..and late in what was an incredibly long production run. 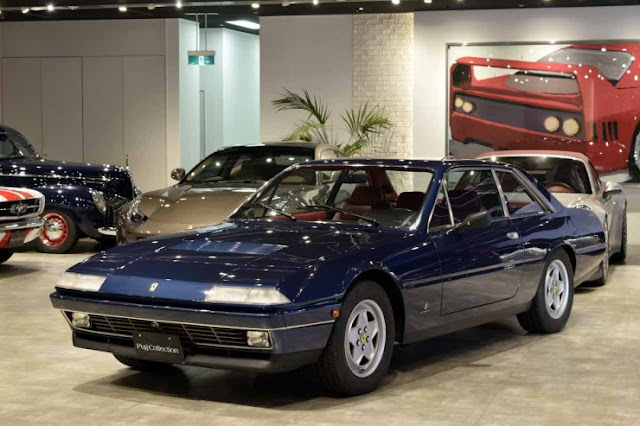 The executive express.
1988 Ferrari 412. Second last year - and already three years into - the third series of a chassis that had largely been produced as-is for SIXTEEN years.
What was it with these high-end GT cars and their ludicrously-long production runs? When Ferrari's 2+2 continent-crossing machine here was brand new; Porsche's 928 was into it's tenth of a seventeen year lifespan.. Jaguar's V12 XJS thirteen into a twenty year run, and BMW's 6series, Mercedes' SL, and Aston Martin's DBS/V8, twelve, sixteen and nineteen years respectively into runs that - like the 412 - finally wrapped up in 1989.
I guess in the late eighties, having a GT car with a warmed-over (albeit very high-end) 70's design was your only choice.
Can you imagine that today? No.. not a seventies design.. but a design introduced very early the decade before? It just doesn't seem to fly too well these days!
This Ferrari 2+2 V12 grand tourer for example.. was technically superseded by the 456GT... then the 612 Scaglietti. Remember that from a couple years ago? Well it ran from 2004 to 2011 - seven years - replaced by the four-whee-drive FF. The FF? That's just had a full refresh five years in... and is now the GTC4Lusso. I'd go into the other manufacturer's equivalents, but at this point the rambling sofar is likely off-topic enough..! 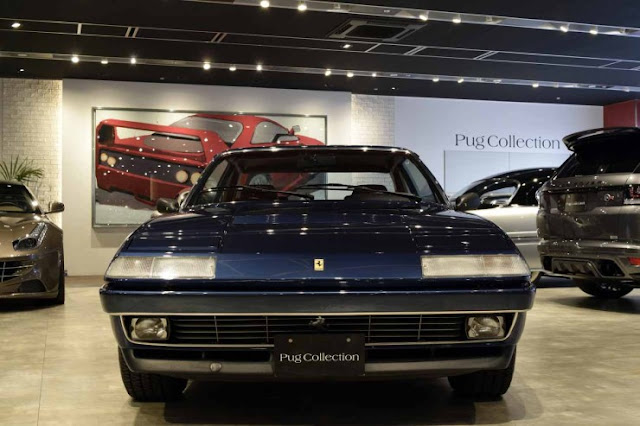 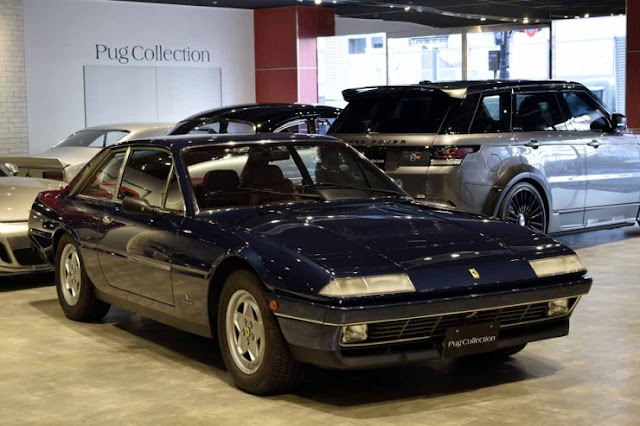 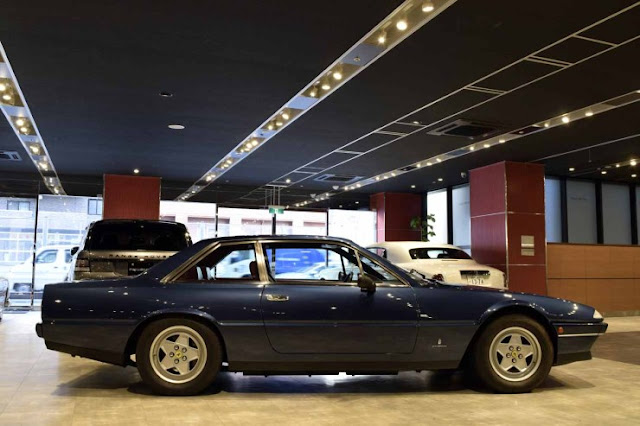 ..so back to the car at hand.
Not my hand unfortunately, but the Japanese dealer Pug Collection.. and their stunning 34,000km blue-on-red example. 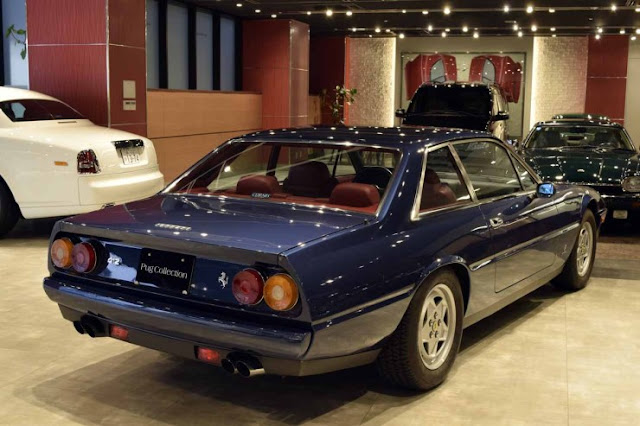 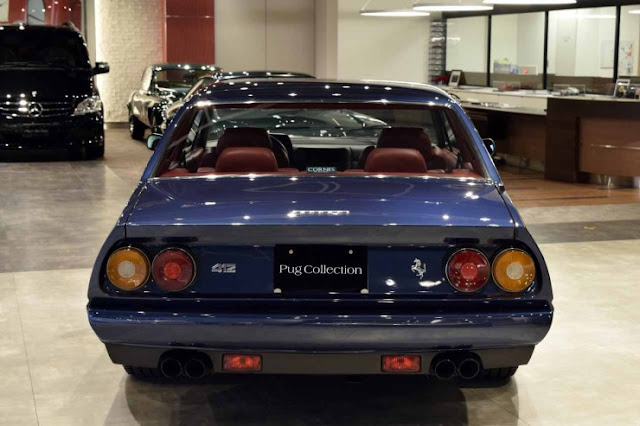 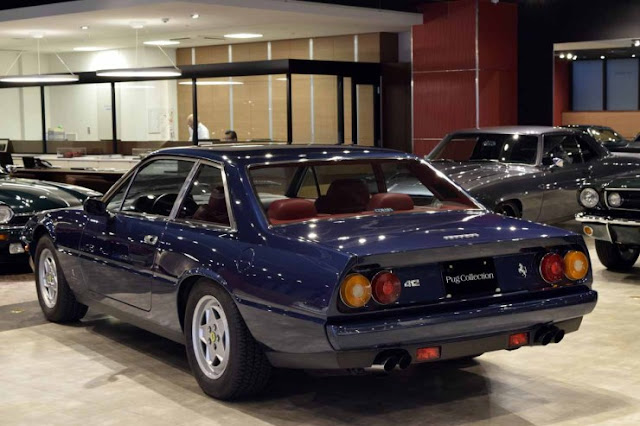 What a car. What a colourway!
Damn that thing's handsome. Hugely underappreciated in my eyes.. as (looking past possible enthusiast-concerns at the time of an Automatic Ferrari) this is a proper V12 Ferrari GT car. It looks great, reasonably usable (assuming you've got deep pockets), and keeps its head down fairly well so to speak. Particularly in this colourway, it's just not unnecessarily flashy in any way. 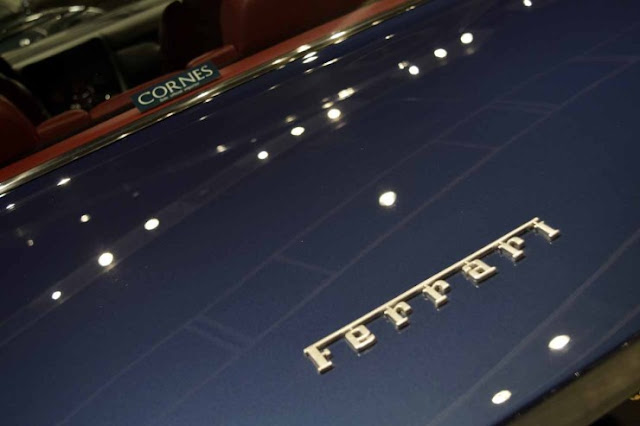 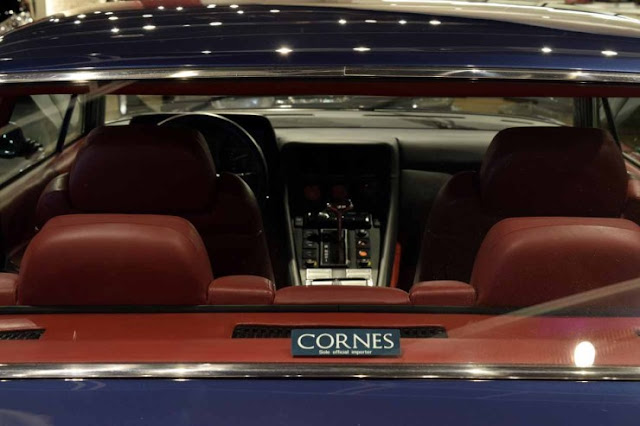 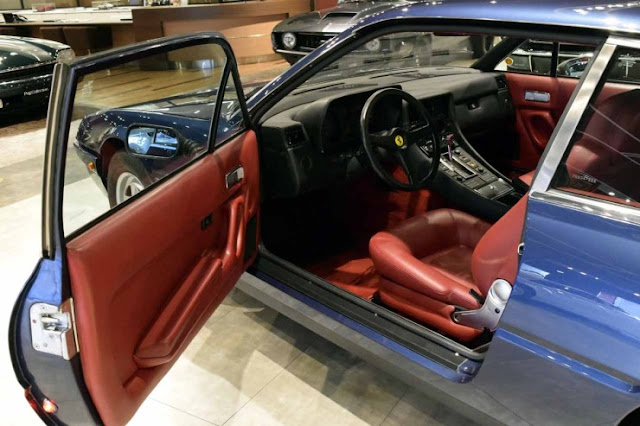 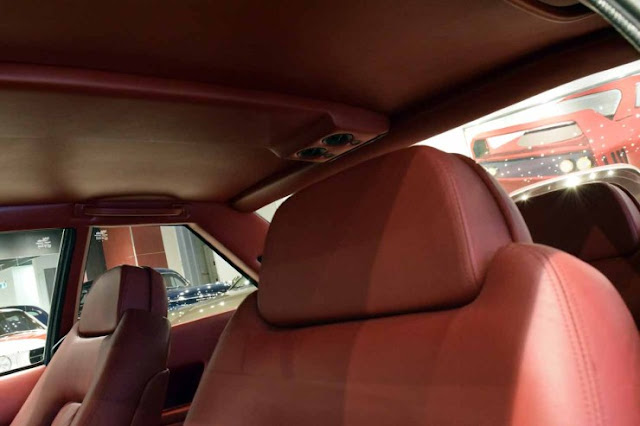 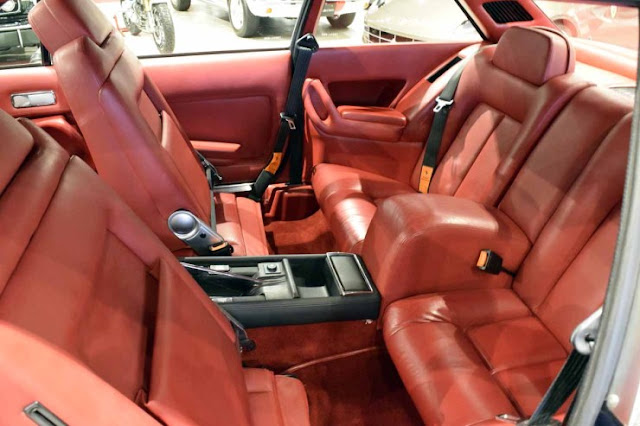 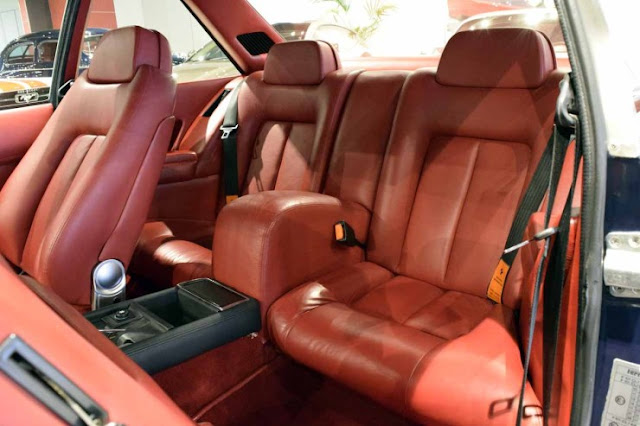 Nice tight leather seats (thankfully not ruched/ruffled or pillowy from its 1970's origins..), arm rests with interesting grab handles, and an overhead console with what (impressively) look to be air vents for the rear passengers. No idea how that'd be plumbed... 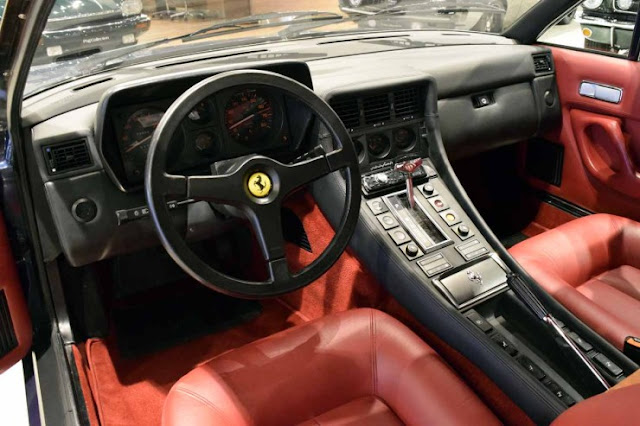 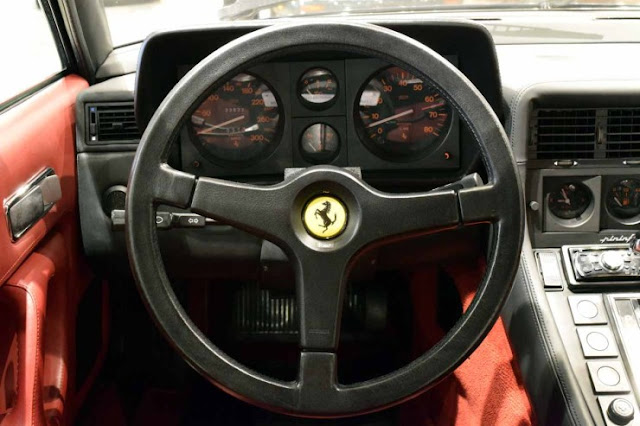 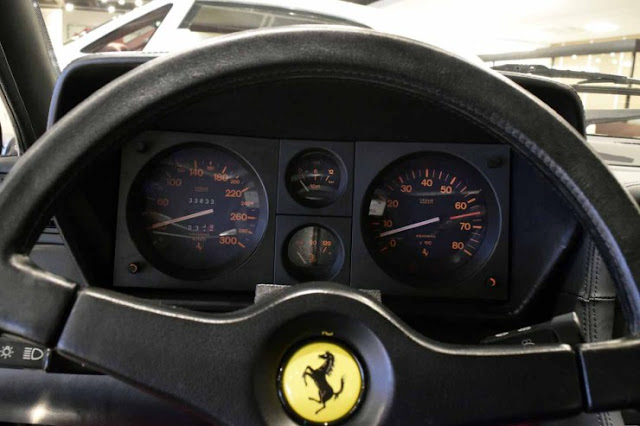 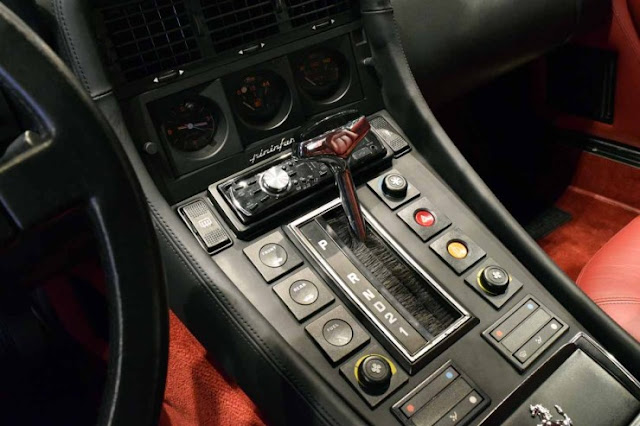 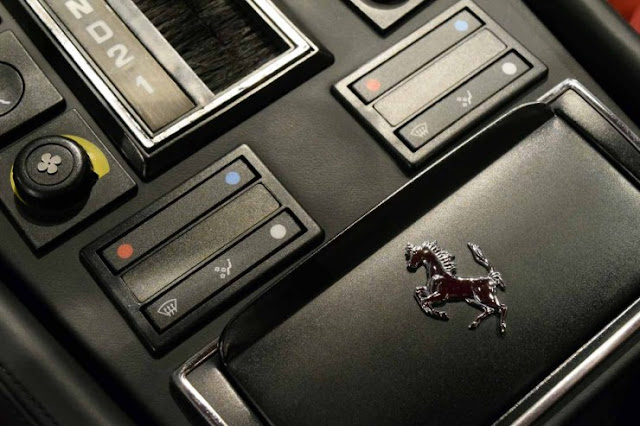 The shifter for the GM turbo400 auto.. flanked by an assortment of buttons, with oddly skew-whiff plastic-square surrounds... 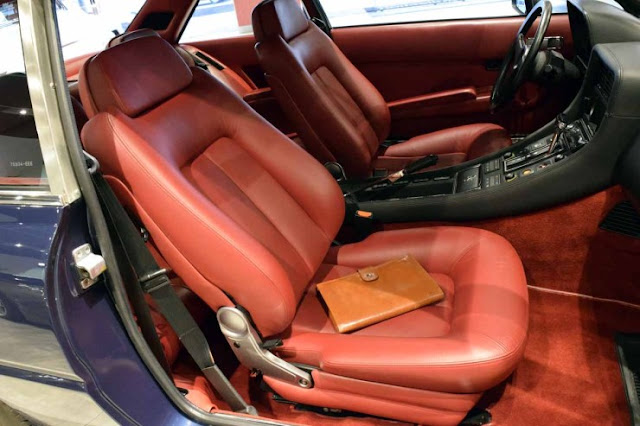 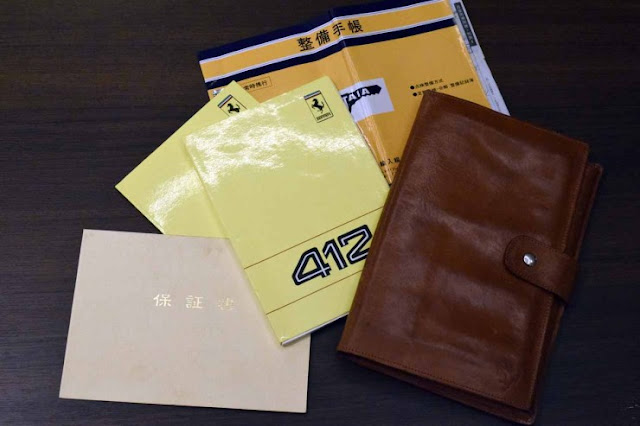 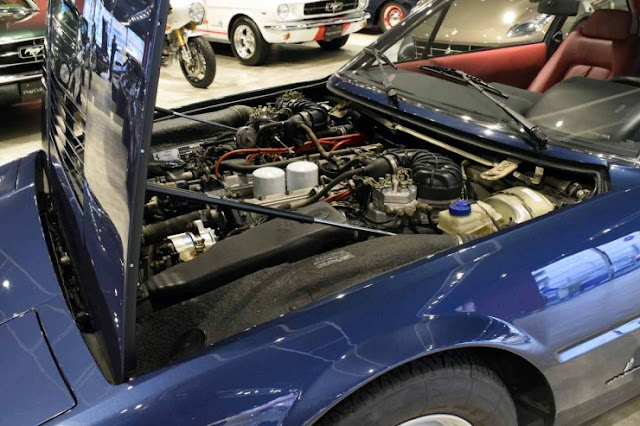 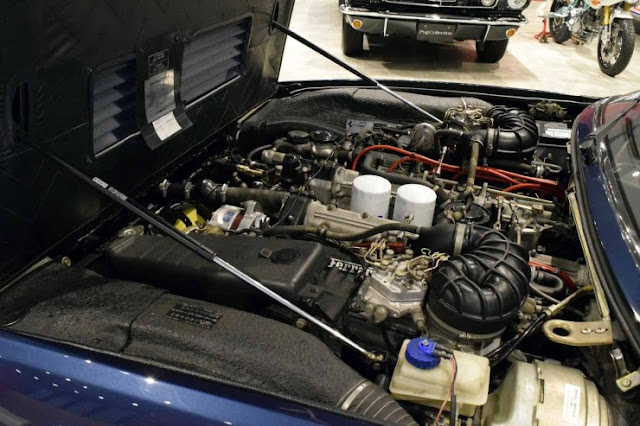 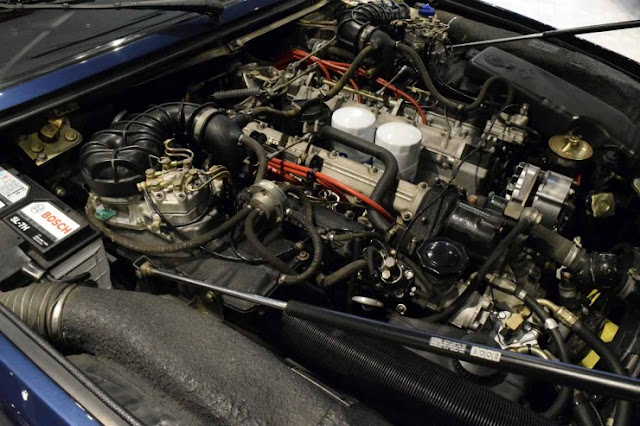 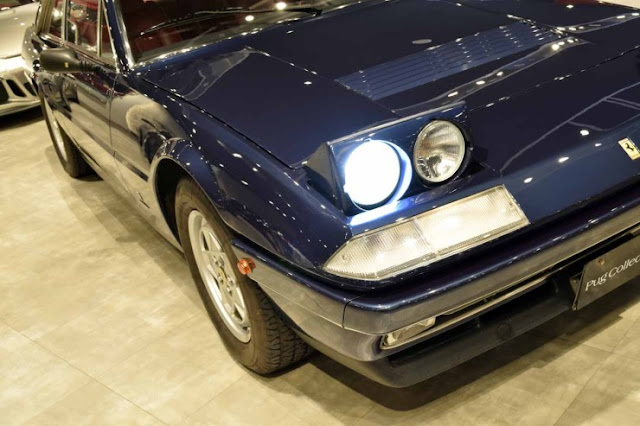 Back outside, and a shot of the pop-up lights up.. with HID bulbs (that would spring to mind as being quite tasteless) looking surprisingly sharp against the dark blue metallic paint... 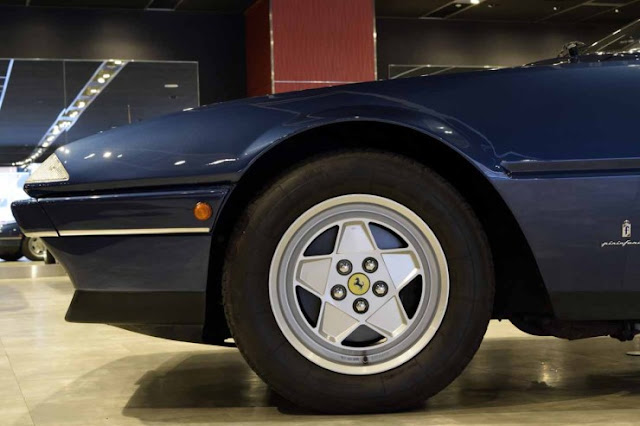 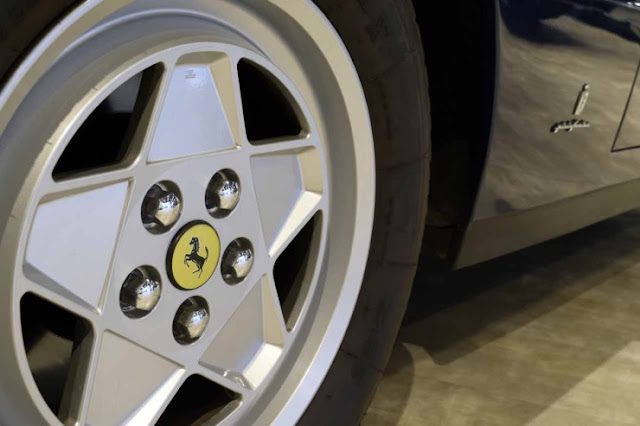 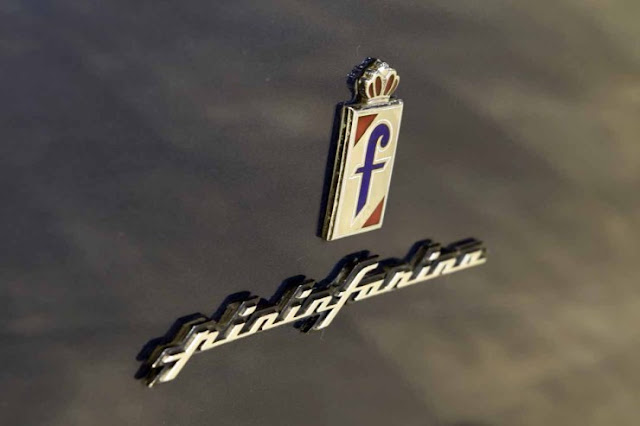 Too bad I have neither the ~$100,000 required to buy the car, or the need for a country-crossing V12 Grand Tourer. While I could convince myself otherwise regarding the second part there; the first.. well I can't convince $100,000 into my bank account. A damn shame..