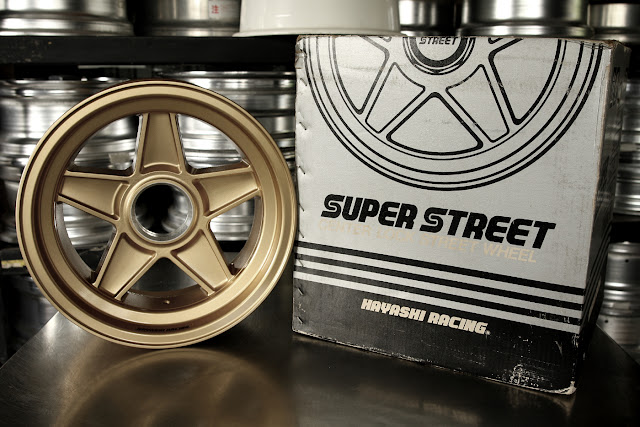 Picked this New Old Stock pair up off Yahoo Auctions Japan, sometime 12-18months ago; from a seller than had been trying to move multiple NOS boxes of the same for a good 12months before that. Yep; set after set of brand-new, never used, 1465 and 1470 5stud centerlock Hayashi Superstreets. Dirt cheap. No idea where they'd got them from.. but there they were.. and "great for display purposes".
..which is exactly why I nabbed myself a box. Great design, lovely metallic gold (a lot darker than these de-saturated images), and the three-colour original packaging? I'm on it.
When I say dirt cheap, I'm not kidding. From memory they cycled around forever at 8500 and 9000yen for the two sizes respectively. If you ever happen to see a NOS 'set' selling with used adaptors, it's very likely those wheels came from the same place. Keep this in mind.. 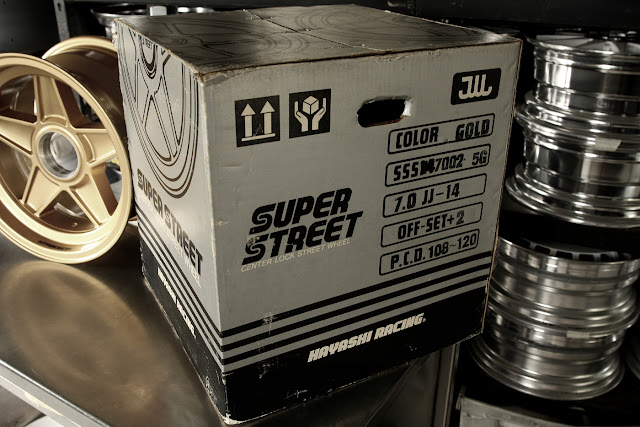 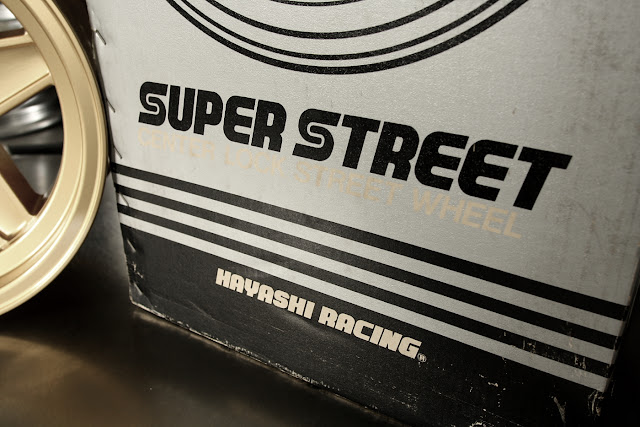 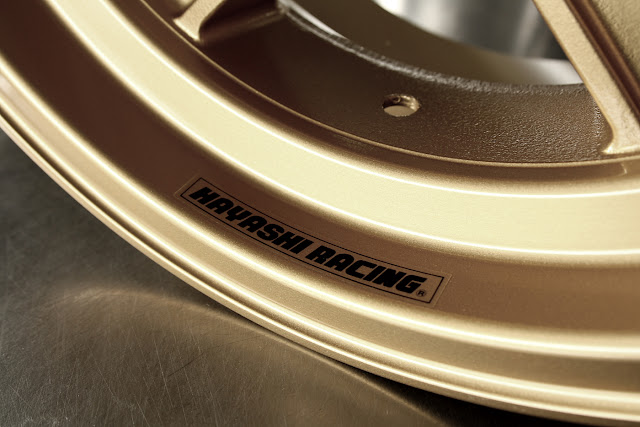 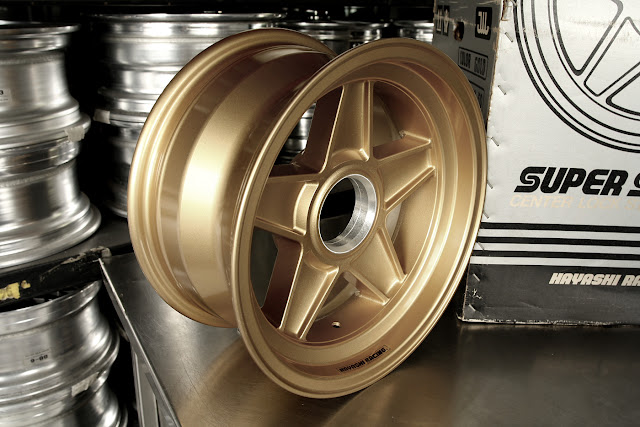 Thirty four years old last June, and absolutely as new. That cardboard box was NEVER expected to last this long... 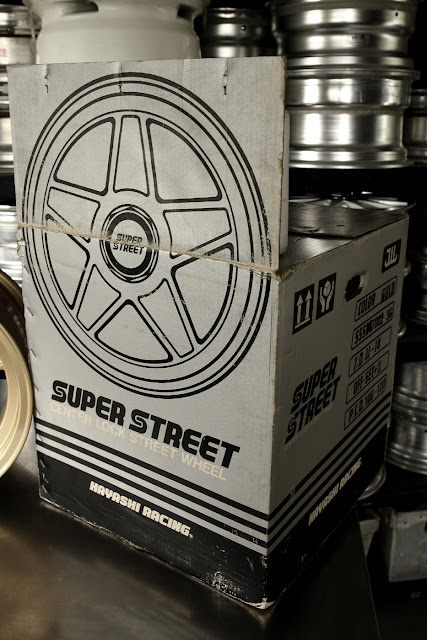 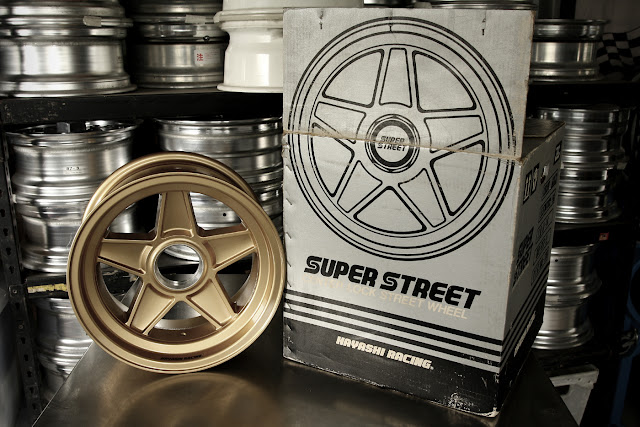 Silver, black, and white ink.. and double-boxed for strength. Fantastic illustration of the wheel wrapping up onto the top surface of the box.. which naturally due to the size of the box is a near-perfect 1:1. Nicely done... 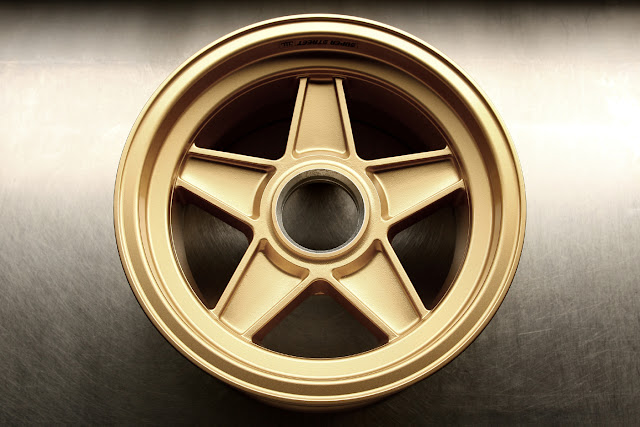 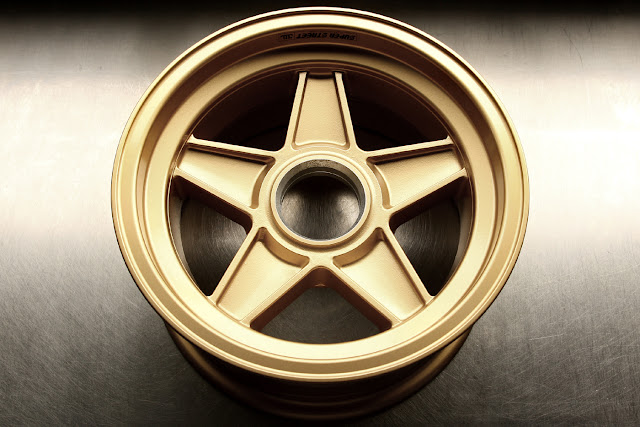 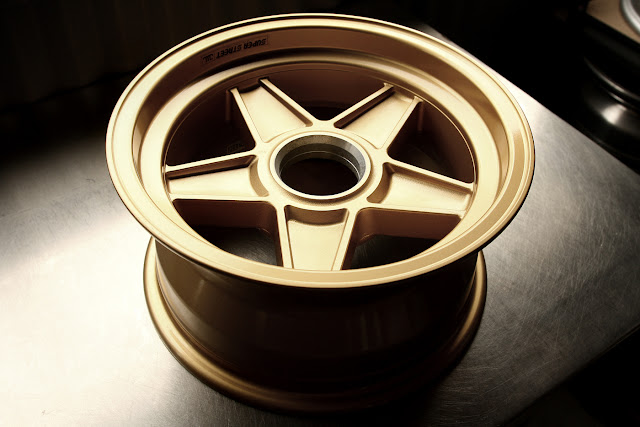 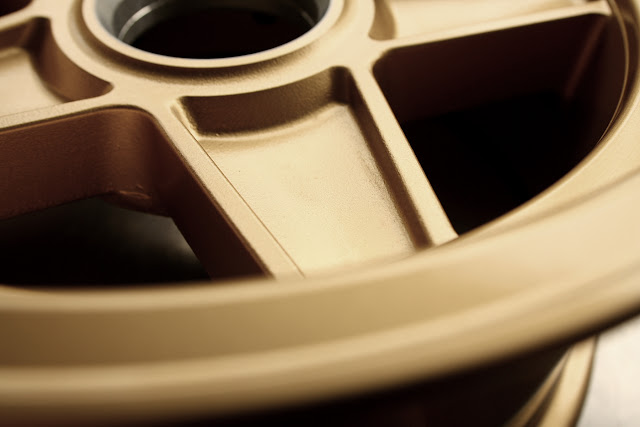 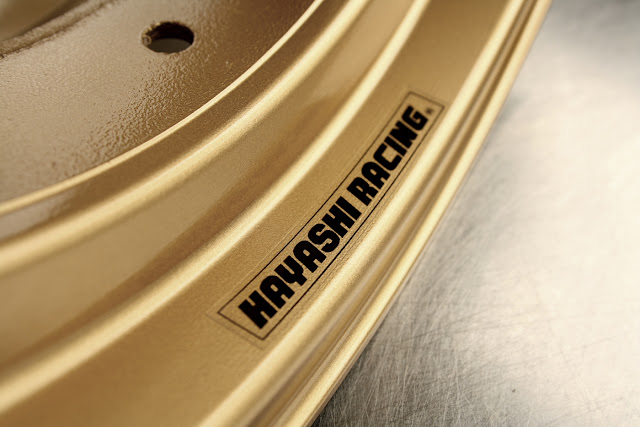 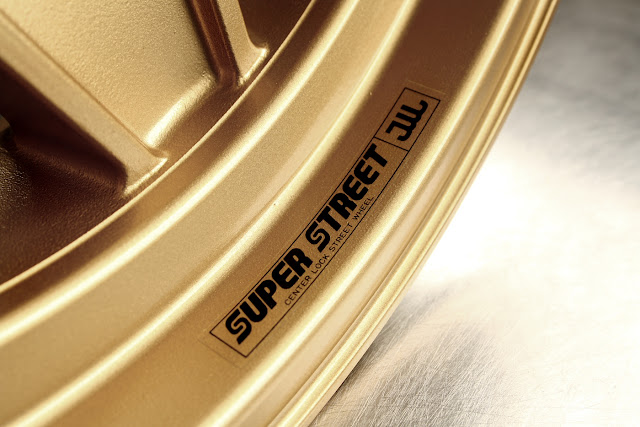 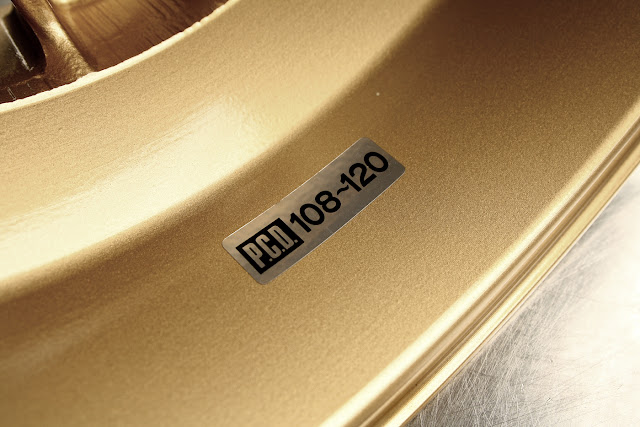 The wheel casting to suit 5x108 through to 5x120 centerlock adaptors... 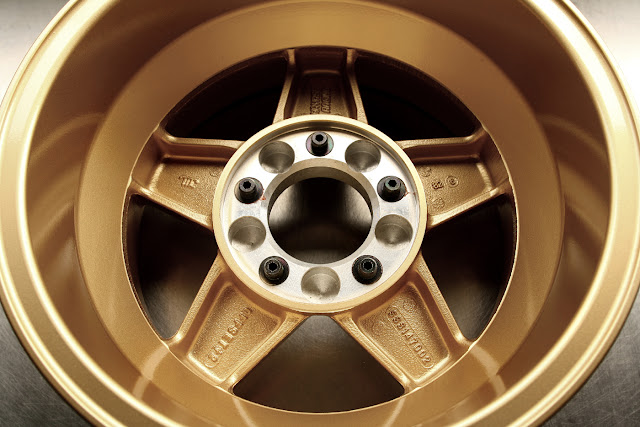 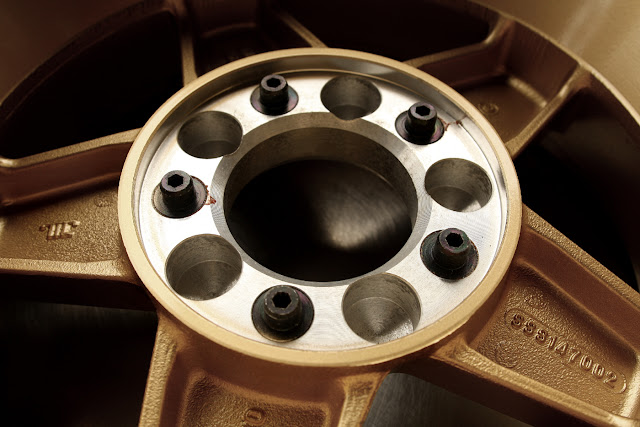 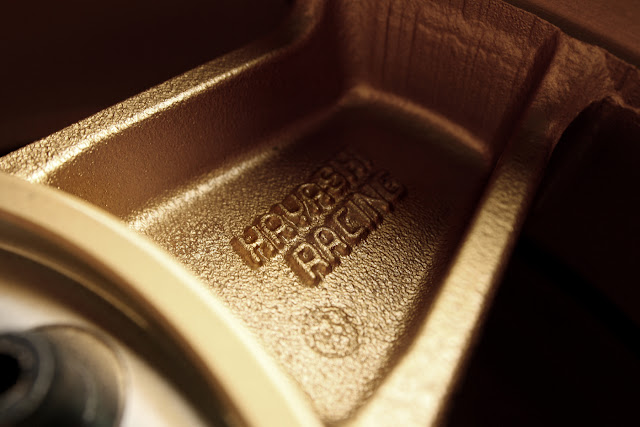 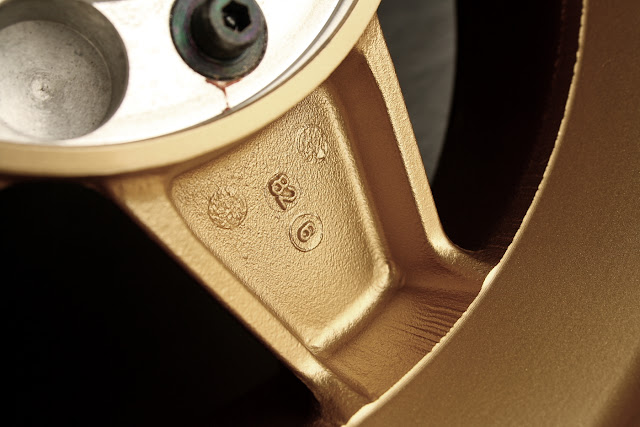 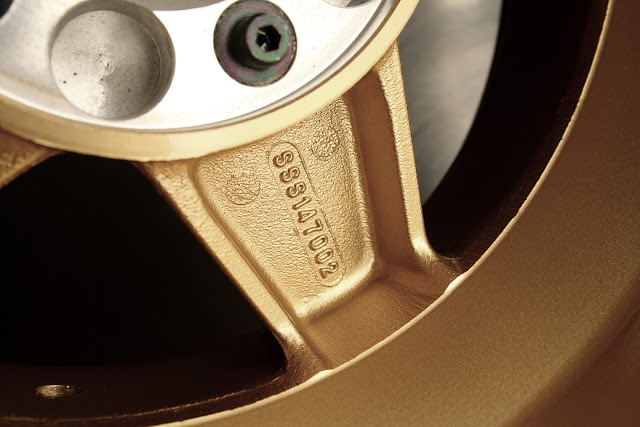 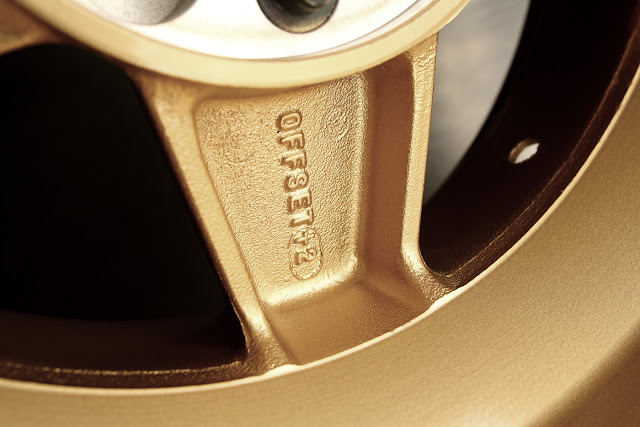 ...and just in-case we wanted a little further clarification. Interesting, as it's adaptor-specific...


Flicked through a couple early Carboy magazines, and found these wheels featured in the usual Hayashi Engineering inside-rear-cover adverts, late-'81 through early 1982... 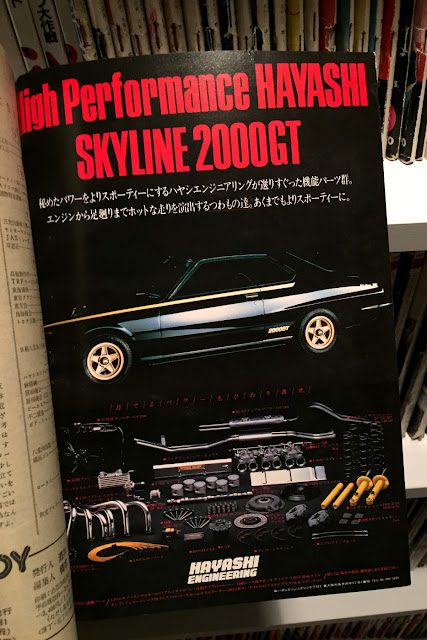 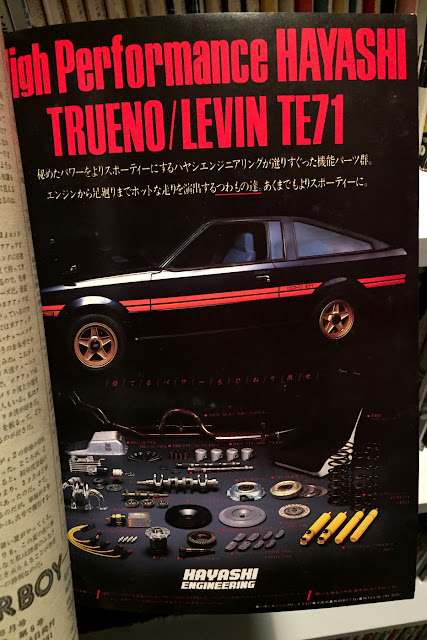 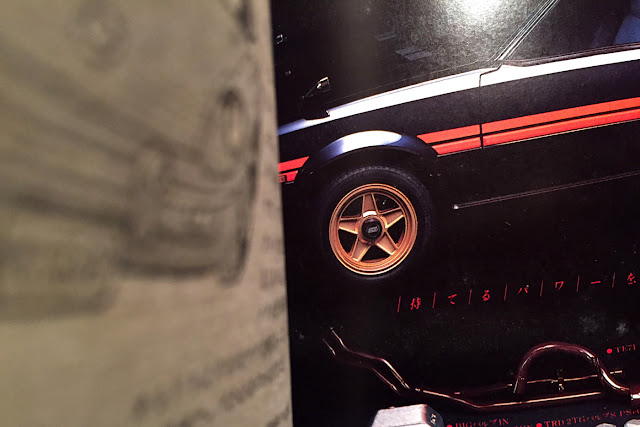 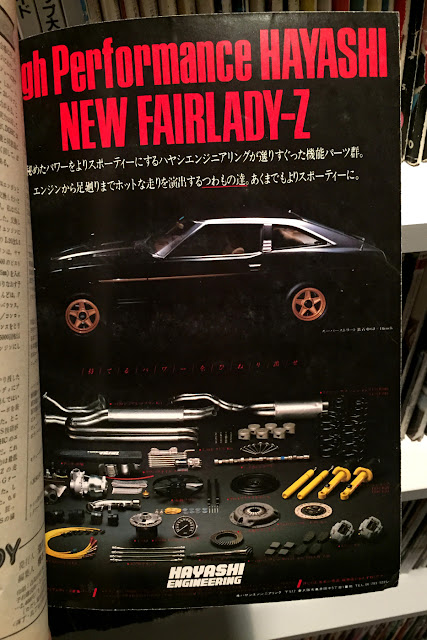 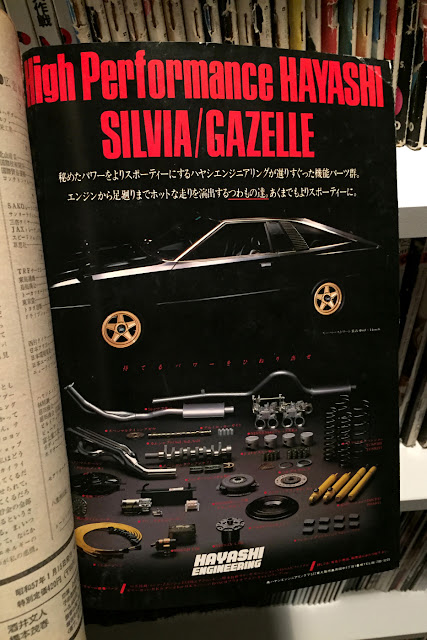 ...and finally on an S110 Nissan Silvia/Gazelle; rounding up three Nissans, one Toyota - and what are four very unusual platforms nowadays.


Done. That's it, that's all.
This took some time as usual, but ehh.. absolutely worth the effort. It always is. A little love for an otherwise forgettable piece of history...