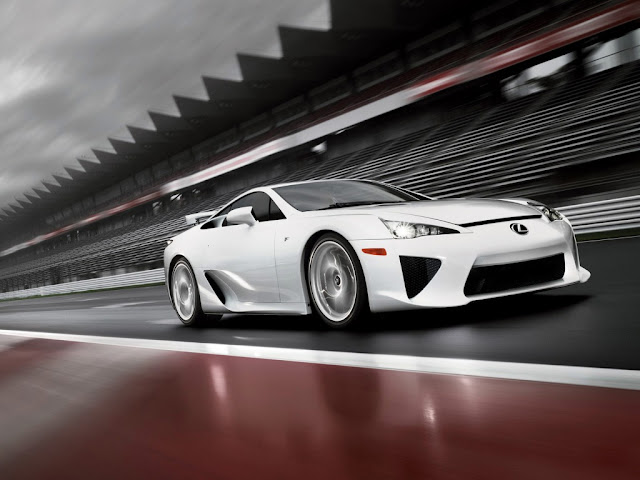 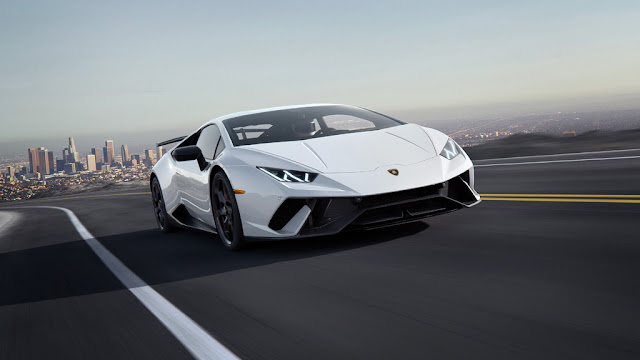 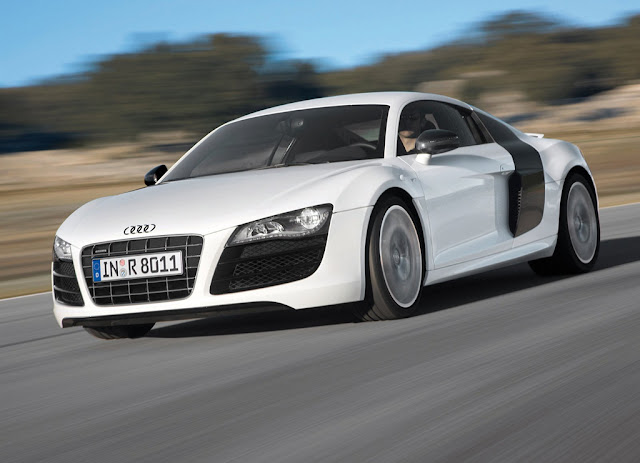 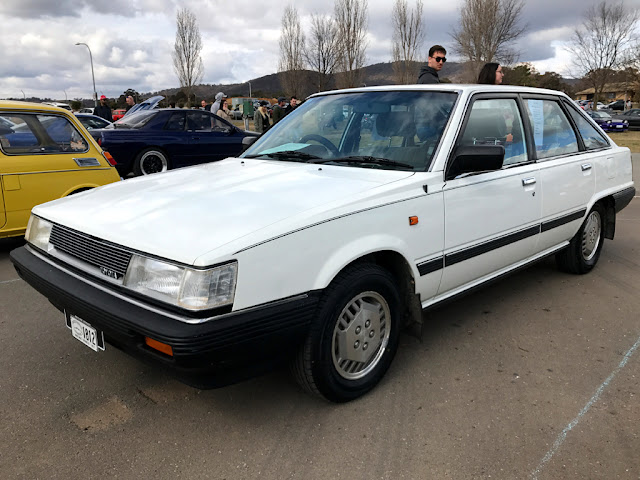 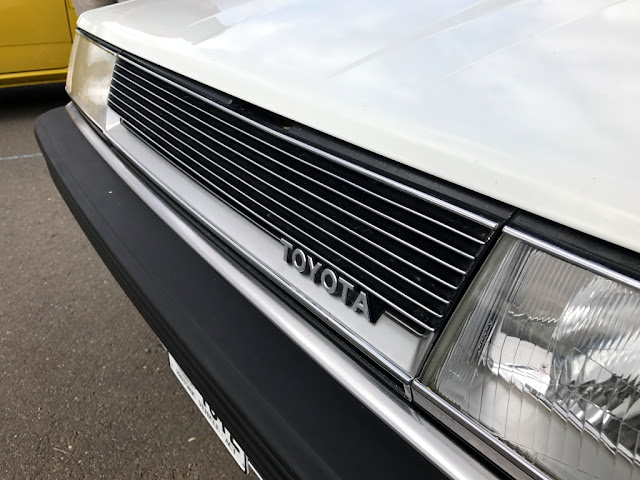 ..actually, no, wait - s'quite possibly rarer if nothing else!

A shining example of early-eighties, front-driving Japanese commuter vanilla; spotted in-the-tin at the All Japanese Car and Bike Show at Canberra's Exhibition Park last weekend.
Something worth waving the camera over (despite the confused looks from most, I'm sure..) with these things being so ridiculously uncommon on Australia's roads. I just don't see them.
That's including a solid decade of somewhat religiously-regular trips to Melbourne's half-a-dozen self serve wreckers, Toyota Car Club Victoria meets, Japanese car events, and what's now six years of eyes-peeled for the specifically-eighties-machinery to share here; no, I'm not exactly tripping over these. 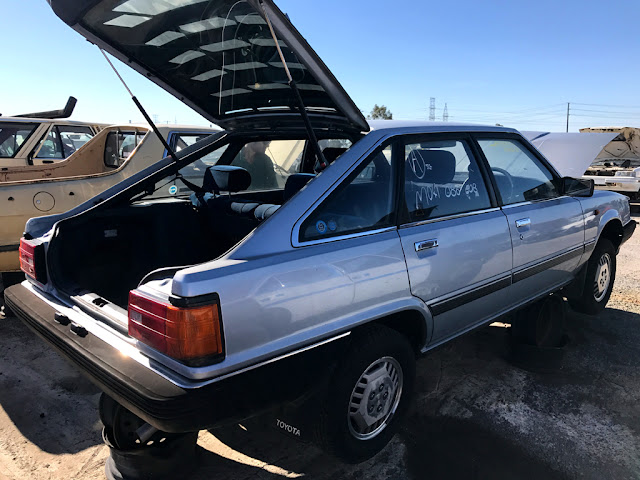 Small tangent here for a second.

I did actually come across one of these at a wreckers in Melbourne back in January. Now obviously when I say "I've got my eyes peeled for one of these", I'm waiting for an original and complete car in particular... which this.. err.. appears to be? Uhh.. I can't clearly remember why I didn't do a full photo-set of this, but a missed opportunity for sure. I did have a couple mates with me there at the time... so yeah, let's just blame them, okay? 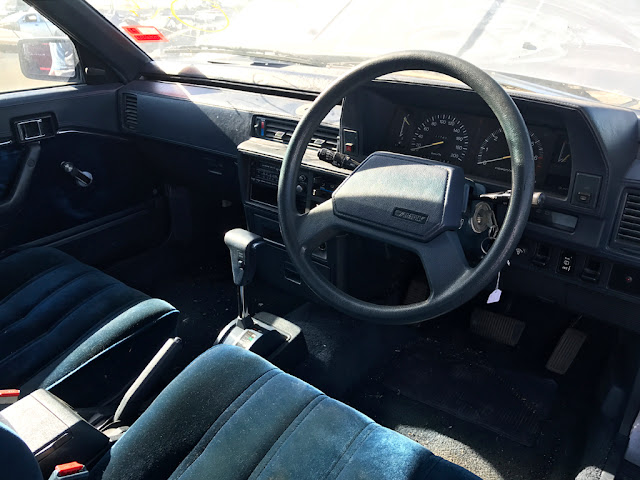 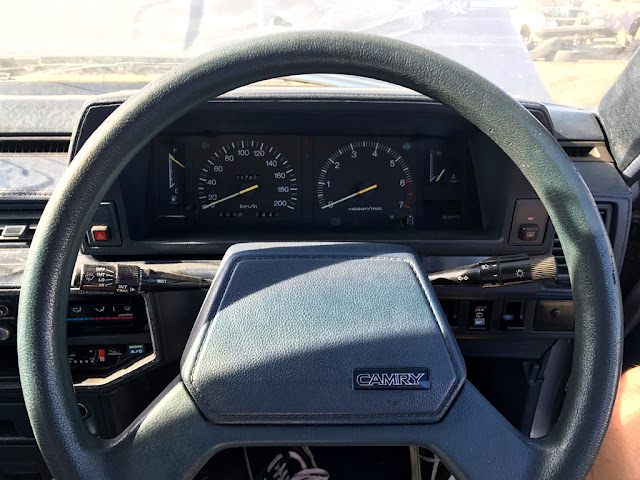 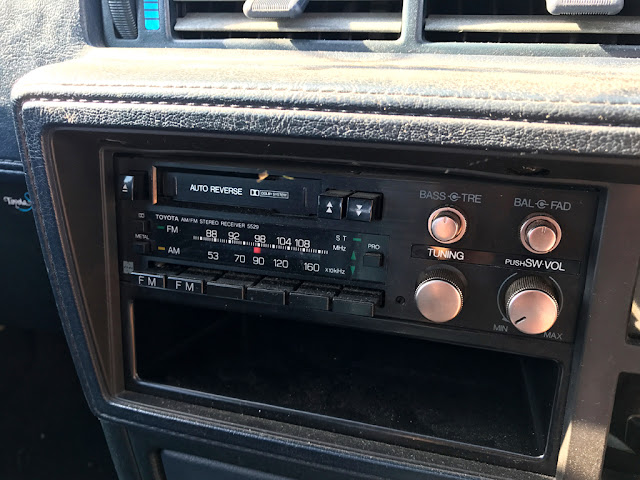 
But enough of that; let's get back to the example at hand: 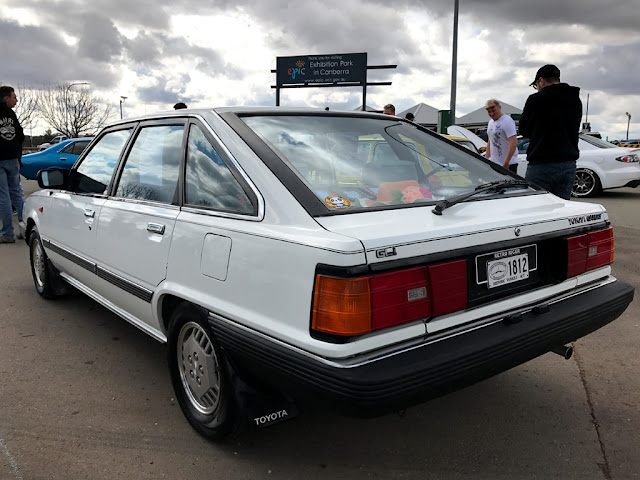 ..and since I've gone about this all arse-backwards, it's also about time I properly introduce what the hell I'm talking about here.

So what are we looking at exactly? And other than the similarly stunning bodywork, what the hell has this to do with an Lamborghini Huracán?!

It's a 1982- *V10 Toyota Camry; for all intents and purposes, the first generation of one the most popular mid-sized cars to ever come out of Japan.
Arrival onto the Australian market was early 1983; fully imported, well equipped, and Liftback-only; they sat above the Corona and below the Cressida with pricing that kicked off at a shade under $15000 - enough to otherwise get yourself anything from the sporty A60 Celica to a 4X4 HiLux/Tercel/Landcruiser! Obviously popular enough to later justify Australian production of the wildly-successful V20 second-generation car, but surely still numbers low enough to explain why I don't bloody well see any! 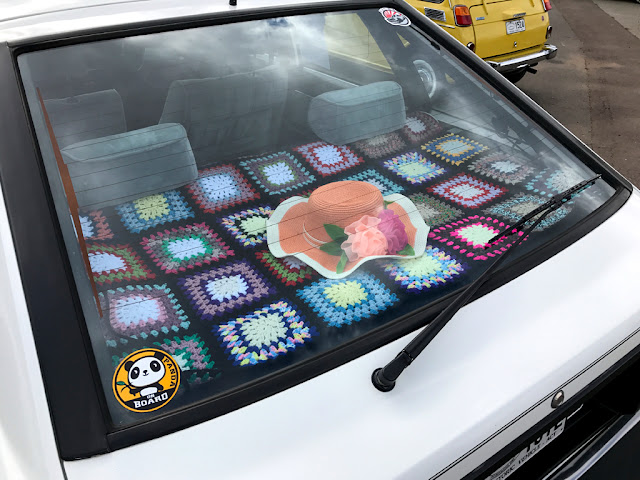 A lovely crochet blanket cargo-cover, cover.
Speaking of which, power for all Australian SV11 Camrys - all 77kW of it - came from the 2S-EL four-cylinder. Early days for the long-running and very-Camry Toyota 'S' engines, here in basic single-cam form (yet still 2000cc and EFI-equipped..). 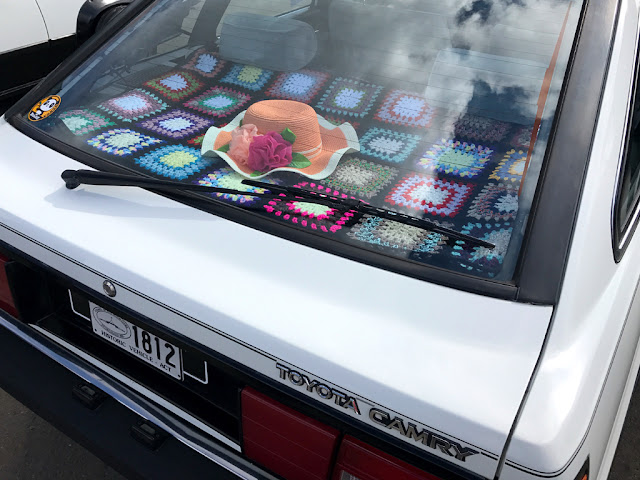 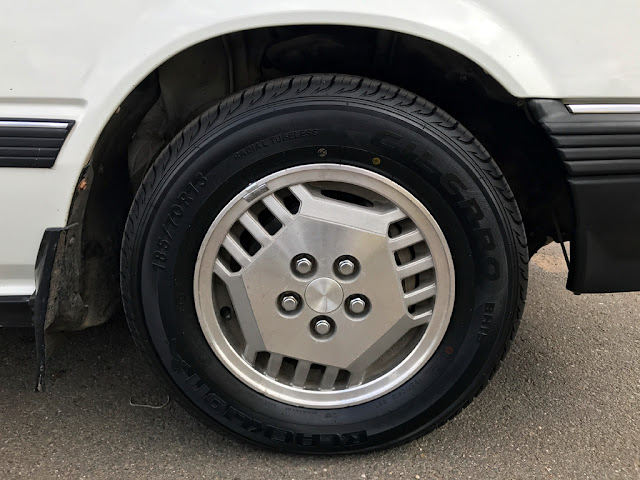 The original 13x5J alloys that so busily dragged everything along. Interesting to note the similarities to the 1984- AW11's three-spoke alloys... 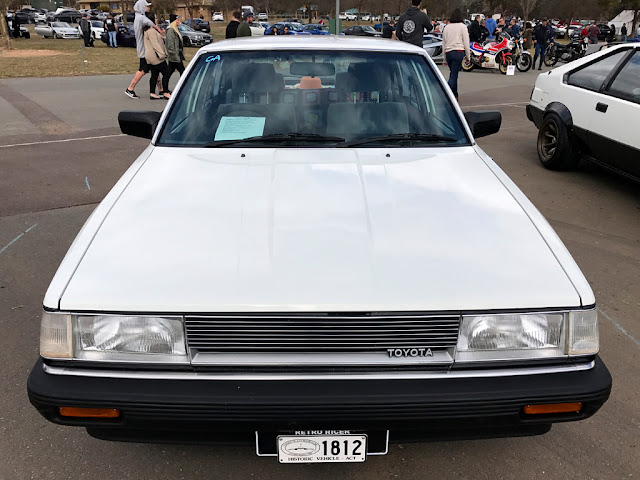 Done.
..well we're done; this Camry's doing fine - unlike the sadly apparently-tidy one I spotted at the wreckers earlier this year, this one's still on the road..!
Not only that, this 130,000km (<81,000mi) could be yours for only $2800 Australian Dollars. As is so often the case, you couldn't make a tired one this nice for many multiples of that number - a truly ridiculous understatement still - and that's if you could find one at all!