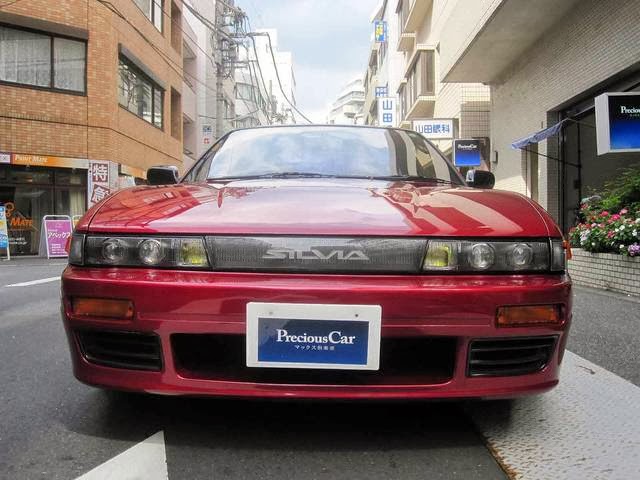 Just to get the soon-to-be-obvious issue out of the way; yes, its an automatic. 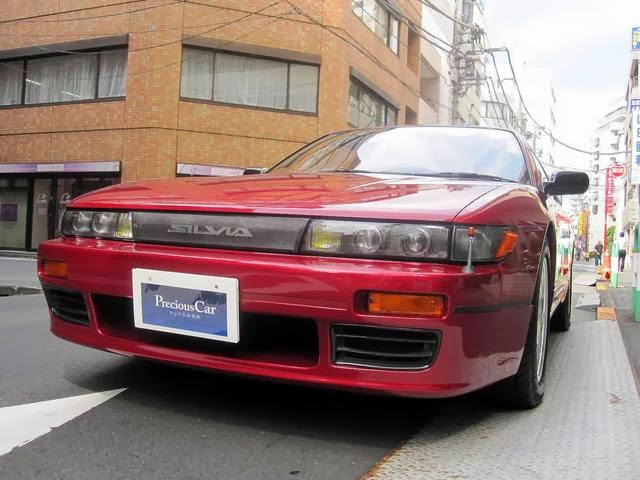 But thats the only thing - and honestly not even the issue to me that seems horrific to most enthusiasts - that tars this otherwise awesome example.
Ironically, and as I've mentioned before; its usually the one detail that saves what seems like all of these from being thrashed to death. 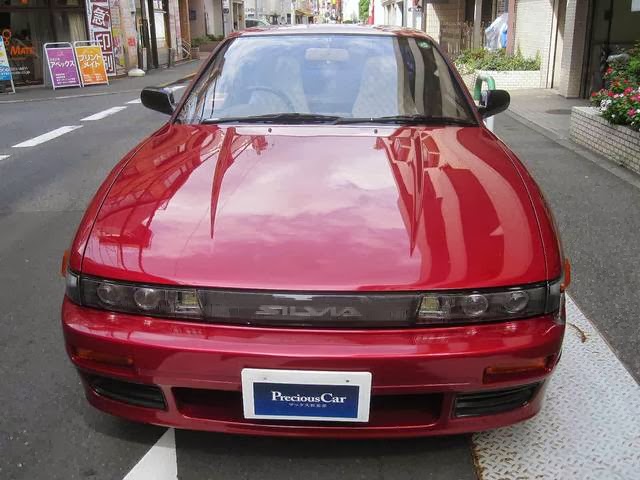 Now as for the main details; its a 1989 Nissan Silvia K's, in a rare/uncommon wine red over tan combination.
Early production (after being released in 1988), and top of the line for Silvia's in the year. Other than the optioned automatic, this car also has the factory sunroof and the HICAS II four wheel steering system. 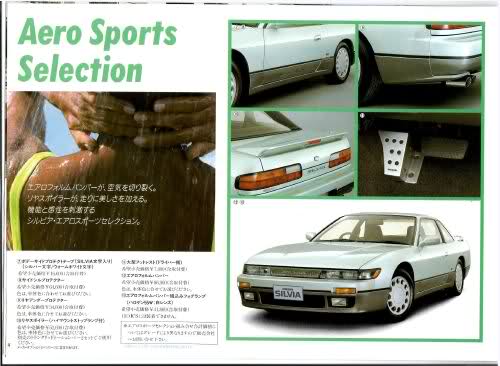 The optional Aero front bar here is never a disappointment either. Looks fantastic.. 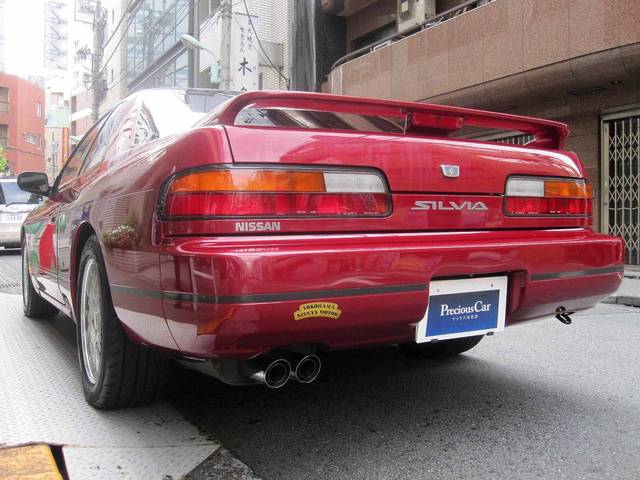 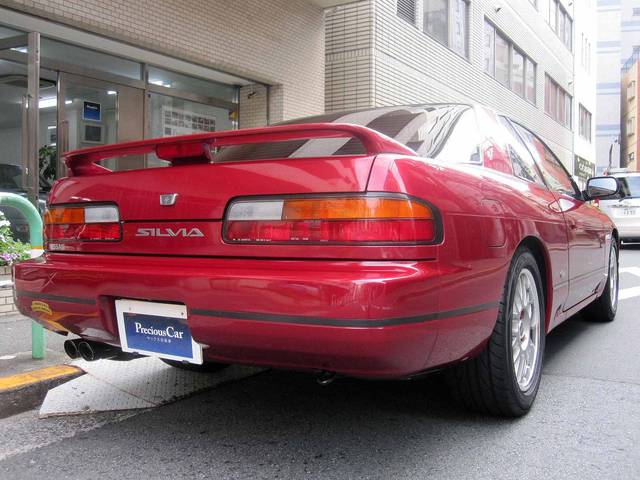 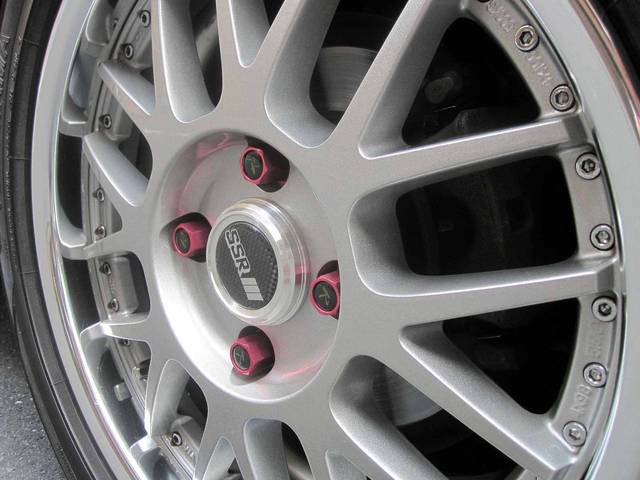 The car is sitting beautifully over a set of 15 or 16" SSR Professor MS1R's.
Even though this wheel wasn't introduced for a solid decade after the last S13 rolled off the line; seeing them in era-correct sizes, with this much tyre, is beautifully refreshing after years of 18x11's on S13's! 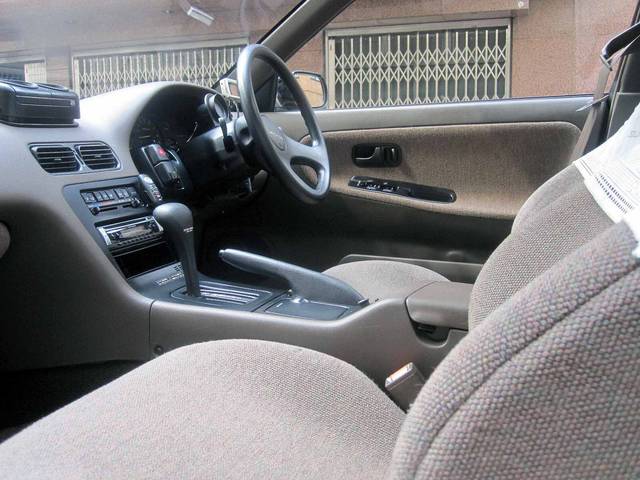 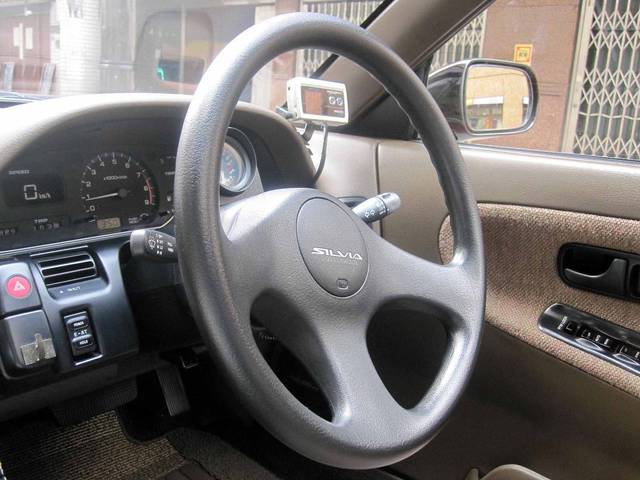 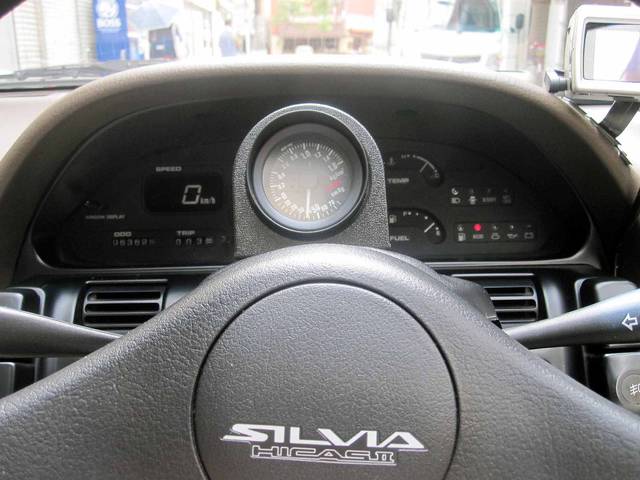 HICAS II.
The brown interior isn't ususally my first choice for S13's, but looks great here.. and perfect against the red. 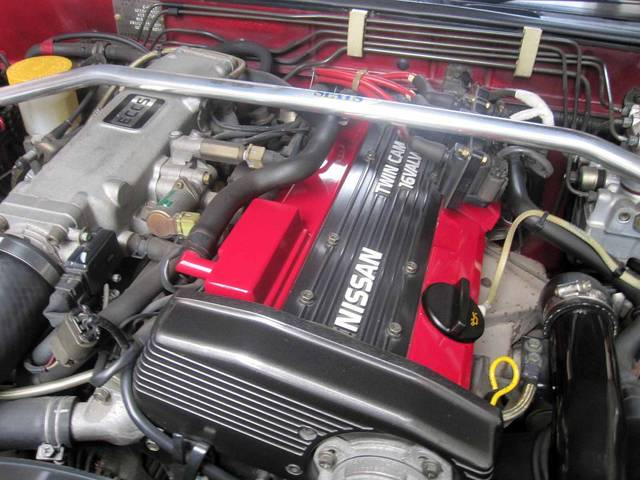 Being a K's, and pre-SR20DET; this Silvia gets the 1.8Litre Turbo CA18DET. Still more than enough to stir that auto up, and get thing moving at a reasonably rapid pace!
My love for early production S13's means the CA18 is perfectly fine by me!


Beautiful car overall.
I'll keep posting pics of minter S13's until i get tired of it.. and that's sure not likely to happen anytime soon..!