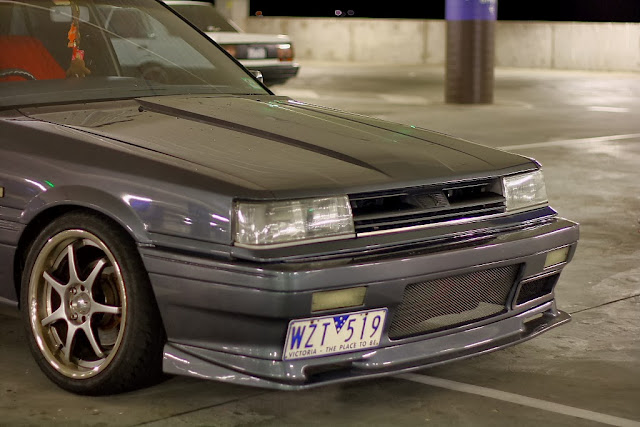 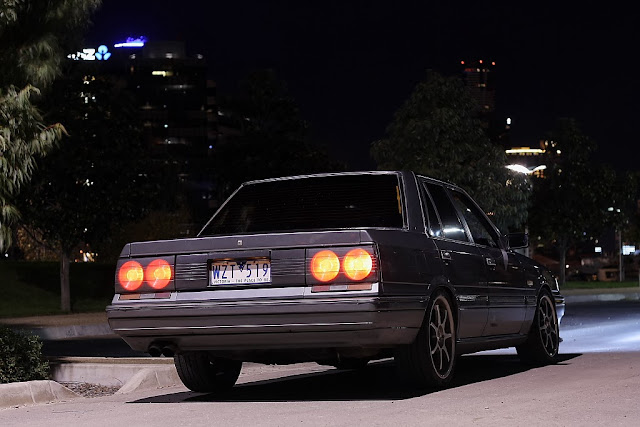 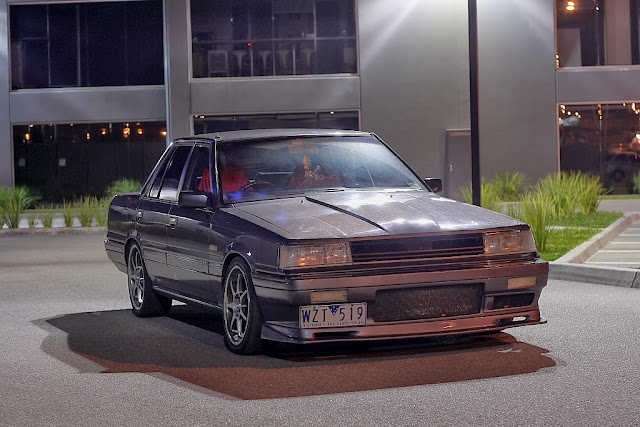 As you can imagine, that all gets bloody confusing; but from what I remember, this car started as a silver 1987 GXE (Series 2, mid level spec) - and usual fare for an Aussie produced R31 - Single cam 3ltr RB30E, 5speed box, and solid-axle disc rear-end.

This one was modified with whatever the hell he felt like, so while it may seem a little eclectic to some, it fkn oozes personality to me..
So..
The (park bench) front bar is from a series 3 (1988-90), with the 'teeth' cut out to clear the front-mount intercooler, mesh added in its place, and a factory-turboed side mount intercooler cutout added to the side.
There is a R31House (possibly a copy) lip added to the underside of the bumper, and an early Japanese-market R31 grille replacing the shorter australian skyline unit and high-beam lights.
Clear R33 indicators replace the factory orange toblerone-style units, while the front indicators are cut out of clear overhead fluoro plastic covers.

The whole lot was repainted in a gunmetal grey, including the usually-black belt line. 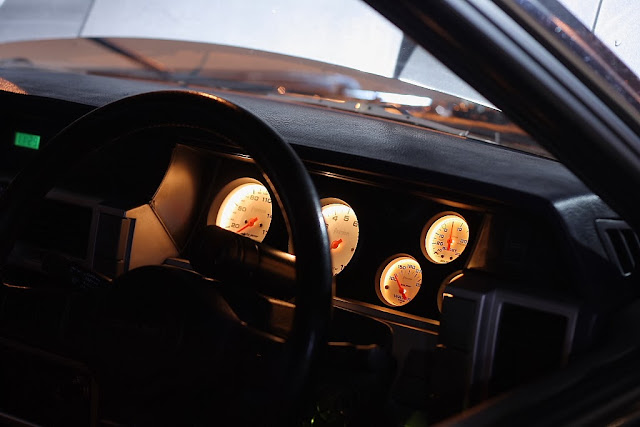 The Autometer Phantom gauge setup that came from somewhere.. 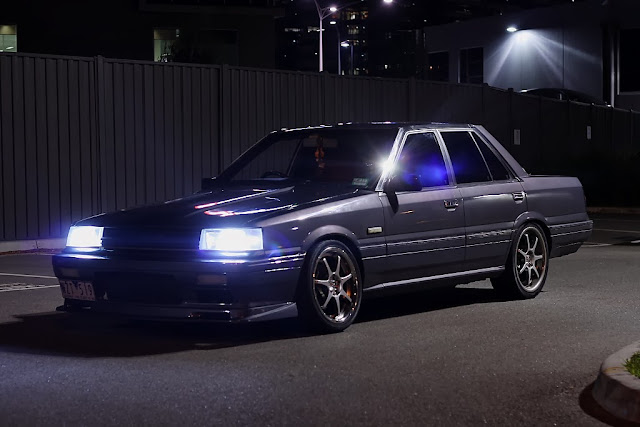 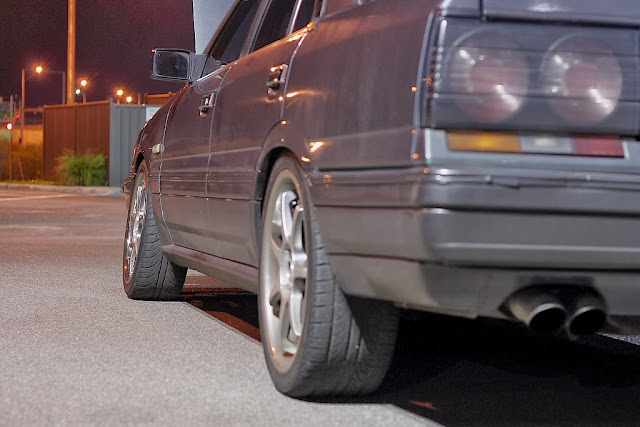 The odd-looking wheel alignment is due to the ever-popular S13 coilover setup - which has the much longer S13 lower control arm pushing the bottom of the wheel far out. The strut is then leaned as far back in as it can go, and we're left with huge negative camber on the front - so negative that it almost makes the solid-axle rear end look as if its running positive camber.
I cant remember the brand of coilover used here, but I wouldnt be surprised if this was as high as it could go! 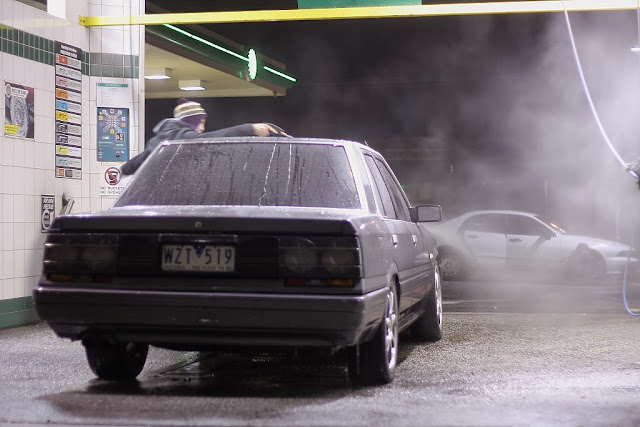 Because the previous photo was a little filthy, a token carwash pic.. 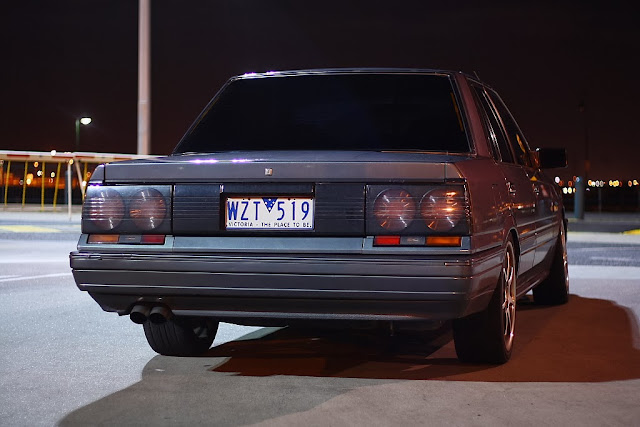 Fixed.
All standard Aussie '31 back here, with the exception of the twin dumpies.. 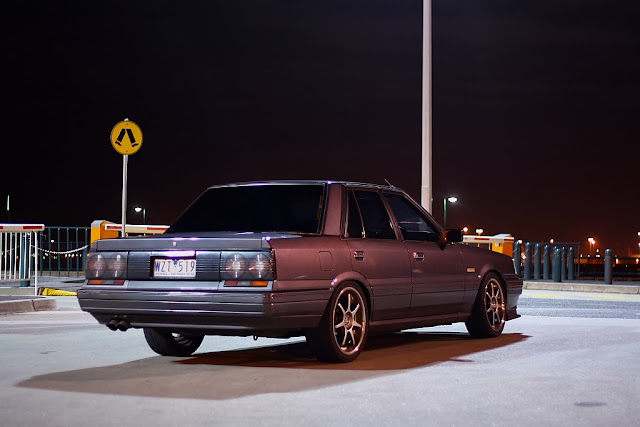 After a classic 'Repco-rebuild', the standard high-compression RB30E was fitted with factory RB30ET injectors and ECU, some sort of GT35-copy Hypergear turbo hanging off an RB30ET manifold... which had been modified to run an external wastegate.. which then had a screamer-pipe that kinda pointed towards the side of the cam cover...
..THEN, a front-mount intercooler setup allowed the AFM to move into the cooler piping, which meant it could run with basically nothing in front of the turbo...

Not out to break any world speed records, but made more than enough of the right noises to make me laugh..! 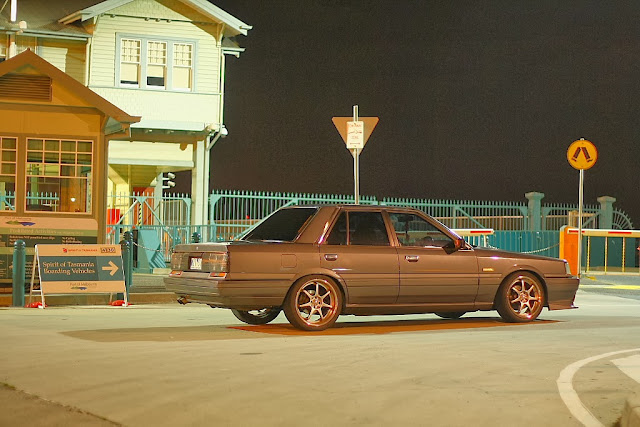 Just bloody fun to cruise around in.. 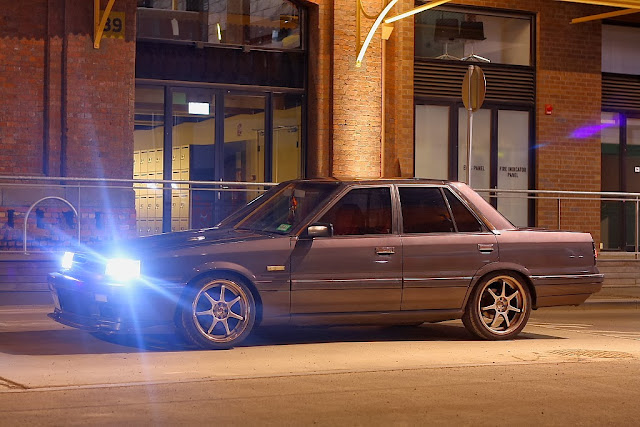 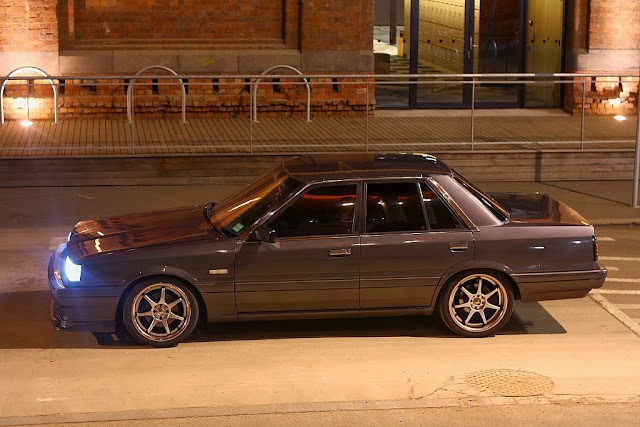 Fkn memories. Had a hell of a lot of seat time in this car over the years.. 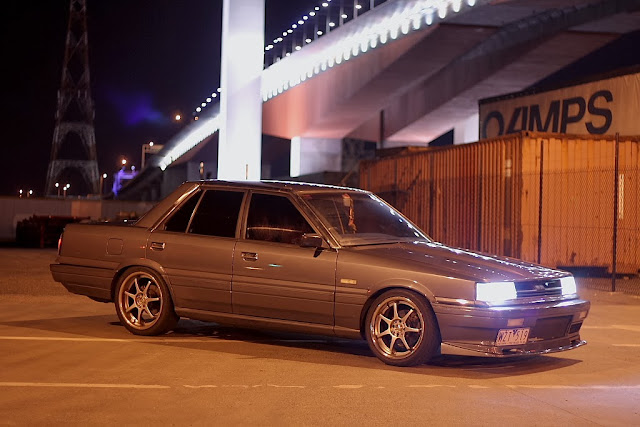 I miss it all.

After being around so damn many for so damn long, I will always have a soft spot for the '31.