I've mentioned it before; but along with my fascination with 80s Japanese cars, is an equal interest in 80's Japanese wheels - and SSR's in particular.
Its the quality, detailing, and unique designs that set them apart for me; and in the decade following from ~1985, nothing else came close.

Among the one or two dozen different designs made during that time, none got any wilder than these.. 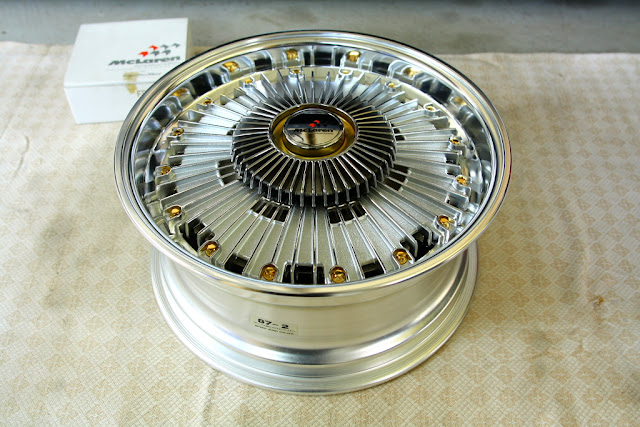 A chrome-plated clutch-fan in the form of a wheel - The SSR McLaren International MS1.
Produced for some time around 86/87, yet far from thick on the ground. These particular wheels have managed to go 26 years without ever being fitted to a car - proof at the very least that the styling was a little bit much for most...! 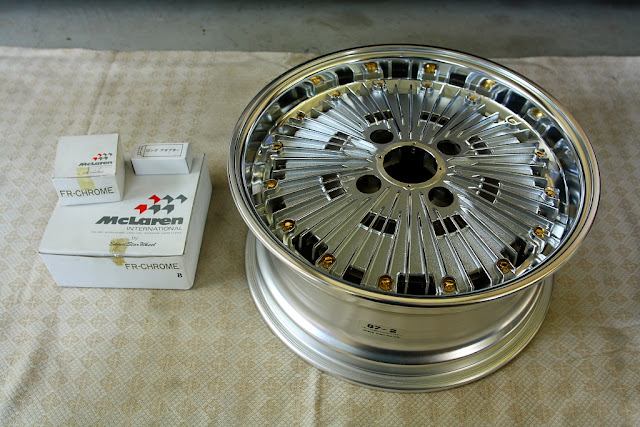 These are the full-chrome 15" version, and 6.5" wide; although I have interestingly seen two sets in 17" in the past.
They're a 3piece (welded barrel/lip) wheel, with a cast centre, and SSR's Electron Lock system. 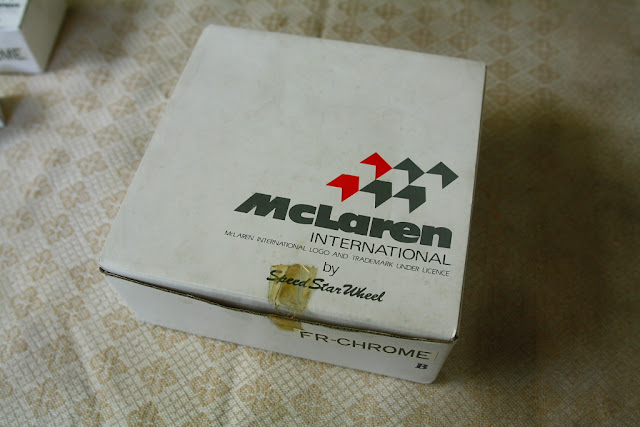 I'm not sure how the McLaren branding came about; why McLaren let Speed Star use the name, or why Speed Star wanted to use the name for this wheel; but it definitely adds an extra element of cool to me. 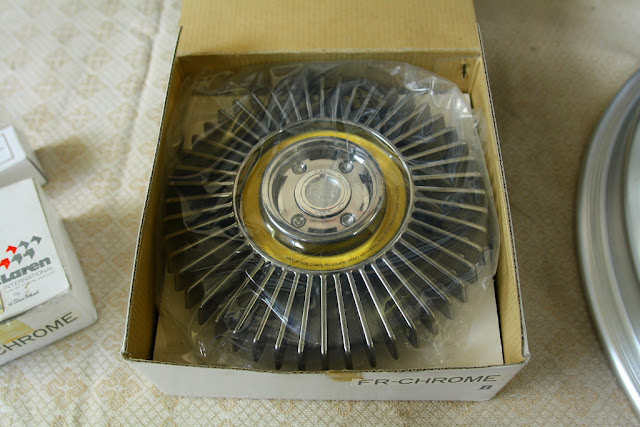 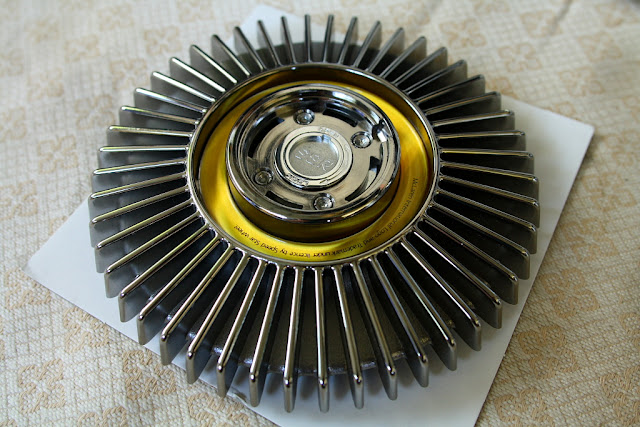 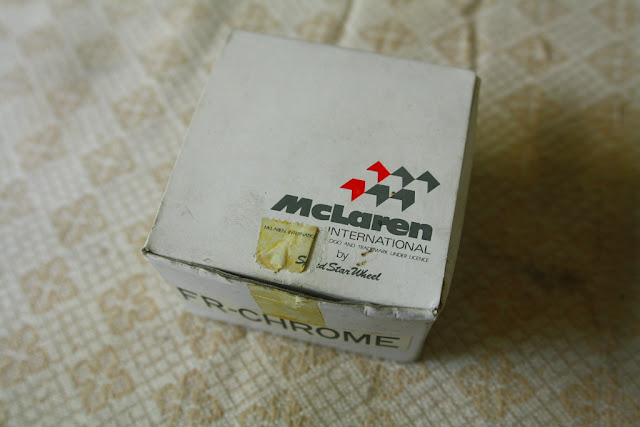 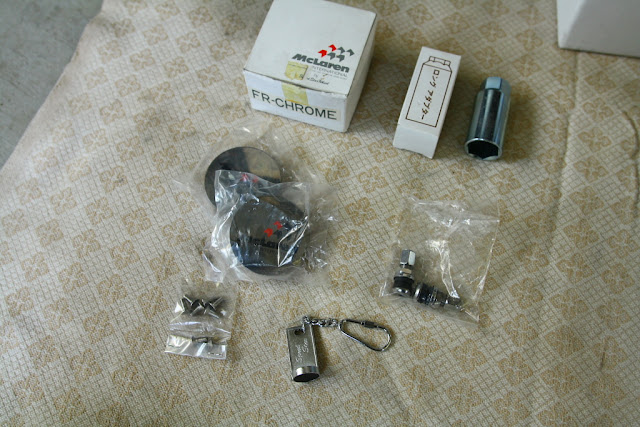 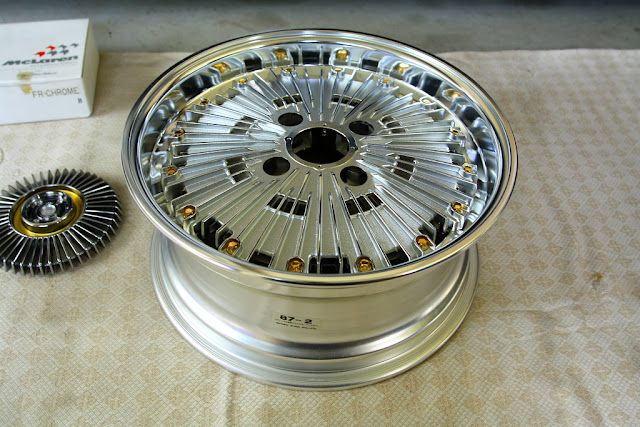 The bare wheel, minus the whole cap setup. 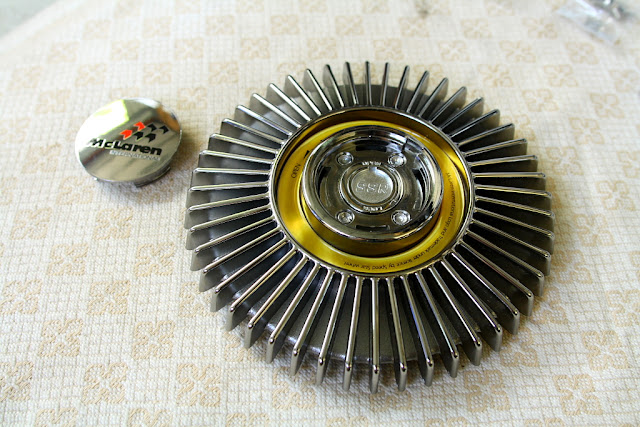 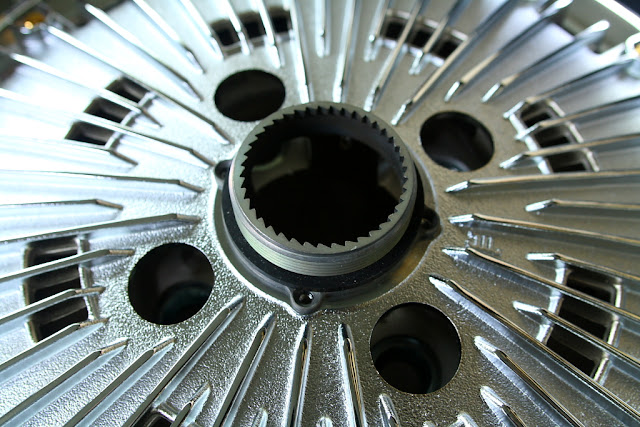 Threaded collar screws to the face of the wheel, with a rubber o-ring to seat against the cap. 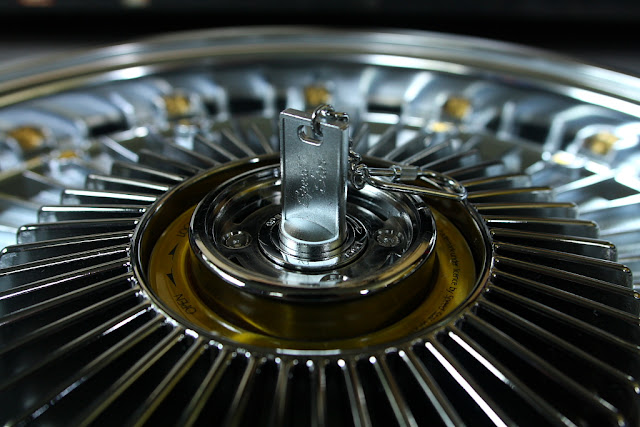 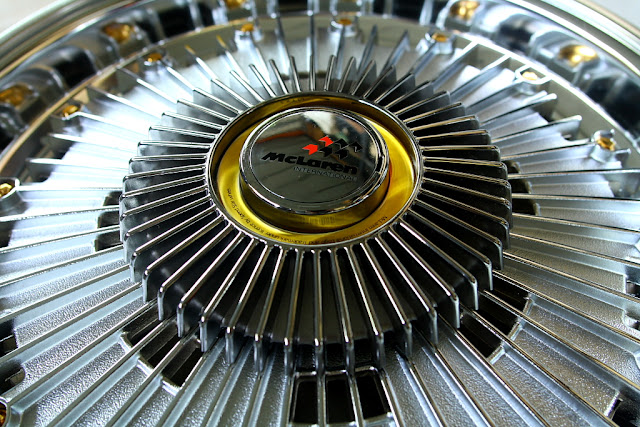 Like all SSR's with the electron lock setup, the cap ratchets on. Really is a nice setup.. 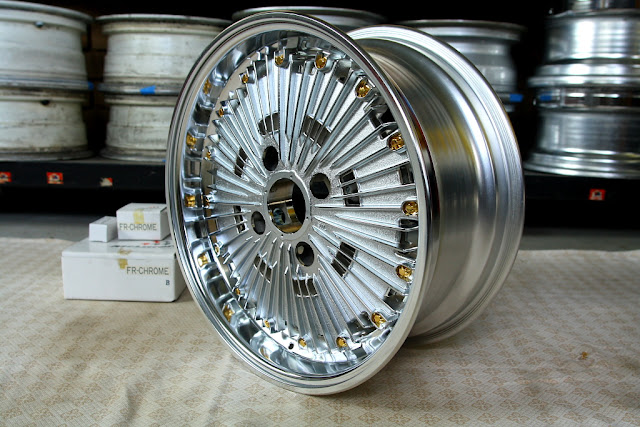 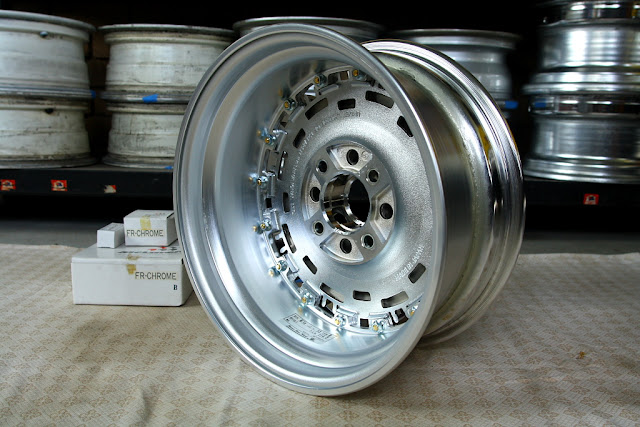 The full chrome face, polished barrel, and gold fasteners is hilariously over-the-top. I'm not sure exactly what these would suit (gold Legend Coupe maybe?) but as a wheel on their own, I love this kind of thing.. 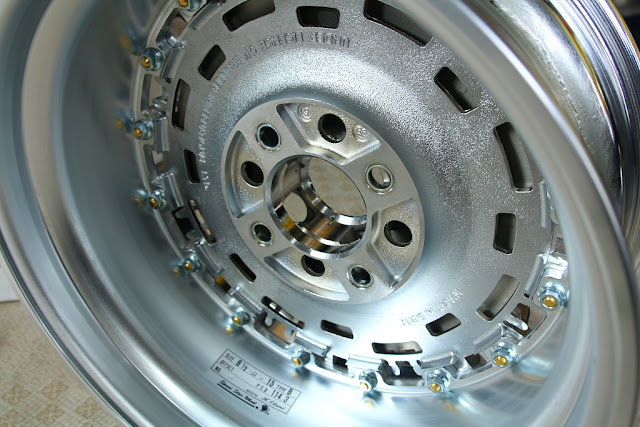 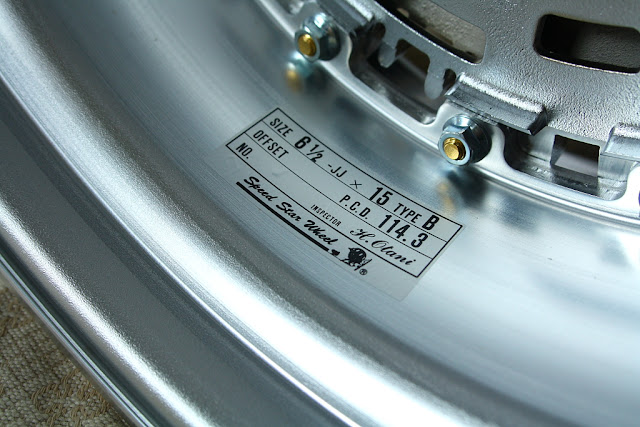 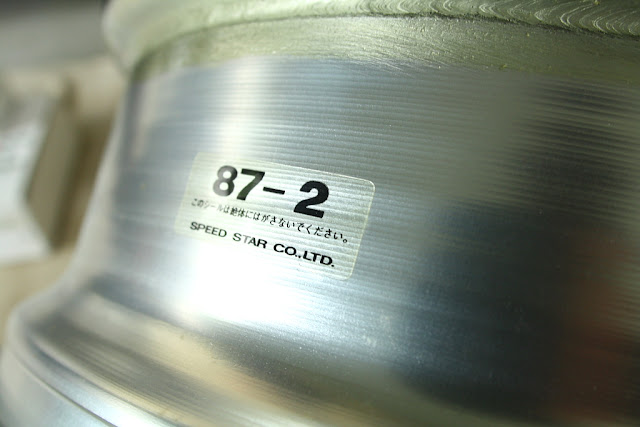 But some detail shots of my favourite aspect of these wheels: 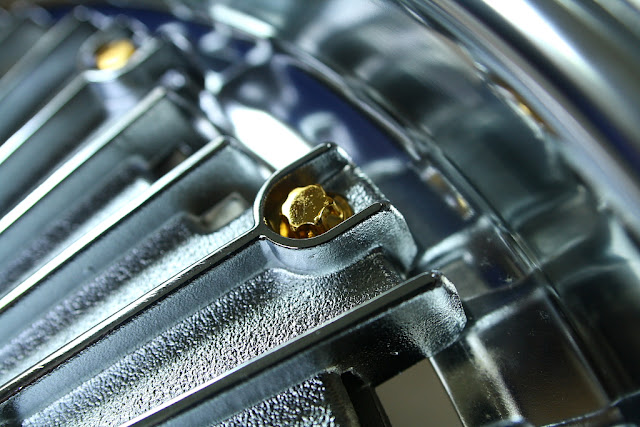 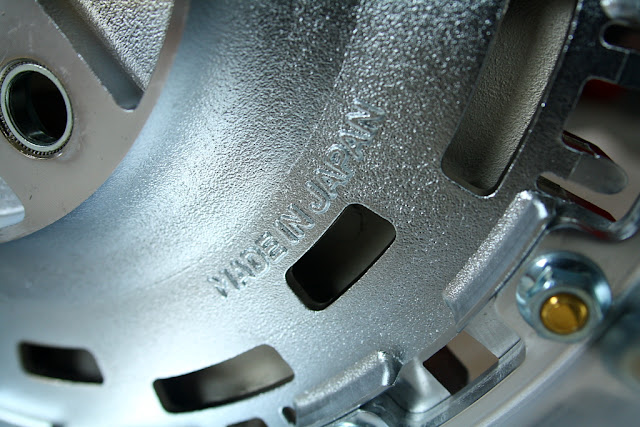 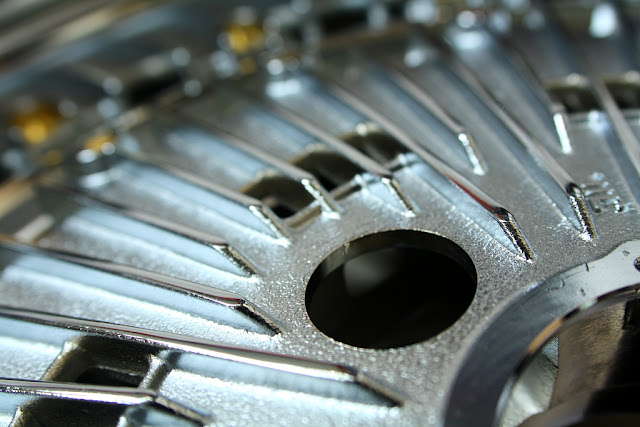 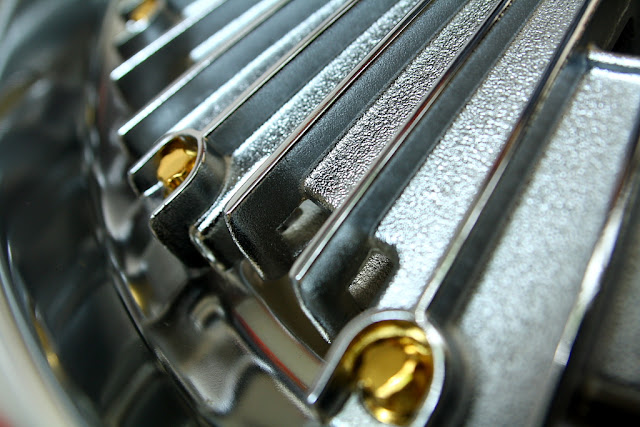 Its not particularly easy to show; but the whole face is hollow, with the front and back sections of the face joined only at a few areas. It not something I'd seen before, and whether is was cast hollow or joined somehow,  it is an impressive amount of effort.


Thats it for photos of the McLaren's anyway - I'm sure that's enough!
I have no real intention to fit these to anything, and rightly so.. as I have no desire to ever have to clean them!