Time for some Subaru Kei love; since its been almost a year since I last dabbled in this area of awesomeness.. 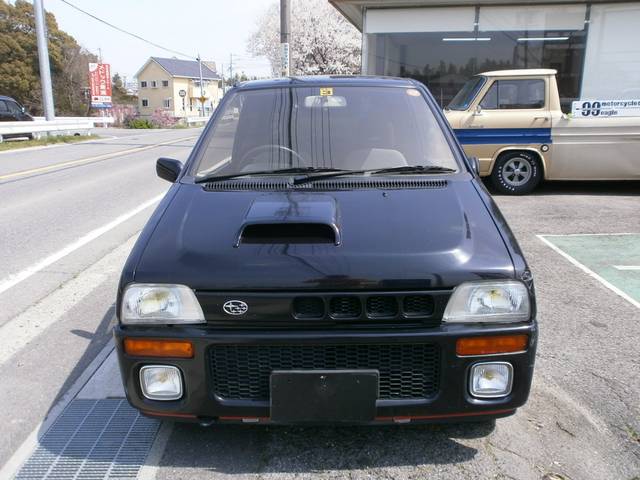 ..and again; its a third generation Subaru Rex/Fiori/Sherpa - this time a top-tier 'VX' model. 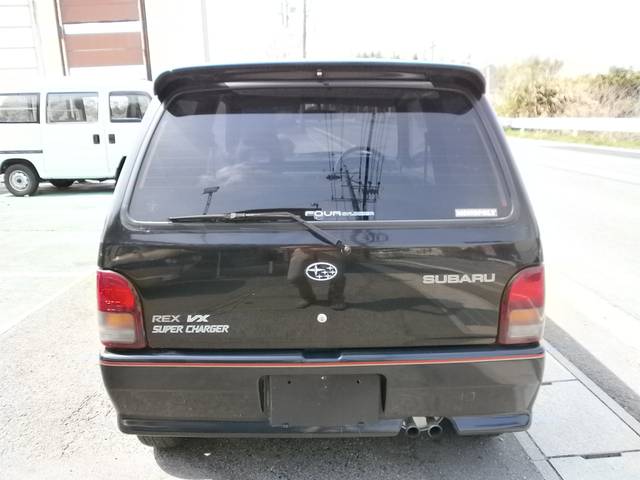 1989 KH1 Subaru REX VX SUPER *pause* CHARGER.
Although this model shape had been on the market since late 1986; it wasn't until 1988 that the VX Supercharger model became available. This car actually an update, later-1989 build car, but I'll get to that in a minute.. 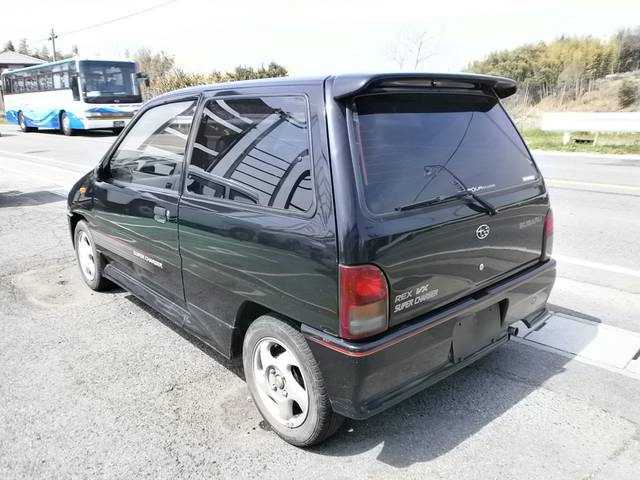 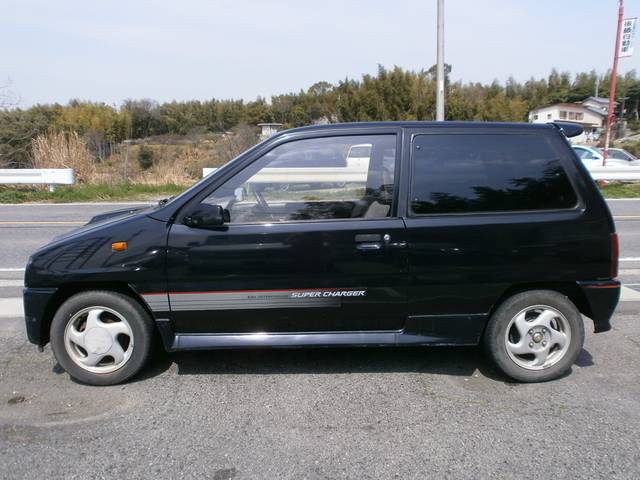 The total opposite of the innocent, white, VickyII I posted a year ago - this little Rex is doing its best to look tough. Black paint, dark tint, and red pinstriping; hood scoop, a wing, skirts, alloys (spare centrecap anyone..?), and large foglights. The only manly option missing being the slide-back canvas top...
...no? maybe not?
An electric slide-back canvas top was an option though.. and yes.. it would be as awesome as it sounds. The supercharged 121 Funtop of my dreams... 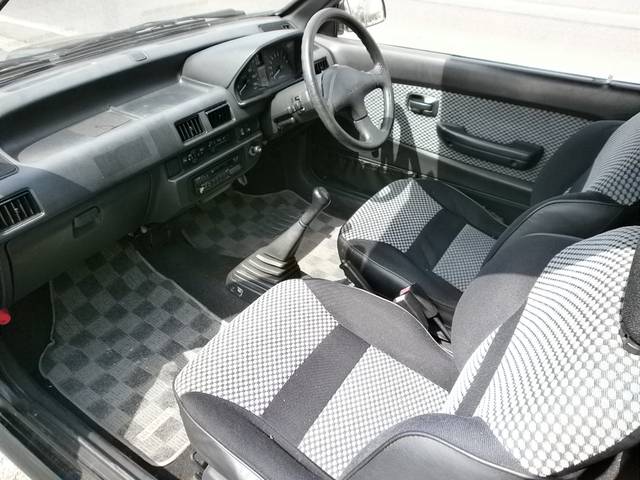 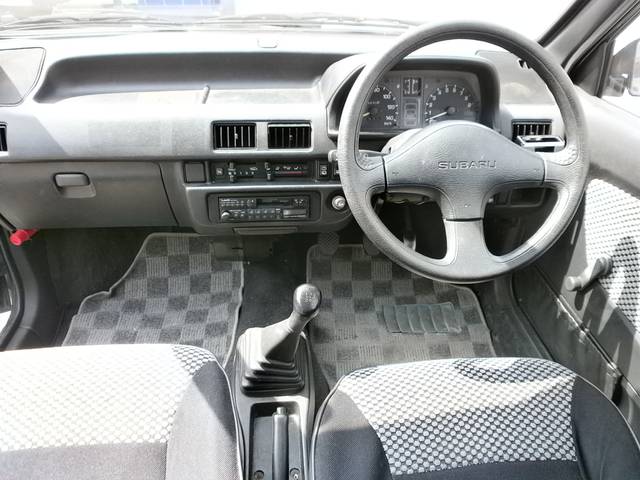 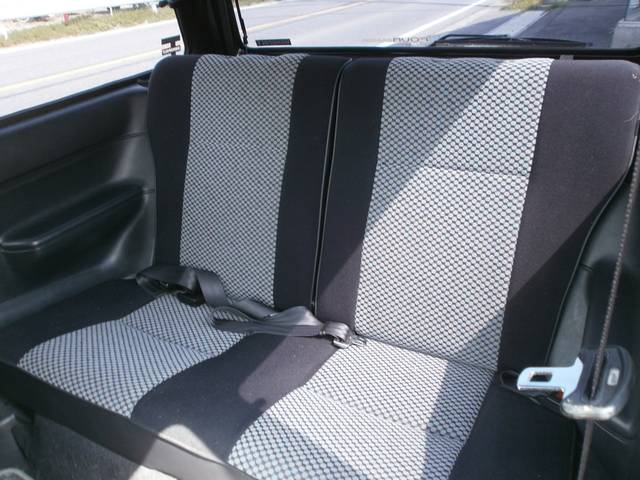 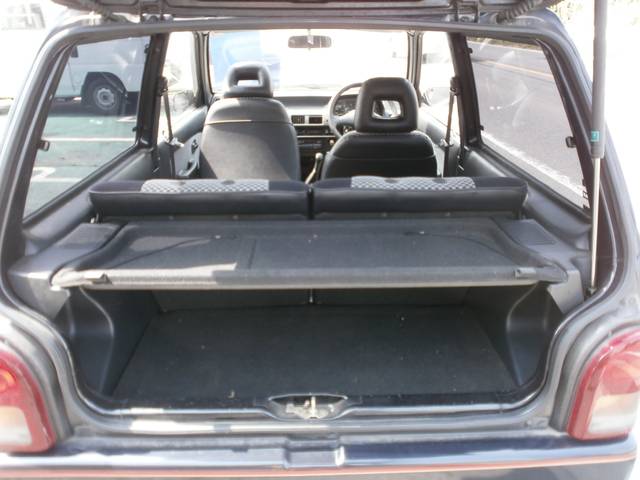 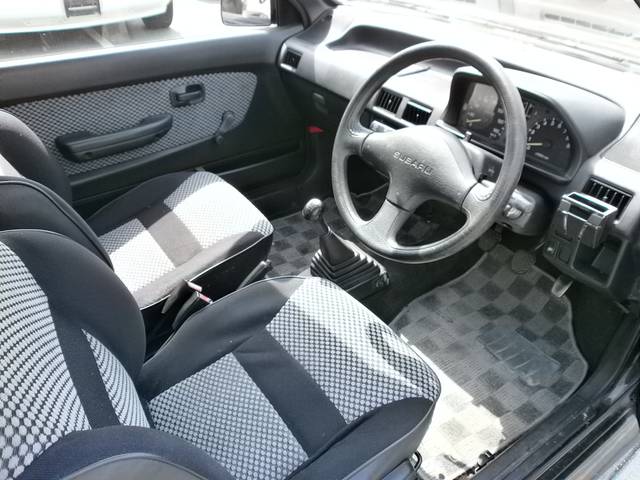 Inside is neat and simple, if not a little depressing as it falls into the early-90's ways of Rainbow-of-grey.. and every once-sharp edge radiused to all hell...
..sigh..
..I do like the chequer-ish fabric on the seats though. 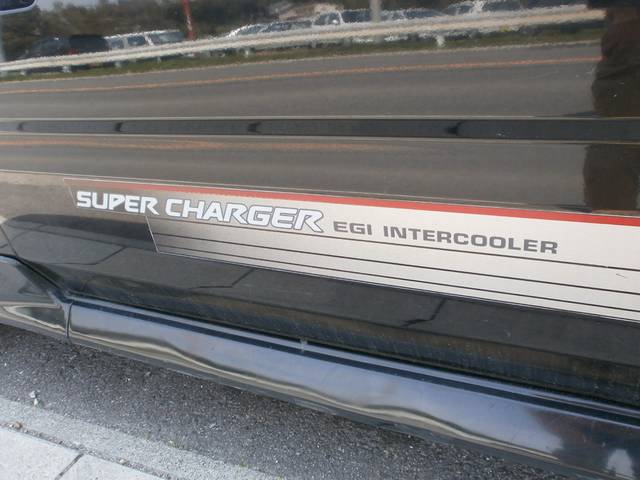 Back outside - classic decals on the front of both doors. Loving the red and white gradient fade-out into the black paint.. you totally cant see where the decal ends...
Supercharger. Electronic fuel injection. Intercooled. People need to know. Warn them about the monster thats lurking underhood..: 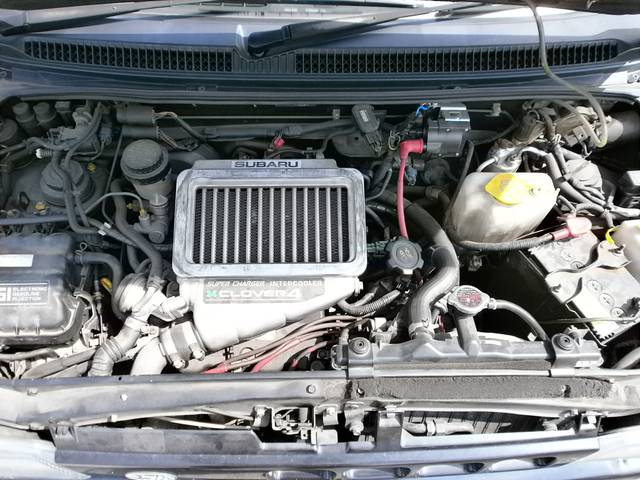 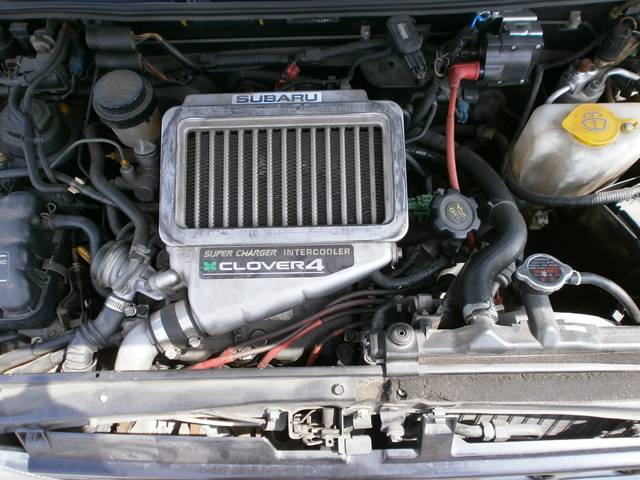 The Supercharged, intercooled, EN05 'Clover4' inline-four. The EN replaced the EK two-cylinder (of hilariously similar displacement) halfway through 1989.. so no longer were there only two cylinders thumping away.. nor three, like its sub-600cc competition of the day.. but four tiny pistons travelling through an equally tiny stroke (well fractionally shorter - its oversquare).
Two valves per cylinder off a single overhad cam is a bit of a downer, compared to some of its 4 and 5valve competition - but hey, an adorable air-to-air intercooler obscures the view of that skinny head.. and this scored serious bonus points for going down the supercharger route!
Anyway; the supercharged EN05 pumped out 45kw (up from 28kw in standard form), funneling through either a manual or CVT auto, and to the ground via the front (as on this KH1-chassis car) or all four wheels.

600kg of Supercharged FWD Kei fury. Looks like you've got all the help you need brother!