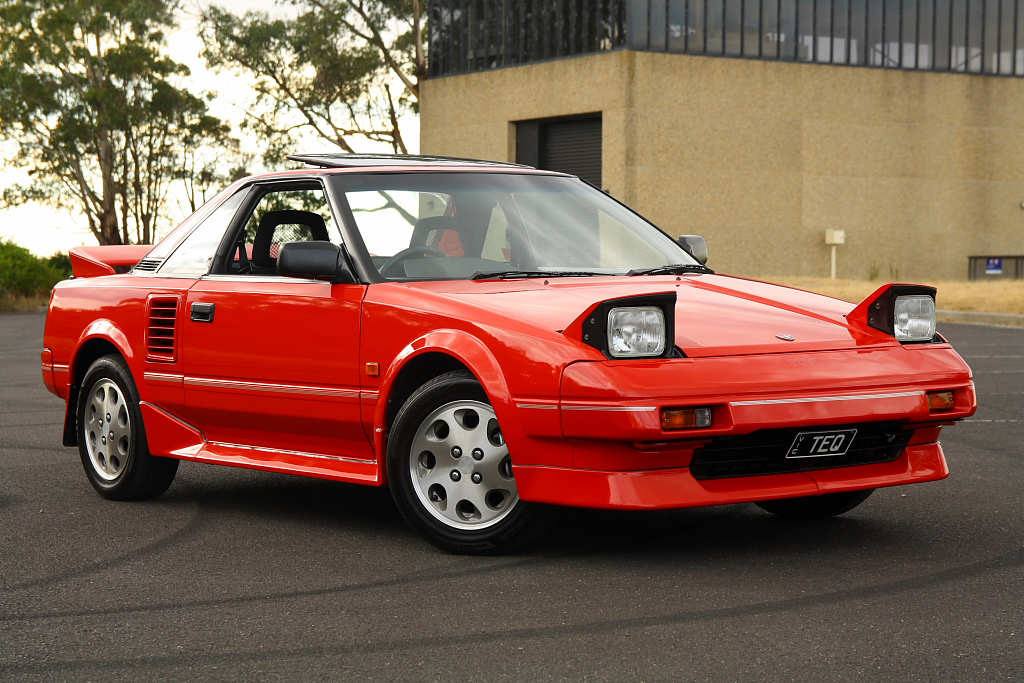 An update (..and just a little flattering..) photoset of my AW11 from last weekend. It has been on the road as-is for a month now.. 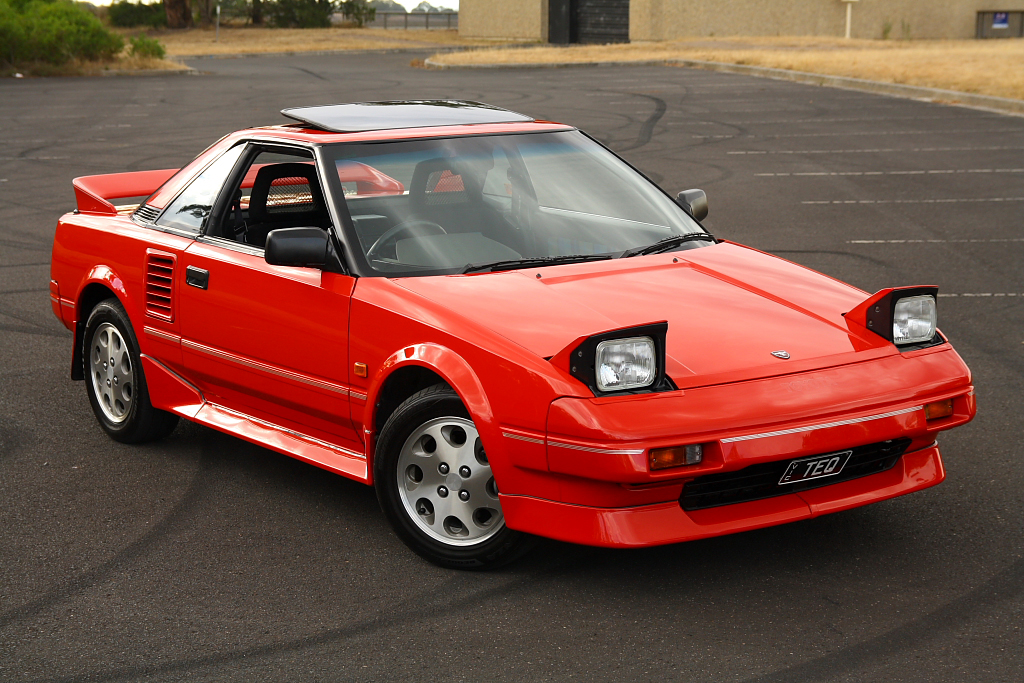 As I wrote here a few weeks back; I have owned this for almost 9 years, with the car casually getting a tidy-up for the last two.
Still not 'restored' - just agressively maintained..! 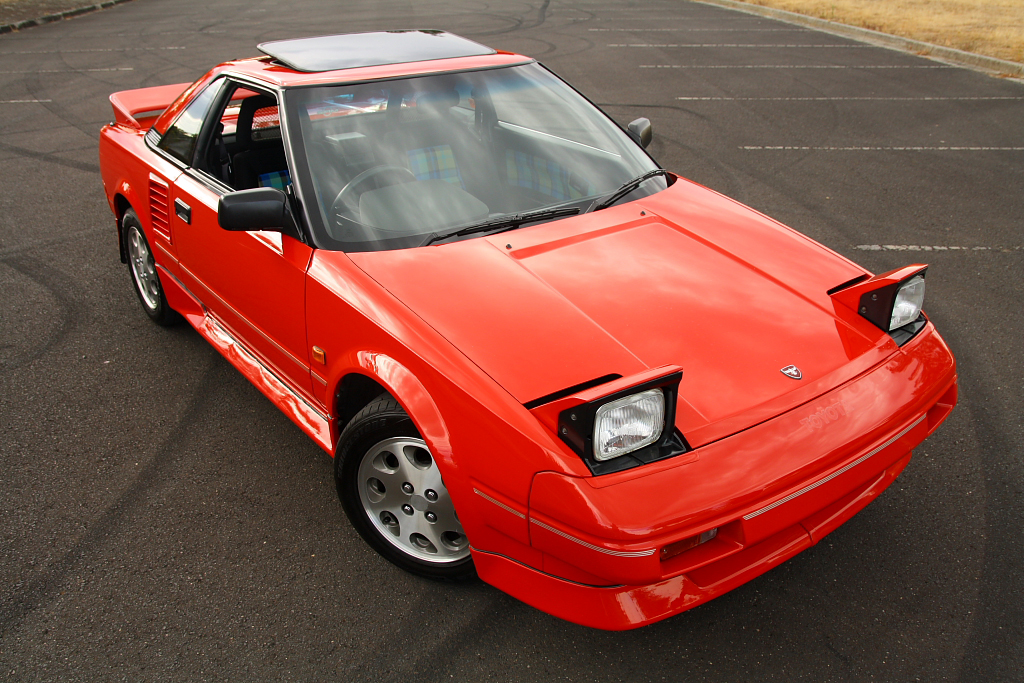 So chips, scratches, thinned paint, and half-a-dozen different reds; but as long as it looks good enough from a couple feet away.. 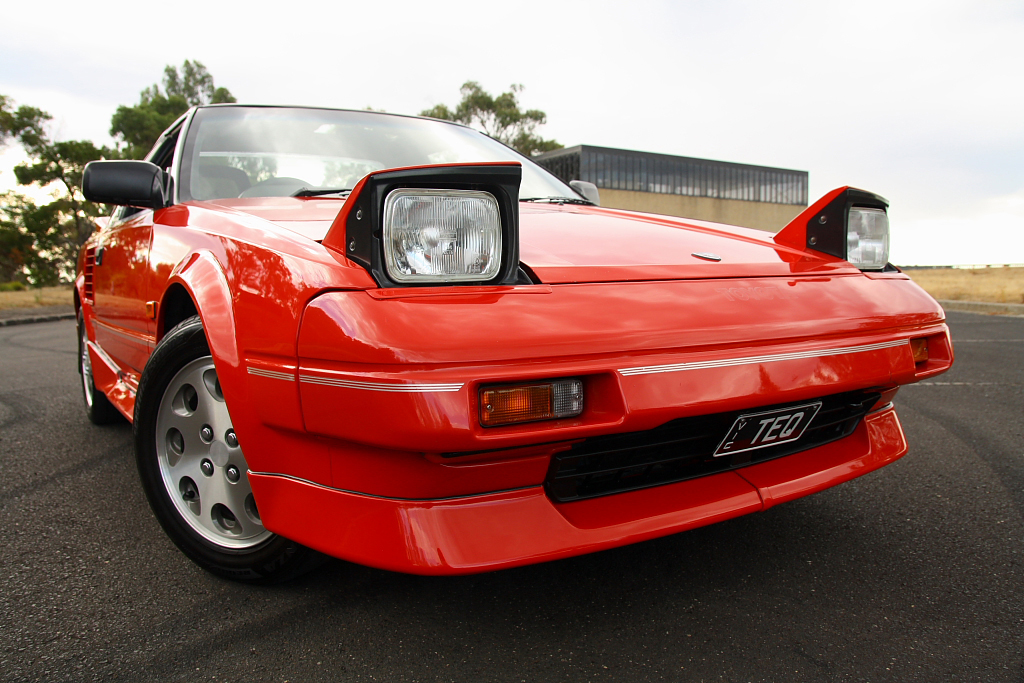 ..Or pictures in soft light with the colours cranked up, amirite! 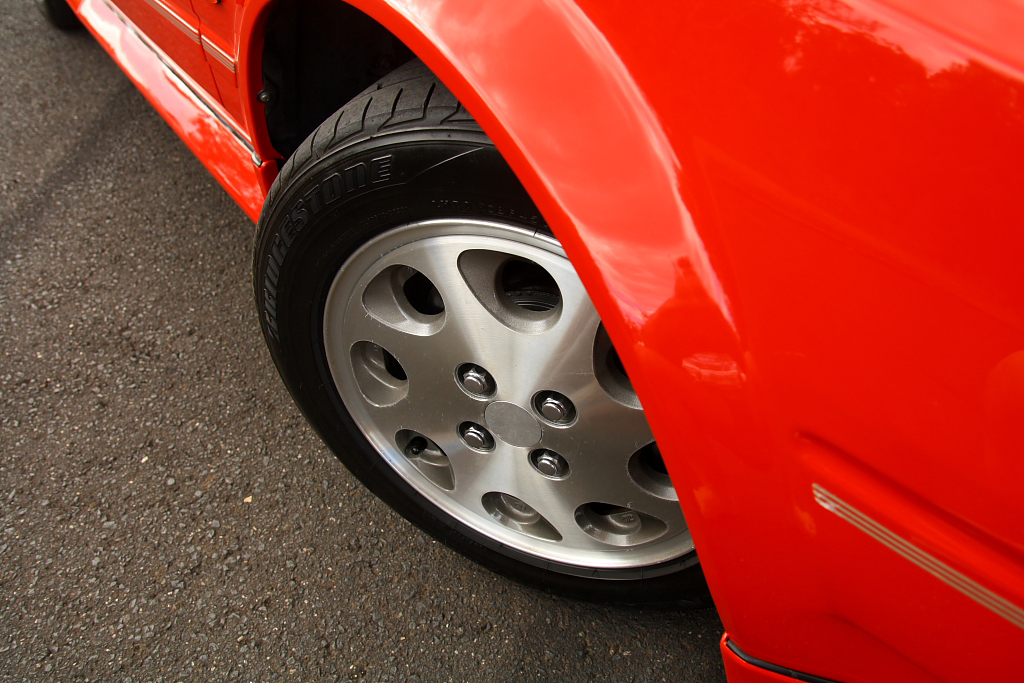 The factory turned-finish 'teardrop' alloys. These are the 1986-89 Supercharger-spec wheels in other markets, but fitted to all AW11's in Australia. 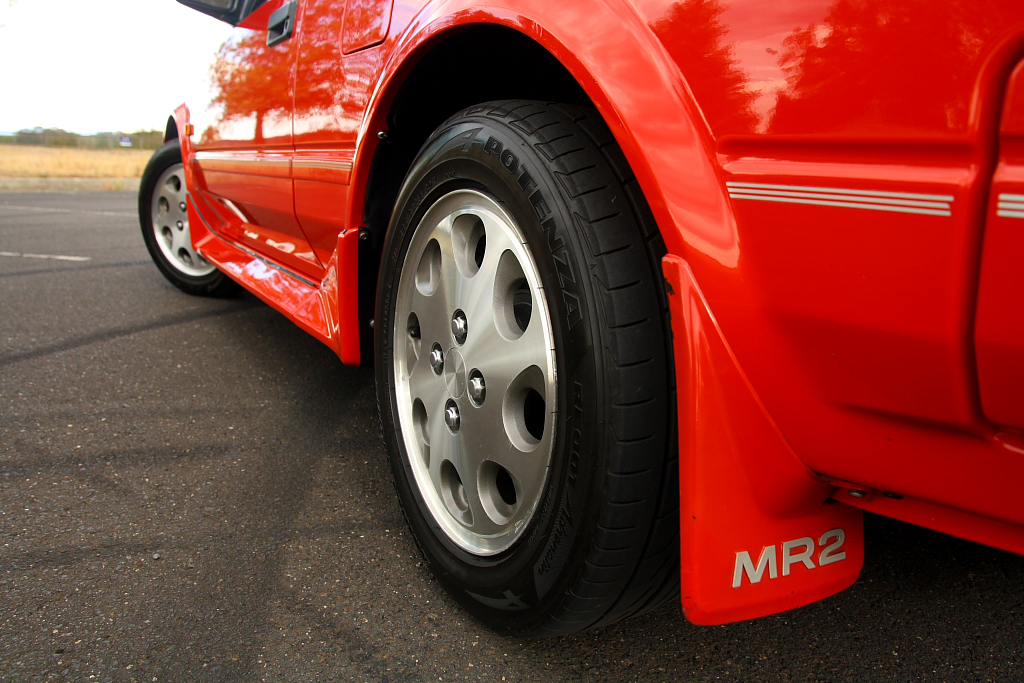 All Australian delivered cars got the early (MK1A) rear lights and garnish, due to the large format of the standard rego plates. Obviously the plates on there now are on the opposite side of that scale.. 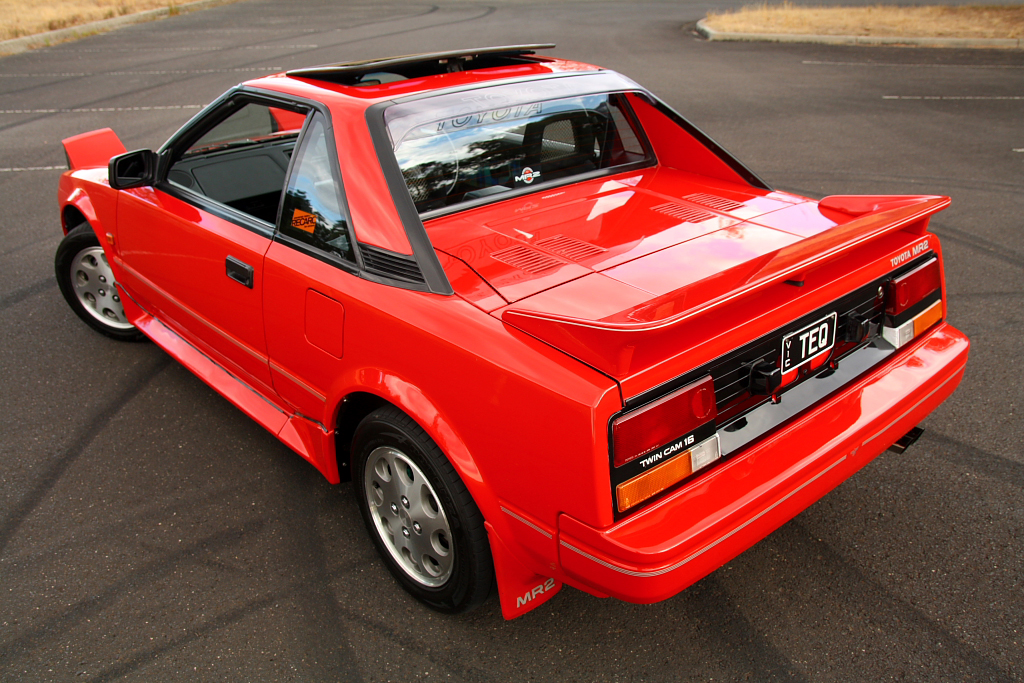 All local cars were fitted with the full aero too, as well as the colour-matched mudflaps.
Ignoring special paints (metallic or two-tone), the sunroof was one of only 3 options - with the other two being Cruise and Air. 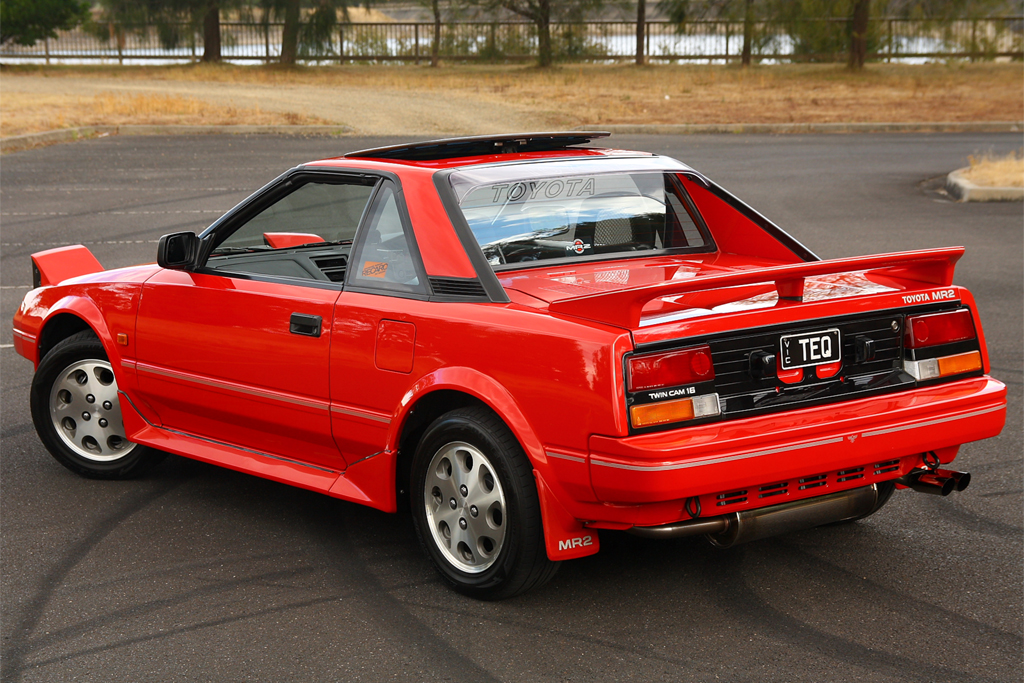 Exhaust is a Fujitsubo Legalis-R, but otherwise standard back here. 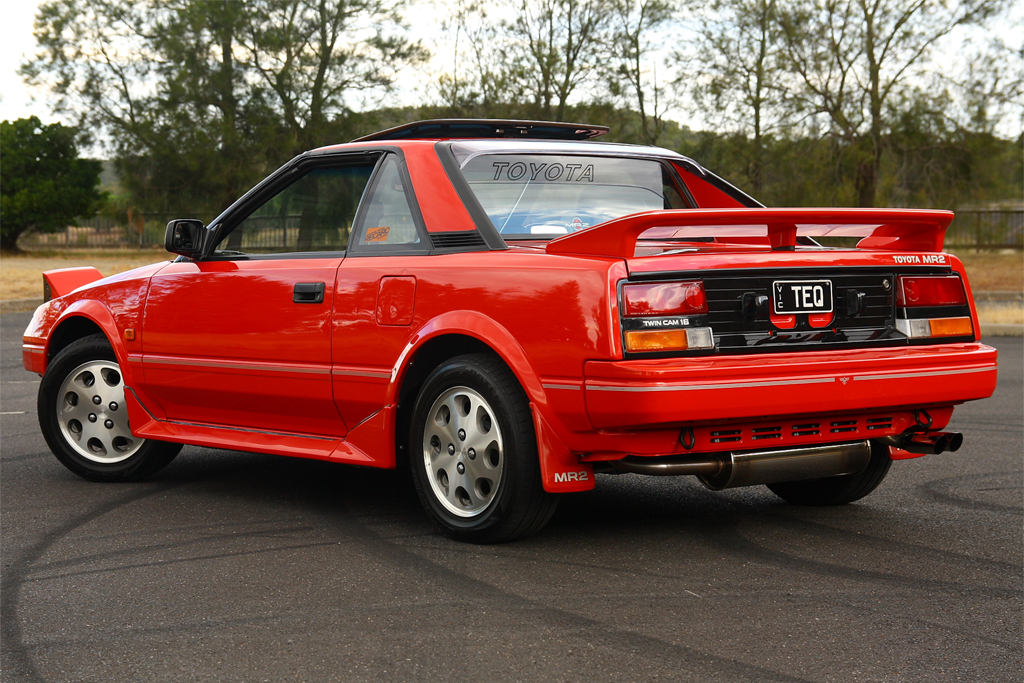 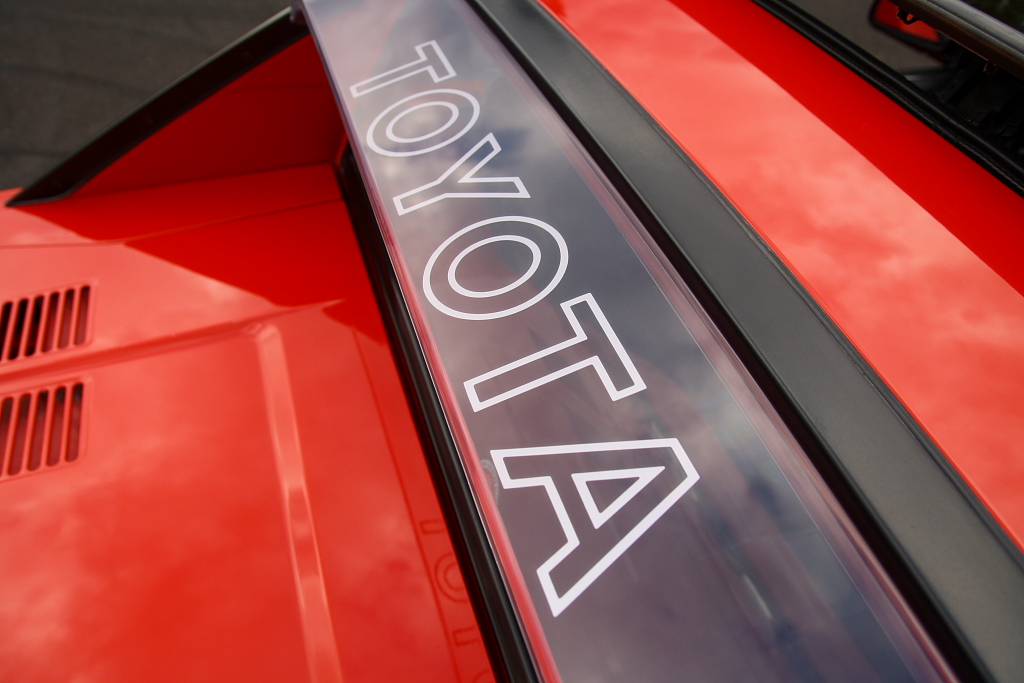 The factory rear visor shadows 'TOYOTA' on the rear glass. I will never let this go unmentioned.. 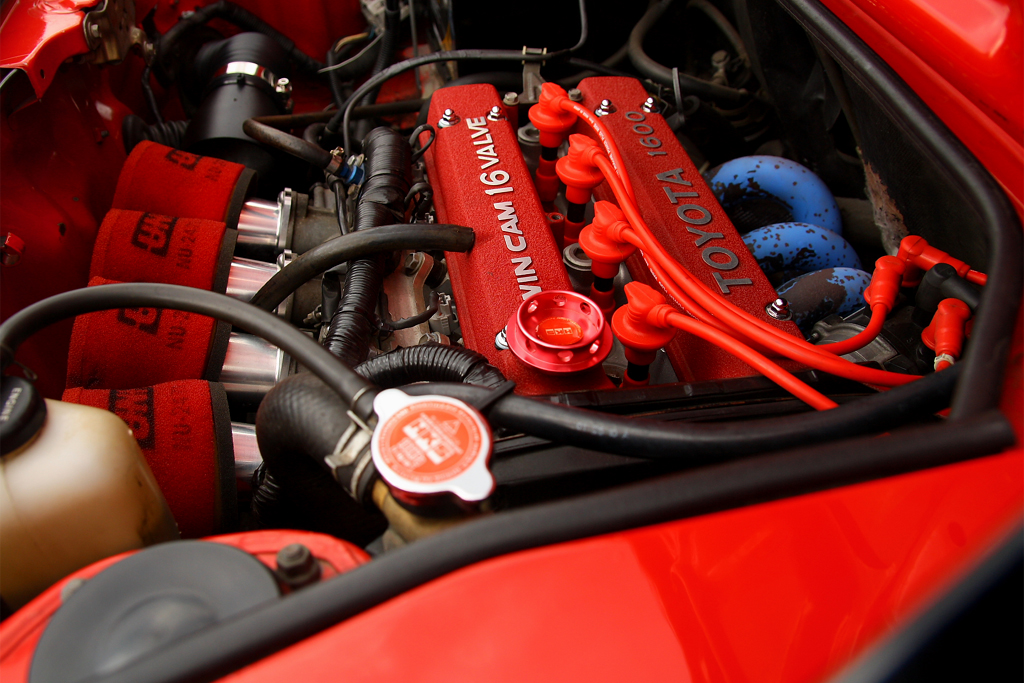 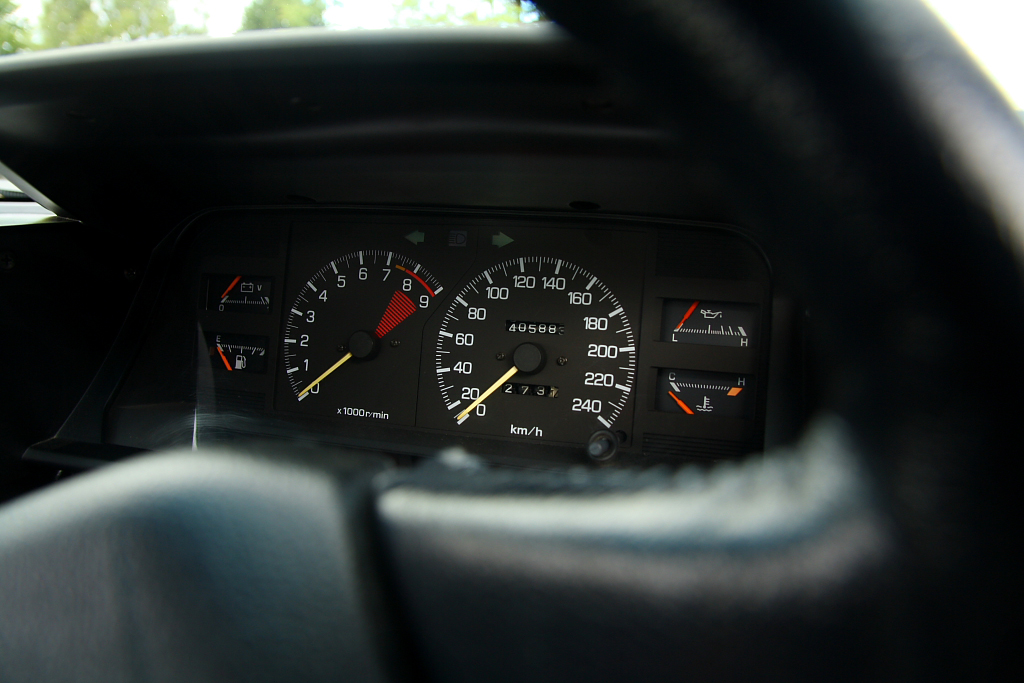 Its been rebuilt; but that is the original engine, having now seen over 400,000km.. 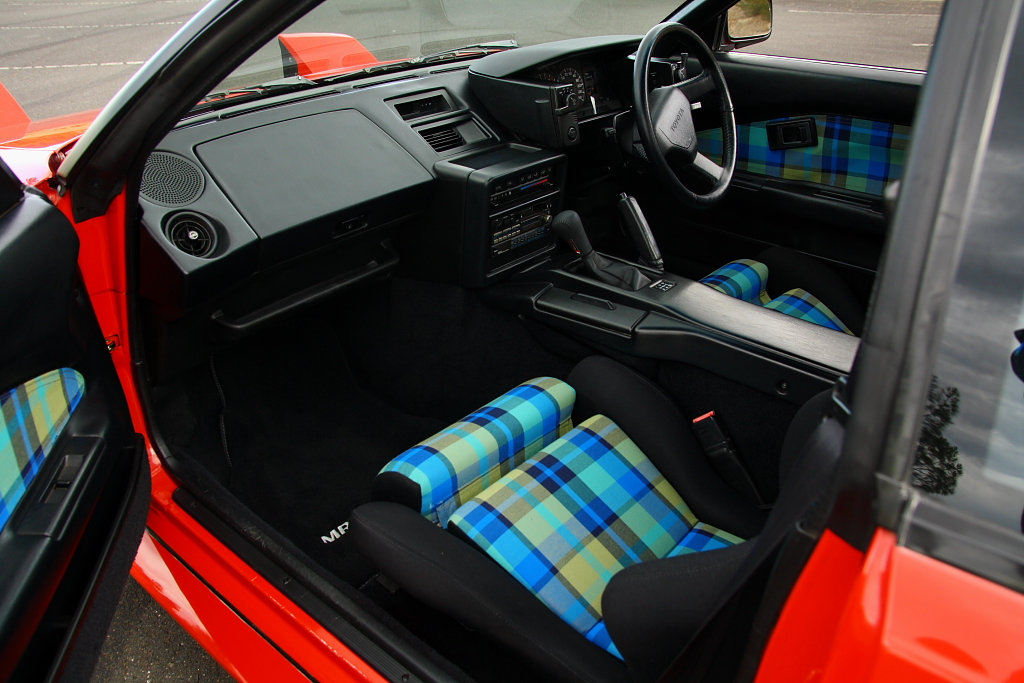 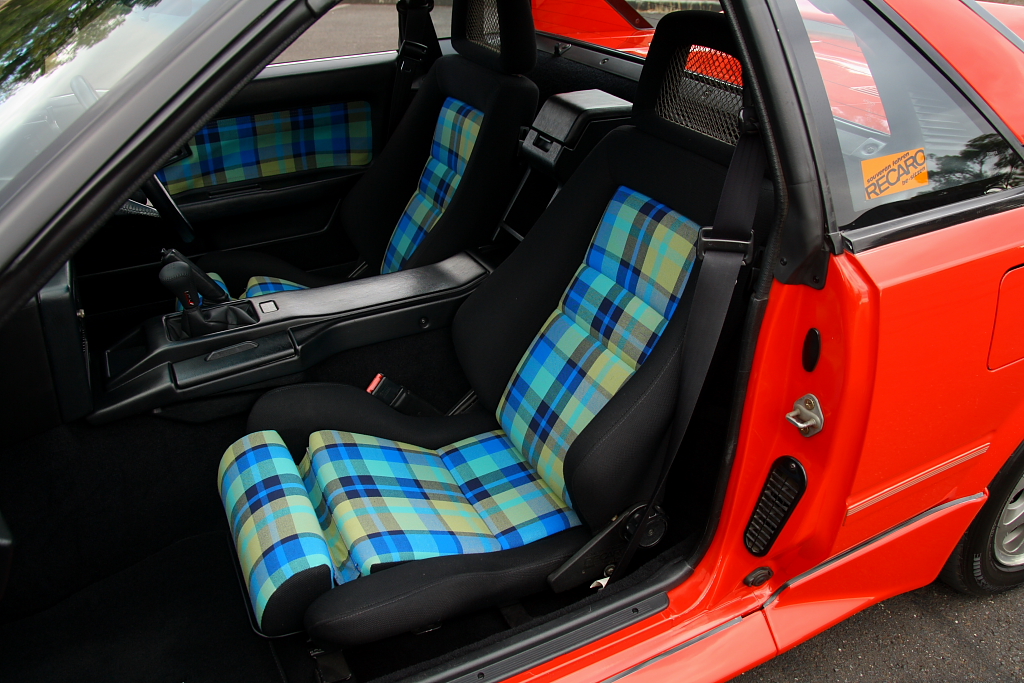 All factory in here, save for the Recaro LX-C's, TRD gearknob, and the tartan.. 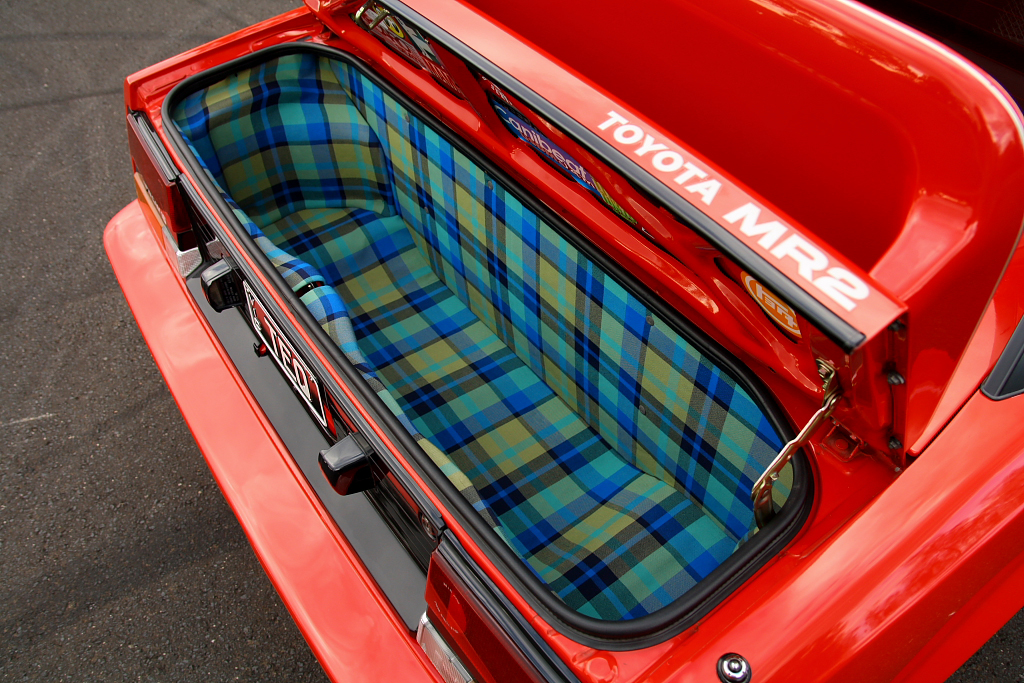 ..which extends back to the boot. 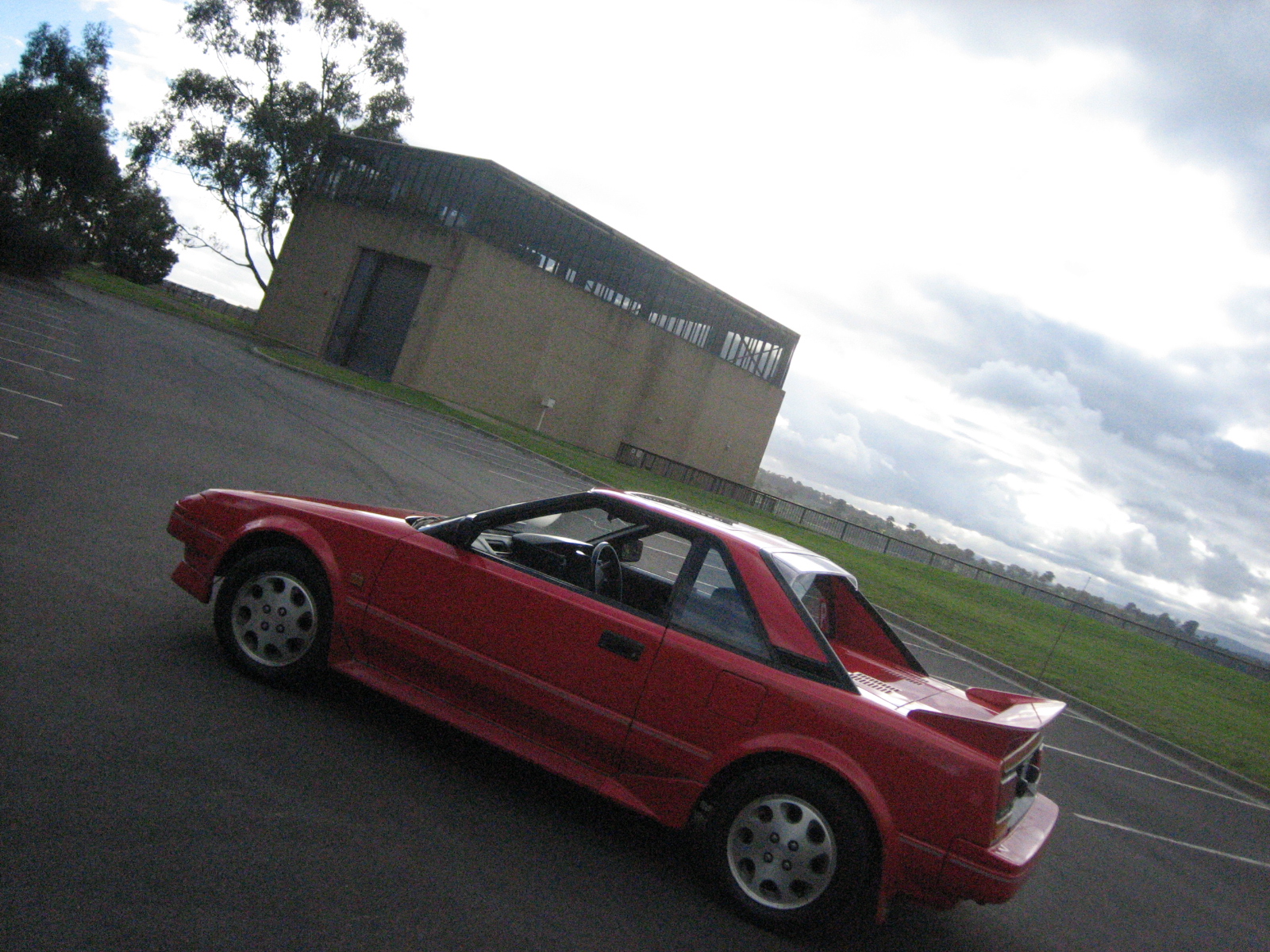 Bonus pic from June 2006! Same car, same location.
Might be hard to tell... but that photo's actually a little grainy. As for the angle, I'd like to say it was accidental.. but...