How many friends do I have? Where did all my friends go?

Decisions facing anyone (..or one.. the one person..) shopping for HB 929's in Australia at the moment. 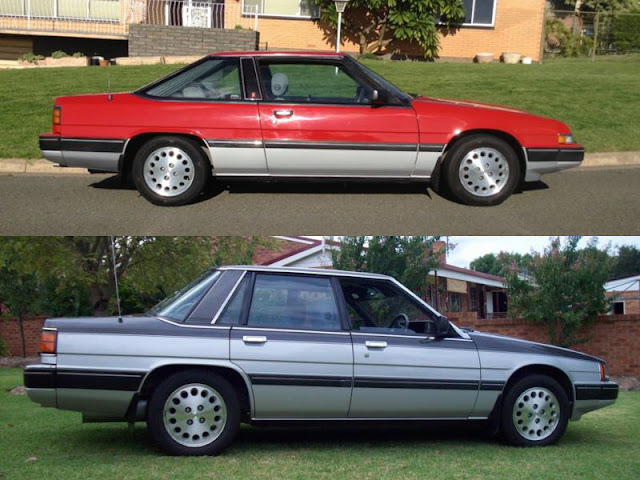 ..because there's currently two fantastic examples of HB Mazda 929/Cosmo/Luce up for grabs.
Both 1985 build, both in excellent original condition, same two-litre four banger (the somewhat-disappointing local rotary alternative), same 5spd manual shift, same wheels, similar ownership history (potentially one owner vs two), similar use (~5k/yr vs ~8k/yr). and an insignificant amount of money between them.
..so it just comes down to - which one do you prefer?


Photoset of the coupe. The default answer.. 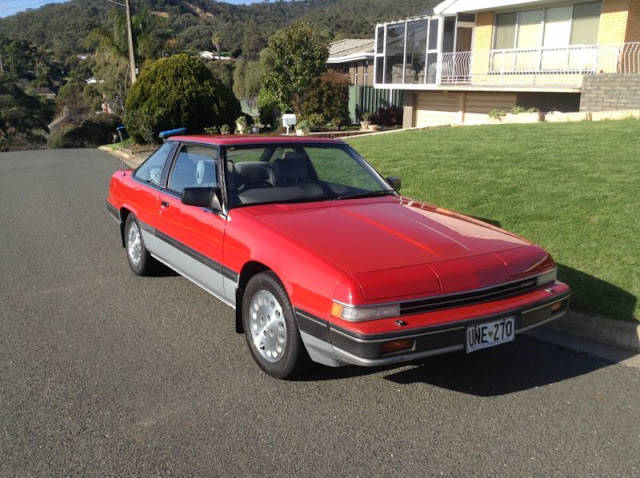 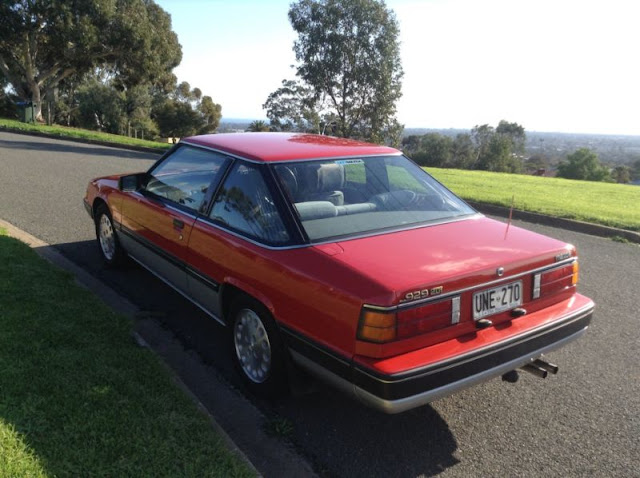 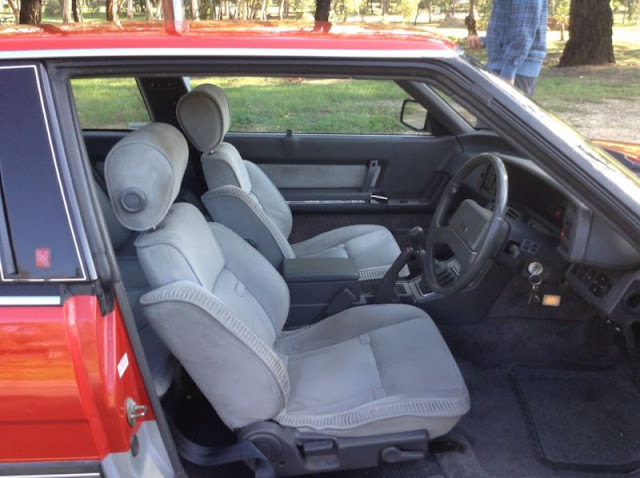 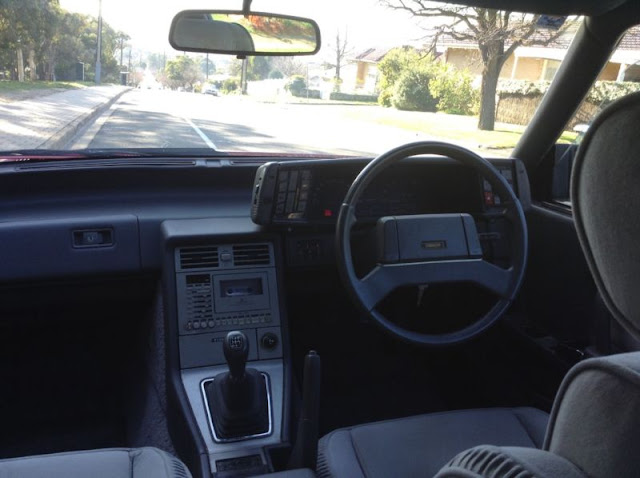 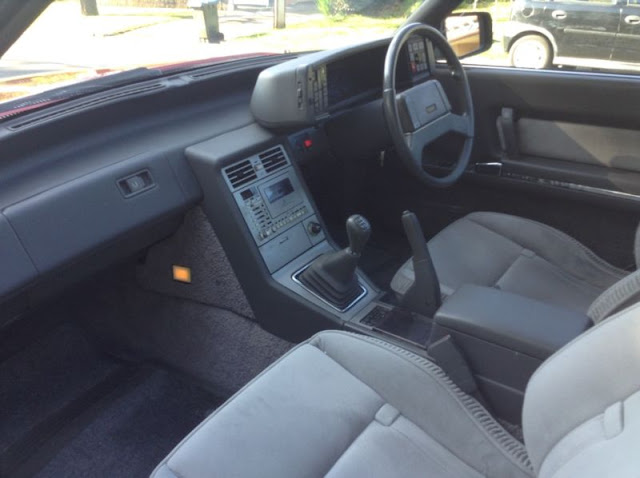 ..what would be the Cosmo equivalent of the two.

..and the sedan, likewise known as the Luce.. 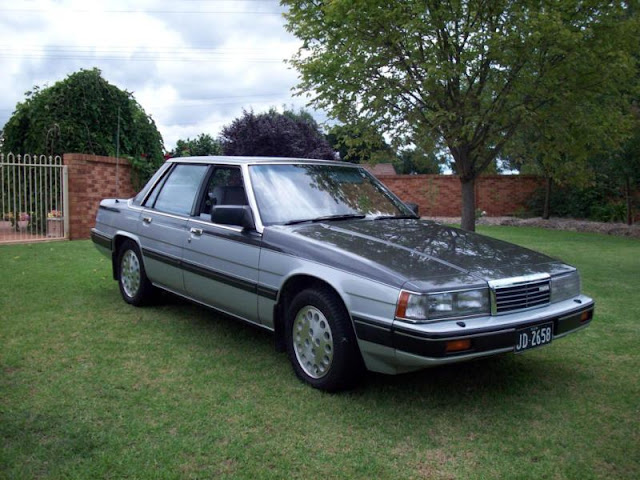 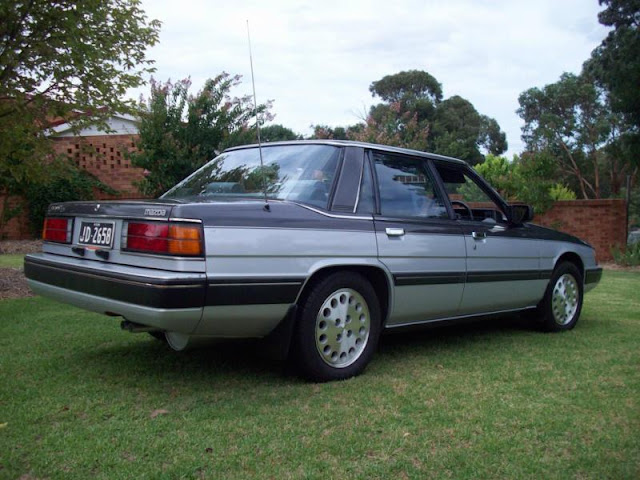 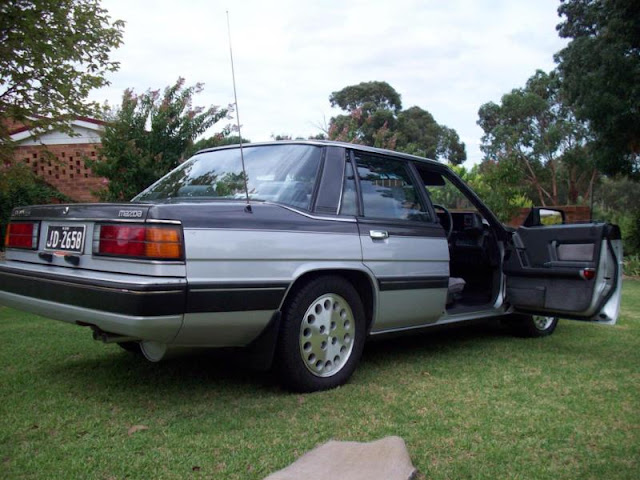 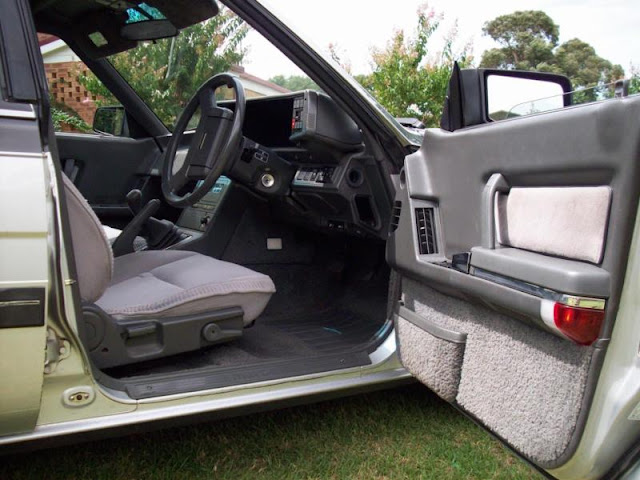 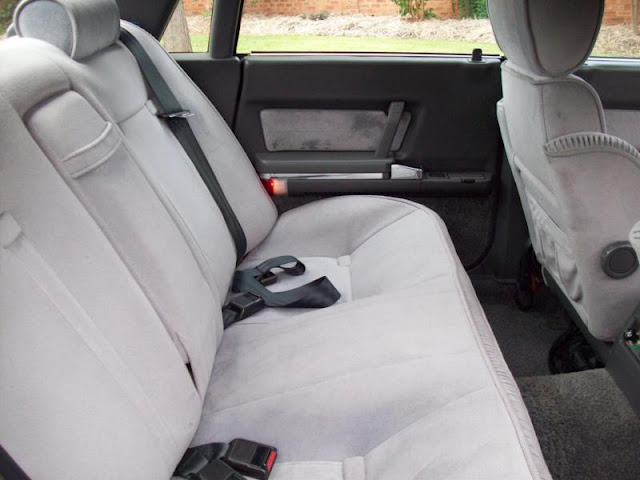 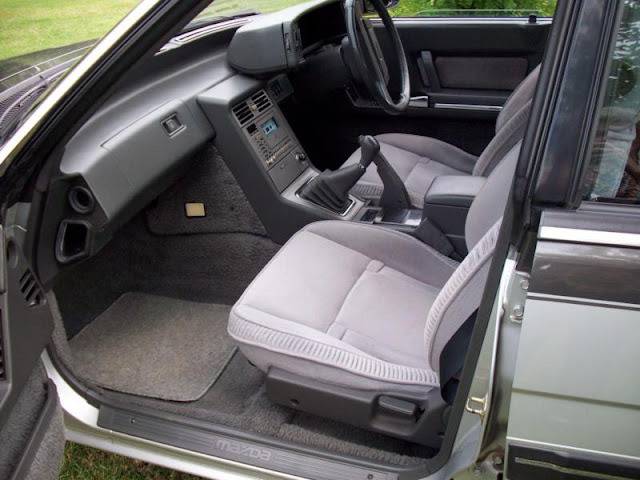 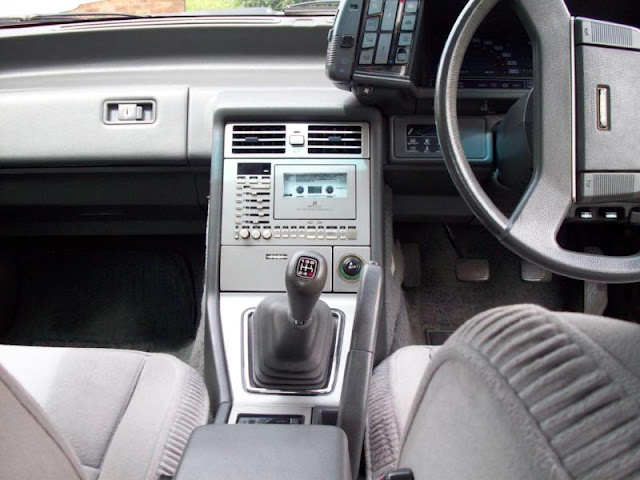 Just look at that dash... the upright home Hi-Fi cassette deck.. ohhh damn that is amazing..
Sitting behind the wheel, you'd barely be able to pick the difference. Both have the same grey velour, the same dash layout, that great dash-pod, the 5spd shifter, and the same.. fairly dowdy two-spoke wheel...
..but oh no, the sun is setting? Better turn those lights on...
Bam.
Popups.
..regret washing over? Or happiness with your decision?

Jump out to double check, and the whole exterior design.. the coupe is just so lovely. Those wide pop-up headlamps sitting above the slim full-width grille for starters. Fantastic. The wrap-around glass C-pillars, airy glass-house, and elegant 'kick' in the beltline towards the rear? Just so lovely..
..but ehh... red over silver? I mean it's great that the solid single-stage paint will forever polish up a treat, but red?! It's just so... racey. Bonus era-typical points for being over a silver I guess, but when it was available in an entire pallette of mature colourways.. urrrgh... anything else, seriously.. anything.

Looking at the sedan? The front is a little more nondescript. It loses the popups, gains a chrome-edged grille... but hey, it's not ugly. I like the bonnet edge still stays back in-line with the front fenders, rather than down to the bonnet/grille - looks neater when the bonnet is raised. Nice.
A hardtop design means we still get the beautiful frameless glass (..I may have a bit of a fetish for this..), and the kick in the beltline is still there - albeit with a pillar jamming right into it from above. It's not instantly pretty, but different.. and that I like.
The colour though?
The grey-over-silver, high two-tone? Eeeee.. that's a little bit lush!
It's hard to describe; but I think I like this two-tone as much as I don't like the red-over-silver. It's amazing. It's the complete opposite. I almost can't think of a colourway I'd like more on this. It looks just perfect over the light-grey cloth.

So for someone who'd otherwise go straight for the Cosmo coupe, without a second thought - I'd be stuck. It's not even as if I don't like that red-over-silver generally (looks the goods on R31 Skyline Silhouette's for example!).. and it may be right up someone else's alley, as it was the original owner.. you may have stopped reading this after the first paragraph.. frantically grabbing for the phone to call the seller..

But no.
Not for me, not today.

I'd be going for that sedan. It's amazing that all things being equal, the colour can sway me so much.

Both currently for sale on Gumtree Australia as of March 2016. Someone buy them. Keep them nice. Keep them out there. Painfully underappreciated, and I just don't get to see them around...