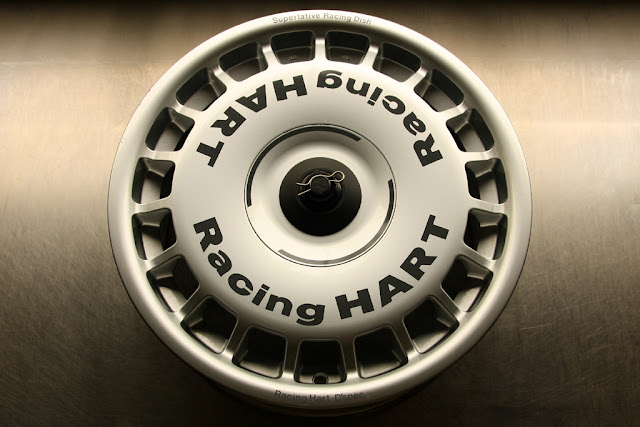 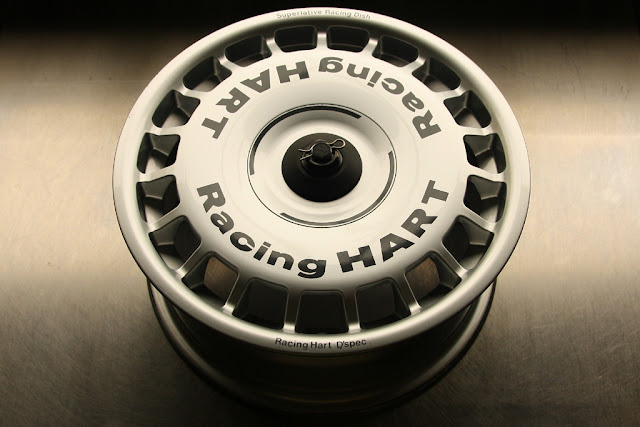 A bit of early 90s Europe, out of early 90s Japan. DJGTCM!
1994 introduction (possibly some late 1993 production), basic single-piece cast alloy, 15x6.5 to 17x9"; and silver with black (more of a dark grey) text/caps, or white with red.
Far from the most original design; but these Racing Hart versions have genuinely become a bit of a classic in their own right.
I picked these up sometime late last year. Although only a lowly little 15" set; they were in a useful 4x100 stud pattern, wearing their original paint, and importantly - complete. Sets of these are so often corroded, and/or missing their centre-cap assemblies; quality's-quality, so always worth grabbing. If I ever got around to running them, then great; if not.. they're easy to move on. 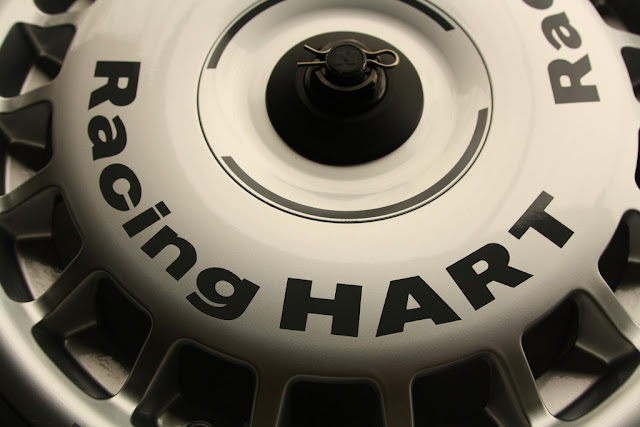 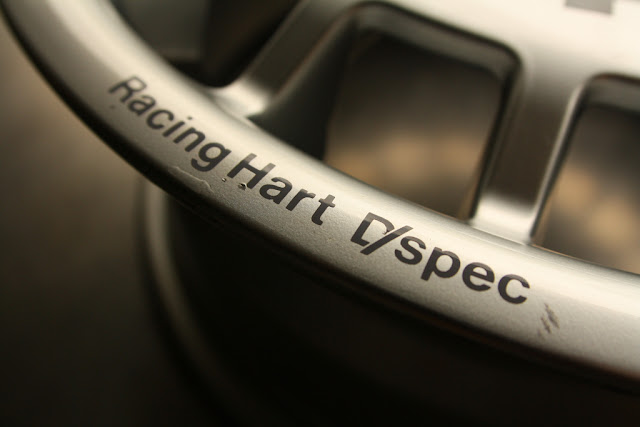 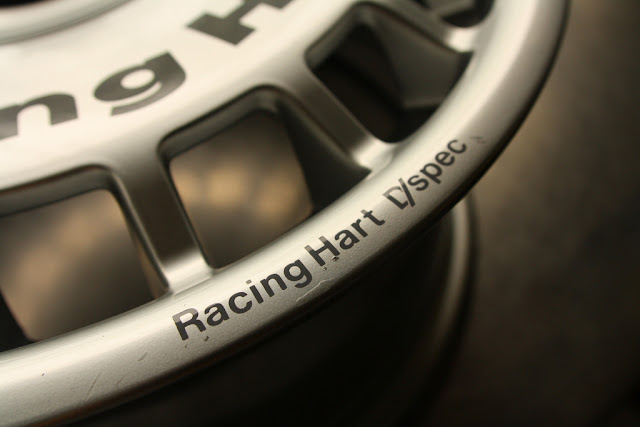 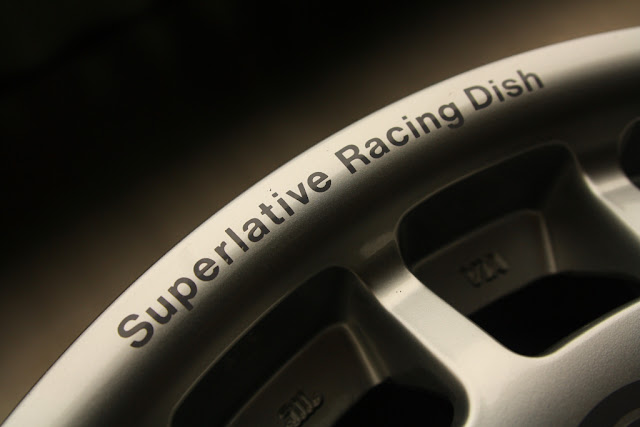 Superlative Racing Dish: a Racing Dish of the highest quality or degree... 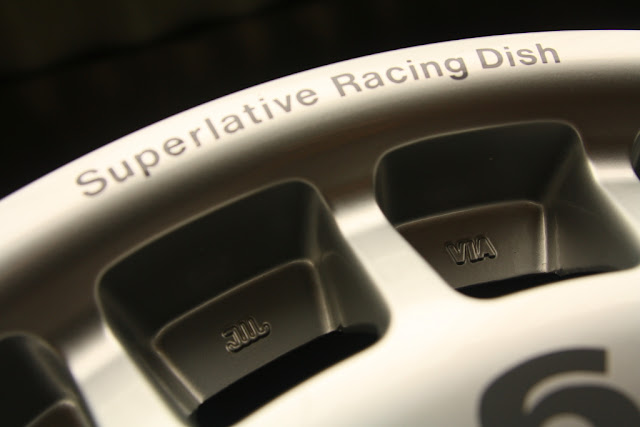 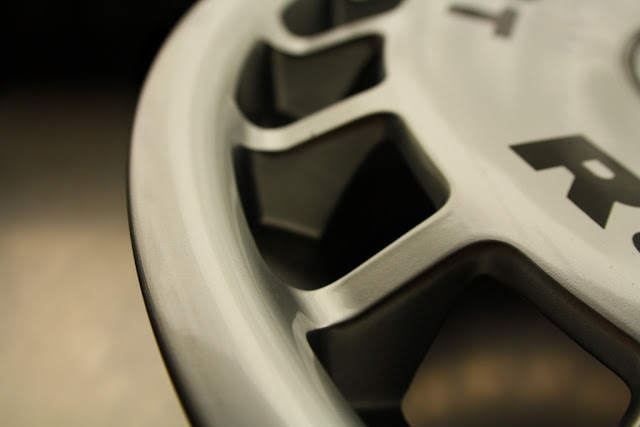 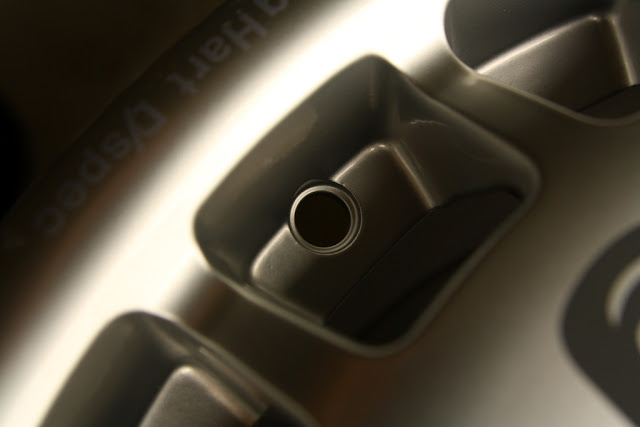 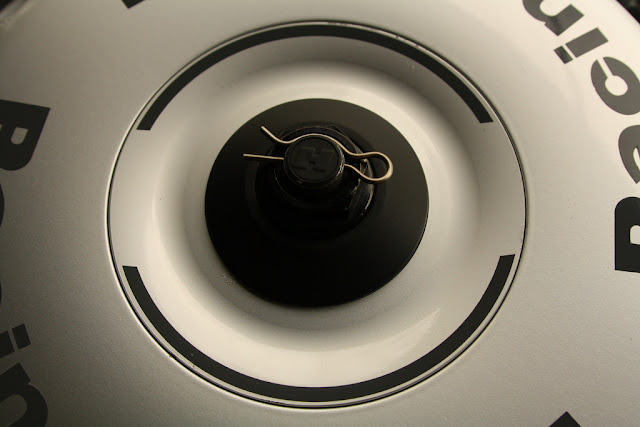 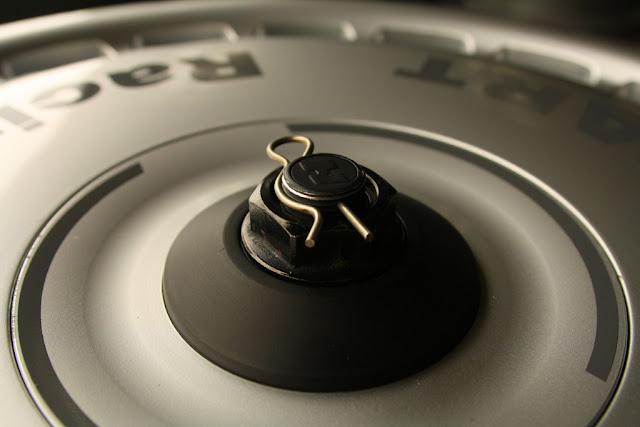 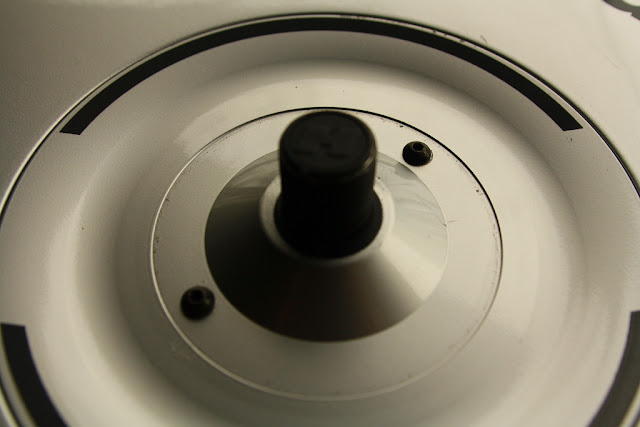 Cotter-pin removed, allowing the large steel nut to unscrew off the cast-alloy thread; the matte-black alloy washer piece then lifts off, to reveal the hex-head screws holding the main cap piece to the face of the wheel.. 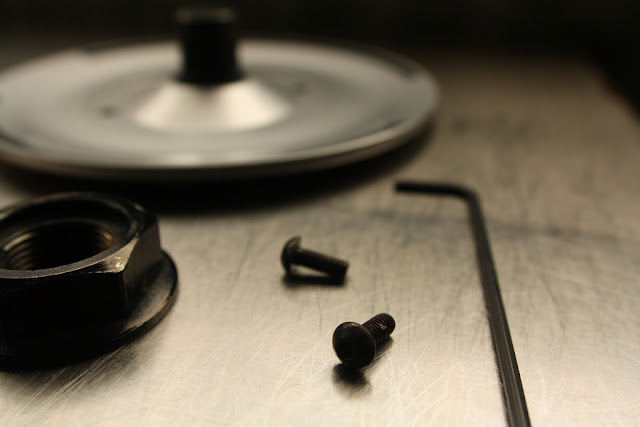 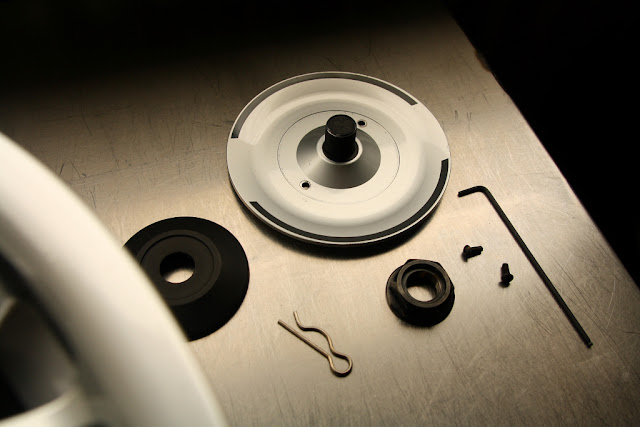 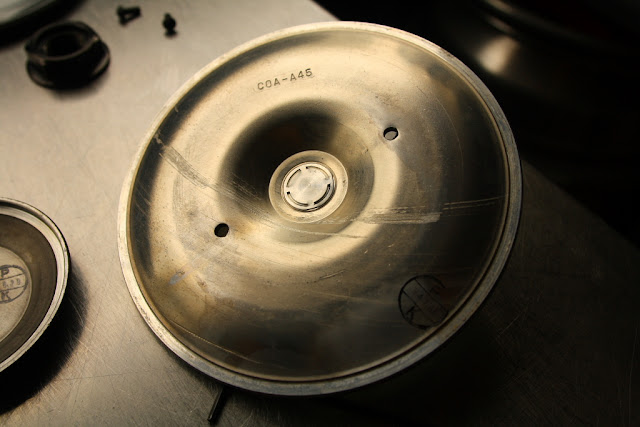 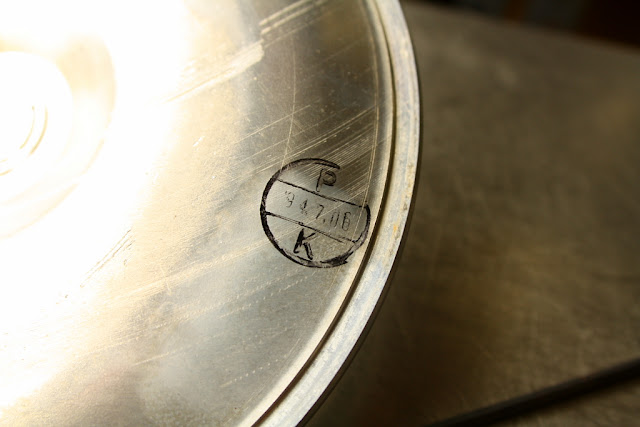 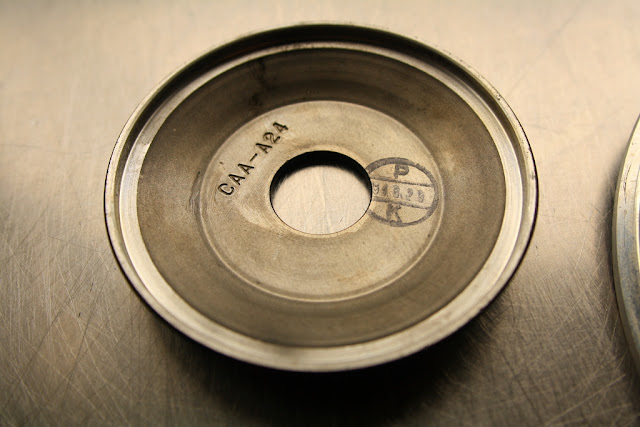 That matte-black washer/cap piece, dated the 29th of June 1994 - also a Wednesday! 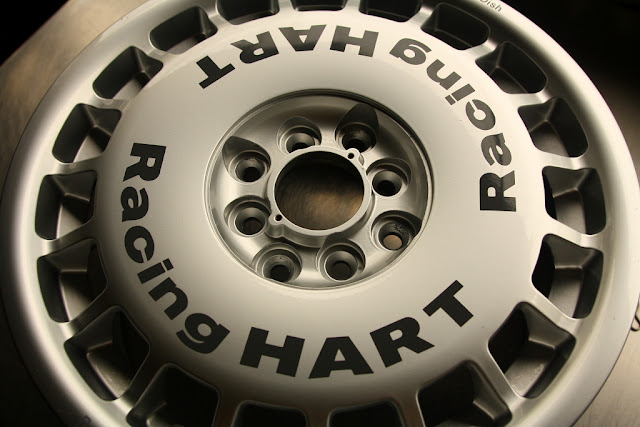 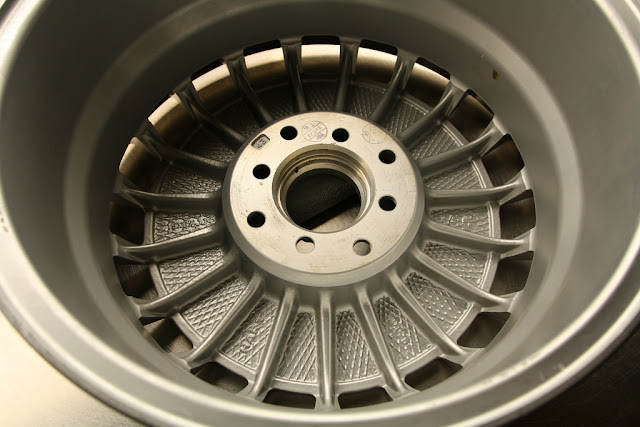 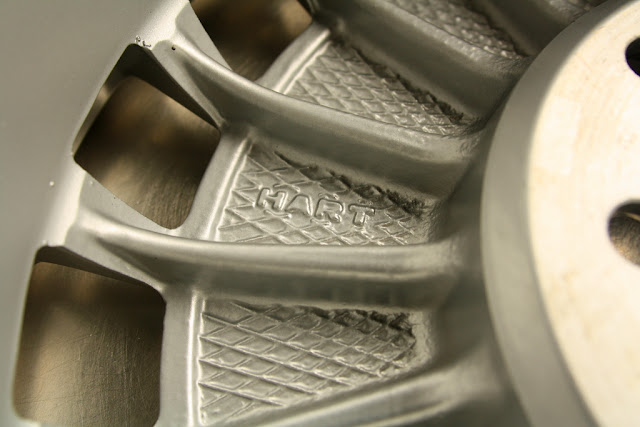 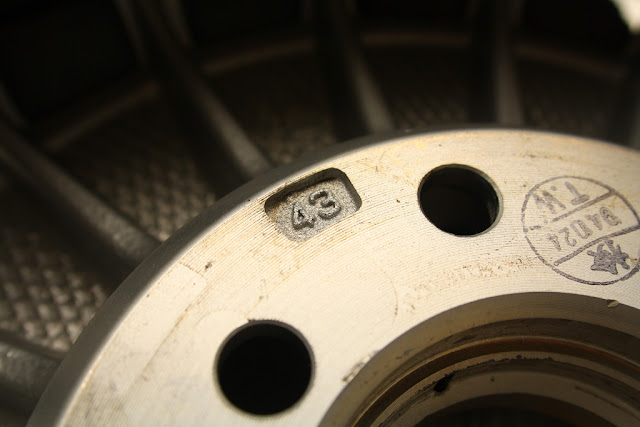 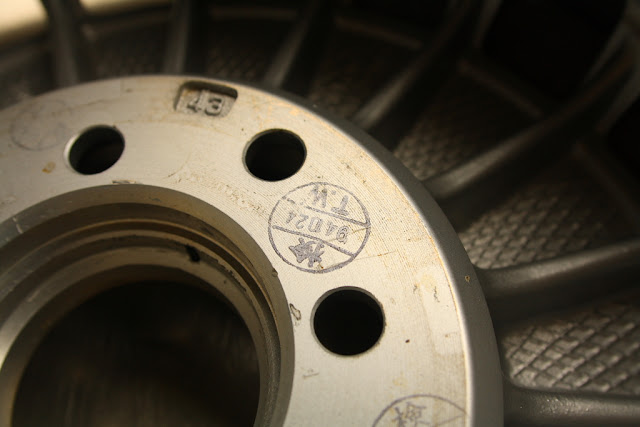 A couple detail shots of the back of the wheel; complete with cheeky HART logo within the (surprisingly-rad-yet-unnecessary) cross-hatch pattern.
Final production for the main wheel is dated 24th October 1994 - that was a Monday. 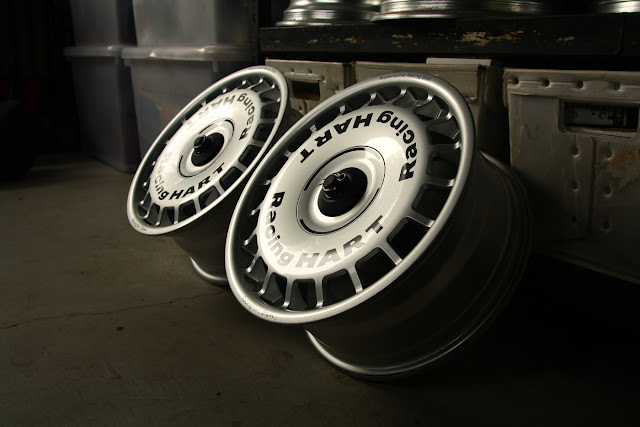 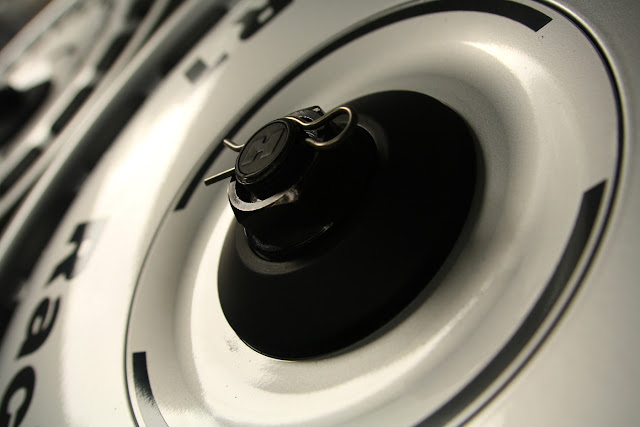 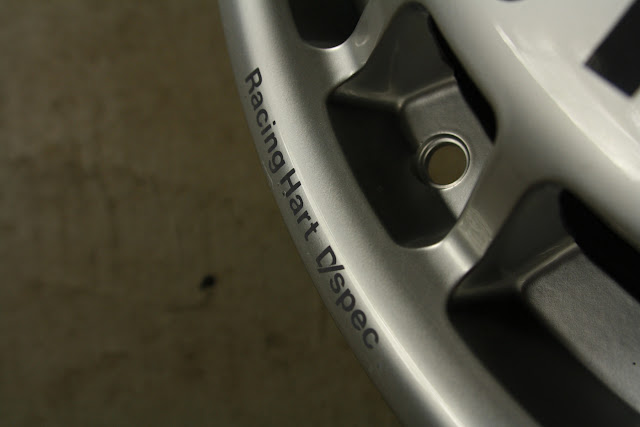 There we have it: the 1994 Takechi Project Racing Hart D/Spec Superlative Racing Dish... in detail.