Because abbreviations are fun. 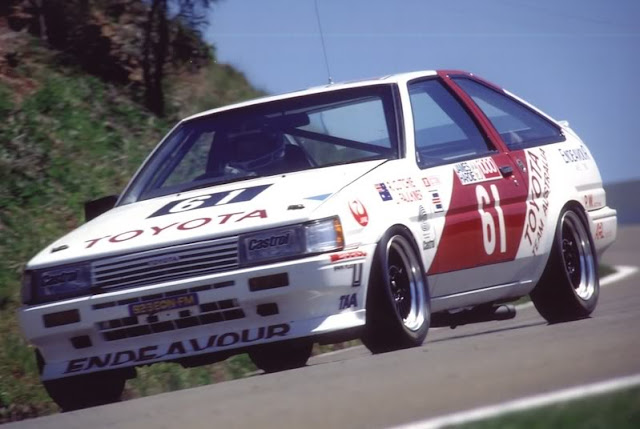 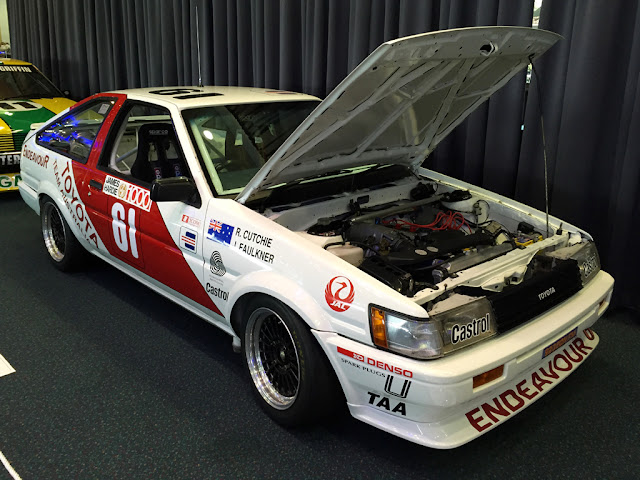 ...Toyota Team Australia's 1983 AE86 Toyota Sprinter, An Australian-spec vehicle (this market only receiving the AE86 with the Levin fixed-headlight front, confusingly sold as simply the 'Toyota Sprinter') built by Toyota in Japan to the recently-introduced Group A specs; and raced (successfully) from late 1984 through 1985 in the Australian Touring Car Championship. 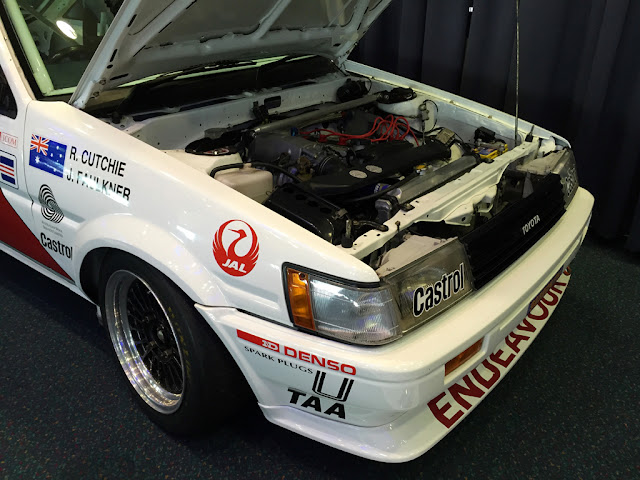 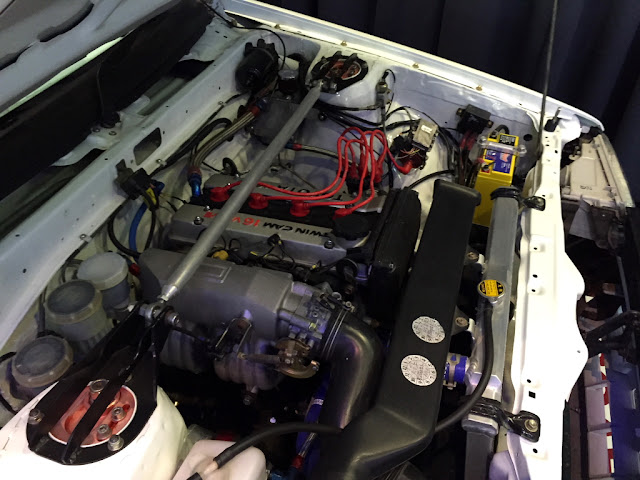 The "Twin Cam 16 valve" 'bigport' 4A-GE, supposedly good for ~180hp; in place of the Australian Sprinter's leisurely single-cam 4A-C. This drove through a Toyota T50 5speed, and into the 4.7:1 solid-axle rear, equipped with a TRD LSD.. 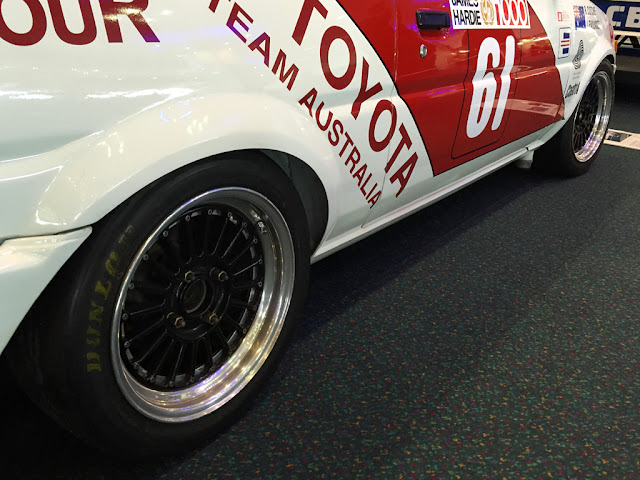 ..this is getting to the ground with the help of Bilstein shocks, through fin-type 2/3piece alloys, and finally, brought to a stop with AP Racing disc brakes. 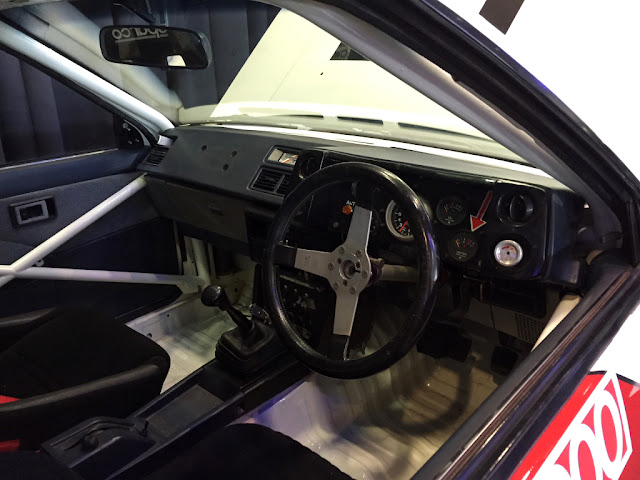 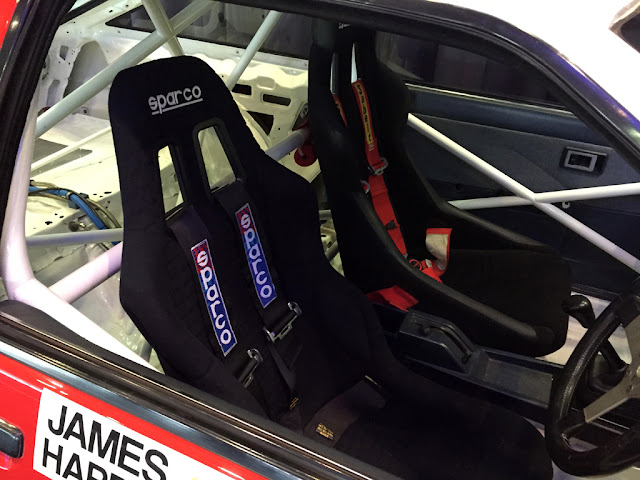 Inside; a very basic looking momo-pattern wheel, a pair of fixed-back bucket seats, and a large red arrow pointing directly at the 'things-are-cooking' line on a water temperature gauge.
Oddly nice to see the original two-tone blue doorcards and dash have stuck in there... 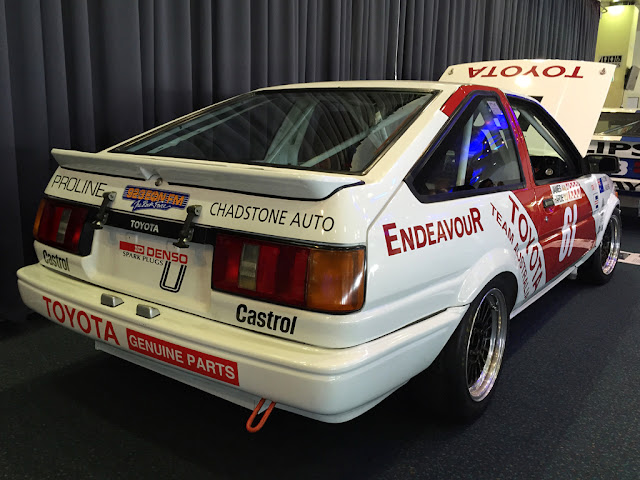 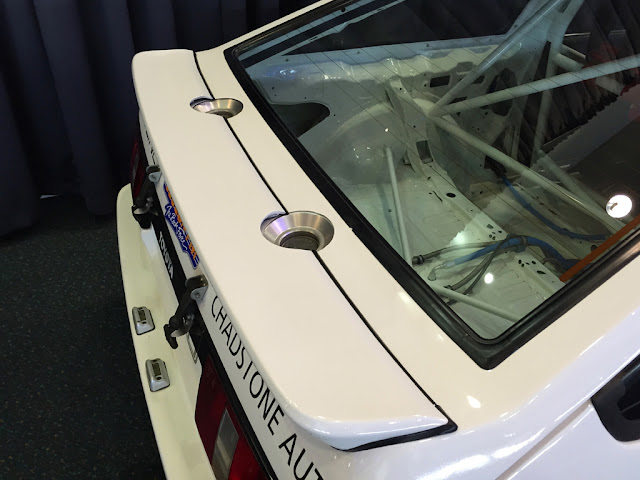 Original wing notched to clear the fillers; and in the background, a bit more of a look at the colour-matched roll cage... 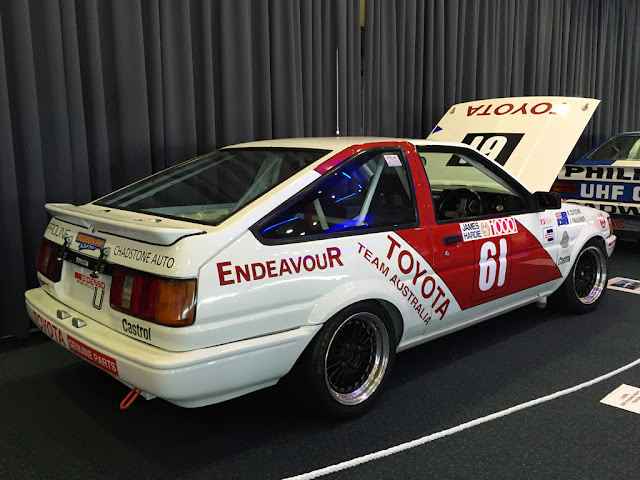