A fish out of water: A Honda Motocompo in the Australian outback, 1983.

It makes no sense. None. Zero. 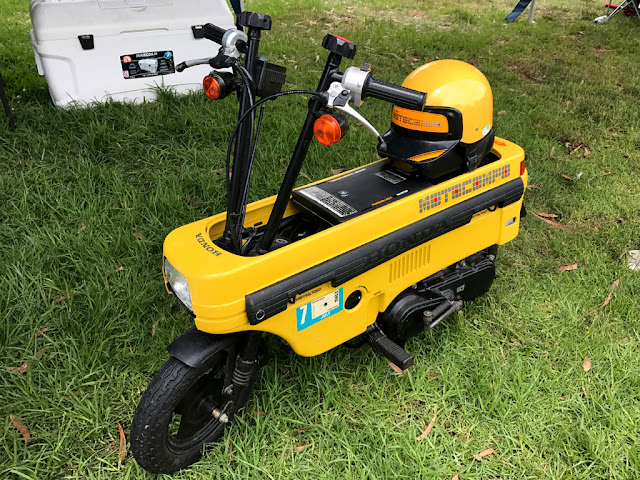 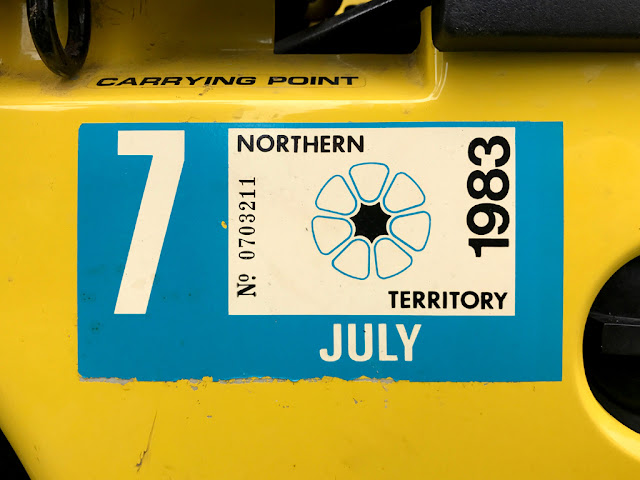 Surely someone's having a laugh.

A tiny fold-able Honda motorcycle, designed to fit in the boot of a small hatchback - a little early-80s Honda commuter dream-team - purpose-made for the busy streets of Japan; in Australia, when new, registered to a state in central Australia that happens to have a population density not too dissimilar to the moon?

It's the minibike from Dumb and Dumber meets the landscape of The Adventures of Priscilla, Queen of the Desert. 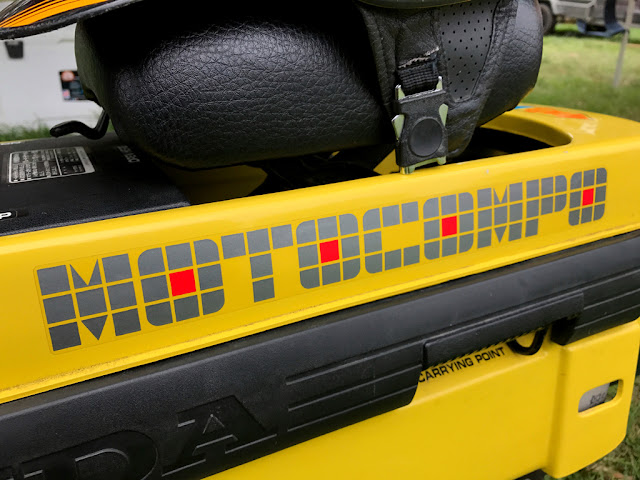 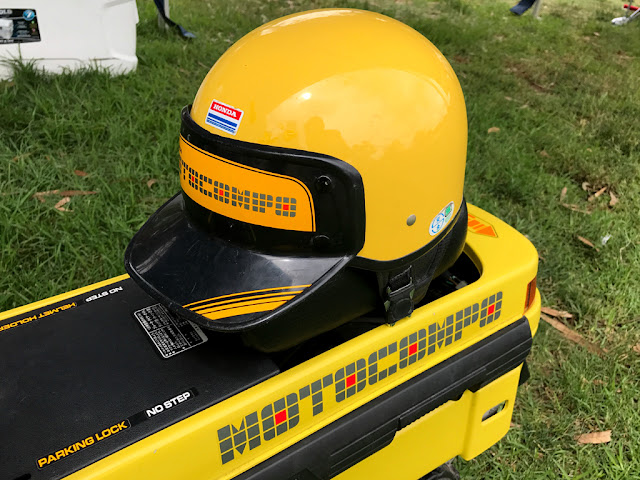 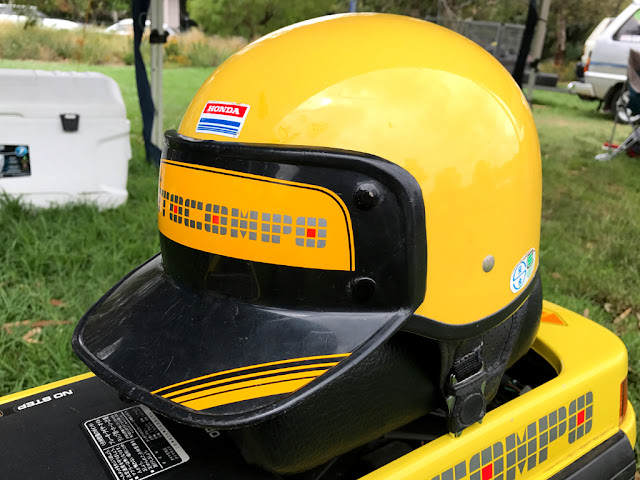 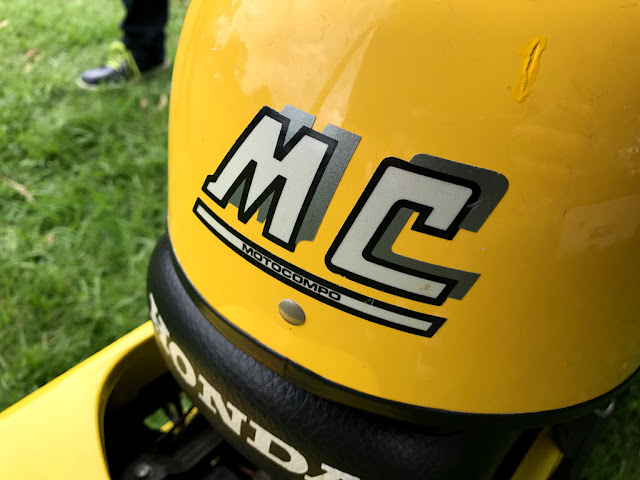 ..and has a matching open-face helmet that's just a little bit adorable. 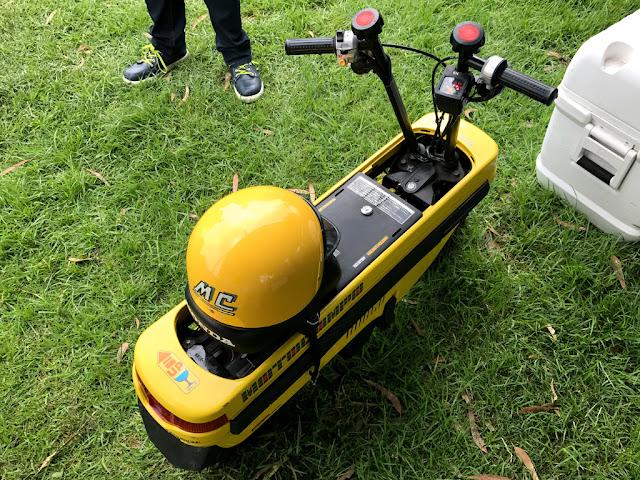 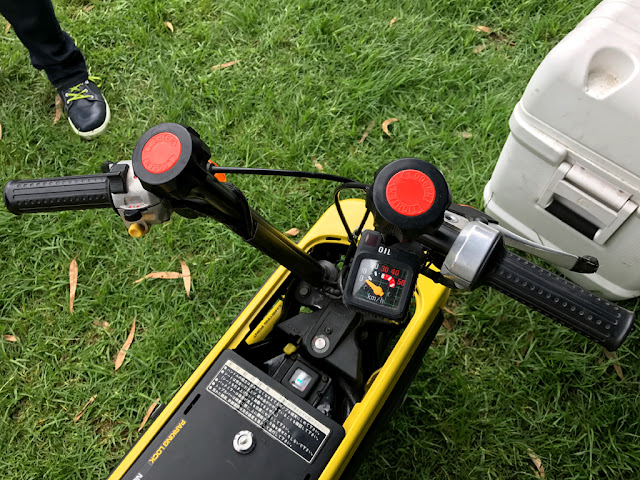 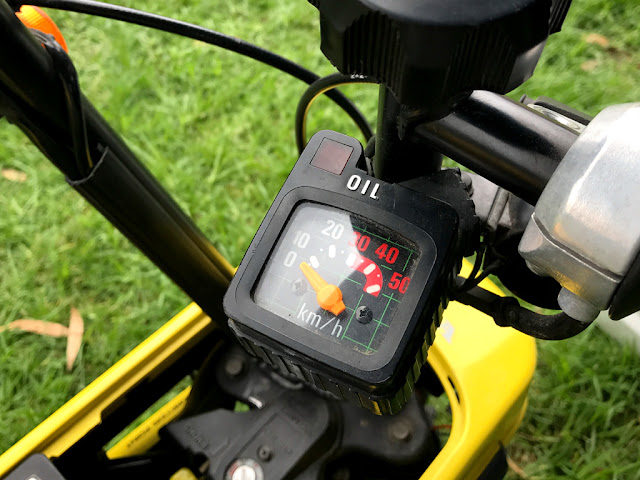 49cc, 2.5hp, 50km/h flat-out-with-a-tail-wind, and some of the only unrestricted highway in the world. Stick to the left! 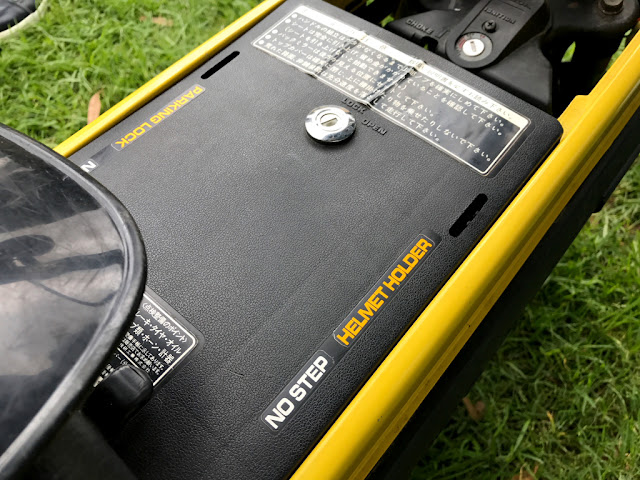 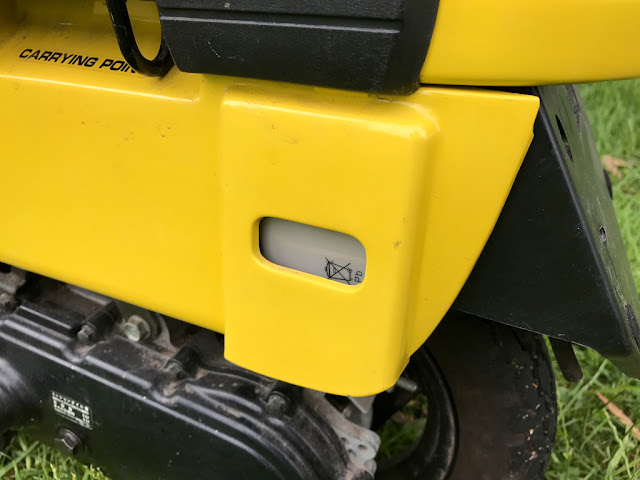 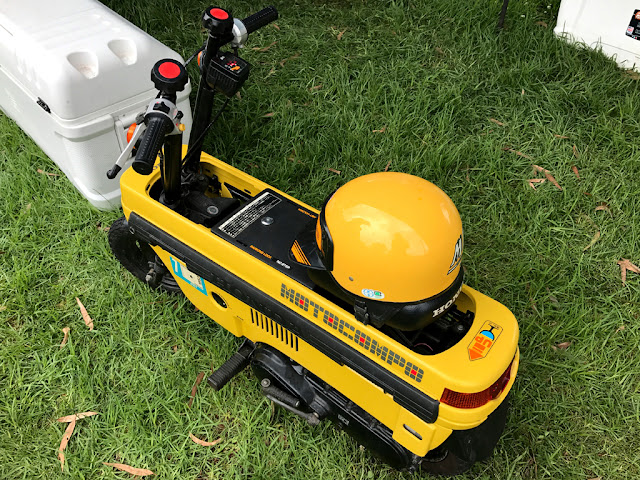 The only thing not to like is that I still haven't got one!