All the motivation of a single 4 year old's lil' legs making the 276 horse (and 1100+ leg!) alternative that was Japan's car manufacturer's self-imposed "Gentleman's Agreement" of the late 80s through early 2000s seem.. well, stratospheric. 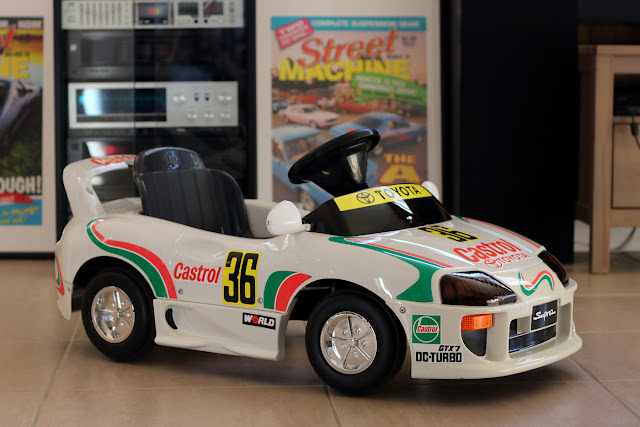 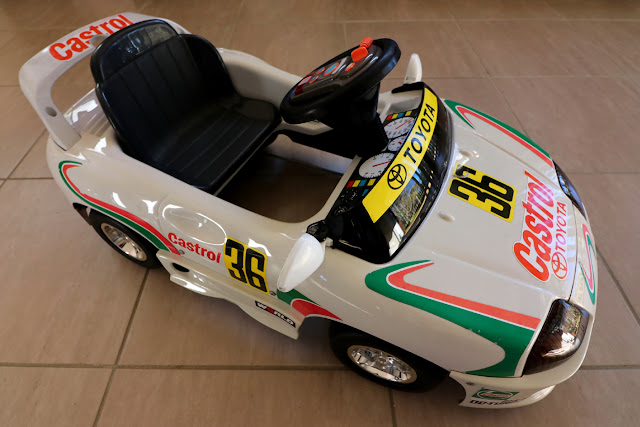 I love this thing. It's absolutely adorable.
Yeah, sure.. I might feel like a bit of a weirdo owning it when I don't actually have any children.. but when my inner-child is beaming? I'll manage. Failing that, it's a convertible caricature of an iconic 90s JGTC car. An inconveniently large model car... 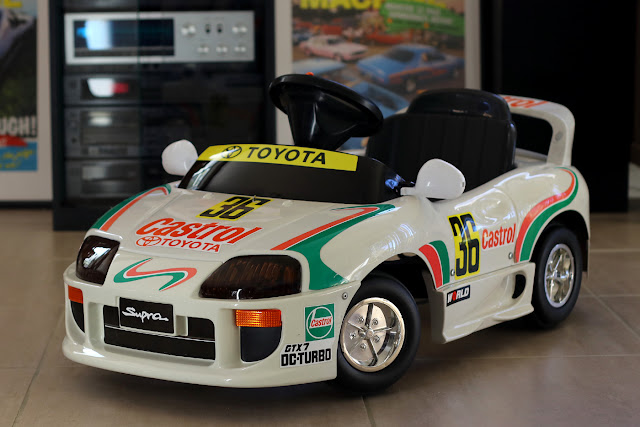 ..as yeah, as far as coffee-table decorations go.. err... well this one's the size of that damn coffee-table. Since it's no doubt difficult to get a proper sense of scale from these pictures alone, I'll clunkily paint a very clear picture: this thing's a metre long, 550mm across, 350mm to the top of the Supra's signature wing, and not-quite-so-accurately 400mm high overall. It's one large ol' chunk o' plastic. 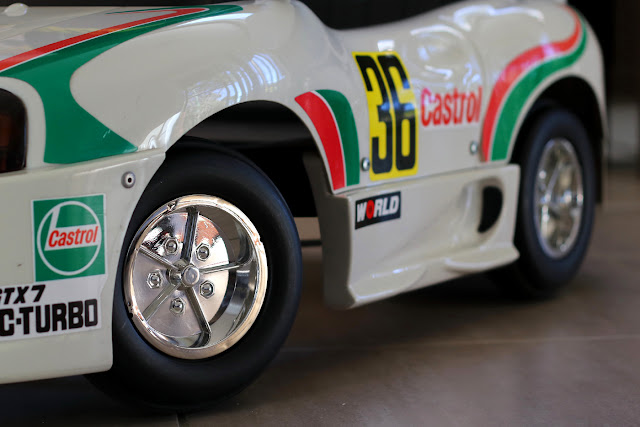 Those large dimensions allowing even a simplified child's toy to accurately carry across some very fun detailing.. 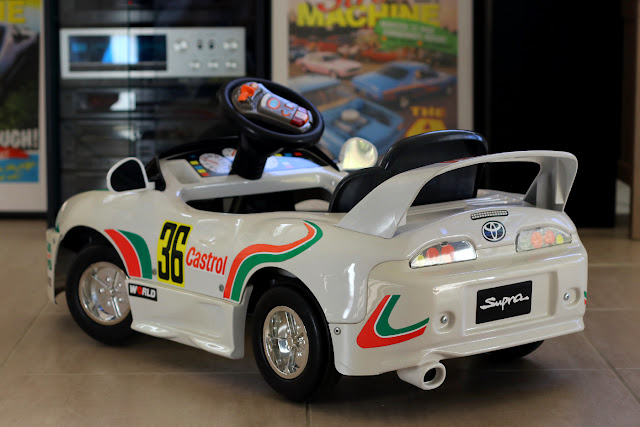 ...so despite being dressed in that JGTC Castrol TOM'S Supra livery, this is very clearly styled after a pre-facelift Japanese-market production car - complete with optional aero skirts and rear spats! Yeahhhdorable... 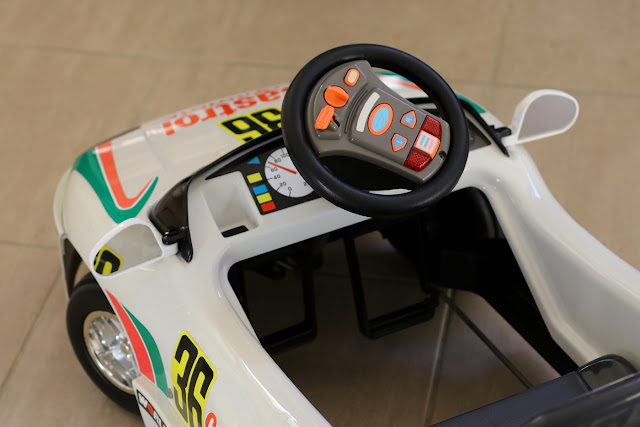 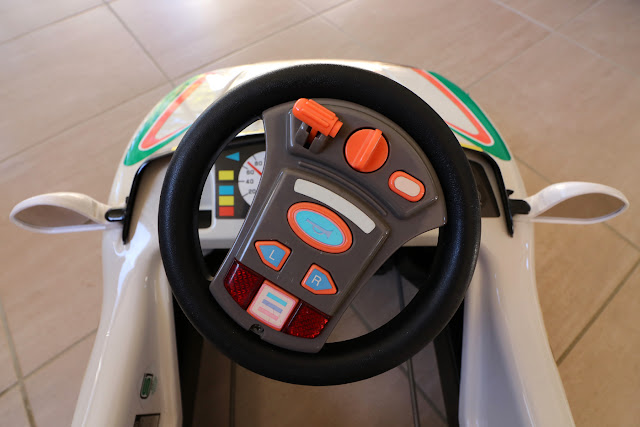 ..and speaking of power; a pair of AA batteries inside that steering wheel power a bunch of goofy things. Lights flash and sounds play - fun to drive parents absolutely insane! 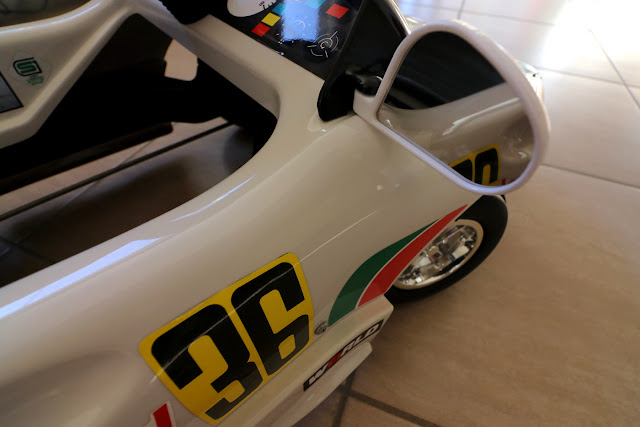 Pre-facelift means those mirrors are manually folding of course. The 550mm overall width dropping to a more carpark-friendly 500mm. The Barbie Jeep will do no damage today.. 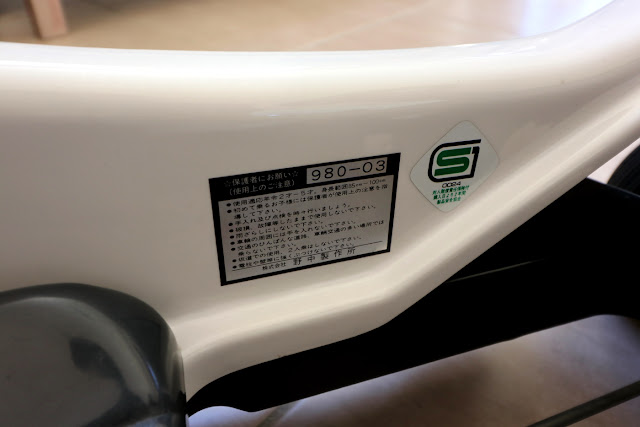 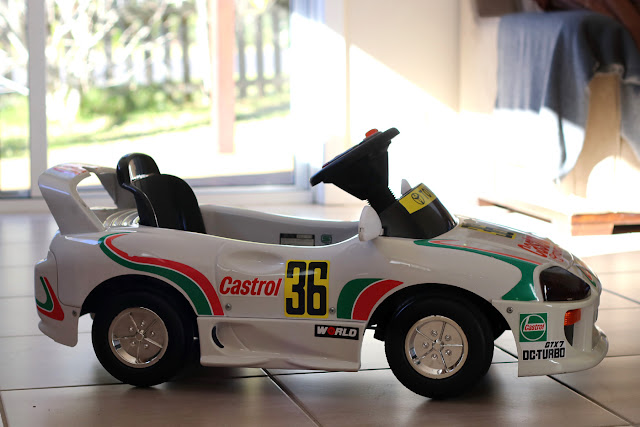 SO.. if anyone has any more info on these, well I'm all ears!