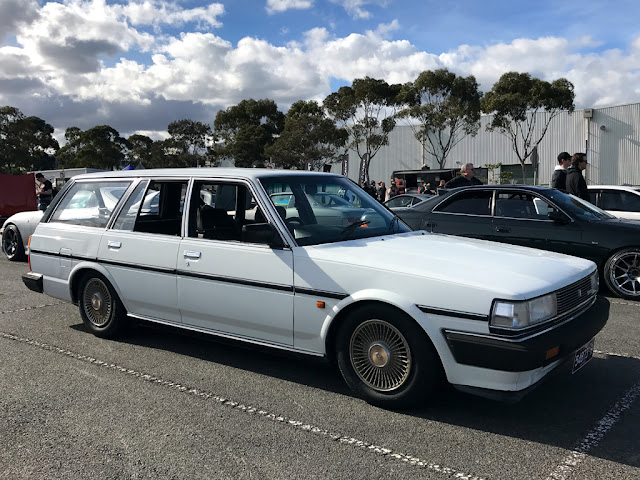 It's a fifth-generation Toyota Cressida (X70 Mark II, Cresta, Chaser, etc..) wagon, in wildcard South-African-assembled and 21R-powered 1987 RX70 form...!
Special here today both for having an engine we never saw in this chassis locally (Toyota's R) and a body style we didn't-but-absolutely-should've had; Toyota Australia choosing to stop importing these wagons when the X60 / fourth generation cars wrapped up in 1984... 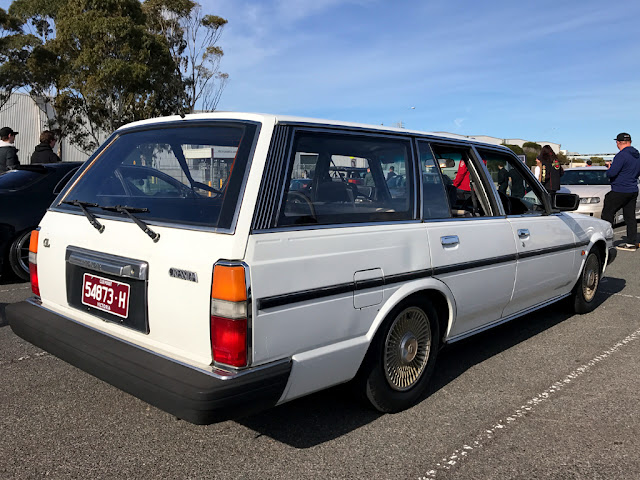 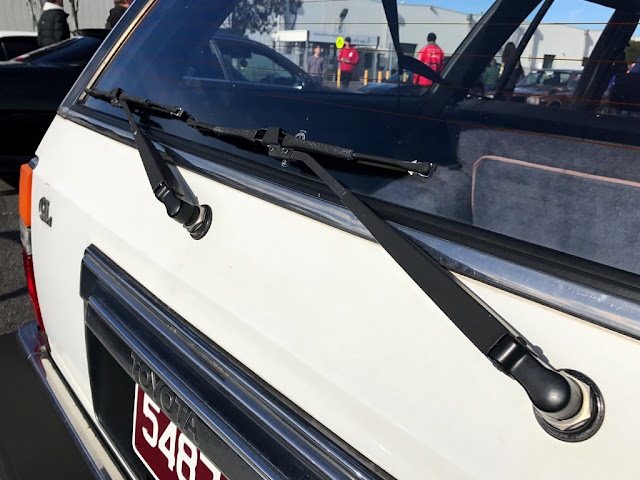 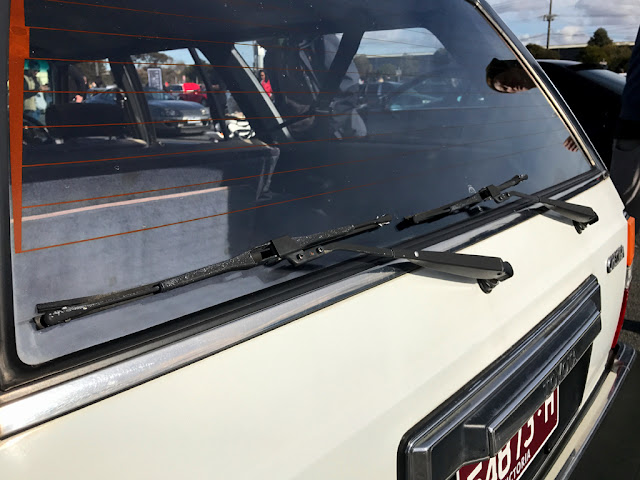 Is it sad this is the go-to detail in my mind on these cars though?
Double-wipers on a rear window?! A detail Australia (..saying here with some confidence..?) didn't see outside of the XV10 Camry Wagon - coincidentally another Toyota of similar size. Isolated examples for obvious reasons; I'd like to know how the hell the need was justified... 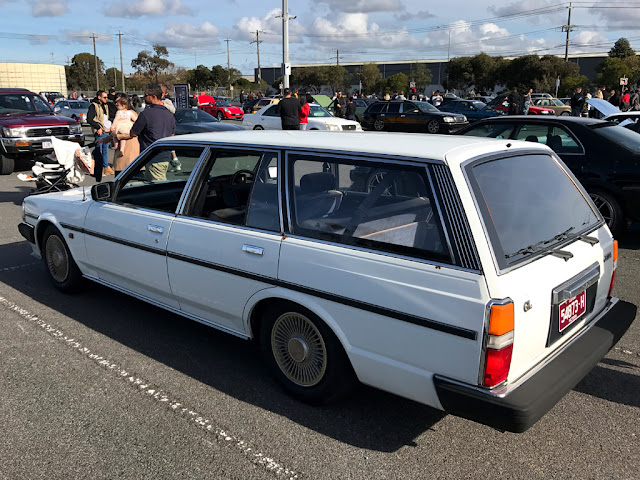 Like its X70 sedan equivalent, these wagons (or "vans") are too a handsome thing. Thin pillars and a flat roof accentuating that length.. 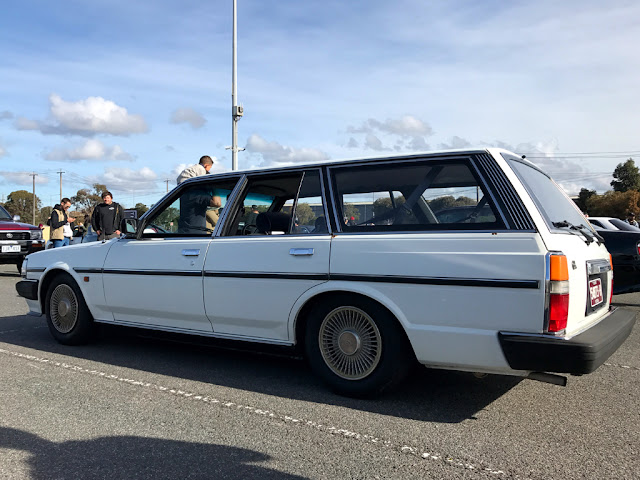 ..and even further here with the good couple inches taken out of this particular car's ride-height! 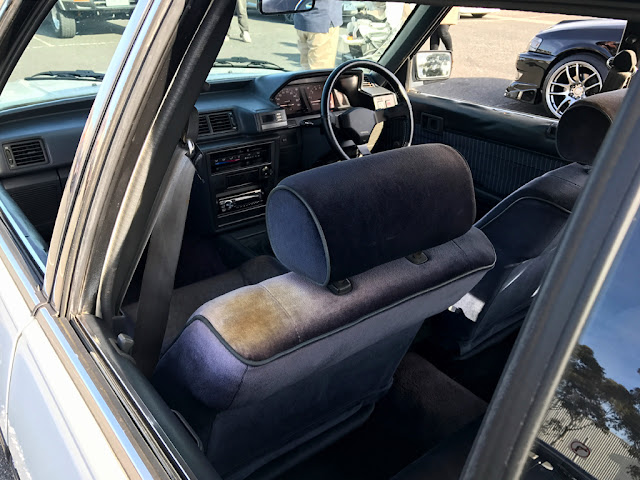 Roll with your mates in the blue-velour lounge. The manual transmission and a AW11/AE82/AE86 "Twin-Cam" steering wheel adding a dash of sportiness.. 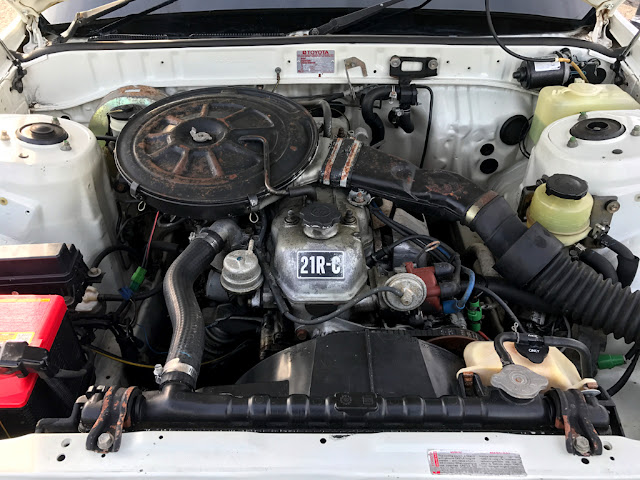 ..even if it's only wringing the guts of out a 21R-C four'!
Single-cam and emission-equipped for outputs of <70kW and ~150Nm; a far cry from the 121kW and 221Nm muscled up by the twin-cam six-cylinder 5M-GE (a pretty engine to boot!) powering even base Cressidas locally by 1987. 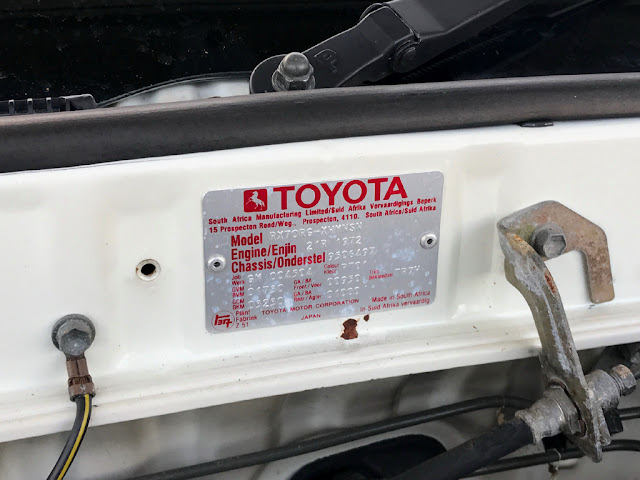 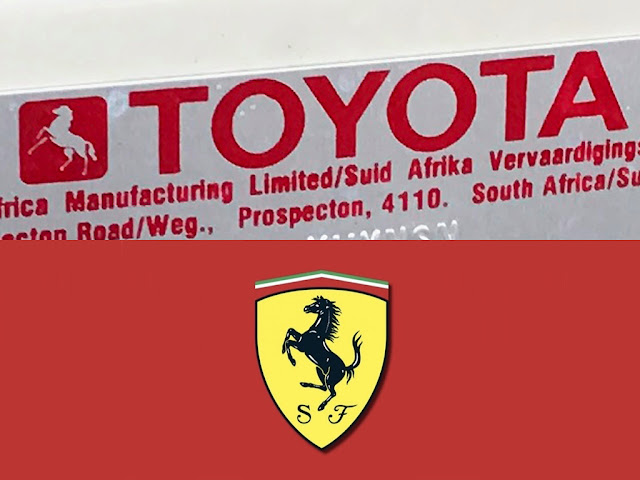