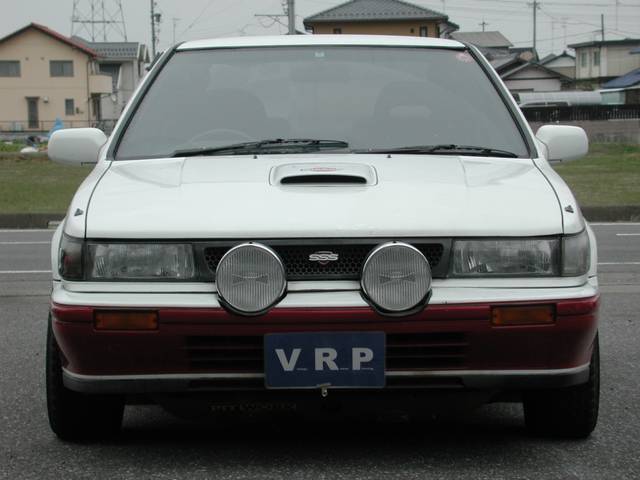 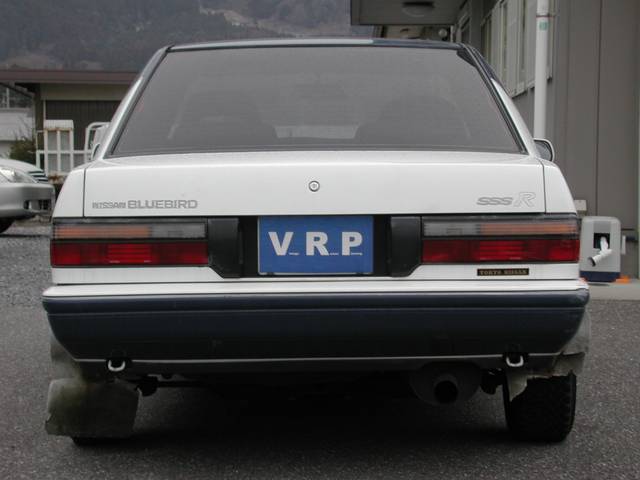 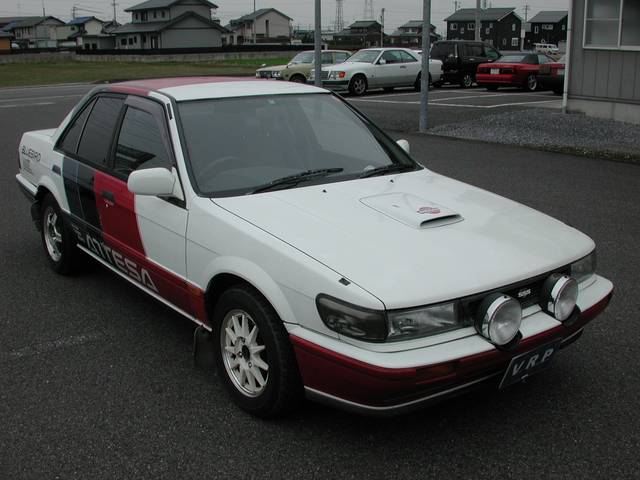 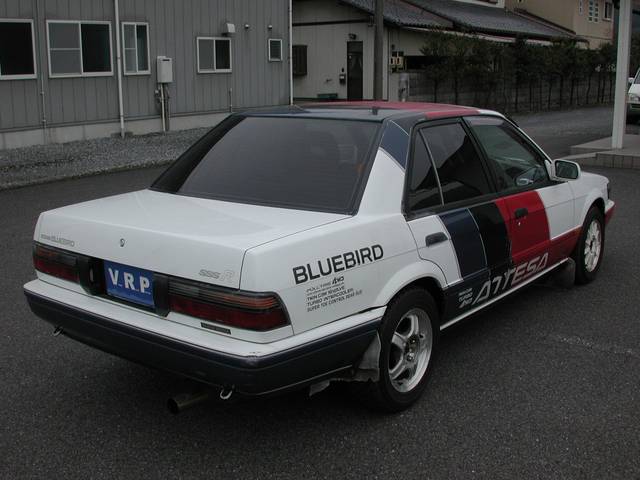 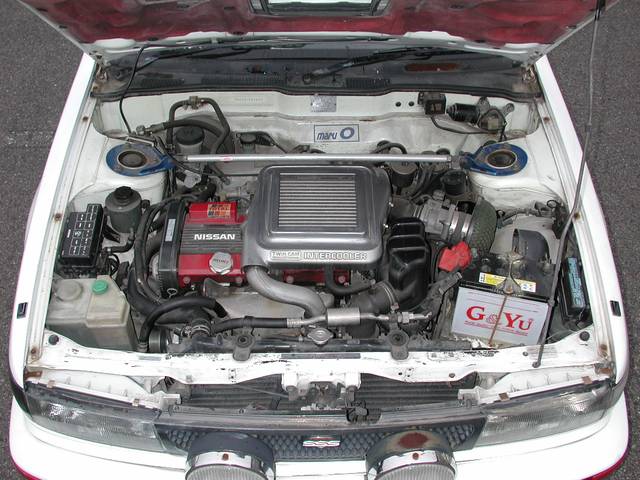 The 1.8litre CA18DET that makes this the RNU12. 1.8litre Twin-cam turbo four, with a (different for this same engine in other chassis) top mount air-to-air intercooler.
Power was sent to all wheels through Nissan's Attesa AWD system - the Advanced Total Traction Engineering System for All-terrain - the first Nissan to run this system, and from this model had found its way into other Nissan's shortly after.

By late 1989, the CA18DET was replaced by the 2litre SR20DET; at which point it was also interestingly the first of Nissan's cars to run this engine.


Cool car anyway.
I'd find a new RR mudflap, an airbox, some fresh gravel tyres, remove that rear muffler - then get it out on some dirt roads!