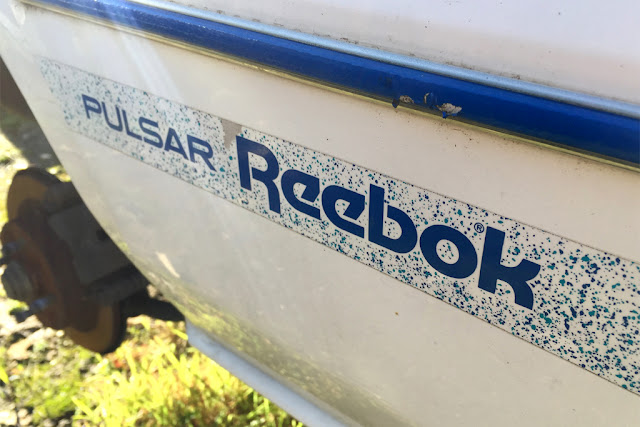 Highlight of my week.. right.. here.
I had been keeping my eyes open for pics of one of these for the longest damn time! For a model that is really quite infamous in Australia (if for no more than simply being a head-shakingly silly concept), they really are so rare to see.. 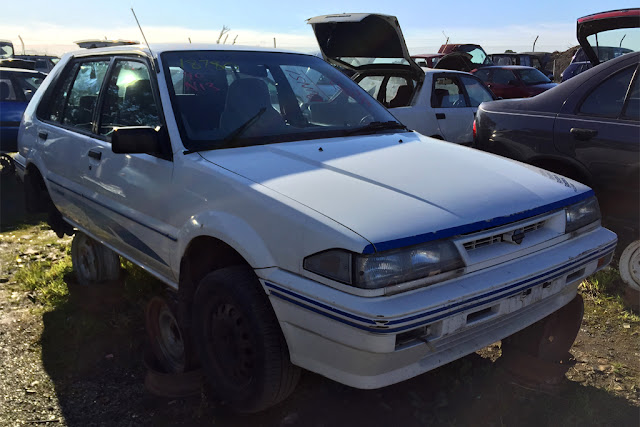 The car? a 1990 N13 Nissan Pulsar Reebok - a decal-heavy limited-edition, based on a very late production Pulsar hatch.. which was naturally combined with a popular 80's English sports-shoe manufacturer.. 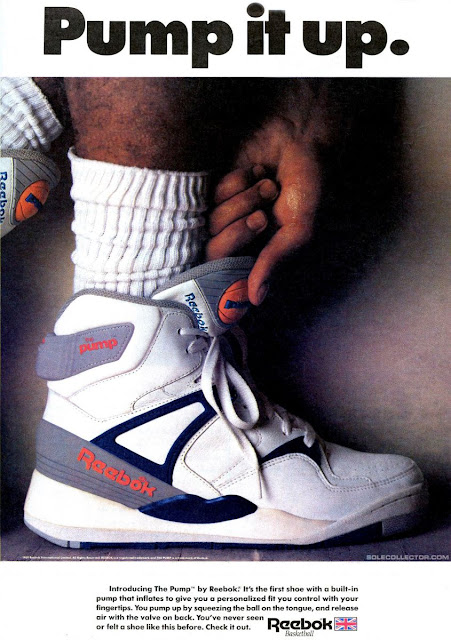 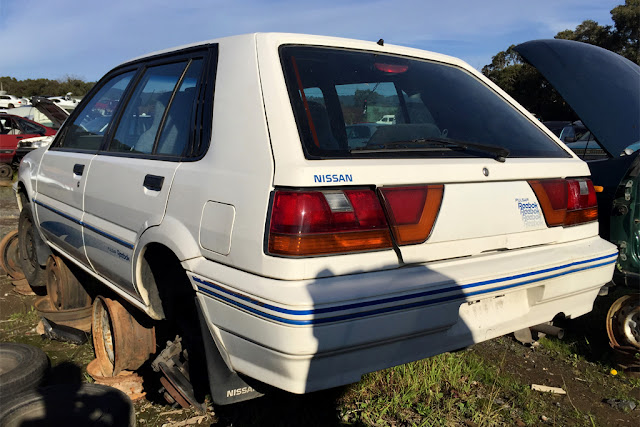 I came across this poor car at the wreckers on the weekend, and just about shed a tear when I saw how nice it still was. Straight body, rust-free, very original, likely garaged, and ~125k km on the full-featured instrument cluster..
I understand every car just cant be around forever, but it doesn't stop the pain when I see things like this. 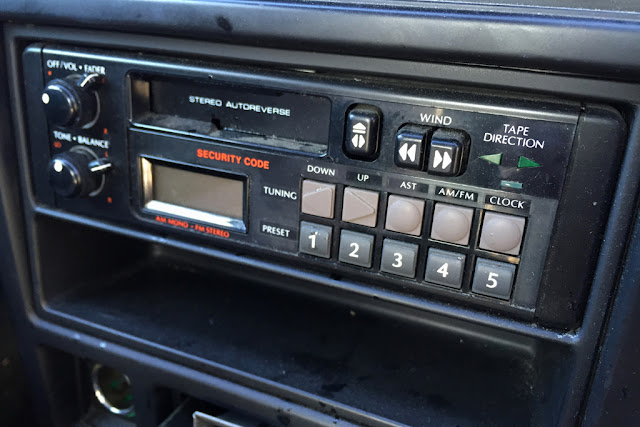 Picture of the original tapedeck still in place after 25years... 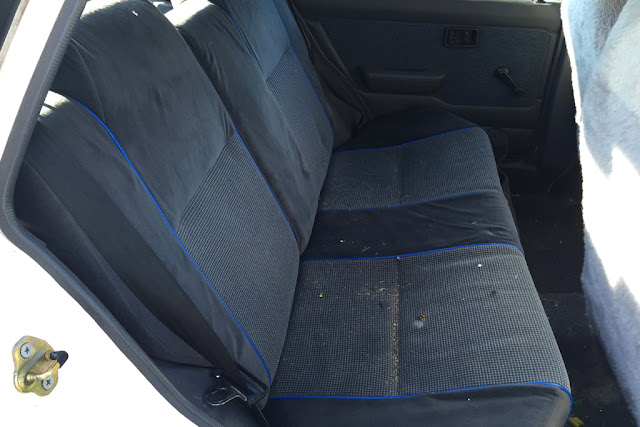 The special grey velour interior, with matching blue piping. This went well with the unique white-and-blue exterior. There were no other colours available with the Reebok..

Now.. the greatest part of the Reebok (other than it likely came with a pair of Reeboks..), really is the decals. They transform this gem from your nan's nuggety white Pulsar, to the prestigious collectors item it so clearly is.. 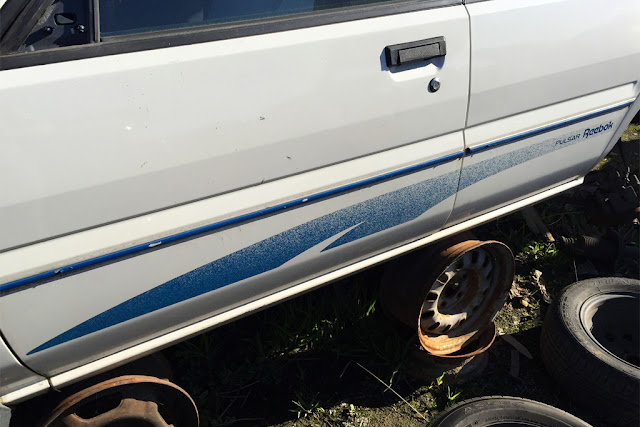 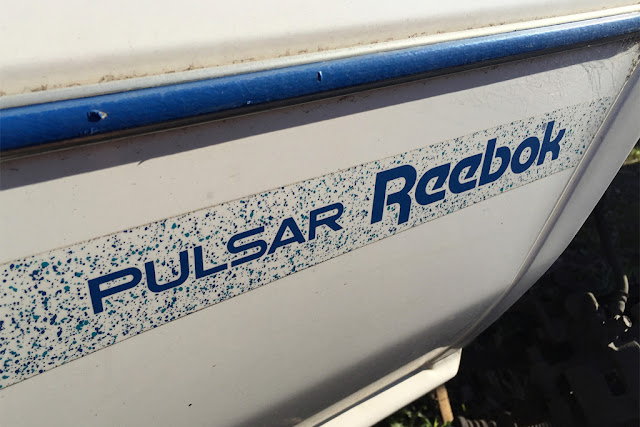 On the doors; these large stripes look as though they've come straight from the sides of 1990's coolest footwear. The green/teal and blue speckle is a nice touch.. 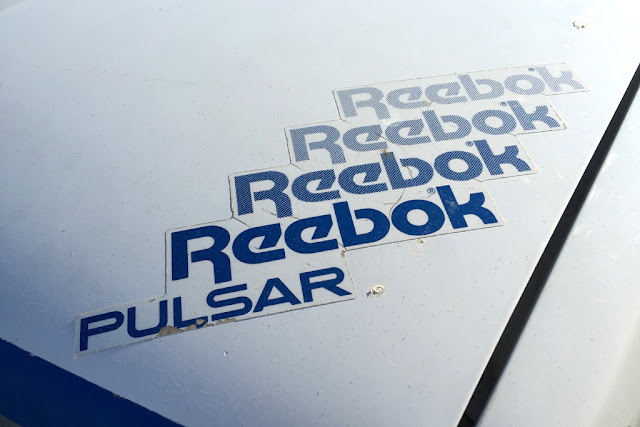 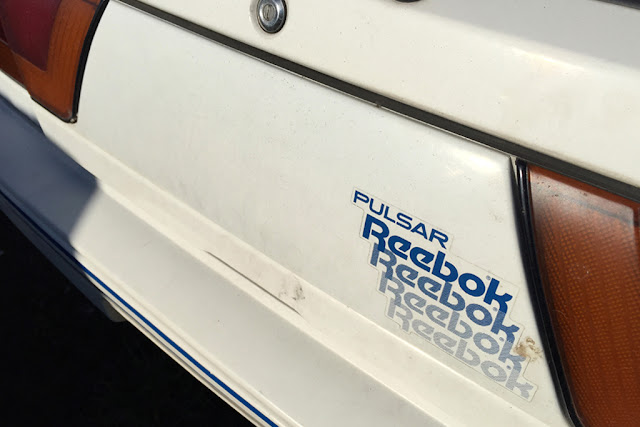 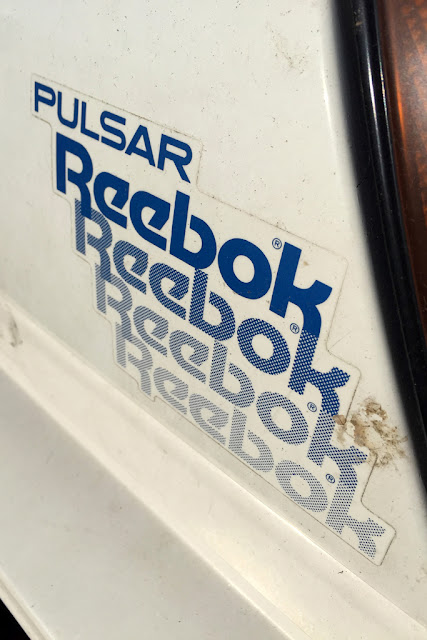 ...and in reverse on the rear garnish.


I couldn't find a brochure image to include at this point, but this may be one better: the period 15second TV spot!

...aaand since its very likely that link will eventually fall off the Internet, a couple radtastic screenshots. 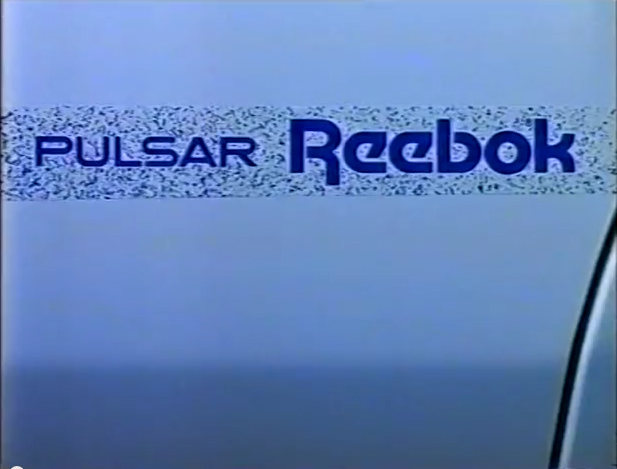 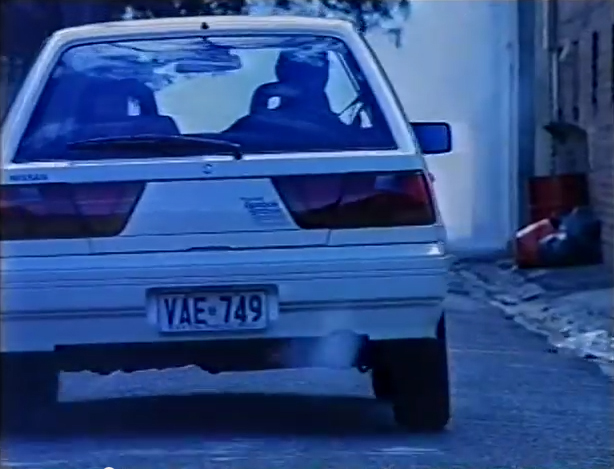 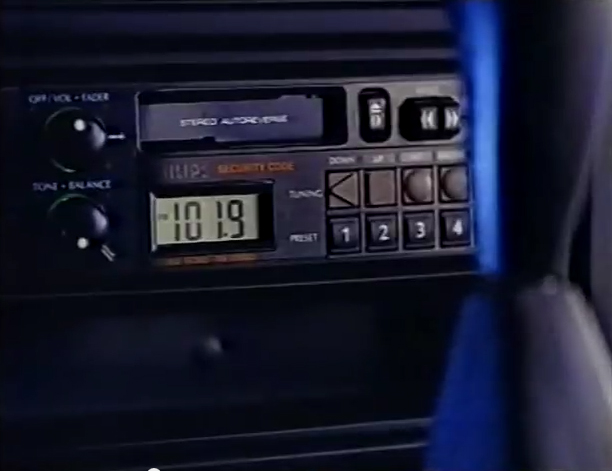 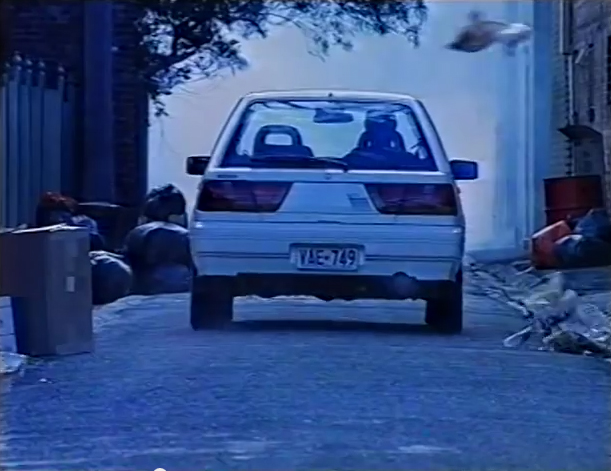 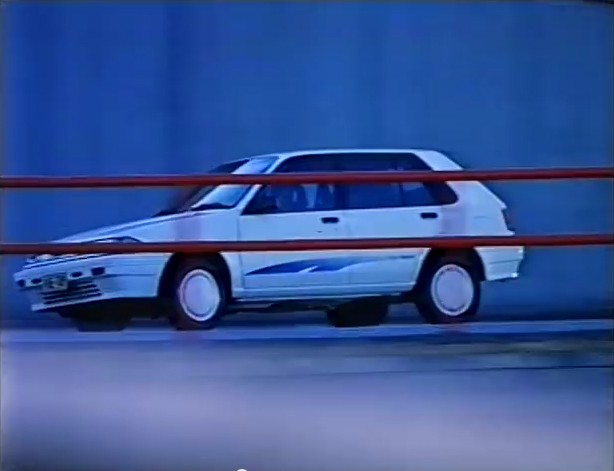 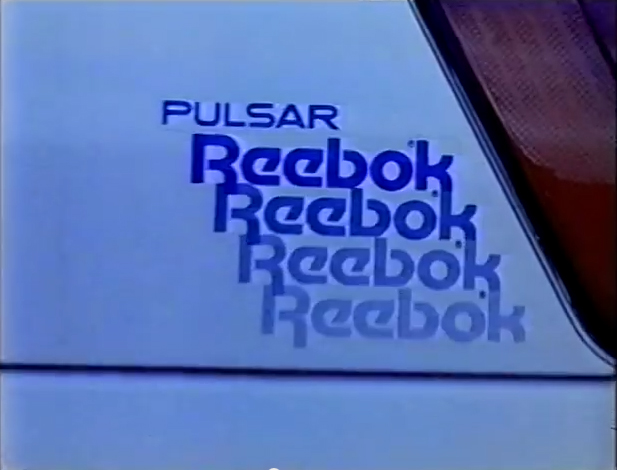 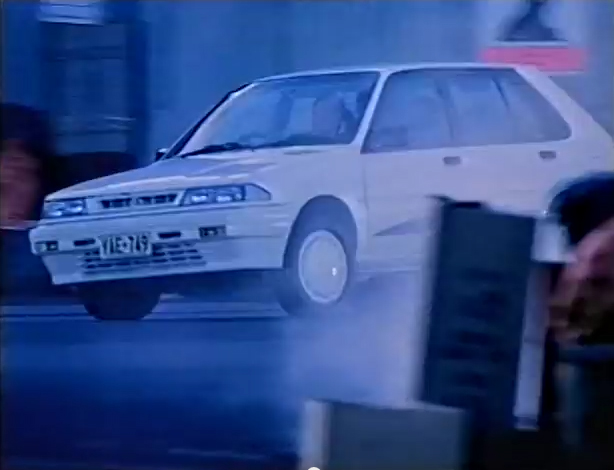 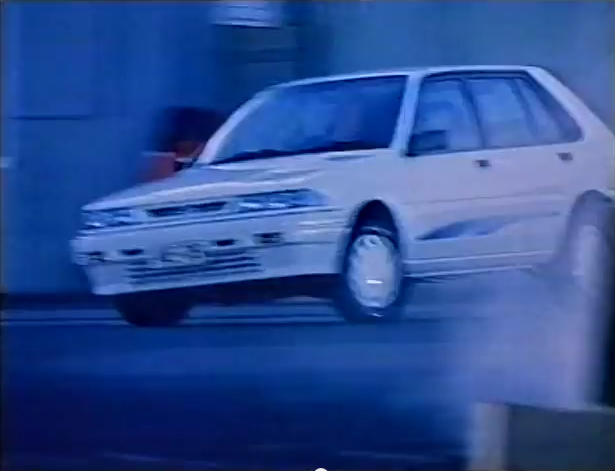 ..if you watch the above ad, you'll see this is seriously pinging by this point! 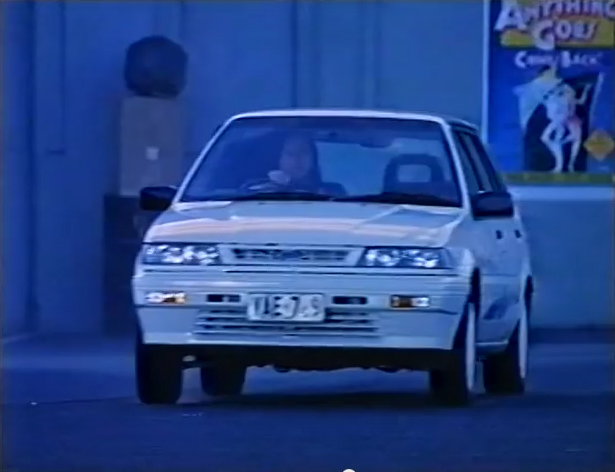 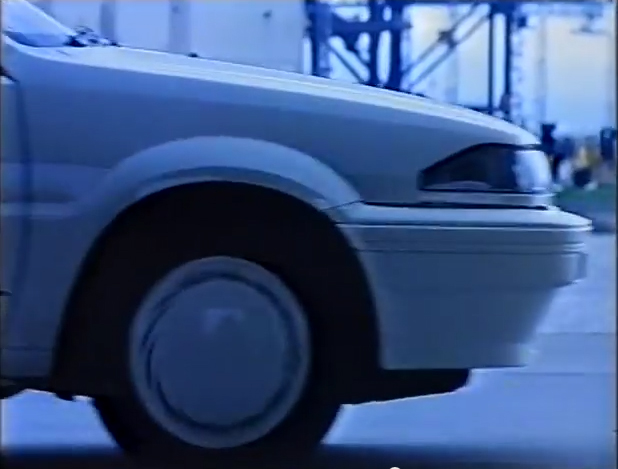 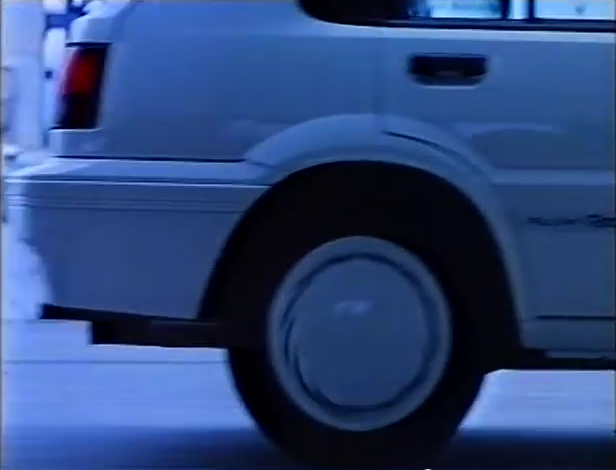 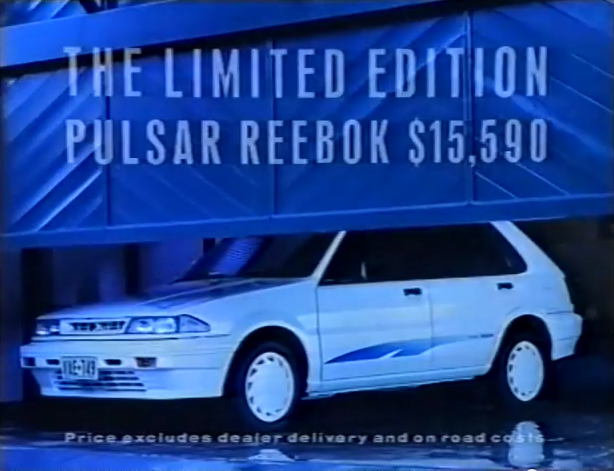 ..looks great on its original white hubcaps too. You'll have to use your imagination on the pics of the car I posted, as its barely got its wheels.. let alone those tremendous couldmatched wheel trims.. 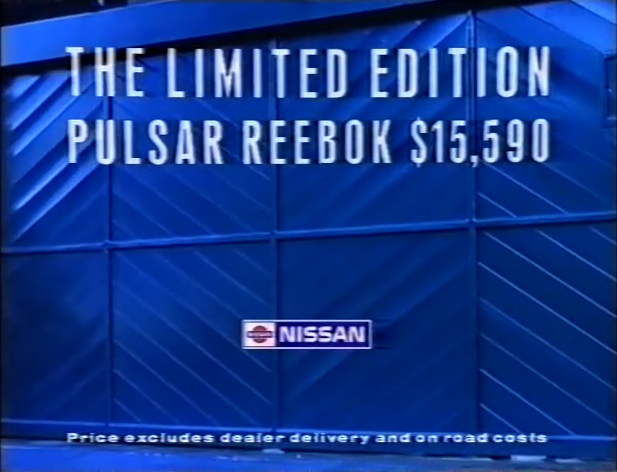 Bargain! I wonder where that car is now..?


aaaanyway; getting back to the Pulsar-at-hand.
Partly because I couldn't leave empty handed, partly because I'd been laughing about the Pulsar Reebok.. for just the longest.. damn.. time...
..and the rest because pickapart was doing 50% off anything starting with a 'B' that day..: 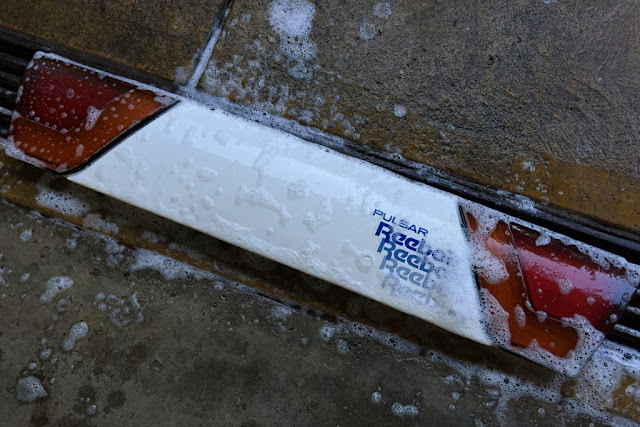 The boot garnish.. here photographed during a thorough morning-fresh cleansing program.
At $12.50, I was boldly setting records for this absolute collectors item. 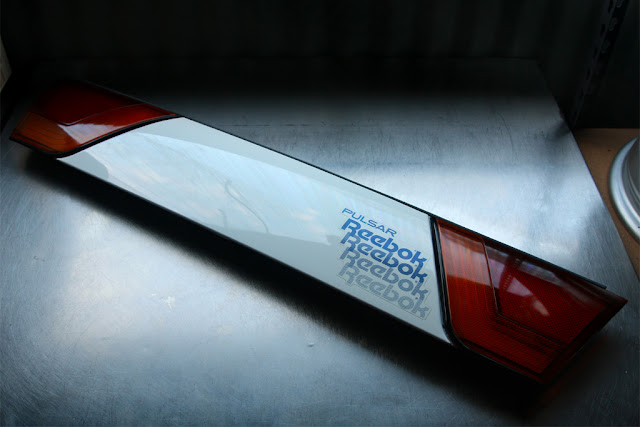 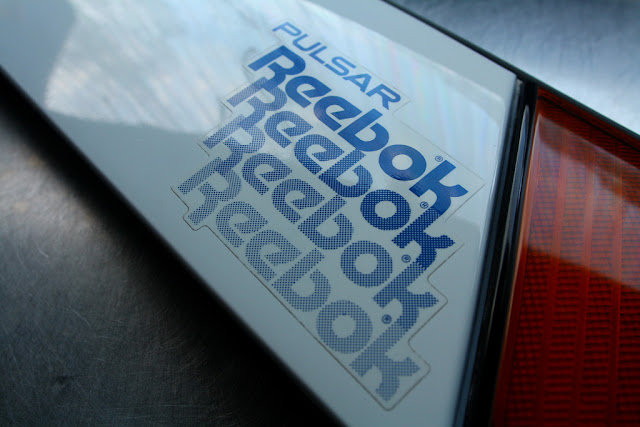 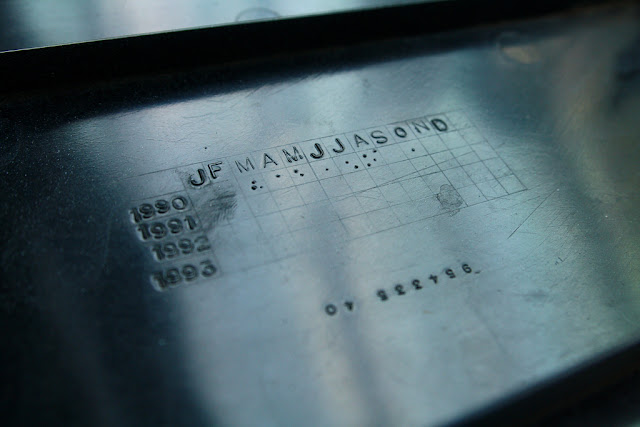 Done. A sneakerhead's ride of choice.