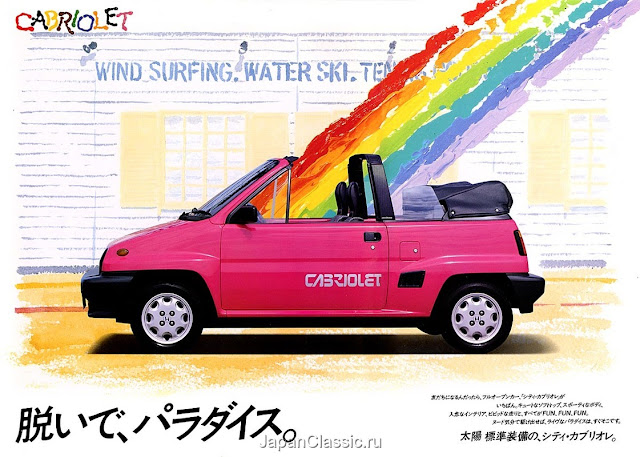 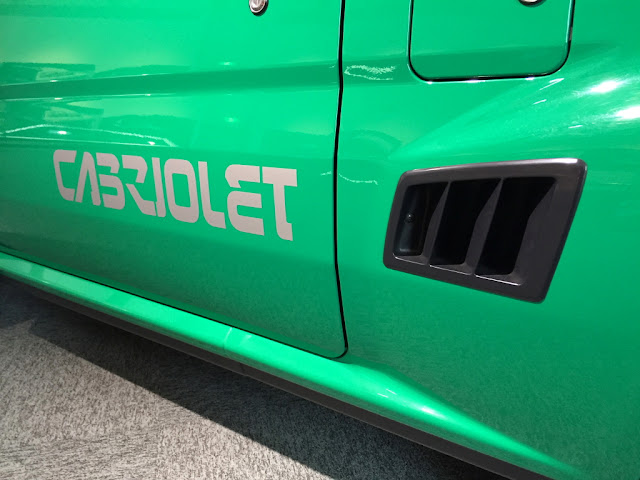 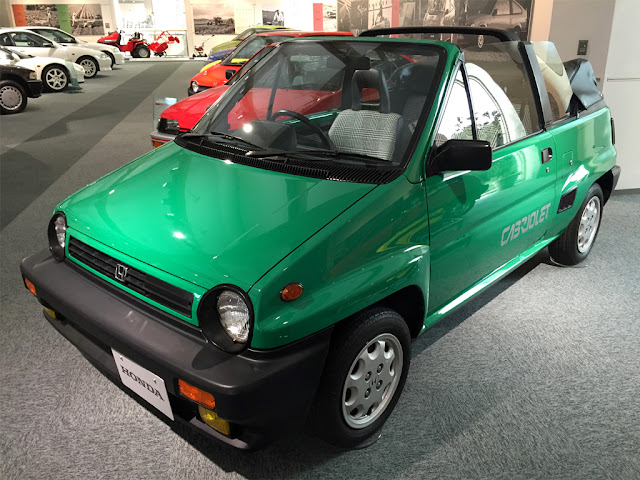 Eventually getting back to posting a little more of this - a 1984 Honda City Cabriolet I'd seen at the Honda Collection Hall earlier this year..
..and promised I'd post more of. Magically that time is now.. so you know.. CITY! 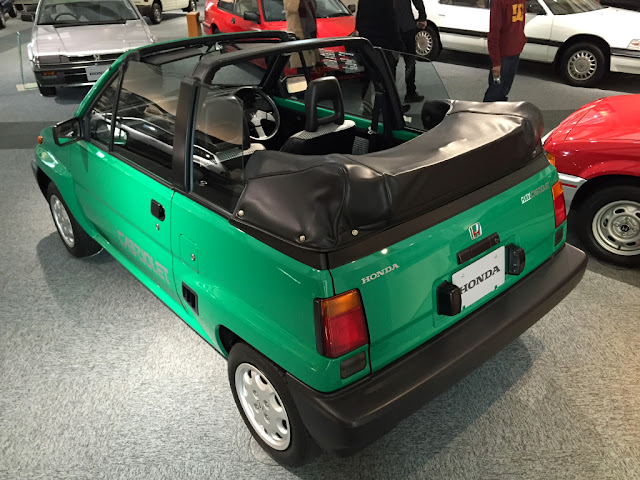 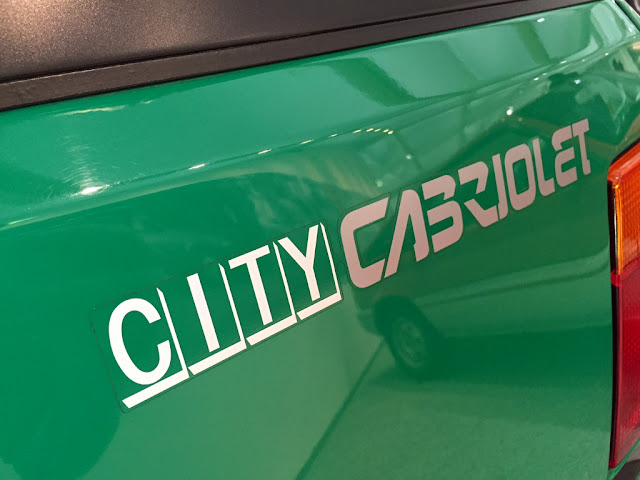 (..scrabble tiles..?)
The 1984 introduction of the FA Cabriolet was already 3 years into the 1st Gen City's 5 year production run. Designed by the Italian design firm Pininfarina, and using the Turbo II's widebody as a base. As a base. Essense of Turbo II. So widebody, yes; but unfortunately missed on the Turbo EFI version of the little 1.2litre four.. leaving the poor cabrio to work with a whisker under 50kw.. 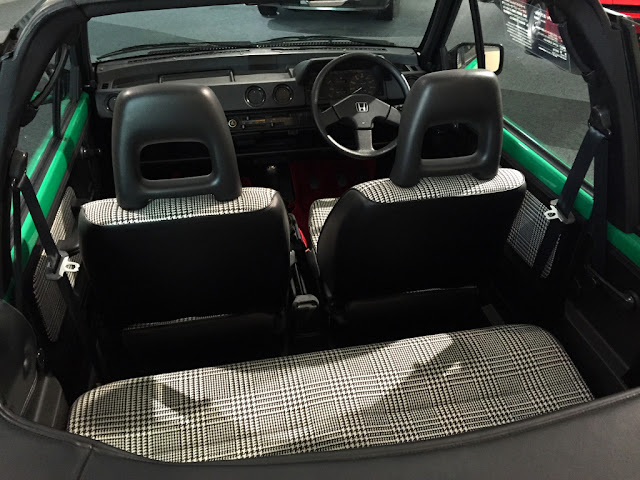 ..but you do get that fabulous lack of roof... 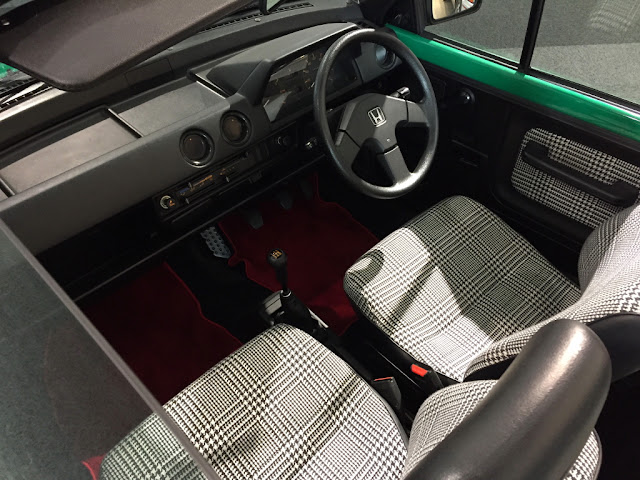 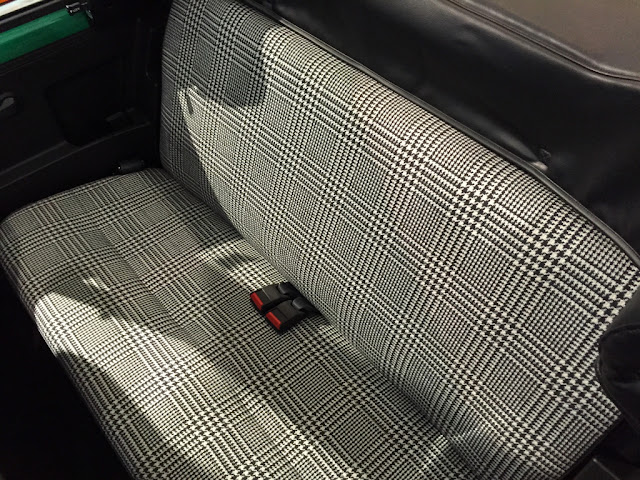 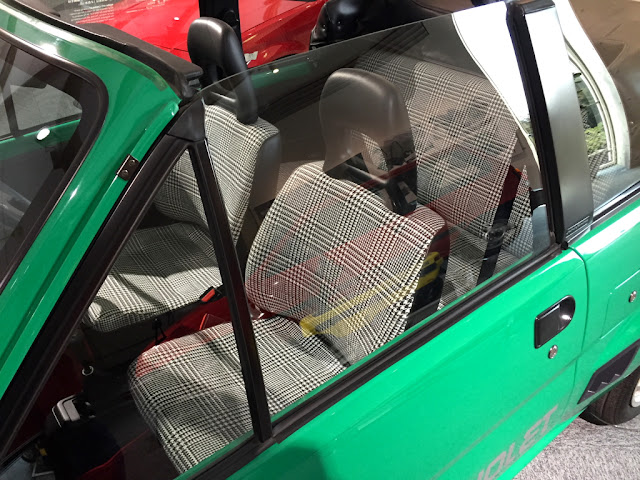 ..and epic plaid-houndstooth seat trim! This pattern is amazing.. and there is just so much of it.. 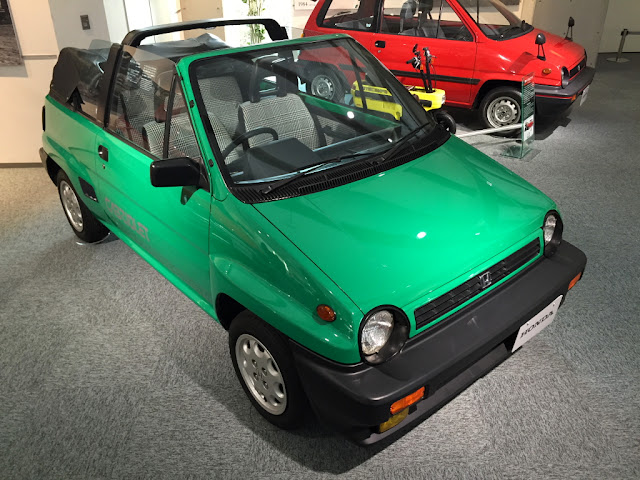 Worked well with the otherwise quite odd solid green paint! This was actually one of two greens.. as well as three blues.. red.. orange.. pink.. yellow.. and the standard range of shades, that made up an impressive early colour range! 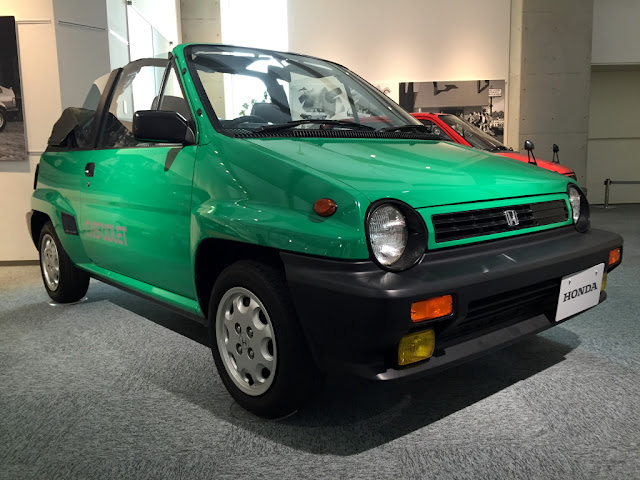