Like a fully-functioned Swiss Army Knife designed to hang on your keys... 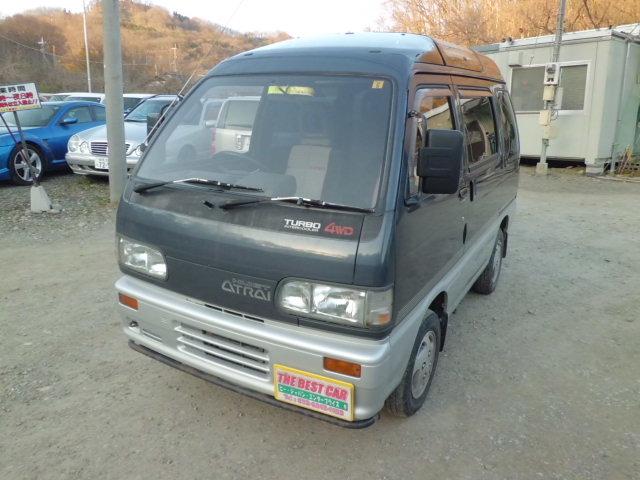 ..stopping me momentarily, from the endless search through Japanese automotive classifieds for the most complex little car I can possibly find.. the most suited to the term "compressed excellence".. 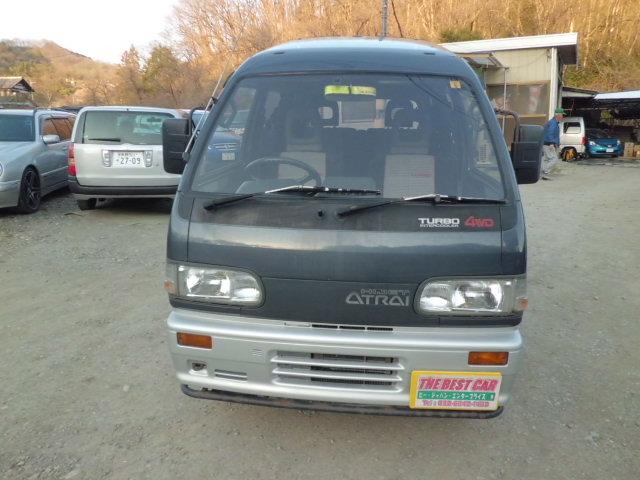 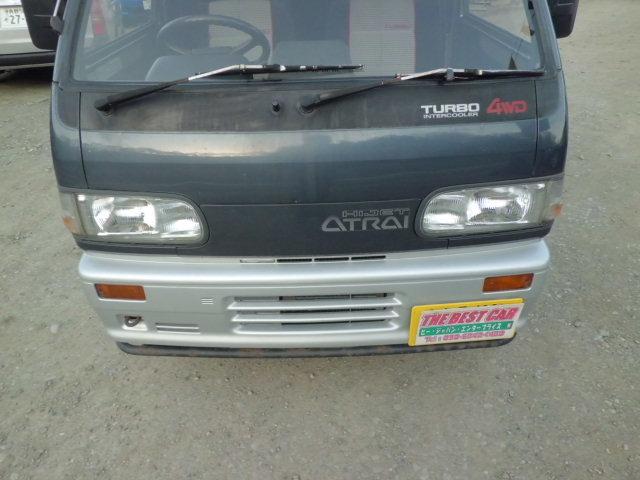 The 1989 Daihatsu Hijet Atrai TURBO-EX 4WD: Atrai being the passenger version of 1986's 7th generation Daihatsu Hijet, and TURBO-EX one step down from the TURBO-FX in late-80's Daihatsu Hijet Atrai hierarchy.
4WD? .. that's because the wing-mirrors are symmetrical. It's Latin.
(Seriously though, there looks to have been a 2WD/4WD option right up to the top models..) 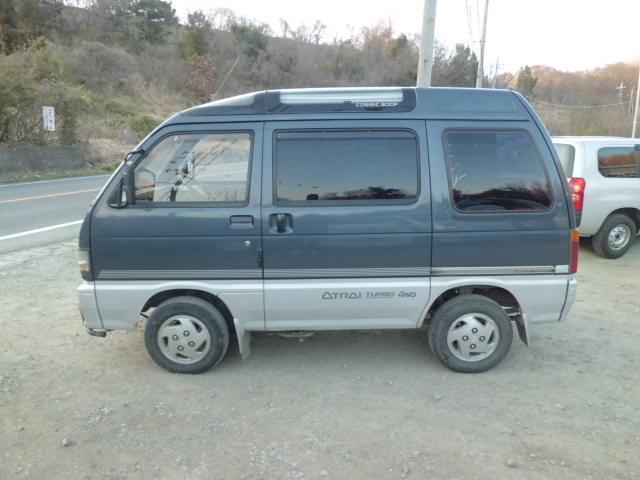 Yep... what we have here is a fraction over three meters of Kei-regulated joy. Three meters that includes a turbocharged, intercooled, 547cc 3cylinder; 4WD, a handful of seats, and a couple sunroofs.. 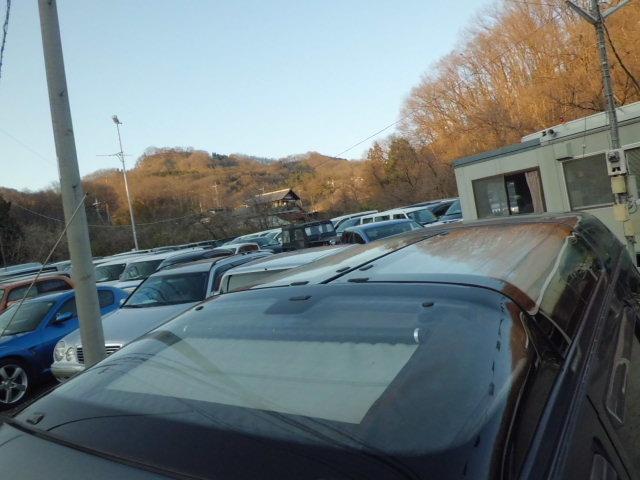 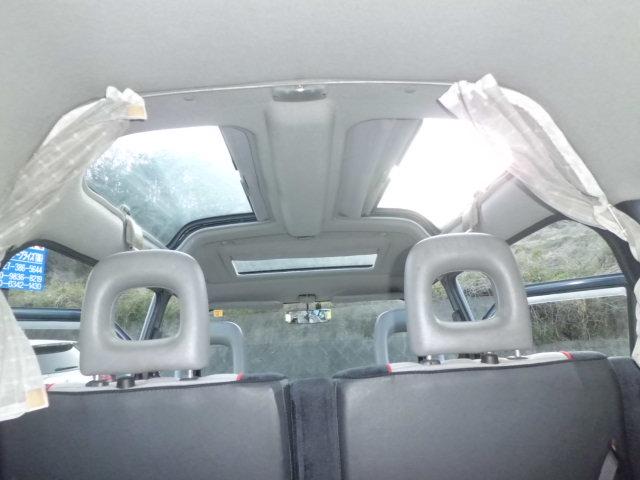 ...speaking of which; since this ISN'T 1989 Japan, and I'm NOT a Daihatsu dealer.. it took me a bit of pixelated-brochure-studying to try and figure what made a TURBO-EX a TURBO-EX.
Even side-by-side with the TURBO-FX.. both having sunroofs.. what was it that made it different?

The type of sunroof.

For whatever reason, it seems the FX has an elaborate electric sunroof where the whole centre section (above the second row) retracts back above the third row. The EX? Equally elaborate.. but all pop-up.. with those sweet semi-gullwing targa-style sunroofs, complete with little blinds. 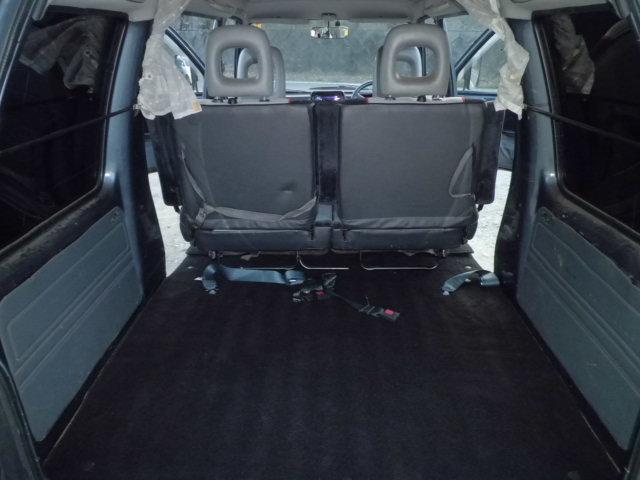 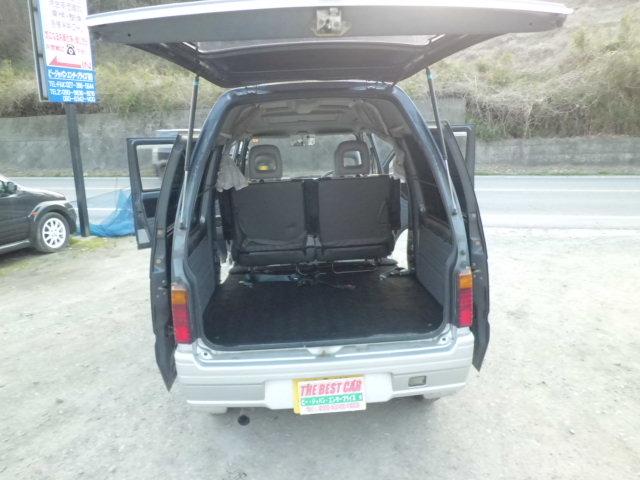 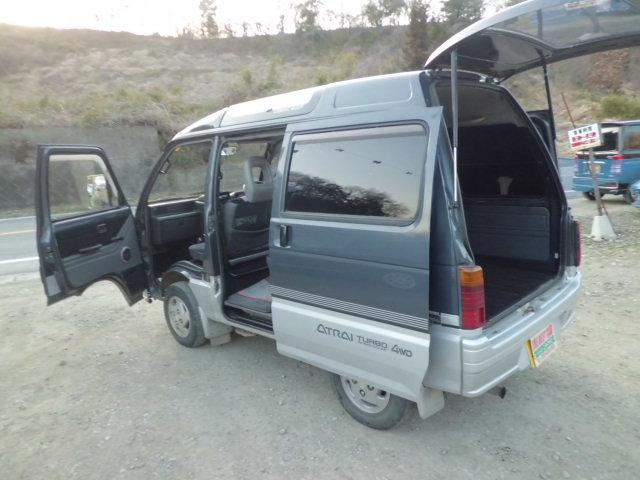 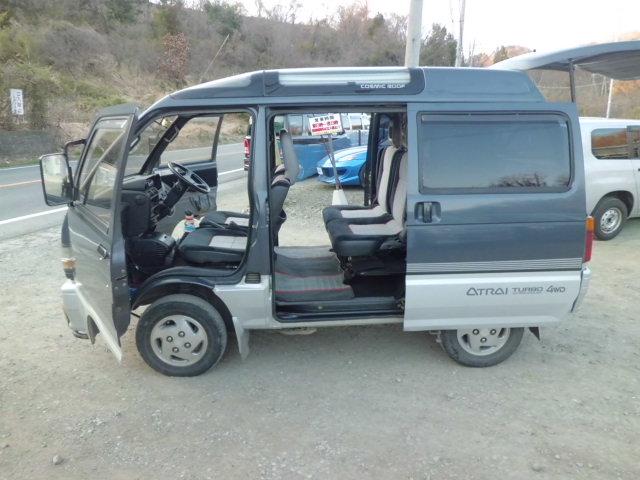 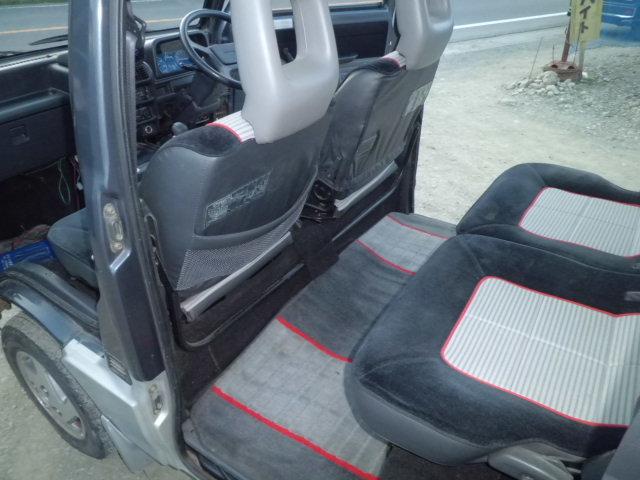 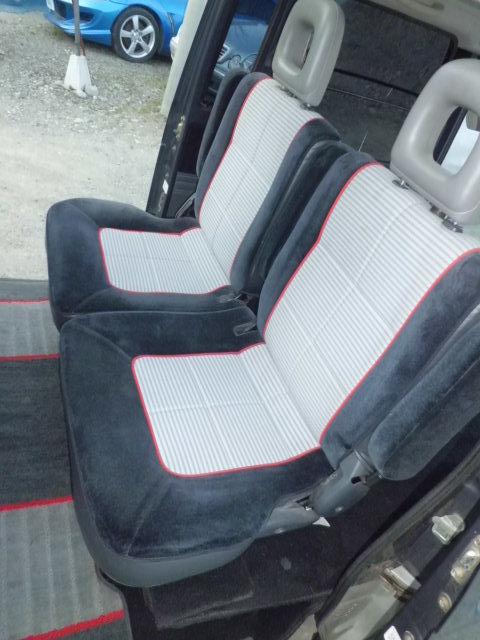 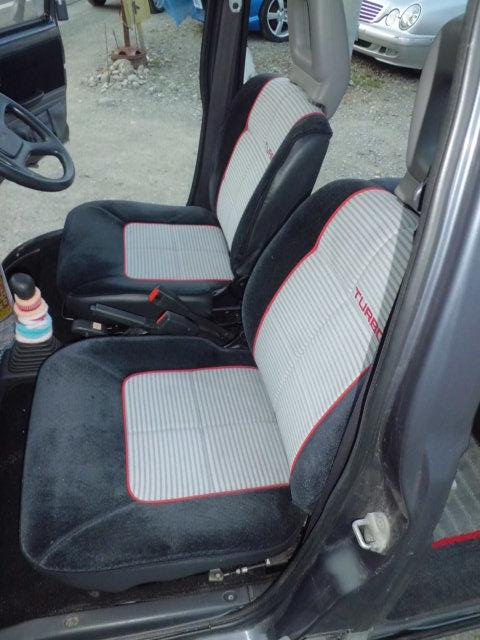 Plush mats and velour in a fantastic dark/light grey and red colourway.. with subtle 'TURBO' lettering for the front seats.. 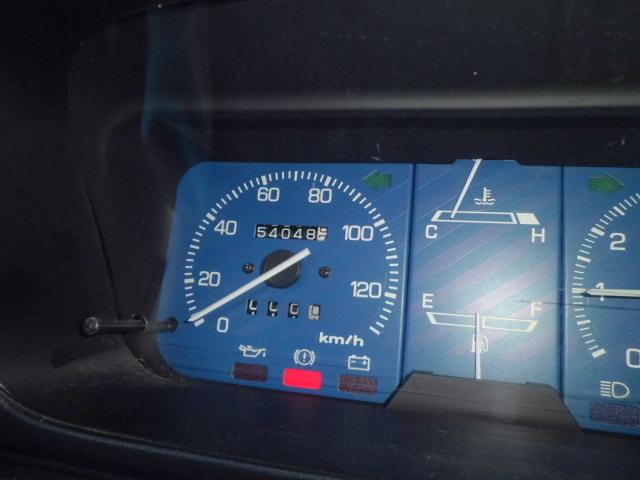 ..as the lack of wear to that velour shows; only 54,048km - nothing - but a 5-digit odometer tells me there weren't exactly plans to head to the moon.
Oh, and diagonal detailing on the blue plastic gauge faces is nice.. Back outside again.
Wheels, two-tone paint, height adjustable mirrors.. and maybe the coloured mudflaps.. (?) were part of a "TWO TONE PACK" that turned the the TURBO-EX and TURBO-FX into the visually-slimmed piece of art you see here. In the world of commercial-turned-passenger vehicles, a simple two-tone paint scheme is all that it takes to show others - at huge distances - that its people you're carrying in the back, not boxes of fruit...! 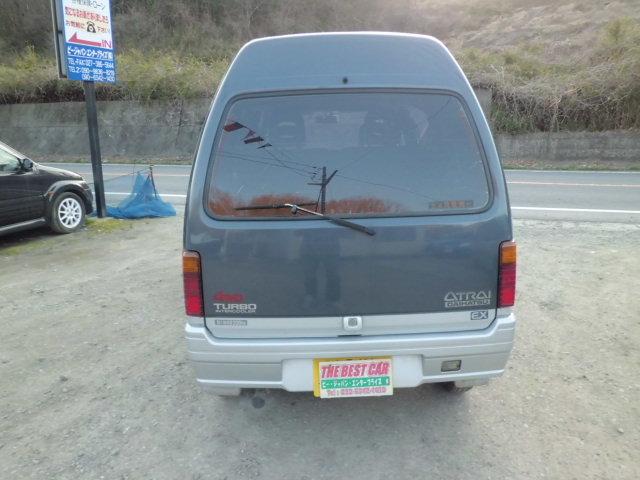 Sweet little Turboed Daihatsu van.
Sad part with all this? Its currently for sale at a dealer in Gunma, Japan, for ~60,000yen. Alll that tiny van, for what is the equivalent of only hundreds of dollars?
Aww.. cmon...
I hope it lives on.