The Ace of Clubs | In Search Of The Holden Piazza..

Isuzu Impulse. Isuzu Piazza. Variations of the same model that I've banged-on about before, here.. and here.
Giugiaro's 'Ace of Clubs'? The 1979 Isuzu concept that predated the models above.

Yet somehow managing to be even rarer than a one-of-one, is the Holden Piazza - General Motor's Australian arm (Holden's), locally-badged variation of the same. 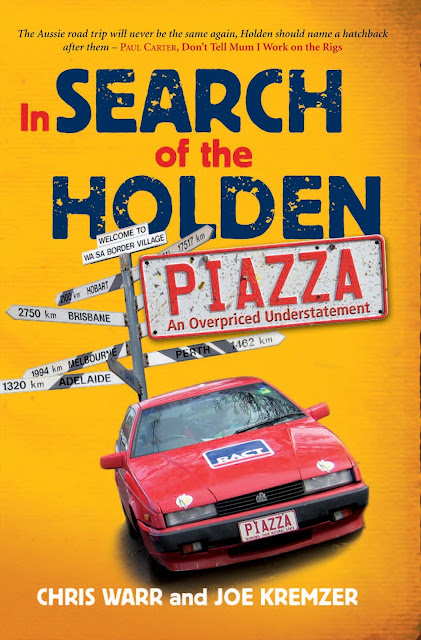 ..a car so rare, that a pair of blokes drove around Australia writing a book about trying to find the bloody things!

Late/1986 introduction, selling for only a couple years - and amazingly in even fewer numbers - Holden's Piazza wasn't exactly a poster of success.
Period reviews complained of dicey handling and even-dicier brakes, due in part to what were essentially reworked Isuzu (Holden) Gemini components...
..but part sharing means parts availability. Solid-axle and somewhat unresolved brake-balancing means the rear is antsy to lock up? Pah.. I'll worry about that after I've managed to pick-up a new rear axle setup from the wreckers!
Turbo four, rear drive, pop-up lights, and a digital dash. Throw in a proper Giugiaro design and that little bit of rarity-cum-exclusivity, and ohh.. I'm SO on board.

Finding a Holden Piazza in Australia nowadays.. that.. that's the only problem here. I can think of many times over the last decade-or-so of casual browsing, there being genuinely none for sale on the open market...
..right NOW though? Early April 2016? With a couple grand in your hand, you'd have a choice of 3 - and a half - running, driving, singing, dancing, Holden Piazzas..! 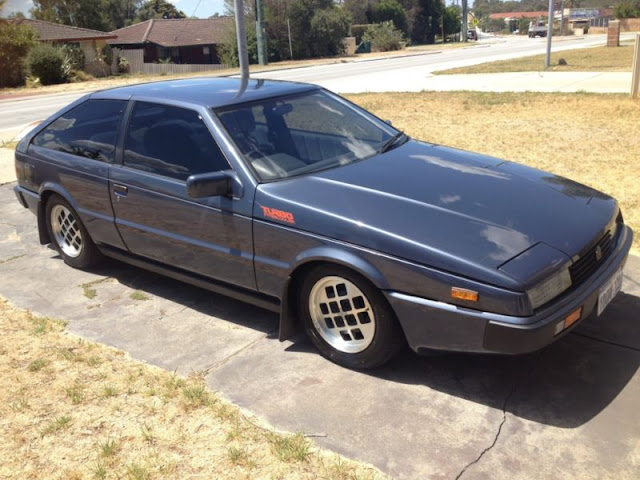 Pick of the bunch to me is this absolute gem; a gunmetal-grey 1986 Holden Piazza currently for sale in WA for ~$6000. Strangely a little low at first glance, but really looks to be an otherwise solid and original car. Supposedly less than 100,000km on the clock too.. and seriously.. from these pictures I'm not doubting it, despite it being completely glossed-over in the listing! 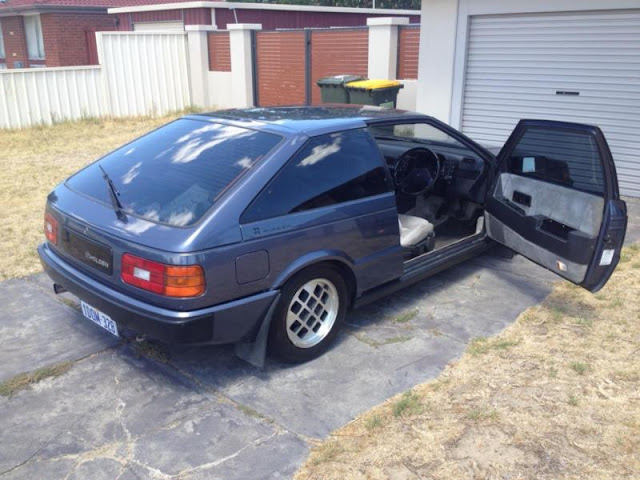 The original alloys look so good on these.
Mudflaps (accesory?) are still there, even after the lowering. Looks to be missing a armrest-bin lid on the door there though.. 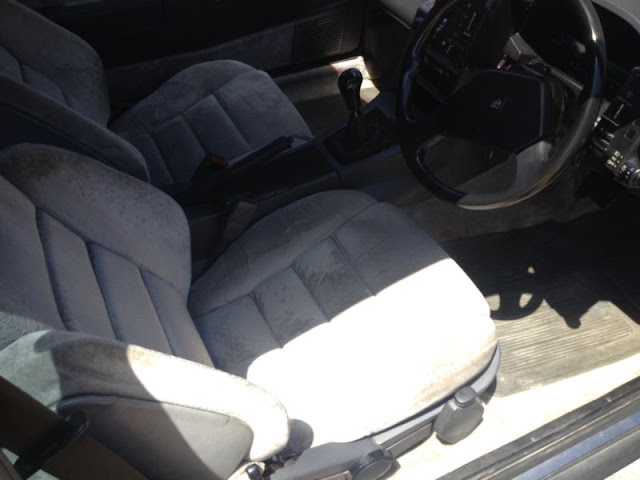 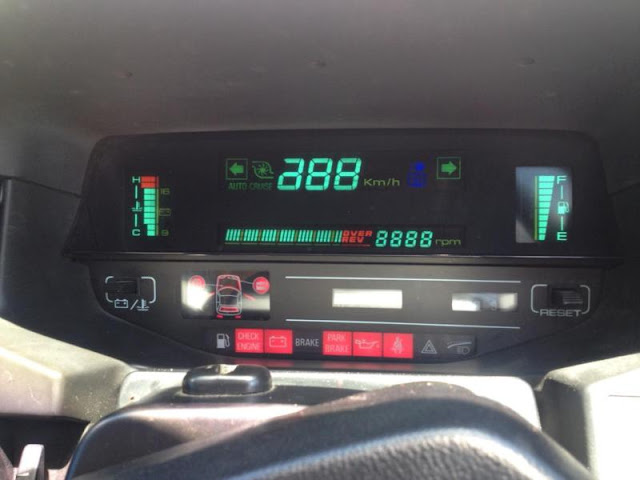 Grey velour, carpeting up the door, 5speed, and that fantastic digital dash.
...a simple redline? Nope.. "OVER REV"!

Shame there were no other interior photos taken, as these have some really neat details. 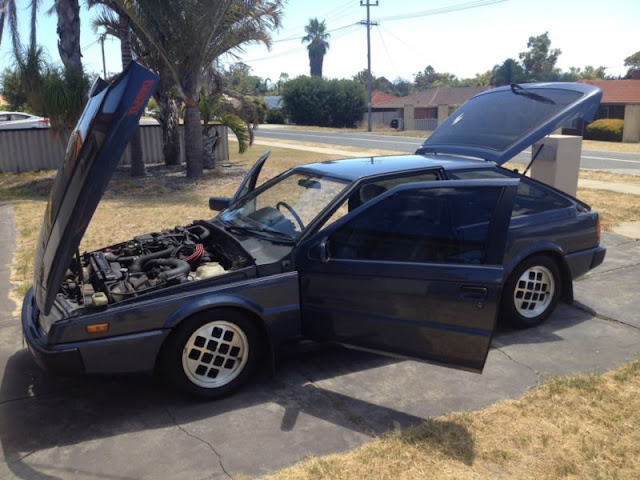 Clamshell flip-forward bonnet/hood, a large, practical, hatchback.. and those wrapover door tops (I can't think of a good way to describe them?) interestingly a solid decade ahead of their time..!


Anyway..
I actually saw this listed a month or so back, and was absolutely smitten with it. Ohh how I want this. "I'll just duck over to WA, cruise it back.. it'll be sweet".. but no.. it's the same problem as always. I just don't have the time/space/need for another car. Always the painful reality when browsing cars for sale..

As a consolation-prize-of-sorts though, I do have the 1986 Australian brochure for the Piazza..! So maybe if I just put my face close enough to the page.. maybe make some engine noises... maybe.... 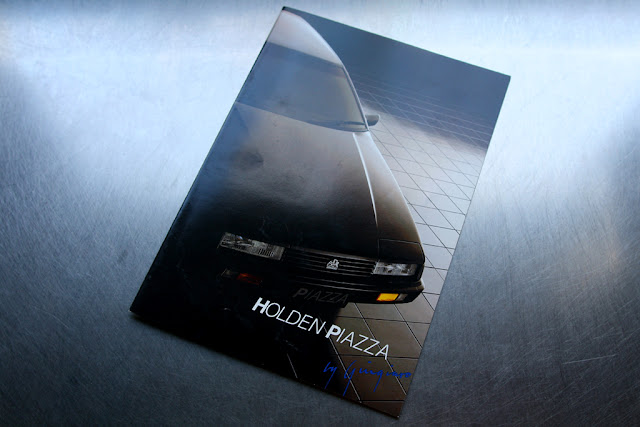 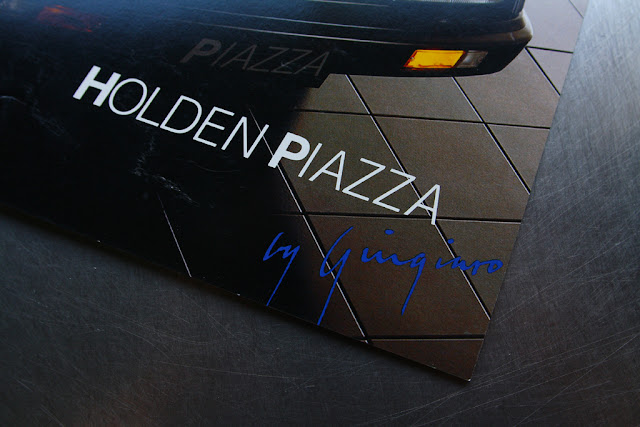 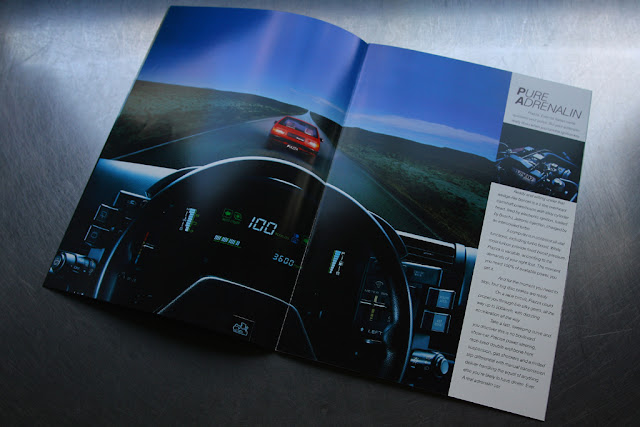 The digital dash and whole cluster area is fantastic.
I'm a huge fan of setups with the 'fingertip' pods behind the wheel. The paddle indicator on these is very similar in style to the early Magna dash I love so much.. 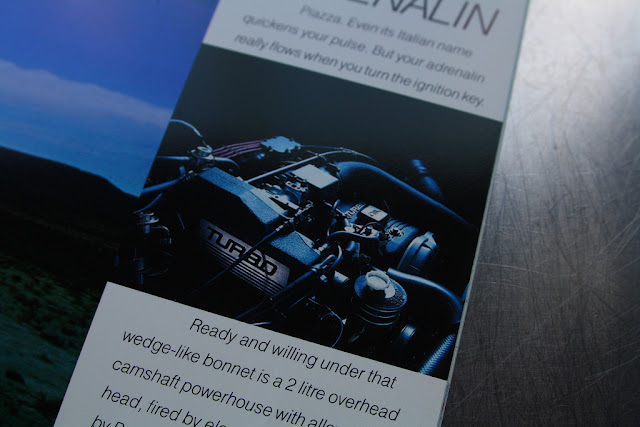 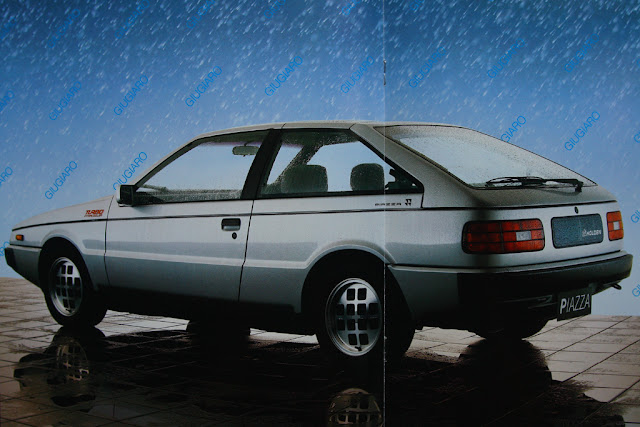 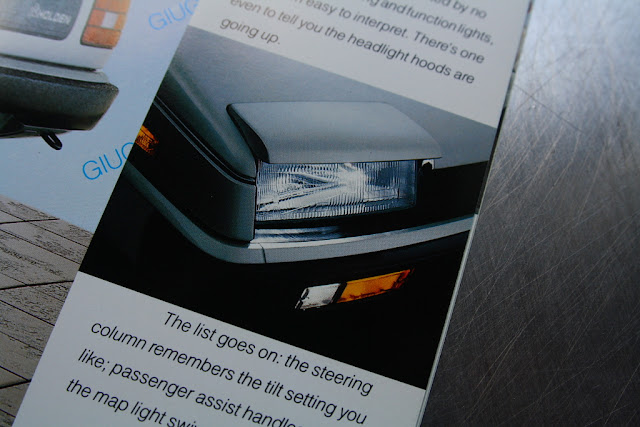 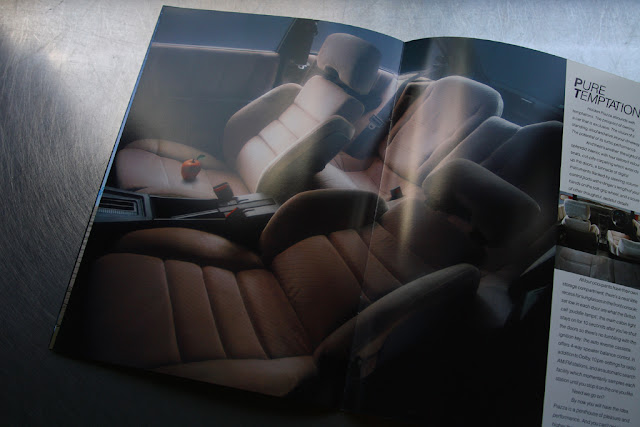 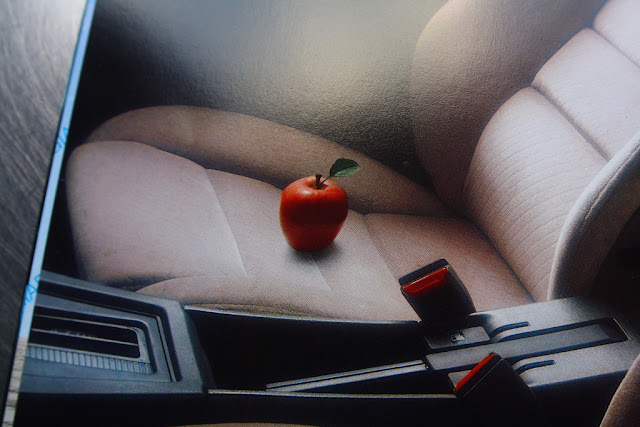 An apple, casually sitting on the drivers seat... 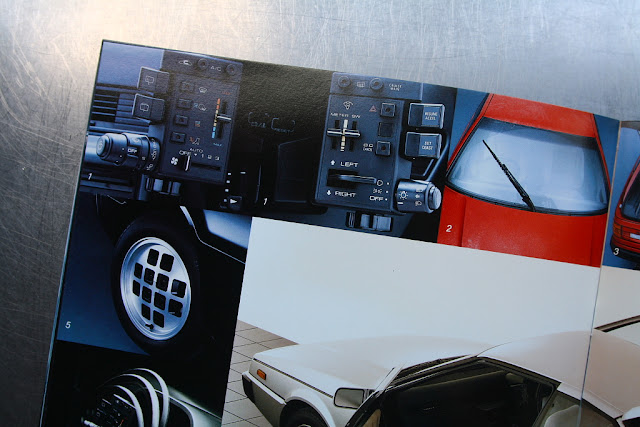 A better look at the instrument pods flanking the cluster. Paddles for the cruise control and (single!) front and rear wipers. Twist knobs for the lights and wipers, probably not too dissimilar to traditional stalks. Sliders for the HVAC controls and lighting..
..and some of the "no fewer than 20 warning and function lights, all of them easy to interpret. There's one even to tell you the headlight hoods are going up." 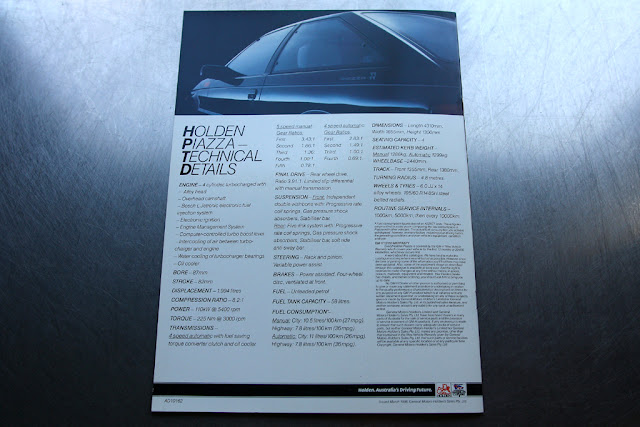 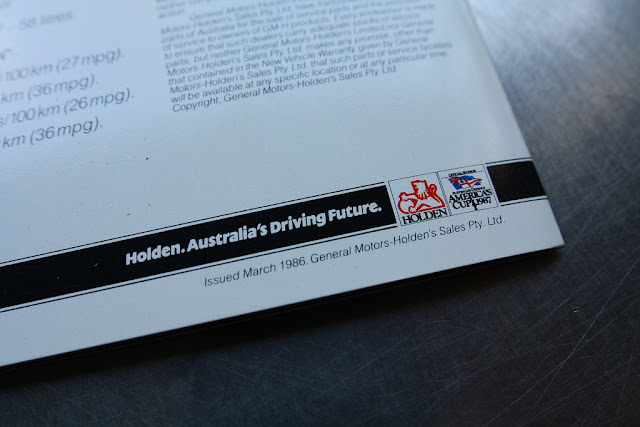 Done.
I seriously hope the Piazza above goes to a good home. There just isn't enough good examples left..