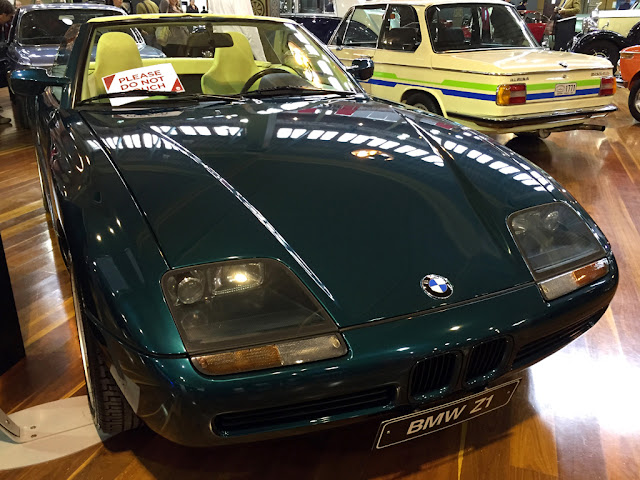 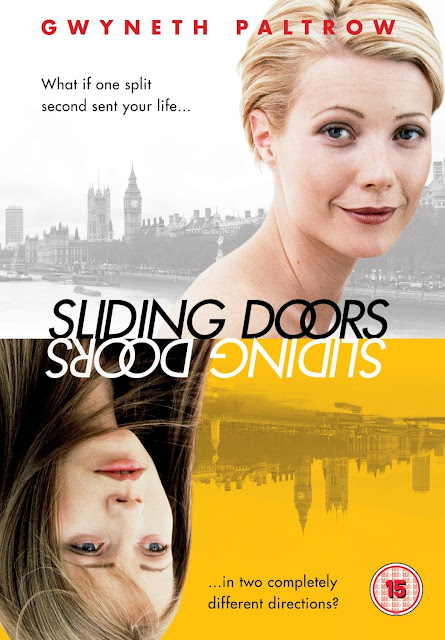 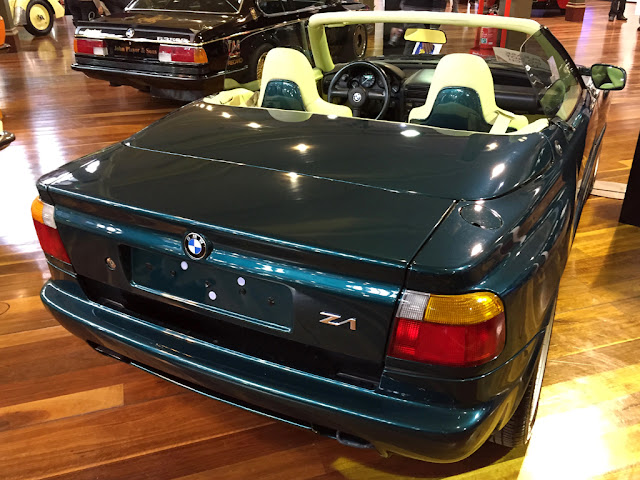 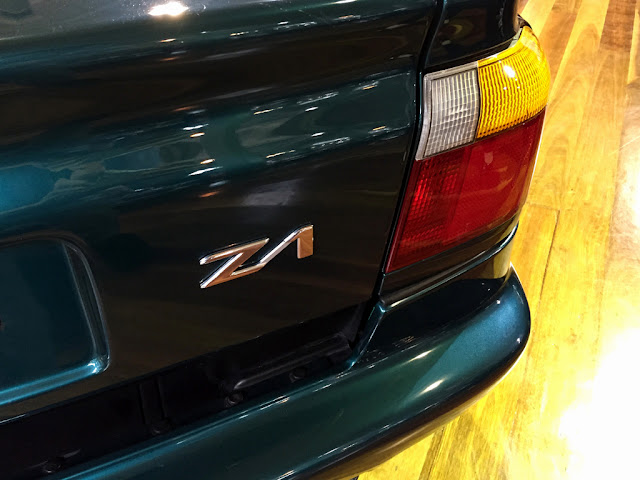 ..so first things first: apologies to those who live in the few markets these were sold new... where one of these in the bluey-green above is about as exciting as a silver Z3. For me though..? This is genuinely the first one of these I have ever seen up close.

So what is it?

1989 BMW Z1.
A small plastic-bodied FR roadster, powered by an E30 325's 2.5litre straight six. The start of BMW's Z-number sports-car lineage, that's still around today.
"So it's like a BMW Miata..?"... "What has this got to do with my favourite film, 1998's Sliding Doors..?" Aha. WELL. You know how some cars have a 'thing'? One memorable detail that hammers itself into peoples minds, despite any amount of other less interesting yet equally significant innovations? Like (for the sake of choosing a similar product) the SLK's folding hardtop when they were new? Well this car's 'thing' is it's retractable doors. Its sliding doors. 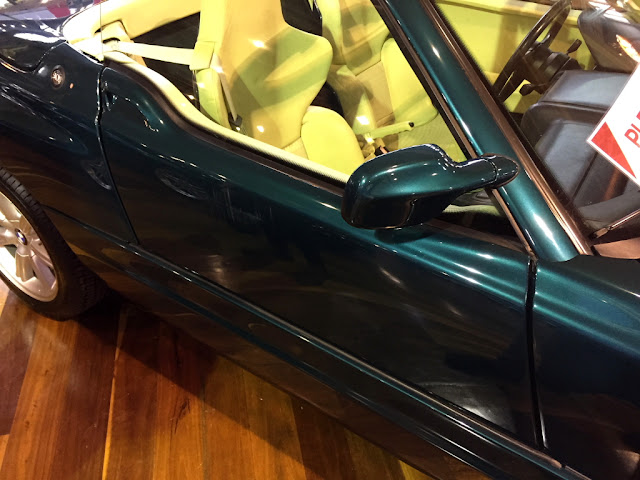 The doors. The large panel gaps... the high sills... the unique seal that is then required... 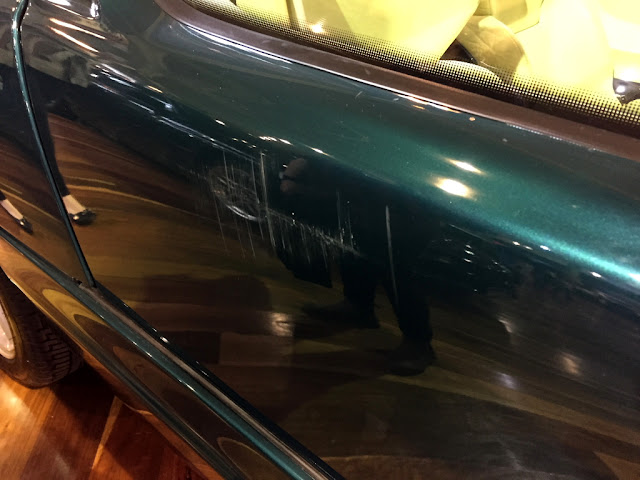 ...and the debris that it then must catch. 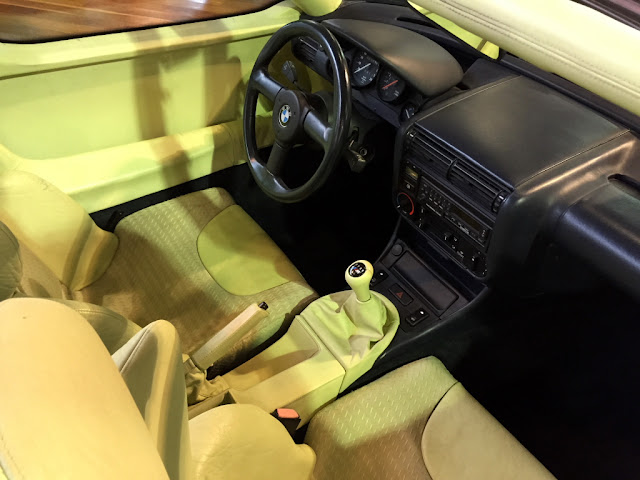 Inside, all is very obviously-BMW. It's a tight fit for the console between those winged, custard-coloured seats; and it's interesting to see how simple the interior trim on the doors can be. Thanks to the high sills, you were legally able to drive these with the doors down.. so I suppose you wouldn't see that door trim most of the time anyway! 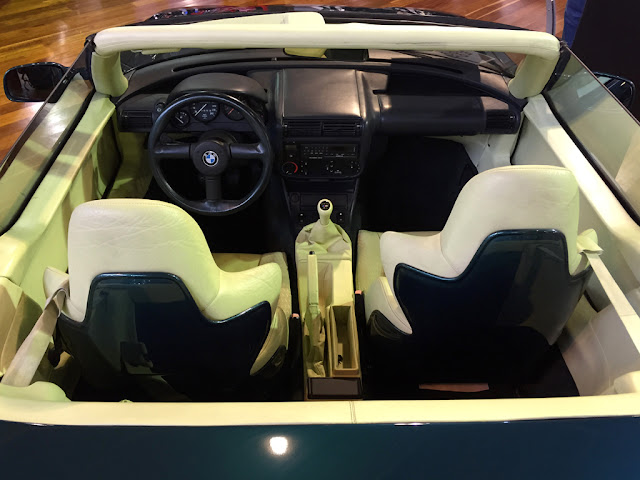 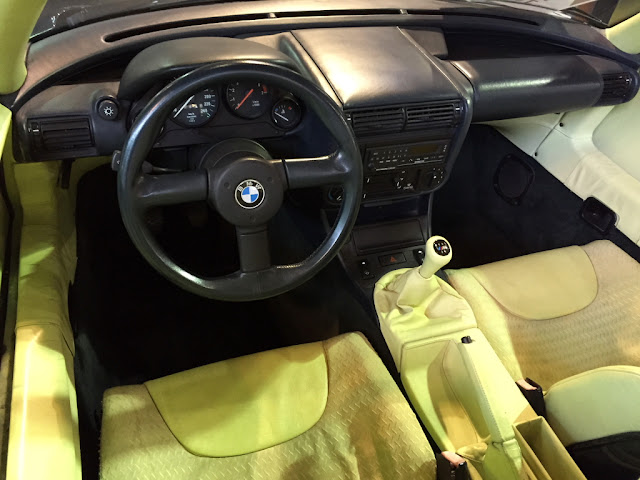 LHD-only; yet despite 8000 Z1s being produced between 1989 and 1991, none officially made their way to the USA - what I would've thought a HUGELY important market.
Fortunately having the wheel on the wrong side wasn't too much of a deterrent for BMW Australia - who bought this car out to out Right-Hand-Driving country when new. Testing/evaluation purposes, or for display...? I don't know. Sure am glad it's out here regardless... 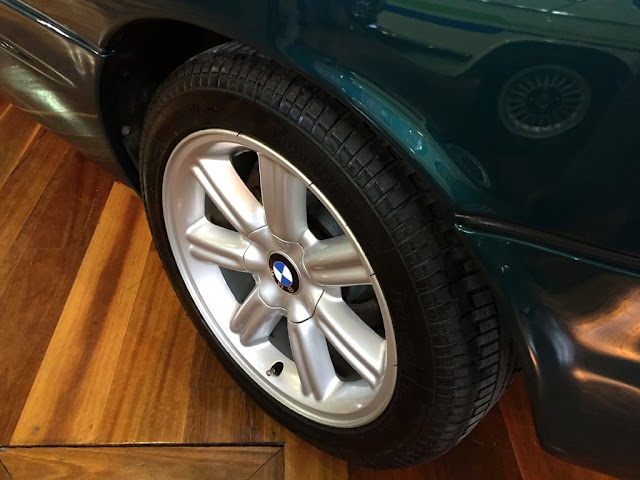 Back outside.. the basic seven-spoke alloy wheel... 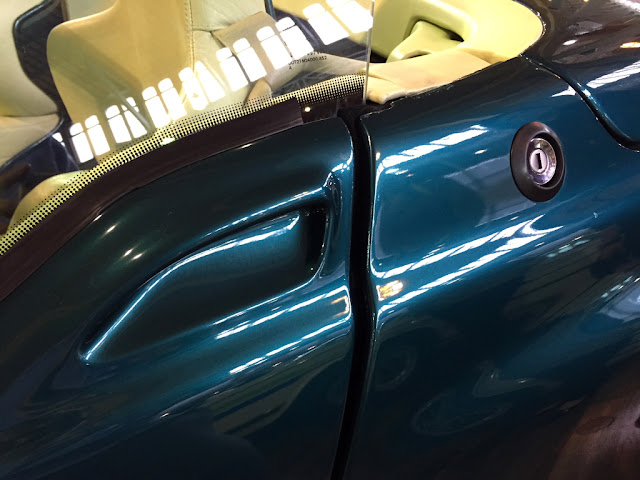 ..those painful as-a-result-of-the-design panel gaps again; and a simple formed handle to pull the door up. Curious as to how that locking system works...

..but I suppose I'll have to wait until I see this thing again! Motorclassica 2020, yeah? I'll mark my calendar...