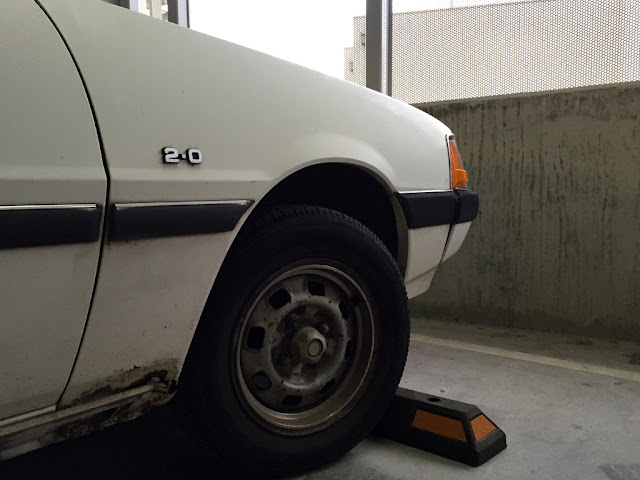 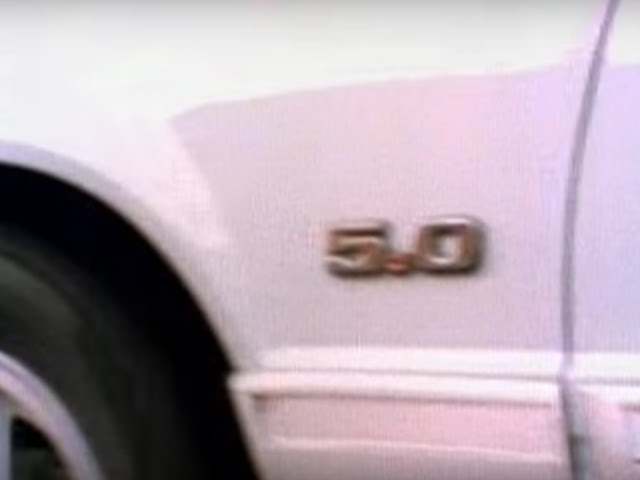 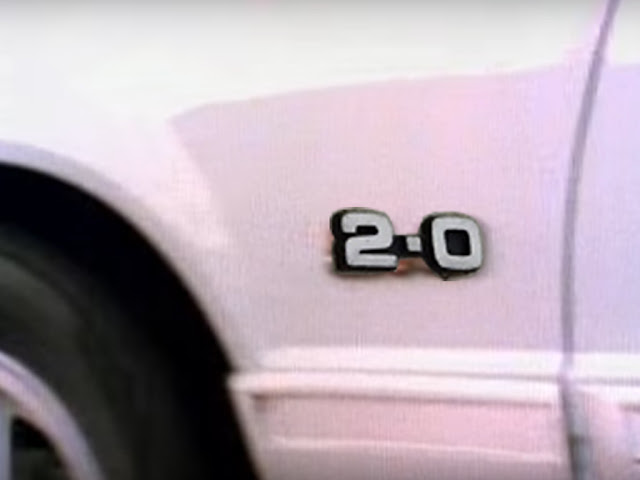 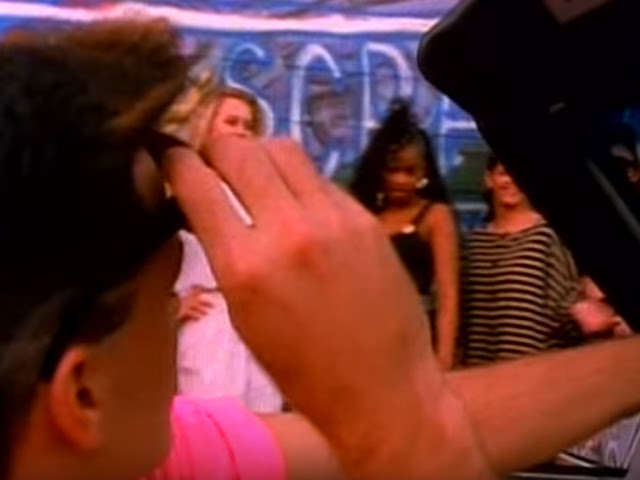 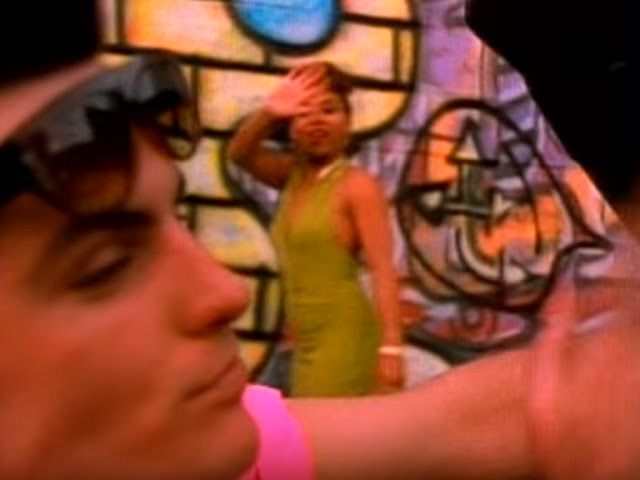 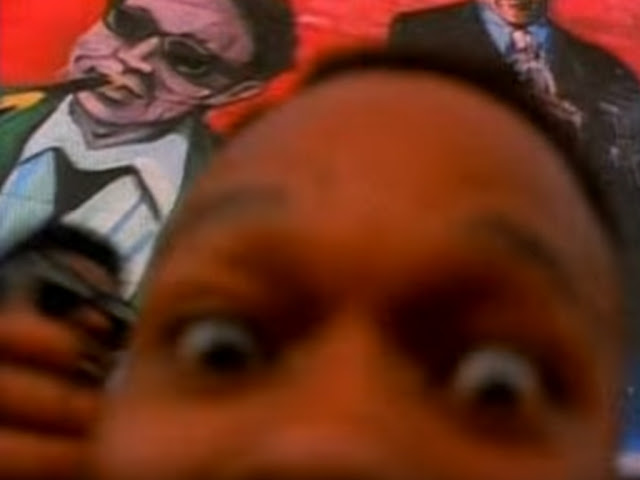 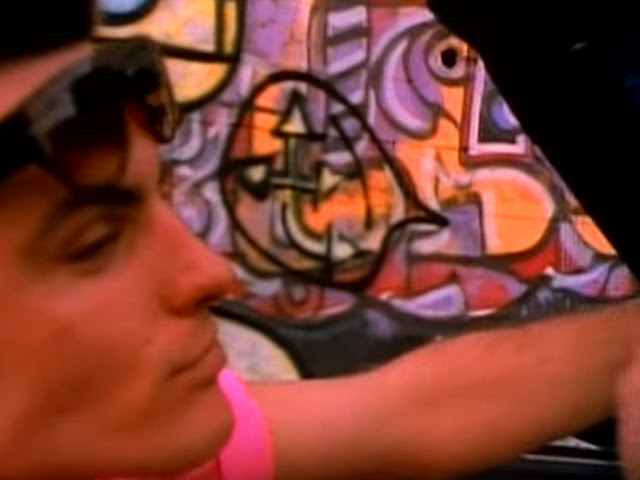 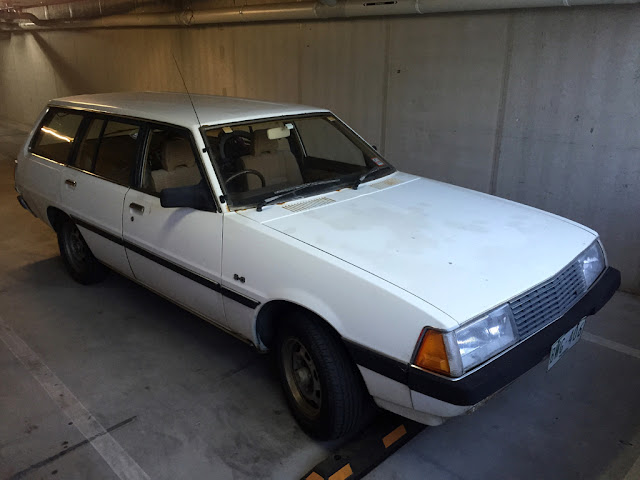 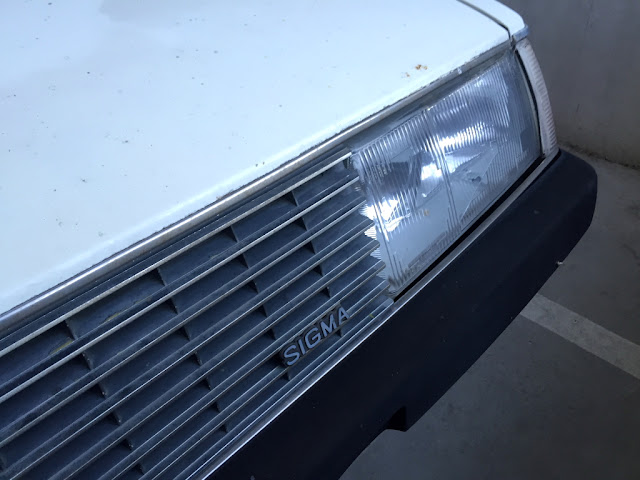 Righto, let's get into this:
1983 GJ Mitsubishi Sigma wagon. Second year of production for the second-generation of Mitsubishi's Sigma, made right here in Australia. It's somewhat a re-hashed version of Mitsubishi Japan's Galant Σ (that's 'Sigma'); this one being a variation of the fourth generation of Galant, introduced in 1980.
Confused? Well hold on!
Knowing then that the wagon form, the second-generation Galant (..that's the local one..) is a comparatively minor windscreen-forward tszuj of the first generation? Uhh... 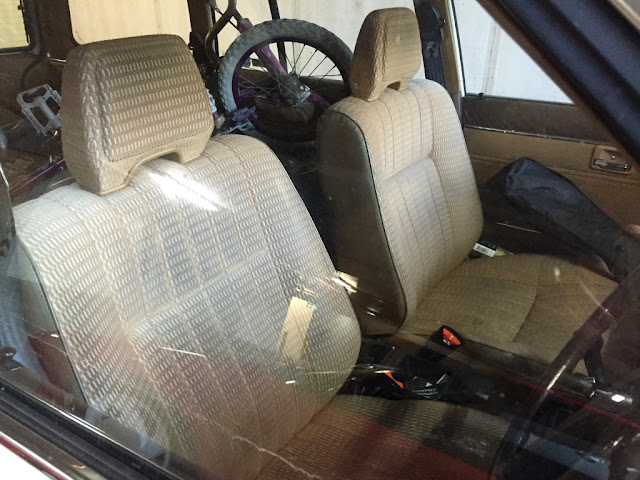 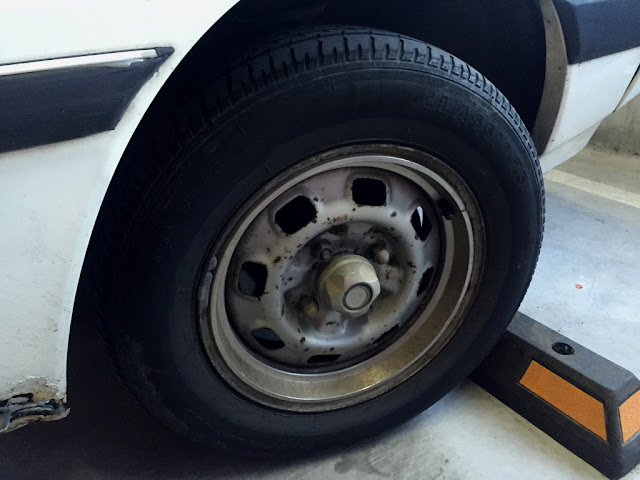 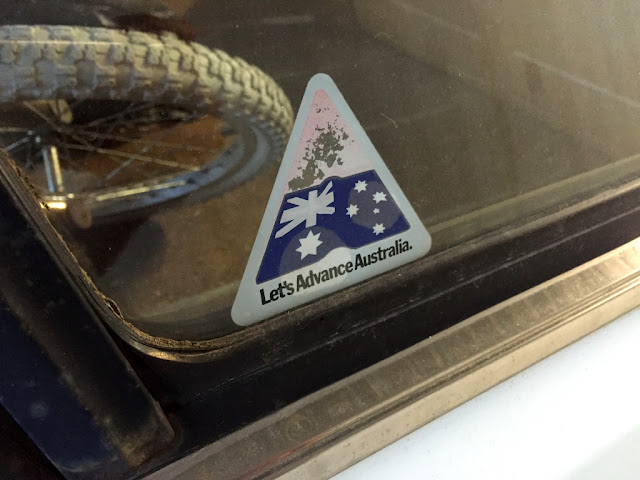 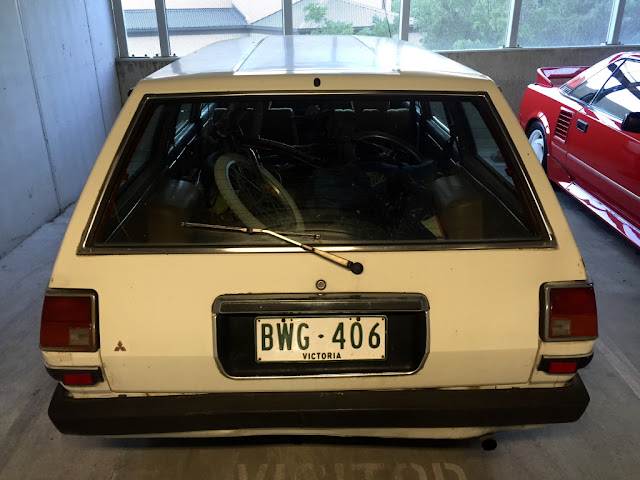 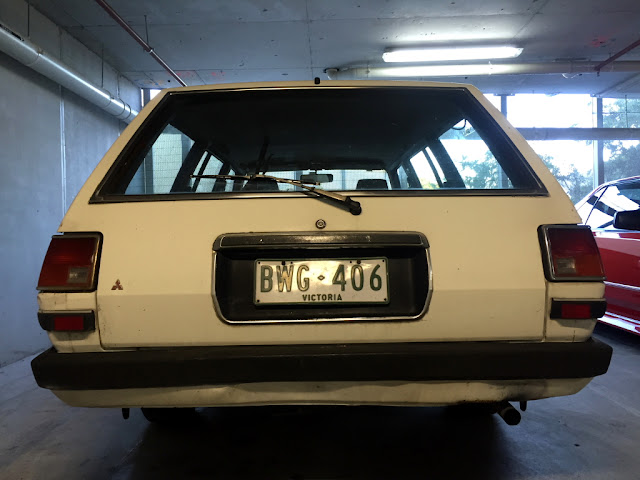 This particular shining star of the 4G52(Astron)-powered, rear driving, Mitusbishi family car; has been lurking around a friends place for the last little while now. A rough-as-guts example; yet original and stunning...ly still moving.
I kid you not, I would've almost put money on this thing being unregistered.
Thanks to my state's suddenly-appearing-quite-gentle registration system however; once something is registered into your name, keeping it on the road indefinitely involves little more than paying the registration again and again - it never needs to be re-inspected. So as long as this one doesn't encounter a police officer not-so-enthusiastic about early Mitsubishi station wagons, or fist-sized rust holes.... 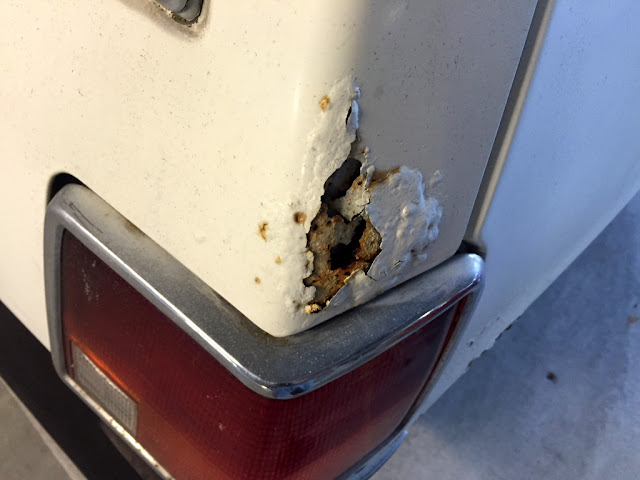 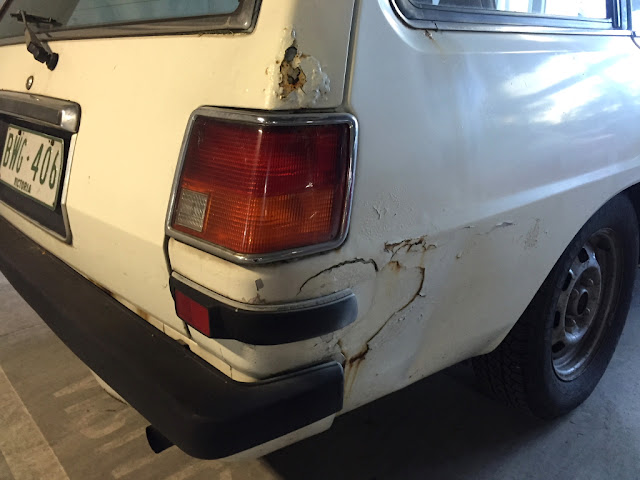 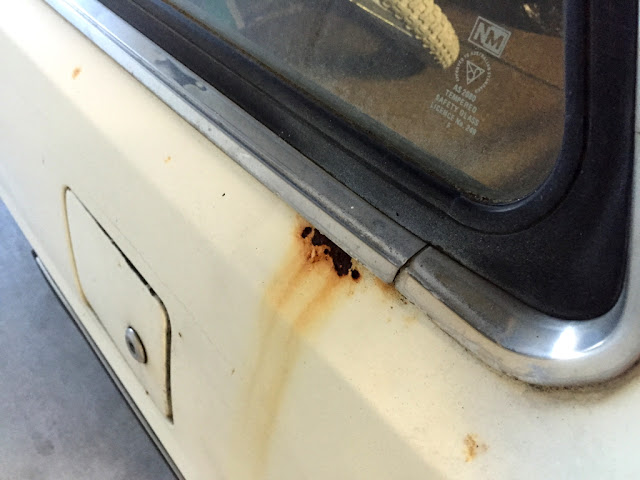 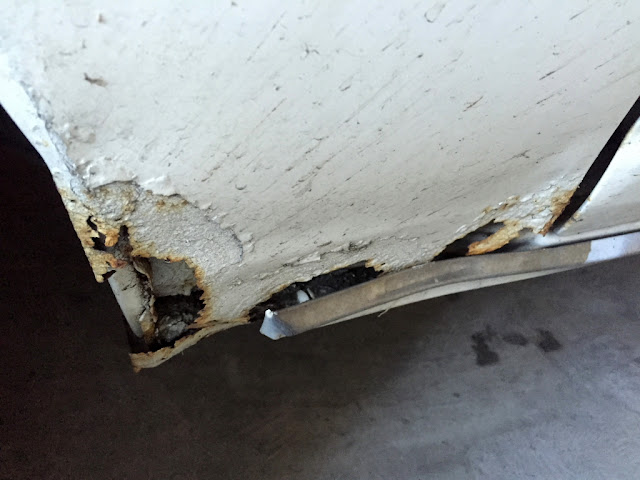 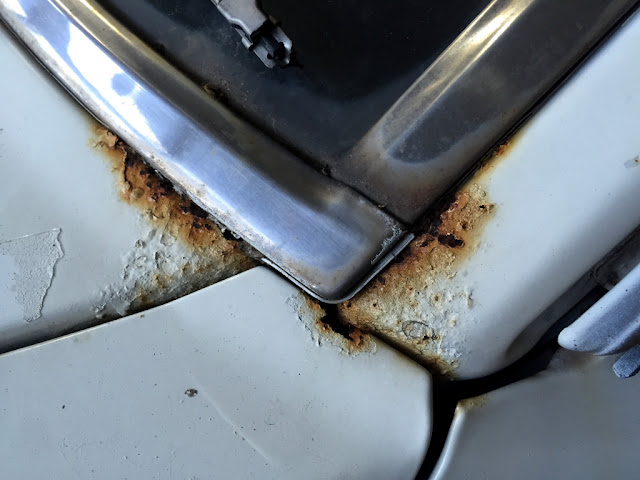 ...and all so beautifully touched-up! Tape marks? Overspray? Pah!

All a little ironic really, as this particular Sigma wagon should've been neat-builletproof... 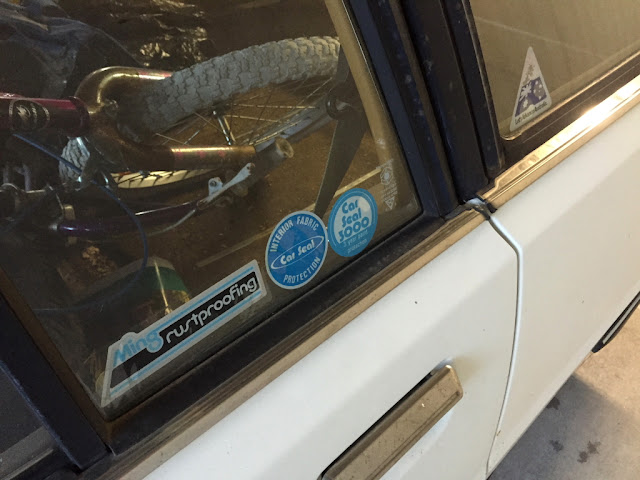 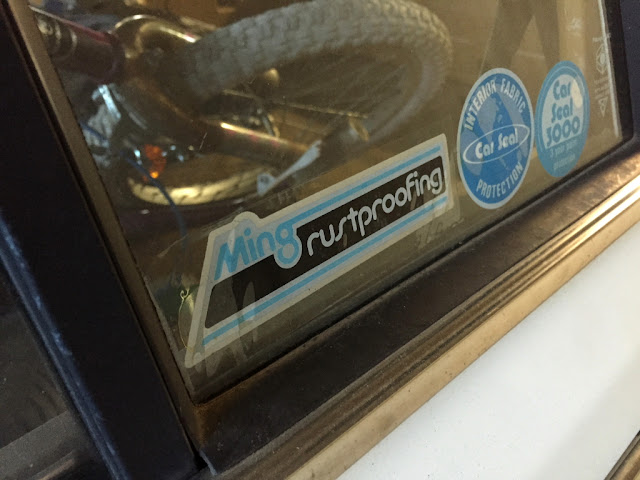 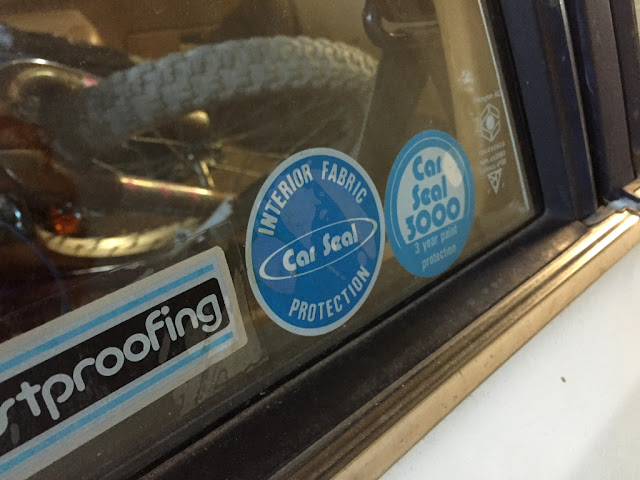 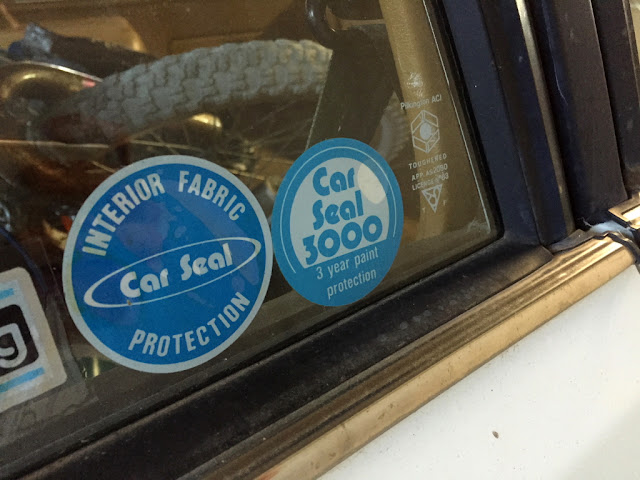 Ridiculous, but arguable. It's still here isn't it?