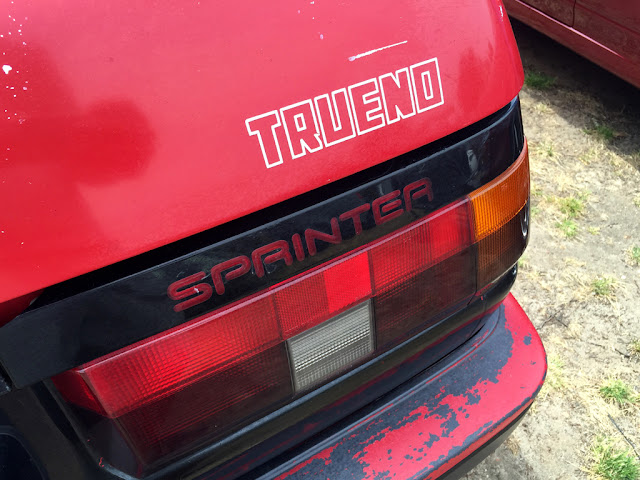 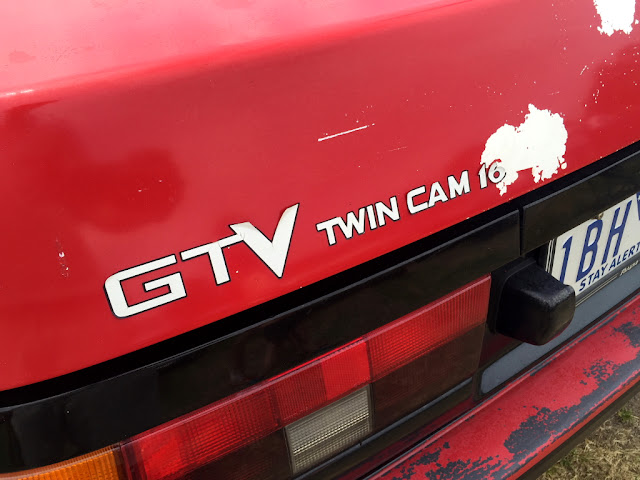 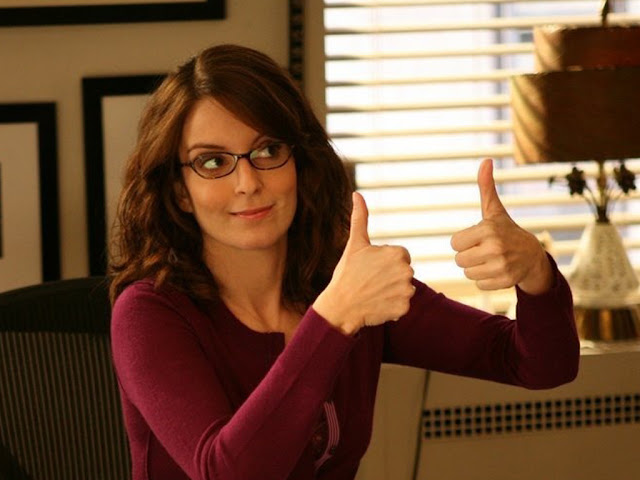 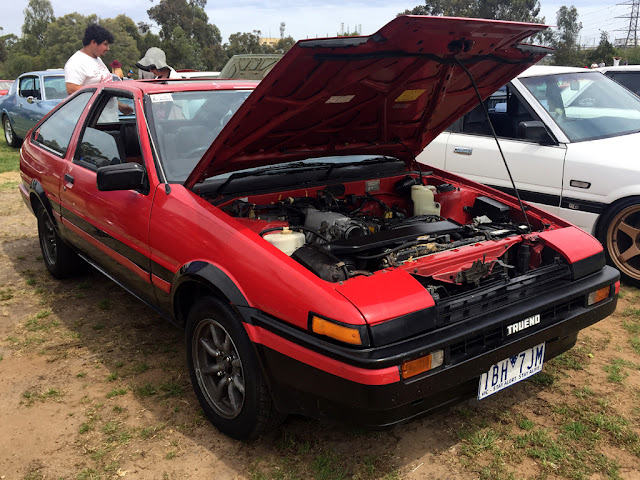 Ran around and snapped a handful of shots of it; as yeah.. it was a surprisingly interesting look! 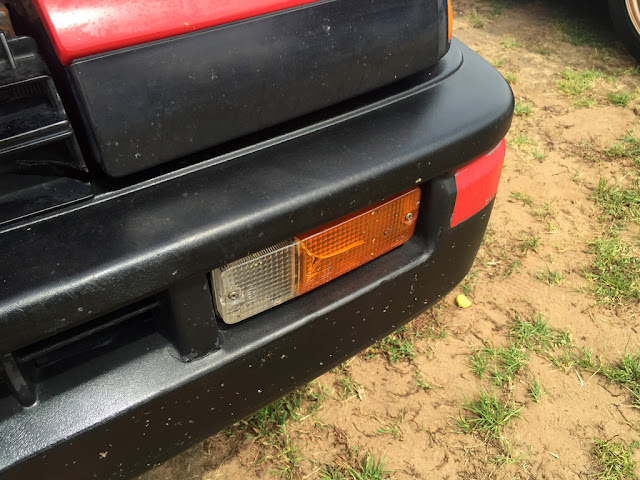 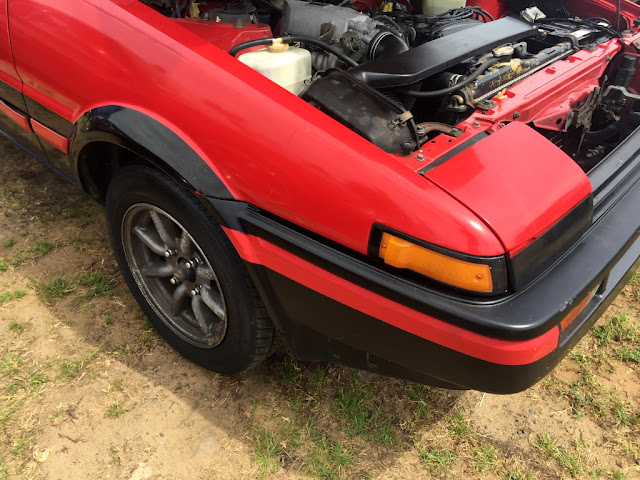 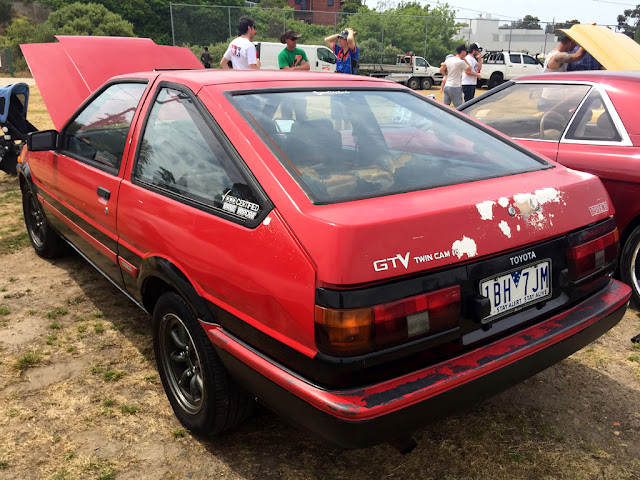 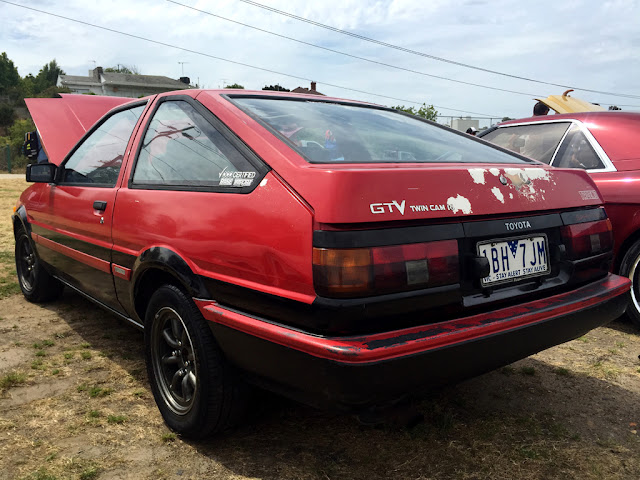 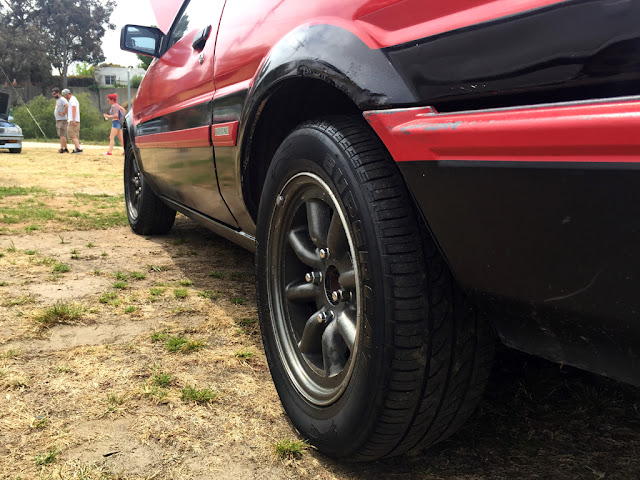 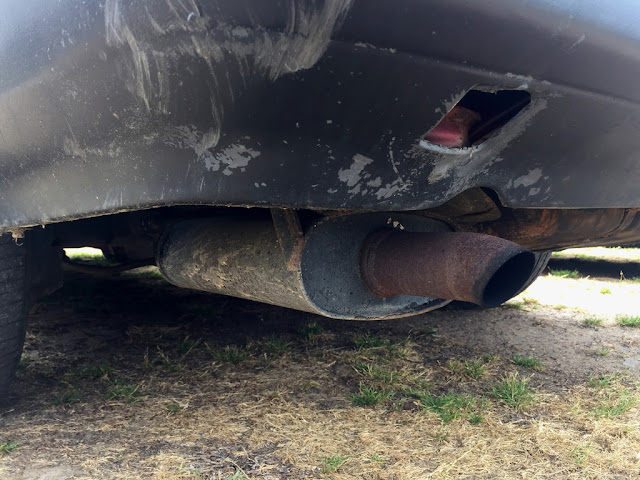 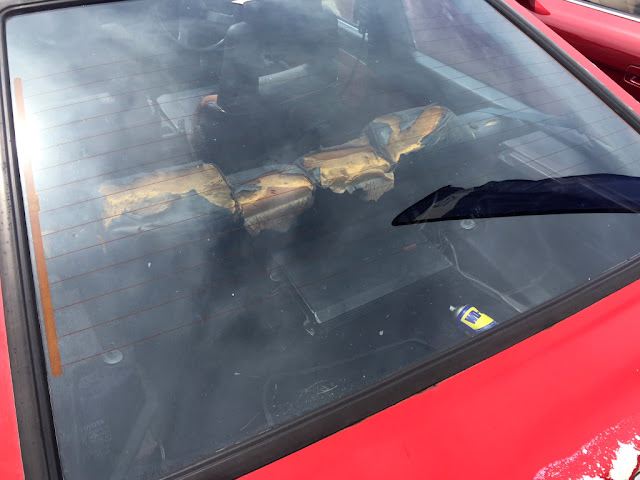 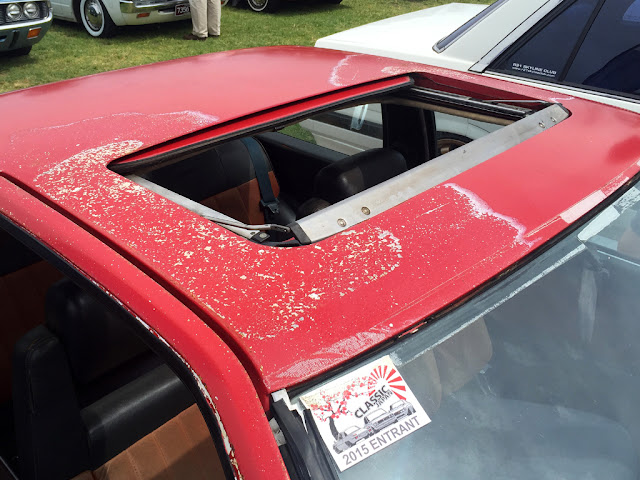 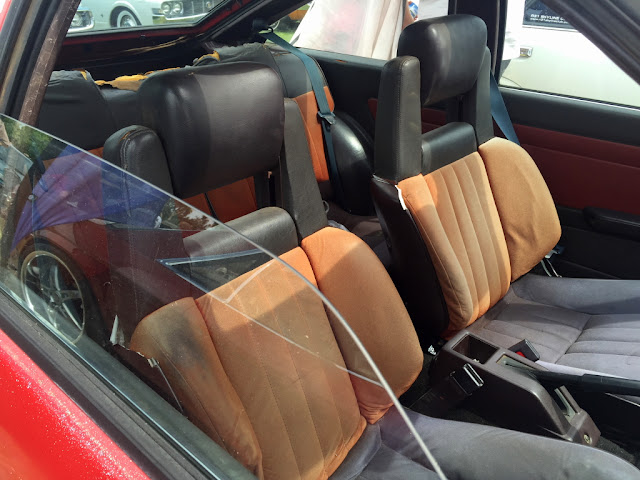 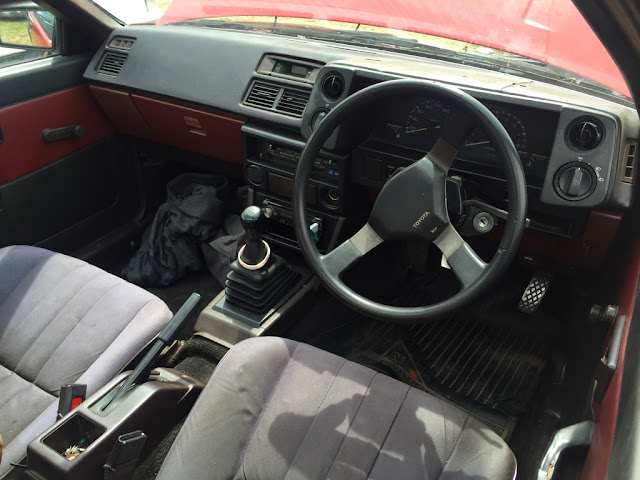 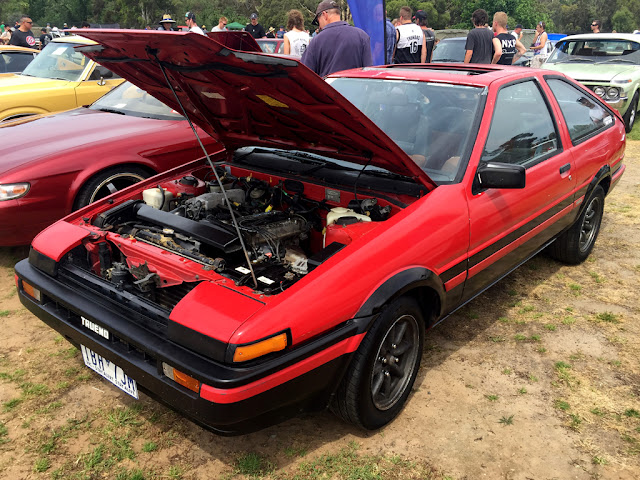 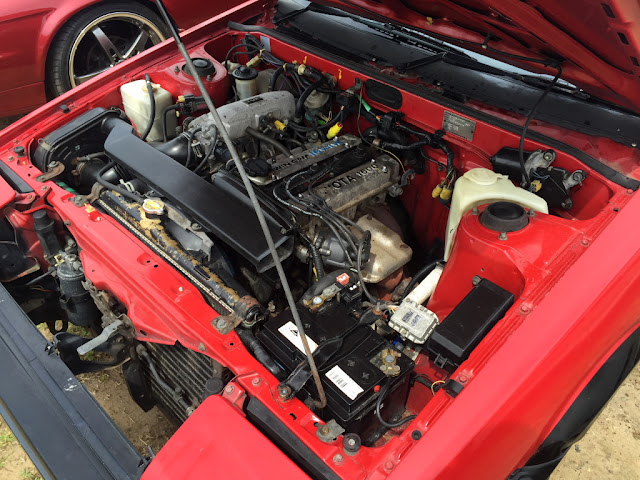 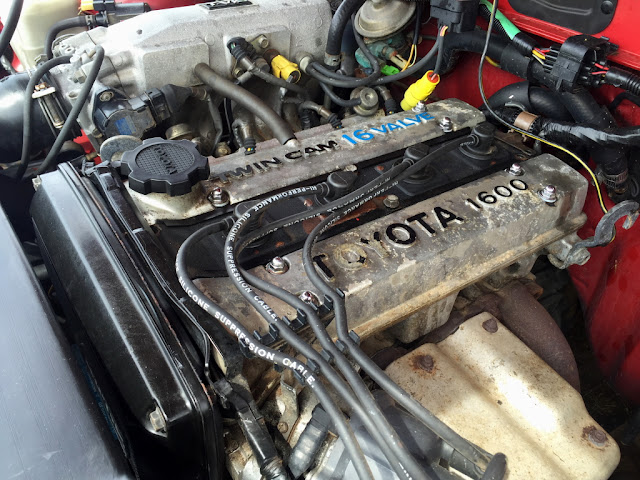 ...and the star of the show: the early blue-top 4A-GE, complete down to the exhaust heat-shield and intake pipework.


Loved seeing this thing, as that 'survivor' look was SO refreshing.
It's not unusual obviously, as it's a cool look on any model that's otherwise overly-loved, overly-restored, always-modified, et cetera. Can you imagine seeing a tatty Ferrari F40 parked in a train-station carpark? Yeah, that concept, just to a less ridiculous extent.

The surprising part here was the impossibility of it all; something that's hard to explain without launching into some long-winded paragraph... but hey, let's give it a go:
This is not like a now-classic vehicle sold new in Australia, possibly sold to someone who's owned it since new.. and let it simply deteriorate to this point. An original GT Falcon, or an old Porsche.. it'd be a rare find, sure, but no way far-fetched.
No, the problem is that we never sold these in Australia.
Vehicles imported second-hand on are either vanilla commuters for the masses (ship-loads of Toyota Estimas for example..) or enthusiast vehicles, like an 4AG-powered Sprinter Trueno GTV would've been amongst a sea of 4AC-powered locally-delivered nuggets.
These enthusiast vehicles are not-surprisingly imported by enthusiasts; and later sold, bought, sold, and re-bought by enthusiasts.. who are typically modification/restoration-happy. So an unrestored, unmodified, 4AG AE86? How the hell has that managed to dodge these buyers?

This looked as though it'd been dragged out a long time ago, then sat unused for quite some time; or was a survivor imported in more recent years. Yet in either case, this is a recent re-registration combination.. so how the hell has it managed to pass a roadworthy-inspection with torn seats and cracked lenses?
Maybe it was deliberately built to look this way? Maybe it was imported in more recent years, and registered through a very sympathetic roadworthy inspector?
Hey, maybe it just had a new set of plates issued?

Whatever... I couldn't figure it out; and short of that confusion irking me somewhat, I was just loving the whole aesthetic. What a cool thing. Here's hoping it stays exactly how it is...