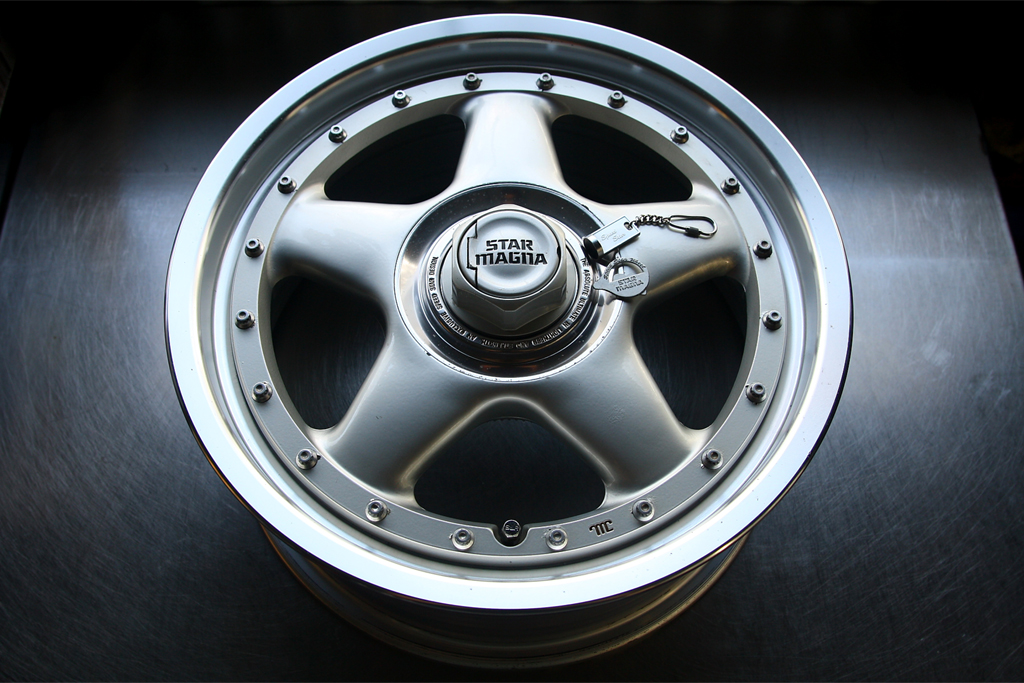 I'd been keeping an eye open for a complete/tidy set of these for a while, which turned out to be no easy task.
While there's always a handful of sets available, they're almost always not great - they just don't last. They seem to corrode badly, and worn out sets are near worthless as a result. I've watched sets of these go for nothing..
Like others, I'm a little dubious about how to go about refinishing them properly, so just had to wait for a clean enough set. The set I have aren't great, but original, and good enough to give you an idea of what they were like new.

So get that imagination going.. or just slightly blur your eyes...

The parts and wheel assembly in detail: 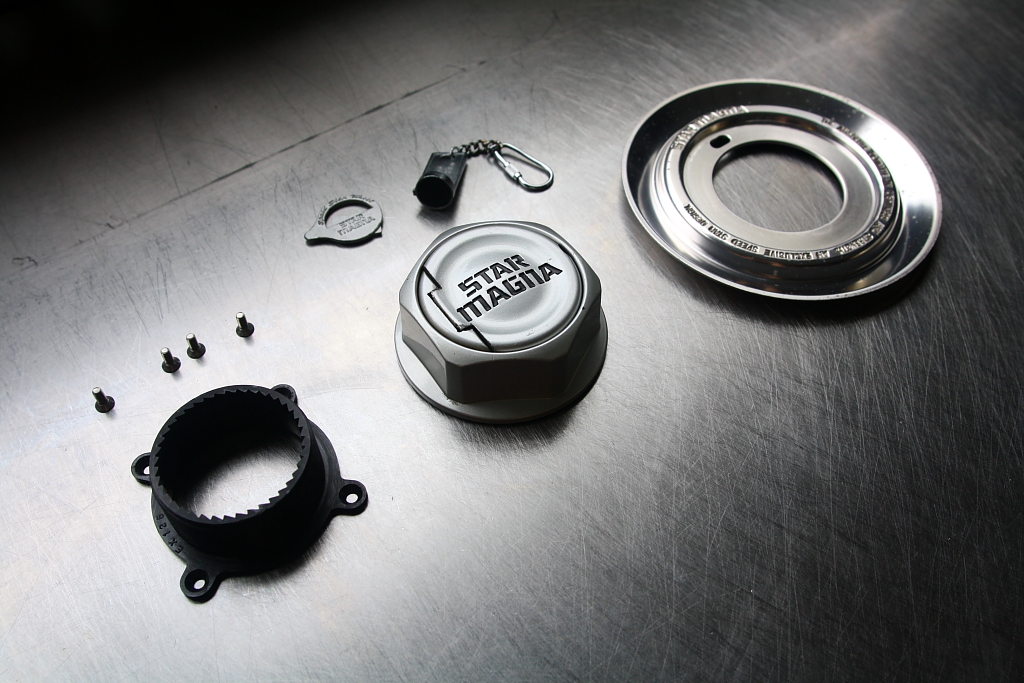 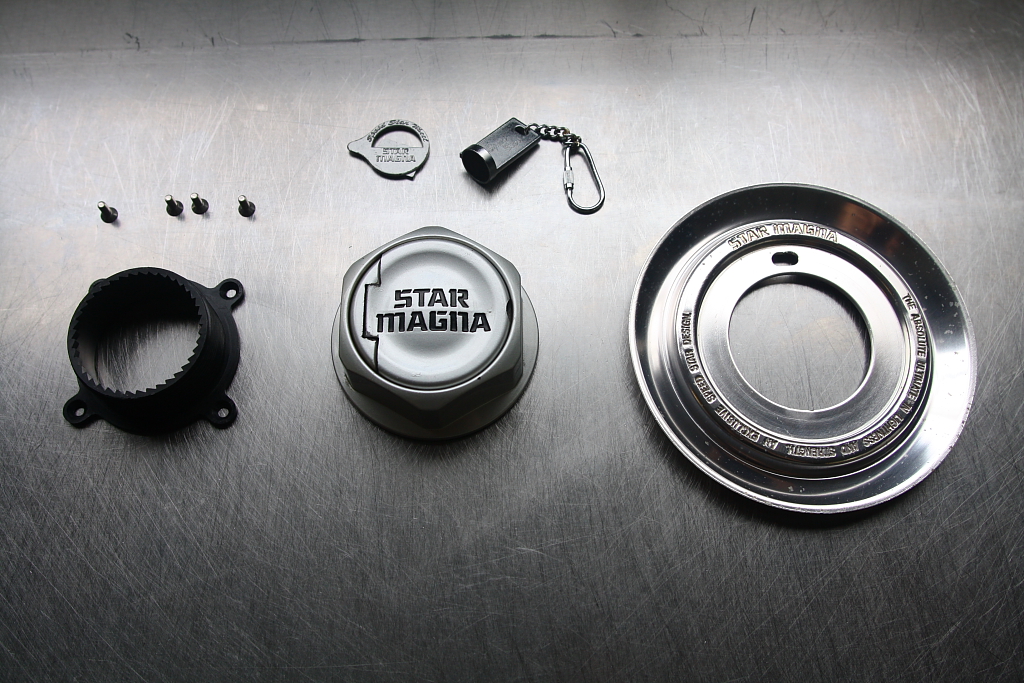 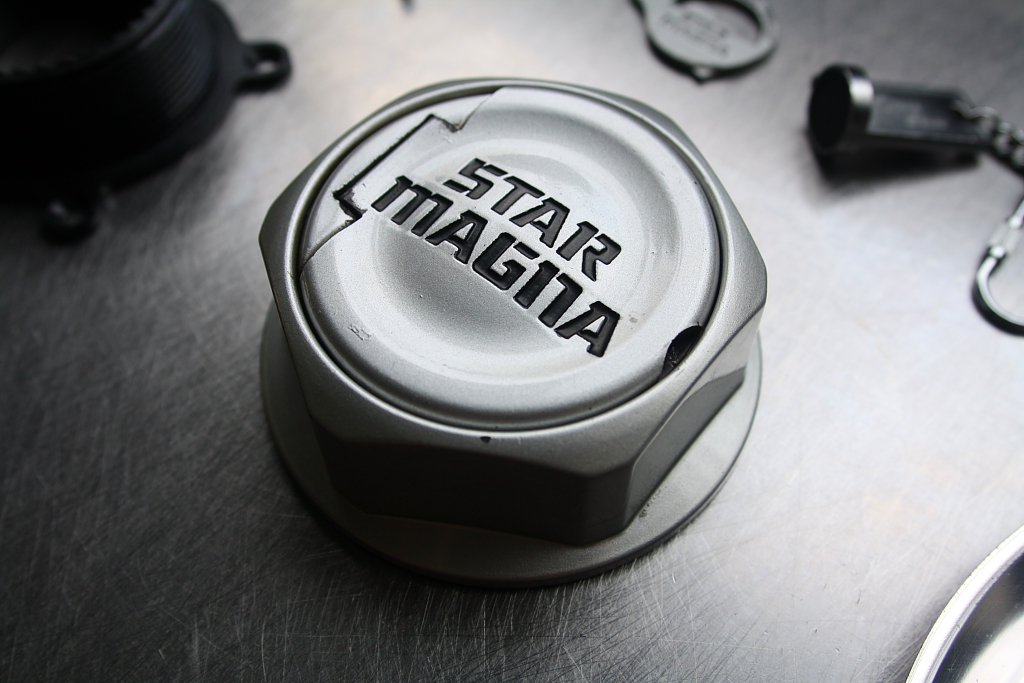 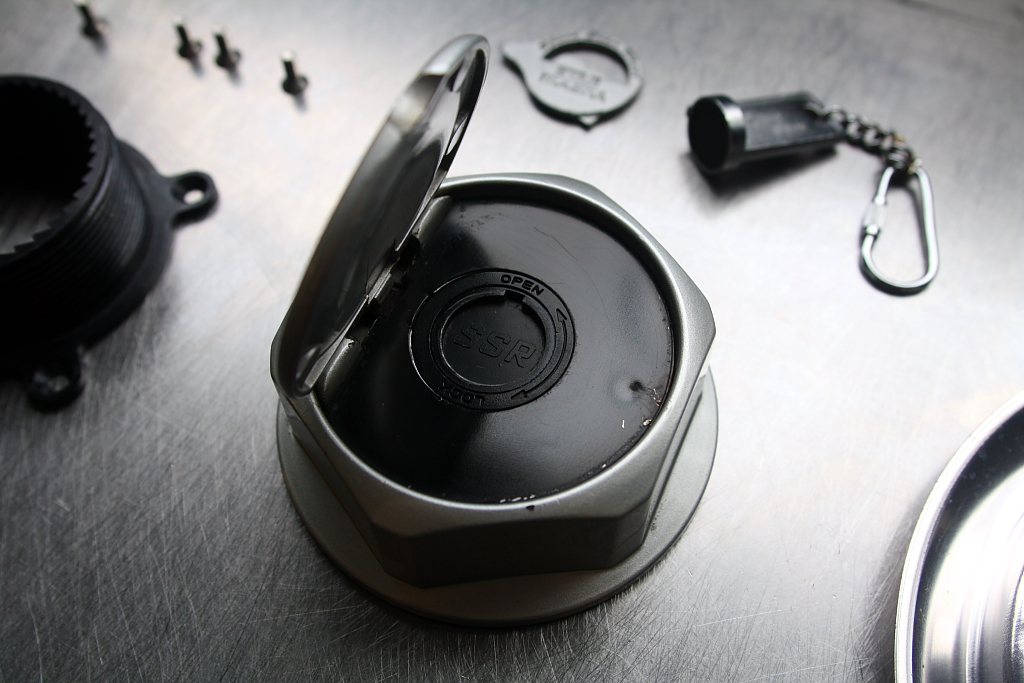 The flip cap; unique to the EX-C and Star Magna. The cap body is aluminium, with a plastic door that pivots on a steel pin. The Electron lock setup is standard fare.. 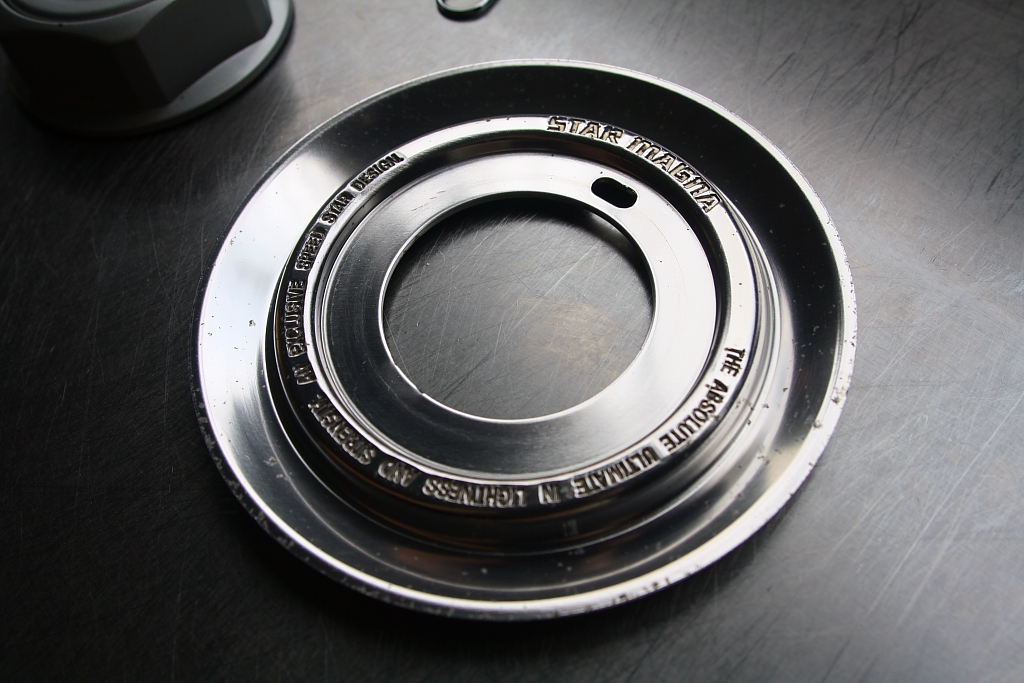 The plate, which is polished aluminium. Its a shame this one has started to corrode on the edges, under what i assume is a clear anodizing..

'STAR MAGNA: THE ABSOLUTE ULTIMATE IN LIGHTNESS AND STRENGTH. AN EXCLUSIVE SPEED STAR DESIGN.'
That could have well just been a decal; but no.. the subtle debossed (?) lettering helps make this one of the nicest SSR plates ever IMO. 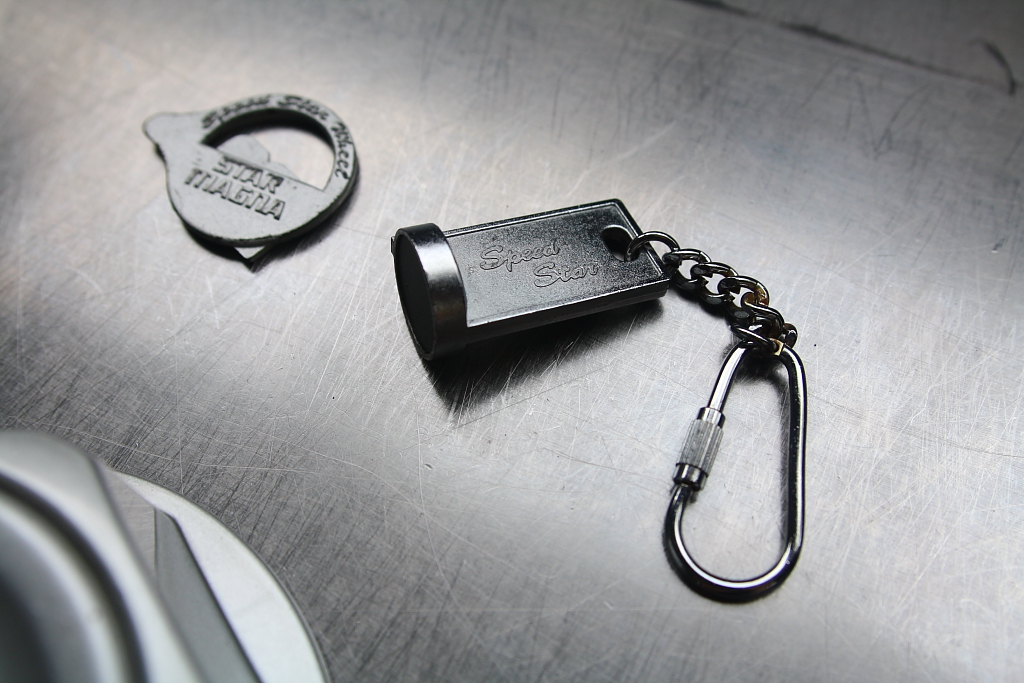 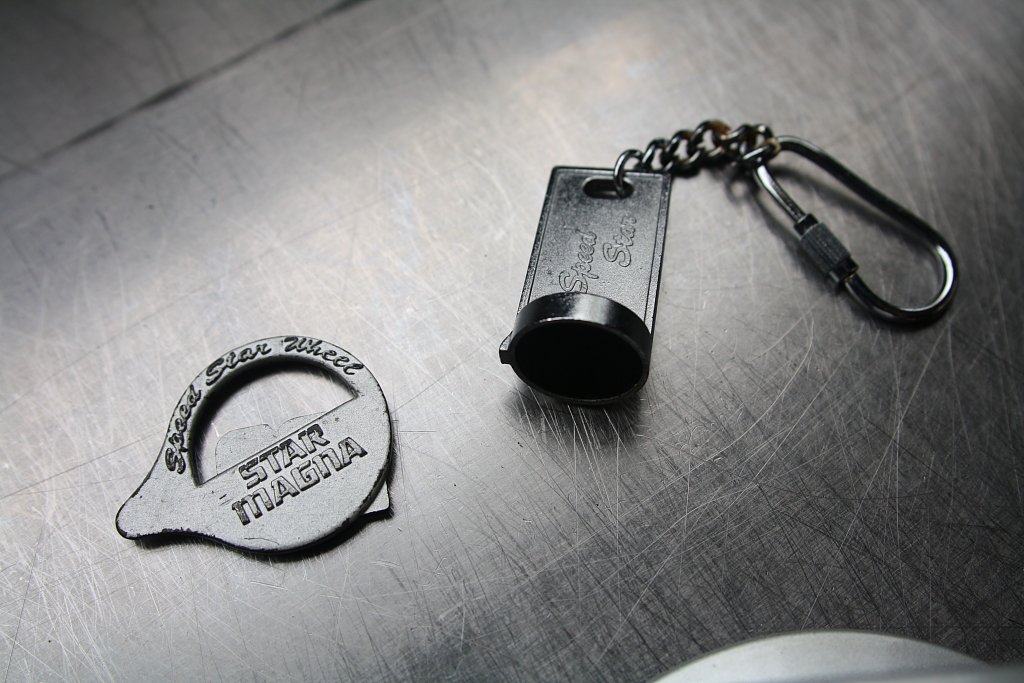 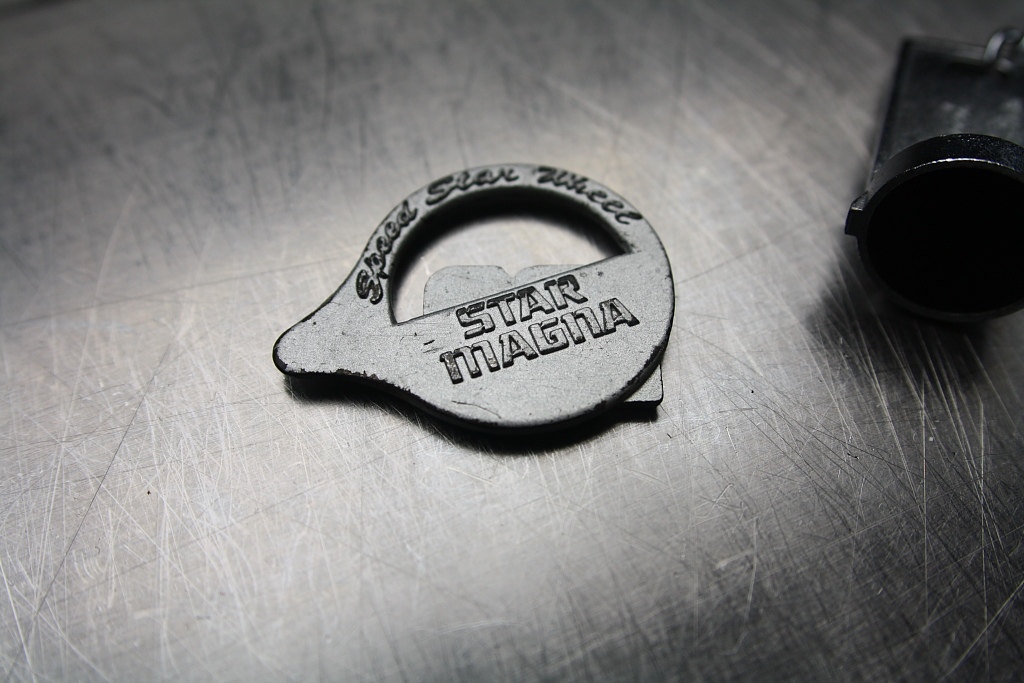 The key, and cap flipper. The cap flipper is a piece of painted aluminium (possibly magnesium). 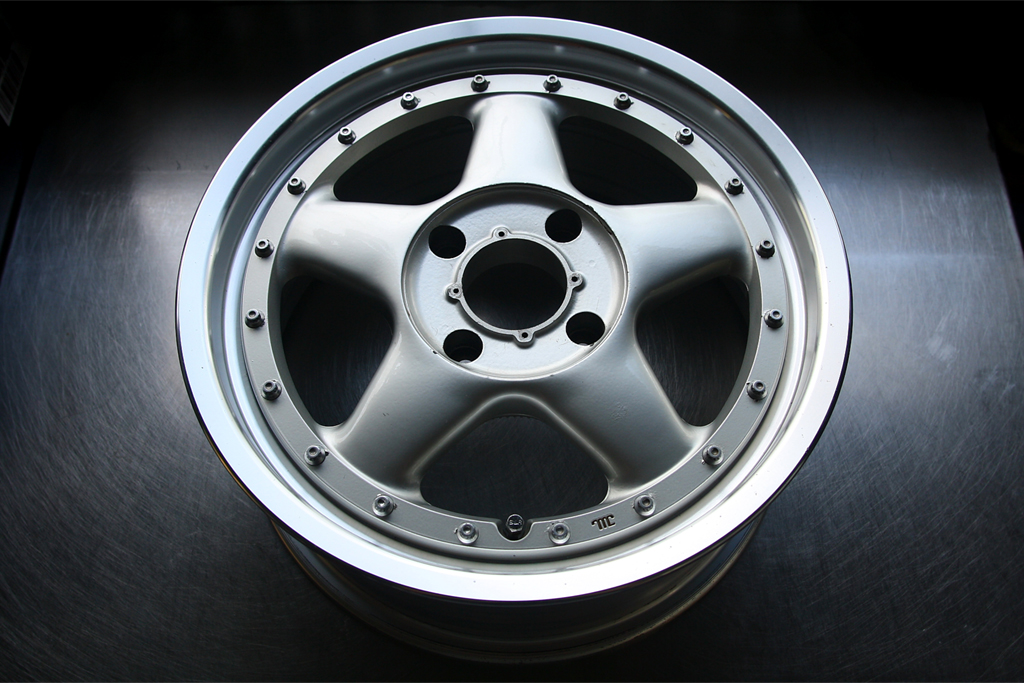 Wheel, no cap. These machined lip barrels are identical to the ones used on my Hasemi sports.. 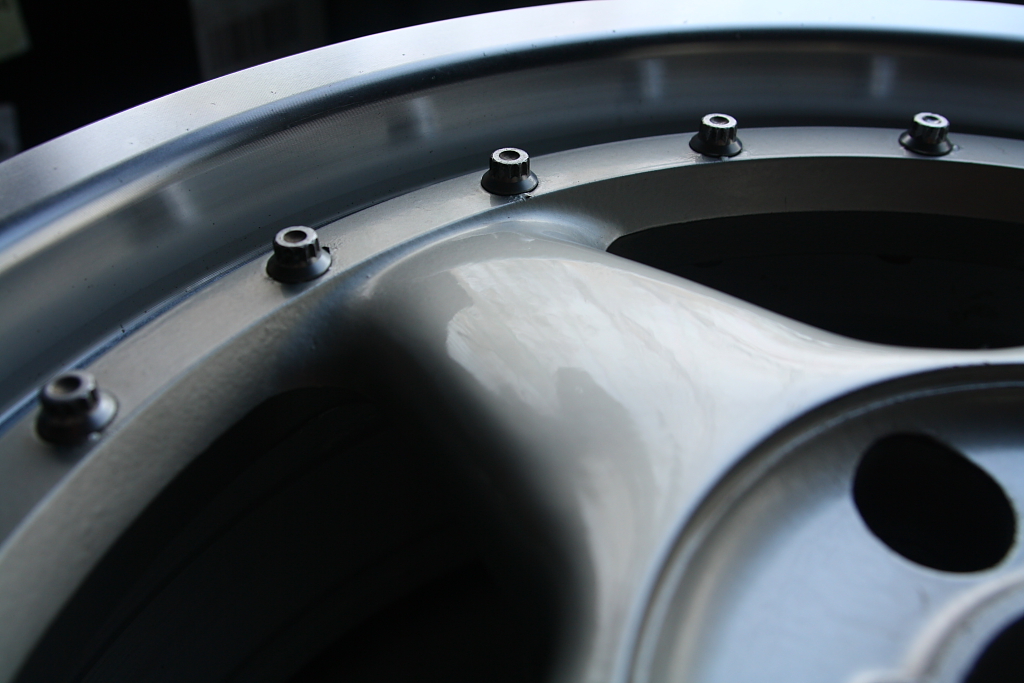 The face is magnesium, and painted a gloss silver. I have never seen this wheel in any other colour.. 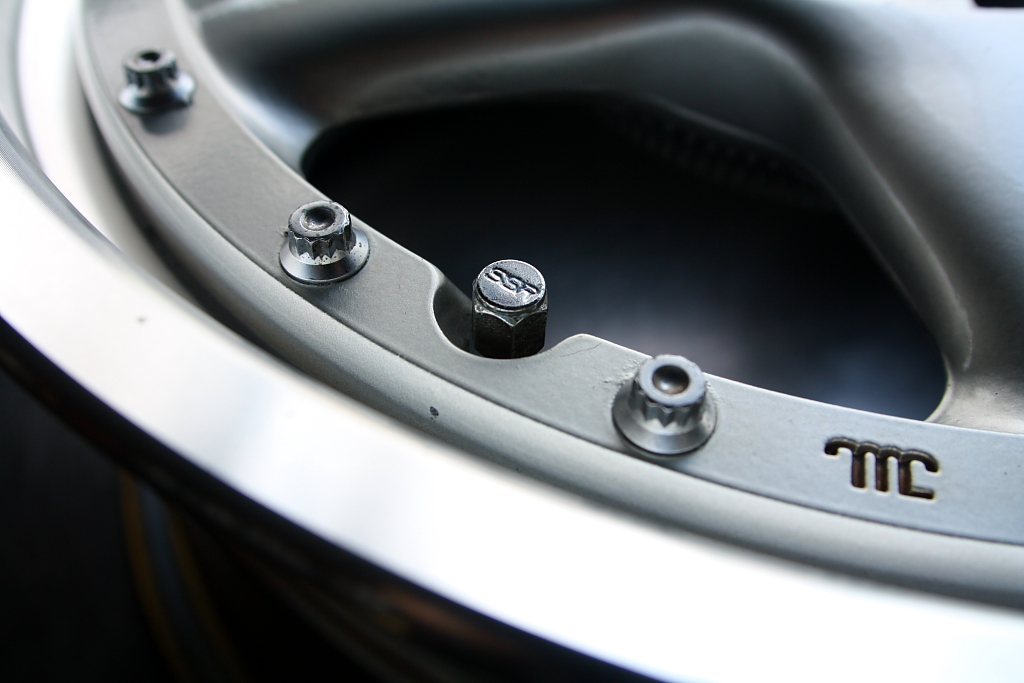 Early days for SSR using these flanged bolts on the face. The underside of this face edge is hollow.. 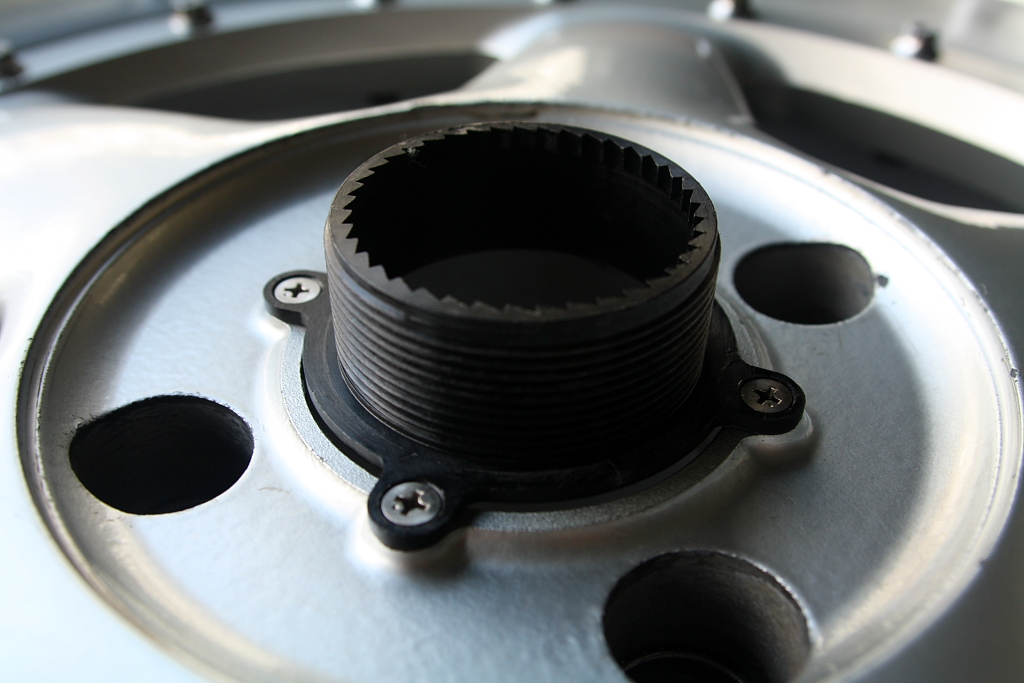 The collar uses SSR's standard large mounting pattern, and has the same dia thread as the standard caps. It is strangely made out of plastic rather than aluminium though, and is a couple mm shorter to suit the flip cap's fractionally shorter overall height. 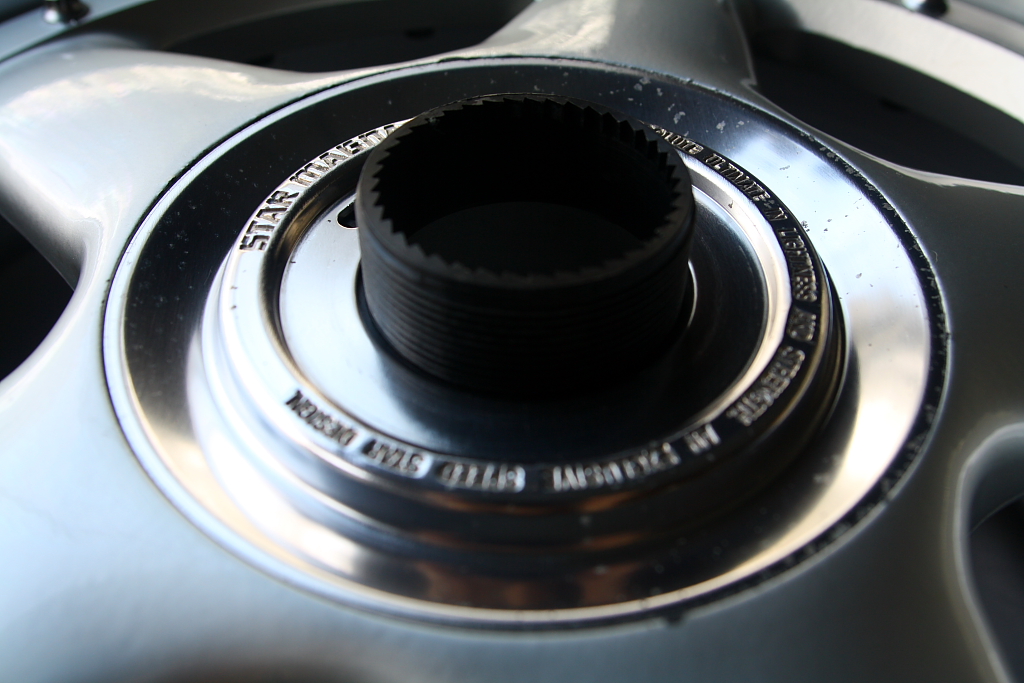 The plate slips neatly over the top, and sits so flush with the face.. 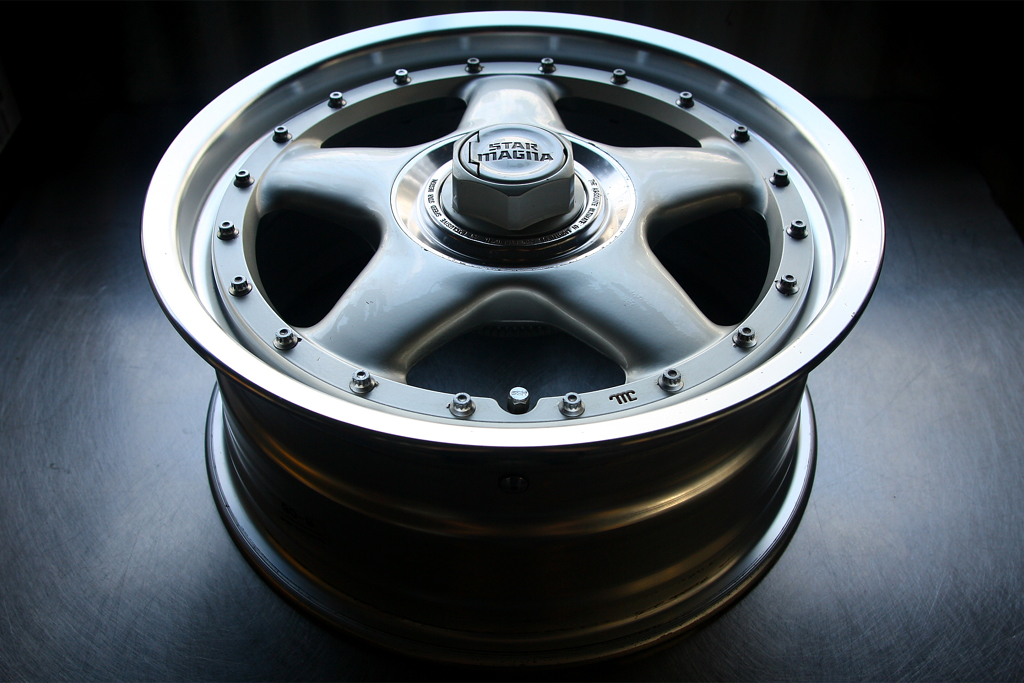 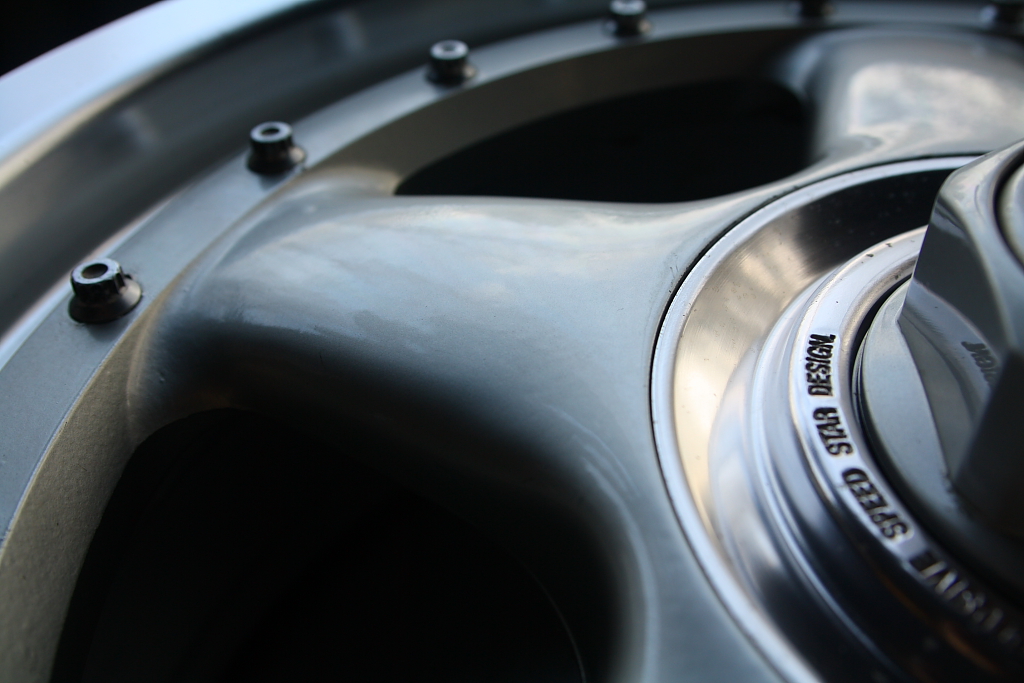 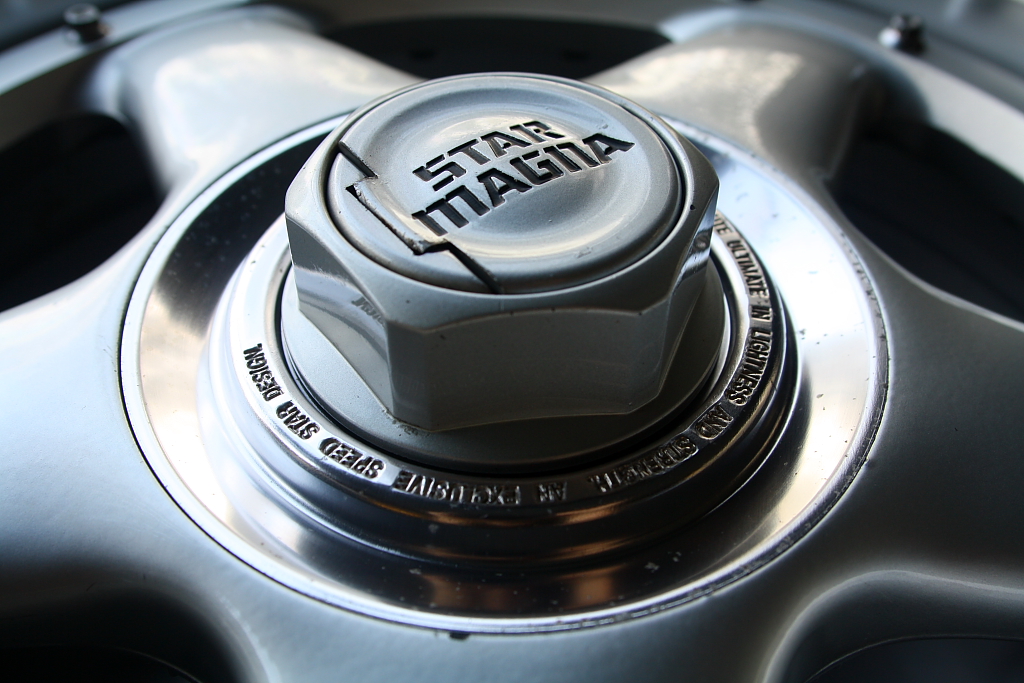 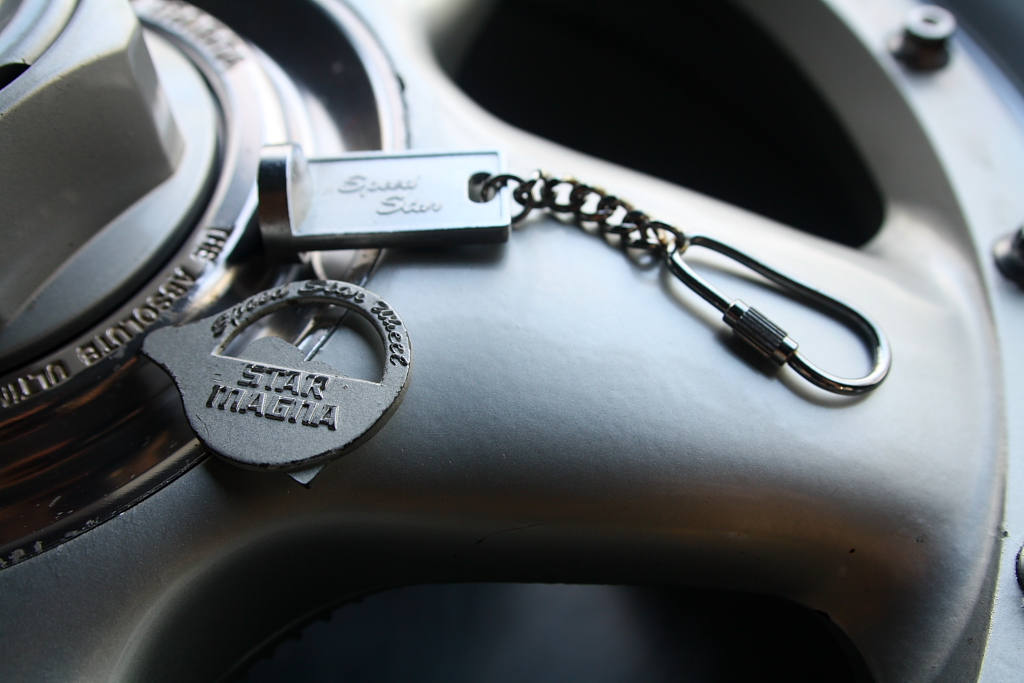 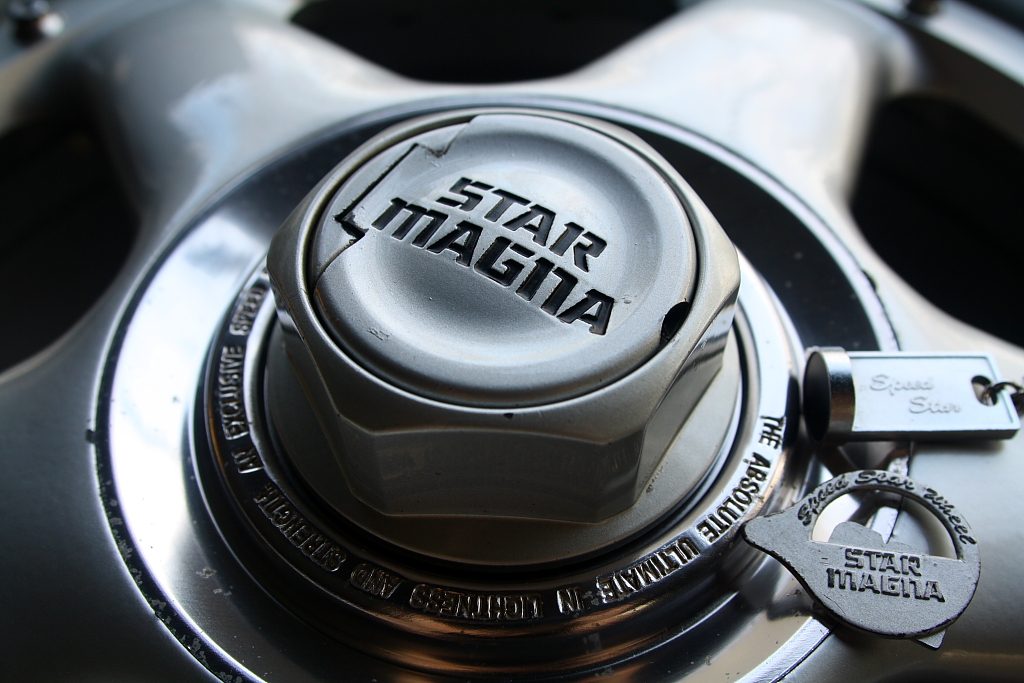 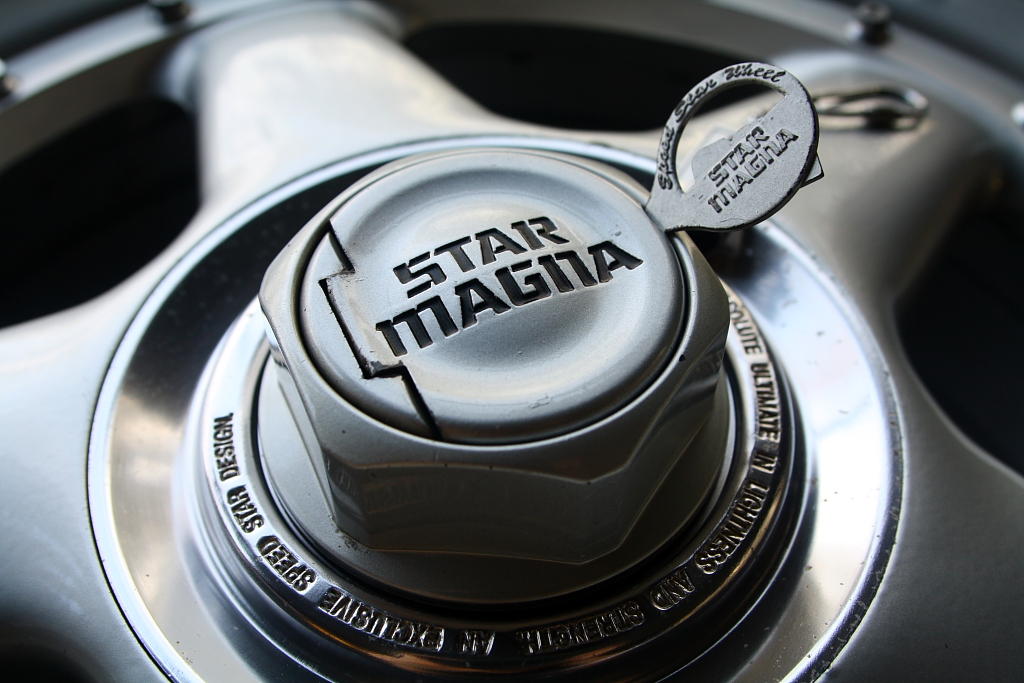 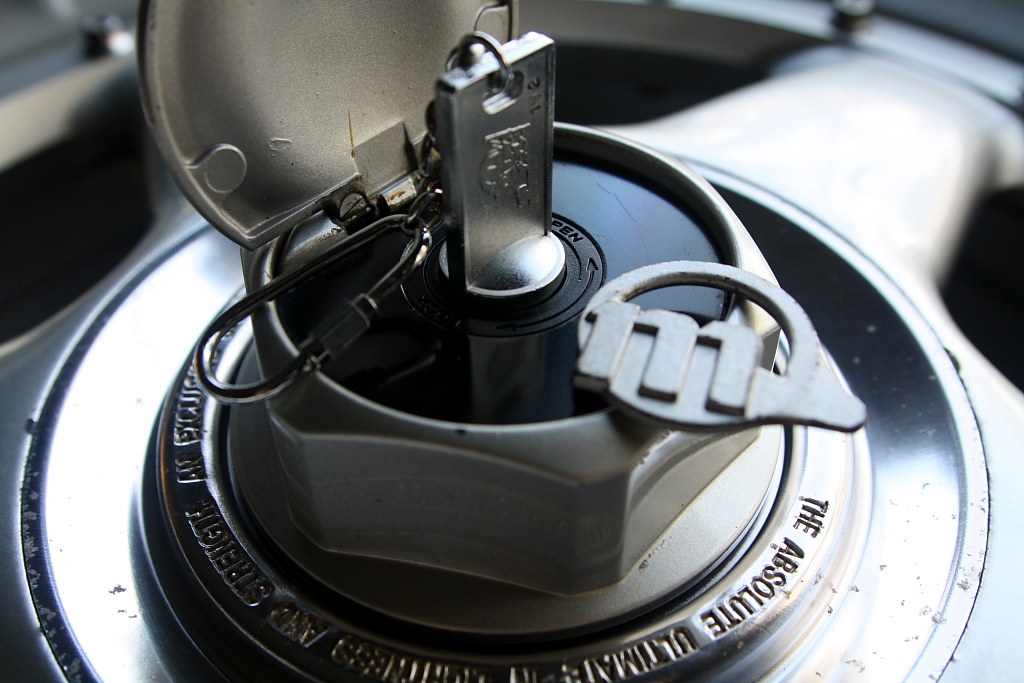 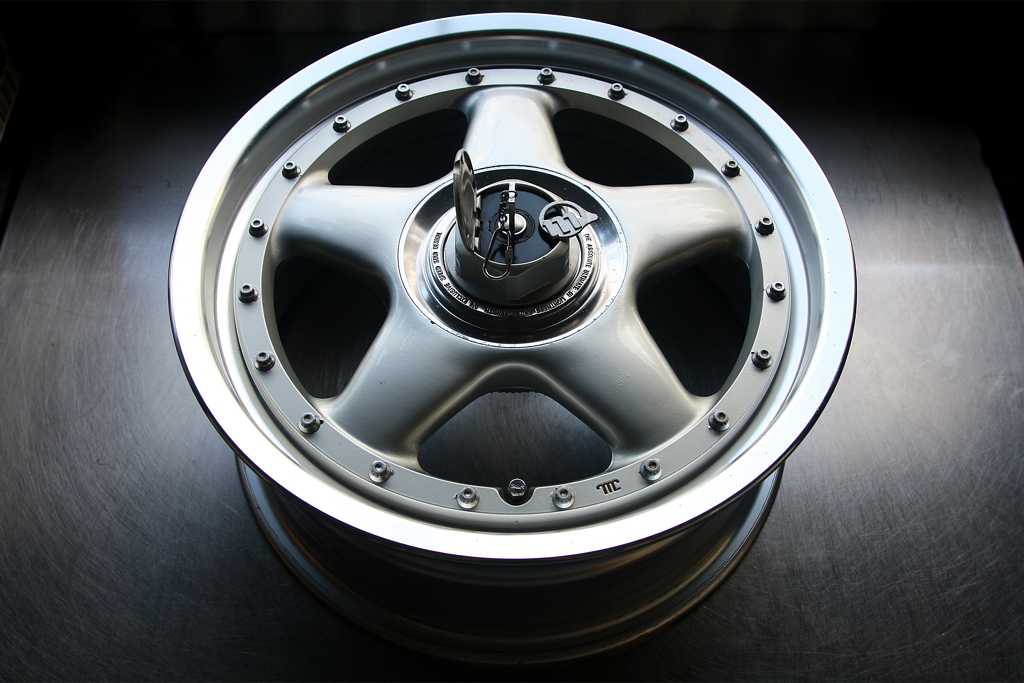 The little cap flipper is great. Not particularly necessary, but a really nice detail. 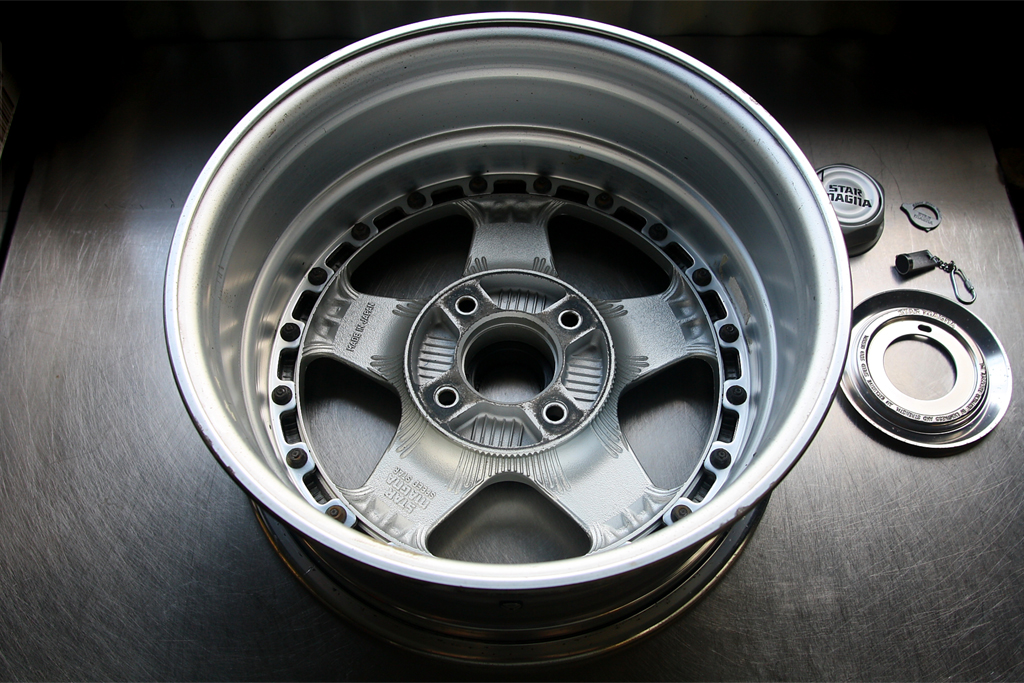 As is often the case; the height of the cap on the high-offset wheel means it sticks further out than the wheel lip. Removal is required for some rear pics! 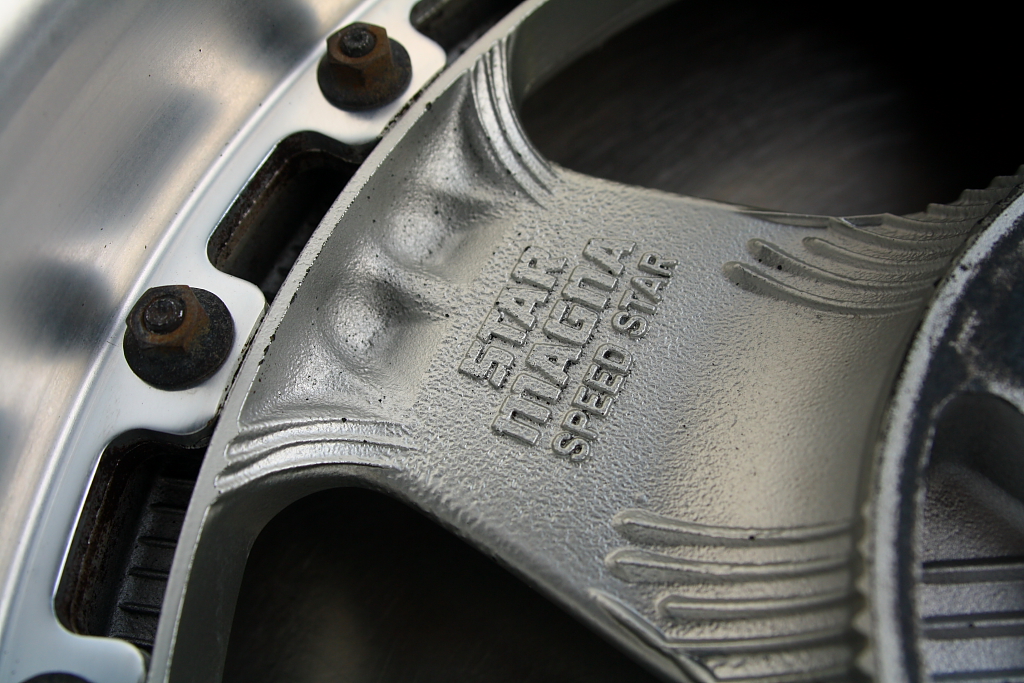 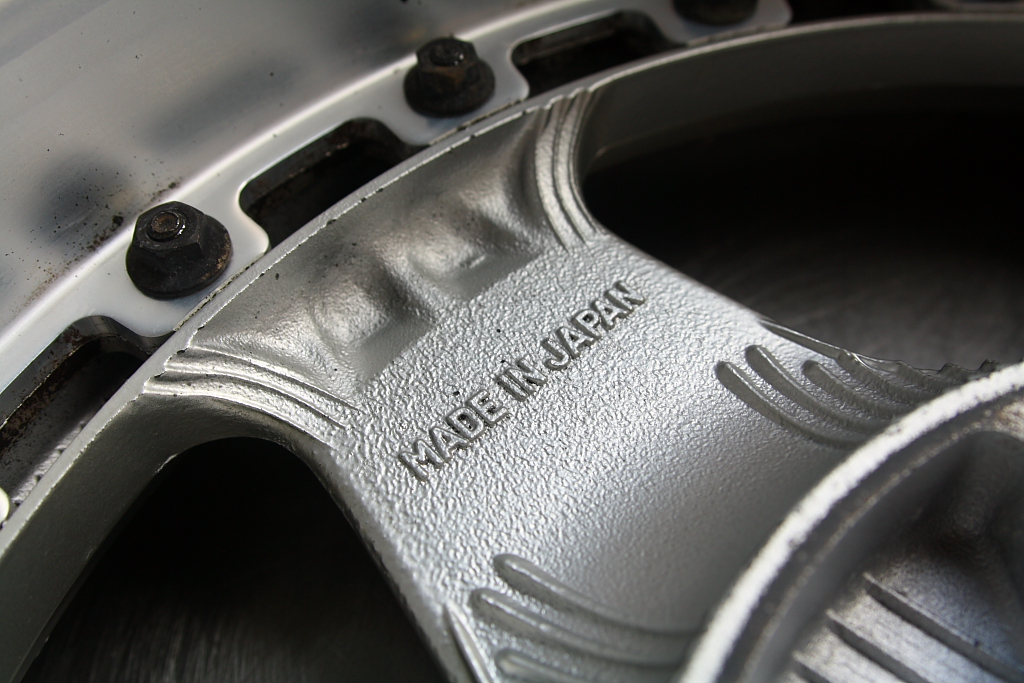 I really like the detailing in the back of these faces. So many small strengthening ribs, and the the hollow wheel edge is just such a nice effort at weight saving.. 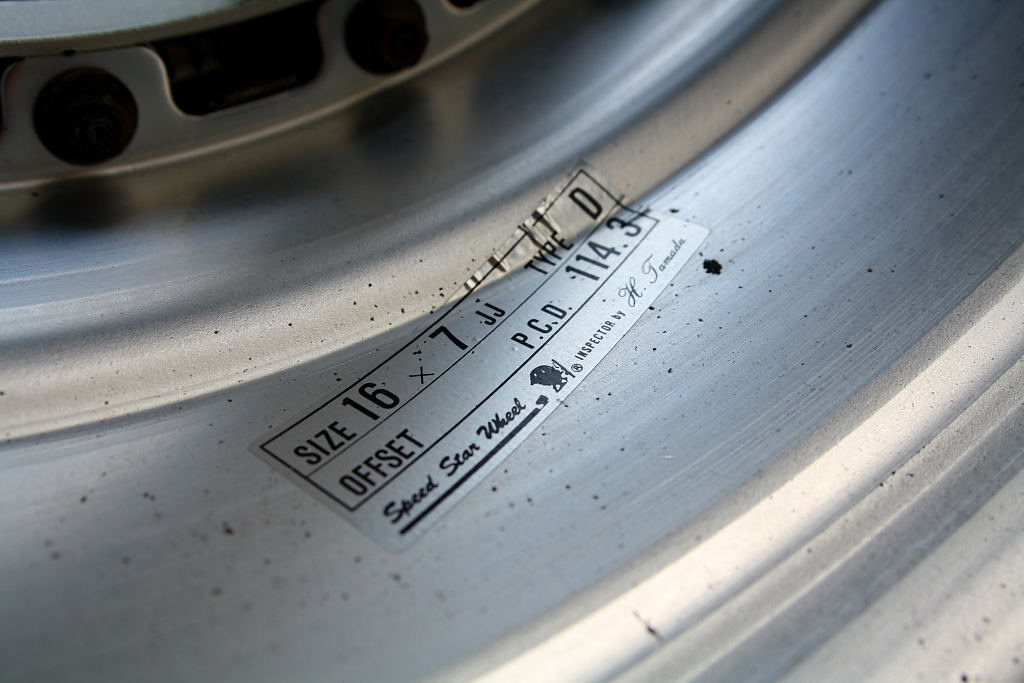 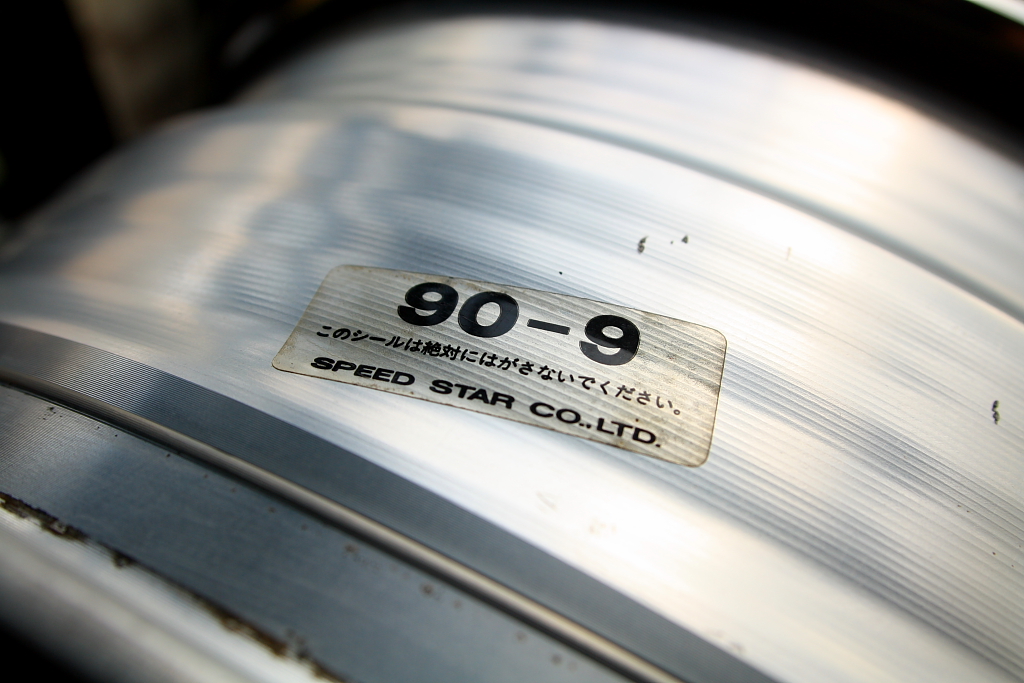 The decal guy had had a few drinks by this point..
I wish they stuck them on neater.. but in their defence; they likely didn't expect some idiot to be frothing over these 25years later...! haha

But done! That's all.

These would have looked so damn sharp when new.
I'll definitely be keeping a lookout for a NOS set.. the finish and detailing on these is just great.