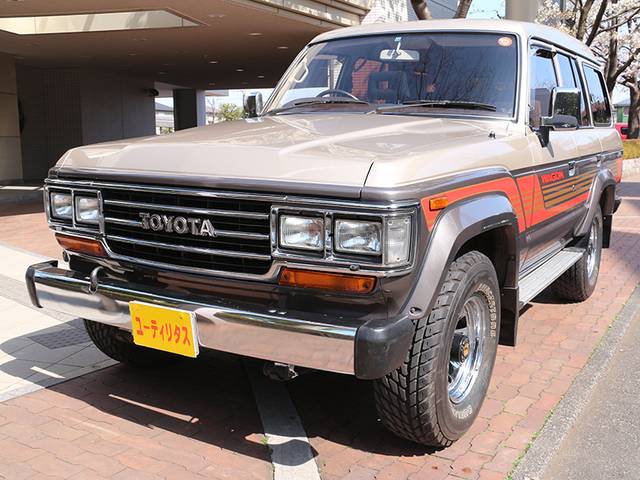 A perfect example of a late 60-Series 'Cruiser, currently sitting at the top of the (relatively crowded) Japanese 60-series market. 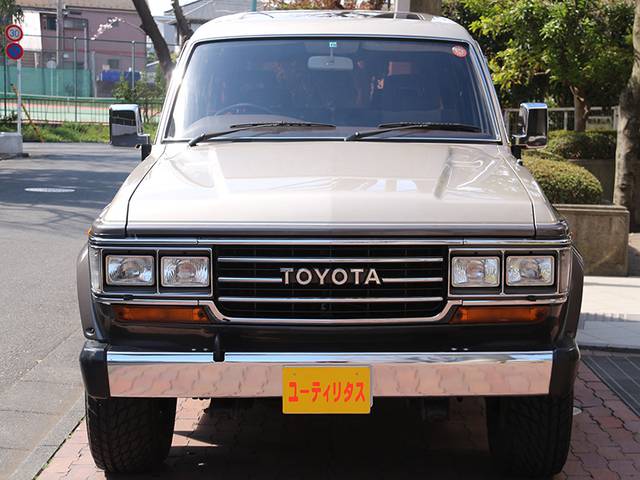 ..but rightly so; with a claimed <50,000km, and no obvious modifications.. its just about as good as it gets. 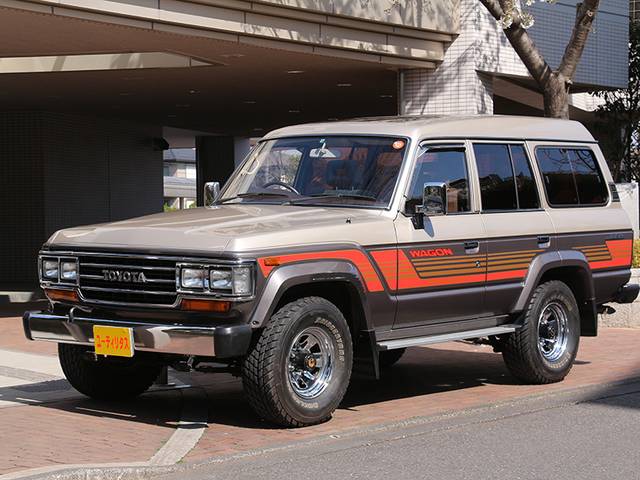 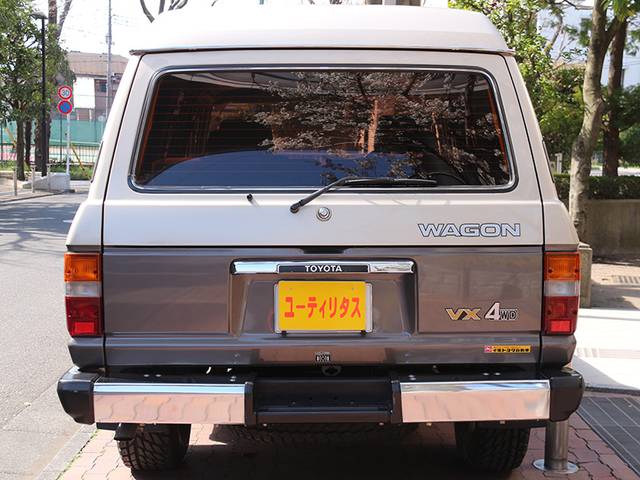 Split-tailgate on the VX, instead of the classic barn doors... 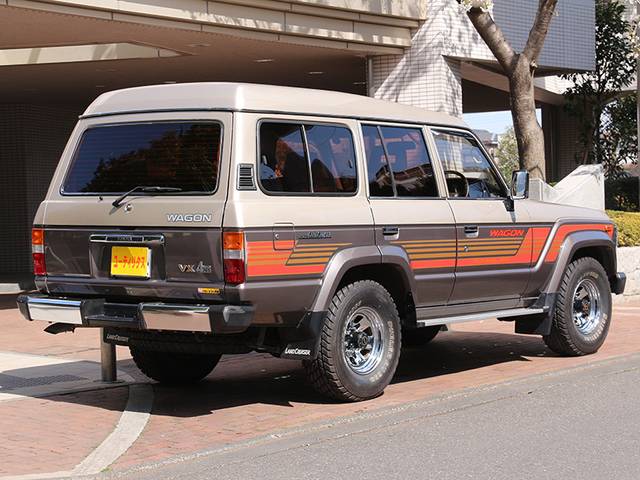 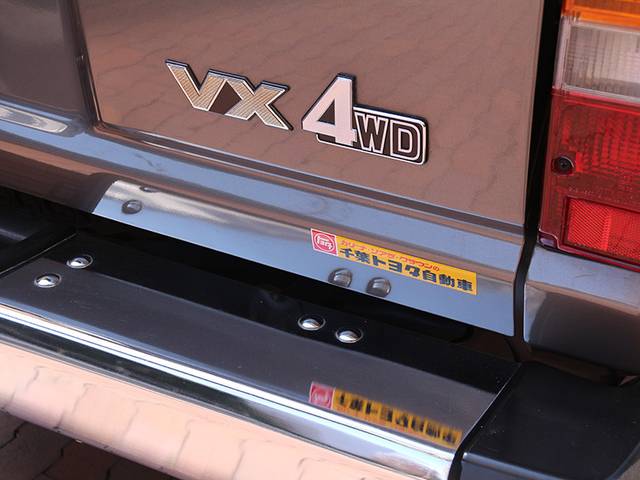 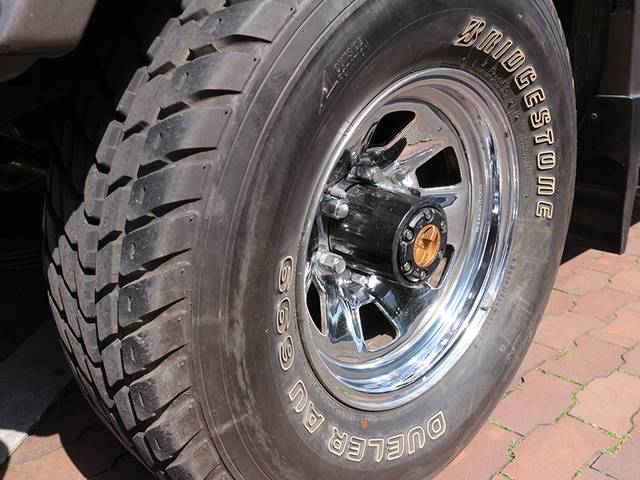 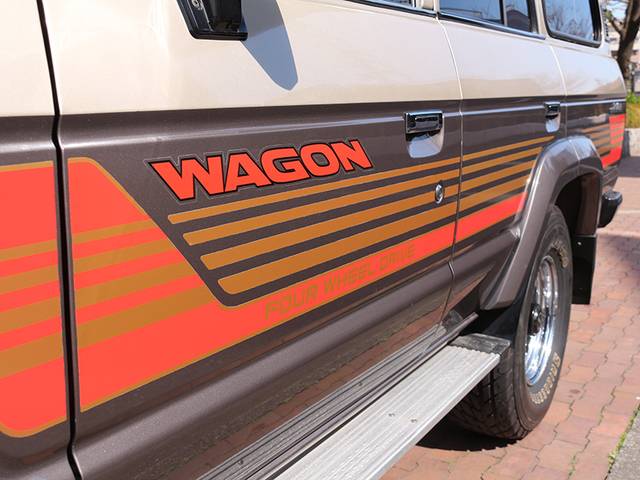 I love this year, model, and spec. Quad headlights, tons of chrome, privacy tint, sunroof, and those impressively thorough decals.
This definitely feels contrary to popular opinion on these, where it seems common practice to back-date and strip-down every 60-series to replicate the utilitarian look of an early base-model version. I'll admit it does look great, but I think these late VX models are too cool just as they are.. 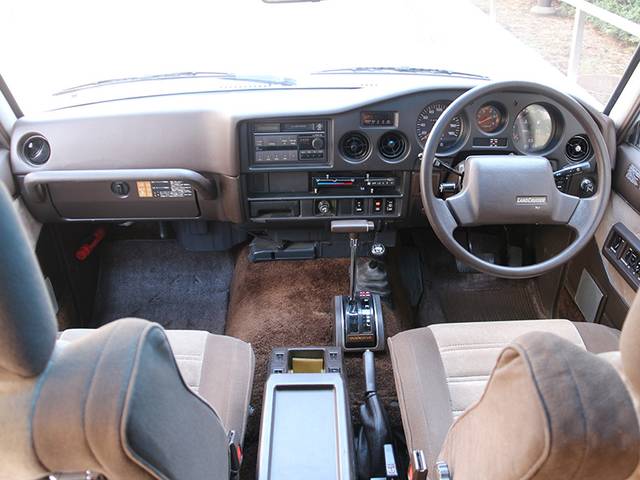 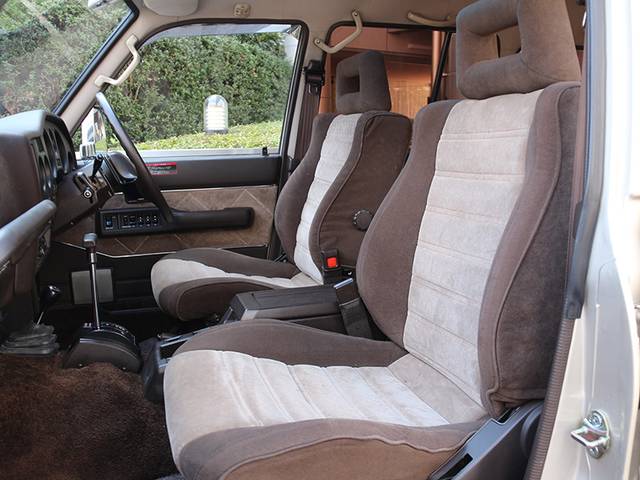 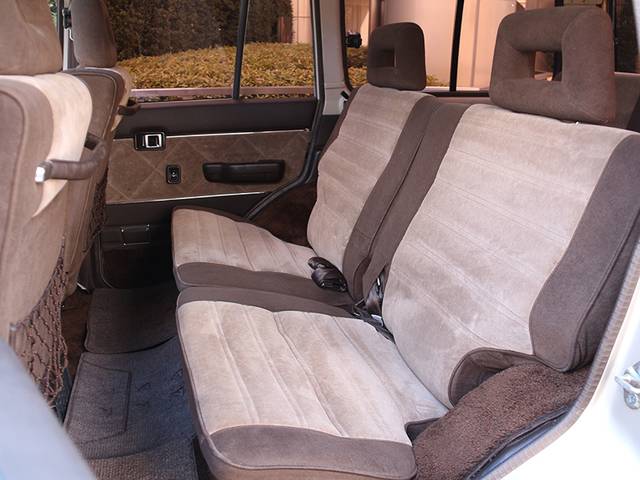 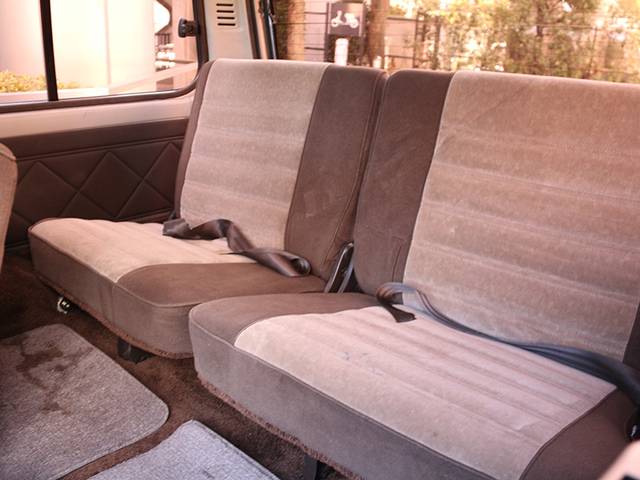 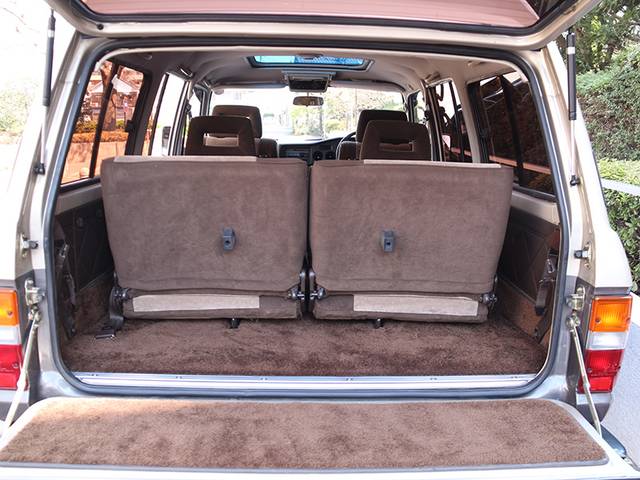 Spotless 30year-old carpets and cloth.
Being a top-spec model, its no surprise to see the Auto Transmission, three rows, power windows & sunroof. 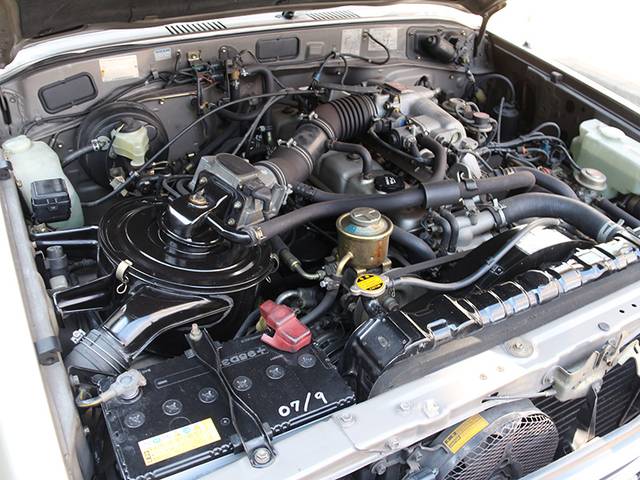 Toyota's 3FE - a fuel-injected, 4litre, petrol straight-6; the final iteration of Toyota's 'F' engines, introduced decades before.
De-stroked from the 4.2litres of its predecessor (the 2F, not surprisingly), the now-square 4litre produced 116kw and 303nm of toque - both up on the previous 4.2litre unit, albeit dubiously (shorter stroke with the increased torque developed higher, raising power numbers..)..
Power is sent through a 4spd Auto, and to the ground via leaf-sprung solid-axles front (with manual locking hubs) and rear.