As promised in this post here back in January; the Hiro V1-R in detail.. 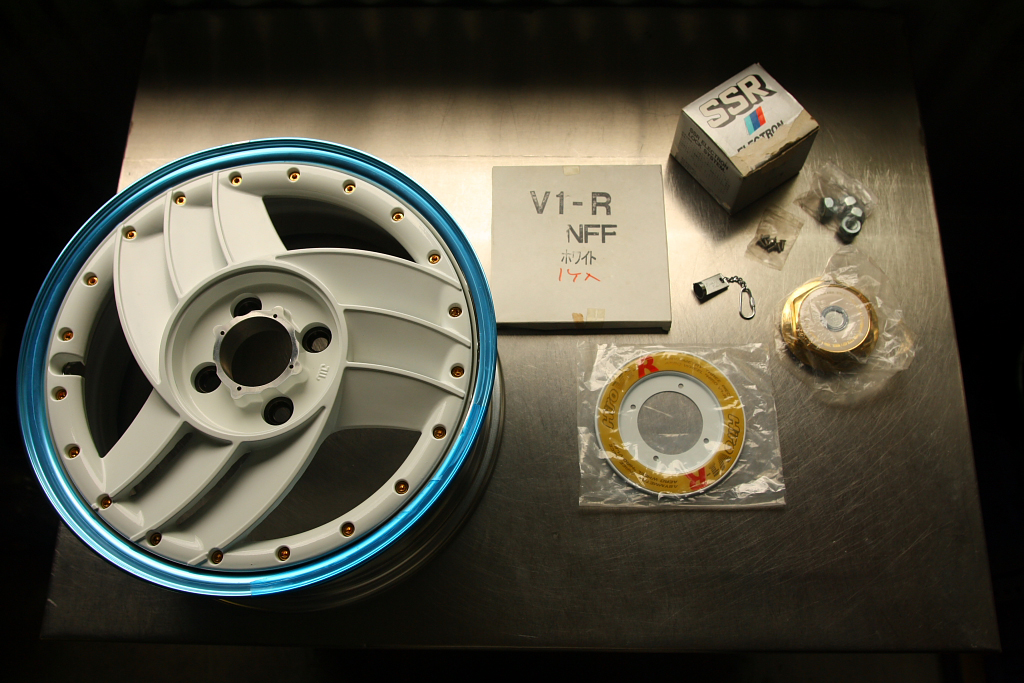 To repeat what I wrote in the previous post:


Trying to figure what the exact difference (and why) for the V1-R from the V1 isn't initially obvious. Going by later SSR naming structure; it would make sense that the 'R' stood for 'reverse' (full reverse compared to the regular reverse in this case).. but then it was used as a regular reverse in 16" form.. which kind of throws that out the window! The V1-R has a 1" larger face than the V-1; so while it is mounted as a full-reverse in the 15", it is a reverse as 16" (the older V-1 does 14" and 15" the same way).
Regardless of this; other than having a 1" larger face (and to me, not as pretty as a result), the V1-R also has a raised section on the front edge of every blade, running all the way to the outer edge of the face. This is, more often than not, polished to stand-out against the face colour.

This particular wheel has sat somewhere unused for the last 20-odd years, likely as a spare that was never needed. Great for me though, because its always fascinating to see these things completely original - these assembly pics would be an absolute throwback to 1992.. 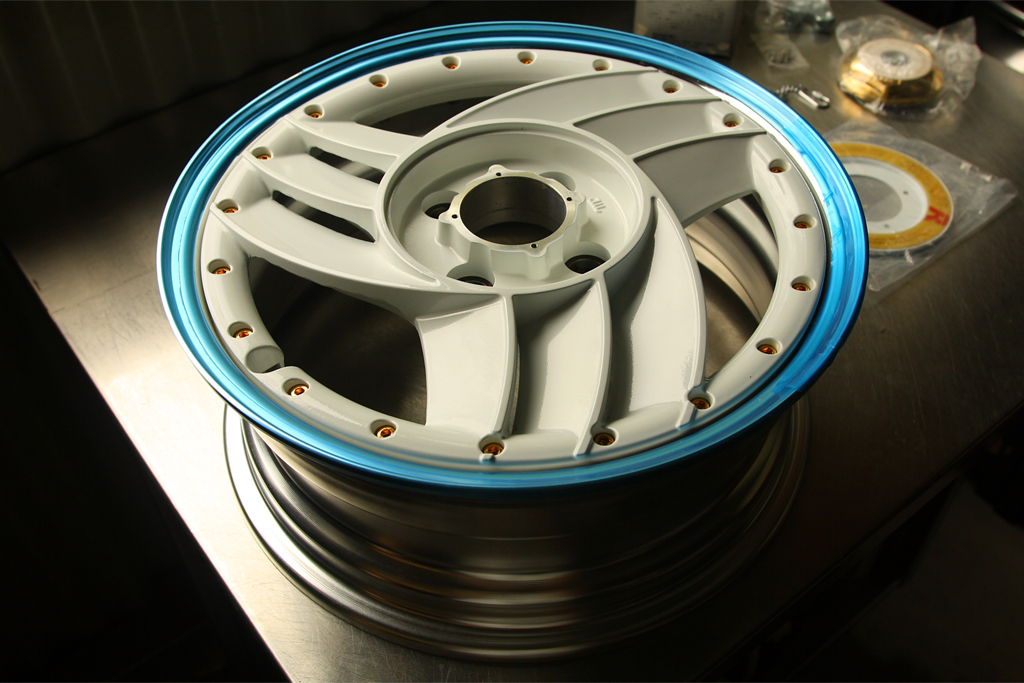 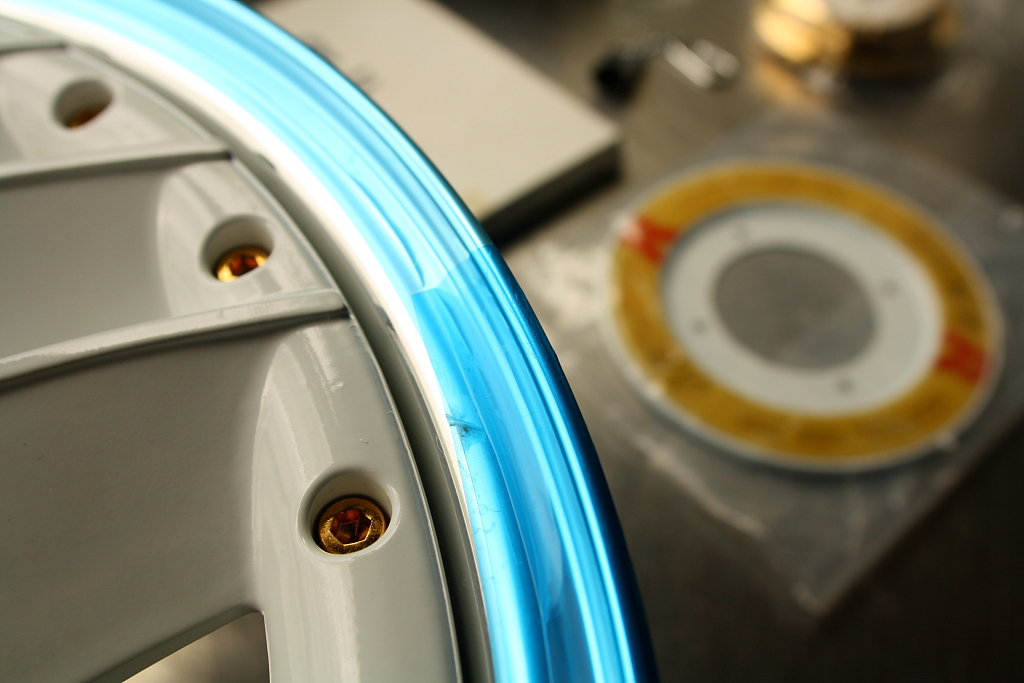 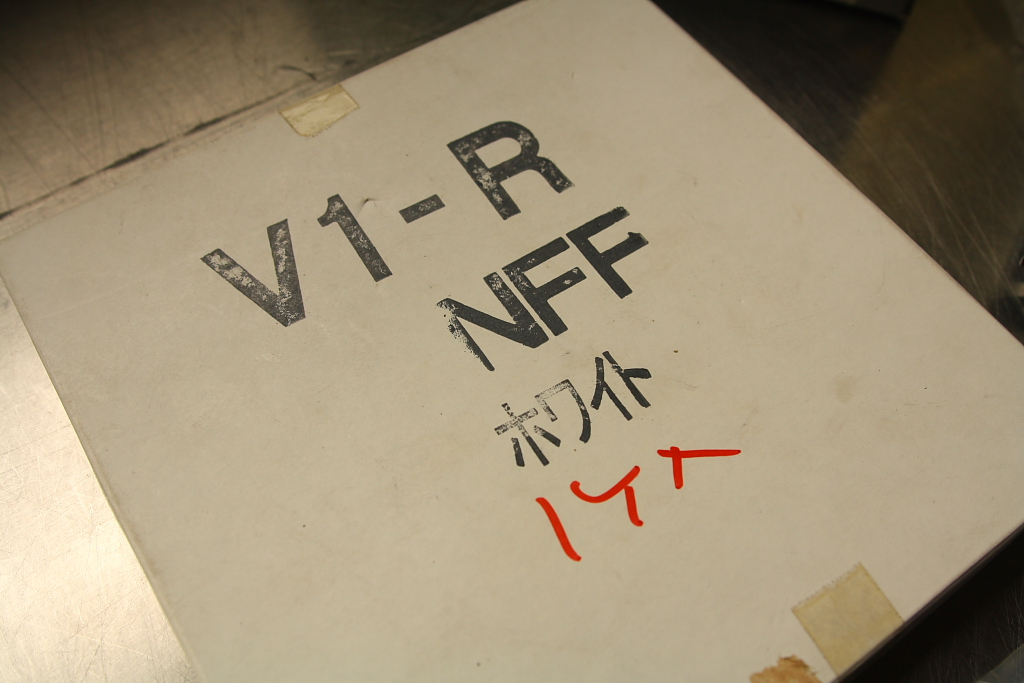 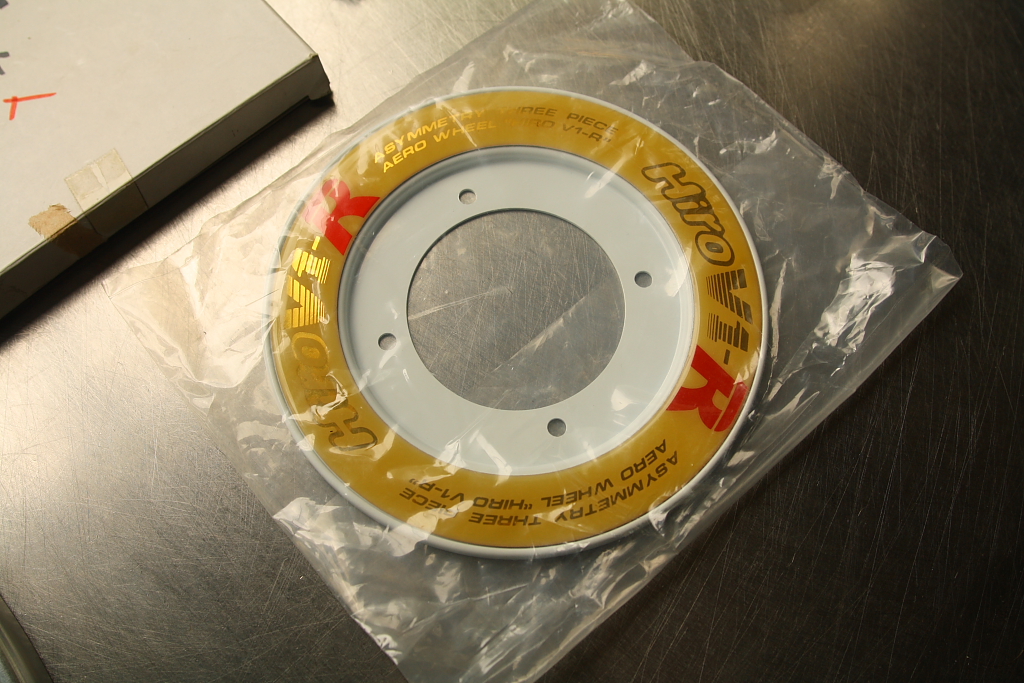 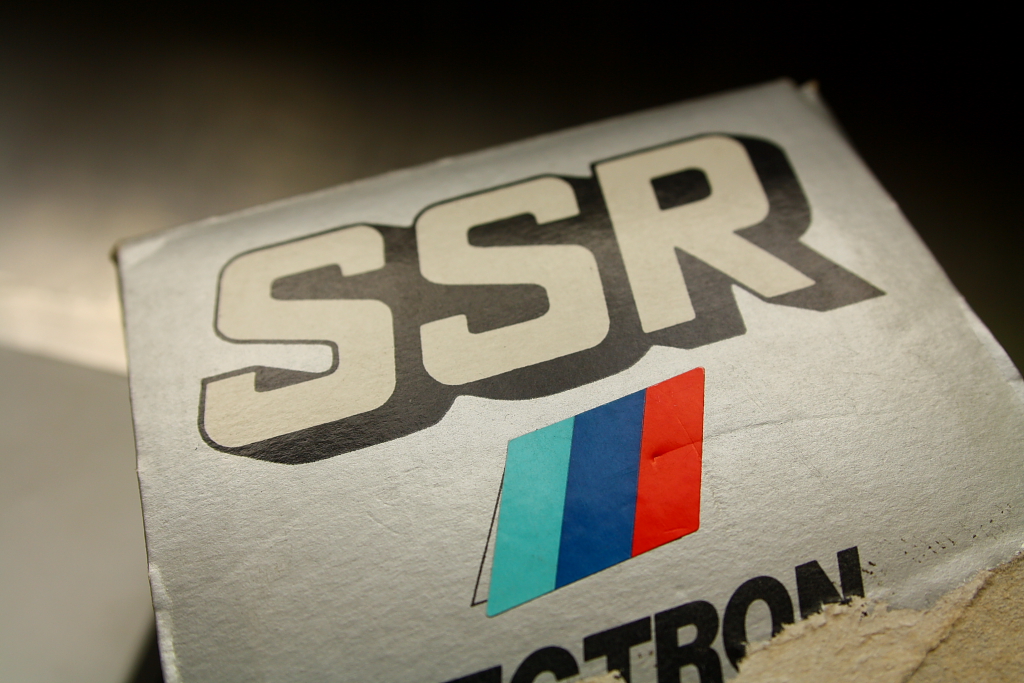 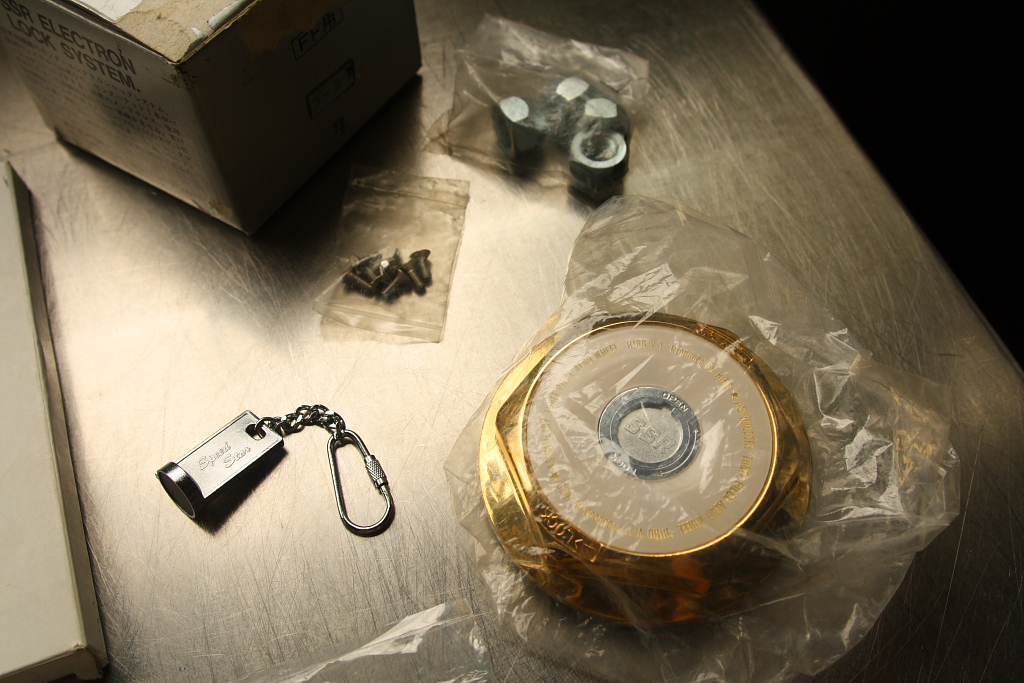 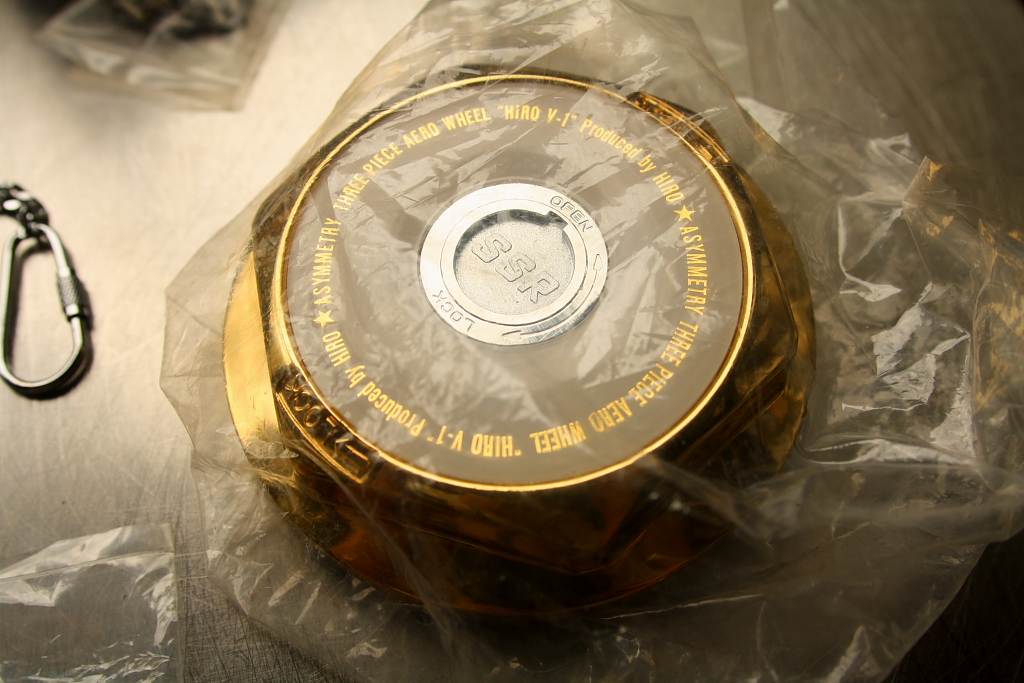 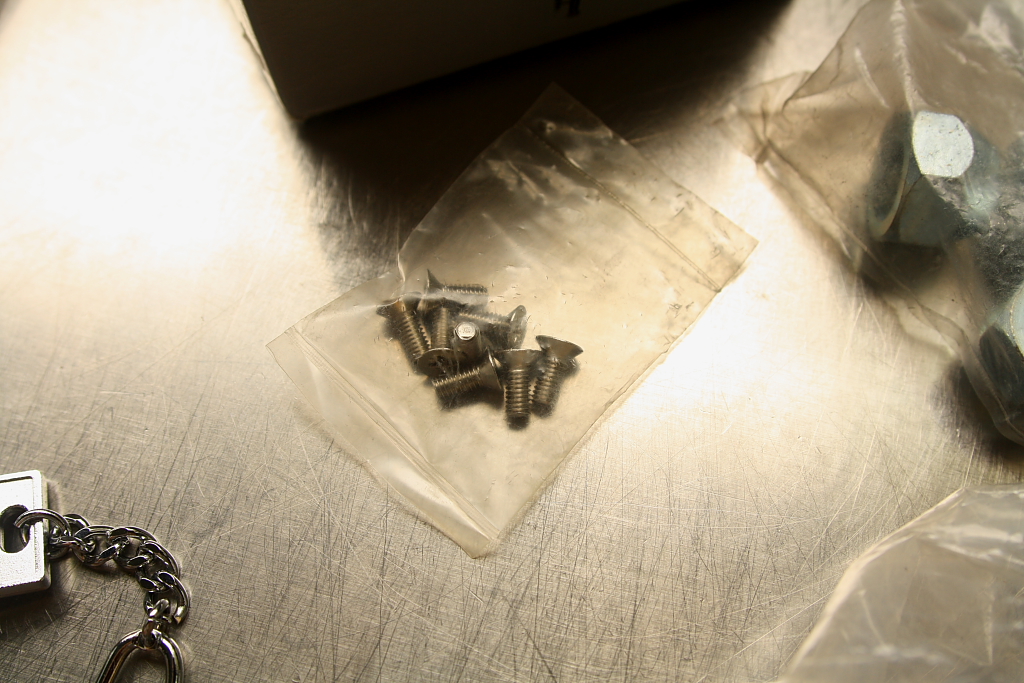 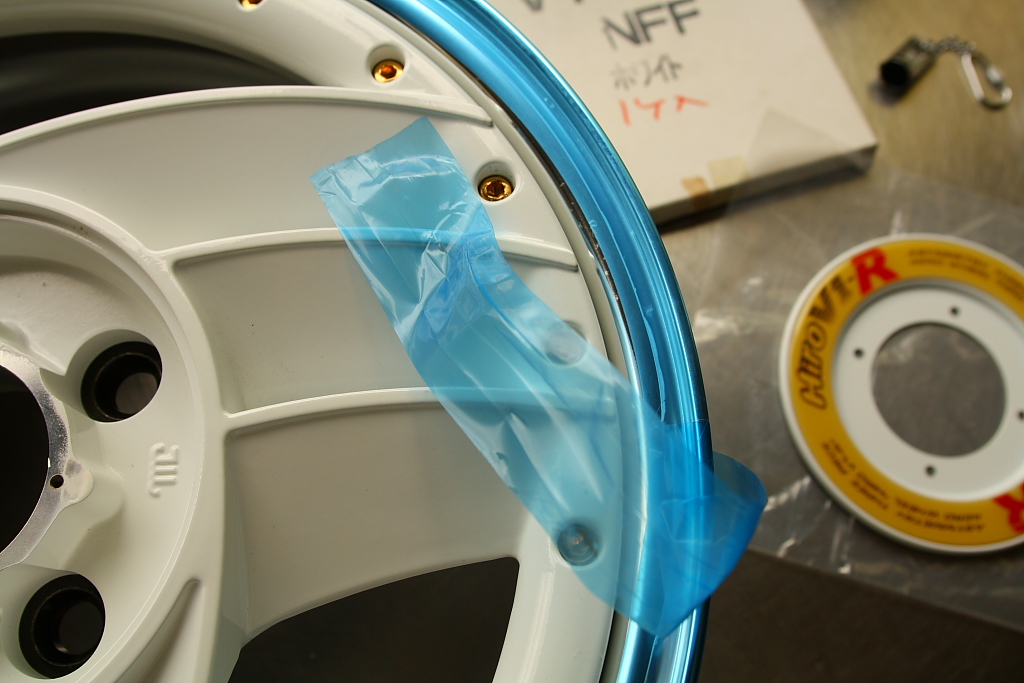 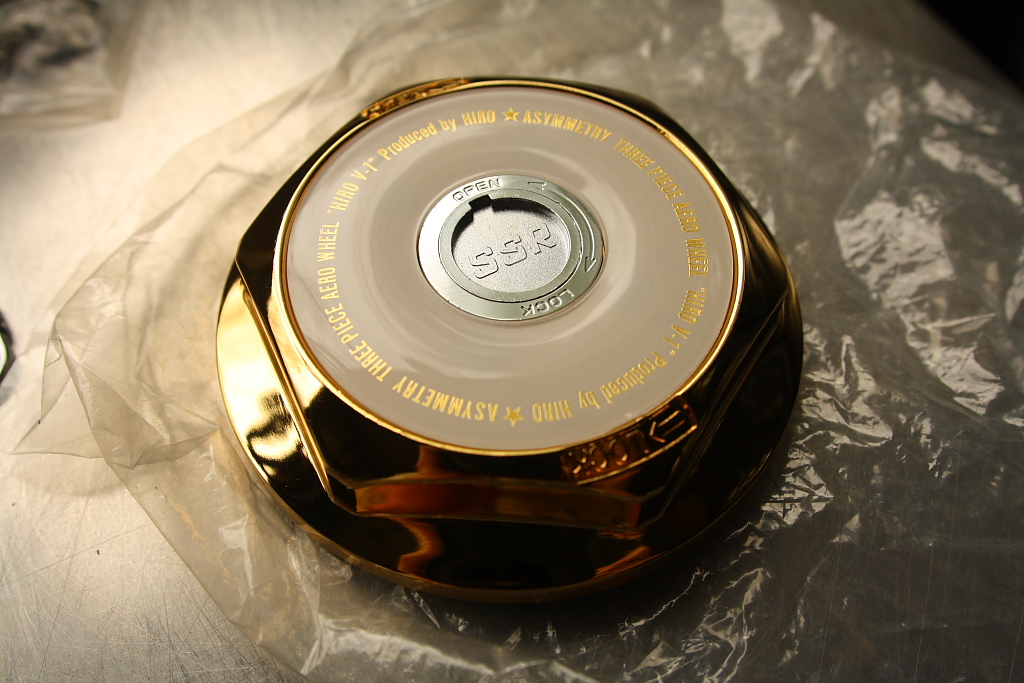 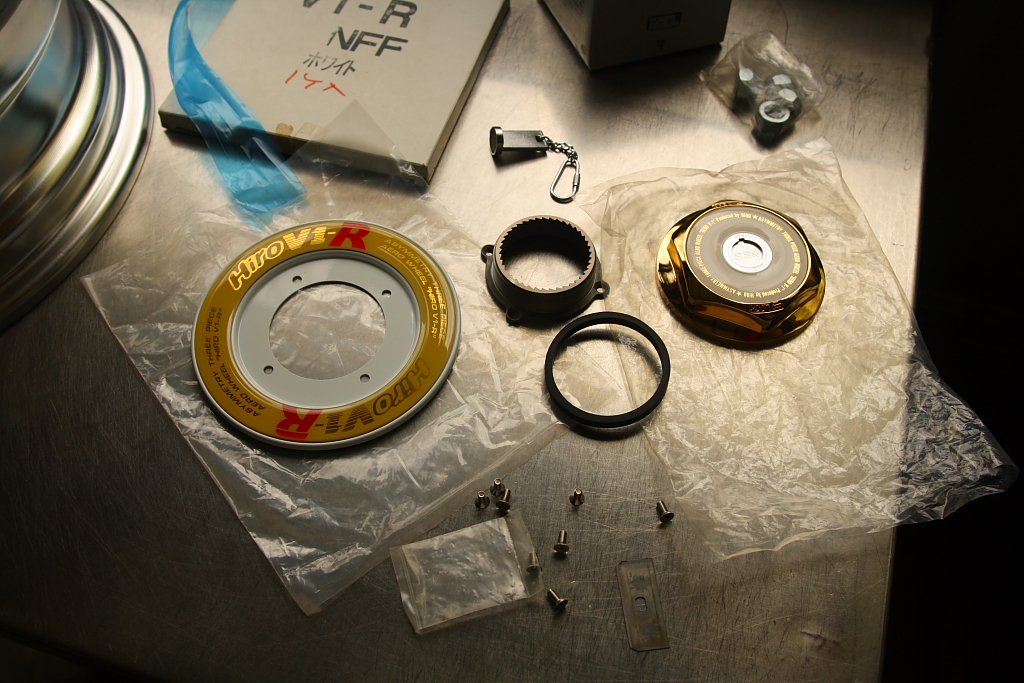 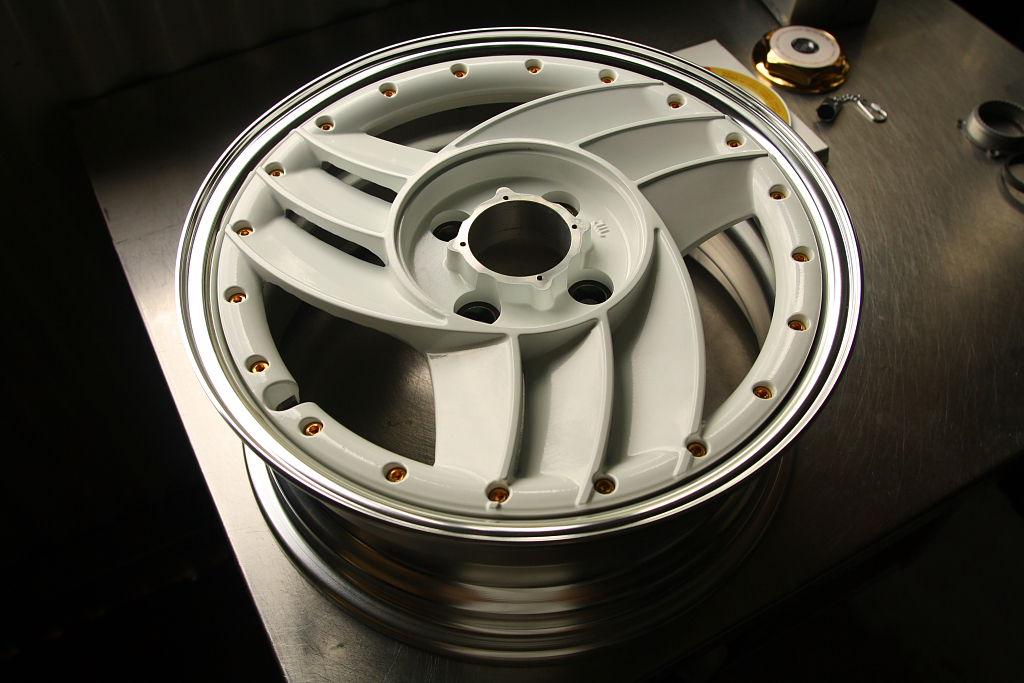 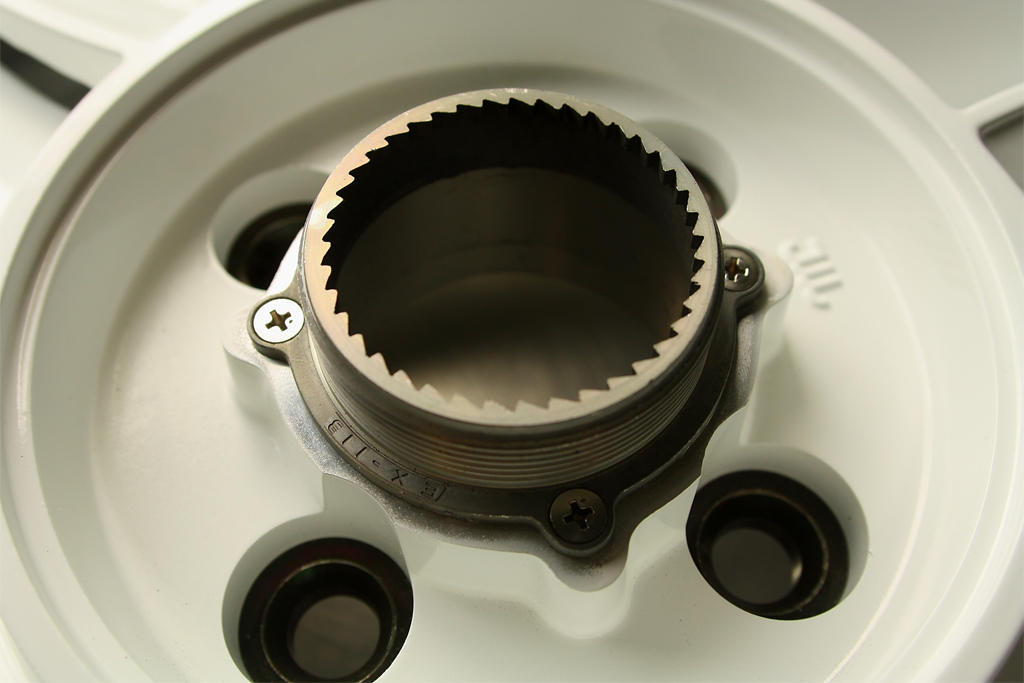 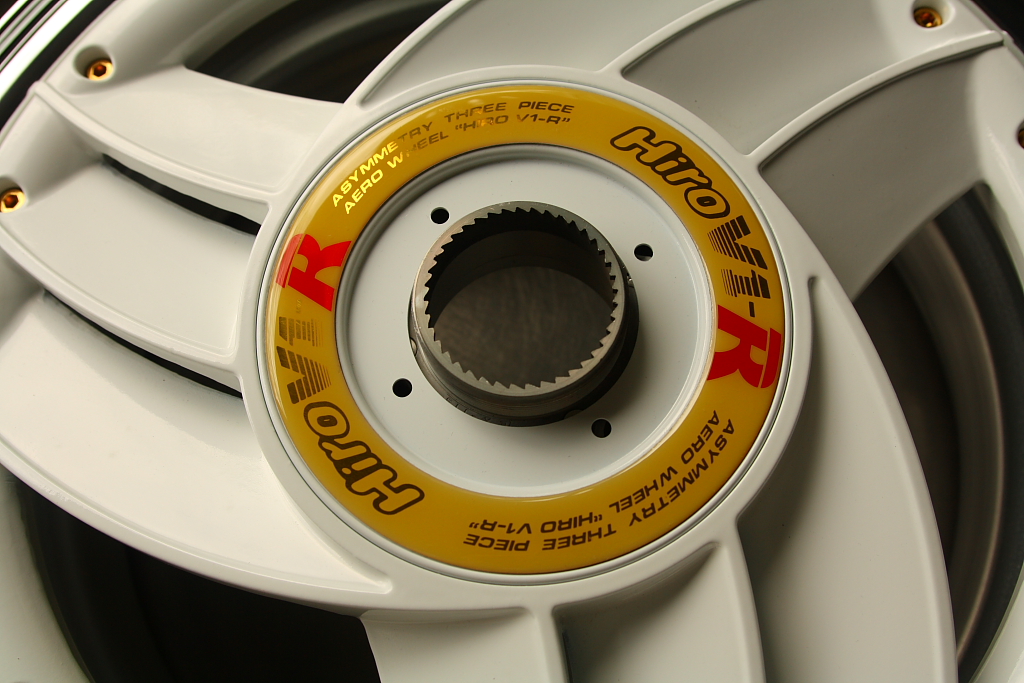 ..which unlike the earlier SSR's, sits under the plate. If you look in the above Hiro V-1 link; you'll see the early collar sandwhiches the plate down to the face, with a step on the collar stopping assembly the other way around. This was revised-away later in the 80's.. 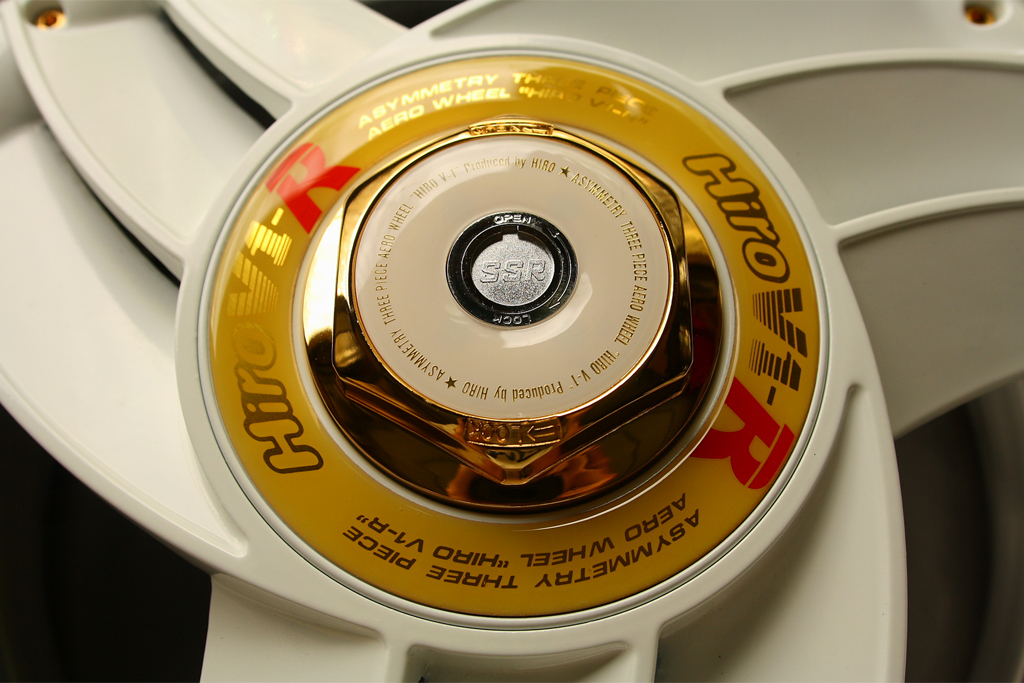 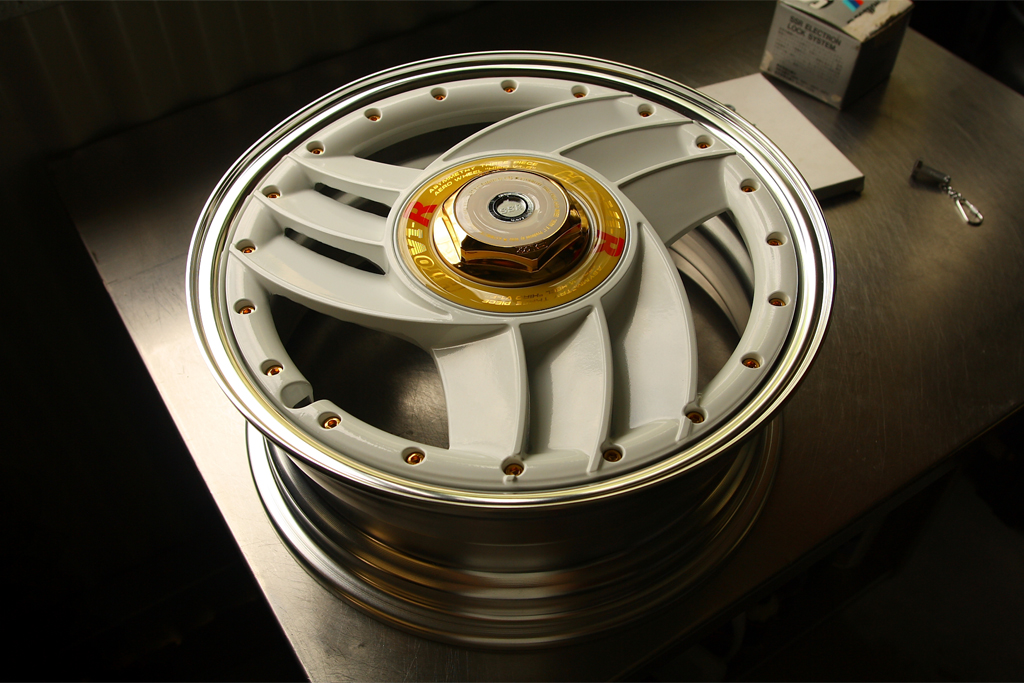 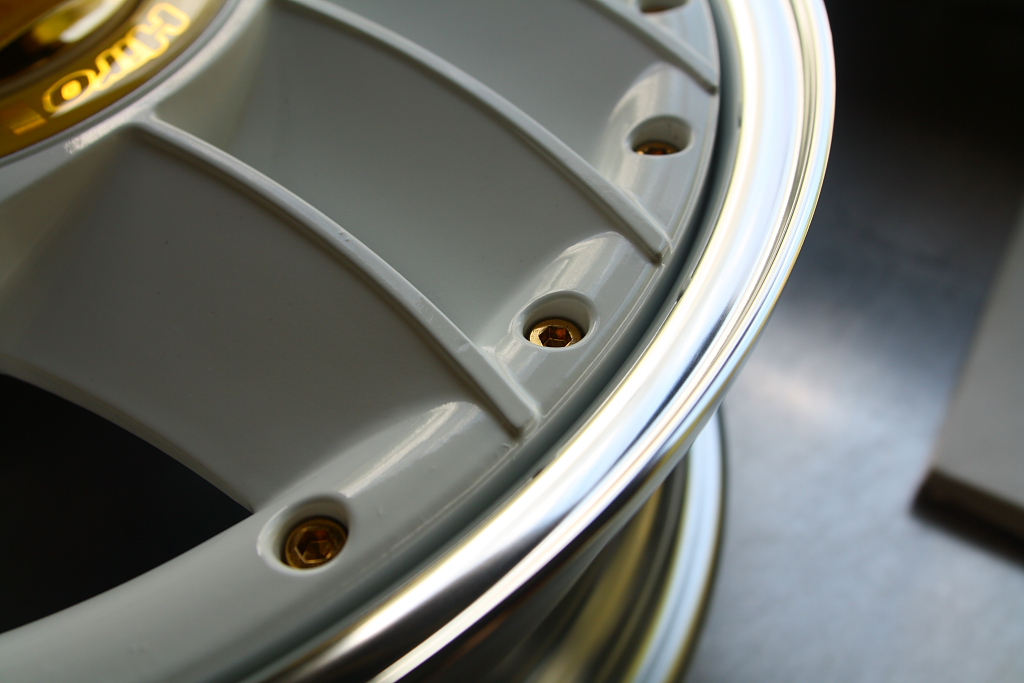 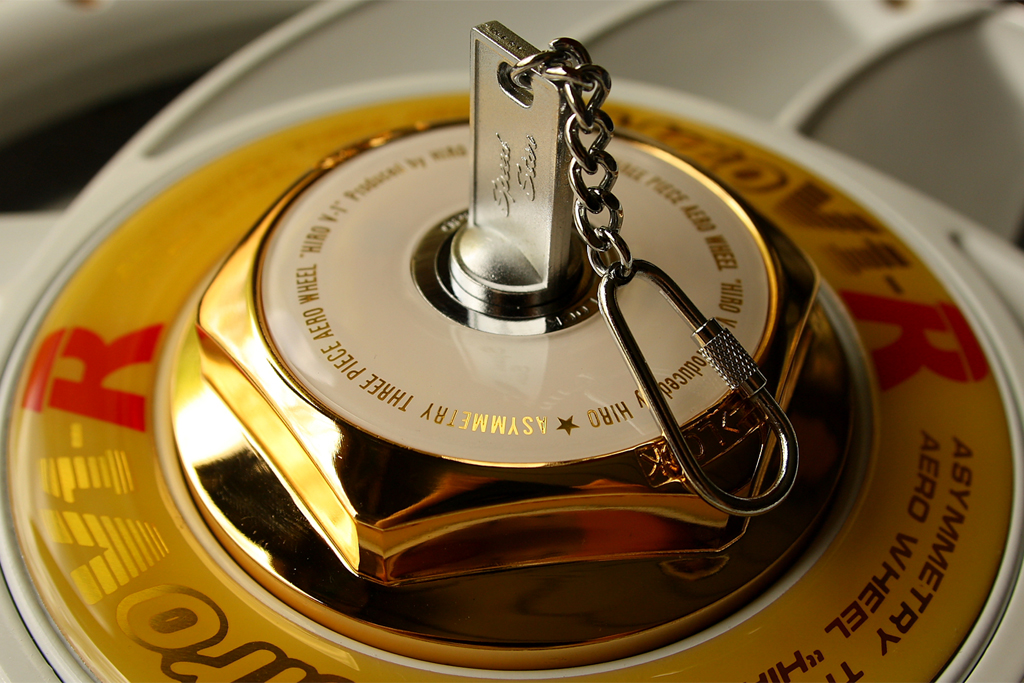 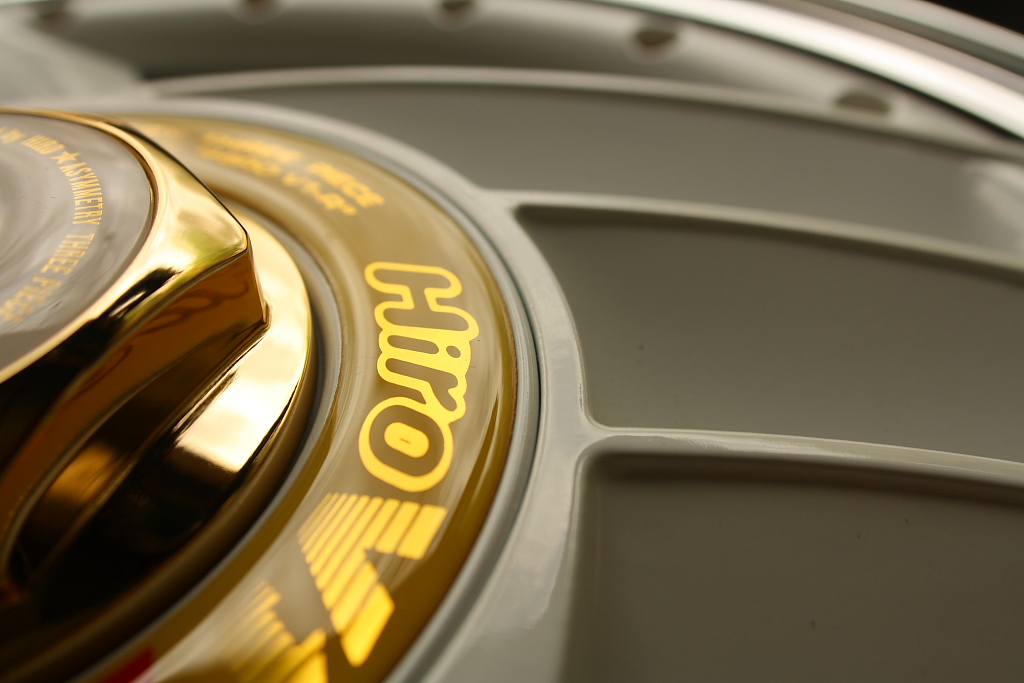 Such a high offset means the cap comes back off for the rear pics.. 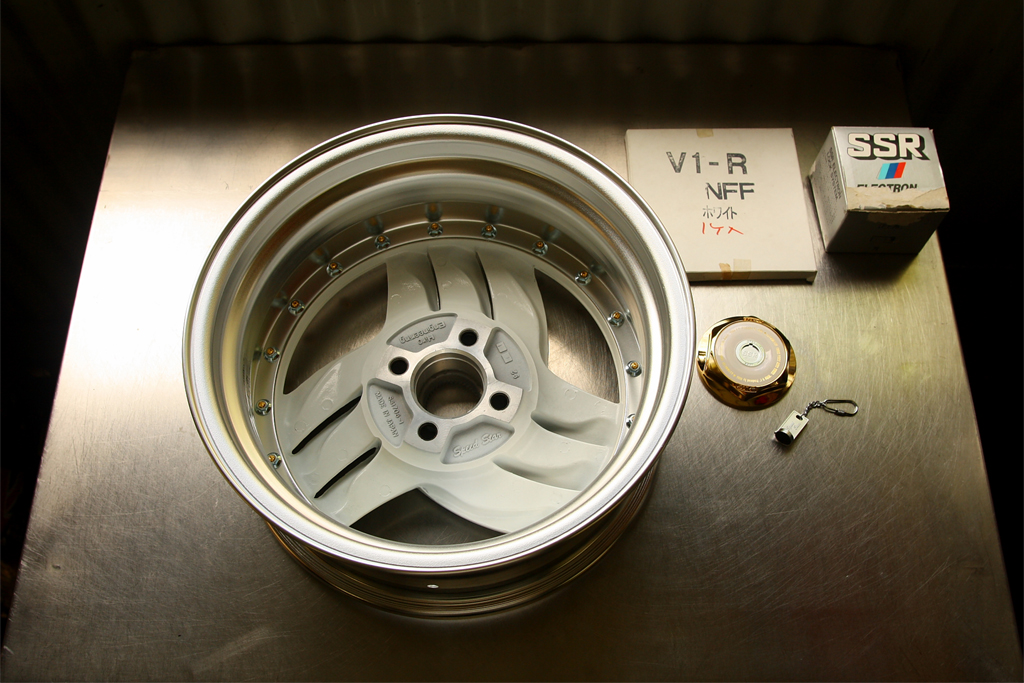 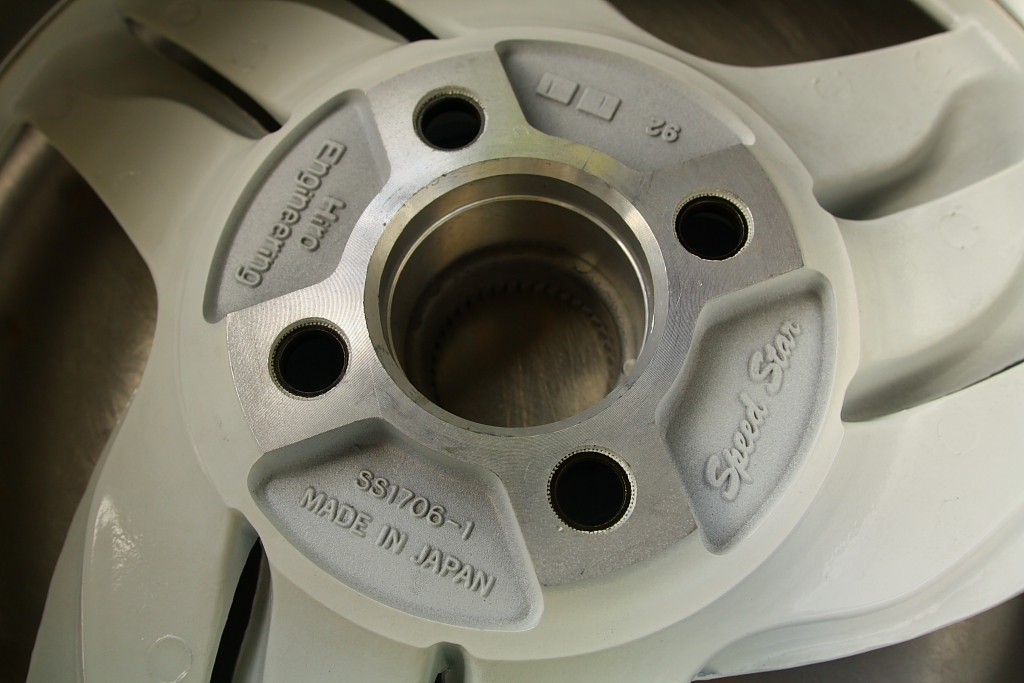 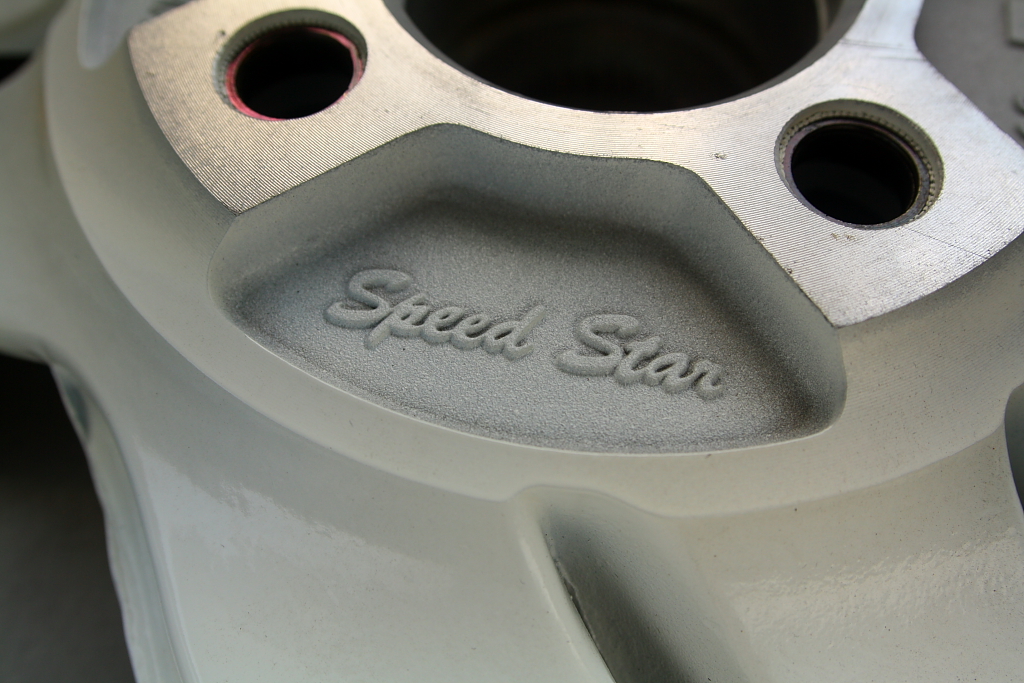 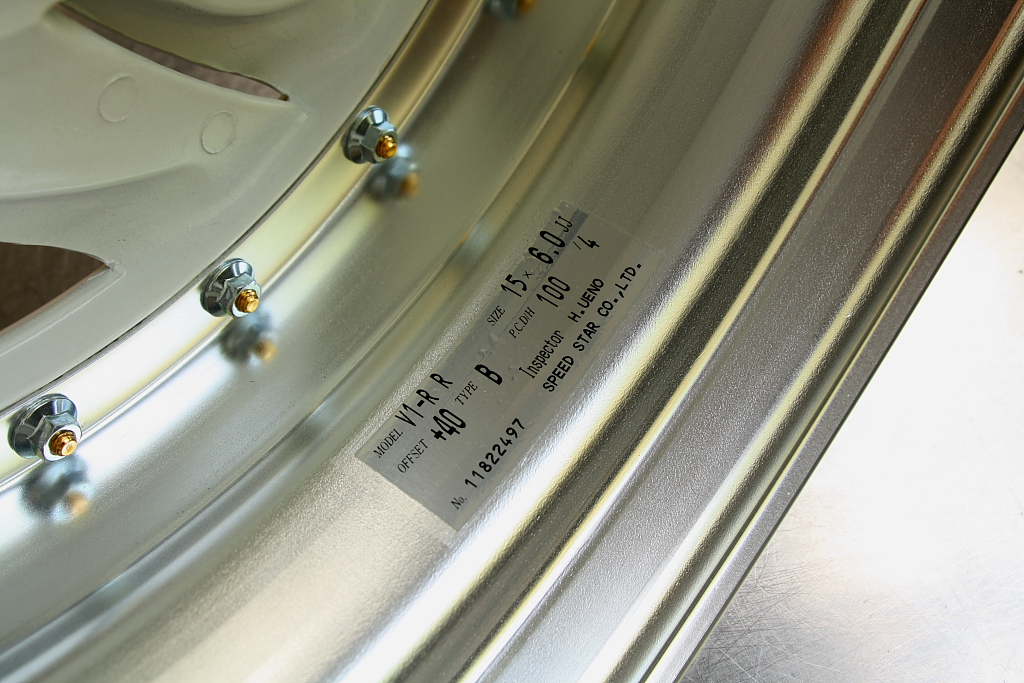 I still prefer the original V-1 for its 1" smaller face, no raised edges on the face blades, asymmetrical plate decals, and so on; but the V1-R is still an impressively unique design, with all the usual fantastic detailing. I can't help but love it.