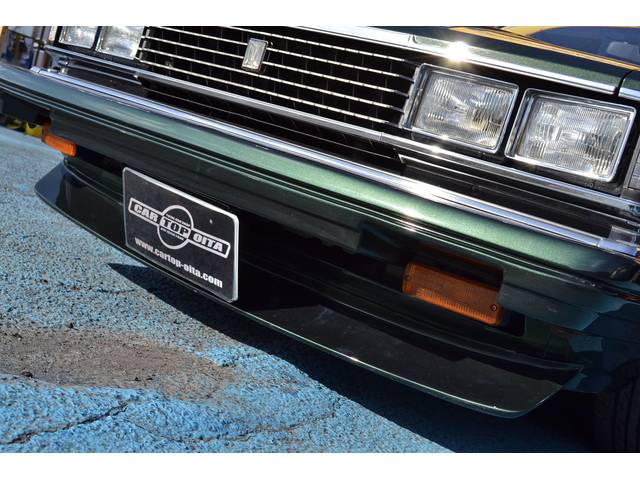 Simple formula; clean, lowered, and wide wheels. I'm really appreciating the restraint here.. keeping other modifications limited to just a front lip and an exhaust. This looks great, and would absolutely drive this as is..

As mentioned above; the car itself is a GX51 Toyota Cresta, Super Lucent, 4HT - the highest trim level of a model that sat above the Mark II and Chaser when new.
This is the first year of the Cresta name, which launced in early 1980. Later this same year, this *X5*/*X6* body became the basis of the 4th generation Mark II, and 2nd generation Chaser and Cressida.

What would be the drivetrain configuration in this car.
While low-spec models could be fitted with a 1.8litre, 13T four-cylinder (TX50) and a solid-axle rear; the Super Lucent got the 1G-EU 2litre six (twin-cam 1G-GEU from late 1982-), 4spd auto or 5spd manual, and a trailing IRS setup.

The early Cresta hardtop is hands-down my pick of the bunch for the *X5*/*X6* chassis though; with that upright front with individual lights, sloping rear end, and much prettier glasshouse.. its definitely a looker. 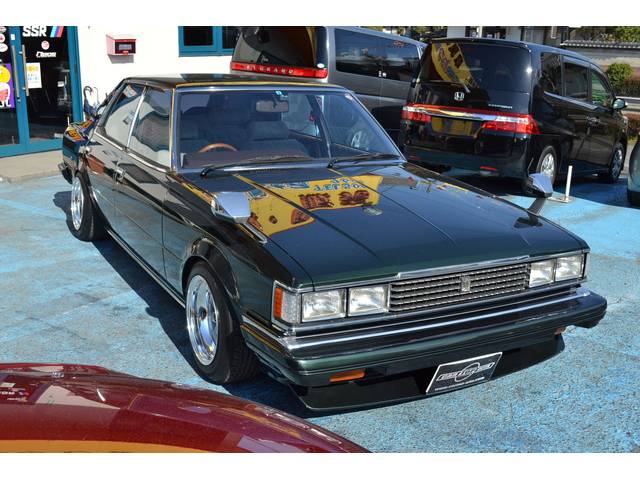 The whole design really feels like a Japanese interpretation of a '79 Chev Caprice - so just smaller, lighter, and arguably better looking!
...works for me!. 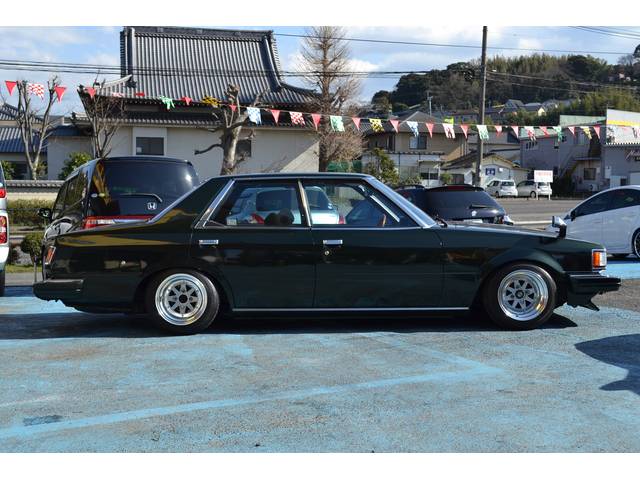 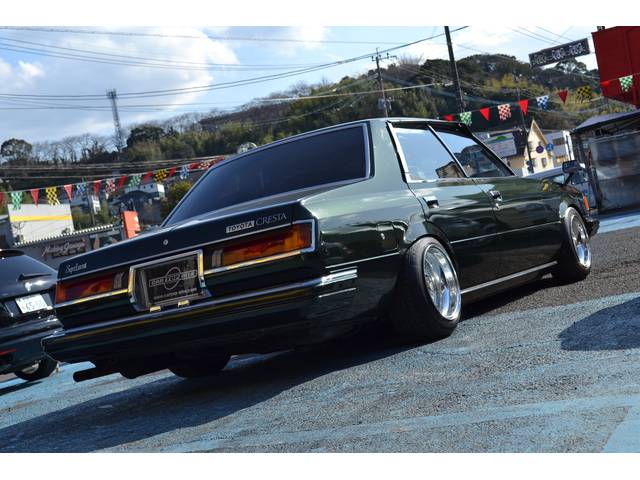 A simple set of SSR MKIII's fill these guards very well. Clean set too, but no caps!? 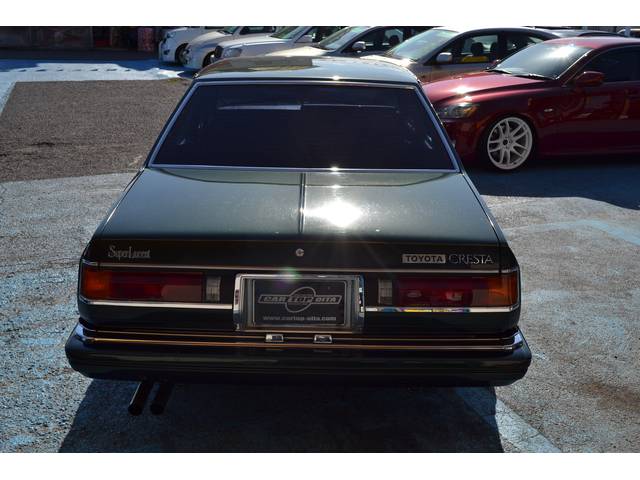 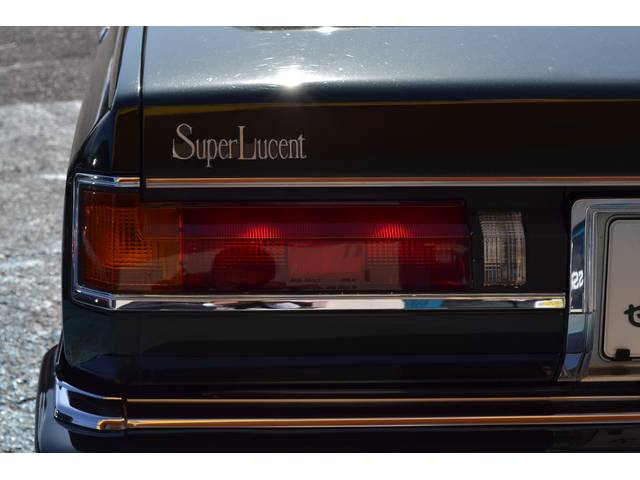 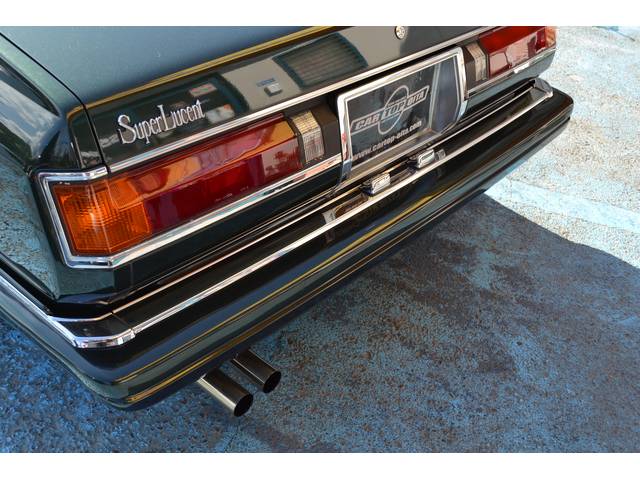 The Cresta-specific rear, with a neat exhaust.. 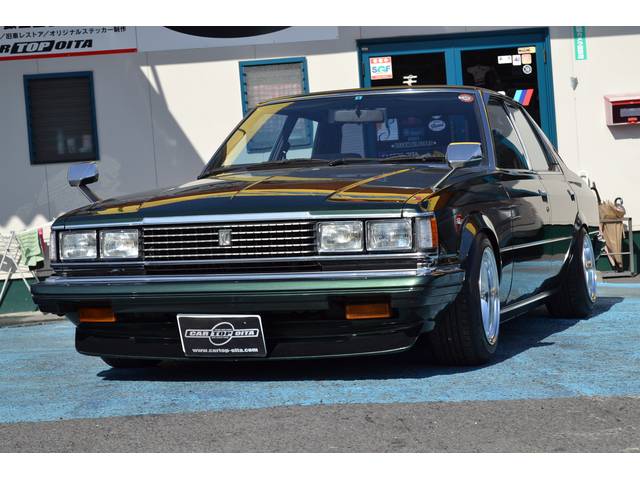 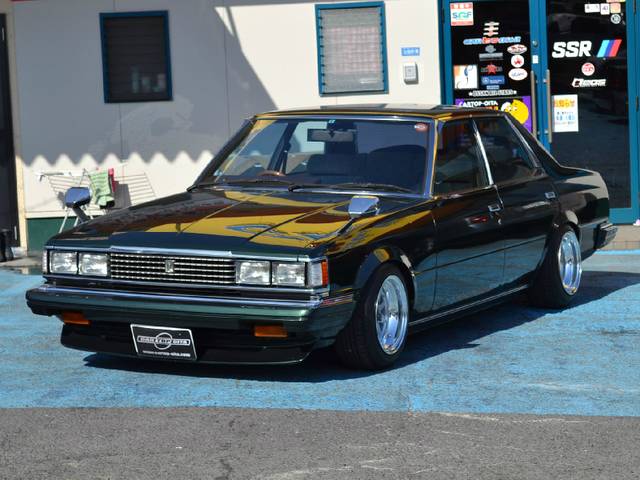 Love this in the metallic green. Really cool car..