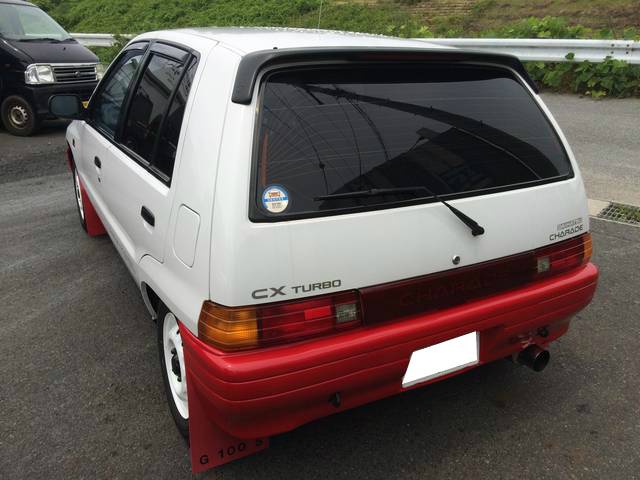 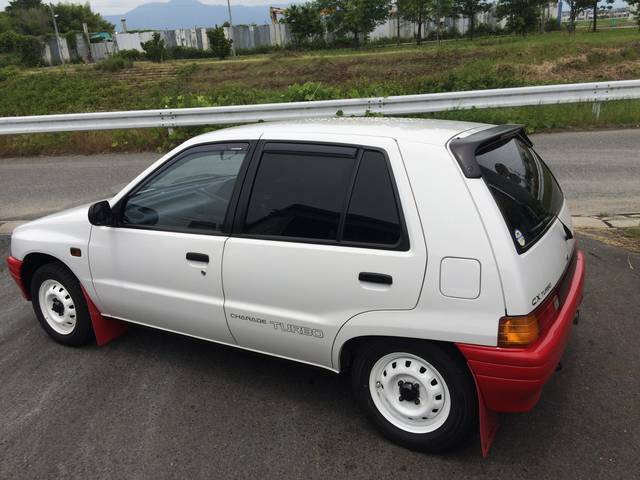 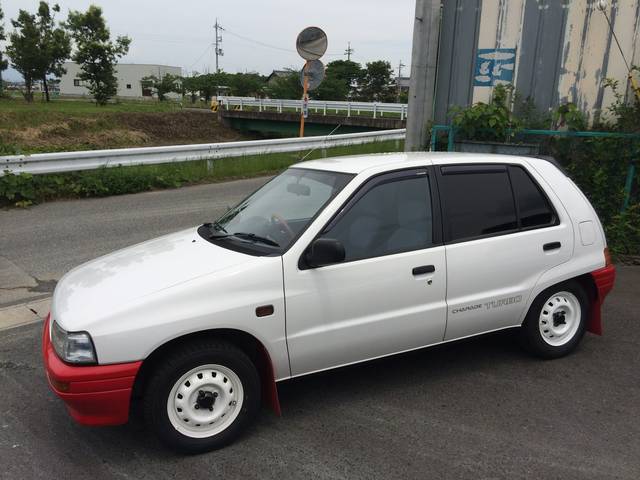 I embarrassingly don't know a whole lot about these, and am struggling to find out much info elsewhere.. so we're just going to have to look at the pictures.. and assume this is somewhat standard example of the badge. 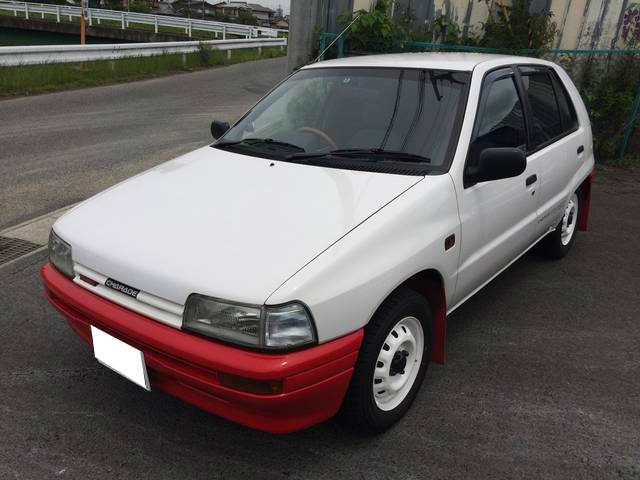 Its a 1987 G100S Daihatsu Charade CX Turbo - first year for the third generation of Daihatsu's Charade; and this particular spec being a turbo version of the more basic CX variant.. 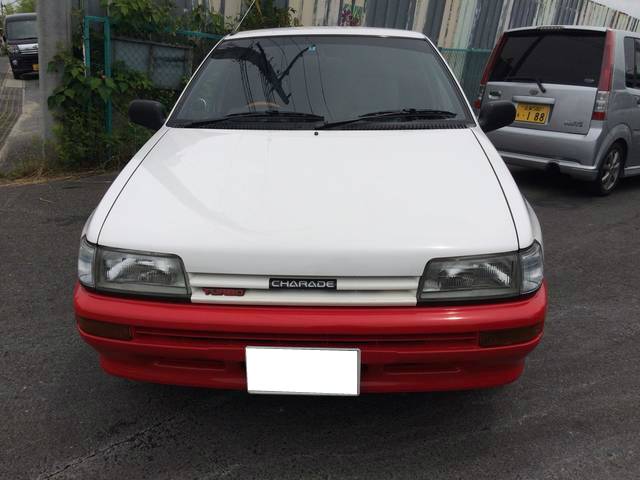 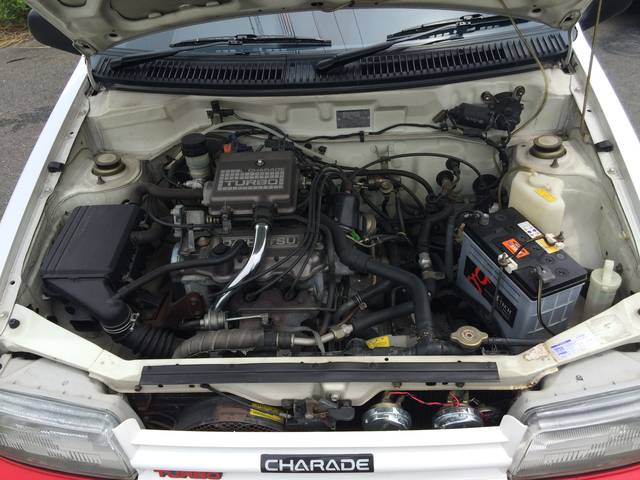 ... fitted with a single-cam, 2valve, carbed version of the CB 1.0 3cylinder.
The higher-spec turbo models - the GTti/GTxx - had a twin-cam 4valve per cyl head, EFI, and intercooled Turbo setup, on a lower comp version of the same 993cc base. 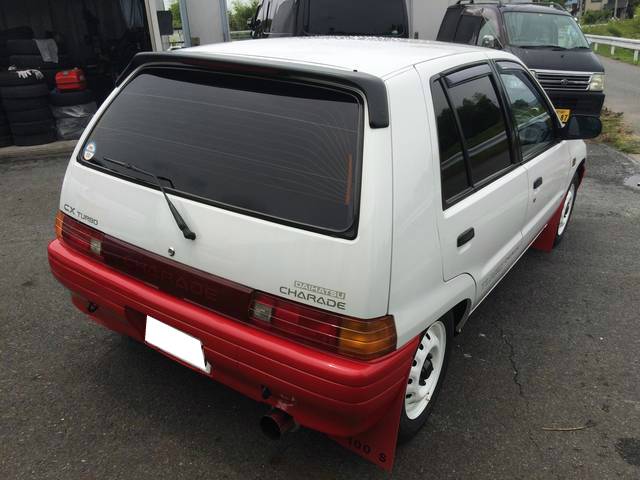 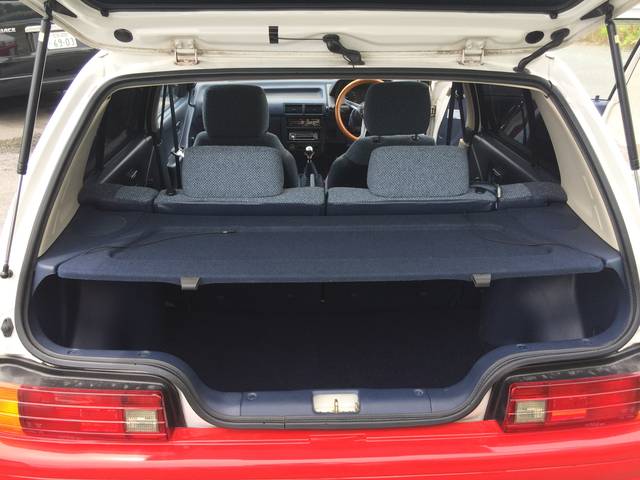 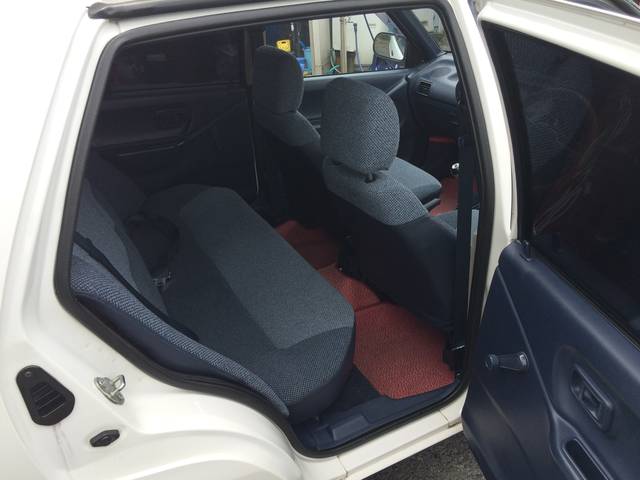 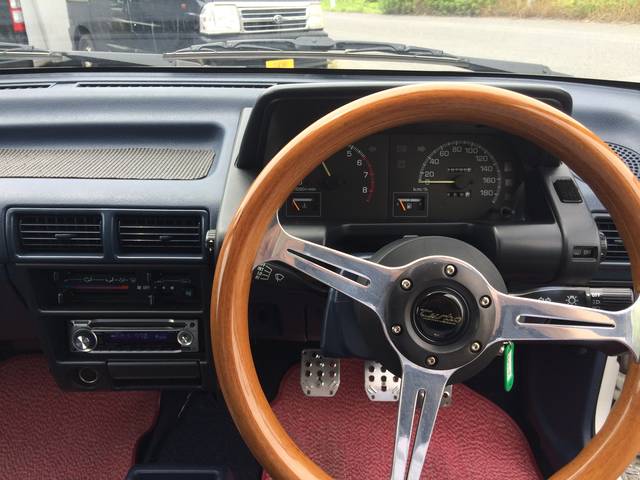 Other than the wheel (/pedals/audio..), this thing really does appear to be something that could have been built as-is. The steel wheels, lack of aero, and manual windows seem to run true for the CX part of the name, while the 5spd and full instrumentation go along with the Turbo part. The fact the 3pot turbo is much lower in spec than the fuel-injected, twin-cam version fitted to higher models makes the 'CX Turbo' naming just make sense.
The decals seem correct, and I could be fooled in thinking that other than the coloured bars and mudflaps, this thing is otherwise standard. I sure hope it is anyway, because it gives me serious stripper-spec race-version vibes (like an Evo RS, or WRX RA..).

I really need to look into these further.

Regardless; this example is in great shape, and travelled less than 70k in the last 28years. The turbo three cylinder might only put out a little over 50kw, but despite the 5dr body, this thing weighs well under 800kg. I'm sure its a blast to punt around in.. and all for a couple hundred thousand yen.