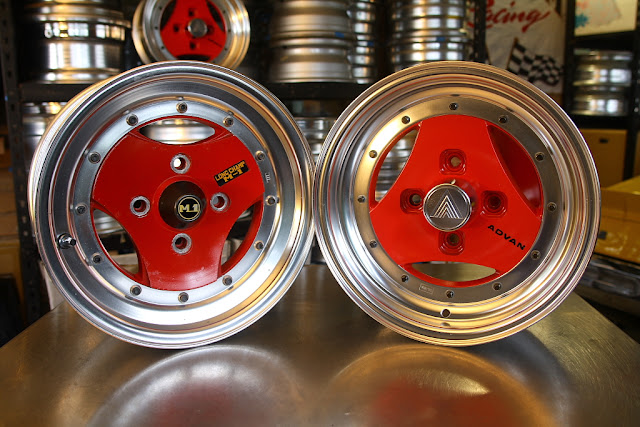 The Speedstar-made, Longchamp M-1 on the left, with its red three-spoke cousin on the right - the Advan A3A. 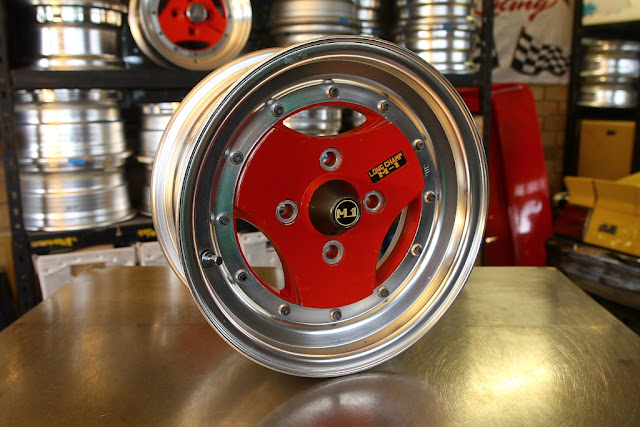 Much rarer than the much more common Advan A3A, and as a result would probably be seen as likely owing a little to Yokohama's version..
..Yet this is not the case.
The Longchamp M-1 was actually introduced before the A3A; both hitting the market in 1979, mere months apart.

I mightn't find it as pretty as the A3A (..that really is one of my absolute favourites..), but it has rarity going for it - the M-1 is as rare as the A3A is common! 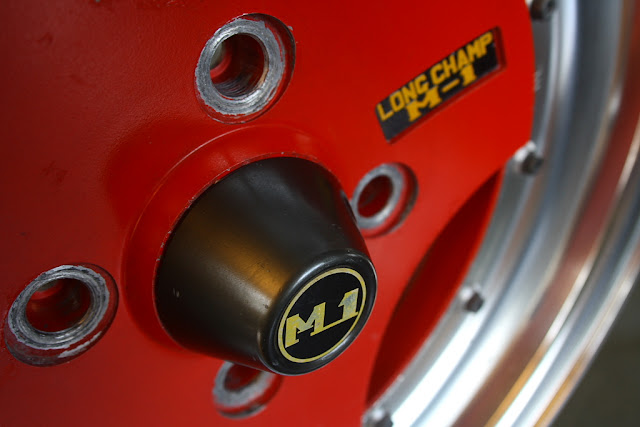 Familiar SSR Cap, being the smaller of this cap style's sizes. 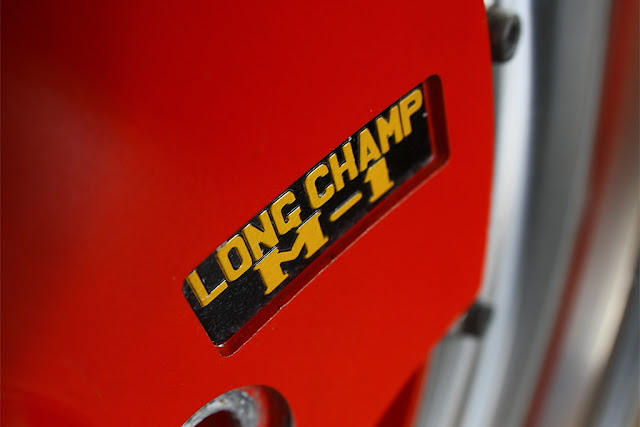 Recessed badging, all neatly painted up.. 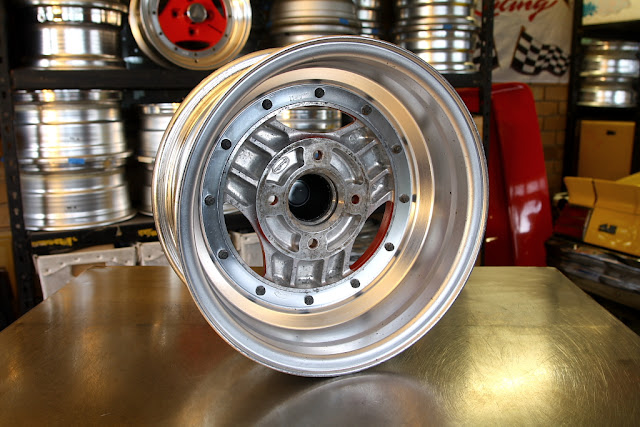 Similar strengthening ribs to the A3A's linked above. As mentioned, the sandwich style mounting has the centre welded between the two wheel halves. 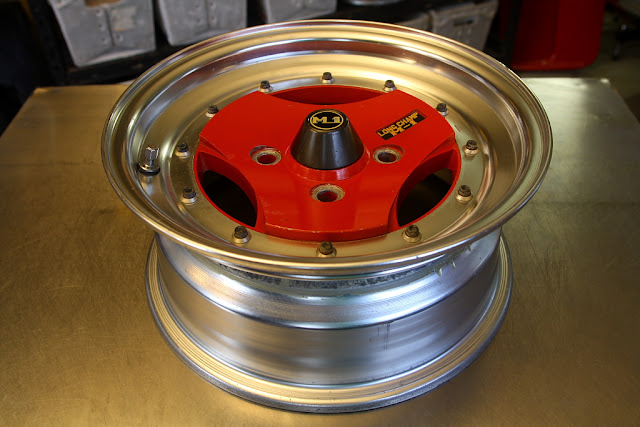 This shot shows the curvature of the face, with the outward ends of the spokes raising above the lip flange area.. 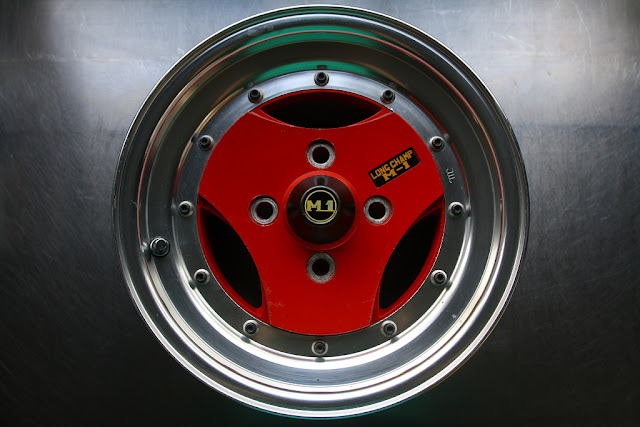 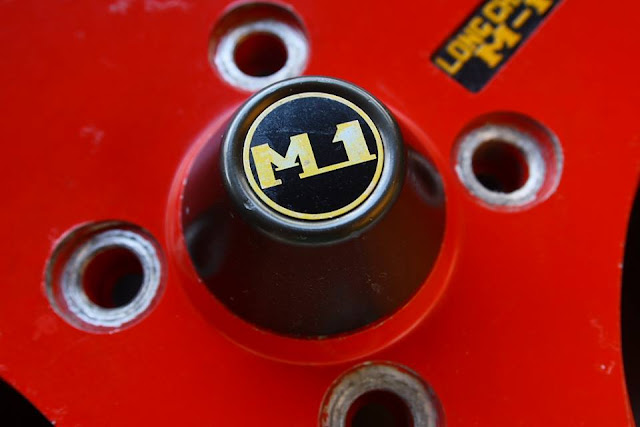 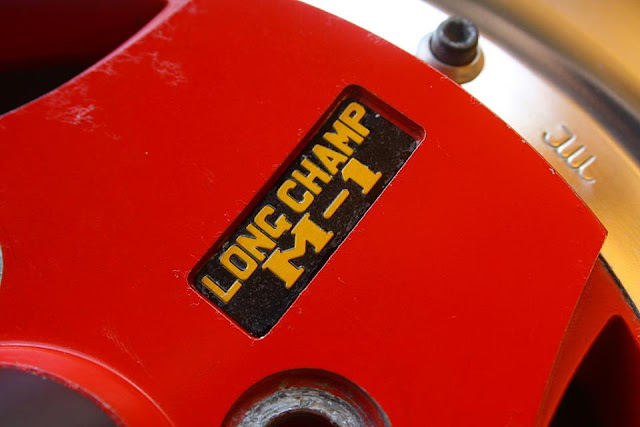 Couple more shots of the same.. 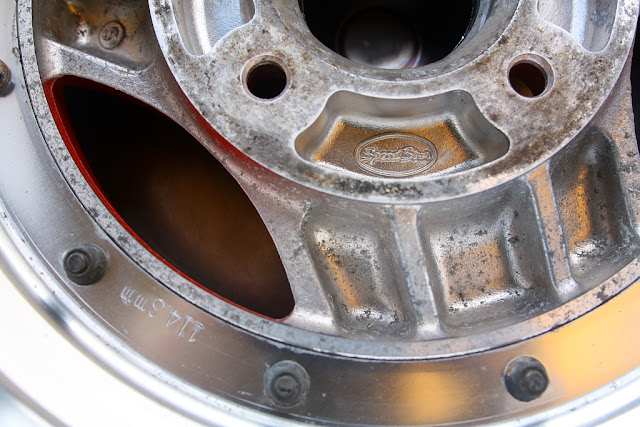 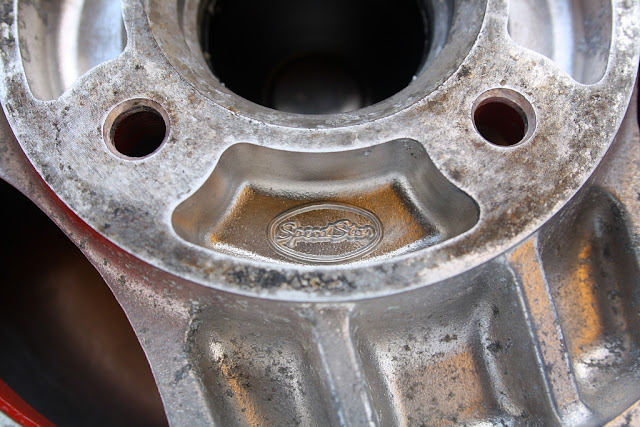 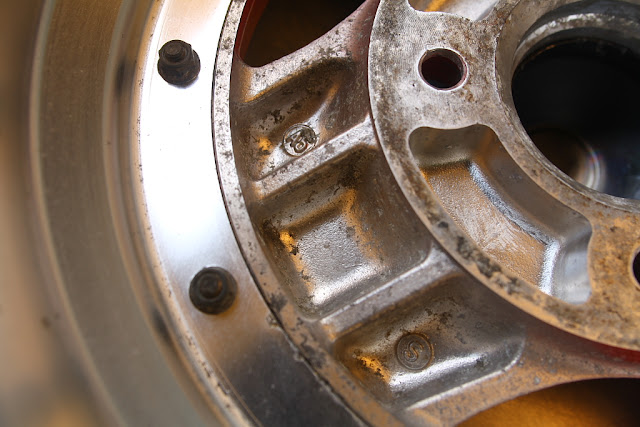 ..and a couple shots of the rear, showing the SpeedStar markings on both the face and barrel.


Something a little different from the usual MK-series or Colin-branded SpeedStar wheels!