Jumping into a little more detail on some Instagramery from a few weeks back; the fiery twin-carb '81 KA Laser Sport.. 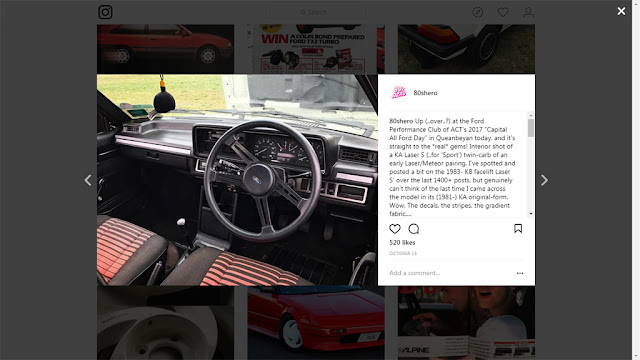 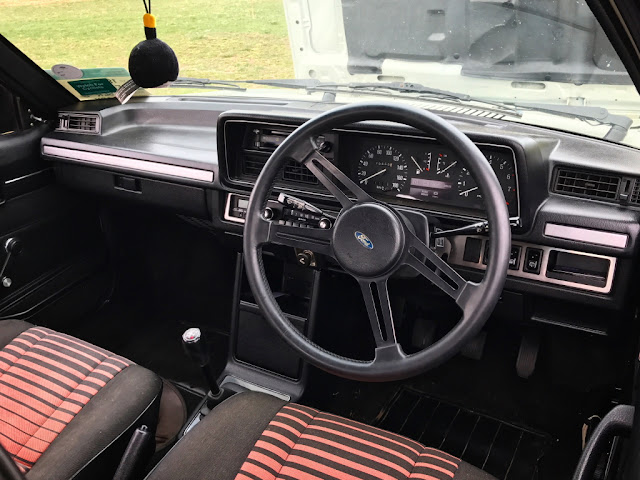 "Up (..over..?) at the Ford Performance Club of ACT's 2017 "Capital All Ford Day" in Queanbeyan today, and it's straight to the *real* gems! Interior shot of a KA Laser S (..for 'Sport') twin-carb of an early Laser/Meteor pairing. I've spotted and posted a bit on the 1983- KB facelift Laser S' over the last 1400+ posts, but genuinely can't think of the last time I came across the model in its (1981-) KA original-form. Wow. The decals, the stripes, the gradient fabric.... #capitalallfordday #fordperformanceclubofact #fordaustralia #ford #fordlaser #laser #lasers #lasersport #twincarb #kalaser #kblaser #mazda #mazdafamilia #mazda323 #japanesenostalgiccar #1981" 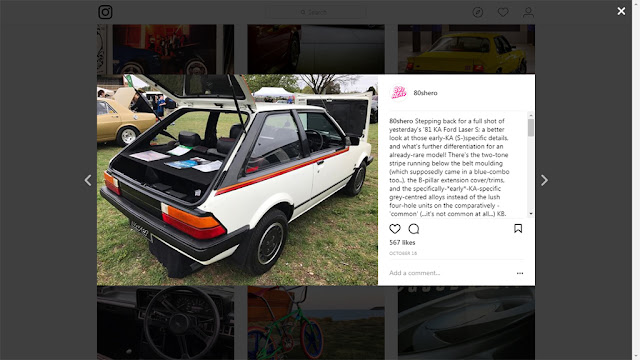 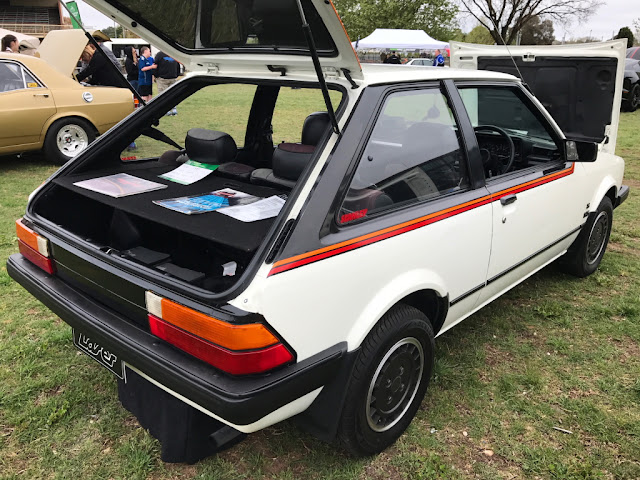 "Stepping back for a full shot of yesterday's '81 KA Ford Laser S; a better look at those early-KA (S-)specific details, and what's further differentiation for an already-rare model! There's the two-tone stripe running below the belt moulding (which supposedly came in a blue-combo too..), the B-pillar extension cover/trims, and the specifically-*early*-KA-specific grey-centred alloys instead of the lush four-hole units on the comparatively -'common' (...it's not common at all...) KB. Interesting tidbits, but not likely going to come up at your next pub trivia night... #icarethough #lettuce #capitalallfordday #fordperformanceclubofact #fordaustralia #ford #fordlaser #laser #lasers #lasersport #twincarb #kalaser #kblaser #mazda #mazdafamilia #mazda323 #japanesenostalgiccar #1981" 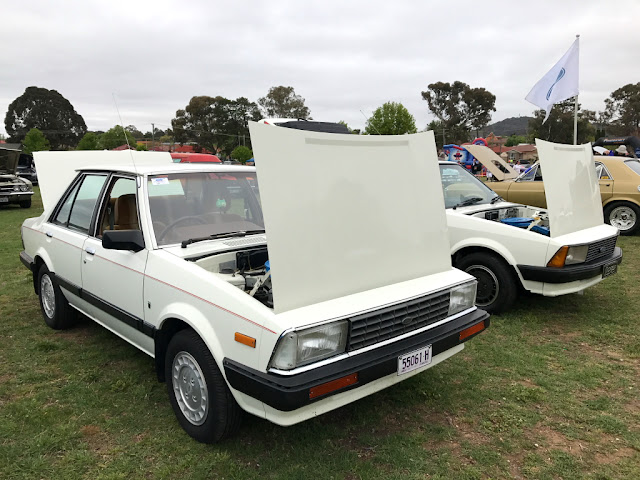 *the stench of anticipation in the air*
..yep, the aforementioned Laser/Meteor pairing.
Spotted through the sea of Falcons as I arrived at the show. What a pleasant surprise. I've got nothing but time for those who do their bit for automotive variety. Someone has to appreciate these things, and hell.. it's may just have to be them! 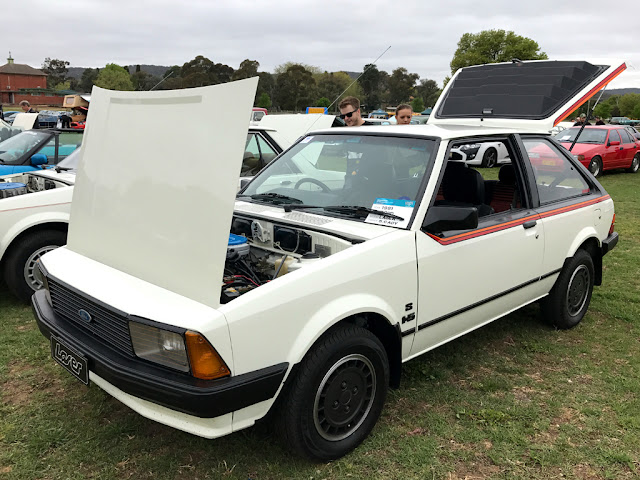 I managed to have a good chat to the owner of the Laser too. It certainly wasn't surprising to find that he was a fairly hardcore enthusiast of these first-generation cars, had a small fleet of the things (again "if not me, who?! / I can't, not!") and very knowledgeable... but was a pleasant guy to boot! What old front-driving economy car enthusiast isn't going to be pleasant though eh?
What was more unusual was this was not some low-kay creampuff chanced upon from a careful original owner (so often the case with the more inexpensive/obscure things due to 'unjustifiable' cost of repairs/restoration), but one loved back to looking as good as it does as financially-gently as possible. Nothing but respect for this, even when it does sometimes involve sacrificing others similar to get the best parts possible. That's just the way it has to be. 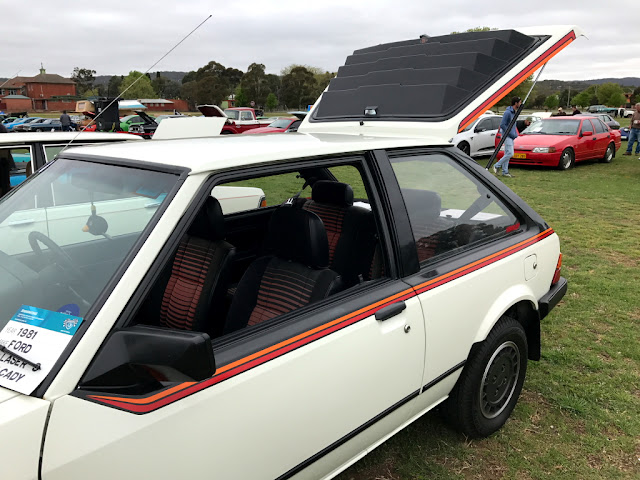 A shot showing many of the early-KA Sport-specific details: those front and rear seats (rear being split-fold with headrests), the B-pillar-trims, the charcoal-centered alloys, and the blackouts edged with dual-colour stripes running along the belt line and up the back of the C-pillar. Supposedly there was another colour pairing available.. 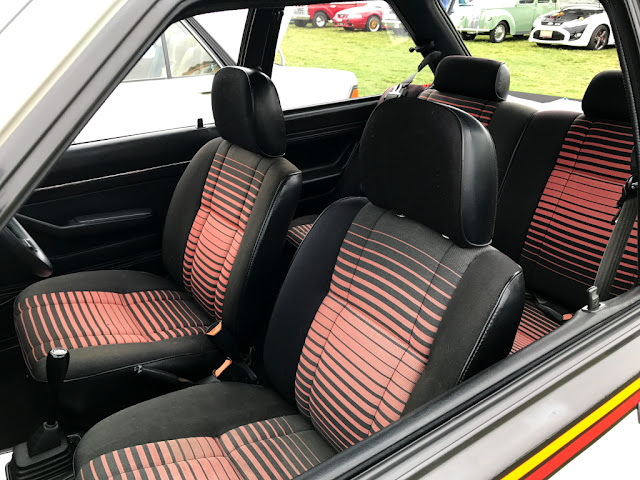 Love that gradient-red patterned black interior. Along with the 4spoke wheel and silver highlights (shown in the shot at the top of the page), it makes for a great looking place to be regardless of what car it's in! 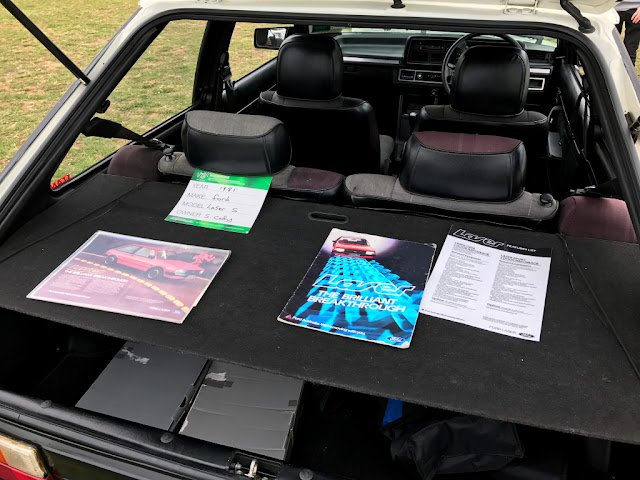 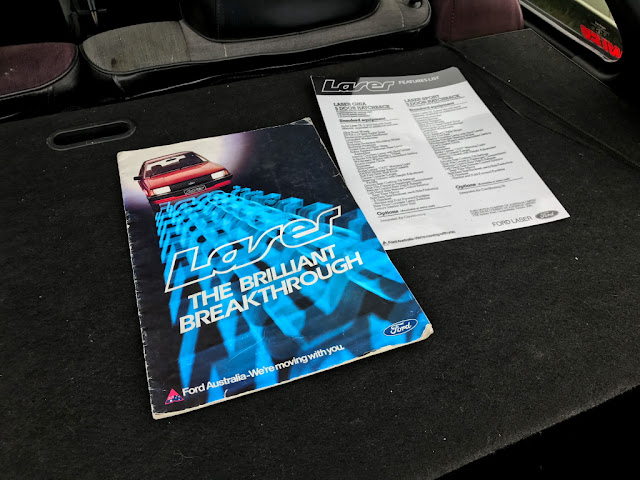 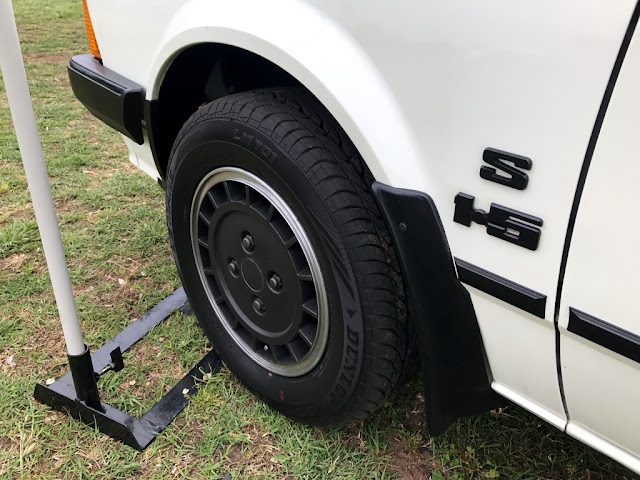 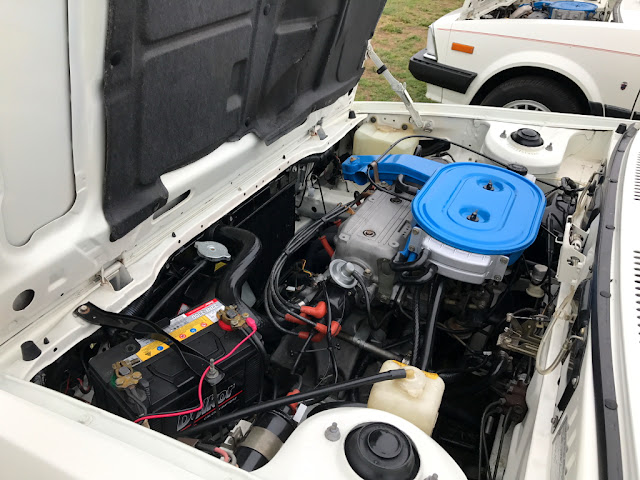 I always found the front-hinged bonnet/hood a curiously stylish detail on these.. 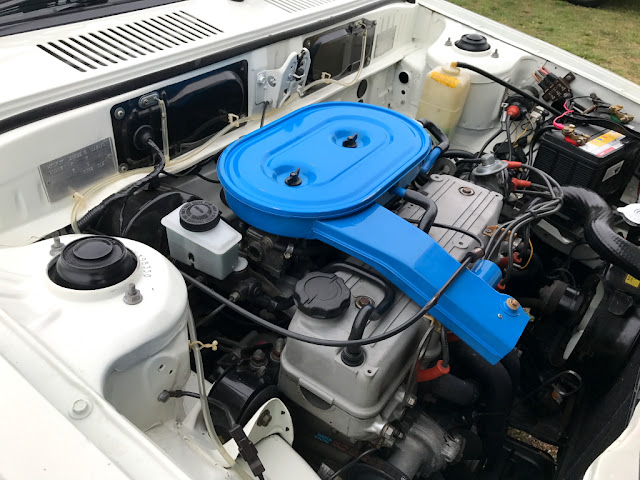 All otherwise so tidy in here.. 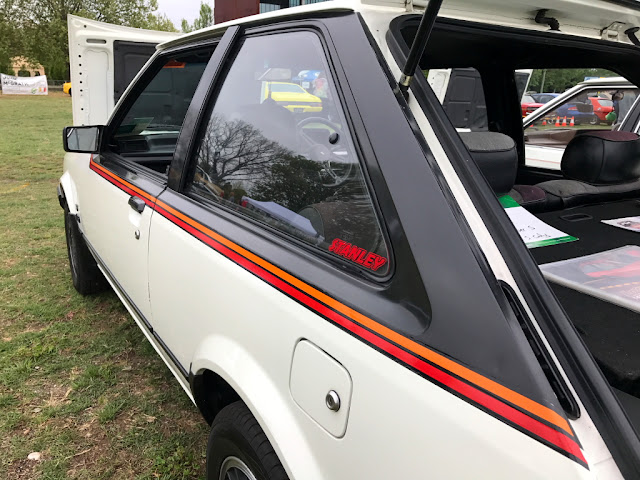 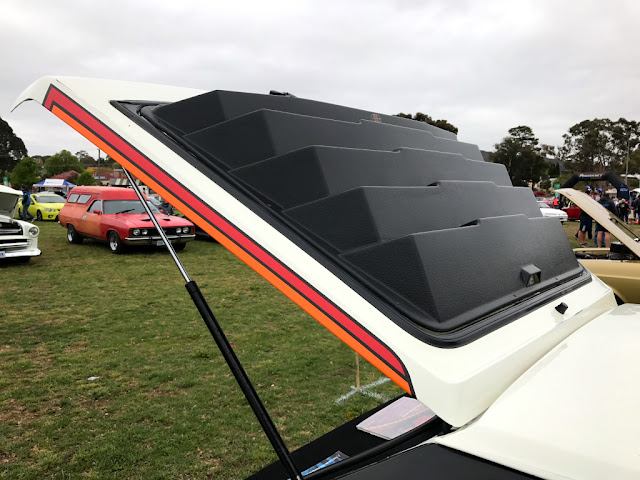 Some detail shots of that "Bold Beltline/C Pillar Stripe"
The rear louvre is a period-correct accessory that just happens too look additionally fantastic here alongside those glasshouse blackouts. I'm sure I've mentioned it before, but it's a damn shame these are near impossible to find/remove undamaged from the wreckers. Not as though they're worth anything to buy, but.. you know.. could be useful to have..! 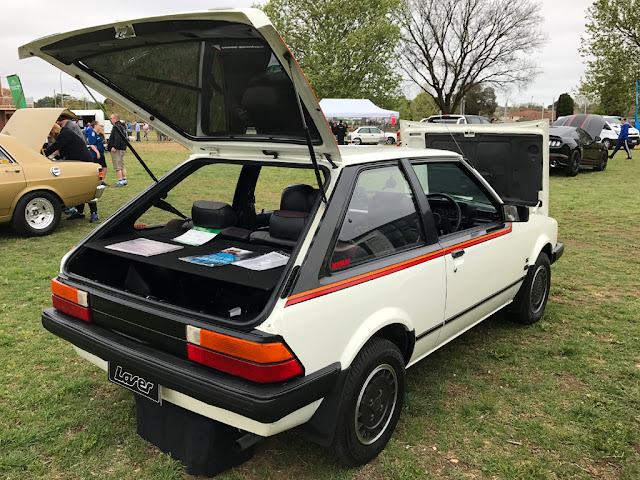 ..one more exterior shot, and we're done. A great example of a now painfully-rare model. Properly got a buzz out of seeing this at the show, and hopefully other Laser/323/Familia enthusiasts get a kick out of seeing these pics!