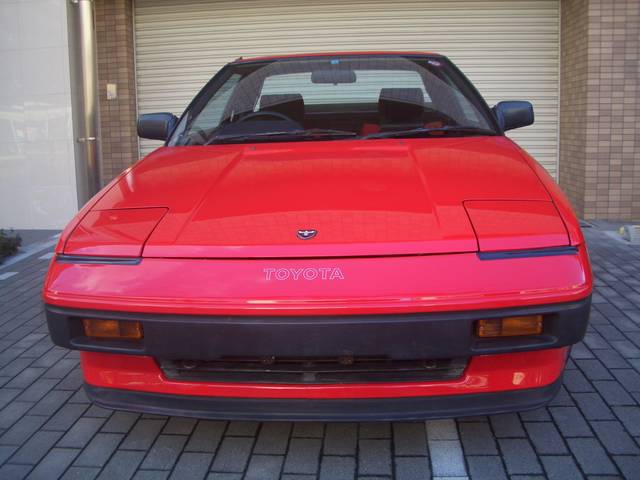 Yes, another one.
Another nice, original, 29-year-old Toyota. Amazingly this first-generation (MK1), first production year, 1984 AW11 Toyota MR2 G-Limited, has made it through its whole road-going life as Toyota built it.
Interestingly rare to see in Red too. Not as many red MR2's in Japan as the rest of the world.. 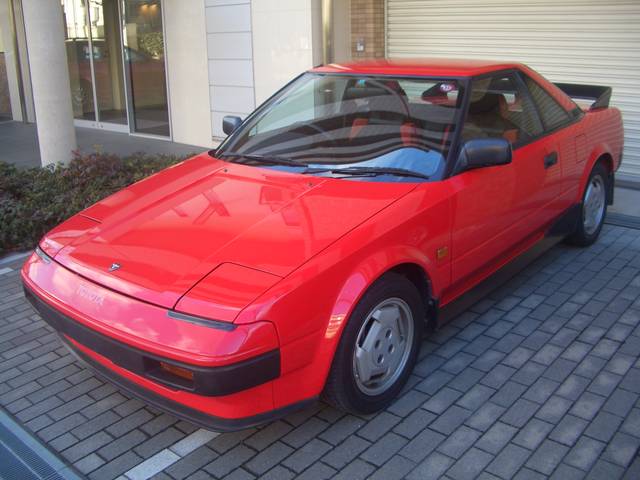 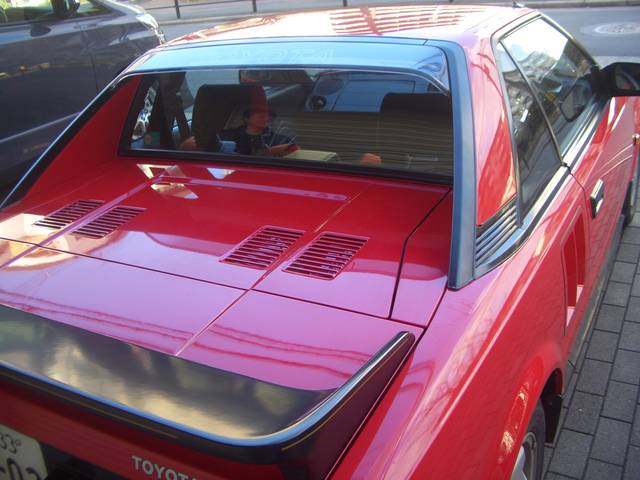 Being an '84, the extra aero parts remained in black. I always reckoned it looked good against the solid block of body-colour. 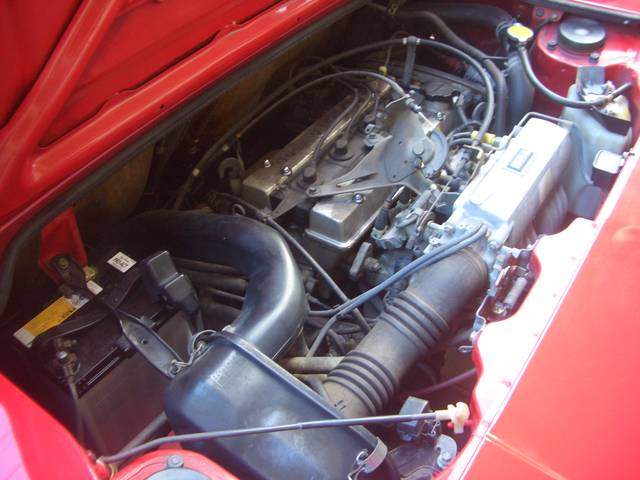 Under the engine-cover is the first generation of the twin-cam 4A-GE. The blue-and-black-top, 3rib, bigport variation.
That elaborate-looking intake was replaced with an even more ridiculous one in 1986. '86-'89 cars had it loop around behind the tail-lights, right around to the intake behind the drivers (right) door! 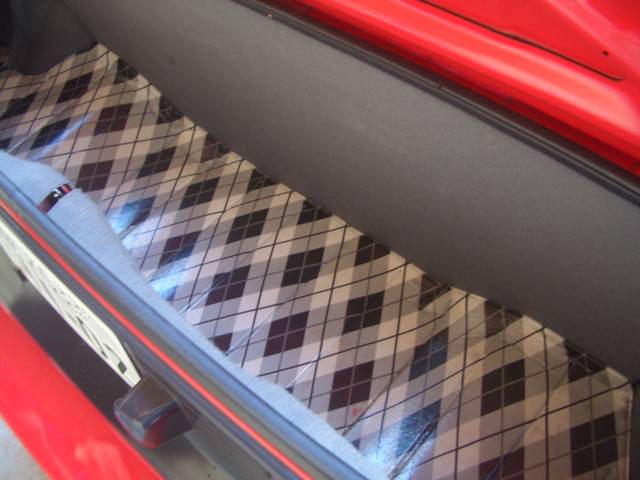 The relatively usable boot/trunk, with the accessory boot-mat in an awesome monochrome tartan.
(The intake piping I mentioned above would run along the outer end of the boot, behind the paneling in the lower left of this photo..) 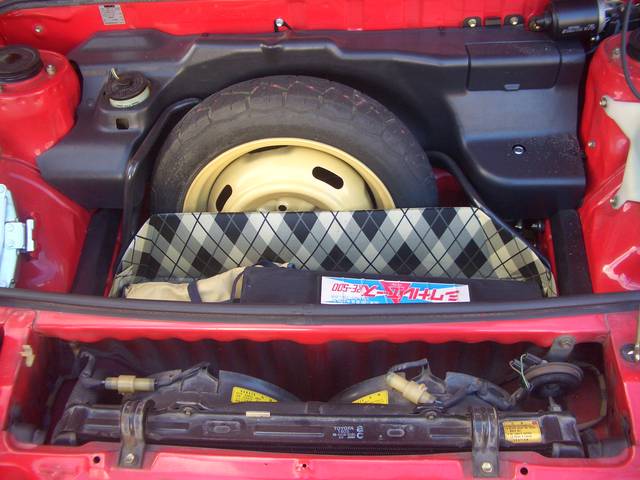 At the other end of the car, we have the frunk (the front trunk!).
All original under here too, complete with the matching (accessory) storage box.  The factory tool kit is in the beige bag.
The area above the radiator remained open (as in the picture above) until the 1986 update; at which point in got a full coverage plastic panel. I'm too used to it with the panel there.. this just looks like its missing!

Interestingly, also being an early hardtop car means it hasn't got the front strut tower bar. 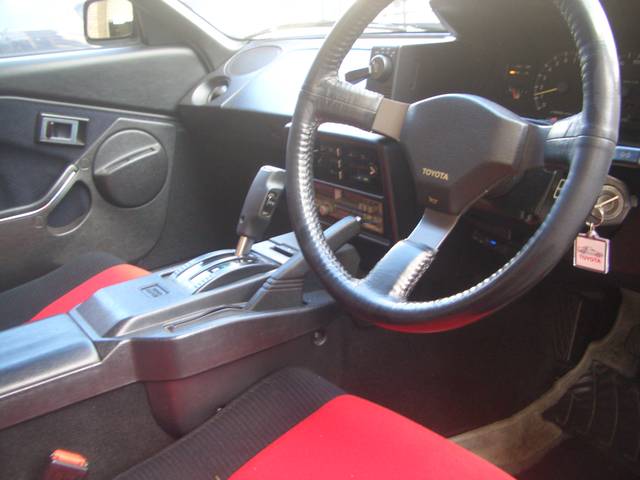 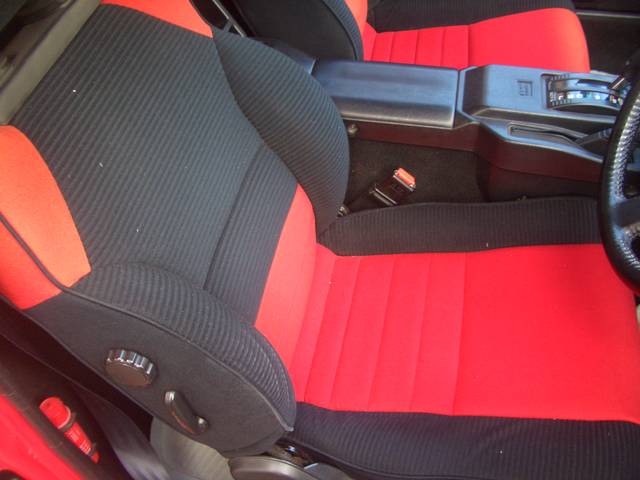 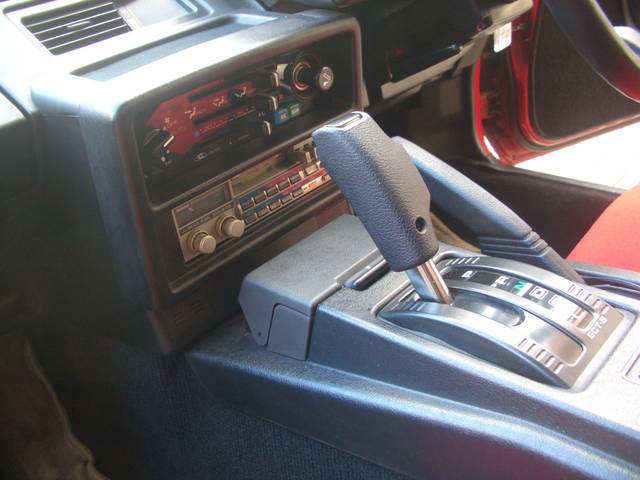 Matching red interior..
On top of being a G-Limited, the only visible option here seems to be the 4speed auto.
Not overly flattering photos, but its genuinely tidy in there. Very nice an original.
I like the Japanese flare behind the drivers seat there too..!


Great example anyway. honestly a bit of a shame about the auto - and despite taking away some of the originality and rarity - probably something I'd change in this particular car.