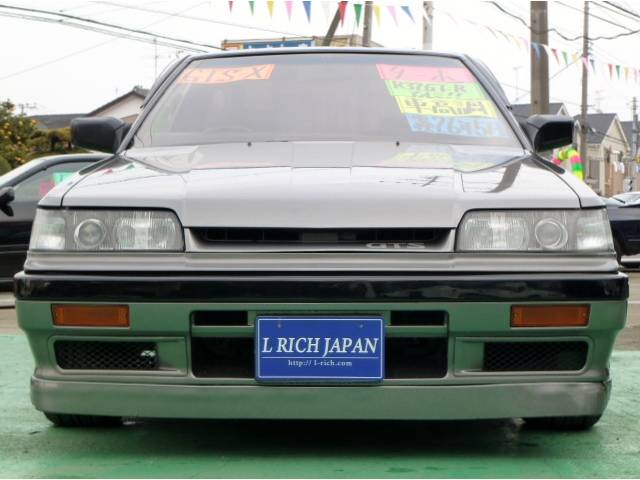 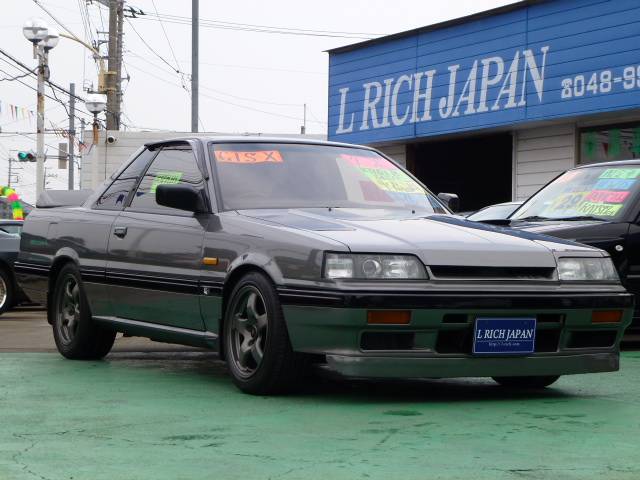 which, looks mighty fine sitting on a set of later skyline wheels - off a BNR32 (R32 GTR) to be exact. 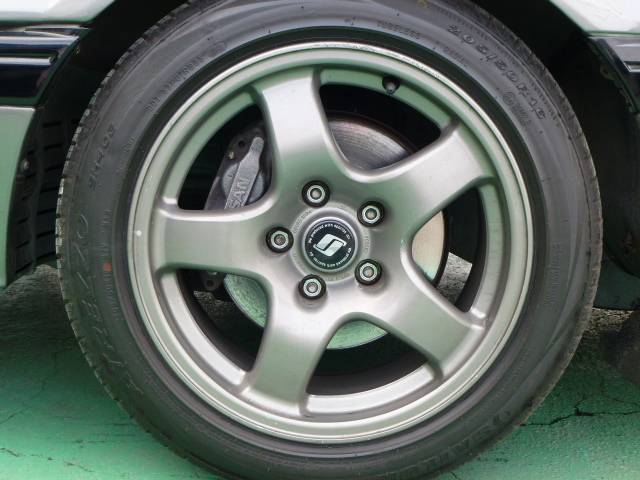 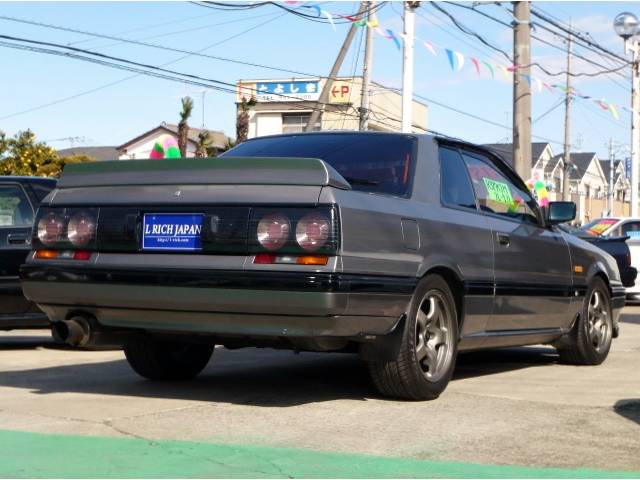 Why dont I see them on these wheels more often? it looks great.
Well, its not as easy as just the wheels...
The R31 originally has a 4x114.3 stud pattern; one stud short of the R32(Turbo)-onwards Skylines. Not sure exactly whats required, but it looks like at least the whole front brake setup is from an R32.. 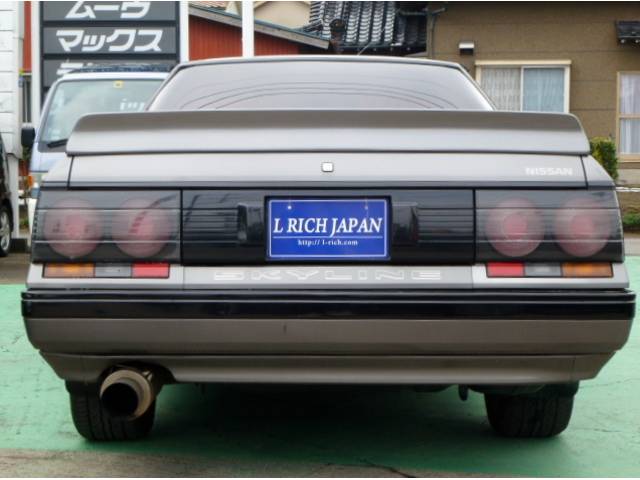 As for the car itself - an 1989 build makes it one of the very last of the R31.
Its a GTSX, but has been fitted with the GTSR front lip and spoiler. Not a change I'd make myself, but necessarily change it back. I like them both. 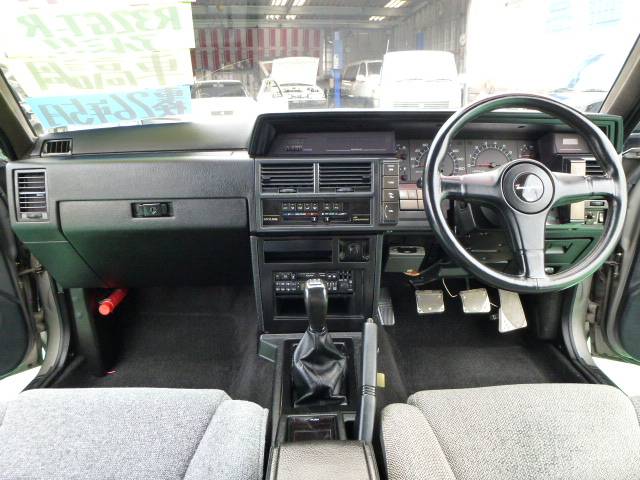 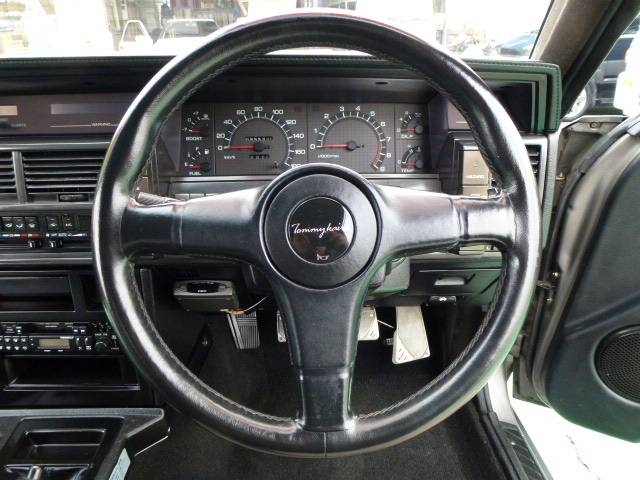 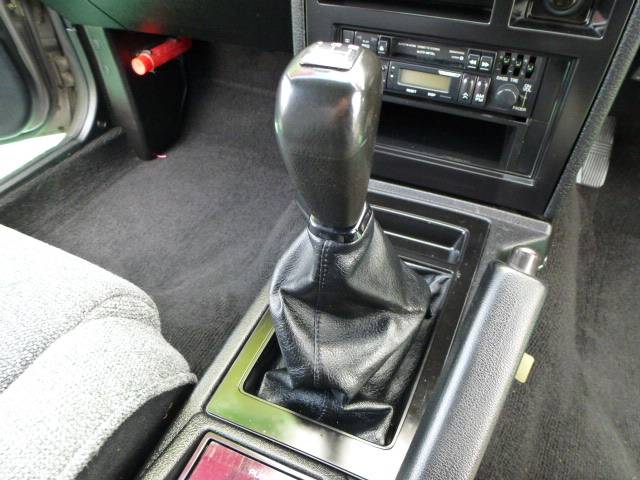 Other than some minor wear on the drivers seat, the interior is very neat. The TommyKaira wheel that's fitted looks great.
Love seeing the stock headunit in there too - I can easily look past the somewhat naff pedals! 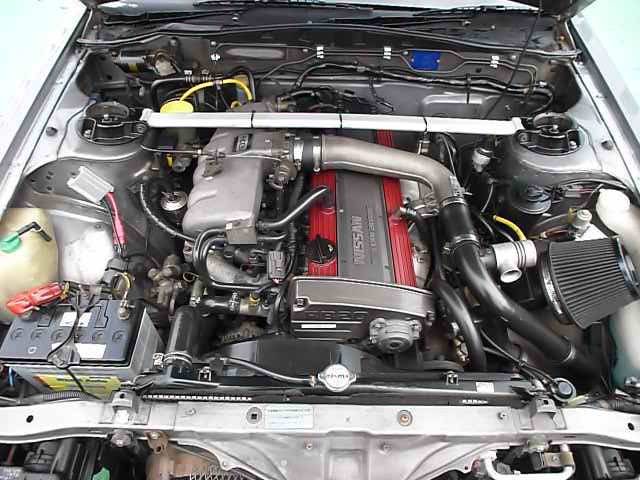 Super tidy.
The original 2litre, twincam, RB20DET six; appears to be stock with the exception of a generic-looking Pod filter and an externally venting BOV.