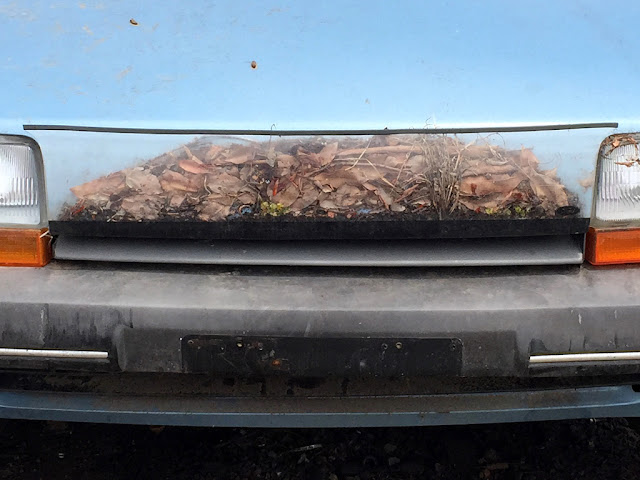 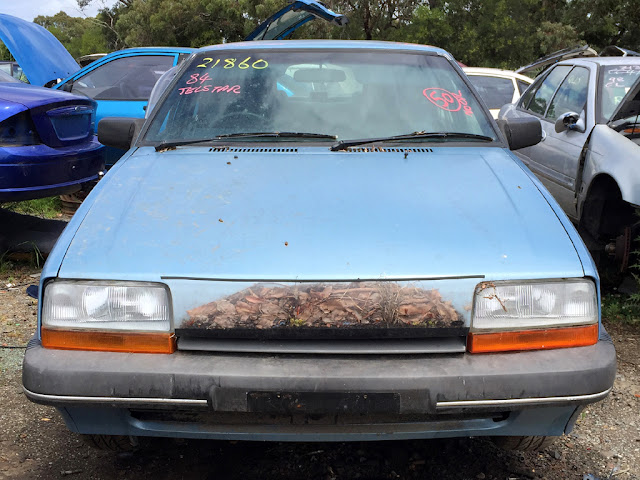 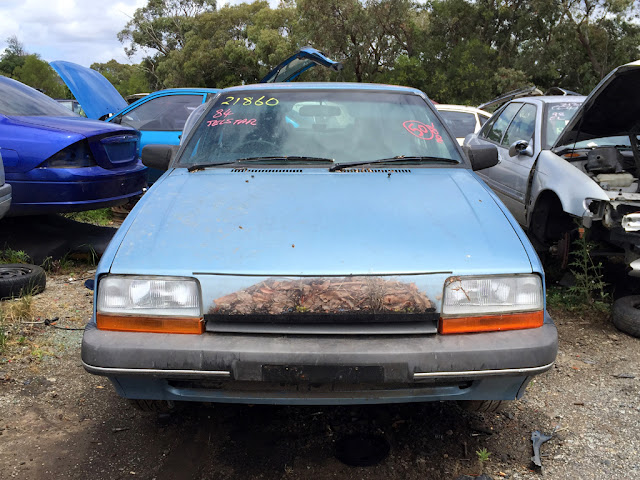 ...on a 1984 AR Ford Telstar TX5 at the wreckers a couple weekends ago.
Ironic when the bonnet protector is fitted to stop the nose getting stonechips, but likely does more damage as a rust trap.
Like dirty cloudy headlight-protectors.
Like a stone caught behind a car-bra.

Sort of sad that its far from uncommon to see accessory protector parts on cars at the wreckers; knowing that the best intentions were in mind up until the car ended up thrown away anyway..

In the world of most old cars though? Bonnet protectors.. headlight protectors.. car bra's.. floor mats, dash mats, seat covers - whatever - these are no longer items merely used to protect..!
Seat's ripped? seatcovers!
Hole in the carpet? Floormats!
Crack in the dash? ..well a dashmat will hide that!
Maybe so far as a bit of front end damage? ..a second-hand car-bra might just be enough to stall out some paintwork..! 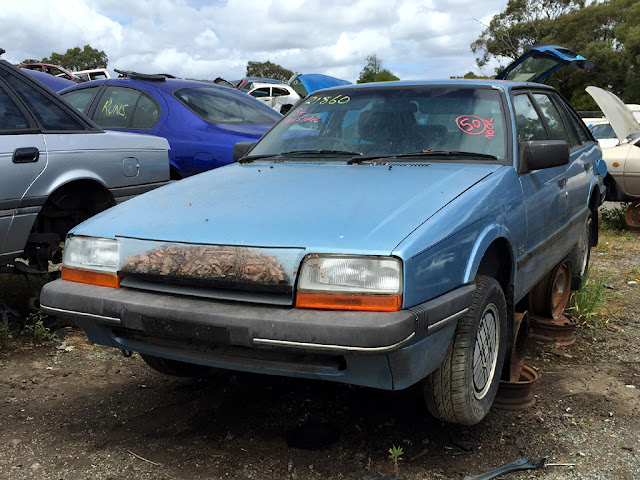 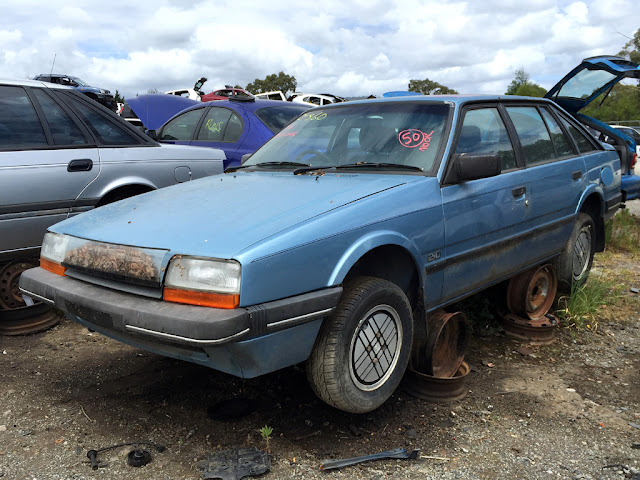 ..but back to the TX5.
Sports variant of the first generation Ford Telstar - and Ford's equivalent of Mazda's GC-chassis 626/Capella. Locally built, with production starting in 1983.. and the next generation arriving four years later. 1984 puts this as one of the pre-update 'AR' cars, with a facelift for the first genetation cars happening ~1985.
Power came from your choice of either a 2litre single-cam four cylinder.. or... the same 2litre single-cam four cylinder. Nope.. there was no choice here! It sent a fiery ~70kw/100hp to the front wheels through an automatic (like this car) or a 5speed manual. 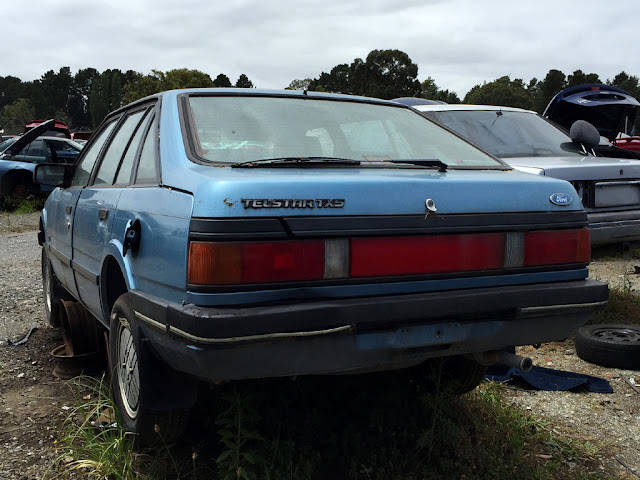 This particular car was a little banged up in places, but painfully original. It looked like it had been a nice car that sat under a tree for a long time in its later days.. before eventually getting dragged off to the wreckers. When even the later TX5 Turbo variants aren't worth a whole lot, things unfortunately don't fare too well for these. Old and valueless... they just get thrown away. 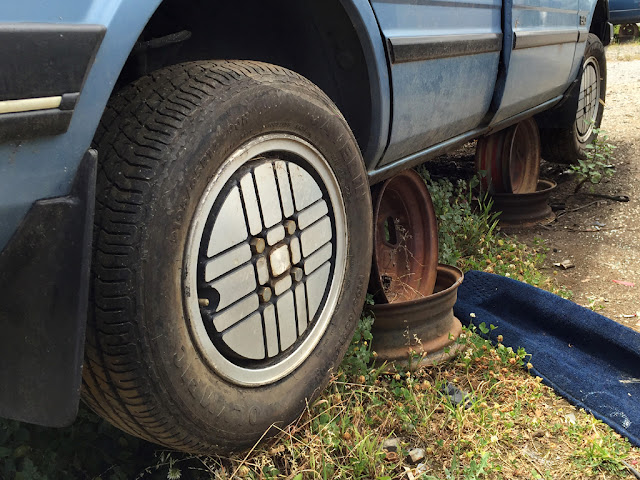 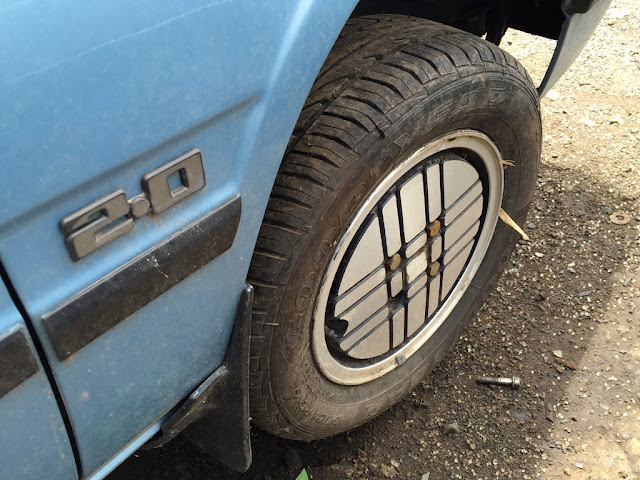 As I wrote a couple years ago on this post here, I love these damn wheels! For a factory wheel, there definitely up there as one of the most unique and interesting. Not just another mesh or spoked variation of the same same.. no, this 14" one-piece alloy is a hot-cross-bun-esque chunk of amazing..
..with square centre-caps.. 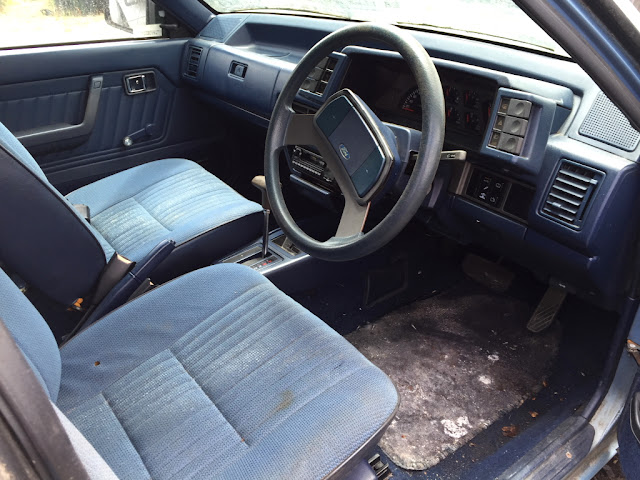 Inside is one of the nicer areas on these cars, and as I've said before about this era of Madza-ford; materials, build quality, and subsequent survival-rate is reasonably high. I'm not sure the steel is much to write home about (..they rust..) but the plastics and fabrics are fantastic. 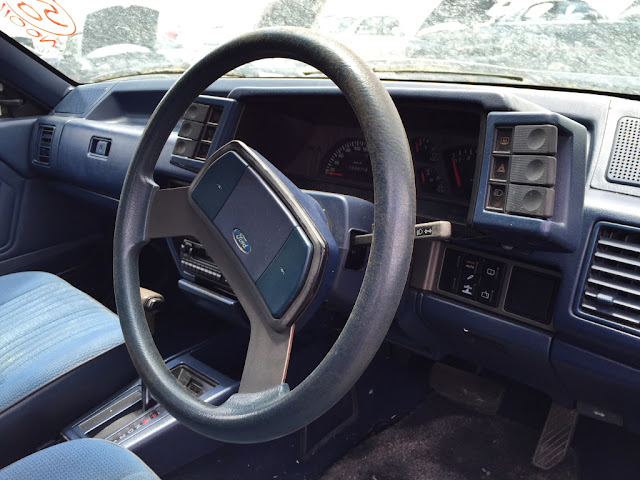 Metal-spoked steering wheel with LARGE dual horn buttons, and there's a symmetrical paddle-like set of switches at your fingertips. 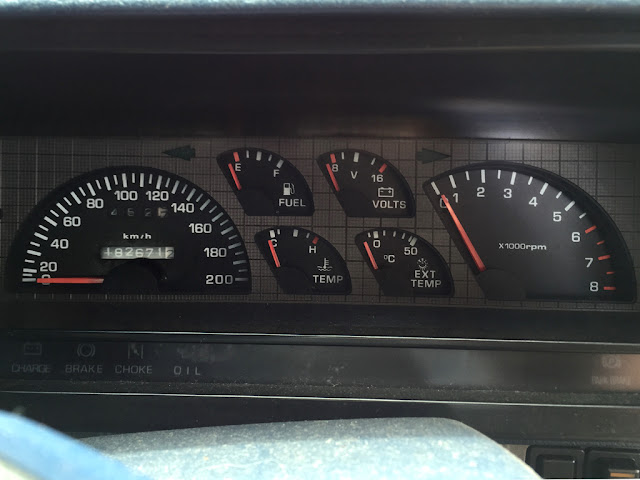 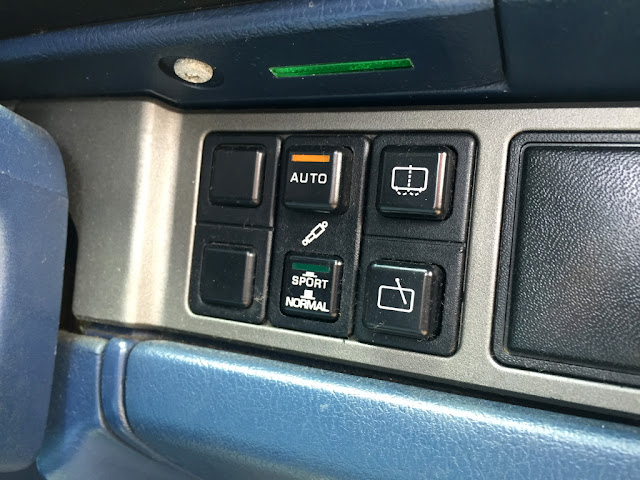 ..and last pic for now, of the factory adjustable shock switches.
Sad to see it was sport-to-the-end (!!), regardless of whether or not that may have just been because the shocks were going out..!


Done.
Another classic that doesn't get enough love.