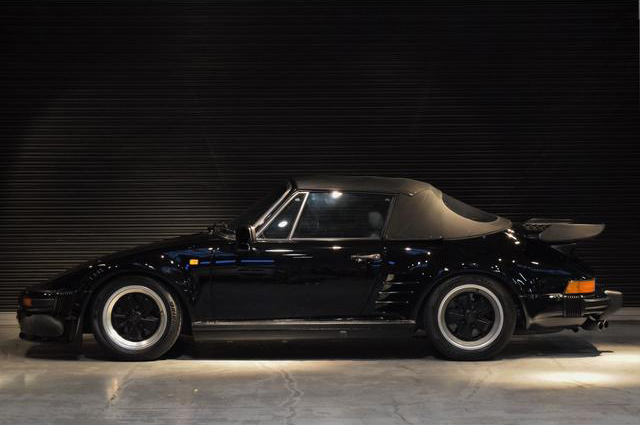 ..I may need to rob a bank for this next one. 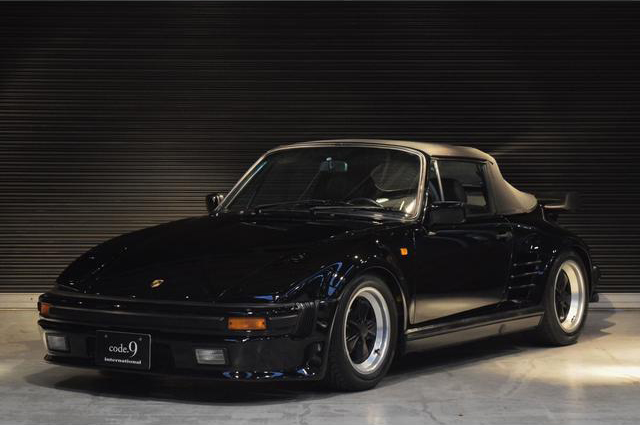 To get the most tragic part out of the way first: there is absolutely no way I'll ever be able to afford something like this. Too bad, so sad.. that's what I get for not spending my time in a (financially)constructive way...!
Currently for sale at Code.9 International, a Porsche dealer just outside of Tokyo.. for near-enough-makes-no-difference 22million yen. Which for additionally dramatic effect thanks to todays not particularly flash Australian dollar, is the equivalent of $260,000 to me. Ouch. 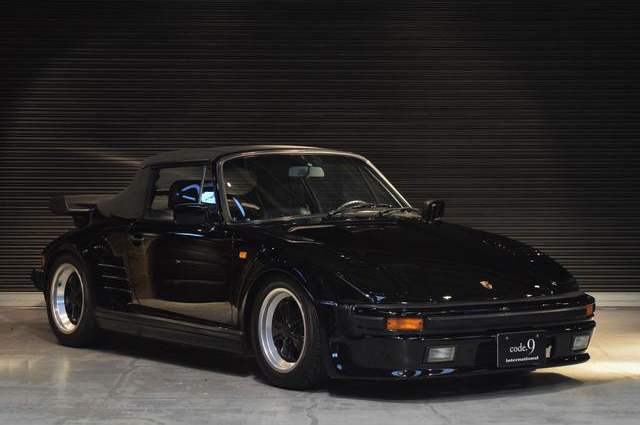 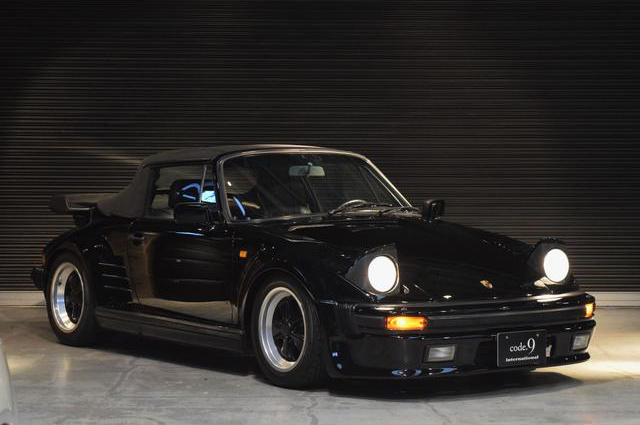 1988 930 Porsche 911 Turbo Cabriolet Flatnose.
Triple Black.
Absolutely top-of-the-line as far as factory efforts went. Its a turbo, its a cab... and then has the Porsche Sonderwunsch-programm (special order program) flatnose bodywork? Deluxe.
Aerodynamic in the daytime, while front-mounted air-brakes at night... you lose the signature Porsche front.. whatever, I dont care. It's different, its iconic of an era, and it looks great!
As along with those sleek front fenders and pop-up light units; there's the lower and side skirting, and huge side strakes before the rear wheels. From any angle other than looking directly at the rear, you could tell its something special. 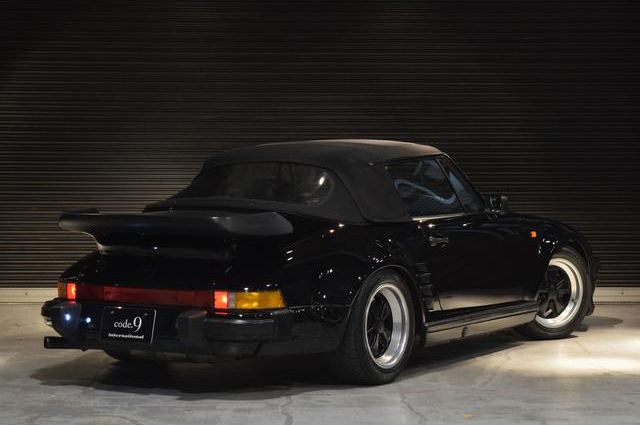 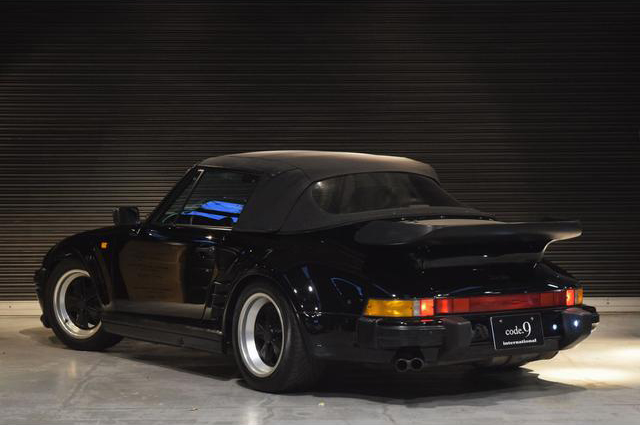 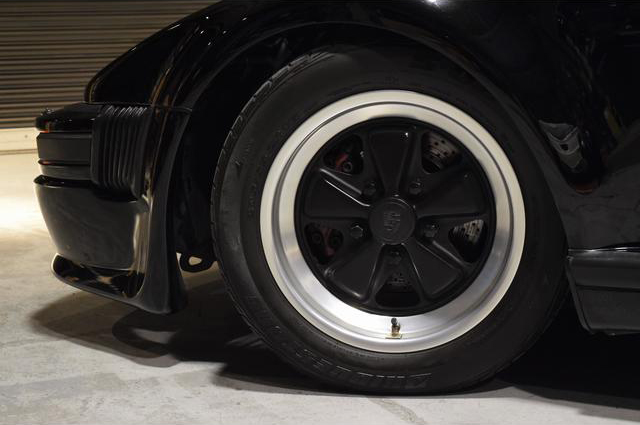 The wide Fuchs', with matching black centres of course... 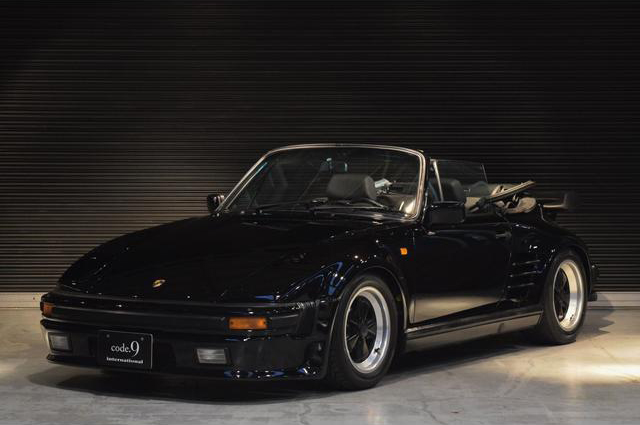 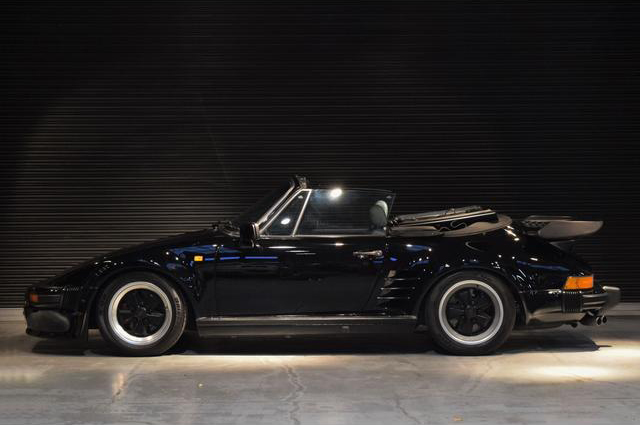 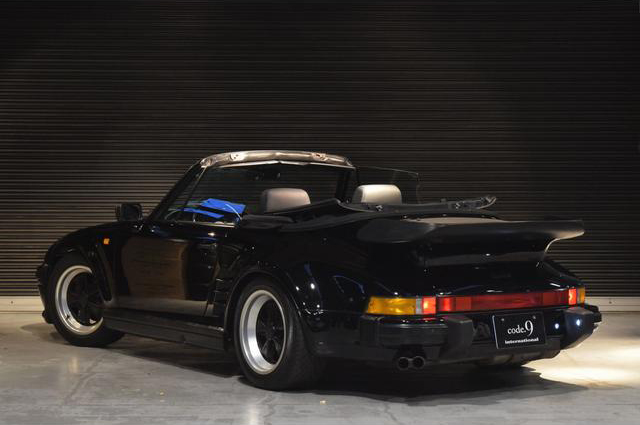 Top dropped.
At this point its worth mentioning how good this looks in the dealers spotlight-lit photoset. Cant help but imagine cruising through a city on a nice night.. it just looks so sinister.. 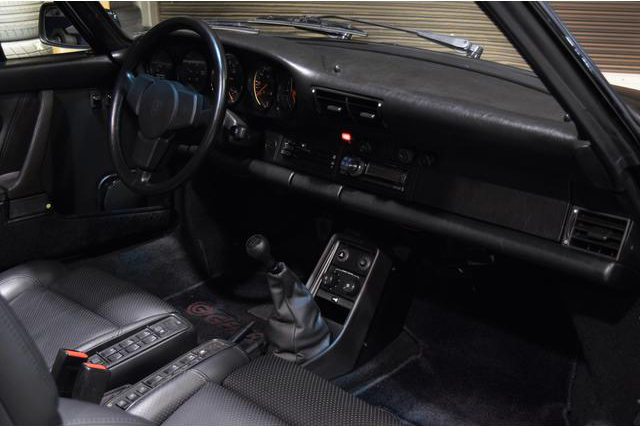 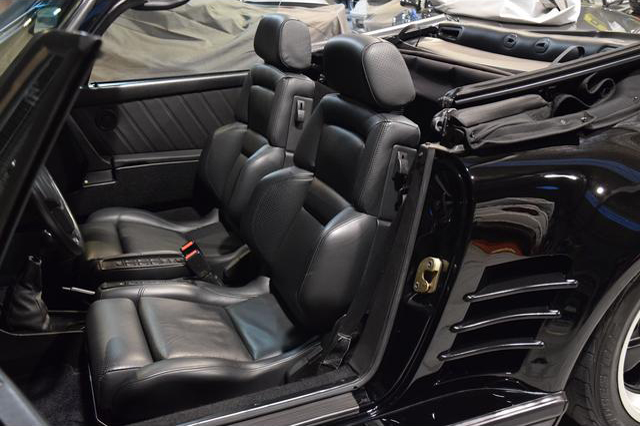 Inside there's a perfectly suited and equally-excessive, power Recaros. I'm going to have to have a proper look into what these are actually called (I'd love some input - anyone??) as I've cautiously called them Idealseat-C's in the past (meaning they're just Recaro 'C') but seem to be likely known as the CSE? Regardless, these were on the cover of the 1988 brochure I've seen.. and were no doubt the best Recaro had to offer when this Porsche was new. 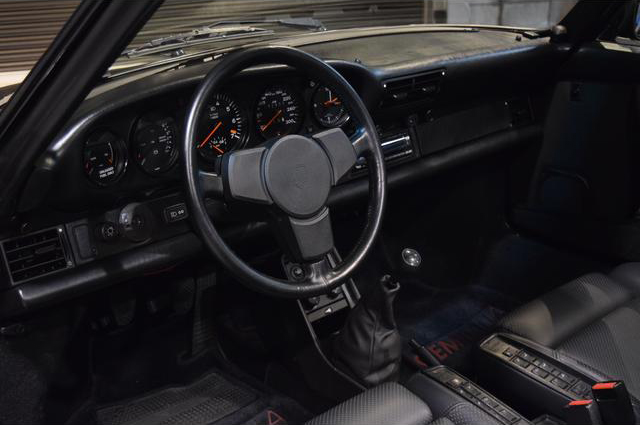 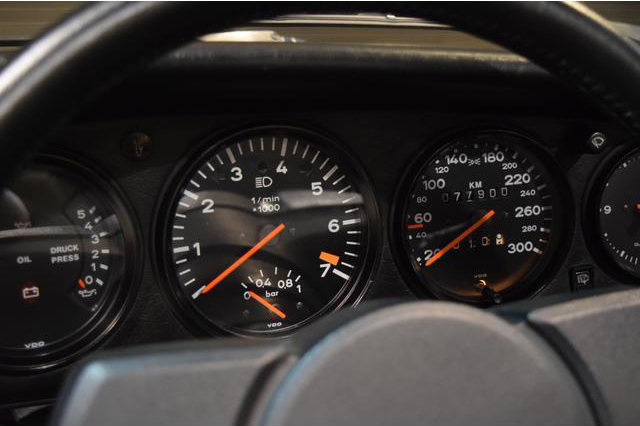 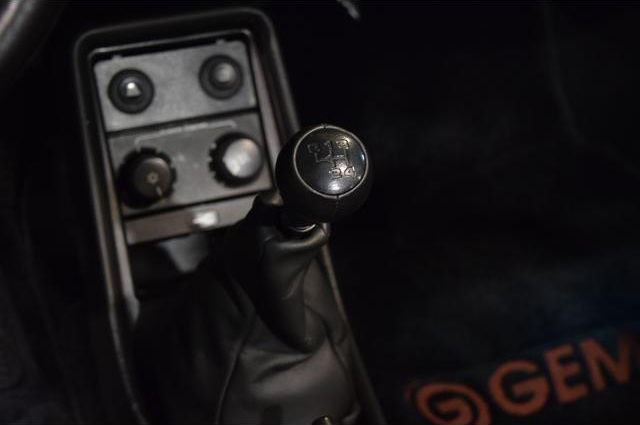 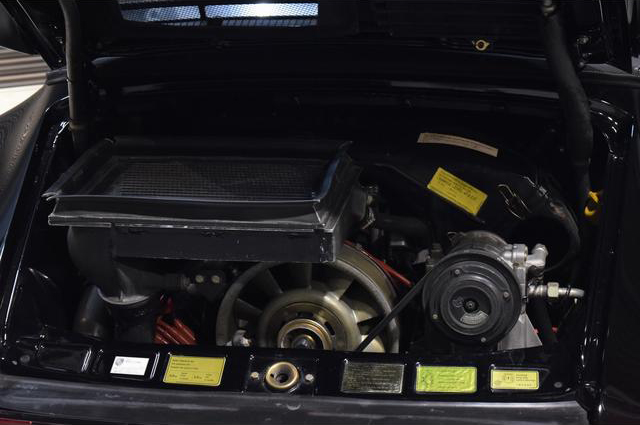 ..and one last pic, of the venerable 3.3litre air-cooled flat-six - Turbo of course..

So there we have it.
When everything Porsche these days is Singer Reimagined, Magnus Walker, or wild RWB conversions.. here's a little Gembella or Rinspeed-esque factory cool. I love it.

So yeah - who wants to help me rob that bank?