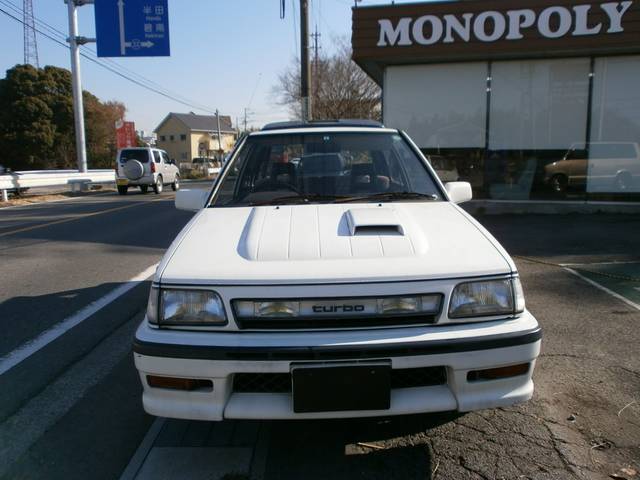 Annoyingly its a little rough (would look so much nicer with a good clean), but its hard to find good examples for sale in Japan (or anywhere) these days. I swear these were more common - even in Australia - in recent years.. :( 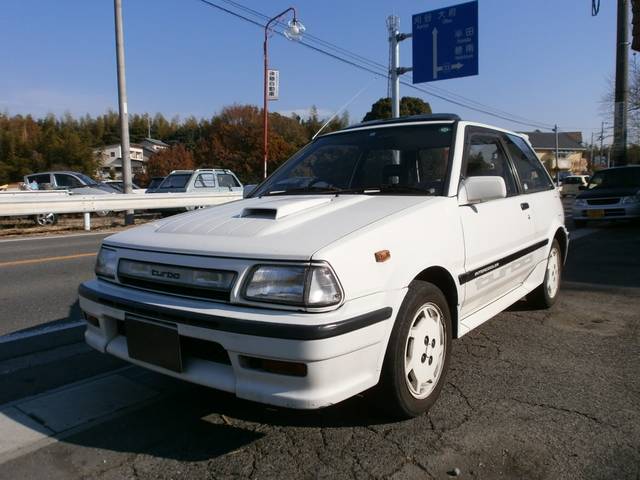 1988 EP71 Toyota Starlet Turbo S
The third generation of Starlet's, and the first of the front-wheel-drives. produced from late 1984 to 1989. 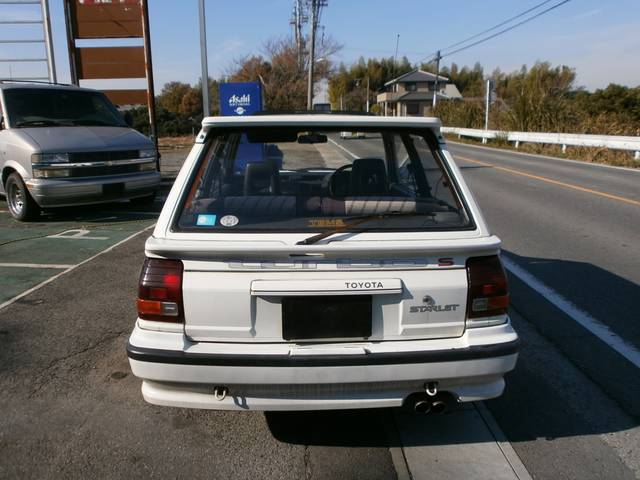 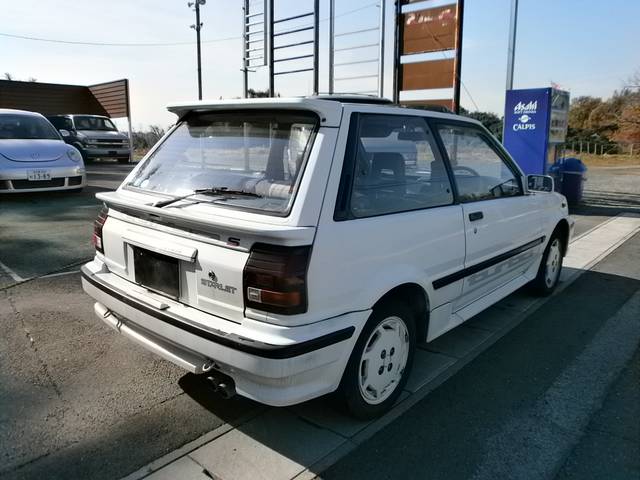 Its hard to see past the grime in these pics, but theres a cool TURBO decal under that lower spoiler there, matching the sweet decal on the lower door.the angular side-skirts remind me of the ones used on the period AE86 and AW11.
The whole two spoiler thing is awesome too. that lower one would do absolutely nothing..! The front end is fantastic IMO. the grooved buldge in the bonnet, the off-centre scoop, foglights in the grille - just cool touches. 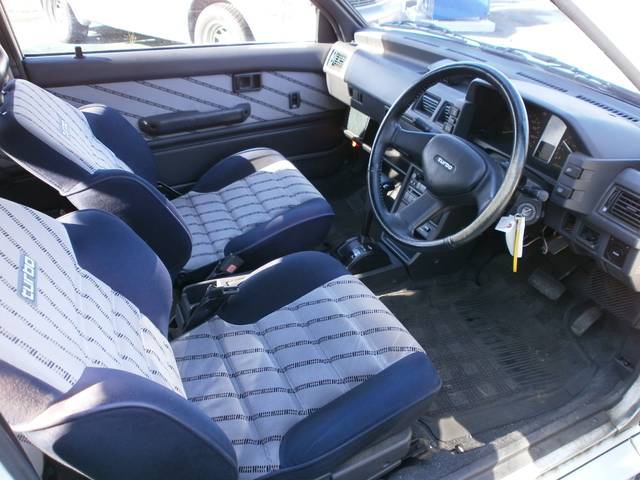 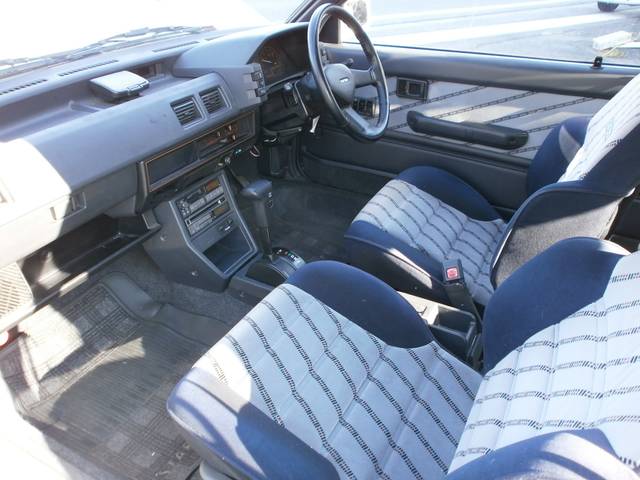 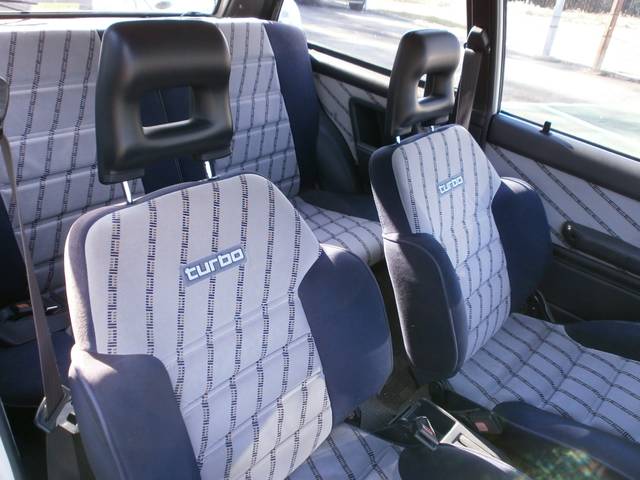 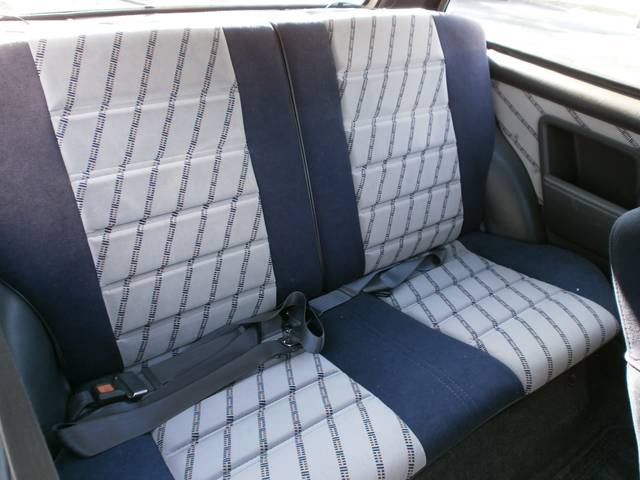 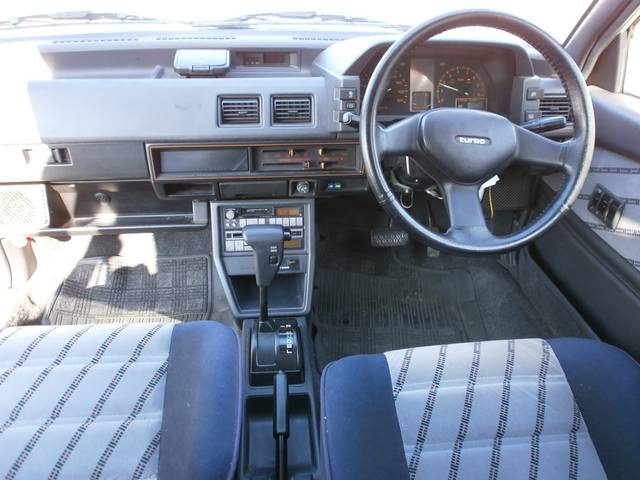 Neat enough in here.
Turbo on the wheel and seats, and thorough trimming of the fairly loud seat pattern. I like it.
That last picture shows the wheel and auto shifter are possibly too large for this interior..! 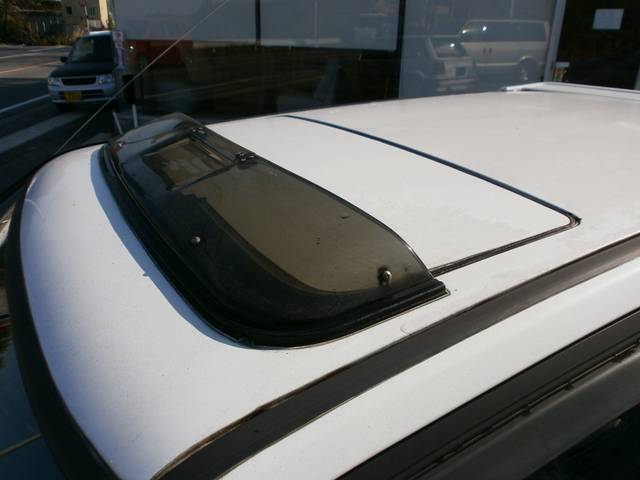 Last bit - a sliding metal sunroof. I dont see many of these with this option..?
The deflector is terrible, but Itd be a crime to remove it..!

Always had a soft spot for the EP71 Turbo. they're just cool - a nicely proportioned little 80's hot hatch.