Grand by name only.. 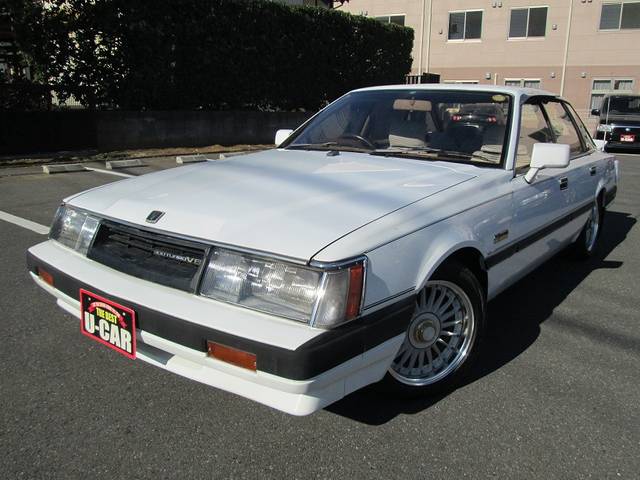 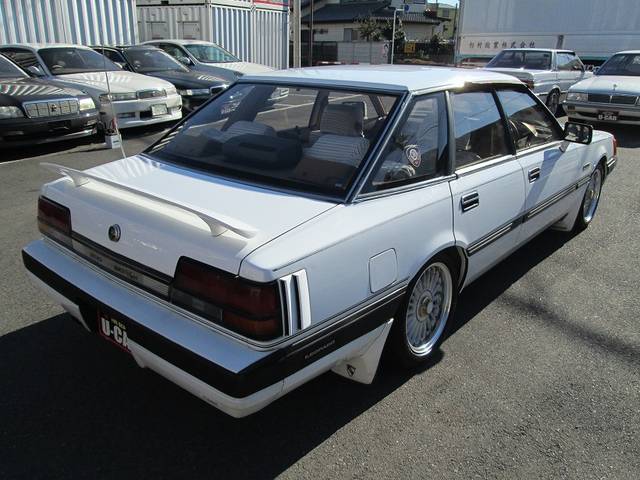 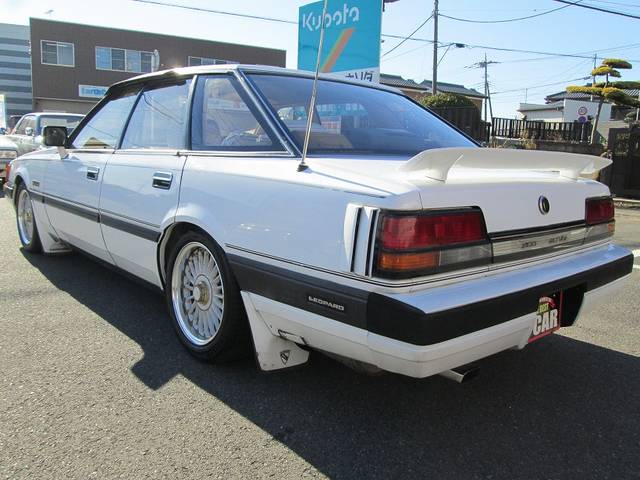 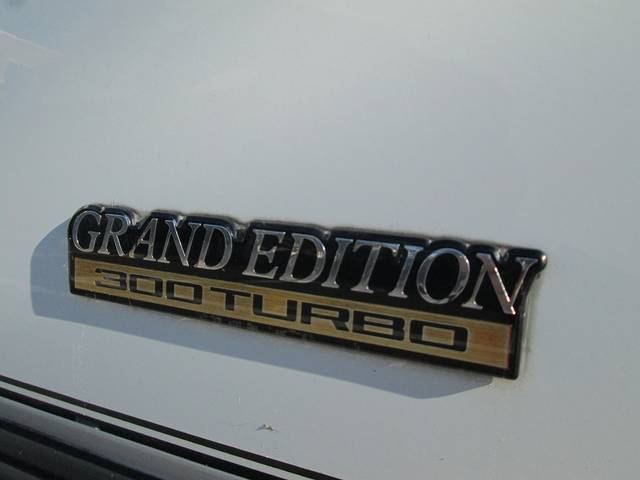 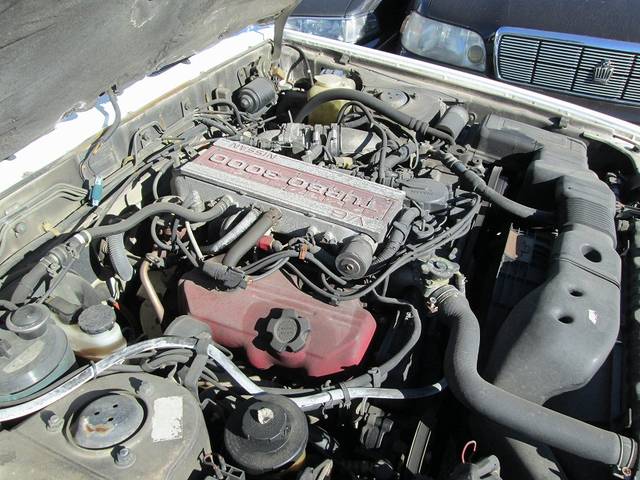 Fitted with the 3Litre, VG30ET, Turboed V6.
As a 1984, Nissan's VG V6 engines had only very recently been introduced. This (basic) engine powered many performance Nissans for the next 20years, albeit not in single cam, non-intercooled form!

Always funny how short a V6 looks in a N/S configuration.. 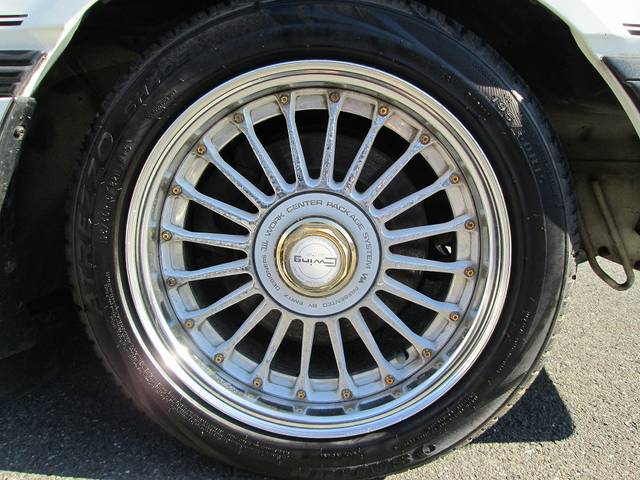 Outside, we've got some period-perfect Work Ewing's. 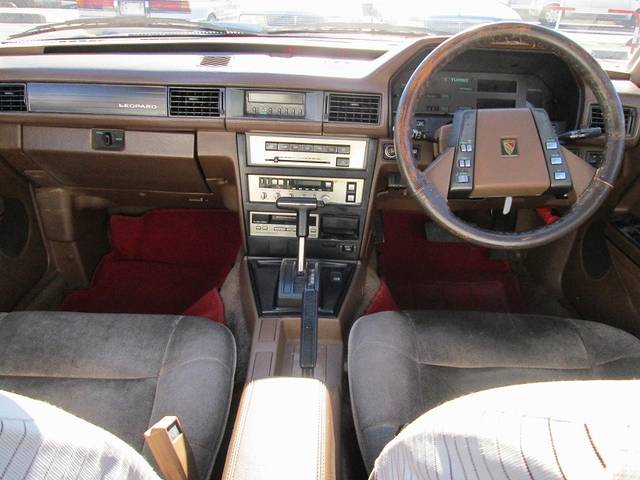 Inside is a little tired, but brutally dated - as the best in 1984-luxury should be! 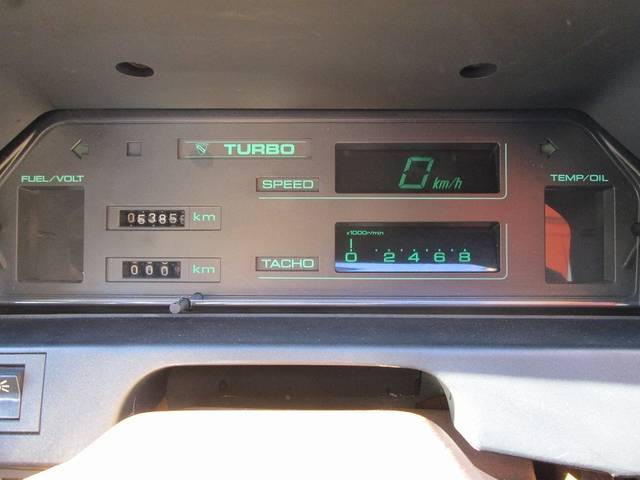 TURBO lights up? urngfh...
How odd is that Tacho layout too? love it. .