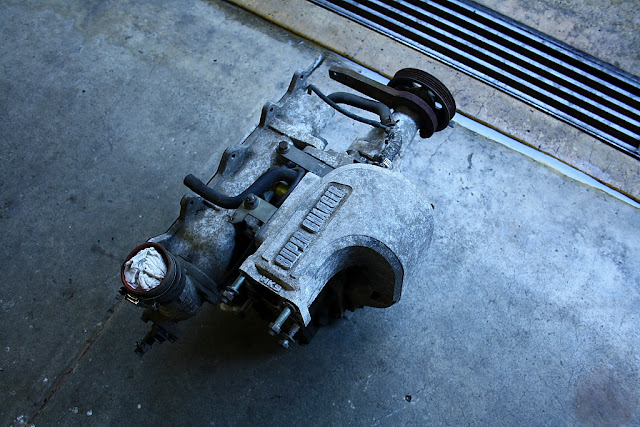 A part I've had for a couple years now.
Its a complete 1986/7 HKS Supercharger setup, specifically made for the 4AGE (NA) in the AW11 Toyota MR2.

The setup I have here is well worn. The supercharger itself looks to be fine, but the whole kit has its fair-share of carbon and grime.
The plan is to get all the alloy bits carefully blasted back to new, have all the brackets powdercoated black, re-plate or replace all the fasteners, find a new bearing and belt; and set it aside to one-day go onto my AW11.
No rush, but definitely something I intend to do. 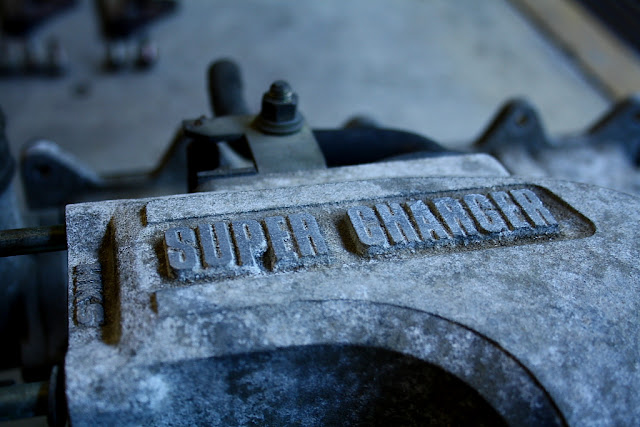 Closeup of the fantastic 'SUPER CHARGER' text on the top of the intake. 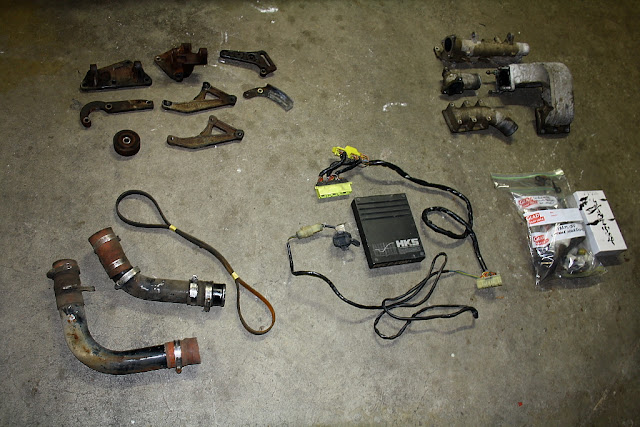 The kit disassembled into groups.
The HKS F-Con in the centre, which I wrote about separately a while back. 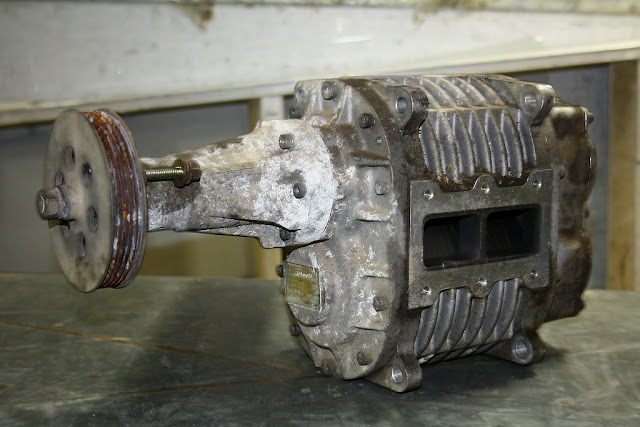 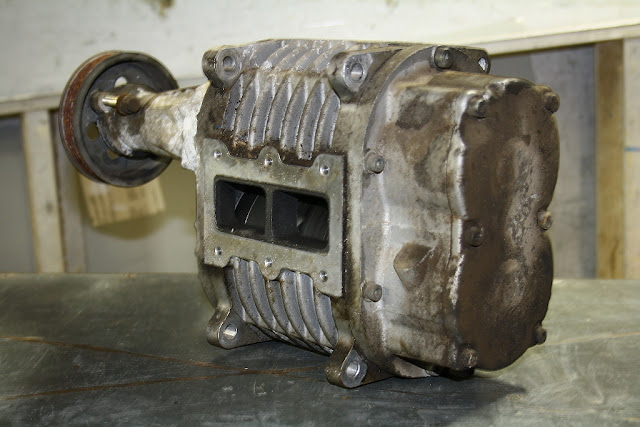 The star of the show - the supercharger itself.
is an Ogura Clutch unit, marked MODEL SX11A, and has a displacement of 1150cc.
Interestingly, this is almost spot-on with the SC12 fitted to the 4A-GZE (the factory supercharged variant of Toyota's 4A-GE engine) @1200cc. 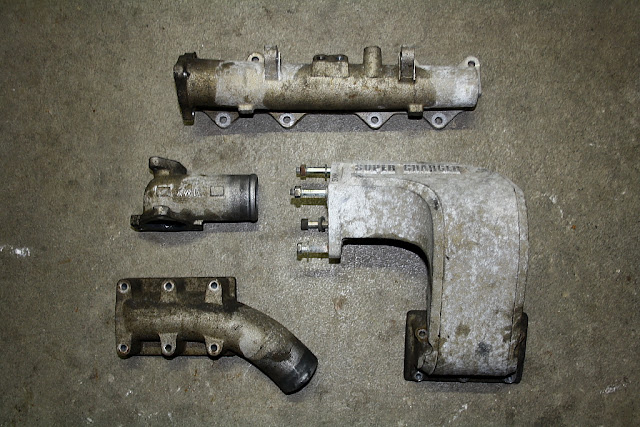 The cast alloy parts of the kit.
Nicely made, with a very OEM feel to them. 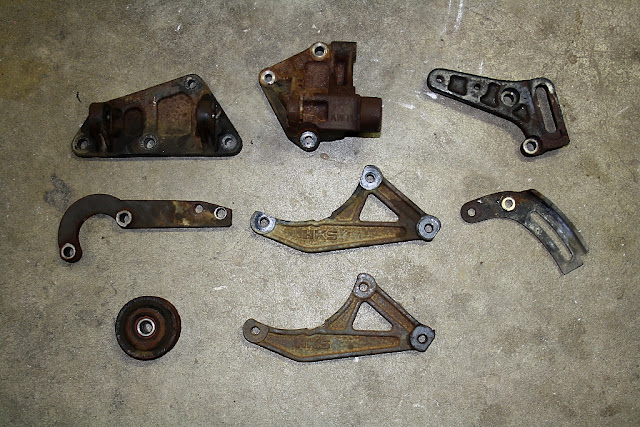 And more cast pieces, but this time steel.
Brackets to support the supercharger. 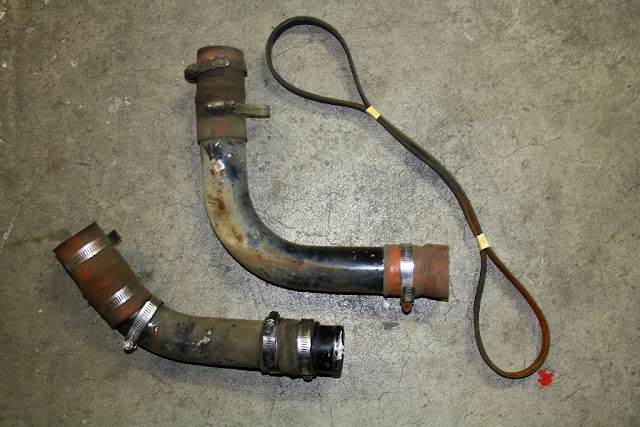 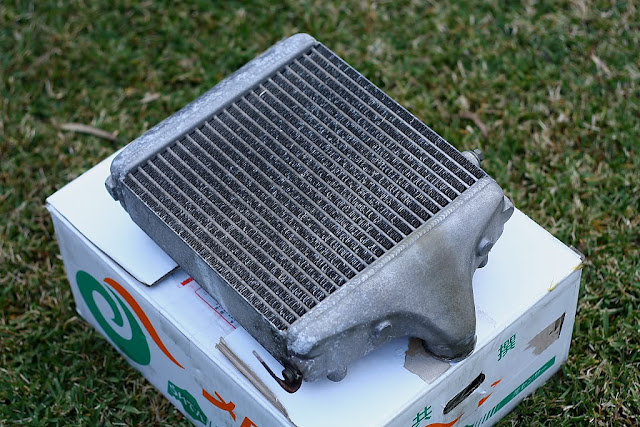 The intercooler. Bought seperately, accidentally, and by chance.
It had been seperated from the SC kit i bought, and listed seperately. I spotted it weeks later on Yahoo (might have even been a month or two!), and made sure i could reunite it with the kit. Awesome. 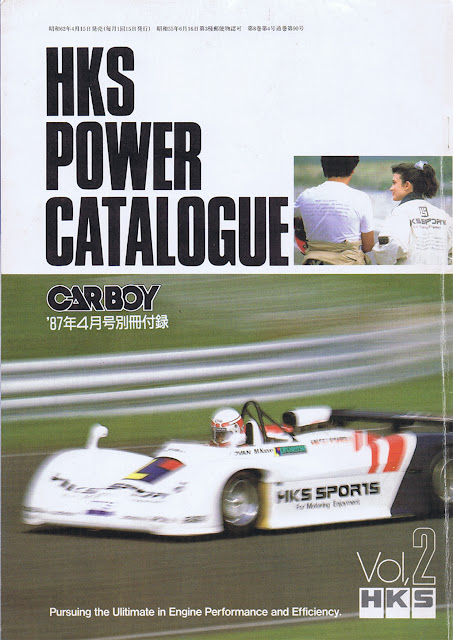 Recently I managed to buy the 1985 and 1987 HKS Catalogues; and in the 1987 one is a bit about the SC kit.
It would help if I could actually read Japanese, but hey, I'm here for the pictures.. 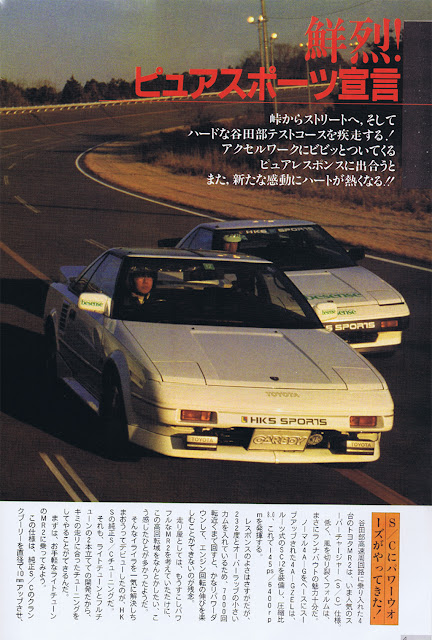 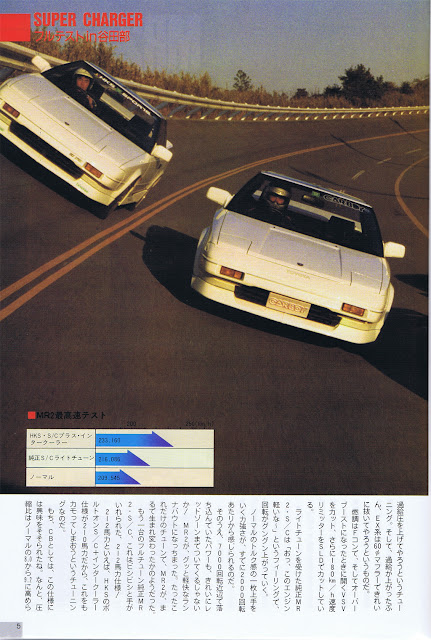 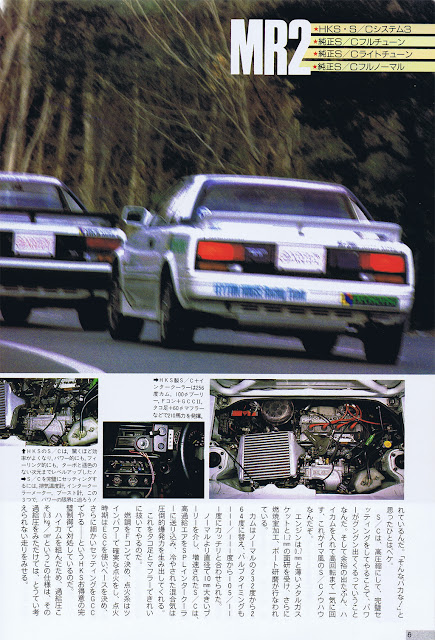 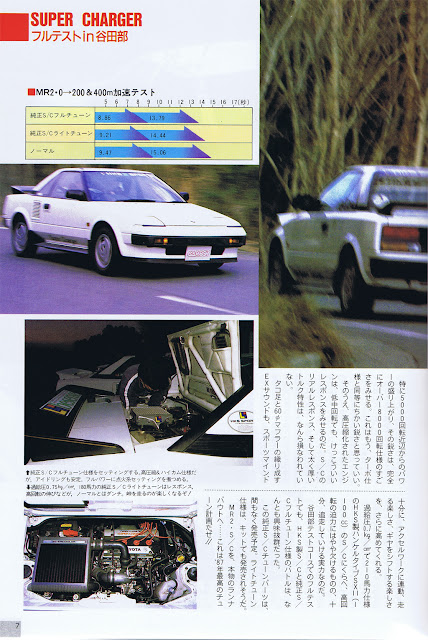 The third page there shows the complete kit installed, and then a side shot on the fourth page.
Cool to see the old HKS POWER logo there too, including one on the intercooler.

The kit is pictured fitted to what looks like a 1984 AW11 G-Limited.
The picture of the AW11's on the banked track, shows that HKS Supercharged car, a G-Limited, Supercharger, and a G-Limited NA or two.
The factory 4AGZE setup is pictured at the bottom of the last page. I have to admit, its alot neater than the HKS setup! 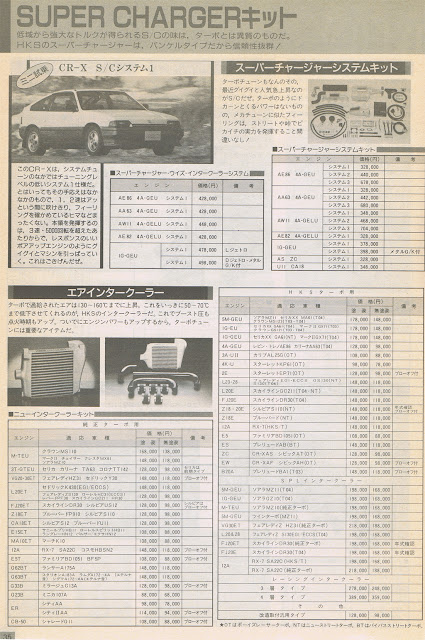 I'll eventually get around to fixing this up; its something I'd do regardless of whether or not I plan to run it on my car. Its just cool..