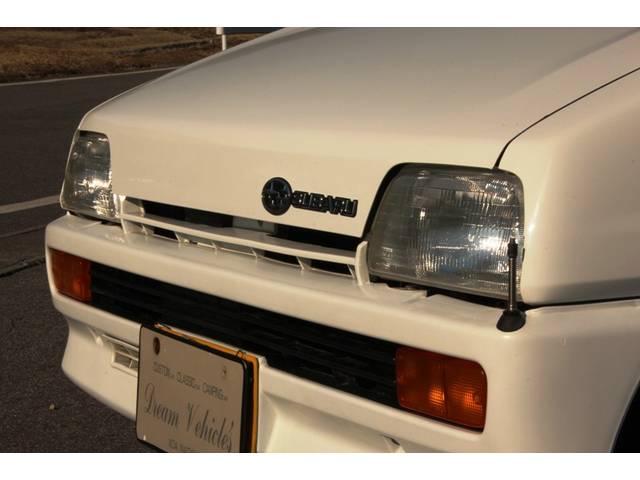 A very sweet, 1988 KN Subaru Rex (Combi Vicky II); Subaru's entry in the Kei class market, from the late 70's to the early 90's.
1988 was two years into the third generation of Subaru Rex; which charged on until 1992. Then that was it for the 'Rex' nameplate - but not such a loss when I've always known this model as a Fiori anyway! 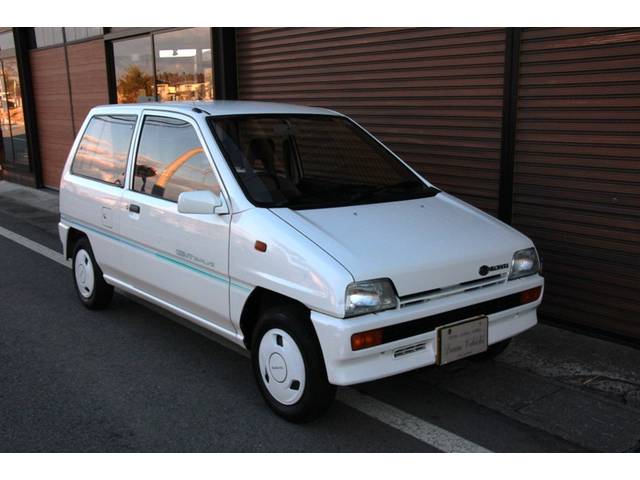 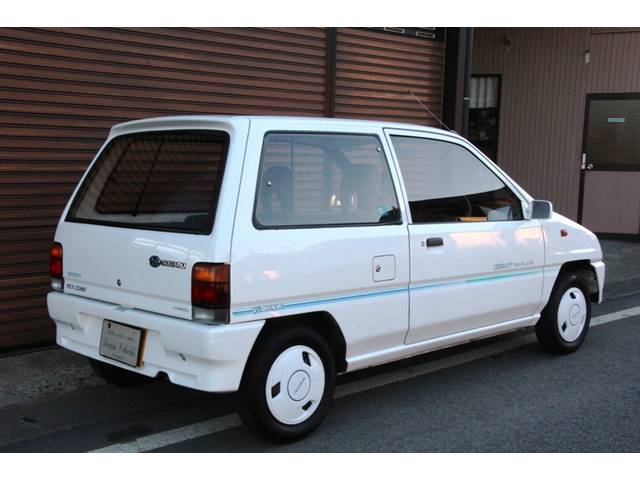 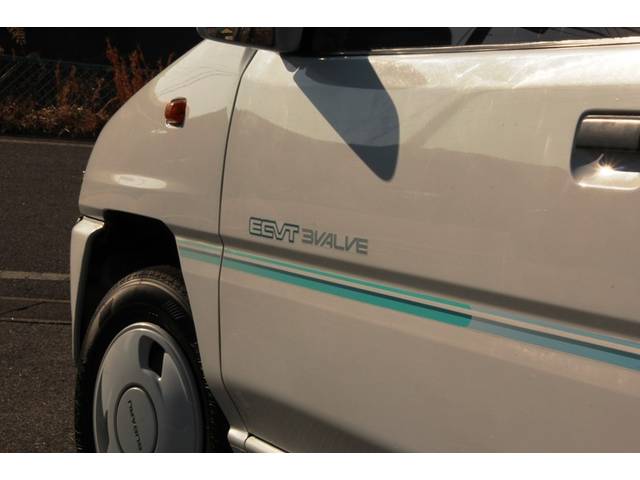 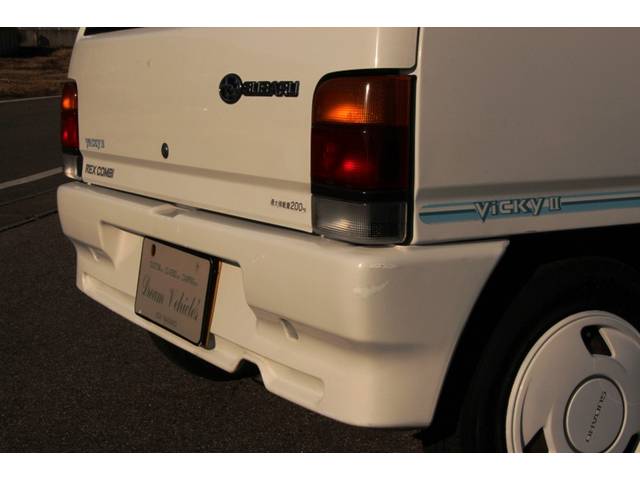 Those colourful decals proudly tell us that this is the 3-valve (per cyl) EK23 powered car, with the CVT Auto transmission.. 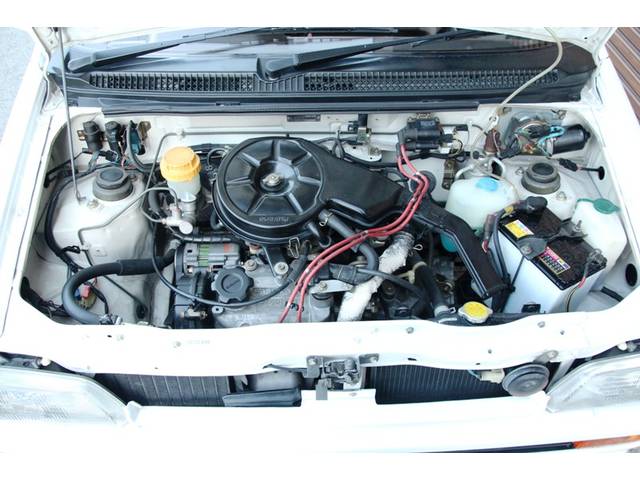 ... The 544cc two-cylinder pumped out a whopping 26kw!
While there was still an even more basic engine available (2v per cyl version of the same EK23); A higher-spec Intercooled Supercharger version became available from 1988! 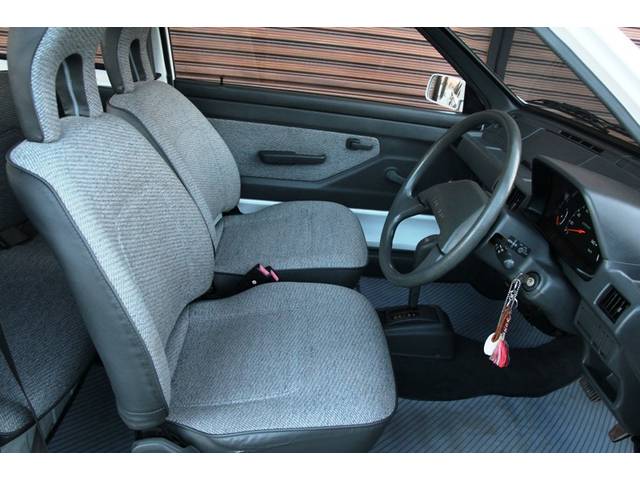 Inside is plain - minimalist - but attractive as a result.
The auto is left as a bit of a shame really. I'd say a car like this - featherweight, tiny tyres, and a revvy engine (that 26kw is developed at 7000rpm) - would be a heap of fun to punt around.