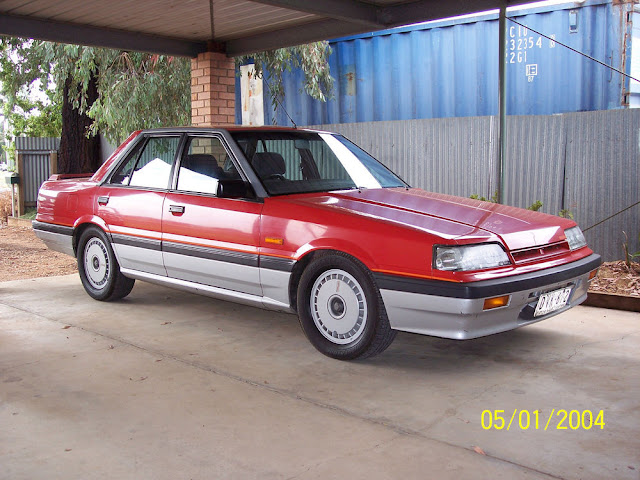 A handful of Series-3 R31 Nissan Skyline Silhouette's for sale around the country at the moment.
All three are a little worn, but all are original unmodified examples of what these cars looked like when Nissan produced them.
The R31 (seventh generation Skyline) was produced in Australia from 1986 to 1990. By 1989 the car was up to its third revision/update (the earlier series 1 to series 2 change was relatively minor) and looked like these ones here.

These Skylines were all powered by the NA, single cam, RB30E.
Transmissions were a 4speed auto or 5speed manual.
and unlike the Japanese R31's, the rear-end was a solid axle trailing-arm setup, with the 28-spline borgwarner 78 differential - a diff that made its way under many Australian produced cars.
4 wheel discs were also standard.

On top of the regular skyline; the Silhouette (available as 4door pillared sedan only) got the two-tone paint, the orange (or alternatively red) pinstripe and decals, 15x6 alloy wheels with aero caps, blackout detailing around the windows, grey paint on the stainless trim over the doorframes, aerial moved to centre above the windscreen, and a small boot spoiler.
Inside it got unique herringbone trim on the seats and door-cards, sportier seats, a 3spoke wheel (used in Japanese GTS Skylines), console lid/armest, rear headphone jacks, and a Trip computer replacing the clock.
Mechanically it was identical, with the only addition being a cone-type LSD (usually well-worn out!) 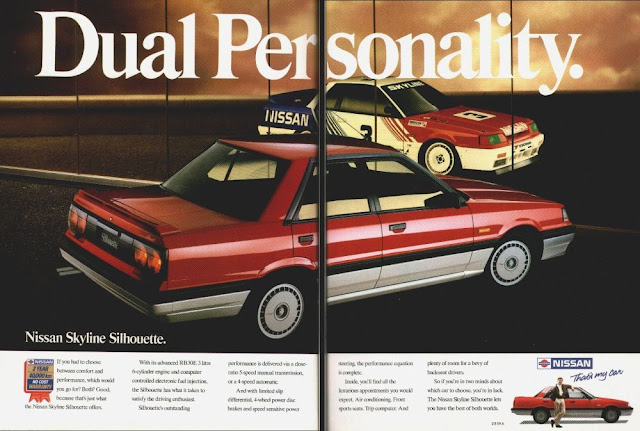 Looks great in the promotional shot - doing its best to look like the GroupA Skyline coupe in the background!
Love the Silhouette wheels. 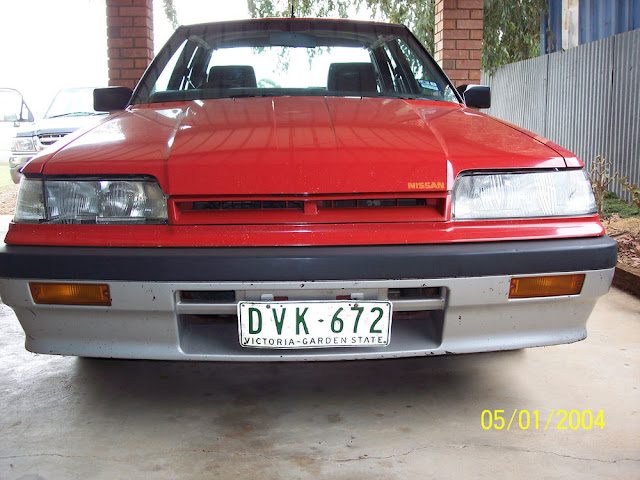 This first red one is a 1989, and looks to be the nicest of the bunch.
Those are the original headlights on these, as unfortunately the Australian cars never got the projector units of the late Japanese R31's.. 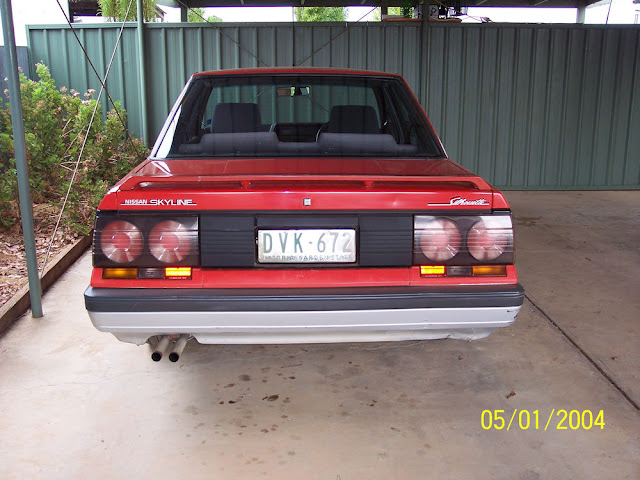 Standard twin-tip muffler, spoiler, decals, etc.
Compared to the Japanese cars, the garnish (plastic trim around the numberplate) was also different - with a single bulb housing above the plate. 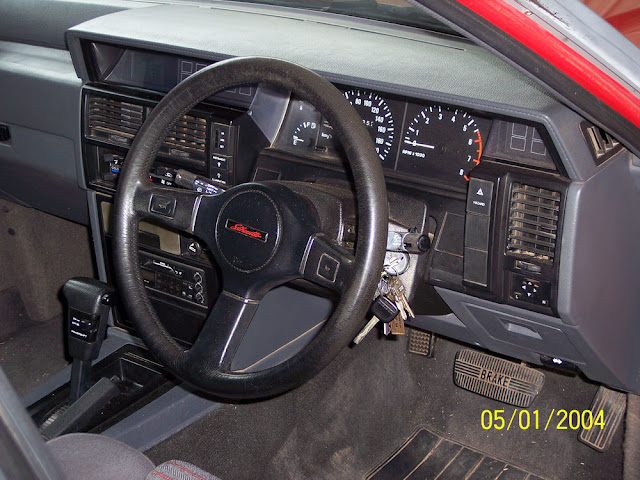 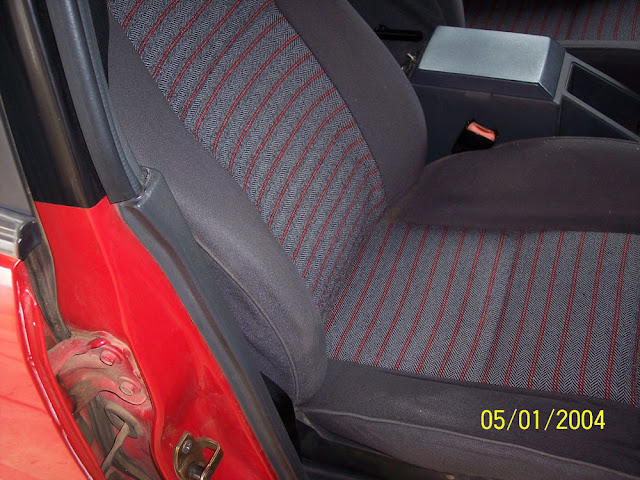 All standard in here - seats, dash, wheel, etc.
The trim on the seats looks to be in great shape.
On the back of the console in the picture above, you can just see the headphone jack points for the rear passengers. Like usual, it looks as though the plastic knobs for the volume are missing.. 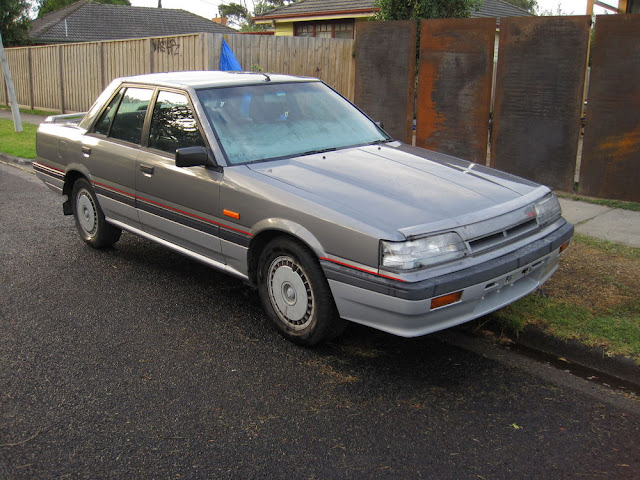 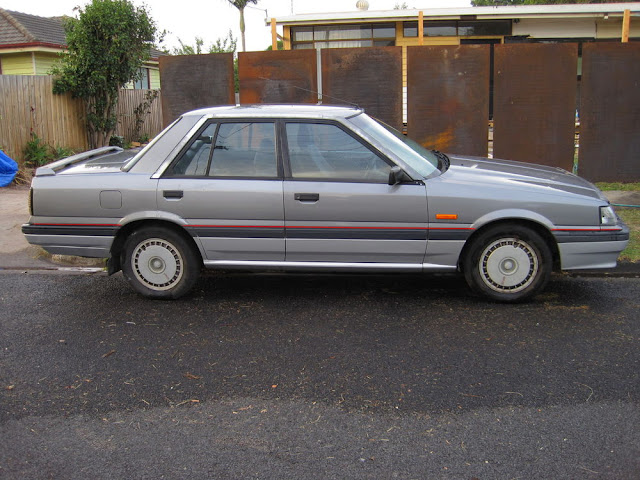 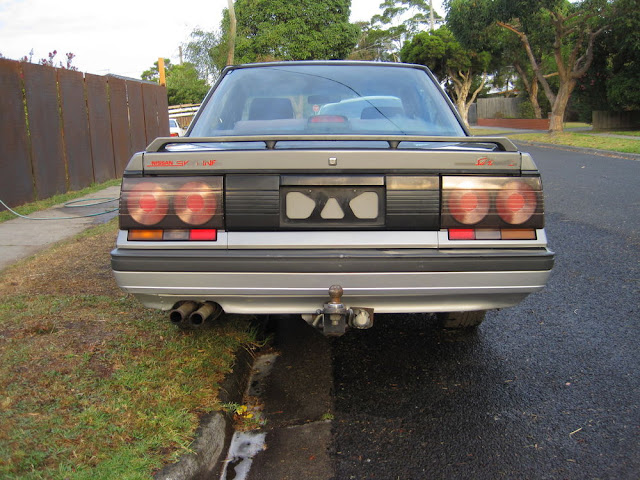 This grey one is a 1990, and other than some wear-and-tear, is awesomely original also.
has the classic addition of headlight and bonnet protectors, mudflaps, and a towbar. 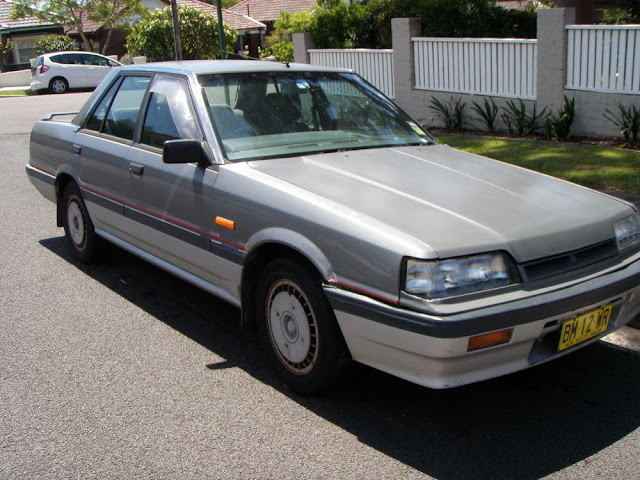 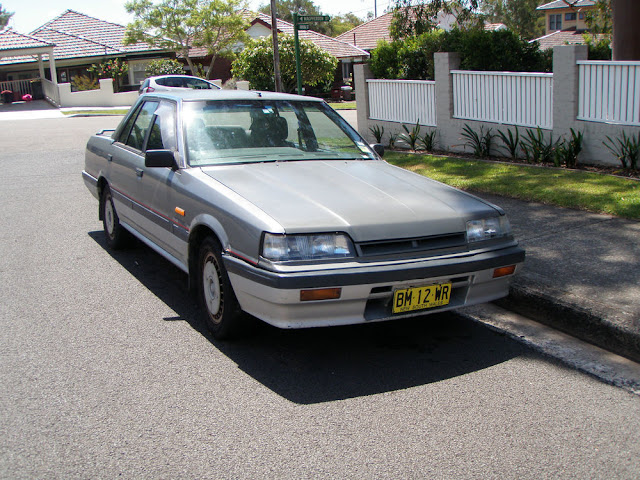 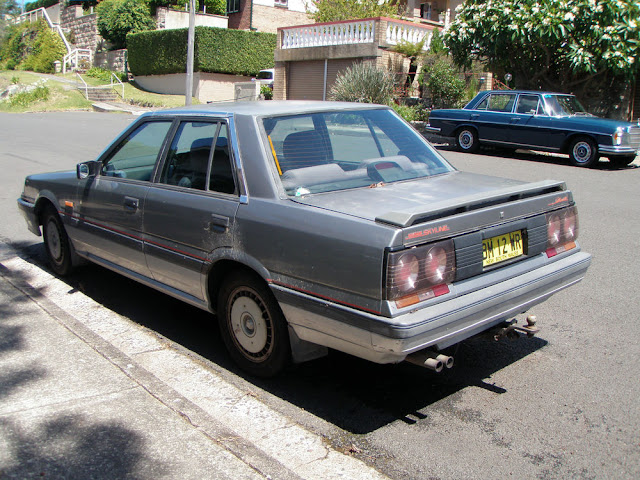 Last one here is an even more worn version of the same. This time a 1989 build.
Also wearing the mudlaps and towbar of the one above, but now also a visor to the drivers door! All classic additions to these cars..
At some point I imagine this car has had a small hit to the front, and thanks to the repair has lost the Nissan decal above the grille, and very front portion of the side pinstriping on the filler panel. It also looks as though the silhouette caps on the wheels might have even been screwed on..!


Like I said in the last Silhouette-heavy post - If i had the time and space, id buy one to restore.
They're nothng particularly special; but a good, light, solid-axle RWD sedan - and subsequently can be a hoot to drive! :)