As I'd promised a couple weeks ago; a little on the 3rd generation Nissan Pulsar.. 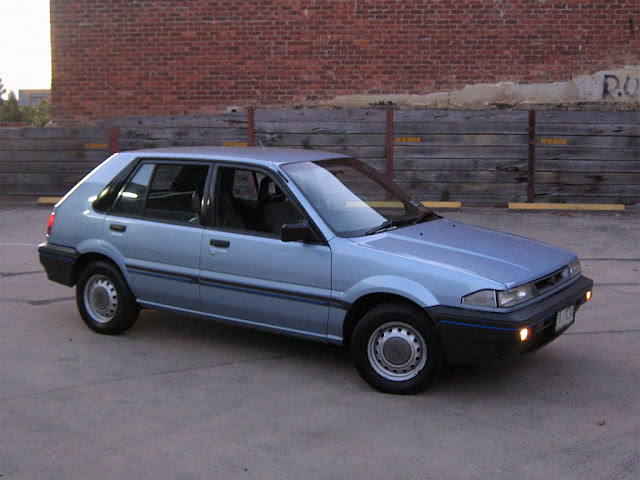 ..which I'll kick off with this one.. which has a very special place in my heart..
..Or depending on whether that opinion is being laughed at at the time, maybe it doesn't..? Whatever, it's not important.. it's a small detail..
The point is; this was my younger brothers first car - the car in which he learnt to drive - so lets gaze through that ISO-infinity grain, and be transported Sunday evening.. the 3rd of December 2006... 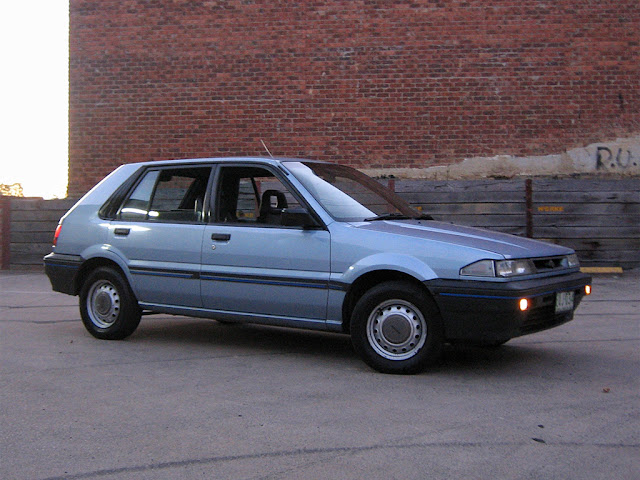 Obviously having just been washed, here it was looking its sharpest!

Now what is it exactly?

Its a 1991 N13 Nissan Pulsar GL.
Final year for the third generation of Pulsar, introduced back in 1986. Local production trailed most markets by one year, so wrapped up with the Australian N14 Pulsar production start in late 1991 (rather than 1990).
..and locally built means local in this case - Clayton, VIC -  not too far from where the car spent its whole life. 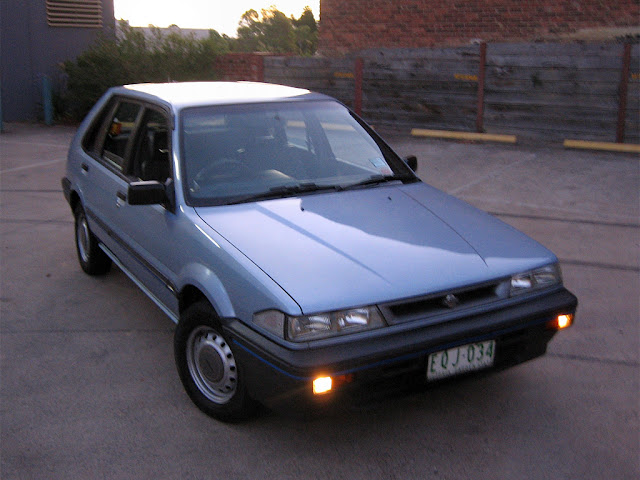 The steel wheels and black plastics likely confirm what 'GL' had already implied in your mind; this here is the absolute entry into the range..
Optional Auto? nope.. this is the 5spd manual.. complete with a novelty-sized fuel gauge where you'd have hoped the tacho would be.
Top-speed runs required one ear halfway out the window.. with the constant indecision over whether it was really going faster in fourth or fifth.. and at ~130km/h downhill with a tailwind, careful listening for how hard it seemed to be revving... 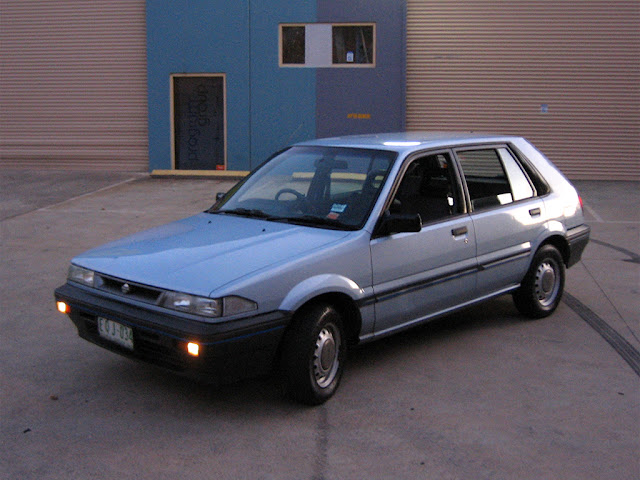 It did score the lovely light metallic blue paint though, which is also a good indication on how casually it had lived its life up to the point above.
It had come from a family friend for (even at the time) very little money.
Bashed, crashed and fixed multiple times, it finally came to an end in 2008 after taking out a small brick fence. Poor little Pulsar was no more..

Any sarcasm aside, I genuinely like these things. I think they look fantastic, with - not surprisingly - tons of R31 skyline detailing.
I like the sharp lines, the small flares, and the different wheel/decal/lamp/aero designs across the variants..
Also (like most economy cars..) they're a hoot to drive hard; with light controls, long shift throw, over-assisted steering and skinny tyres just making it feel so nimble..

Local build, solid construction, and simple mechanicals, means survival-rate is very high.
The biggest threat is just being absolutely value-less. They were worth nothing a decade ago, so its only thanks to them just going and going that they haven't all ended up at the wreckers.
It's possible they'll start to get some appreciation in years to come, but it couldn't be a more ideal buyers market for them right now. GL, Q, Reebok, SSS.. whatever - they're basically free, with value from there coming from how well it runs, how clean it is, and how much rego its got.
I love the decals on the Q and Reebok, and there's the SSS with its lip spoiler, Silhouette sports seats and wheel, and directional 5spoke sawblade alloys... late variants with multi-point injected 1.8's, and some with LSD's.. but then there's the EXA..! argh.. hah
I just hope some make it through, to keep me amused in years to come..


Anyway..
A little look around has found one almost identical at a dealer, so here's the Pulsar from angles other than just a front three-quarter! 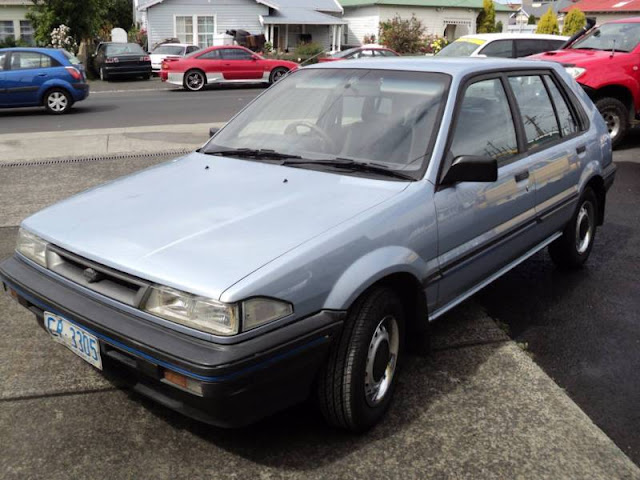 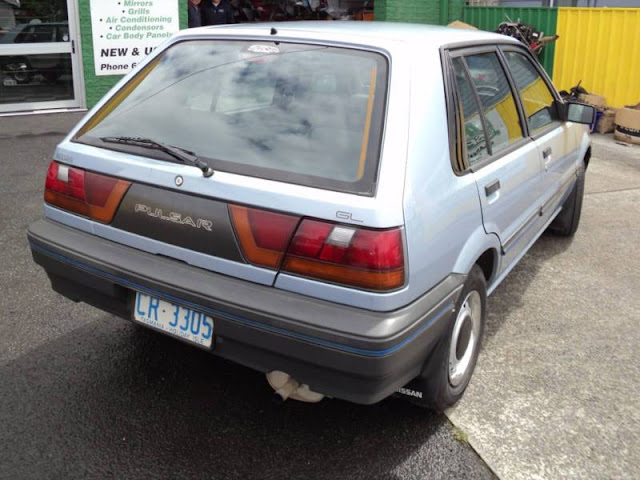 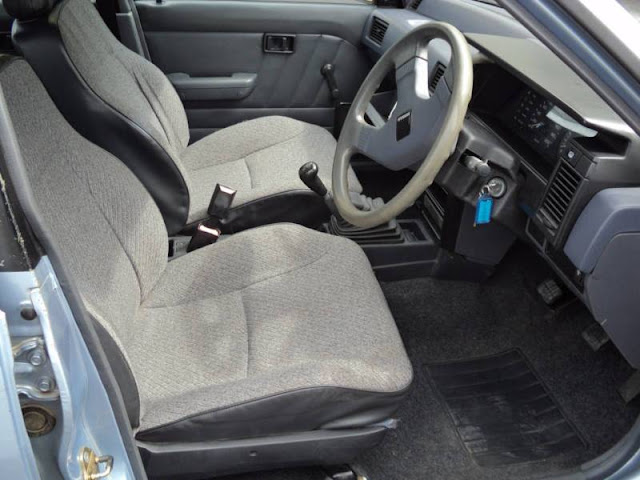 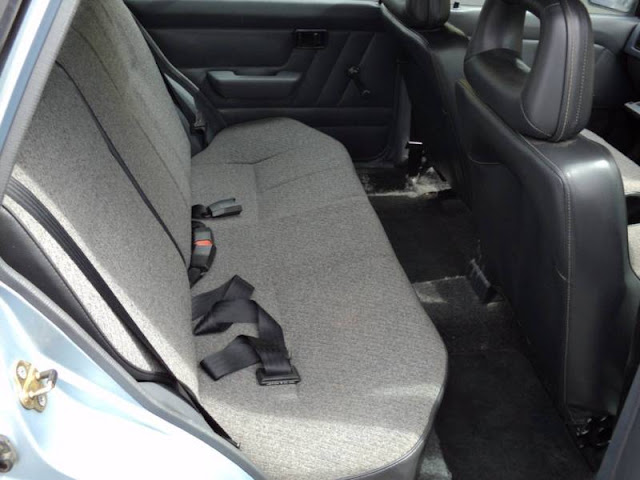 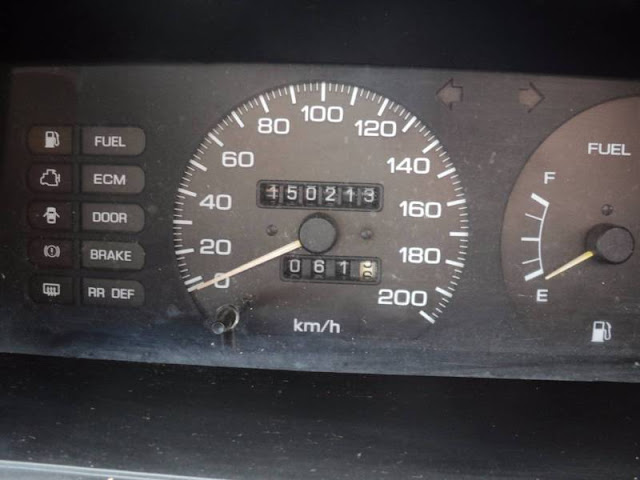 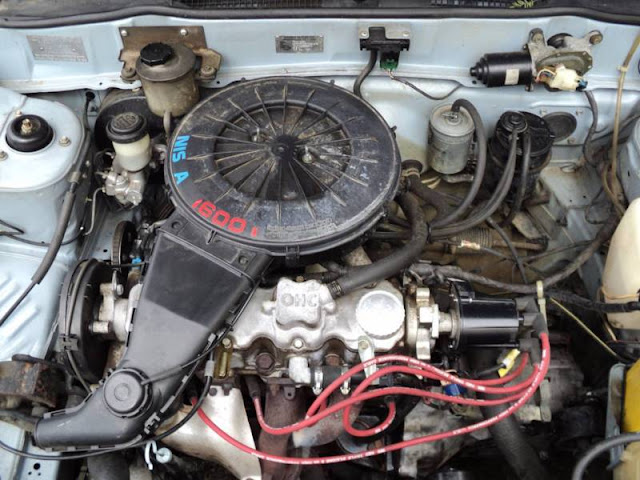 
Done.
So now if everyone can just do their part and adopt a Pulsar..