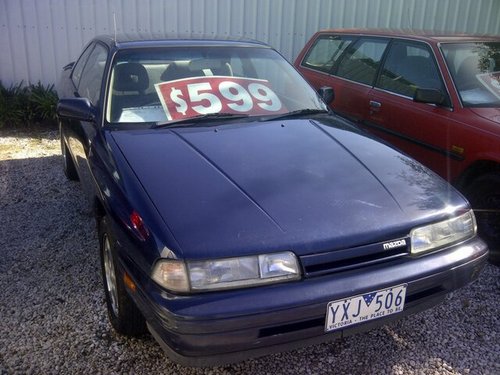 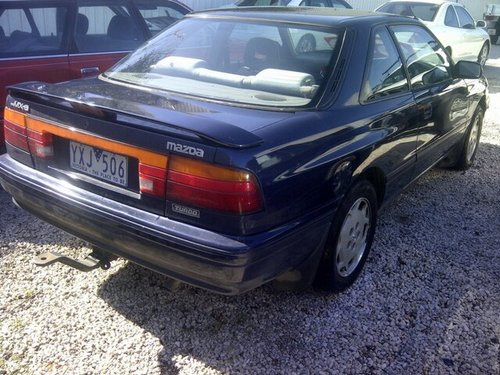 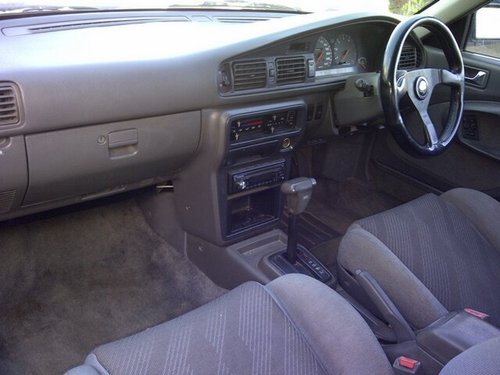 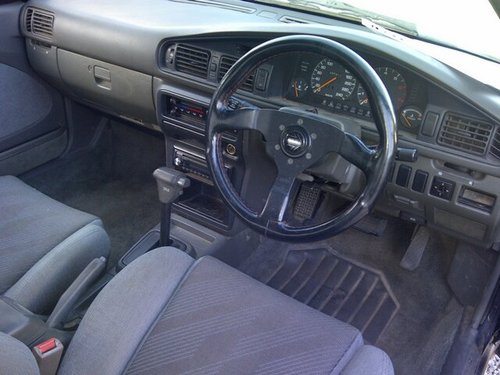 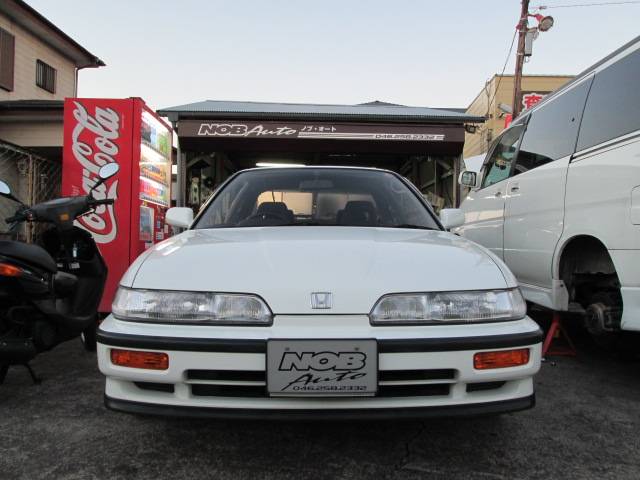 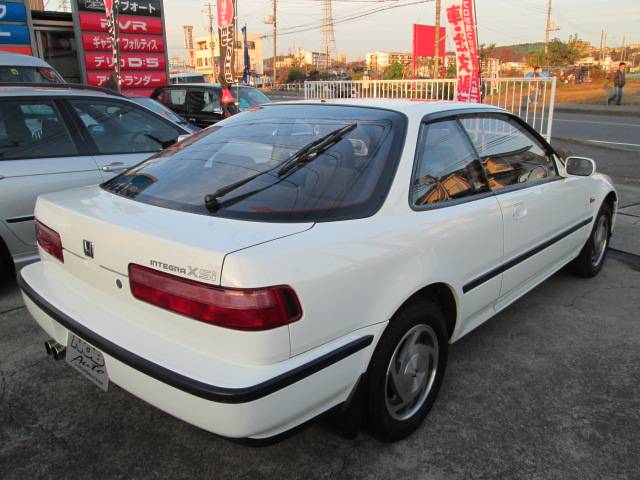 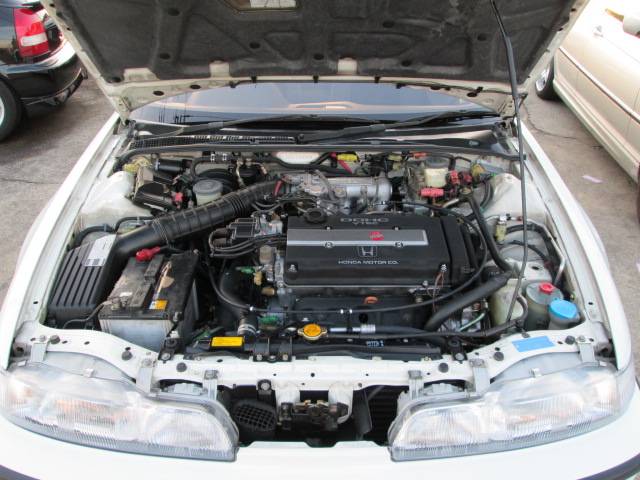 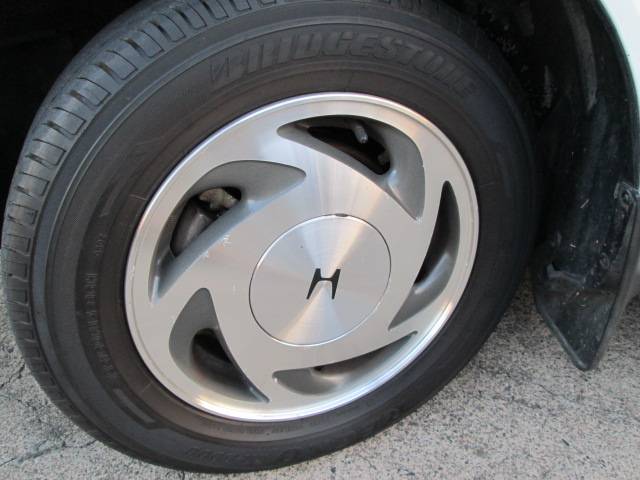 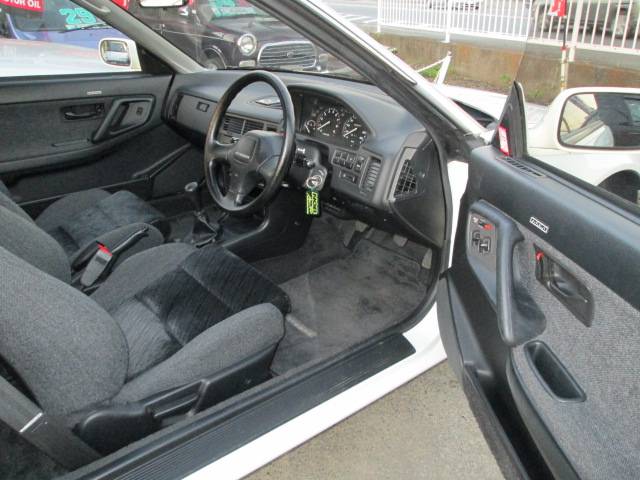 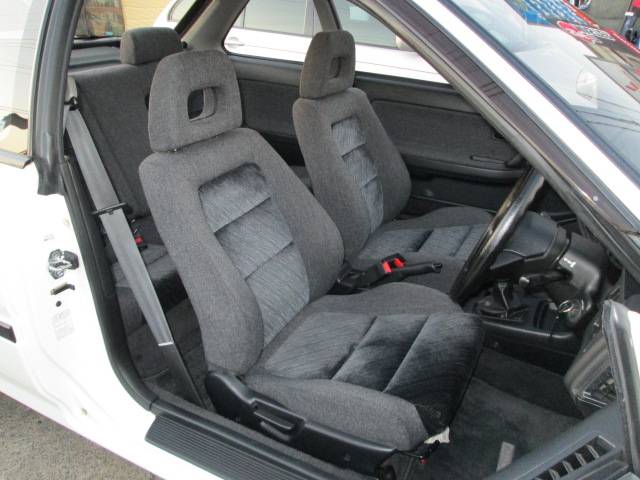 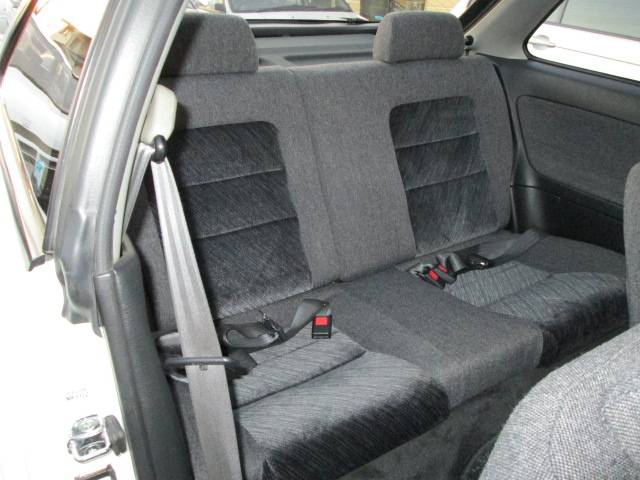 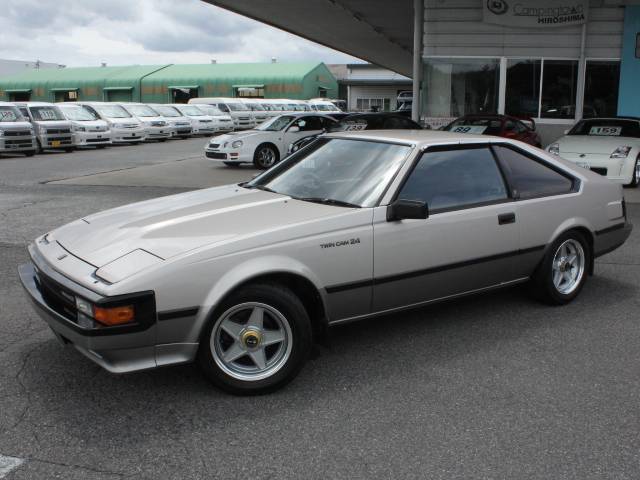 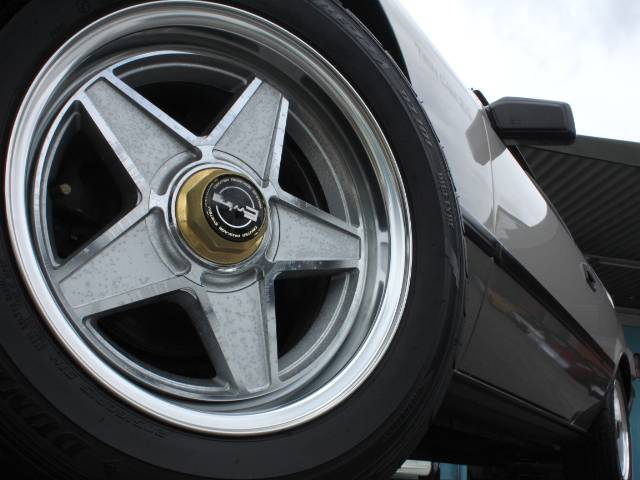 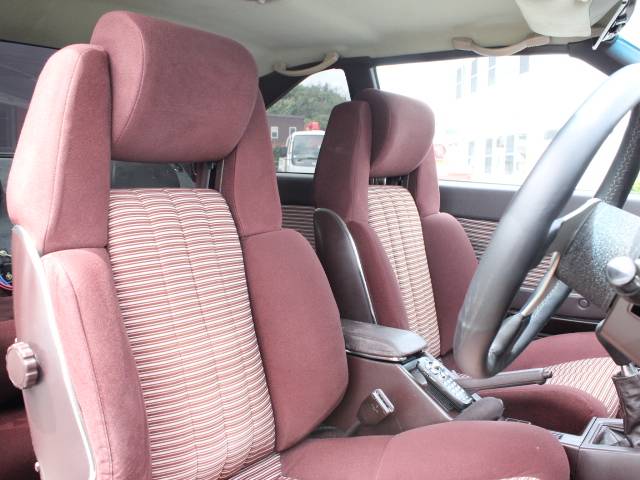 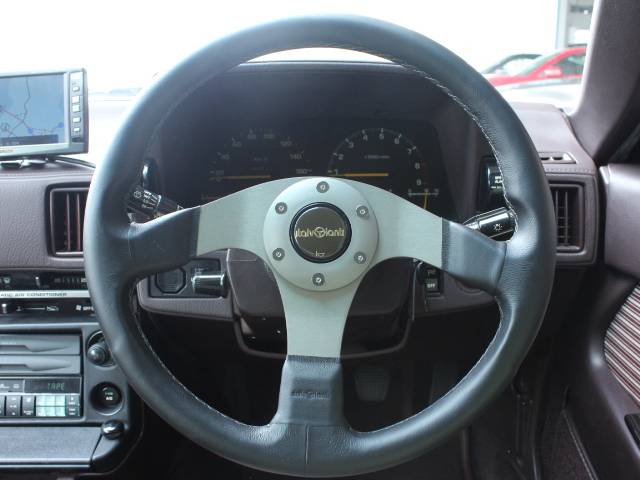 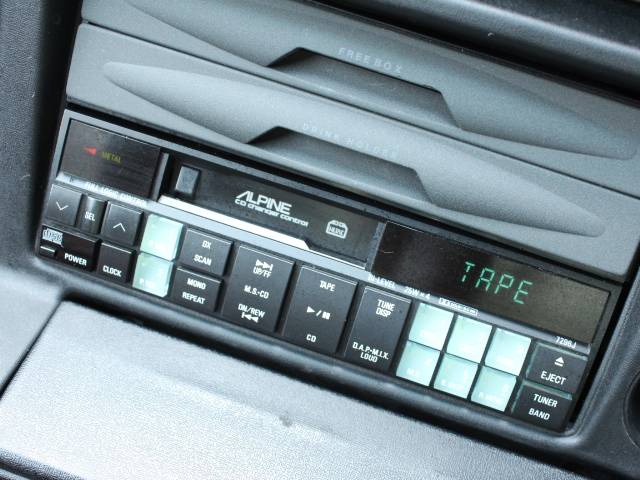 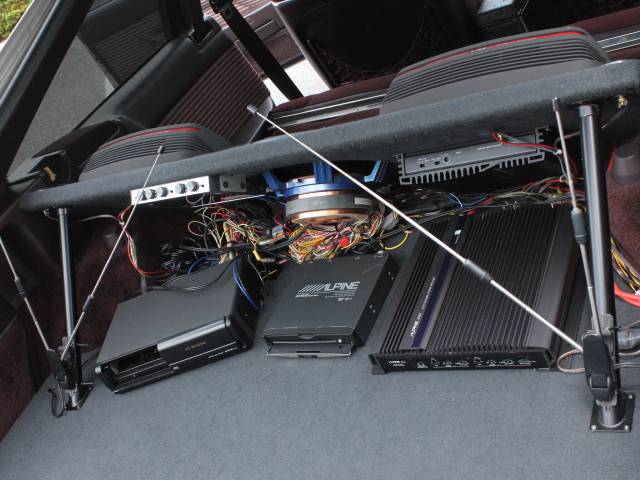 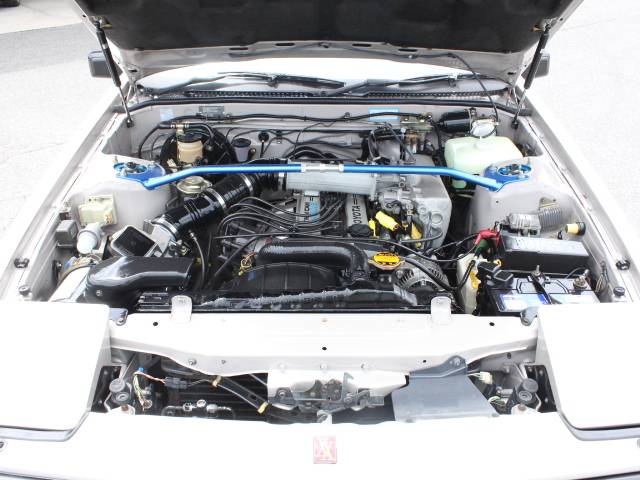 The first Panda into space... 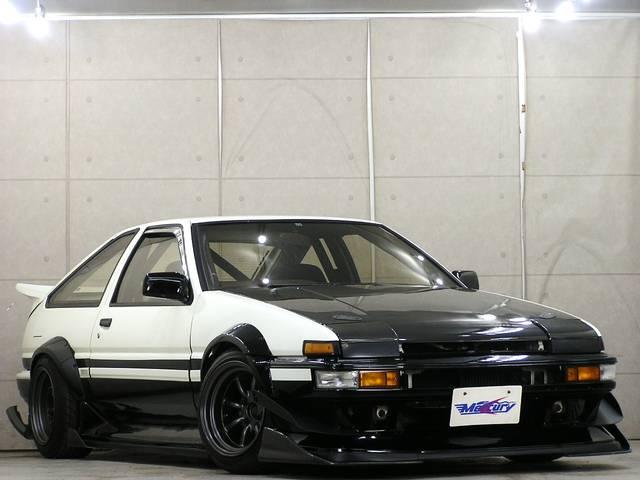 An AE86 Sprinter Trueno currently for sale in Japan, with what looks to be some VERY wild aero... 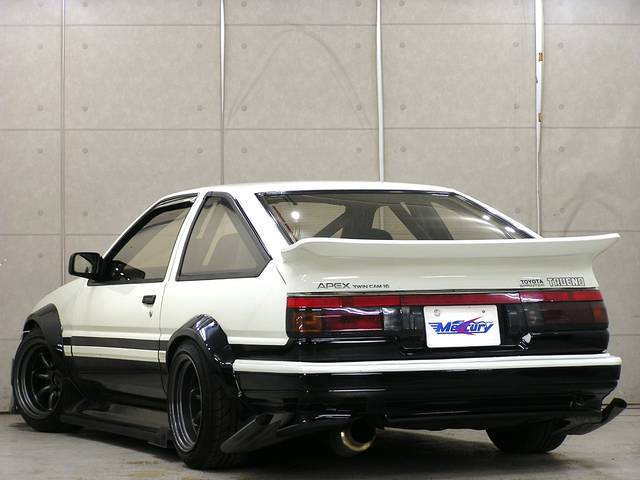 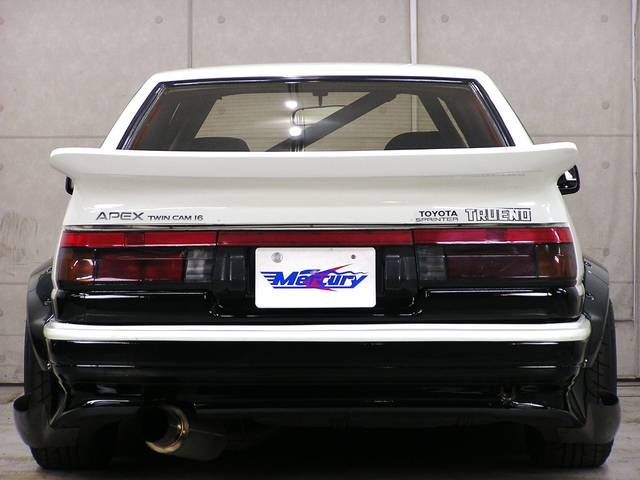 Huge front lip, canards, large flares, side skirts with extensions, rear pods, and exaggerated spoiler; all dressed in original white on black 'panda' two-tone. The wild aero against the stock colour scheme, decals, lenses, mirrors, etc; is actually a very cool contrast. Its no doubt rediculous, but its working...! 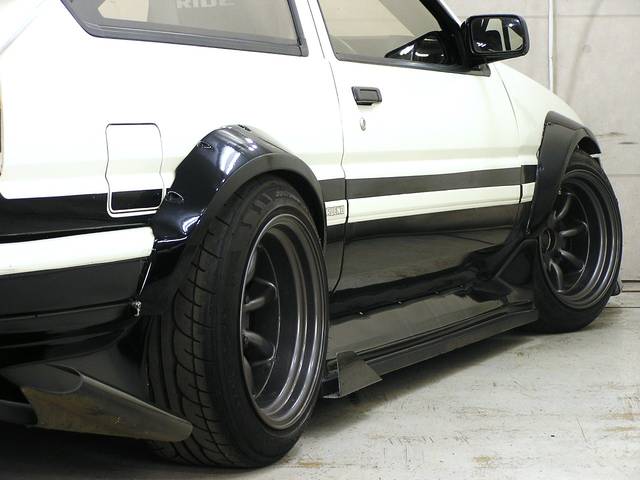 How about those flares!
Here we have the illusion of very very wide wheels, but the rear shot shows the truth: Those watanabe's are just a very low offset on a relatively narrow wheel. You see, even if you could buy 15x15" Watanabe's (and in a one piece, not many past Hayashi seem to cast wheels remotely that wide!), what would you do for tyres? 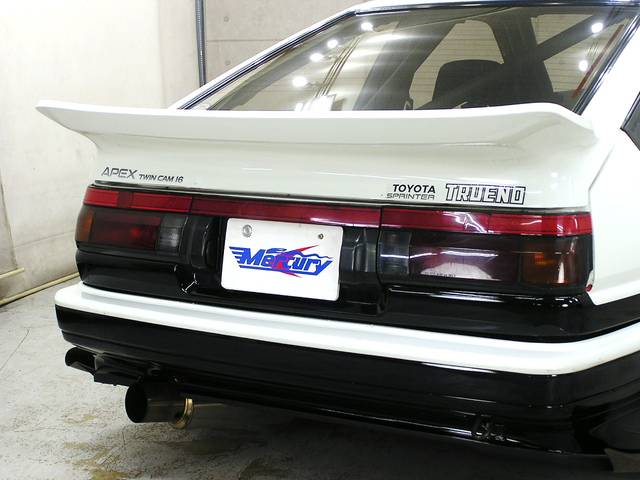 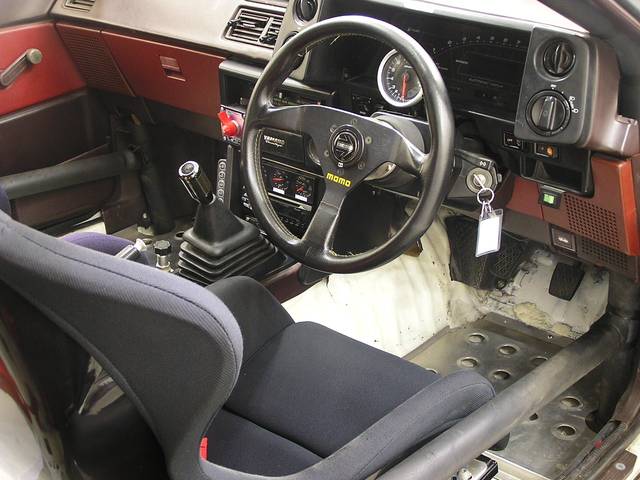 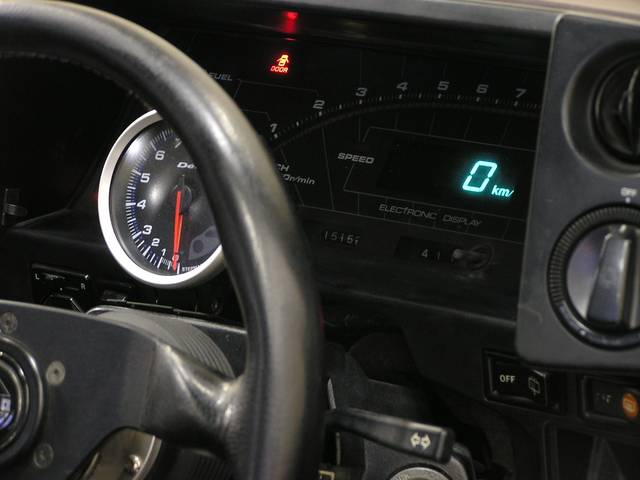 The dealer shows no engine-bay shots, but here are a couple of the interior. Love that the digital dash has been retained, even if the looks to have been a need for a more reliable tacho!

Cool car, and currently for sale for a very pretty penny.. 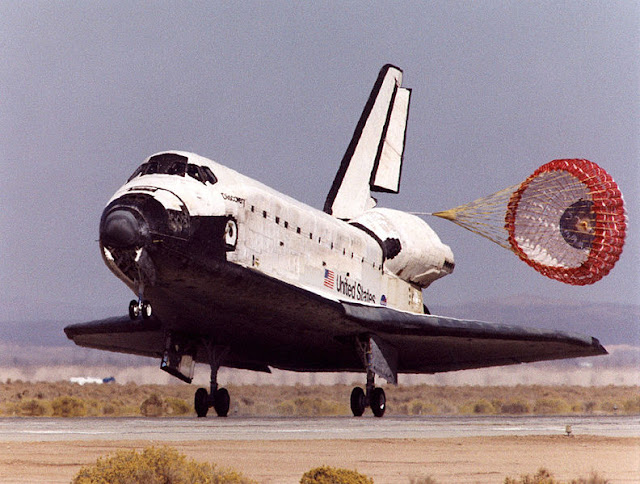