Another one from the display at the Sandown Retro Round back in September... 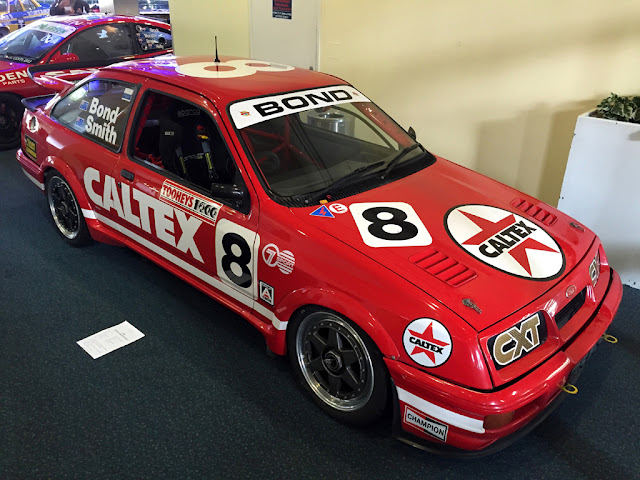 1992 Ford Sierra RS500 Cosworth.
Twin-cam, turbo-powered, racing variation of Ford's plain-Jane 3dr Sierra. This 1986- RS500 one of the 500 evolution models on top of the 5000 'standard' Ford Sierra RS Cosworths, built to meet FIA Group A homologation requirements for Ford to go racing in the late 80s.
It was worth the effort.
Likely news to no one, but these things were hugely successful; absolutely dominating Group-A in Australia until Nissan's 1989- BNR32 GT-R came along to ruin even the Cosworth's fun.

Not as though 'that was it' for these, with the Ford remaining very competitive right up to the end of Group A reg's for the ATCC in 1992.

..with that point making the 1992 build/launch of this particular car somewhat odd.

Amazingly, this car was built for the 1992 "Tooheys 1000" (Bathurst) - one specific race months after the 1992 ATCC was already said and done.
Keen? Yep. It sure as hell had to shine, as there weren't too many opportunities for a Group A touring car afterwards!

..at least a podium for the effort?!

Errrr, no. No it did not.
Unfortunately oil-pressure issues saw the No.8 Bond/Smith Caltex Sierra return to the pits just seven laps into its debut race. Ohhh, the pain...

So there it was. What is claimed to have been the last Sierra RS500 built, with what would be the least amount of actual Group-A era use under its belt.
"Only driven to church on Sundays"? It's the race equivalent: "seven laps and parked; one owner, as new...."! 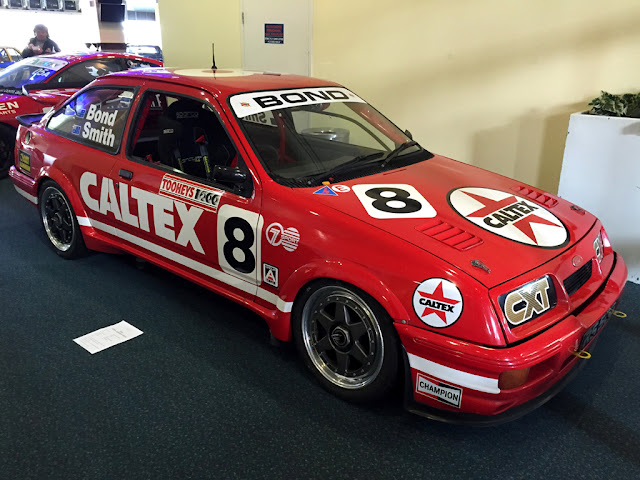 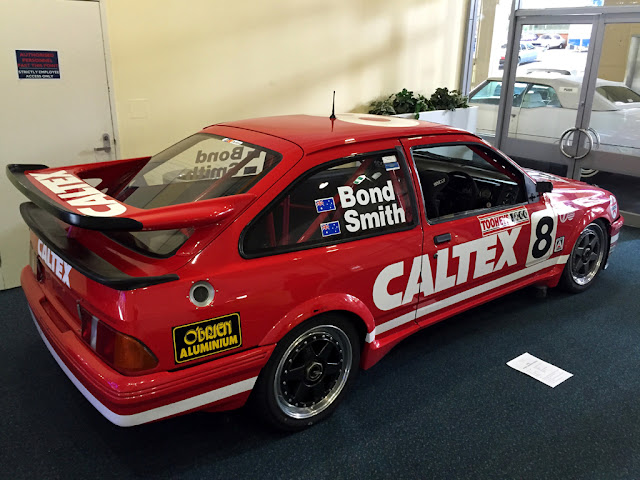 ..if nothing else; if it was to spend the following two decades as a garage ornament - at least it was a good looking one! Love the red&white Caltex livery here... 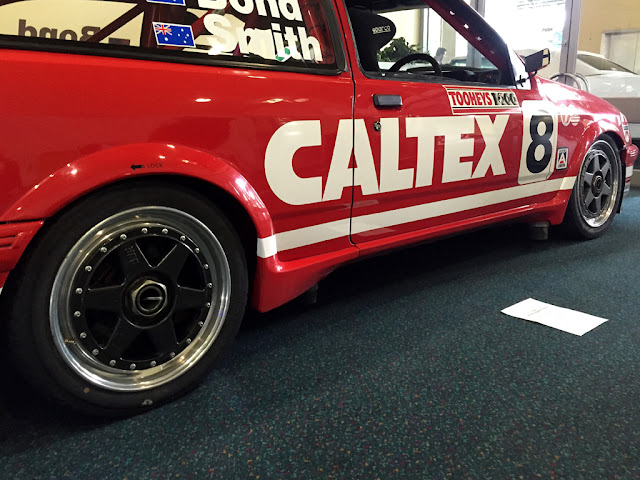 ...something else caught my eye when given the chance for an in-person look though..! 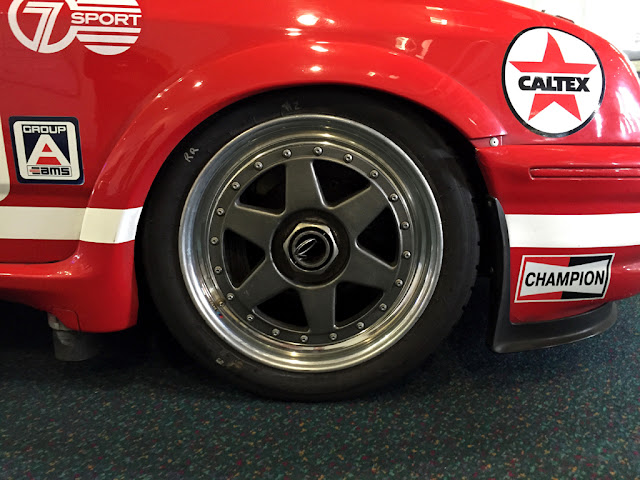 ...to brighten the day (even further) for an SSR tragic: 17" centerlock six-spokes, with that hollow-spoke magnesium face. Nice. A surprising choice on the European Ford... 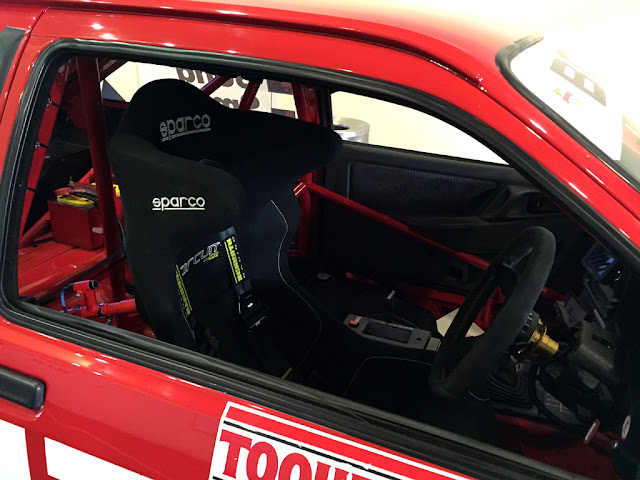 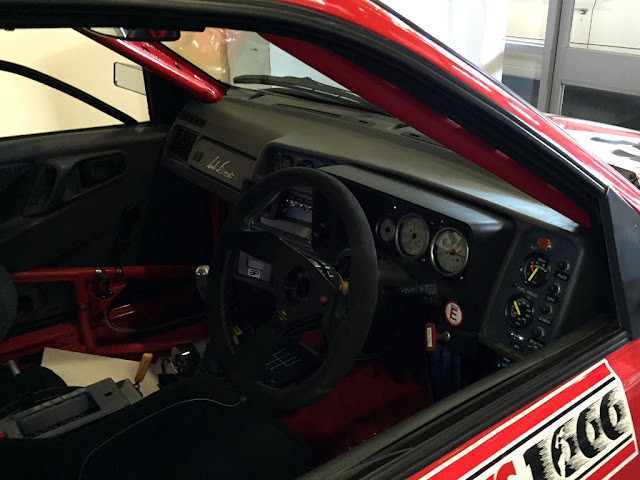 Inside, there's a Sparco race seat, suede Personal wheel, and a six-speed Hollinger behind the YB turbo four.
As further randomly-interesting details: the T-bar style lever to the left of the driver's seat is the front sway-bar control, while the unit in front of the shifter there (with the 'AP' decal) is the brake bias... 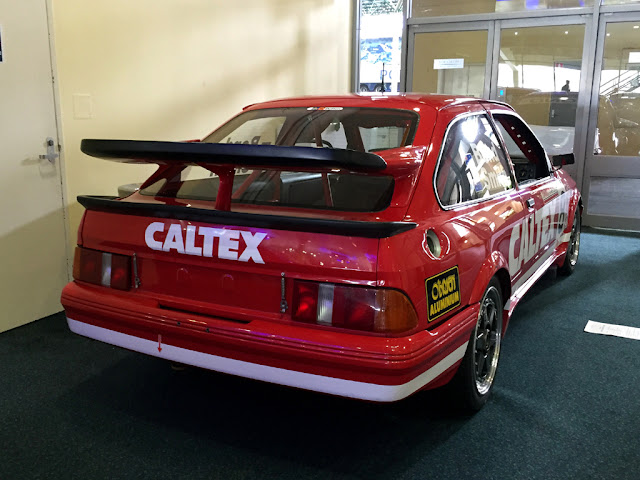 ...and we're done. Finishing off here with a rear shot, a view of that absurd (but absolutely iconic) Sierra RS wing. I'm a fan!


Now I'm off to go crack out that Sierra "Bathurst" Scalextric set I've had since I was a kid.. ooh, and the Texaco Superfast Matchbox.. and the.....