From the Toyota Car Club Victoria 'Classic Japan' show at the start of the month.. 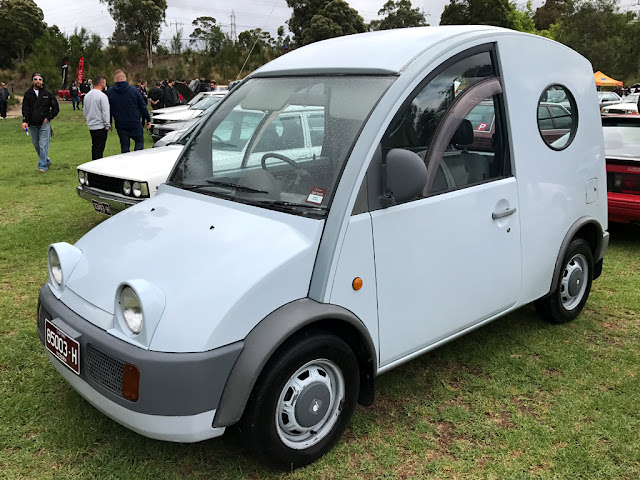 ..what I'd thought this was the last of the Pike Factory cars I'd yet to cover, but it seems I've still properly skipped the Figaro? Either way, the four Nissan 'Pike Factory' cars are briefly covered in the Nissan Pao blogpost I did late last year..

This one? The 1989- G20 Nissan S-Cargo.
A B11 Nissan Sunny based commercial vehicle with snail-themed retro styling. Yes, that was a thing. The name 'S-Cargo' being a portmanteau of 'Small Cargo', while also a clever double-entendre of 'escargot' - the French word for snail. Like a clunky backronym (where the expanded wording is shamelessly based around a memorable acronym), I'm seriously thinking this is a small cargo van that looks like a snail because of the name. It's just too damn convenient!

Anyway, Nissan's Pike Factory pumped out 8000 of these things over a two year run (according to their heritage collection page here), and as far as I'm concerned, 7999 of these then came to Australia to be used for dry-cleaner and restaurant delivery vans.
A quirky, inexpensive-yet-memorable delivery van for many odd businesses. I have absolutely no idea where they all went... 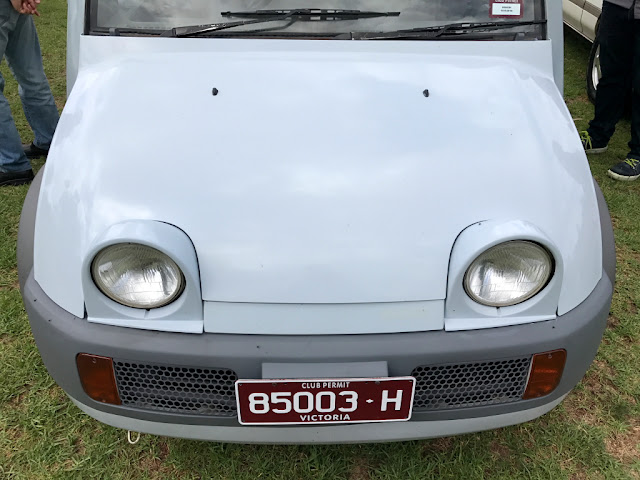 ...this one though?! This one survived!
Not perfect, but showing its age nicely.. and most importantly for me (for this post here, now..) largely untouched. Just a solid example of Le Nissan-Small-Cargo. 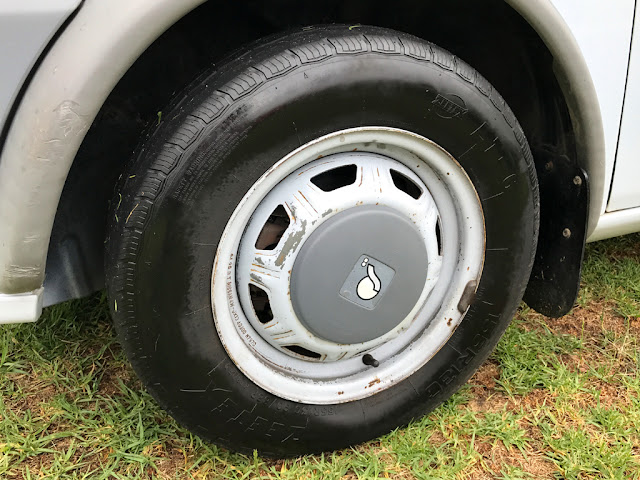 The snailentercap on the original 13" steel wheels. The 155-wide tyres used to really let the S-Cargo's 54kW (~72hp) E15S four-banger tear at the bitumen through those front wheels.
The option of a variable wheelbase that glides along the ground on mucus wasn't popular... 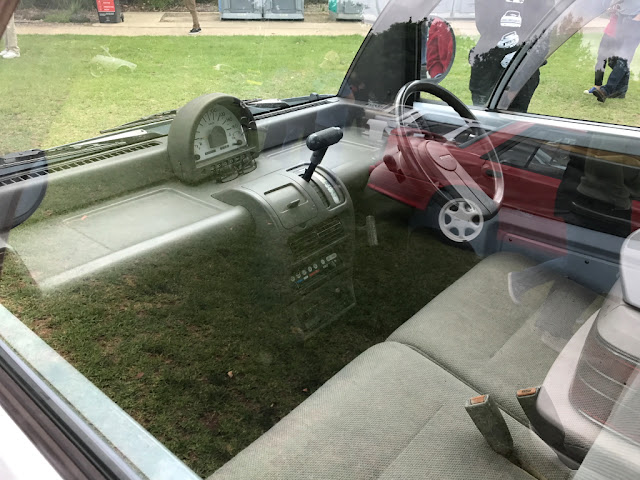 The retro style-first theme charges on inside. There's a dash mounted gear selector for quick changes, a bench seat for slide-across comfort and a luxo N12 Pulsar era steering-wheel for... being quirky enough to not look too out of place. Recycling! 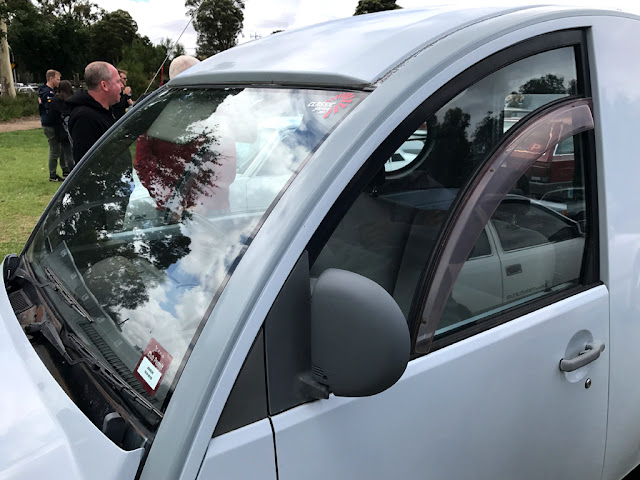 The surprisingly strange glass is something I'd never have noticed until seeing one in person. As far as I can tell it's all completely flat, with the exception being a front screen that gets away with a curve on a single axis!
...and if I'm wrong then it's bloody close regardless. Strange enough for those distortion-free reflections to be hard to un-see! 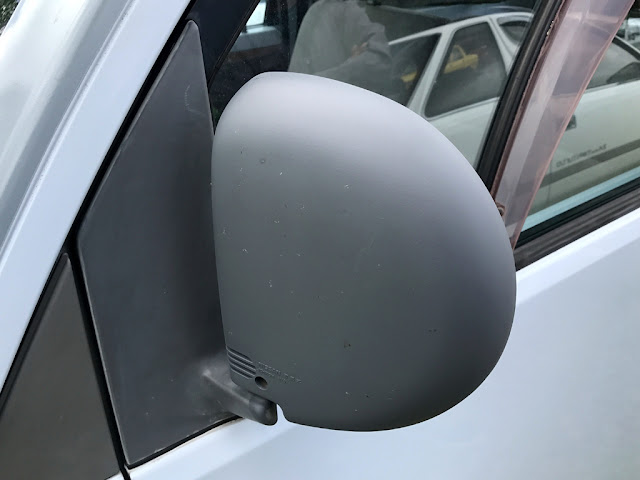 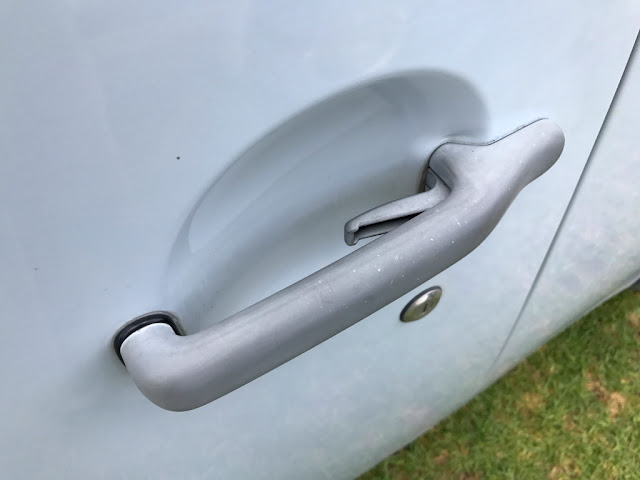 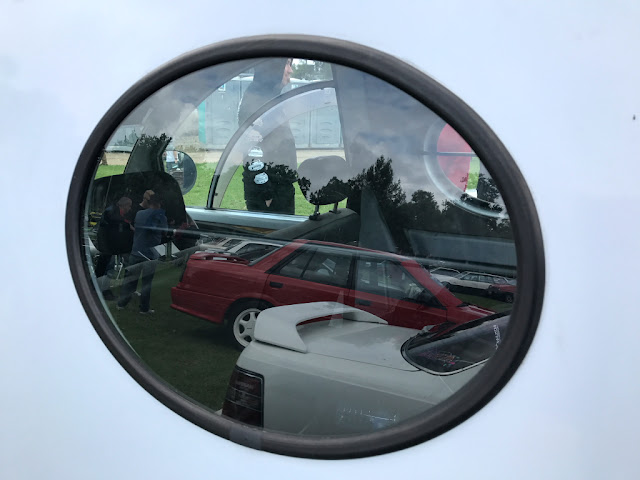 There's an R31 SVD Skyline Silhouette GTS. It is a classic Japanese car show in Australia after all.. 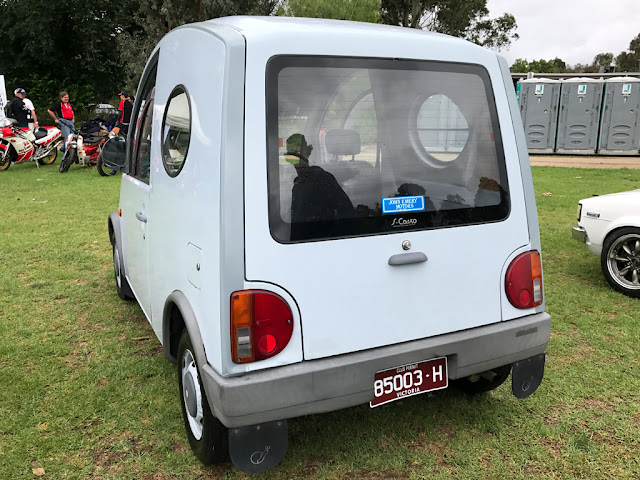 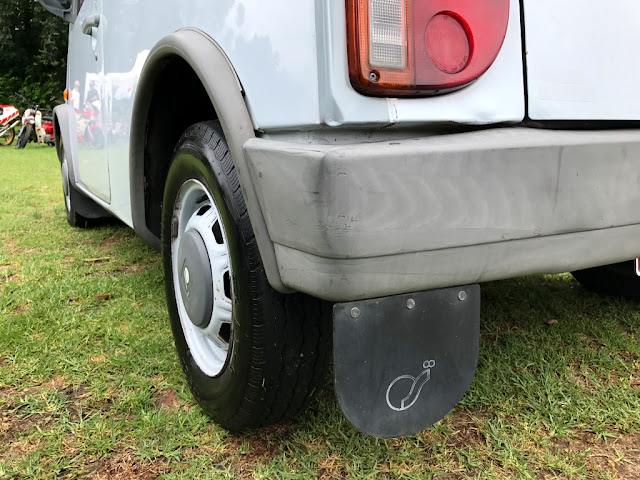 Something tells me the S-Cargo didn't share that mudflap with the BNR32 GT-R... 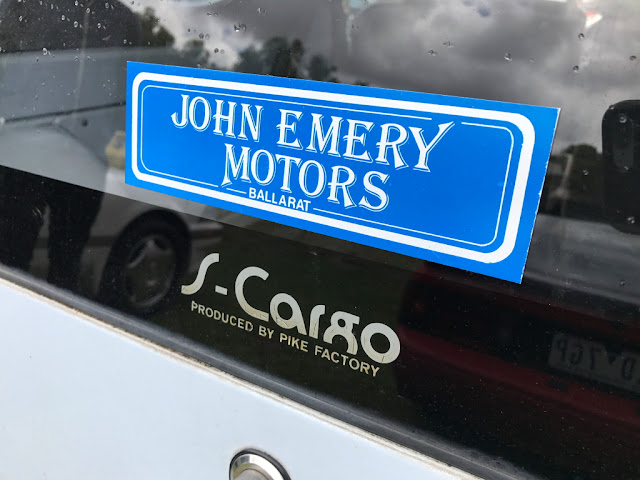 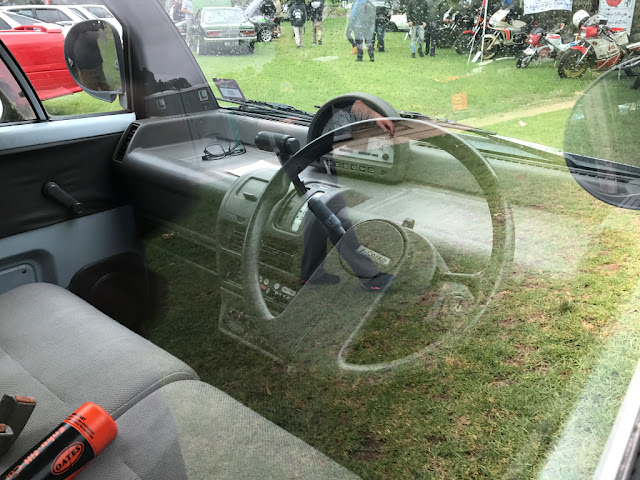 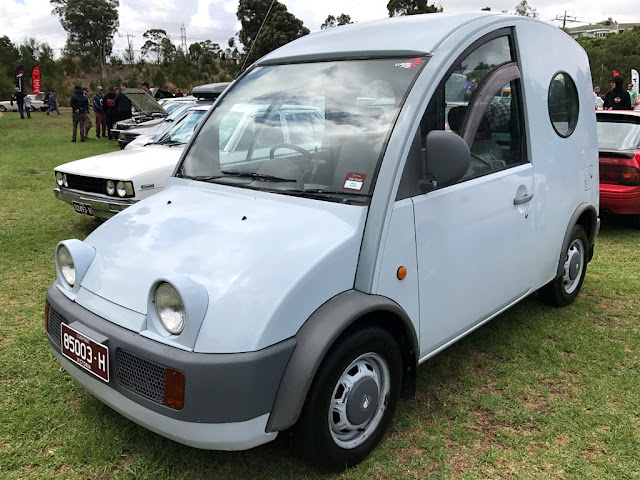 ..and that's a full loop. We're done!
I wish there were more of these things still getting about, but ah well.. that's time for you.
Chuffed to have had the opportunity to look over this one in person anyway - seriously a highlight for me from the show this year!