One of my absolute favourite cars.. of all time..
A car I've always wanted to own; but know that I would then never want to let go of it (and subsequently be tied to another car I 'just cant let go of'!)..
Definitely a car that's worth buying the best one you can, as its expensive to own properly (i.e, not just limp it through your ownership and onto the next poor bugger..), and too beautiful in great shape to find value in buying a nugget.. 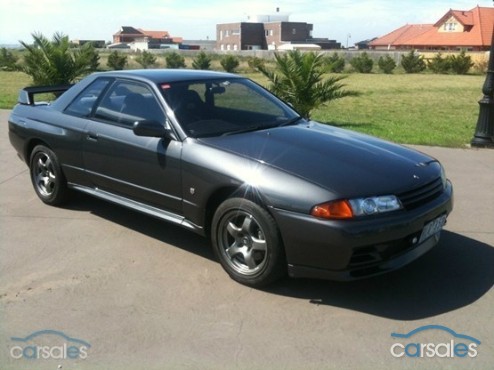 Like I mentioned in the last post - being a 1989 launched model (the R32) - it feels about as 80's as an S15 Silvia or S2000 feel '90's'.. but knowing this would have been engineered/designed/planned for more-than-the-usual time leading up to that 1989 launch, makes it all the more impressive. Nissan really gave it their all for this one.. 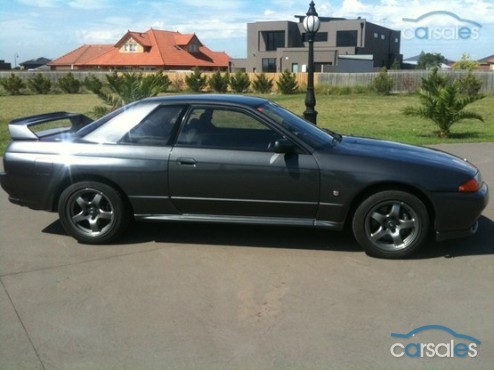 I just love these. RB26DETT, 4WD, 4WS, manual only, road-registered racing car. The Group-A machine that dominated in Japan and Australia, and hell.. a Gran Turismo icon to boot.
Nice lines, great proportions, agressive looking on the road, and heaps of potential. There sure isn't much not to like! 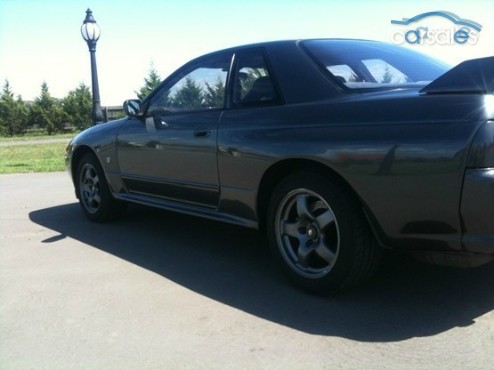 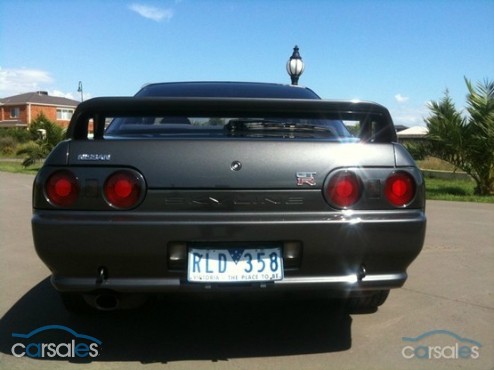 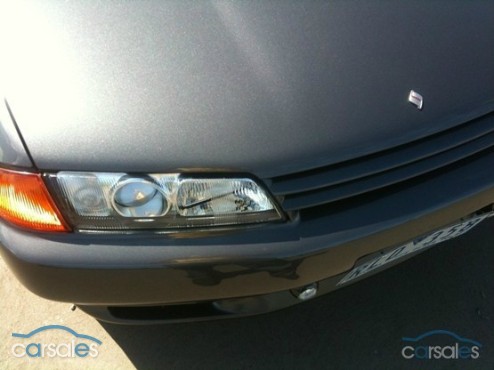 But this car stands out from the usual, by just being so beautifully stock. I love the fact its an early car, and totally untouched. It really is in great shape.
To add to that appeal, it also looks like it has been in the state for a good 12 years or so; not a recent import. 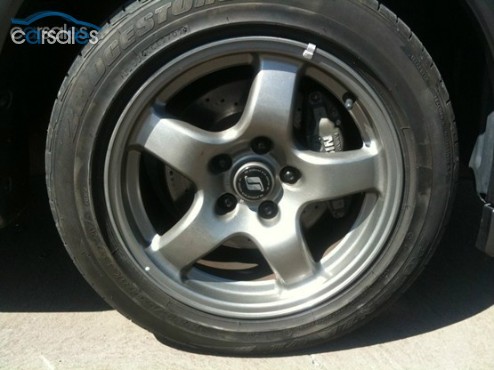 The standard wheel and brake setup.
V-Spec (I and II) cars had F/R Brembo Calipers instead, and 17" BBS wheels. 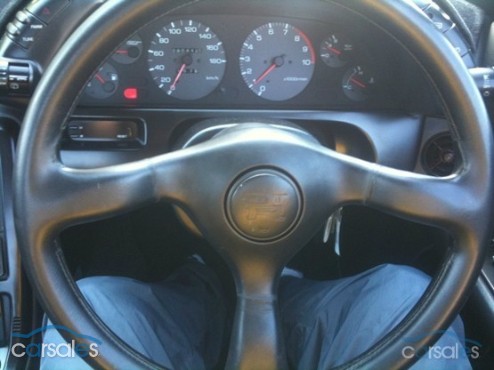 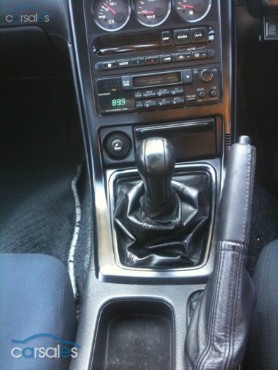 Nothing out of place here. Everything appears to be in great shape, and 100% stock; right down to the original tape deck struggling to reach Australian FM frequencies! 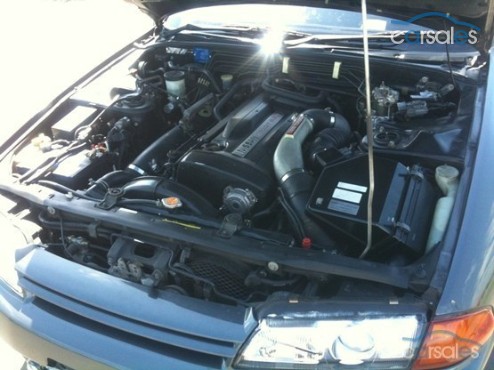 
This particular car is currently for sale, and comes across as a bargain at $19K. There are obviously cheaper examples, but you'd be silly not to look at this one.
I want it so bad, but just cant. I'll just have to keep telling myself I'm waiting for that '94 V-Spec II N1, you know? ha