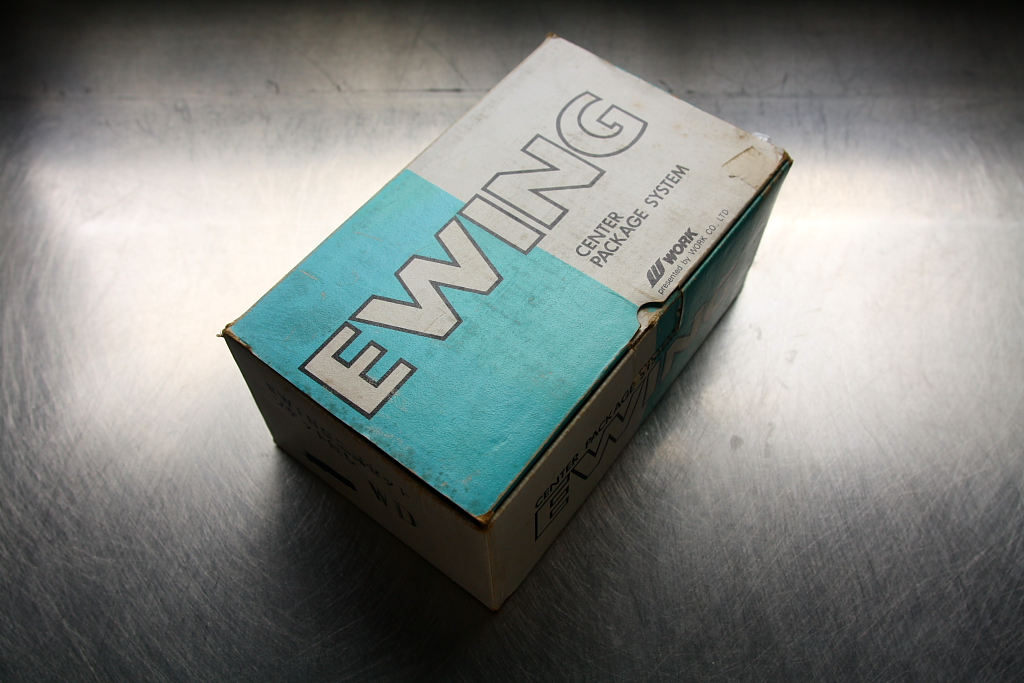 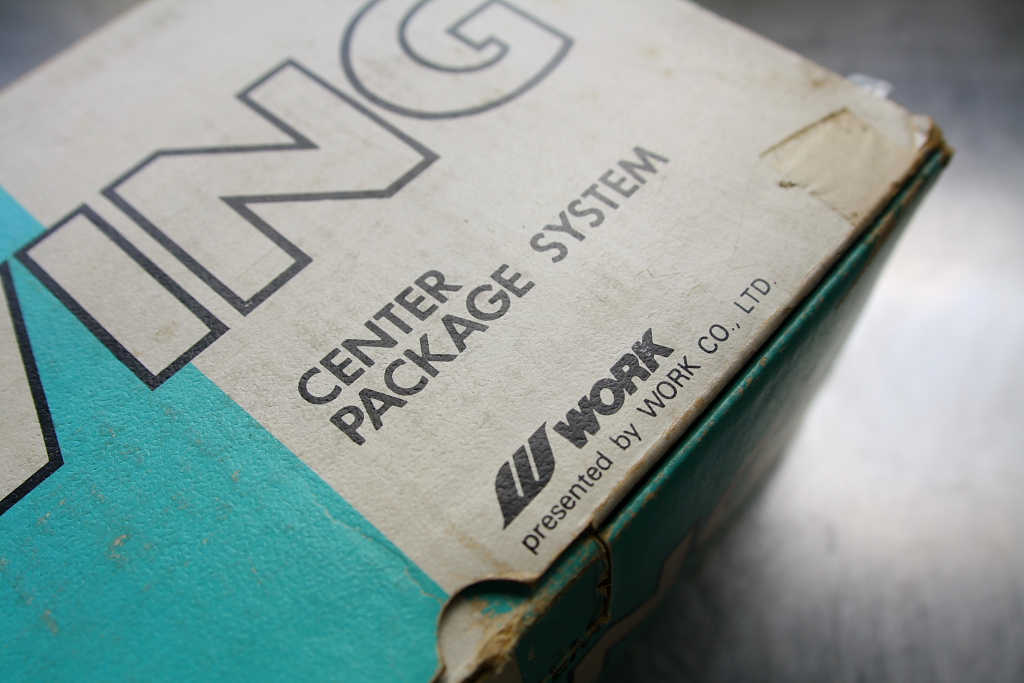 Not sure why so much effort went into the packaging here (maybe to be sold as a spare part/kit?), but I like it. Nice colours, fun fonts, and so on. Sure beats a plain white box! 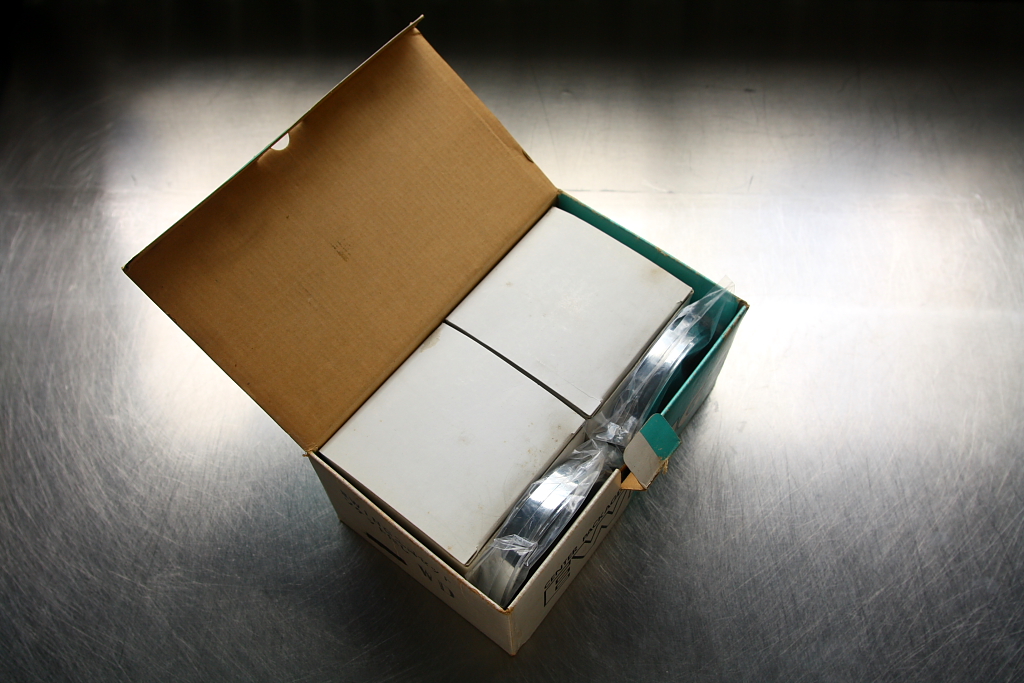 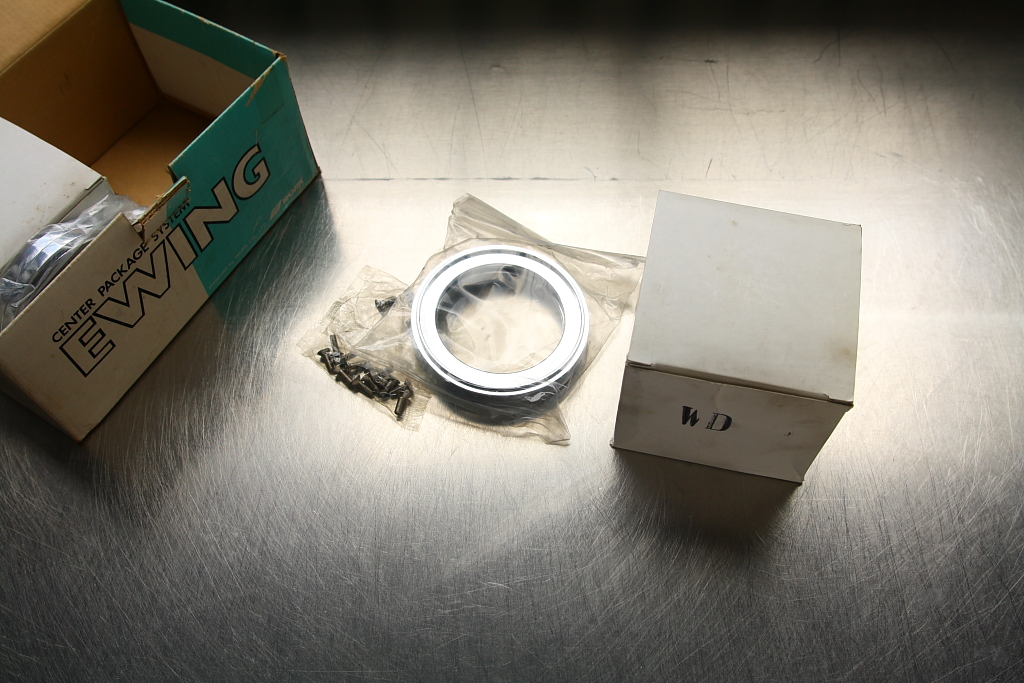 ..Token plain white boxes inside though!
The WD marked on all the boxes is the key code... 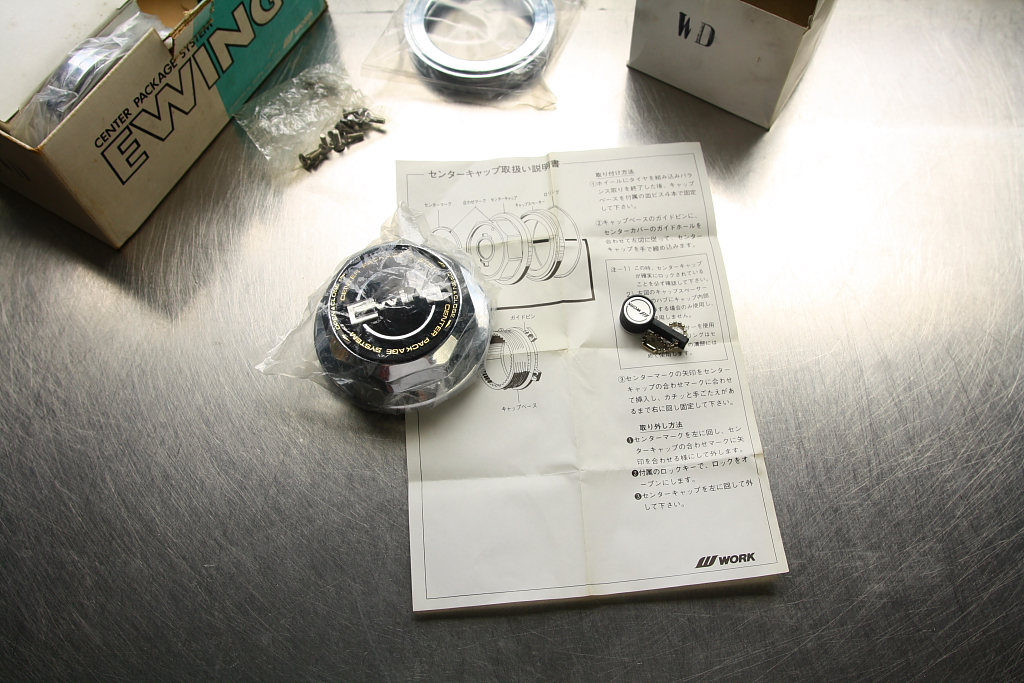 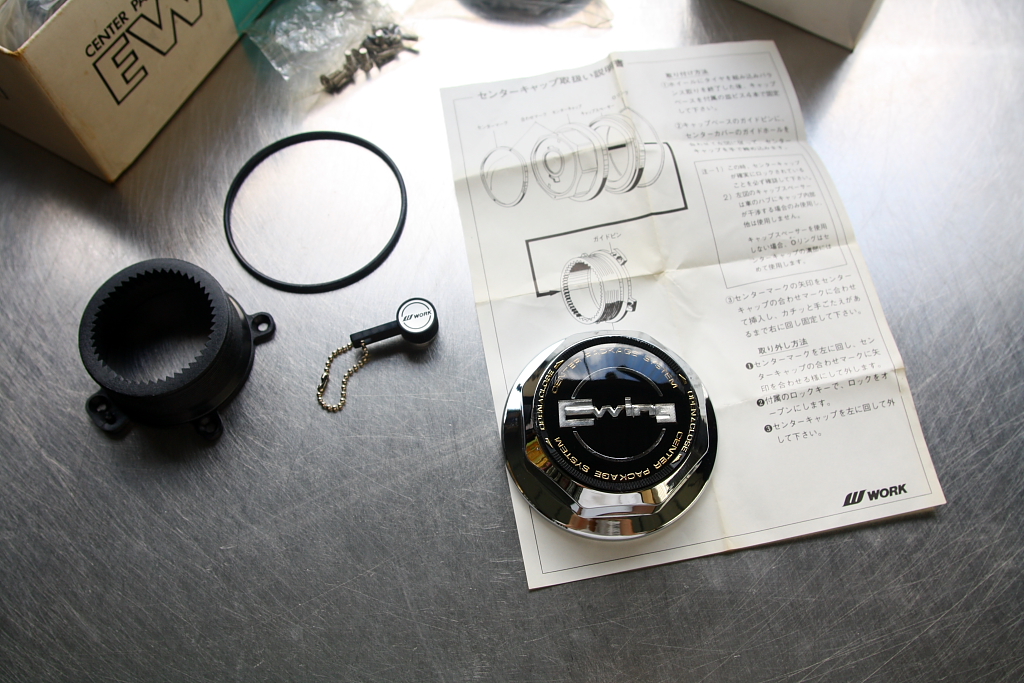 Cap, Key, and O-ring are packaged together... 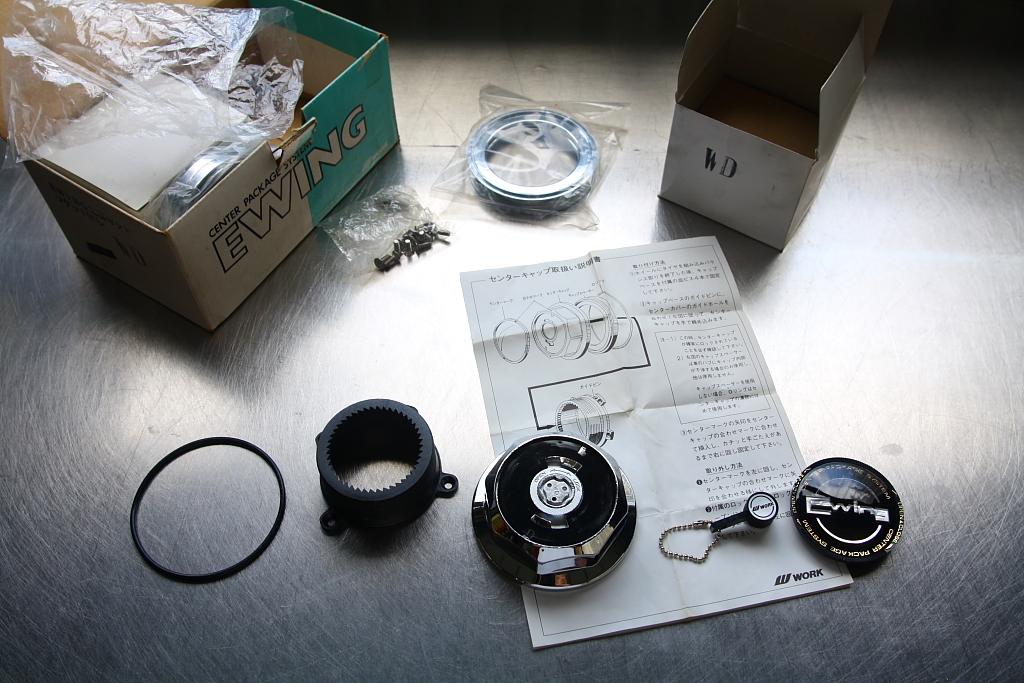 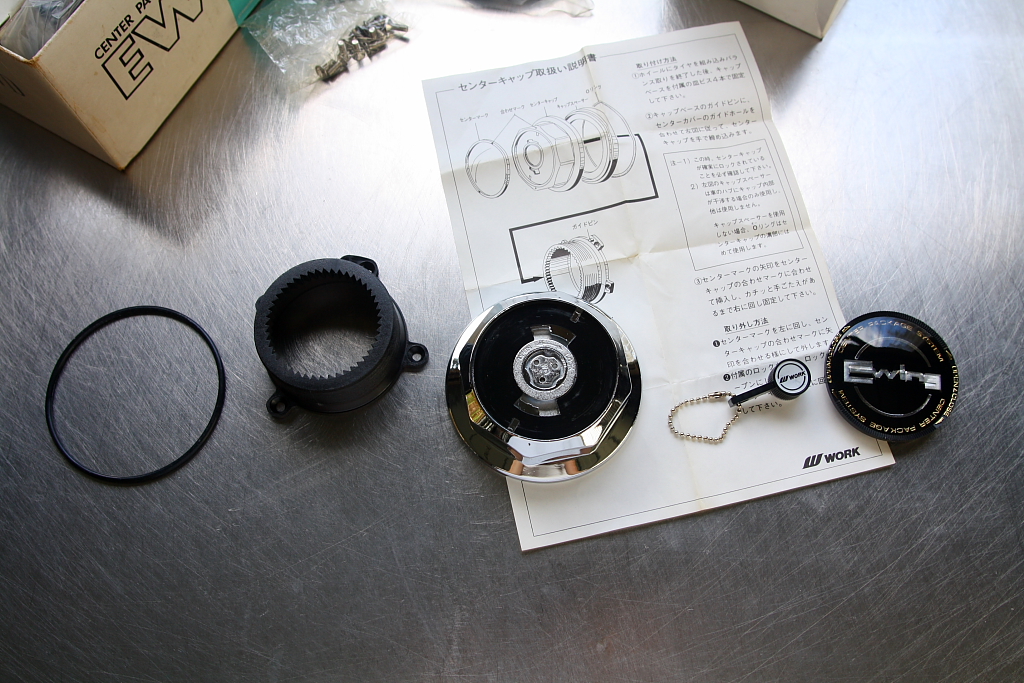 All the components to the cap laid out... 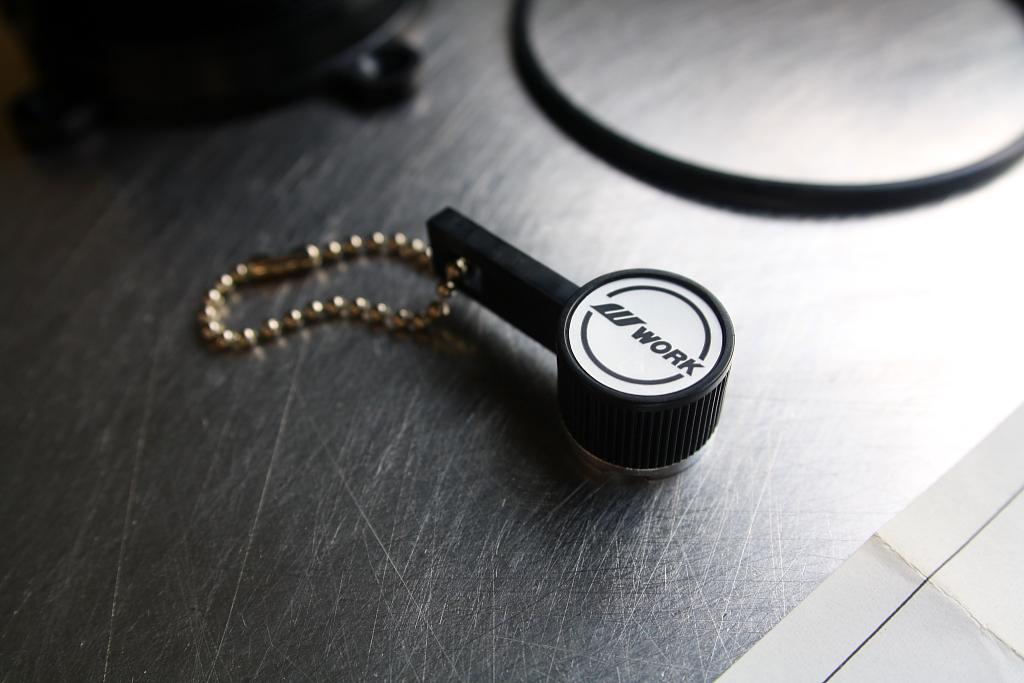 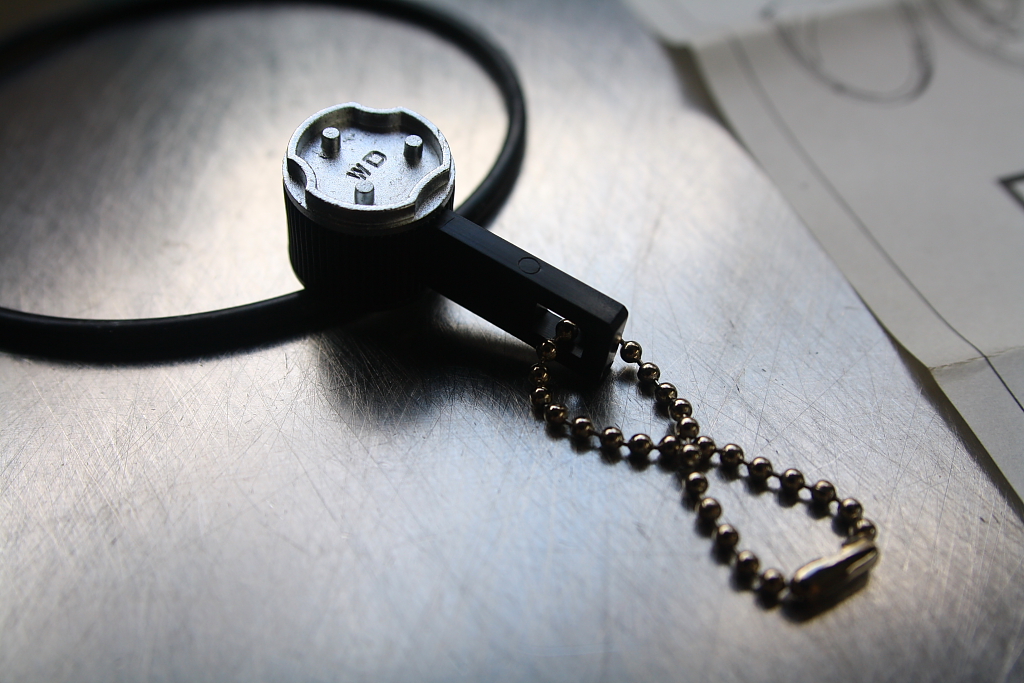 The Work Equivalent to SSR's Electron lock key. Completely different shape and connection... for the same result. The black is plastic, with the key part in an aluminium... 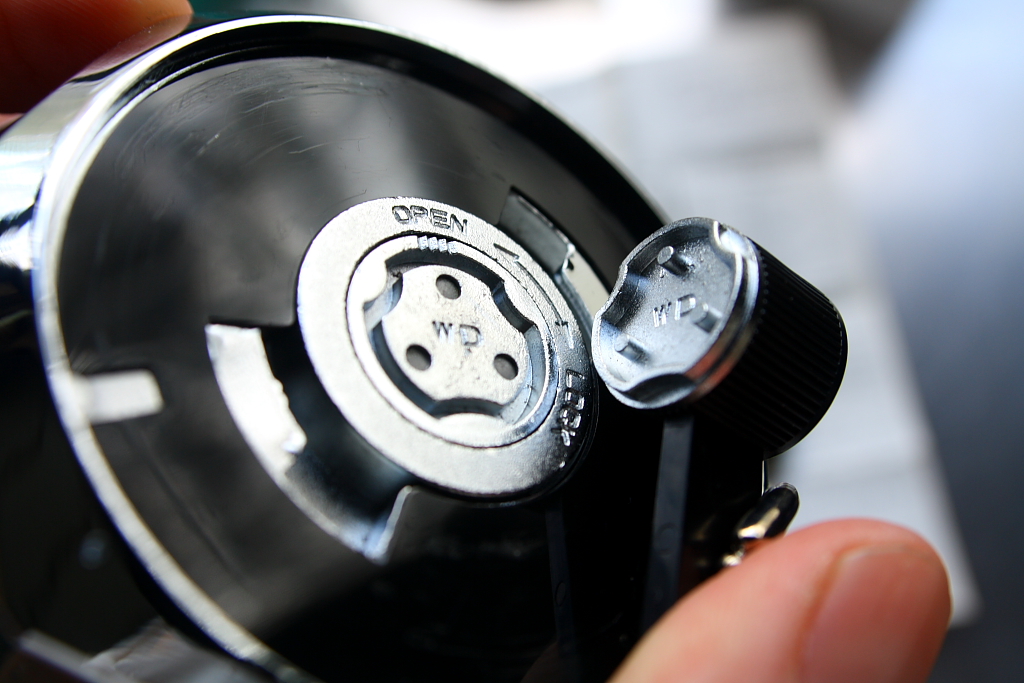 Cap coin removed, and the key against the lock. 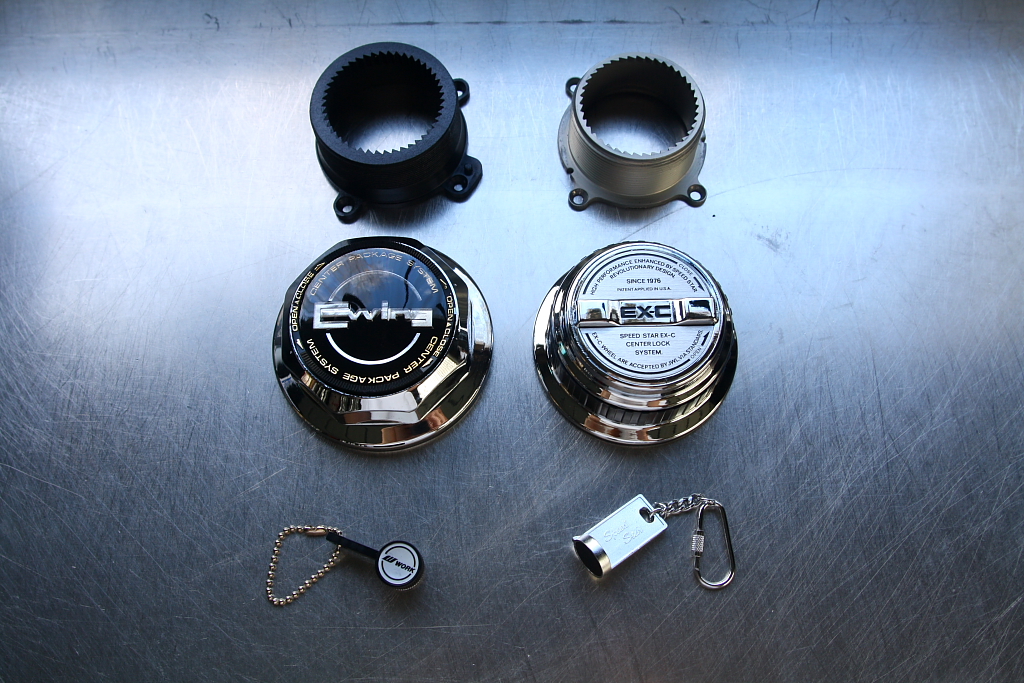 A cap comparison between the Work 'Center Package System', and the SSR Electron Lock 'Center Lock System'.
I've shown a cap/collar off a 1988 SSR EX-C Neo, as its one of the few SSR electron lock caps to have a removable 'coin'.. and that just happens to look bloody nice beside the Ewing equivalent.. :P 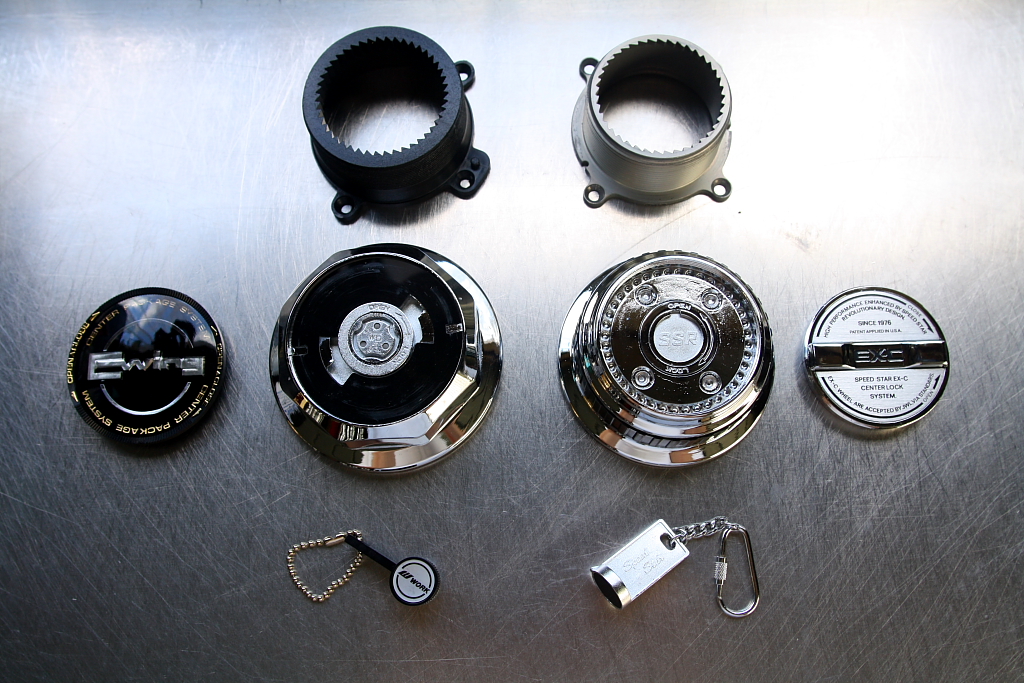 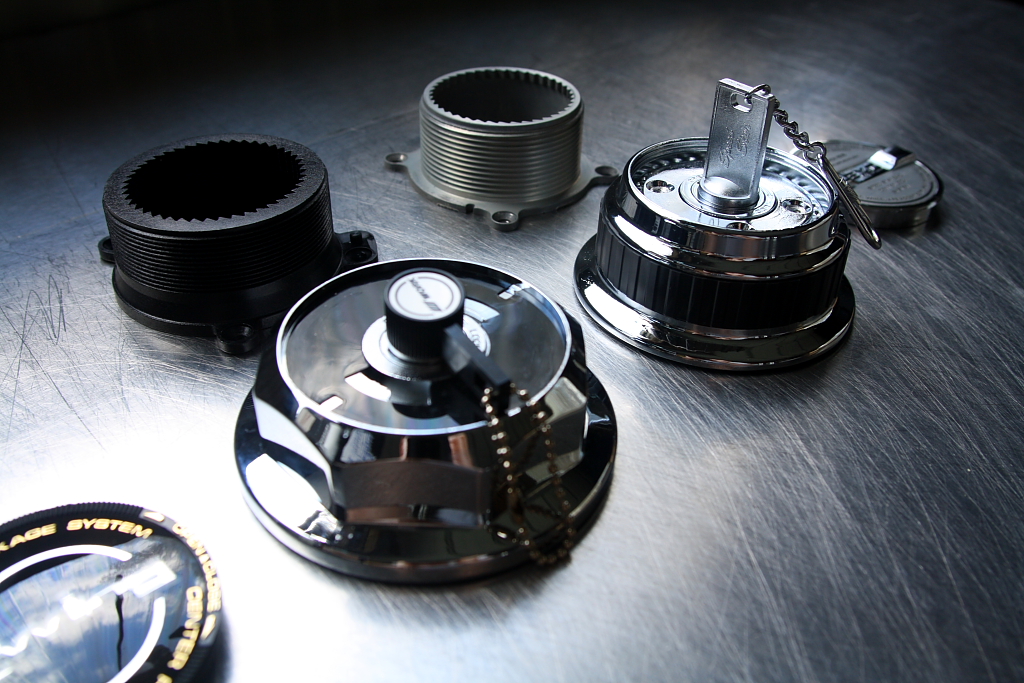 Keys on the locks... 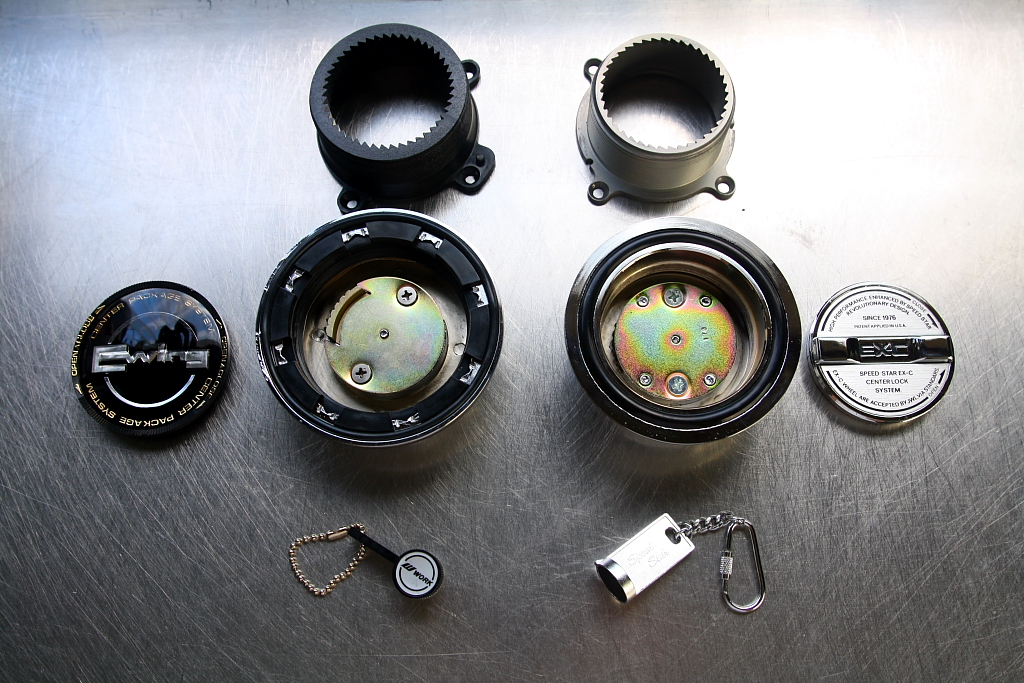 Underside of the caps. Similar idea for both, using a sliding bar with teeth on the end, to push into matching teeth on the inside of the collar.
Couple differences..
- Work collar is plastic, while the SSR one is aluminium/alloy
- Work cap thread is a plastic insert, while the SSR one is cast into the cap body..
..and most importantly; the size of the extended SSR locking-bar teeth into the collar, allows the cap to ratchet on. Winding the Work cap onto the collar while it is locked, simply results in the cap jamming against the outer face of the teeth... 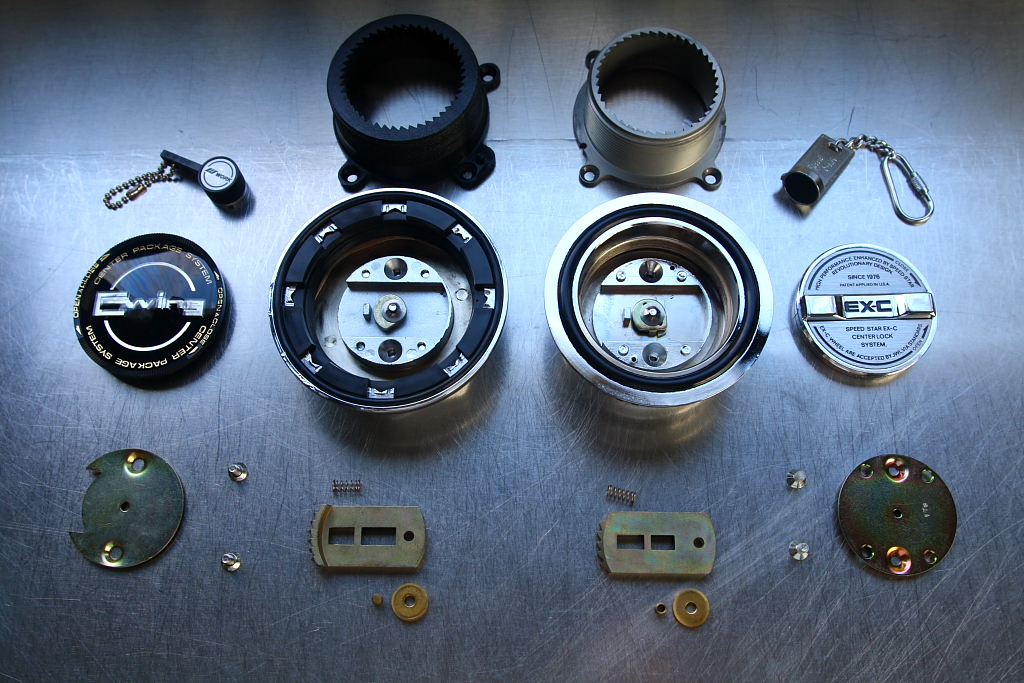 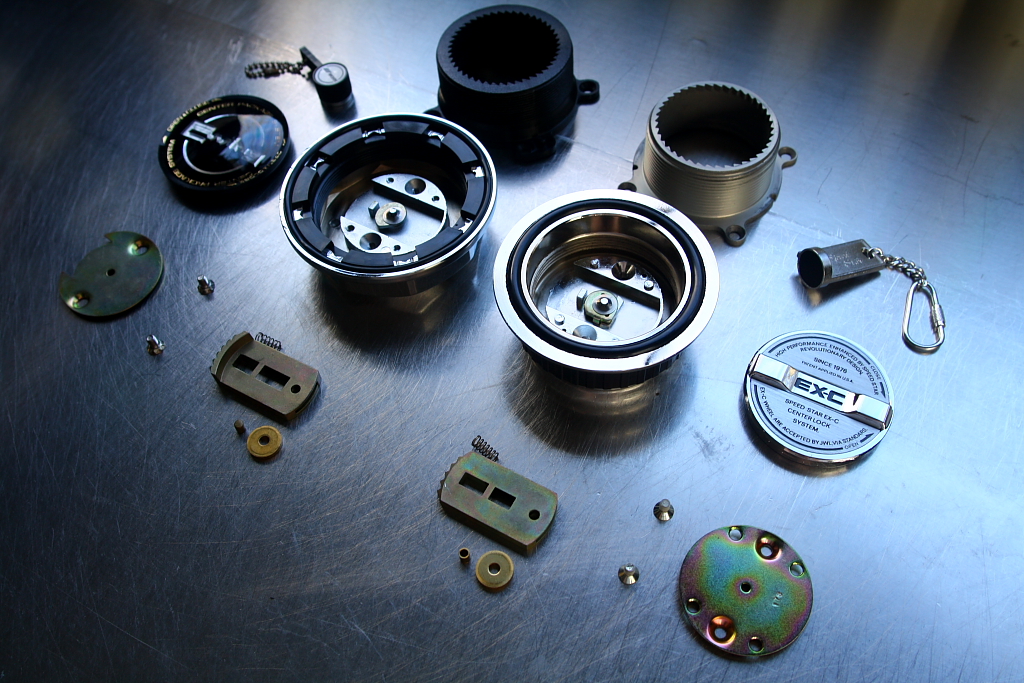 Rear covers removed, to get a better look at the camp/slide mechanism.
The caps are incredibly similar - to the point of possibly having the same people/company involved in the design..
One small/interestingly little difference between the two caps shown, is the pin that holds the locking-slide's cam roller wheel. Its a solid piece of (brass maybe?) rather than the small piece of tube that the EX-C cap shows. The solid pin is actually happens to be something I've noticed in earlier SSR caps I've opened!

I want to pull the Work caps apart further.. but was hesitant to damage them. I'll keep a lookout for a junk locking cap for that. 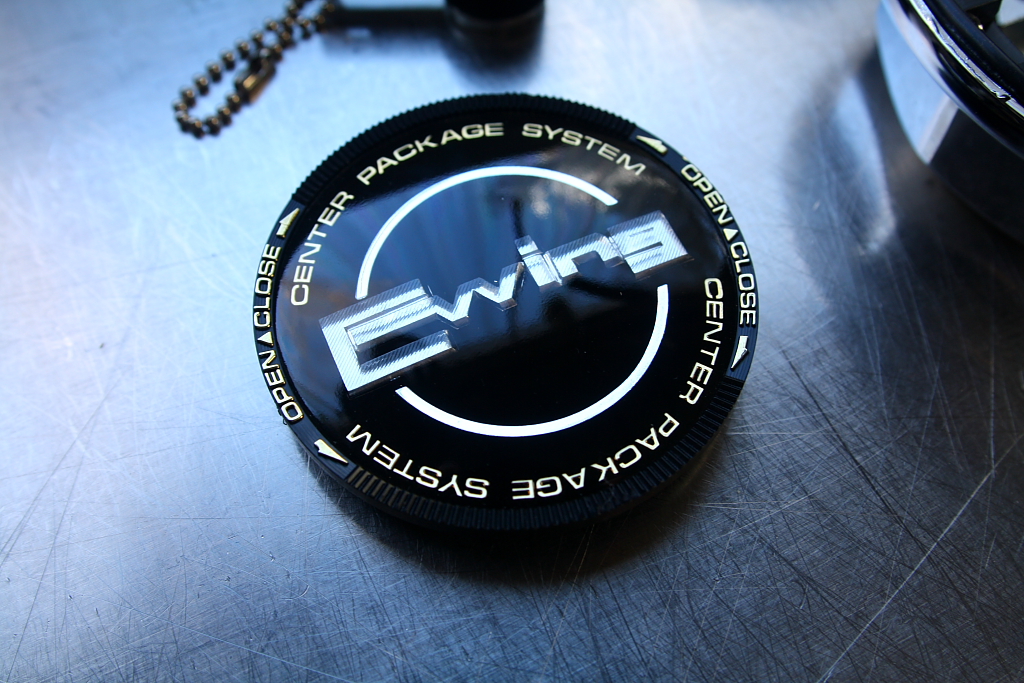 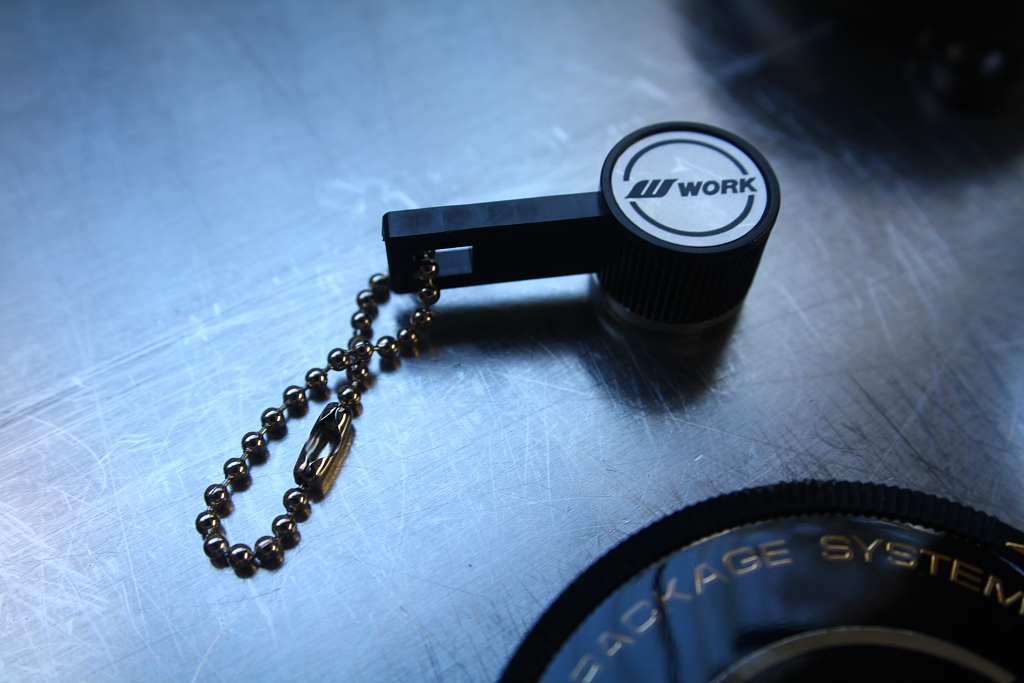 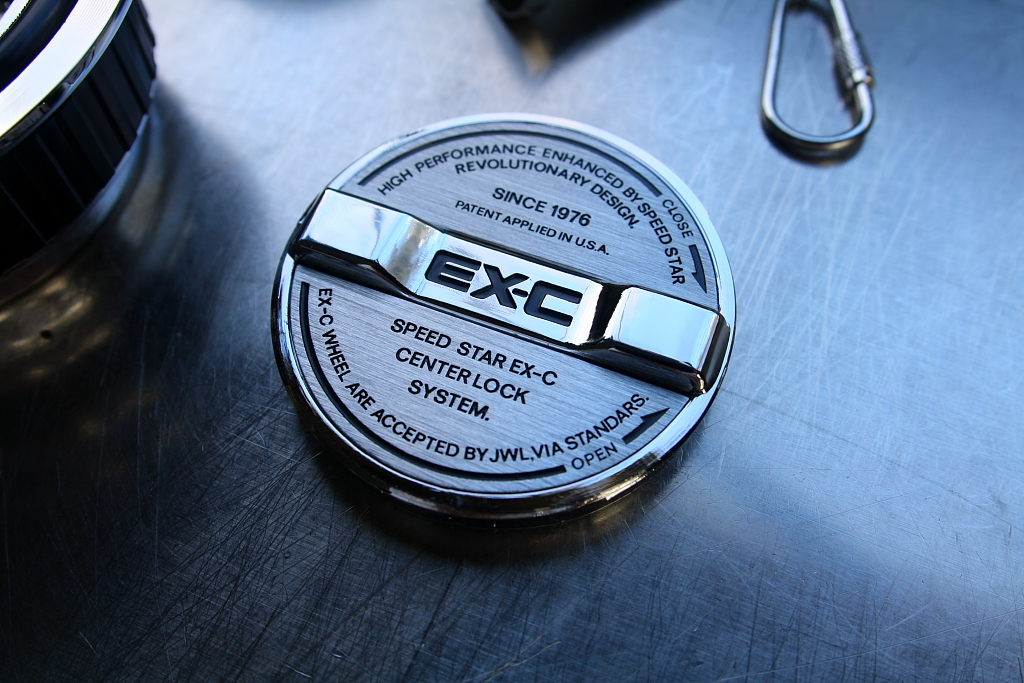 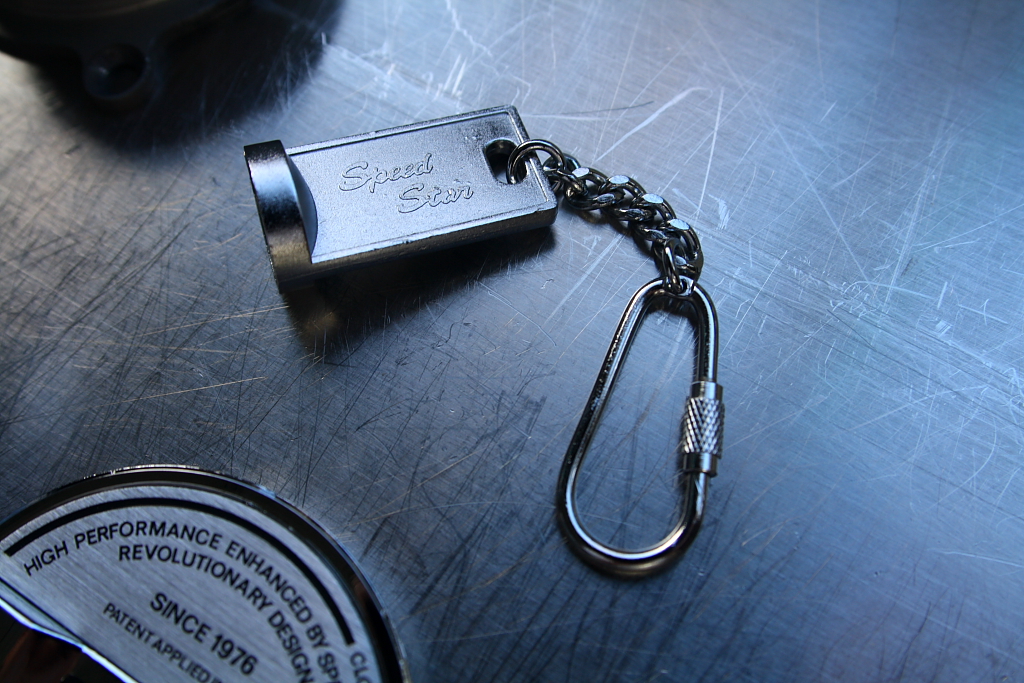 Couple more shots of those 'coin's' and keys. Love em. 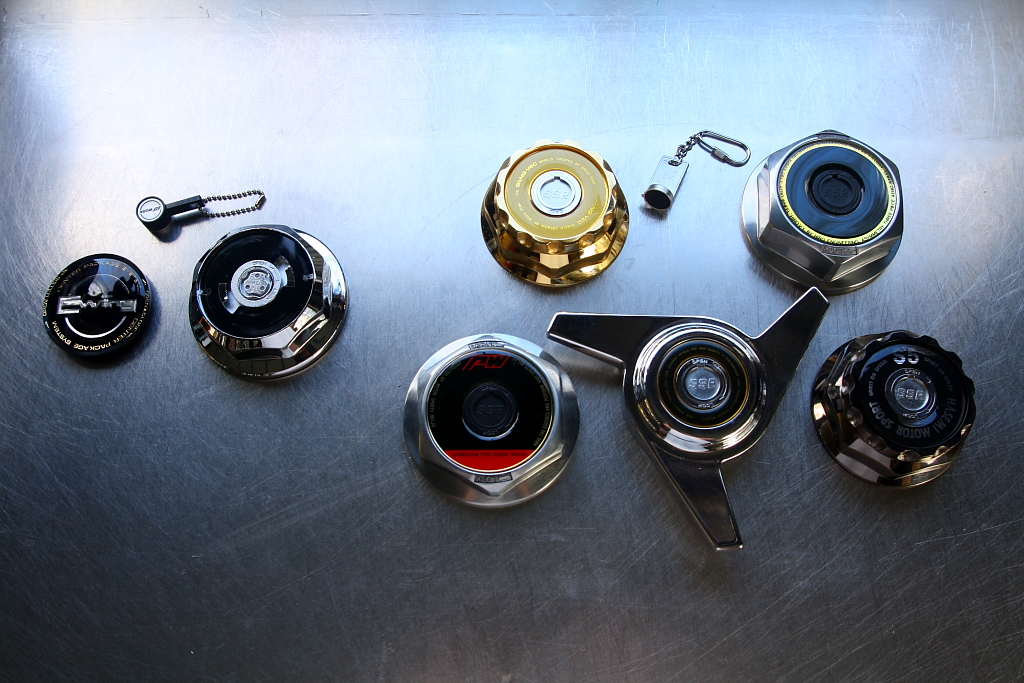 All in all, It's still the SSR caps for me, for a variety of reasons..
- The small chrome metal key. No plastic. No decals.
- Metal threads for the collars and caps - its just so much more durable.
- The caps ability to ratchet on while locked, complete with a satisfying tool-like 'clink' with every turn..
- The rear of the lock - the sliding bar is almost completely hidden..
- And (ignoring the EX-C Neo cap above) the SSR's lock design, with it's lack of pins going into the lock-front, better lends itself to being exposed. There were plenty of cap designs with no risk of losing the coin of the front of the cap.. 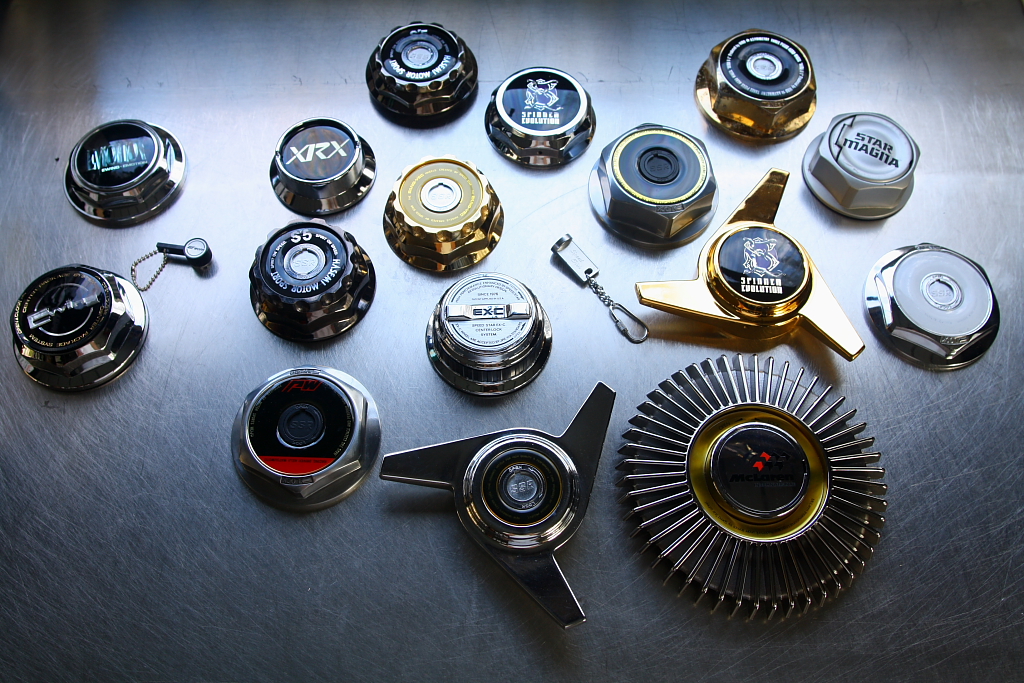 .. hell, then there's the overall variety of designs and finishes. Deluxe.