However long you think something like this would've taken to compile...
..you're wrong.

Double it. Triple it.

Ignore the stupidly tedious task of scanning and photoshooping; because urgh; do you have any idea how hard it is to flick through old magazines and not get distracted..?
I'd set about doing this.. uhh.. 4ish hours ago, to just find and scan two Courrèges adverts I'd previously posted shots of on Instagram. Simple.
..yet next thing you know; it's nearly 3am.. I have to get up for work in a couple hours.. and here I am scanning an A4 picture of a woman with goggles...

Pah - it's worth it!
I have to say sorry in advance for what might seem a little incomplete, but I had to stop somewhere. I was still digging for a better look at the later ACG/ACH in another advert, although this'll have to do - for now; at the least it covers all the gems we know and love!

So, here they are. The French fashion designer André Courrèges' take on Kei-sized alloy wheels.. with a couple advertisements from 1983-1986 - what very likely seems to have been their heyday.
The whole series of ads are about as ridiculous as they come.. and (luckily for me) easy to spot when flicking through magazines, due to their thorough use of the signature colours.. the white, pink and blue... 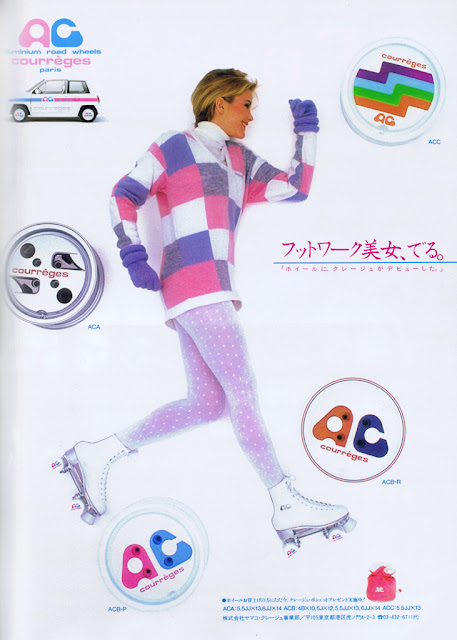 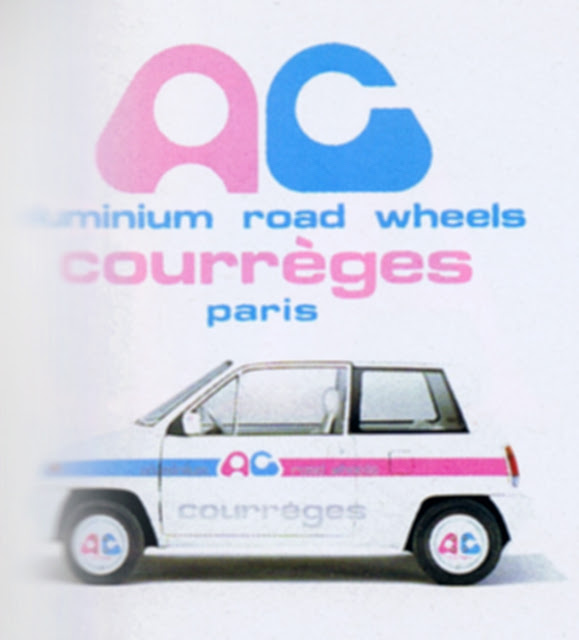 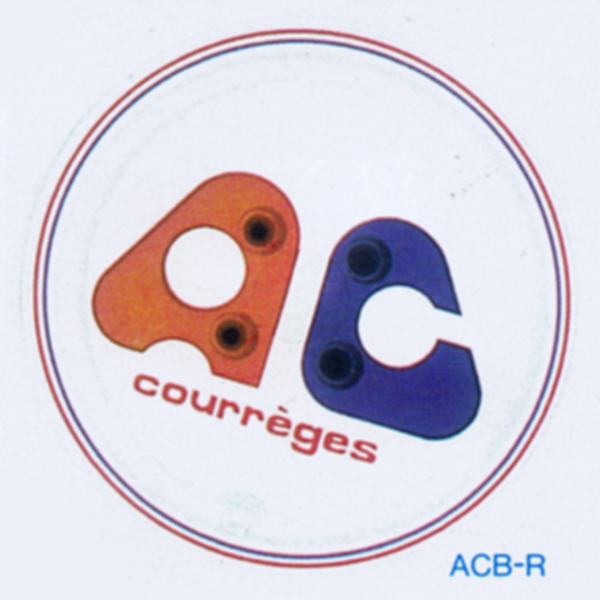 From late 1983; a woman on Courrèges rollerblades, a Honda City, and the first three letters of the Courrèges wheel alphabet: the ACA, ACB (in two of the early colours), and ACC.. 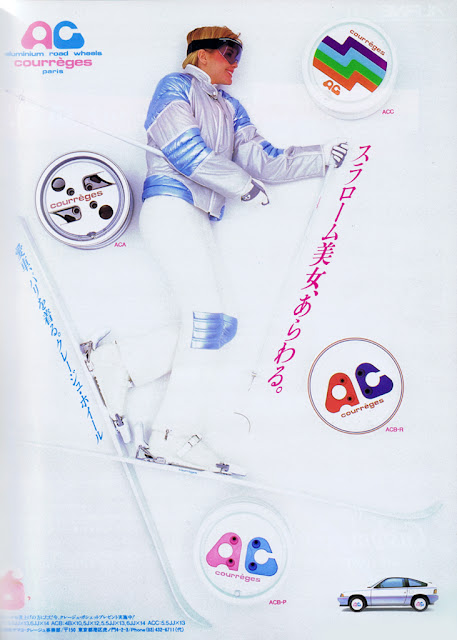 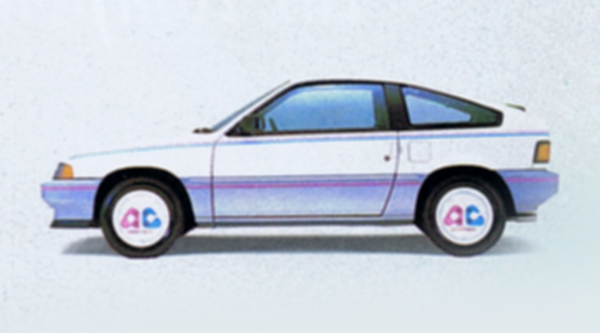 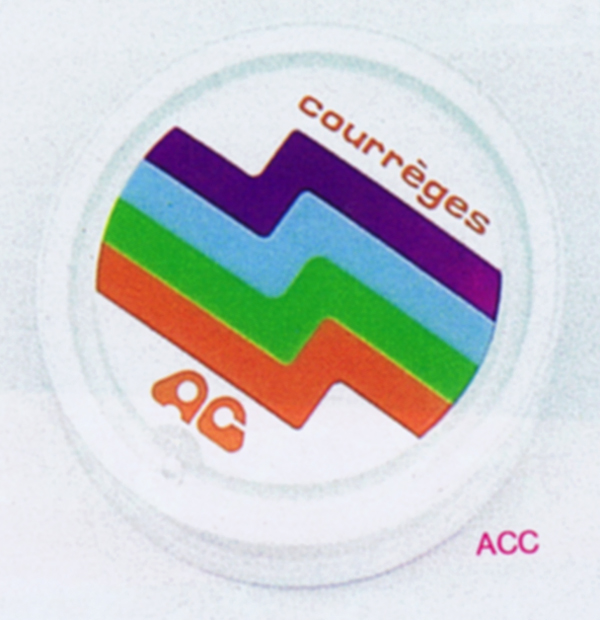 From early 1984; horizontal skiing instead of the rollerblades, a Honda (Ballade) CRX instead of the City, and the same wheels moved about. Here's a better look at the surprisingly-rare and uber-colourful ACC.. 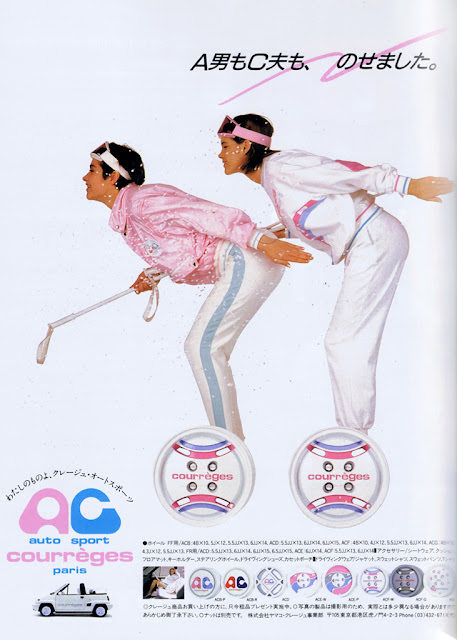 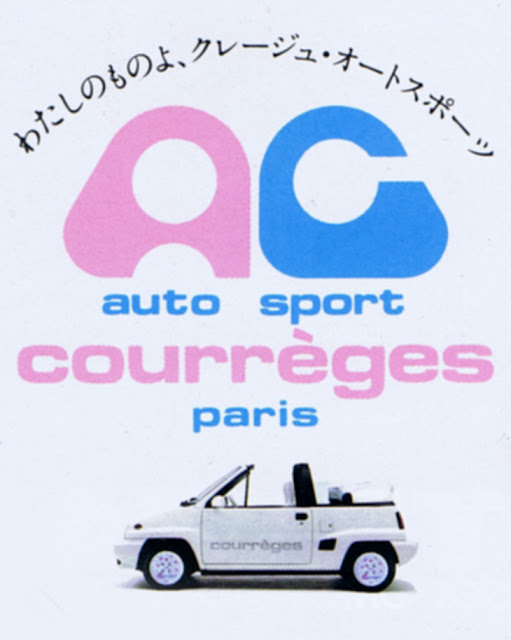 ..and a look at the range at the time. Remembering this is two years after the previous advert (I'll have to have another look to see if I've got anything on 1985..), yet the ACA and ACC have already dropped off.. more-than-replaced by the ACD, ACE, ACF, and the ACG - as seen on the little Cabriolet. 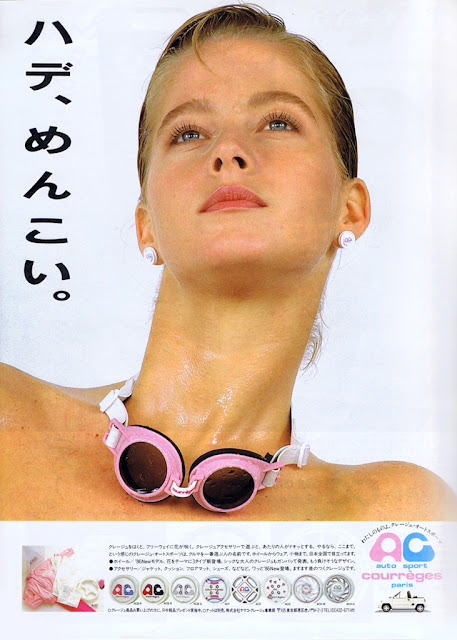 ..the woman in goggles mentioned above, and a look at what is from memory the rest of the wheels I can ever remember seeing; with the ACH new sometime in 1986.

Now.
I could be wrong here, but I can definitely see a bit of a pattern for the naming. A bit of fun to help remember regardless.
AC? well that's simply André Courrèges initials.
This is followed by the letters A through H, seemingly just in order as the designs came about.
Wheels offered in multiple colours then have a -X depending on the colour. This is the interesting part. It looks as though it's just the initial of the most obviously-identifying/differentiating colour: P for Pink, R for red, G for grey, and W for white..!

Yeah? I promised it was fun.

That's it for now here.. for these absolutely fabulous little chunks of cast aluminium.
As I mentioned above, I'll come back with a little more on this when I inevitably find more ads.. but this seems complete enough for the moment. It covers the letters and many of the colourways available over the years. Short of a better look at a couple of them, we're sweet..!

Otherwise..? Since it's now well past 3am, and I'm becoming delirious with tiredness.. quality-control hurled out the window.. jokes unnecessarily recycled..
We're done. Good. Great. Fabulous.
..and damn that chick's got a long neck..