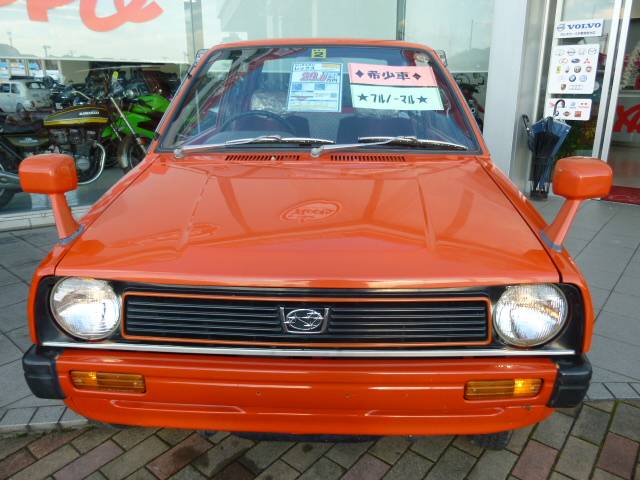 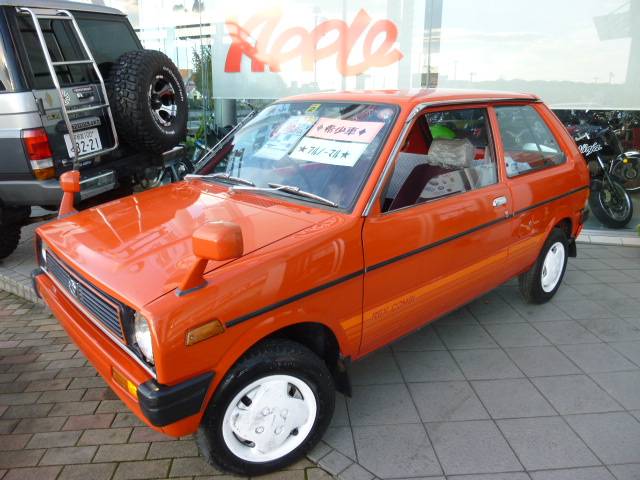 1982 Subaru Rex.
Second year of production for the second generation of Rex; and the first of the FWD for this little Kei nameplate.
These were powered by the EK23 550cc twin, and remained in production until the 1986 introduction of the third generation Rex. 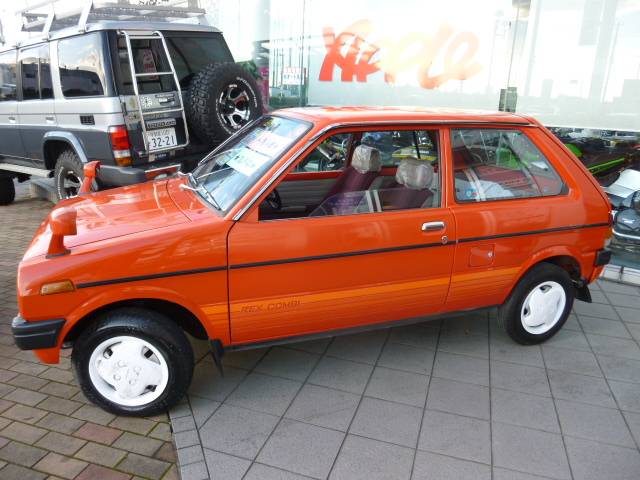 While this car has some great details... such as the high stance over skinny wheels, four-spoke hubcaps, fender mirrors (that are so far forward they may aswell be on the car in front..) and large rigid mudflaps; its the colours that catch my attention.
Yep, I'm here for the epic paint and trim combination on this one.. and seriously... wow. 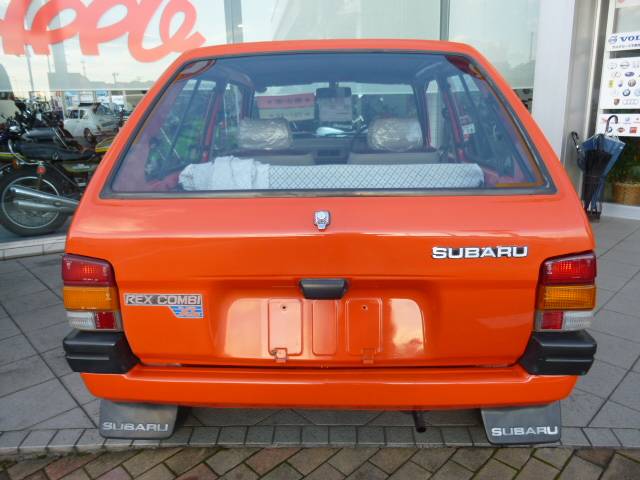 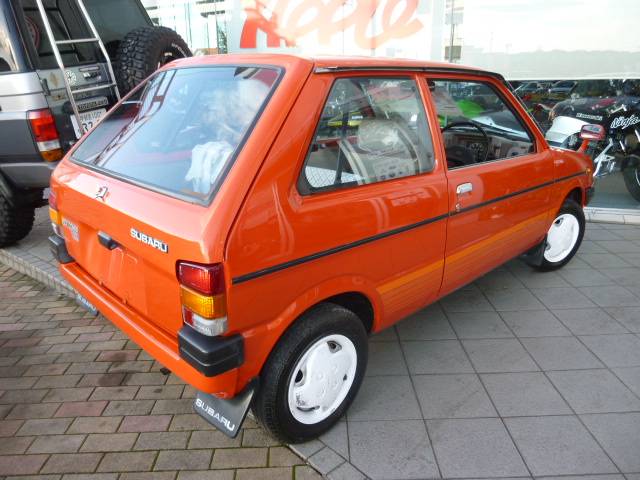 Looking great against the bright orange paint, are those fantastic gradient-orange decals running down the lower sides.
Yet naturally with a thoroughly orange and black exterior... 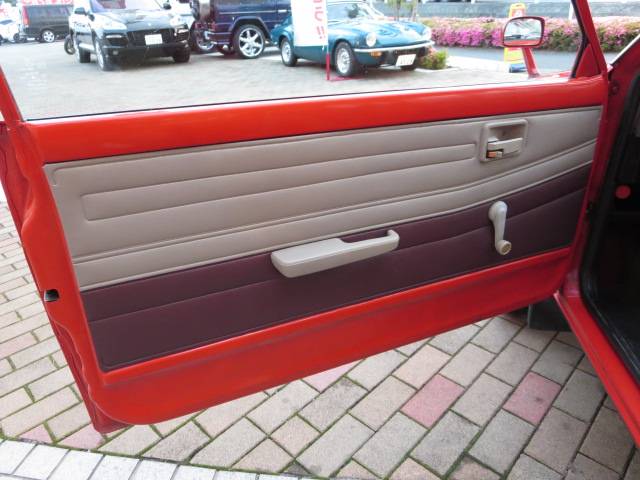 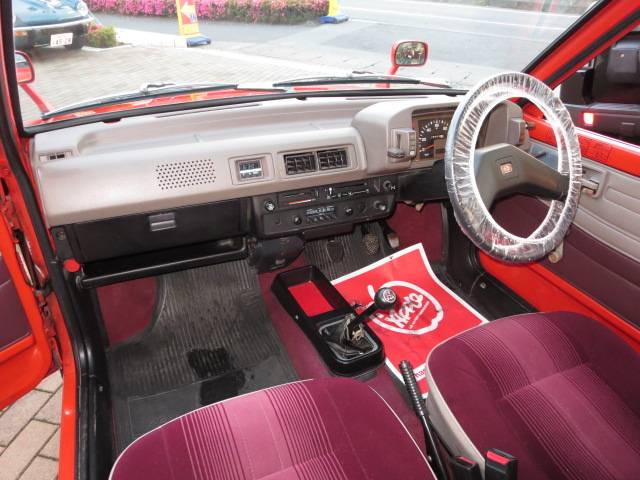 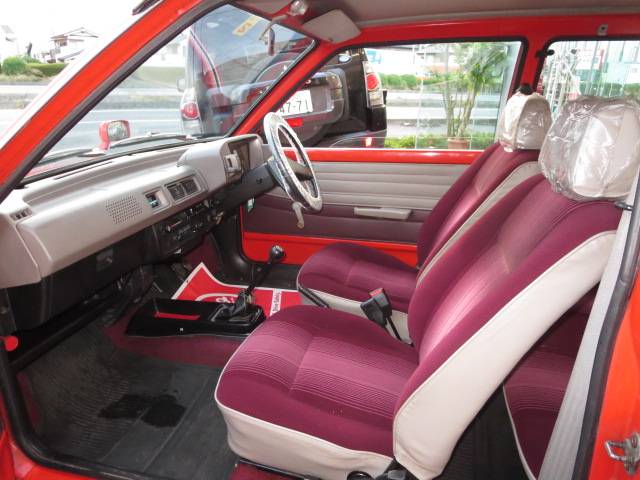 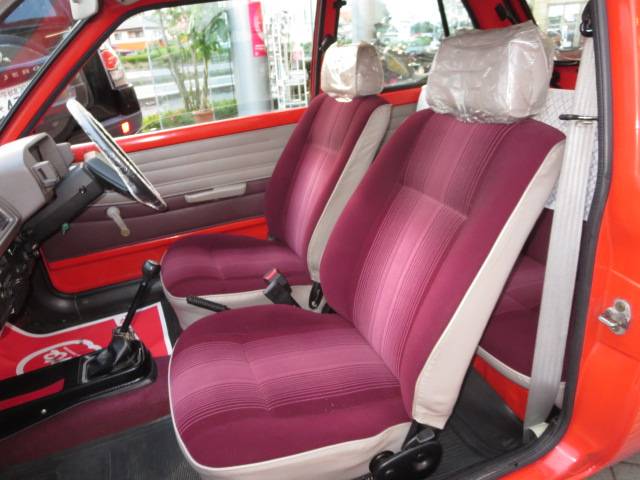 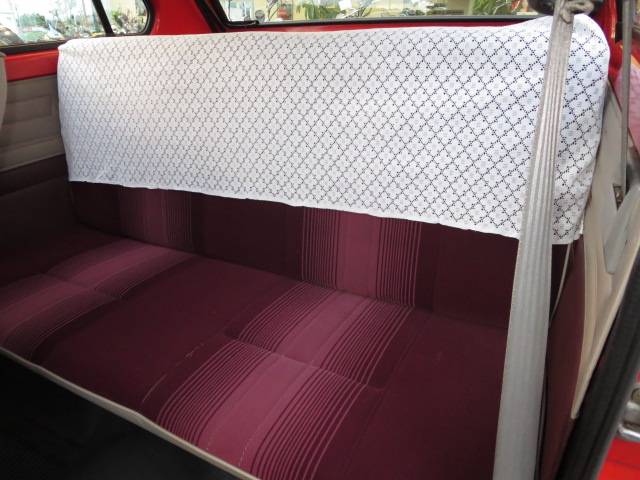 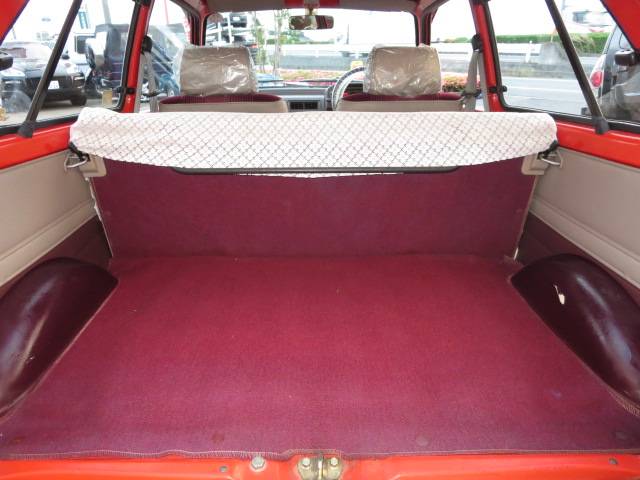 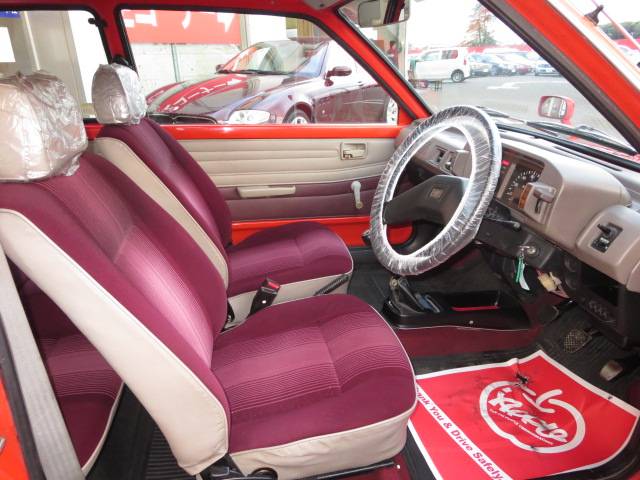 ..an equally wild Plum velour and white vinyl combination!
Never seen anything like it.!