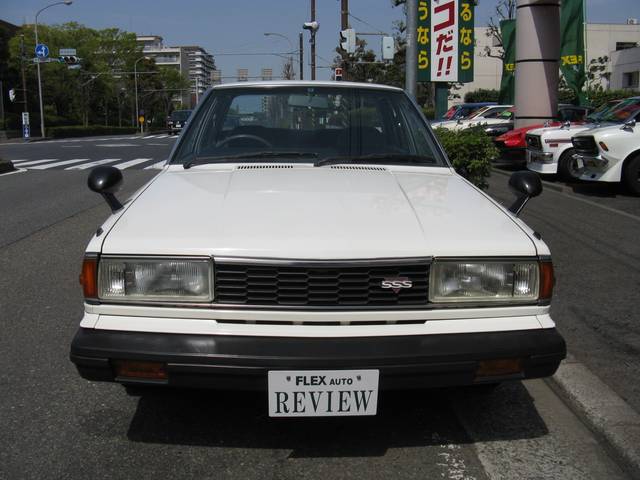 Neat high-spec example of the P910 Datsun/Nissan Bluebird - the first of three generations of Bluebird that were available through the 80's. 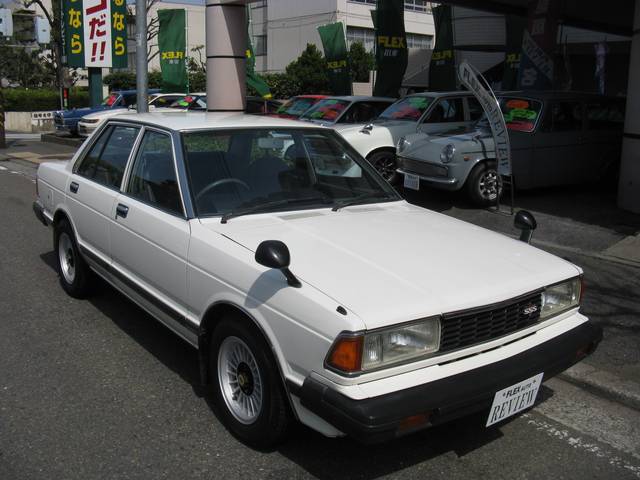 Released very late the decade before, this model was on the market until 1983. 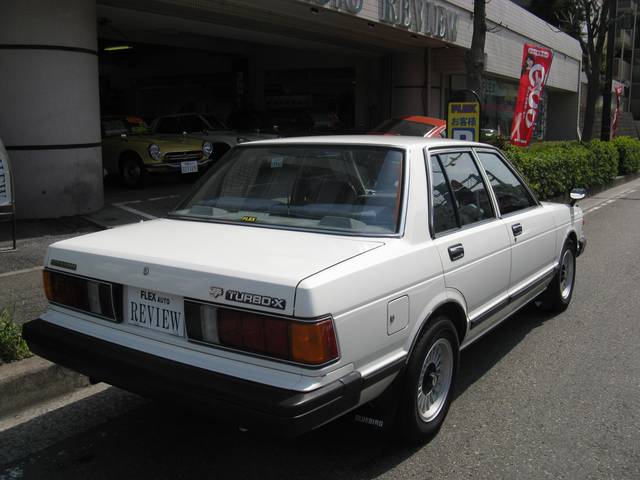 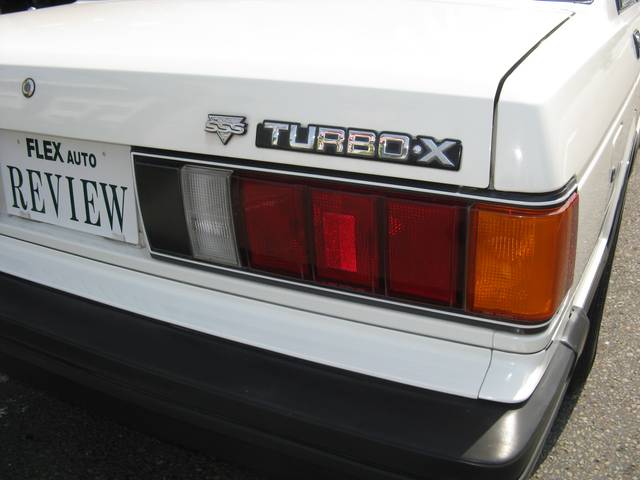 This particular car is a upper spec, and relatively late build - a 1982 P910 Bluebird SSS Turbo-X. 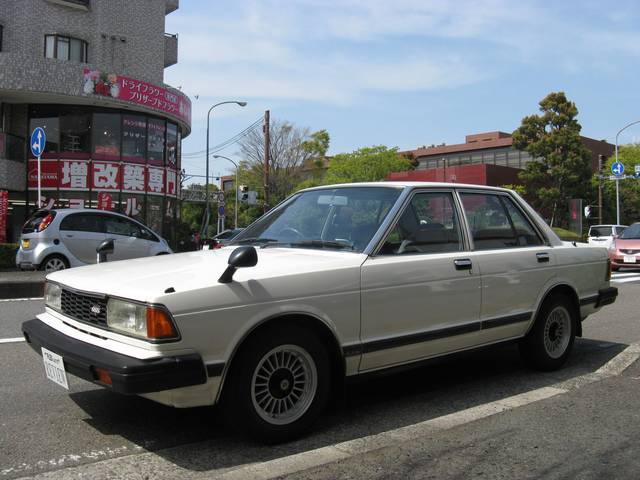 While available as a 4dr pillarless hardtop; this one is a traditional pillared sedan. Interestingly similar to the Ford Cortina from the same era; the design is neat and very simple.. with a squared 3-box design that looks near enough symmetrical about the B-pillar!
Late days for the fender mirrors, but I love them. 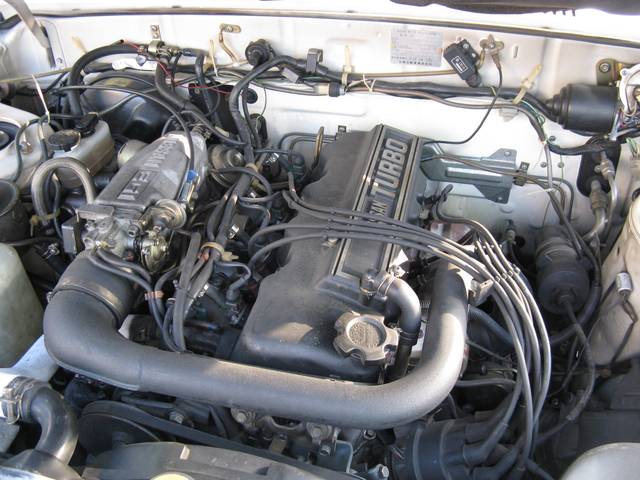 The P910 was the last generation of RWD Bluebirds; so the Z18ET - a SOHC 1.8litre injected and turbo four - sits longnitudinally up front, driving the rear wheels. 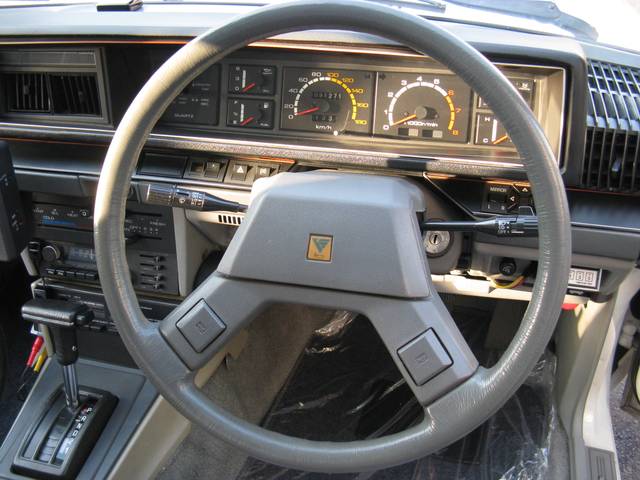 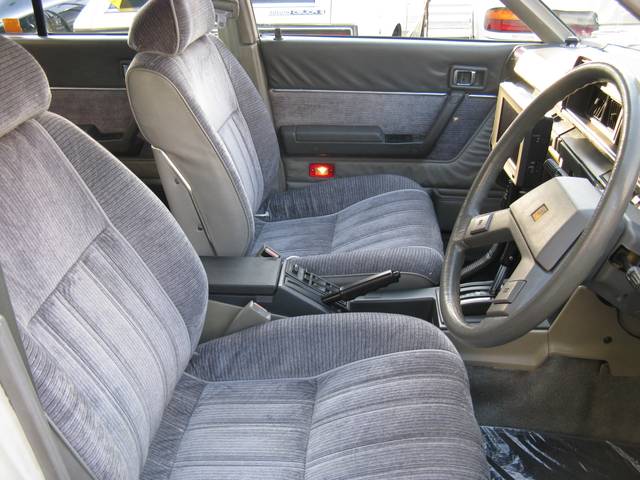 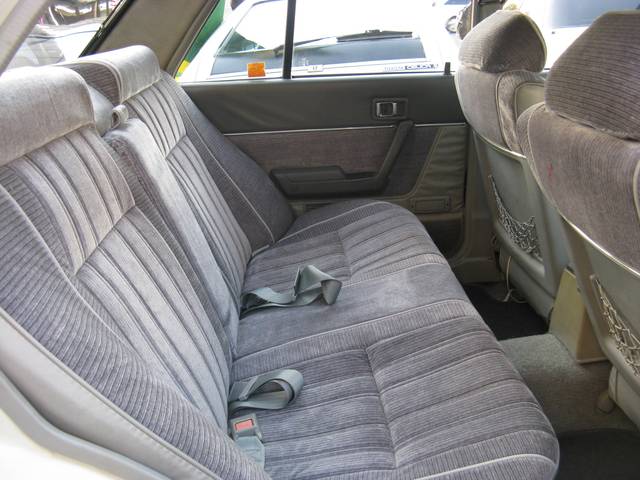 Inside this less than 100,000km/60,000mi example, impressively clean for its 31years of use.
The bare two-spoke wheel and acres of grey is drab for what is a performance trim in the model range, bur nothing offensive here.