How? Why? Needlessly specific? Why are you showing me this just now?

Well. This is a photo-set I took specifically for my Club Registration application, later the same day I'd discussed it with the bloke in charge of these registrations within the club. Kept things fresh.
To anyone reading this who doesn't happen to be in Victoria, Australia; a 'club plate' or "Club Permit" is a limited-use registration for classic vehicles - just about anything that's managed to last at least 25years, and is a member of a car club in on the scheme.
You get to drive the car 45 days a year (that's nearly once a week) while sporting some heinous burgundy plates. The point being? Ohhh, it's cheap.
When a year's full-registration is up around the $750AUD mark nowadays, having the option to drop that down to $150-or-less on something you barely drive anyway.. well it's just hard to say no.
Yet I'd resisted for so long (and still do on two other eligible vehicles). There's a handful of downsides (fiddly registration process, fixed plate sizes/combinations, club registration label for the windscreen, tied to a club, whatever), but the main thing? The plates. To mention for the second time in this post; they're.. yeah, they're hideous. 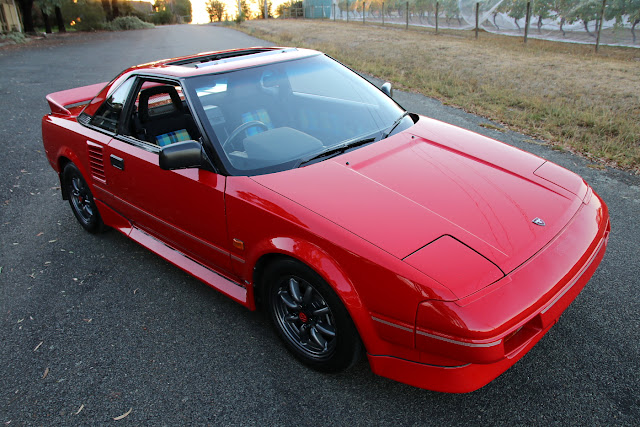 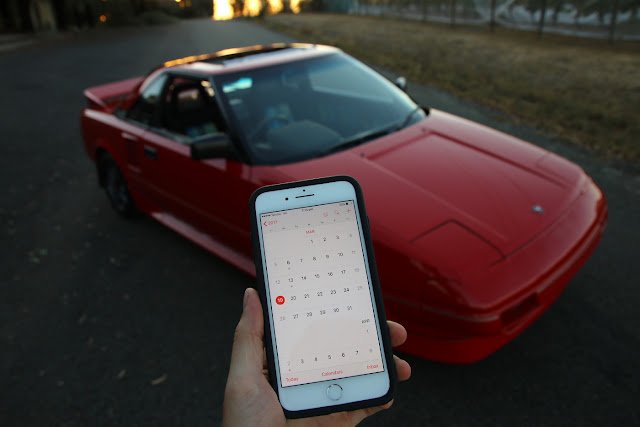 ...no date-stamp function on the camera? Pah - this'll do! 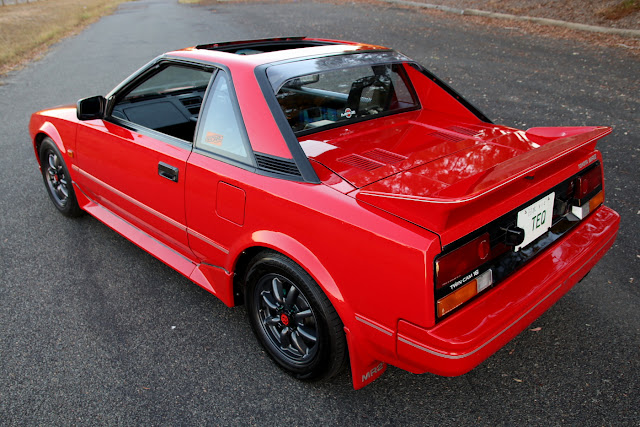 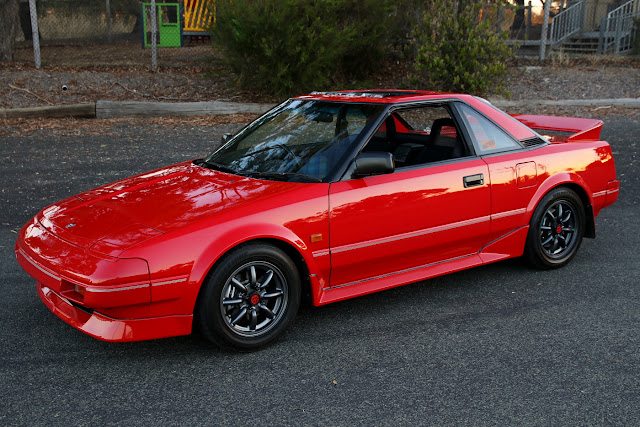 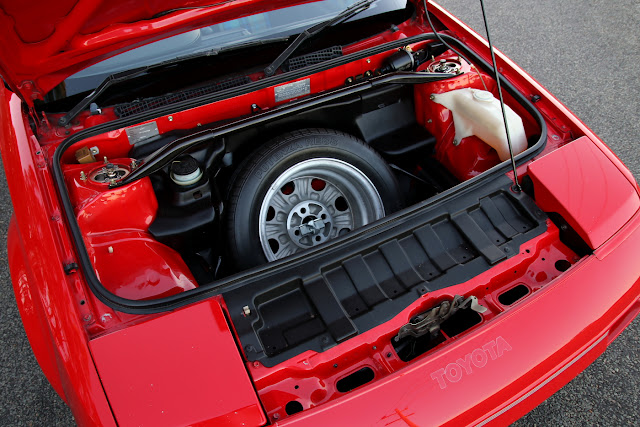 ..the original 'teardrop' alloy spare though. 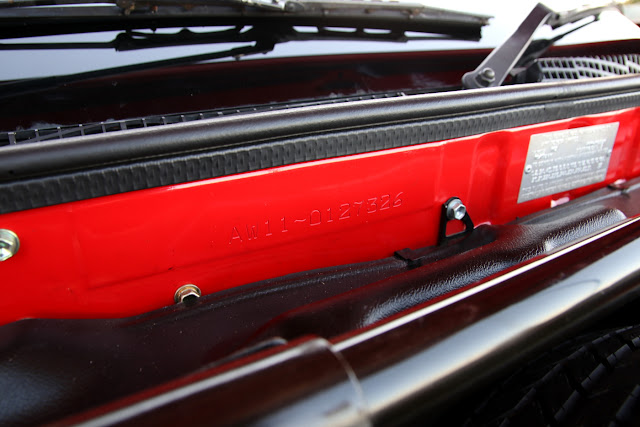 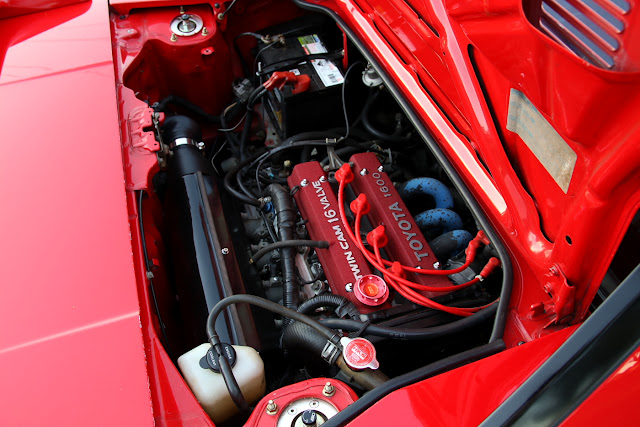 Running an airbox instead of the usual open throttles. 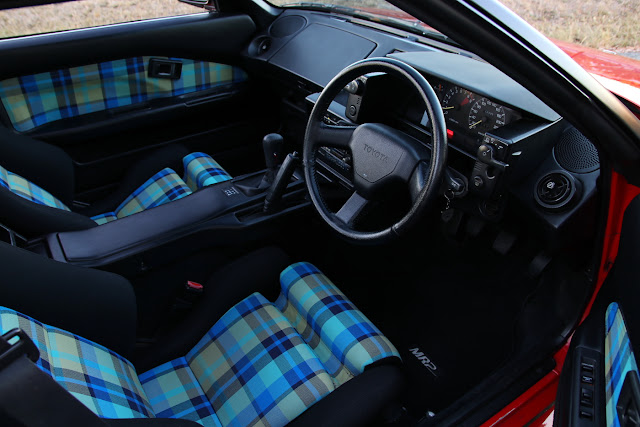 All as usual in here. 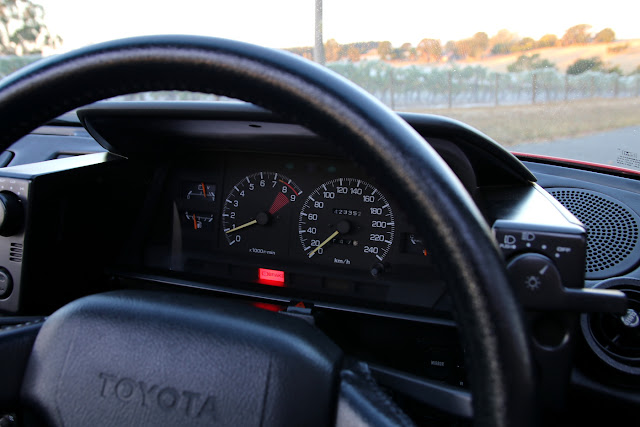 Photos and forms were sent through, and approved a couple weeks later. Success.
Next step was the roadworthy-certificate.
Nothing fancy here, so off it went for its $170-odd inspection with fingers crossed. A couple express-posted engine mounts and a balljoint later, I had my certificate!

Off to VicRoads I went. 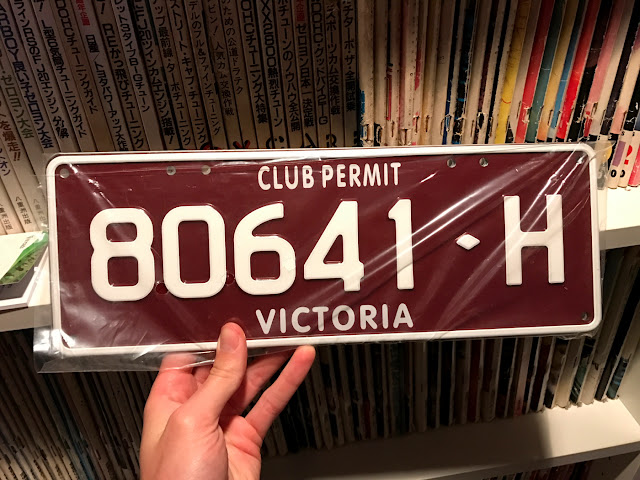 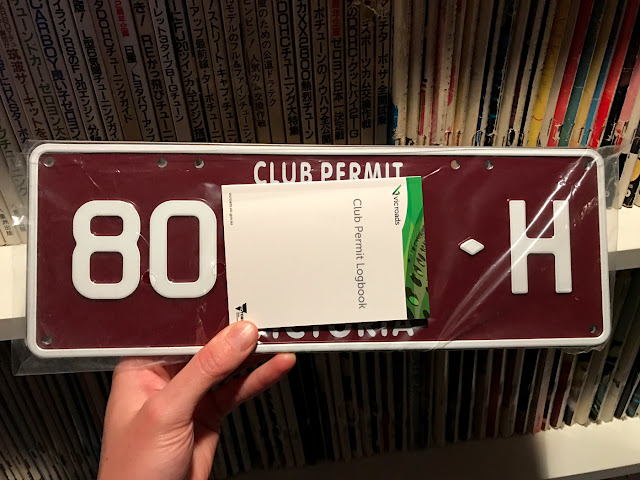 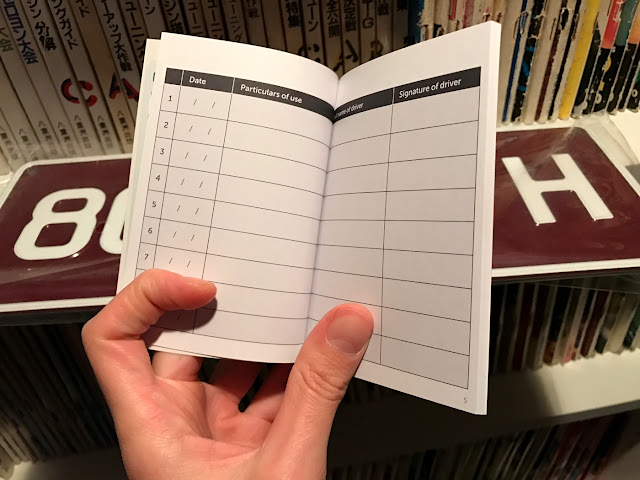 ..and inside that Club Permit Logbook.

This is very simply filled-out every day the car is driven. Easily cheated no doubt, but the scheme is generous enough that 99% would never have to bother.

..seeing I've had these plates since the 12th of April, and haven't so much as screwed them to the car..? Yeah, I think I'll be fine...