New found technology and performance for the Mazda's Corolla/Civic-sized fighter in the mid-eighties. More cams, more driven wheels; the then top-tier of the fifth-generation (BF, 1985-) Mazda Familia, this one currently for sale at a dealer in Shizuoka, Japan.. 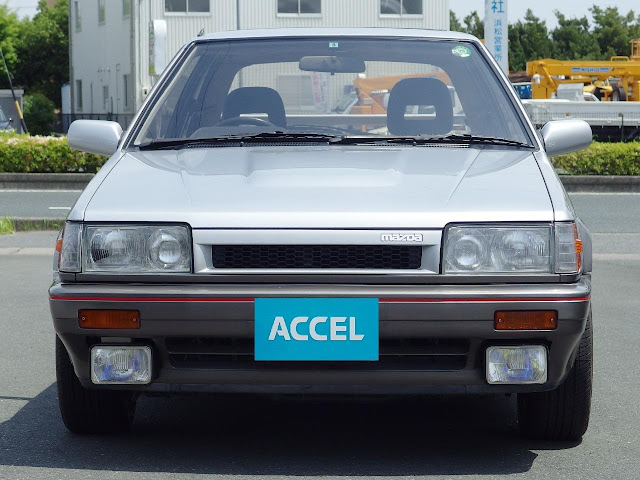 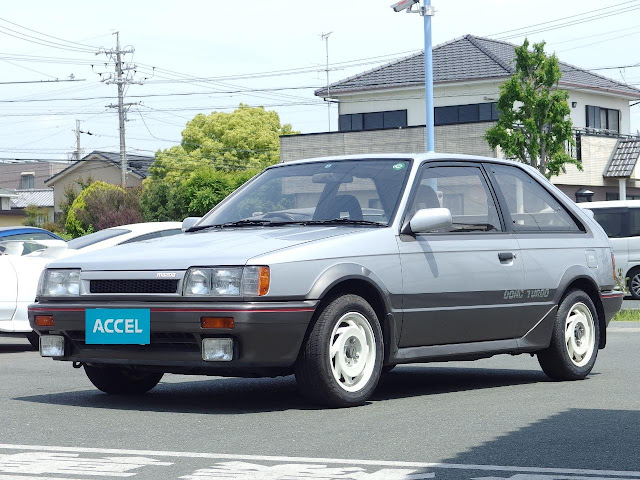 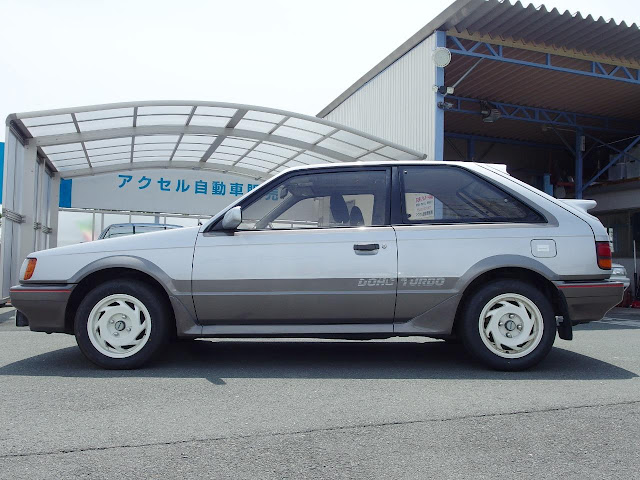 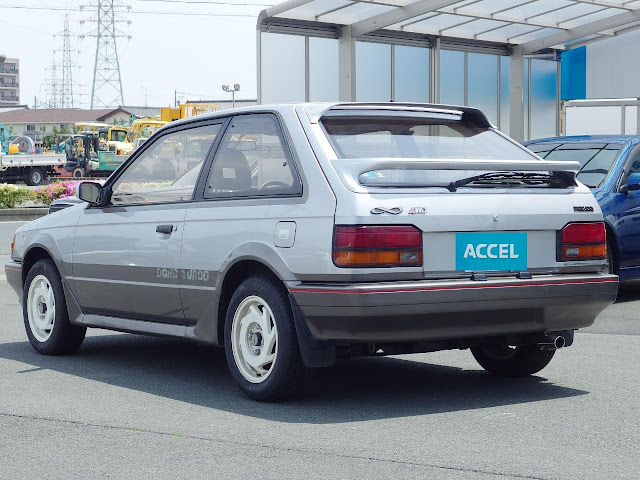 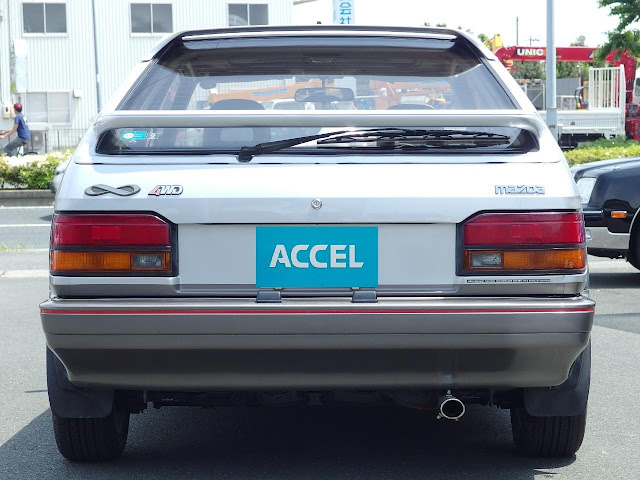 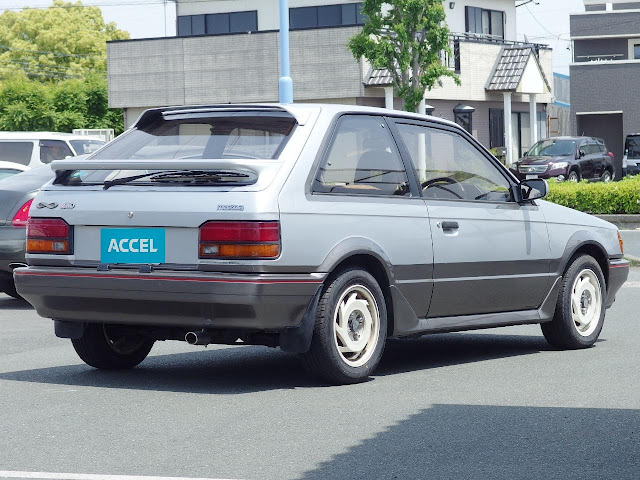 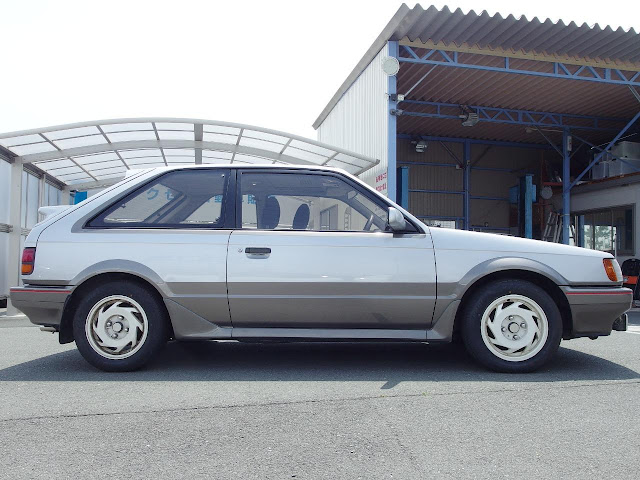 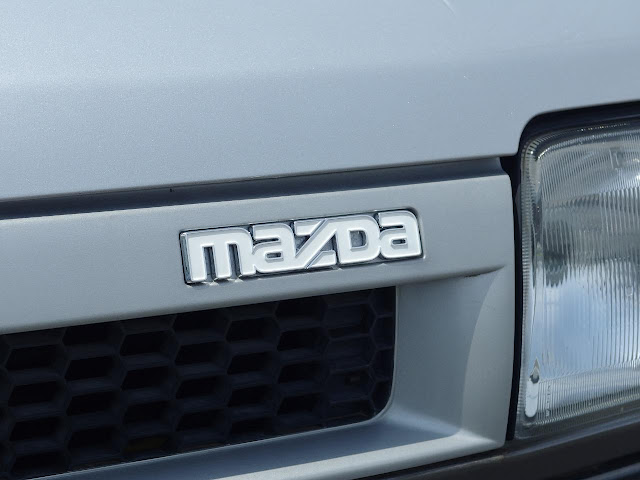 1985 BFMR Mazda Familia FULL TIME 4WD 1600 DOHC TURBO GT-X.
GT-X making this one as loaded as could be at launch. As good as it got, and a solid notch above the single-cam-jam front-driver equivalent we were offered in Australia at the time.

Thirty-three years later is not too late for this one though, right? Well, that'd be if someone was willing to pony up the one-million-yen-plus asking price before shipping... for a 323. Screaming value for what's a classic performance Mazda, but perhaps just a little strong for Australia's 323/Laser market just yet! 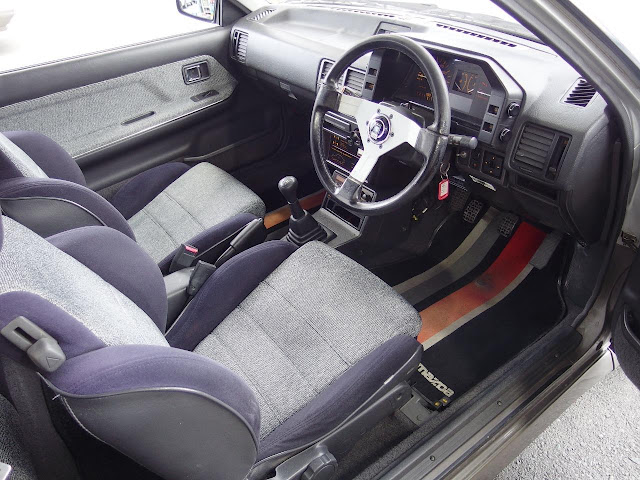 Largely stock save for a few period bits and bobs. Those choice little directional alloys wouldn't have to go anywhere.. 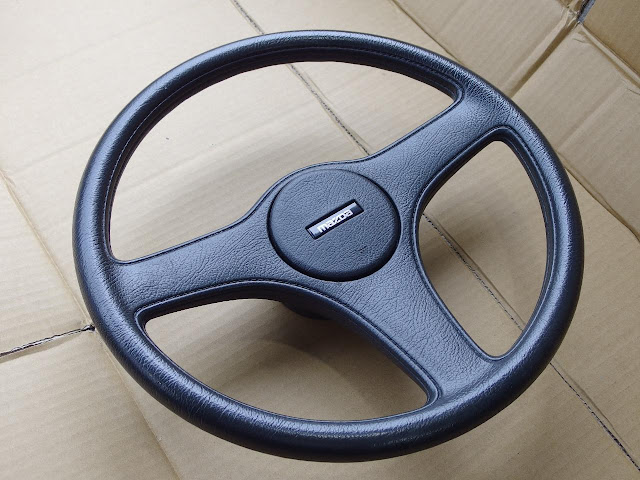 ..while the attractive original wheel'll likely be in the boot. That'd go back on quick-smart! 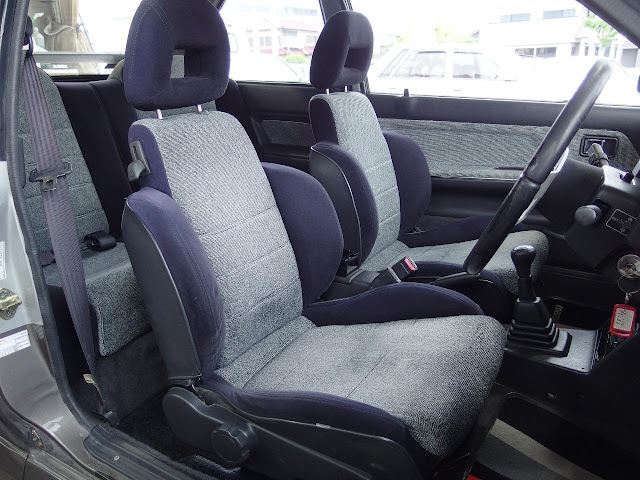 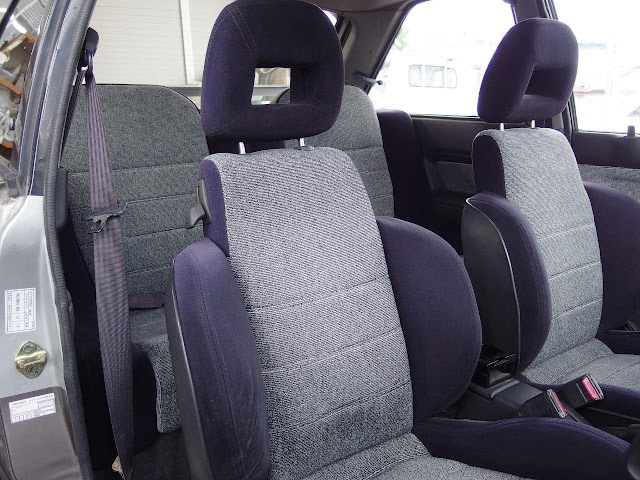 Prelude-ey shape on those front chairs... 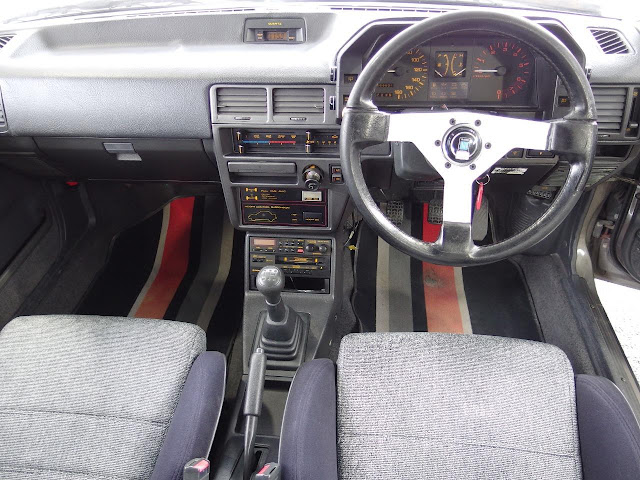 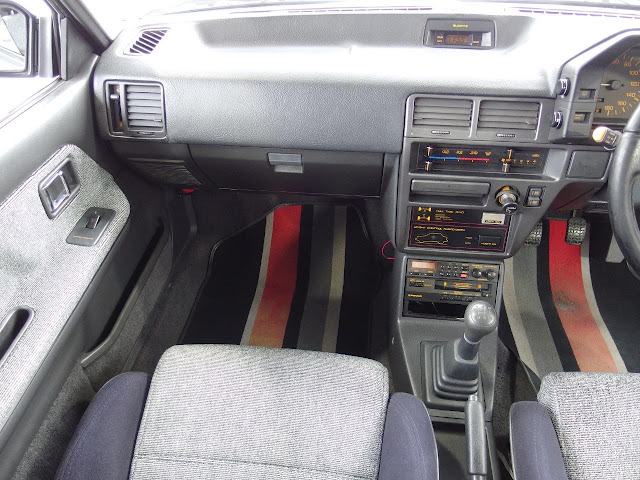 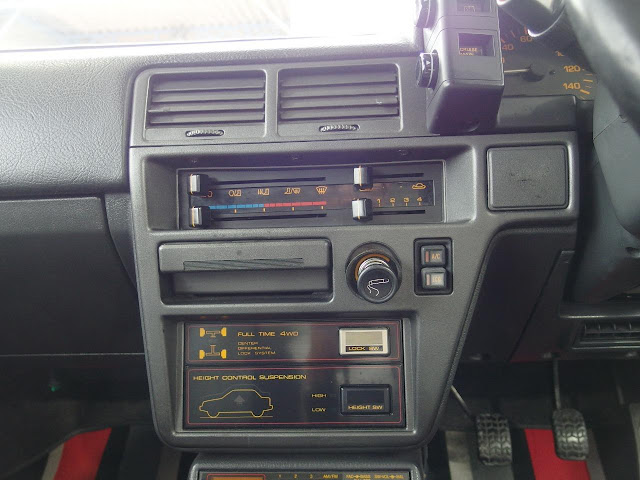 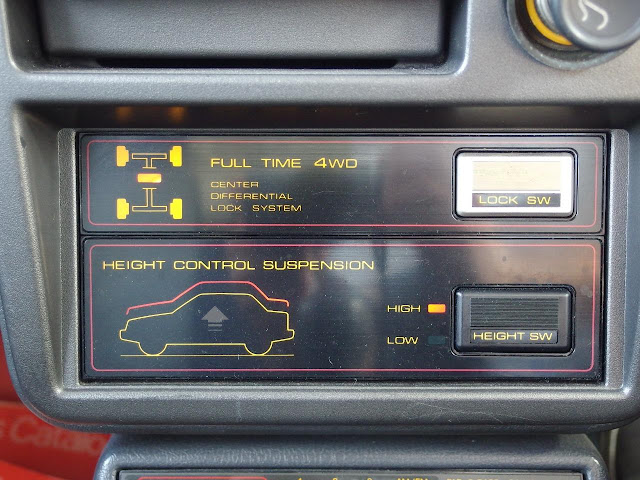 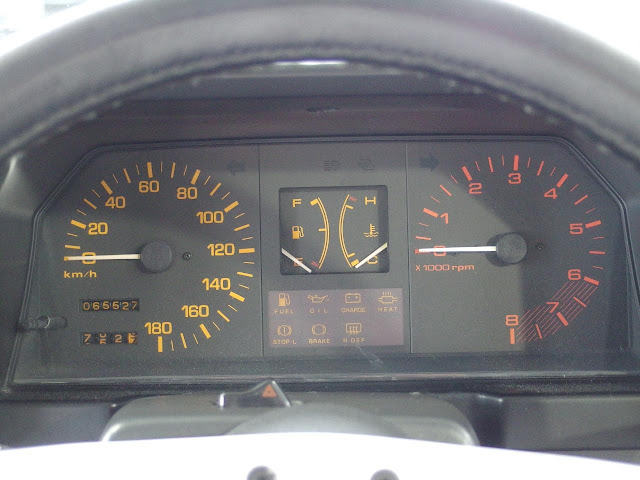 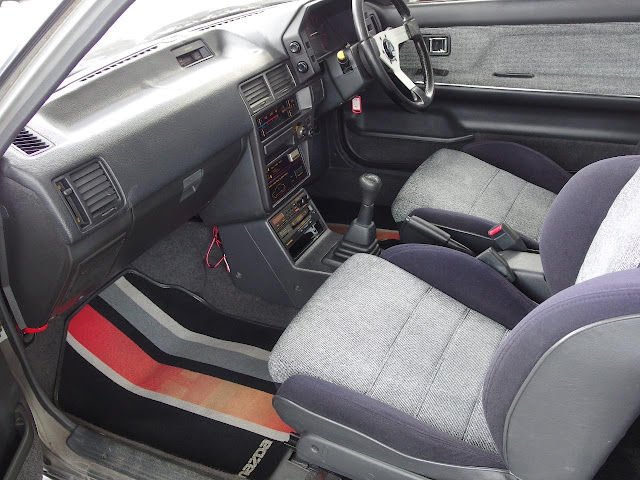 It's a shame so few kays have taken such a toll on the original mats. They'd look brilliant with the three decades of red ink lost, carefully returned.. 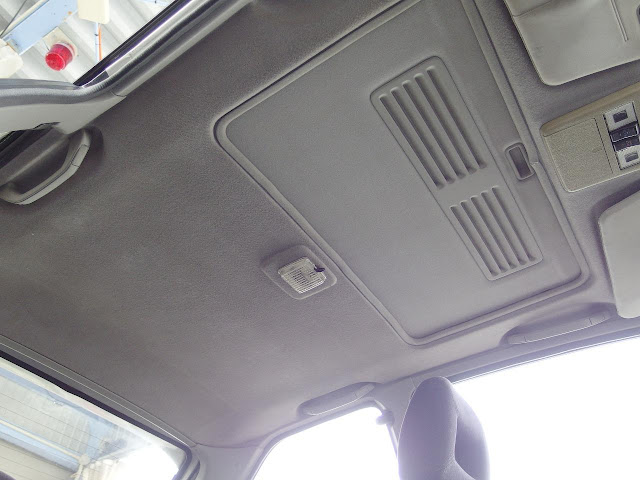 Large electric sunroof with ventilation grille. I suppose that means you can have it on tilt with the shade closed? Live dangerously. 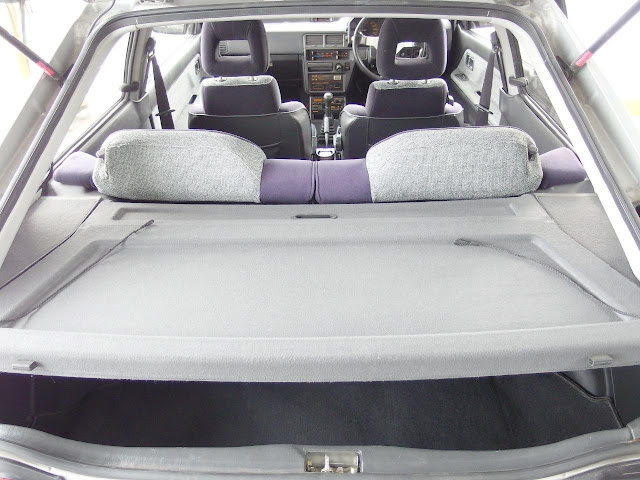 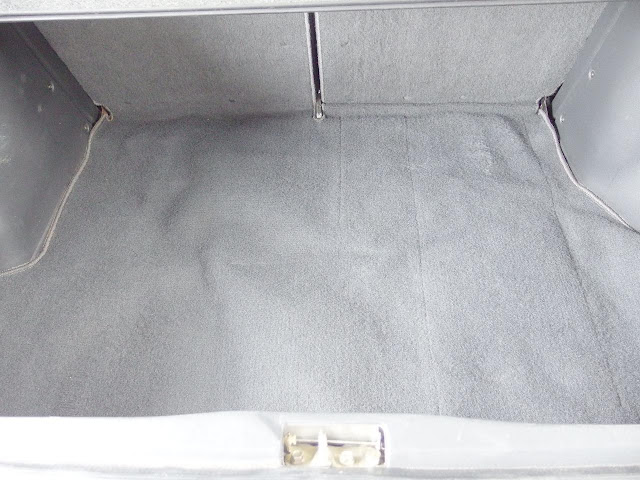 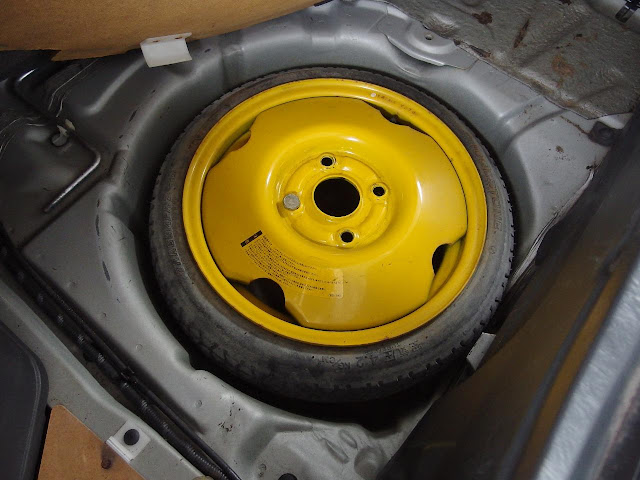 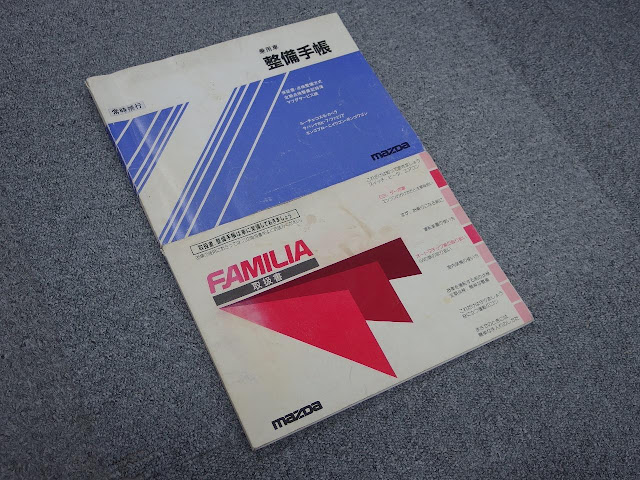 All tidy, all there.. 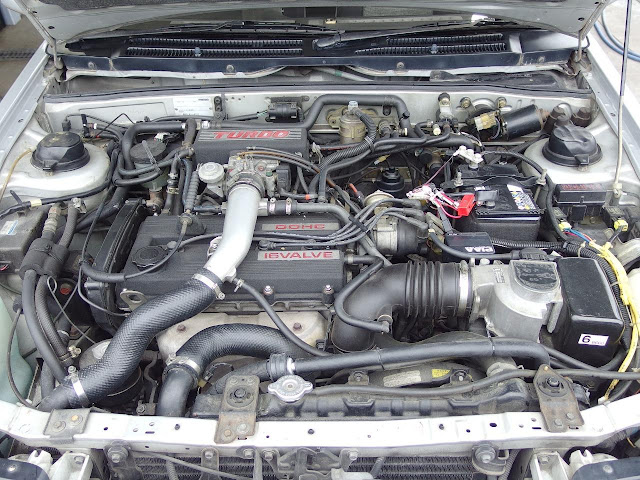 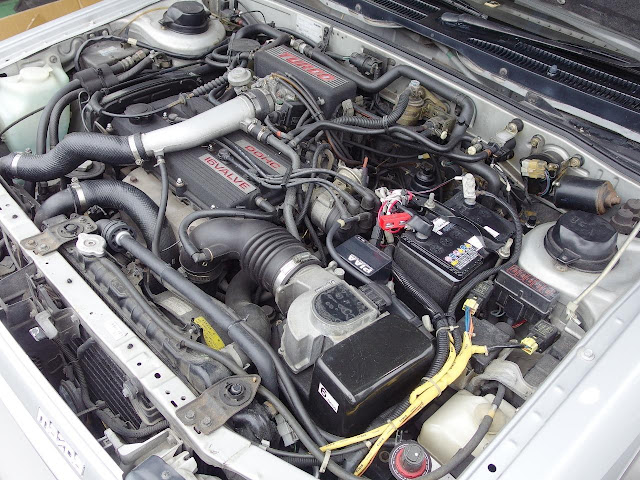 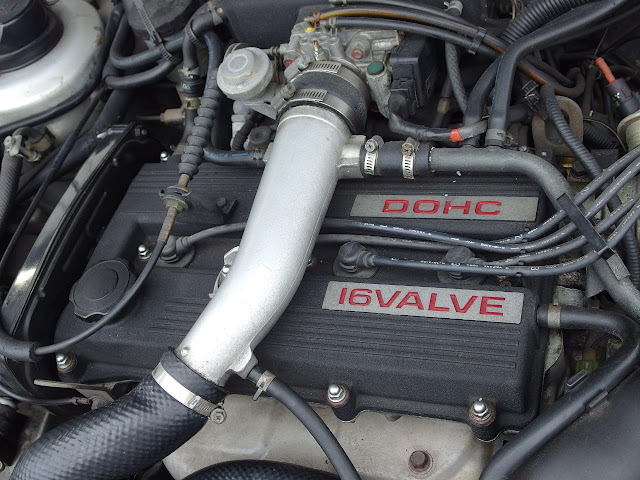 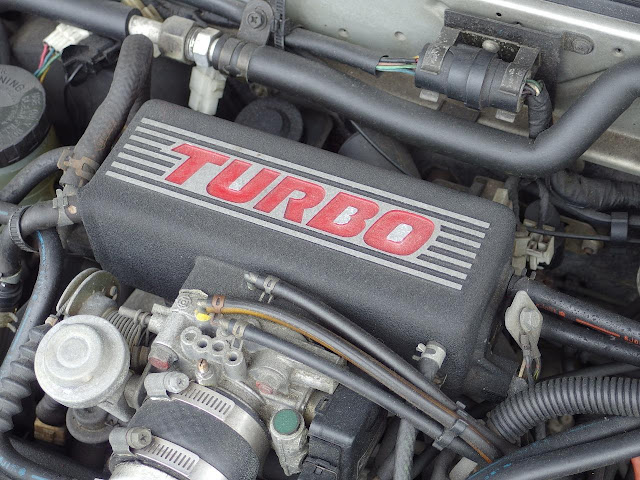 Good for a whisker over 100kW (140PS) and a decent chunk of torque for a 1600cc unit.
The wide cam cover, wrinkle black paint, machined highlights and red lettering makes this thing a pretty unit, even if nothing else. It's a motor I'd interestingly find locally most easily in a Ford Capri - the source of the cam cover I salvaged and refinished for a blogpost 18months ago: 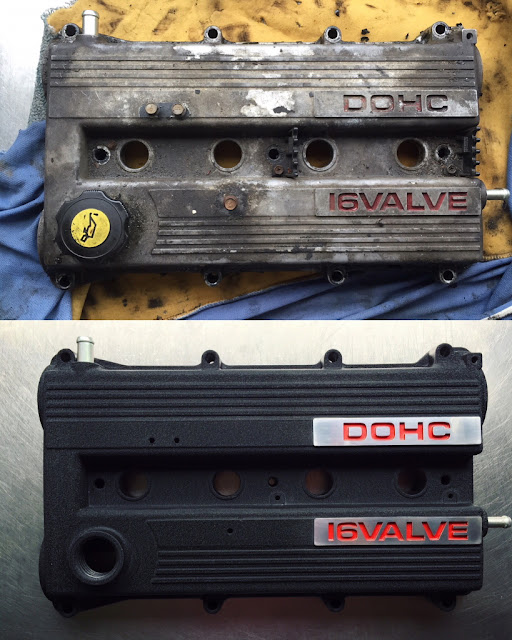 No rush for this Familia though it seems. Talk about backing up that odometer eh..!