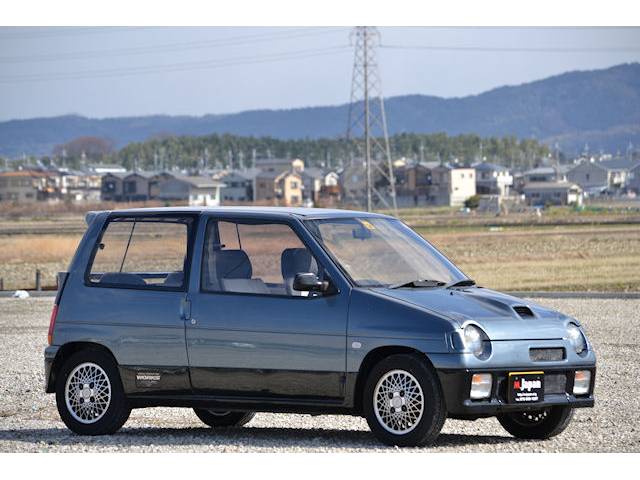 Cute is definitely the name of the game here. 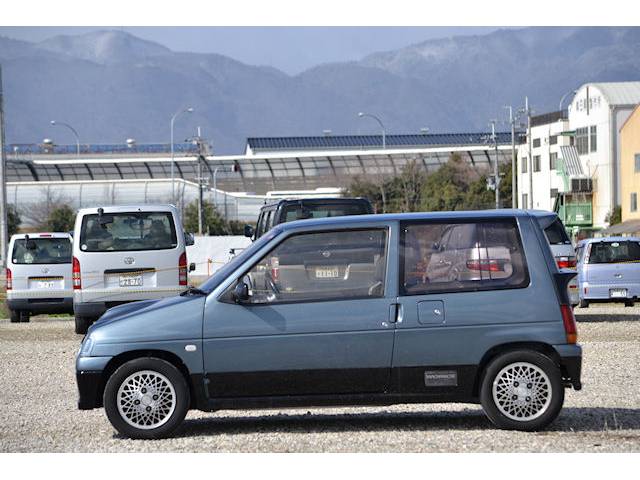 Its an early CL11 Suzuki Alto Works RS/X
A 1989-build of the third generation Suzuki Alto, which hit the market late the year before. 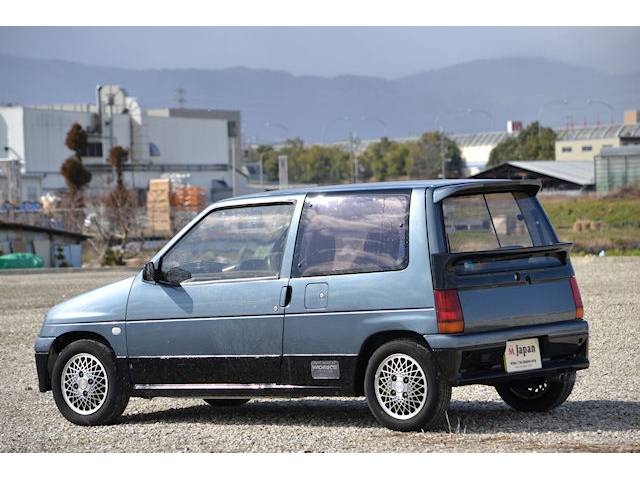 I admit I like the previous model even more; but that's in no way to say this isn't pure awesome on its own!

It has plenty of its own interesting details - just not as loud or 'in your face' as the second-generation Alto. 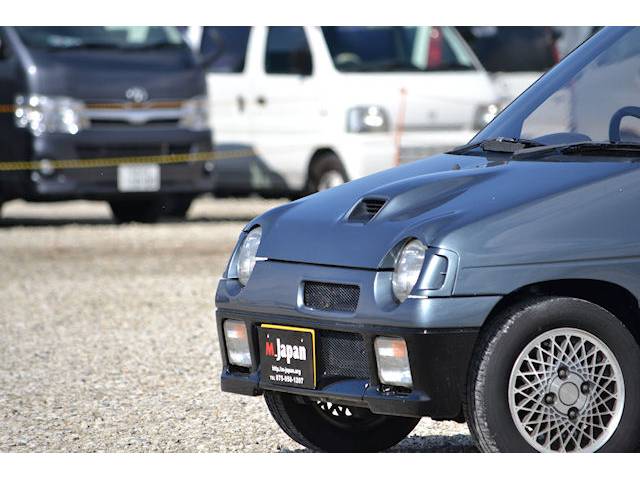 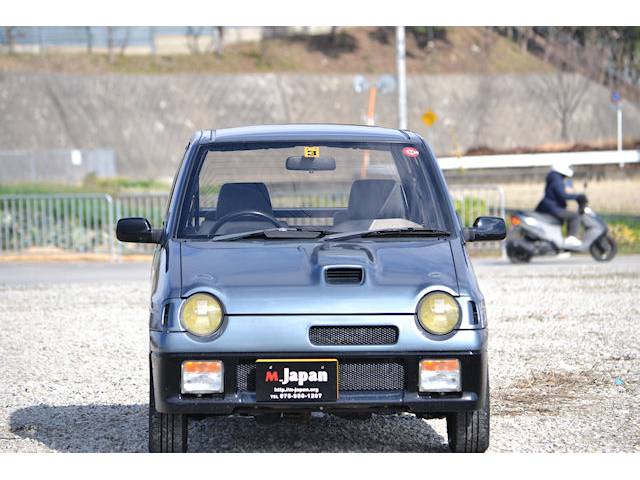 The very-large, round, headlights really stand out; and thanks to the black two-tone on this particular car, the grille looks like a quirky off-centre smile!

Speaking of off-centre, that little bonnet vent is awesome - and feeds the top-mount intercooler on the twin-cam 657cc (F6A) Turbo four! Like the previous model, this produced the Kei-maximum of 64hp; and on this RS/X (not RS/R) model, sent power to the front wheels only. 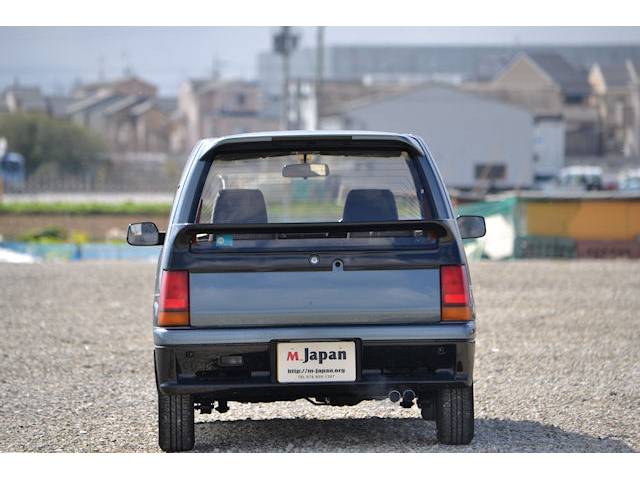 Out back, we've got two spoilers, twin exhaust tips, and a rather bare looking tail-gate.
Nothing too exciting, yet nothing particularly offensive on this end. You could never call it ugly..! 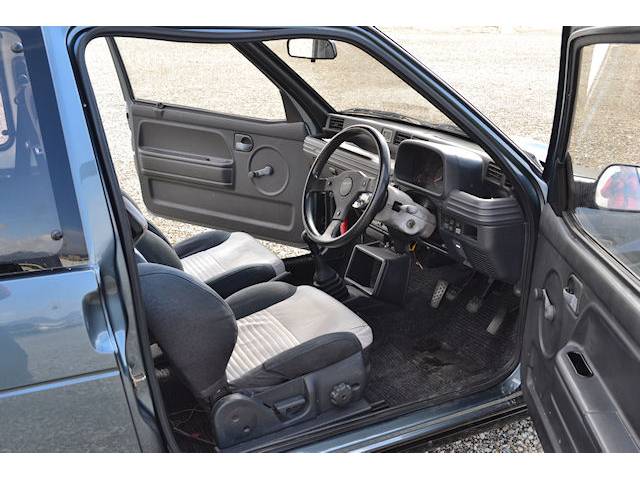 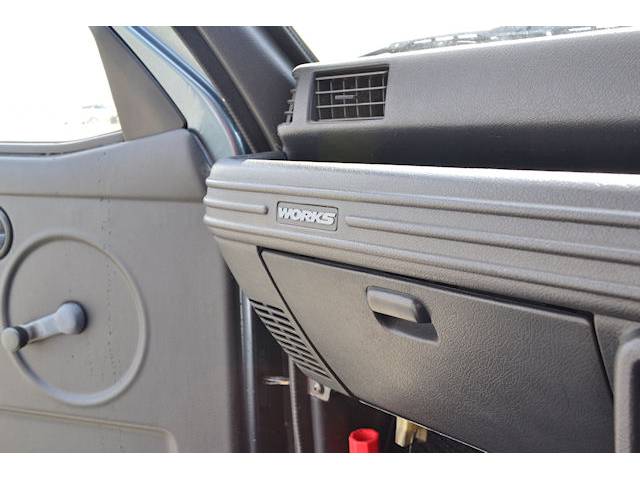 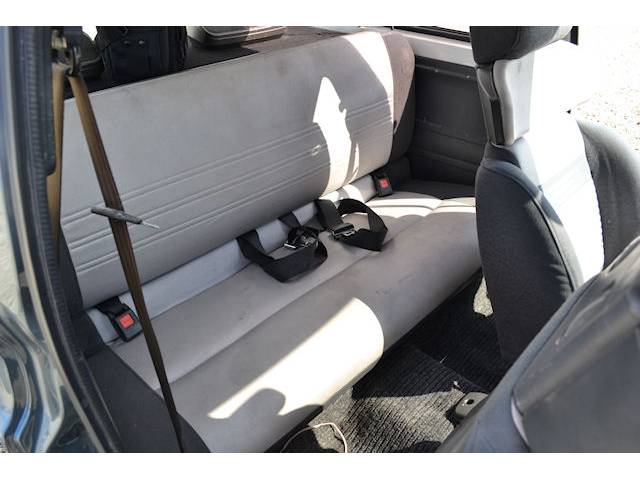 Like the outside, the interior too is a little more sober looking than its predecessor. Its not bad though - and the dash in particular (with that full-width ribbed strip) is pretty interesting.. and no doubt bloody practical with the open storage space on top!


Anyway, thats that.
This generation of Alto had called-it-a-day by 1994; which leaves it with a more 90's feel, than it was 80's - but its no-doubt cool regardless!

[thumbs up to the dealer M.Japan (?) too, for the cool pics. I always recognize their different 'full zoom from across the carpark' pics when browsing for cars..!]
Posted by RdS at 00:07